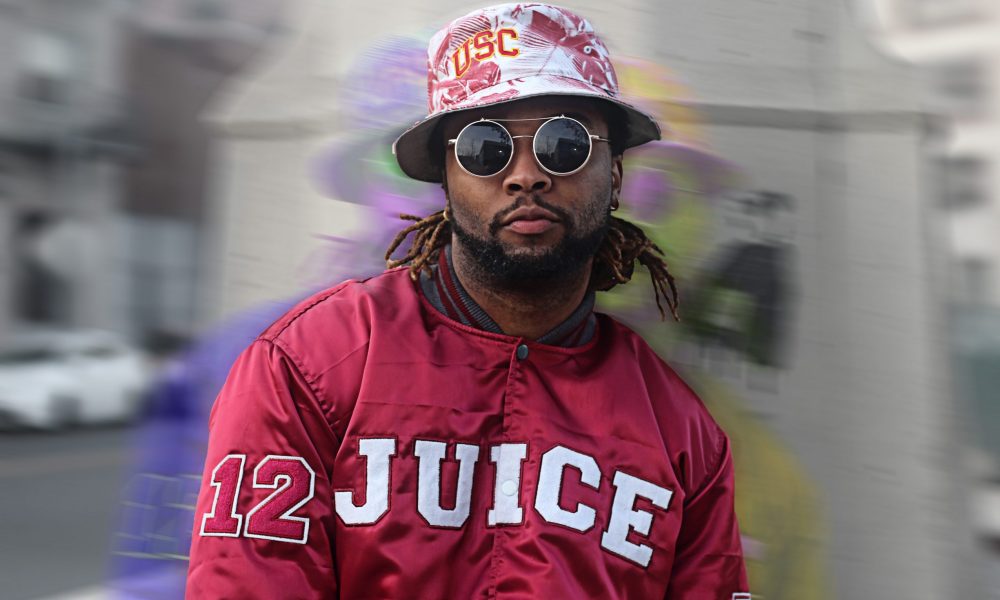 Today we’d like to introduce you to Juice Harris.

So, before we jump into specific questions, why don’t you give us some details about you and your story.
December 20, 2012 should have been the happiest day of my life. I was graduating with honors and my BFA in Fine Arts from Clemson University (a top 20 university at the time) and on top of that, it was my birthday. However, I wasn’t in the mood to celebrate much of anything. So I took a nap, I didn’t realize it then but I was lowkey depressed. The picture that I had in my head of what my life should look like at that point in time was not matching my reality. I had no job, no prospects, and not even any interviews lined up. The possibility of being a starving artist were manifesting. So I meditated on who I wanted to be. When I woke up, I knew I needed to start showing up as that person, everyday. With that Juice no longer was a nickname, it was an affirmation. “Just a Unique Individual Creating Empowerment”.

Being an artist, I used to sketch to pass time. One of my friends saw what’s now known today as the Juice logo and convinced me to put it on some sweatshirts. I sold the first set of sweatshirts out of my mom’s Jeep in few days. That sparked an idea that I could use my passion, art, to reach a larger audience. With the help of my friend, I came up with various ways to make Juice unique from other brands. For instance, I loved the way Michael Jackson used to make mini-movies out of his music videos, so with that as my North Star I would drop a short video with every new release for promotion.

Only one problem, they were so bad, well to me they were! I had the ideas, but the execution wasn’t there. I didn’t know what I didn’t know. But I wanted to learn, so I googled the best film schools in the world. I saw that USC was #1 and said “I’m going there”. After a year of working on my application I applied, got accepted, packed all my belongings in my Toyota Camry and enrolled in January ’16. The next six semesters were a rollercoaster but I learned so much about what it takes to tell a story well as I graduated with my MFA in Film and TV Production in December ’18. Mission accomplished.

Life’s funny, I started out wanting to make better videos to sell sweatshirts, which lead me down a path to writing television shows and feature-length movies. Now I want to empower people not just with the content I create but with the knowledge that I learned along the way.

We’re always bombarded by how great it is to pursue your passion, etc – but we’ve spoken with enough people to know that it’s not always easy. Overall, would you say things have been easy for you?
It’s been bout as smooth as a book written in braille. While in grad school, I worked three part-time jobs (totaling full-time hours) while being a full-time student. That was just cruel and unusual punishment, but you have to do what you have to do. I still graduated with a 3.8! But I think one of the biggest things I personally struggle with is staying true to myself and not getting lost in the sauce out here. Knowing which opportunities to take and which to let pass because they don’t align with my value system can be tough. Especially when people tempt you with a bag and your bank account is one swipe away from being overdraft.

Another thing I struggle with is knowing when to make changes to a script because it makes the story I want to tell better versus making changes to make them more palpable for “larger audiences”. For example, I wrote a story once and one of the characters was a widowed mother, working the graveyard shift. Her son was one of those boys dipping and dabbling in the streets. I had someone say to me, “why don’t you make things hard for her? You know, like the mother on Moonlight. If she was on drugs or in abusive relationship, I’d empathize with her,” Now for me, I’m like do you know how hard it is to be a Black Woman in America, raising a Black son… by yourself because your husband died? He didn’t. Needless, I didn’t make that change. Did I miss the opportunity to have something created? Maybe. But it goes back to what I said earlier, if it doesn’t align with my values I can’t get with it.

Lastly, I’m good at a lot of different things, but I struggle with knowing where to spend my time creatively. Wasted time is worst than wasted money… I can’t get that time back. I don’t want to be one of those people who’s a jack of all trades but a master of none. Everything I put my name on, I want it to be top tier. So finding that balance has been tough.

Please tell us more about your art.
Juice is a business that uses art to empower. So anything from oil paintings and digital illustrations to screenwriting and content creation. Right now, I specialize in creating stories that explore a Black experience where we come out victorious. Showing a world, I wish existed as opposed to “art reflecting reality”. But that being said, I’m most known for my apparel, I’ve been doing that longer and that’s how people came to know the brand through the apparel.

When people that I don’t know personally tell me that Juice inspires them or when someone mentions the influence that Juice has had on them, I smile bigger than the Kool-Aid man! That’s the proudest thing that Juice has accomplished as a brand, living up to its mantra; Aspire to Inspire.

Juice is different from other brands from the standpoint there are many branches bearing various fruits. I don’t just make cool clothes, paint photorealistic compositions, or write unapologetically Black stories. I do all of that for the sake of empowering people.

So, what’s next? Any big plans?
Right now, I’m seeing what other creative branches I can have grow from the Juice tree. I know one of the things I’m researching is how to launch an organic juice business. That just makes too much sense. There’s not many juice spots where I’m from and I know that we need that option in our communities so that’s something I’m really interested in. Aside from that, I’m putting together an eBook, to teach some of the things I learned in grad school: story structure, character, outline, etc. I know that many people are like me, wanting to create better content but don’t know how or can’t afford to go to school to learn.

On the creative side, I’m also taking meetings about one of the pilots that I wrote! I’m excited about that! But one of the things I’m most excited about is teaming up with some of my friends and collaborators from USC and working together to create some of the stories that we have.

I’m making the most of my time in quarantine, revamping my website and I’ll be launching some new apparel soon too! 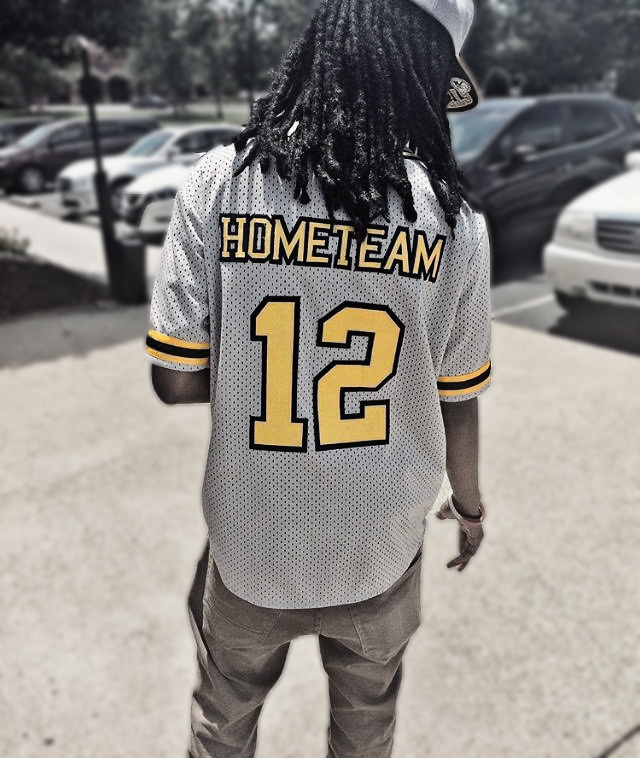 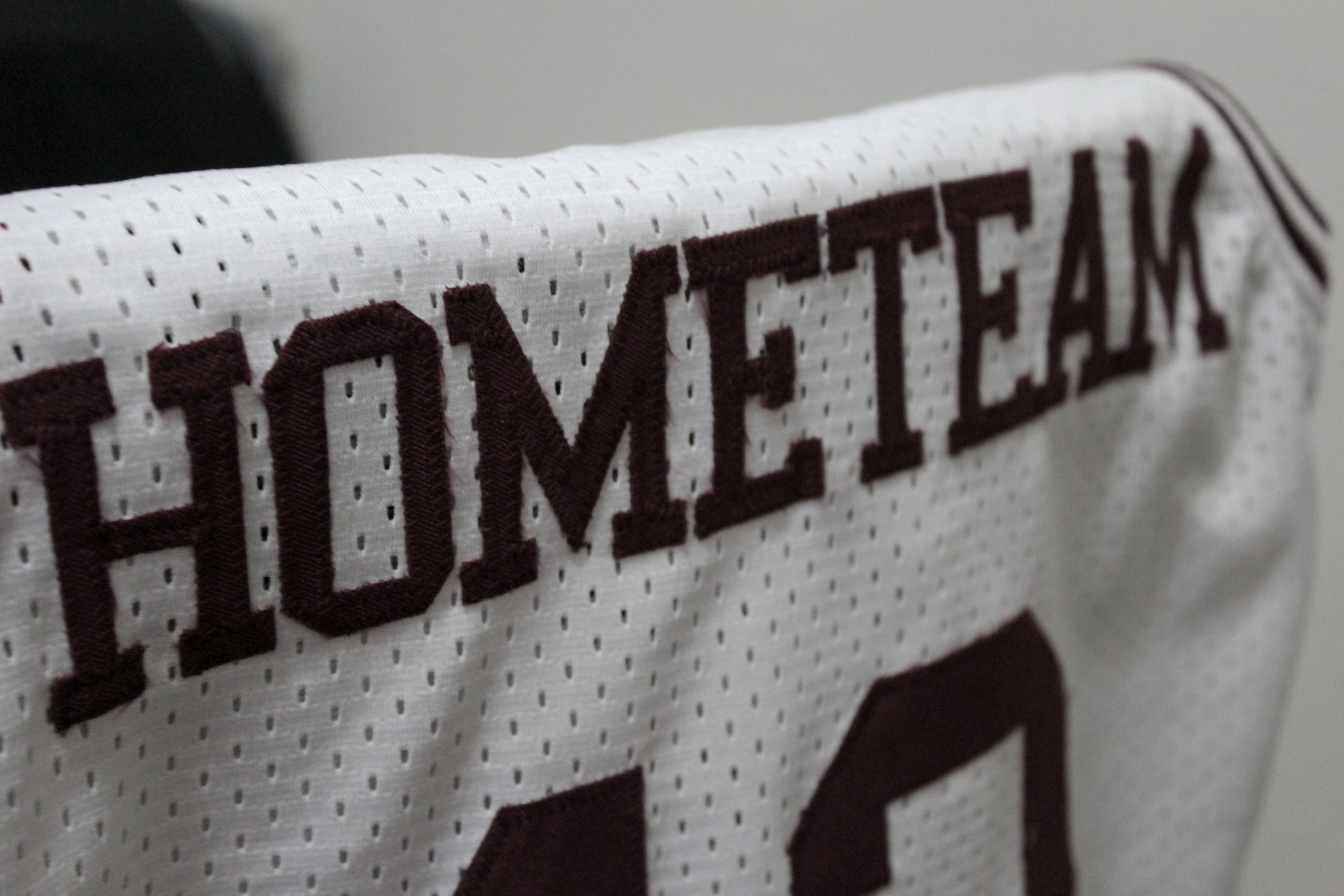 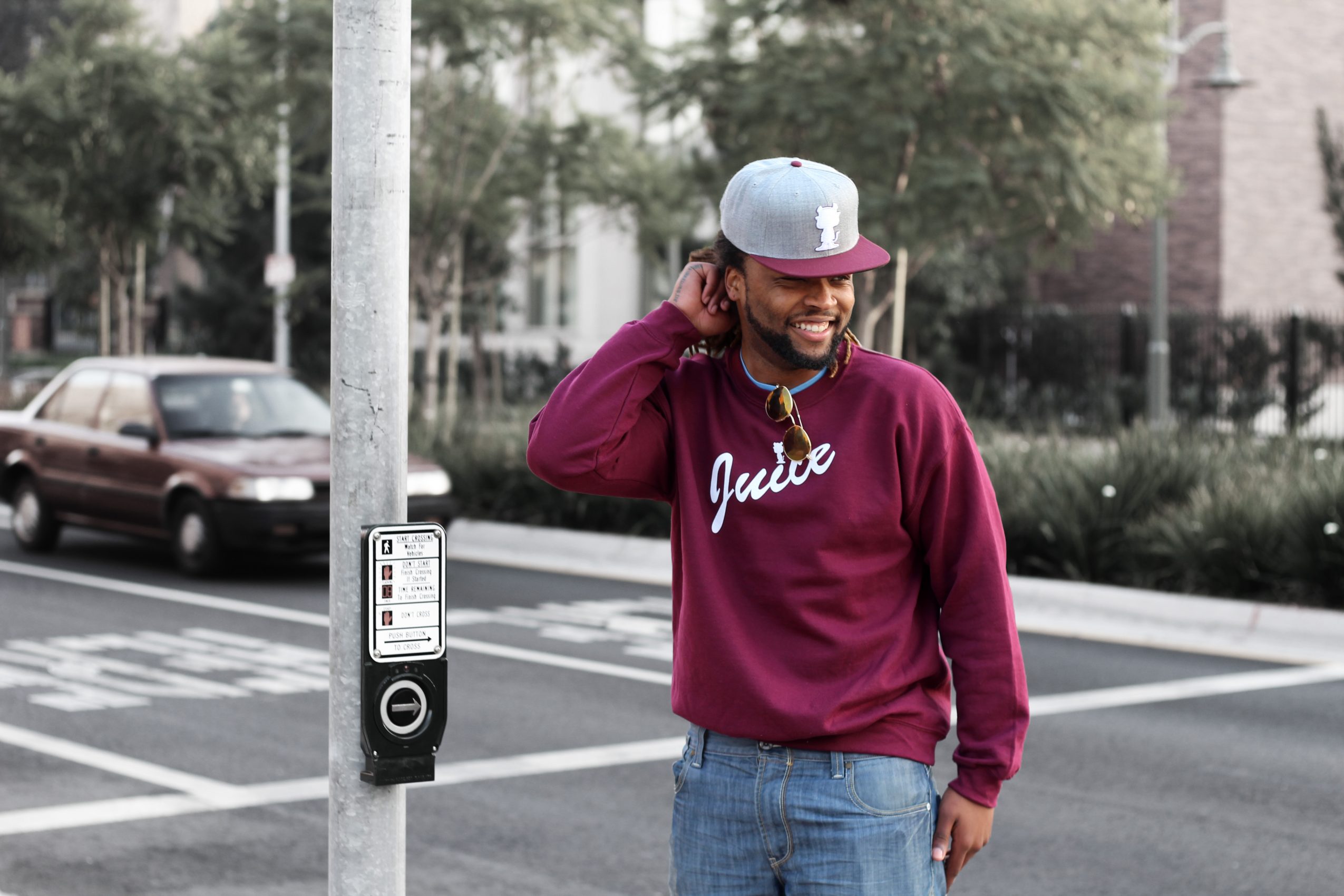