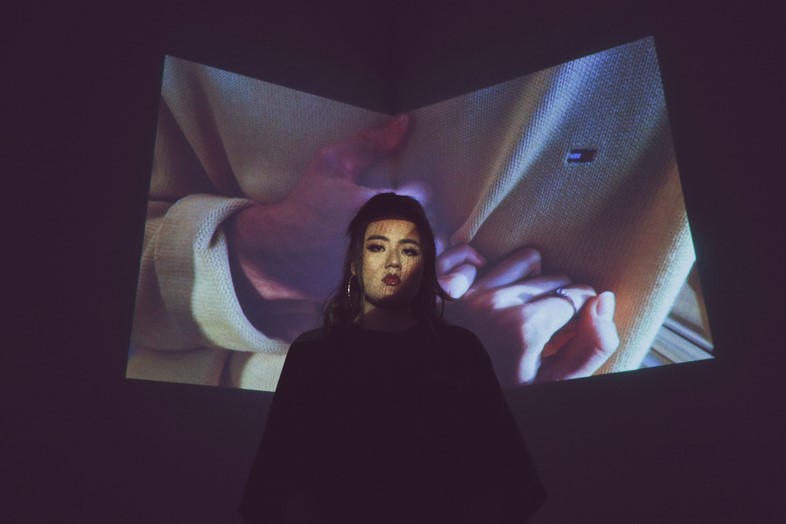 Today we’d like to introduce you to Judy Kim.

Judy, let’s start with your story. We’d love to hear how you got started and how the journey has been so far.
The earliest memories of music I have is singing along to old 90’s Kpop my dad played in the car and learning to play “Edelweiss” from “The Sound of Music” by ear. I knew from an early age that I loved music, but I was too shy to perform in front of anybody, nor did I ever entertain the idea of pursuing it as a career. Nevertheless, my passions took over and I wouldn’t have it any other way. My family and I immigrated from South Korea in 2004, and all of our energies were spent learning English and getting assimilated into American culture. One of the ways I accomplished both was by listening to The Cheetah Girls and Natasha Bedingfield CD’s nonstop. I had no clue what they were saying, but I fumbled and mumbled the words and sang along anyways.

Slowly but surely, I crawled out of my shyness and performed for the first time. Before you knew it, I joined the high school choir and sang the anthem at basketball games. Soon enough, I fell in love with performing, and I felt validated in my musical talents and started looking at music as a possible career path. Senior year came around, and I had to seriously consider if music was what I wanted to pursue. Last minute, I chickened out and chose political science as my major. Right away, I regretted it. Honestly, I still don’t even know what political science is. Only after a single semester, I switched over to music in the Spring. It was singlehandedly the best decision I’ve ever made.

During college, I practiced, performed, rehearsed, arranged, listened, and transcribed more music than I’ve ever have in my life, and I loved every second of it. I grew so much as a musician and performer, and I was convinced that I was destined to become an artist and represent Asian Americans in the American music industry. I finally graduated in May 2018, and I step foot into the real world, ready to work. So far, I’ve gotten the opportunity to sing background vocals for a Christian artist, sing at The Peppermint Club in West Hollywood to give tribute to Aretha Franklin, and produce tracks for aspiring artists, occasionally giving them vocal lessons on the side. But in the back of my mind, I knew there was more that I could do and that is when I dove into songwriting.

So far, it’s almost been a year since I’ve graduated from college, and I’m blessed to say that I’m doing what I love the most in the world. I’m fully pursuing the music career, hoping to link up with other songwriters and producers to pump out some amazing tunes for artists to take on. Maybe one day I will become an artist. Who knows! As of today, I am a vocalist, voice coach, songwriter, and producer. I am also an assistant to a multi-platinum songwriter, Chikk Bell. It’s been a crazy journey, and I’m literally just getting started.

Great, so let’s dig a little deeper into the story – has it been an easy path overall and if not, what were the challenges you’ve had to overcome?
The road has been anything BUT smooth. It wasn’t difficult because of all the countless rejections from countless auditions. That’s a given. Unfortunately, I’ve never experienced more racism than ever before in my life. Every audition I went to, I was usually the only Asian person present. This never bothered me, until someone would point it out.

I remembered walking to the back of the line at an audition, and I audibly heard people say, “Girl, is she lost?” or “Is she at the right audition?” Once I was auditioning to be a background vocalist for a major artist’s summer tour. After I sang, one of the men working the audition said, “You better sing, Mulan.” Another time I was waiting in line, a daughter of a very famous singer made the slant eyes gesture at me. I was so appalled and shocked because I looked up to her father so much and he was a legendary artist in the 80’s. I was thoroughly disappointed to see another person of color stereotype another.

Racism is an endless battle, and the only way to fight back is through education. The American music industry has almost no Asian representation. Not anyone that looks like me at least. Honestly, I don’t blame people for stereotyping me and having preconceived notions that I wouldn’t be good because of my skin color because you don’t see people that look like me anywhere in the American music market. Thankfully it’s gotten much better now with the popularity of Kpop booming. But we can do better, and I think it’s time for an Asian American artist to step up and represent.

We’d love to hear more about your work.
I am a vocalist, voice coach, songwriter, and producer. As a vocalist, I sing at venues whether as a solo act or in a group as one of the background vocalists. I also occasionally sing at churches and lead worship. As a voice coach, I give lessons and help singers better their technique and projection. It’s really cool to see singers come out of their shells and fully express themselves with their voice. As a songwriter, I do exactly that. I write songs! I arrange the vocals, write the lyrics, and make the melody. I’m currently gathering tracks for a catalogue so that I can start getting into songwriting sessions with other songwriters and producers.

As I am writing the songs, I would simultaneously produce as well. I originally got into producing because I had so many musical ideas, and I thought it would be better to produce it myself rather than haphazardly explain what I’m hearing in my head to another producer. Soon enough, I’ve become infatuated with producing and I’ve been given the opportunity to make demo tracks for aspiring young artists. I still have a long way to go, but I hope to continuously grow and get better and better. I’m mostly proud that as I’m doing all of this, I’m also doing exactly what I’ve always wanted to do: Bring female Asian American representation. As I’m working and doing my thing, I hope to inspire other young female Asian American musicians to follow their passions despite what others may think of their skin color.

Is there a characteristic or quality that you feel is essential to success?
Faith and resilience for sure. Life will throw many obstacles, but you can’t stay down there forever. You need to learn from those hardships and get back up in faith that things will get better. I’ve always discouraged the idea of pursuing music as a career because I was afraid of its instability and competitive nature. However, I quickly realized that what’s most important and rewarding is doing something you truly love. My dad would always tell me to pursue something that you enjoy so much that it makes time irrelevant. To me, that’s success. 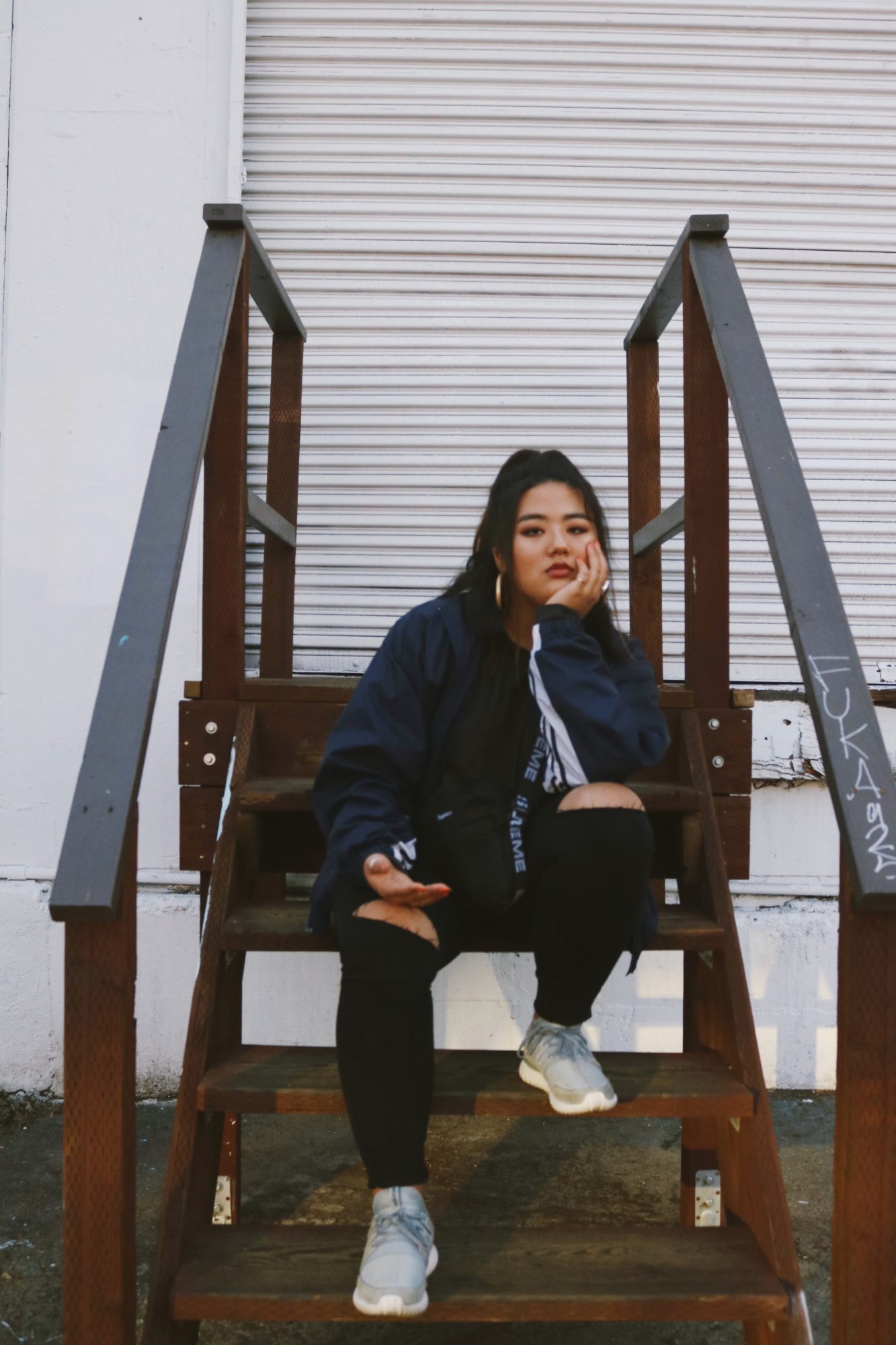 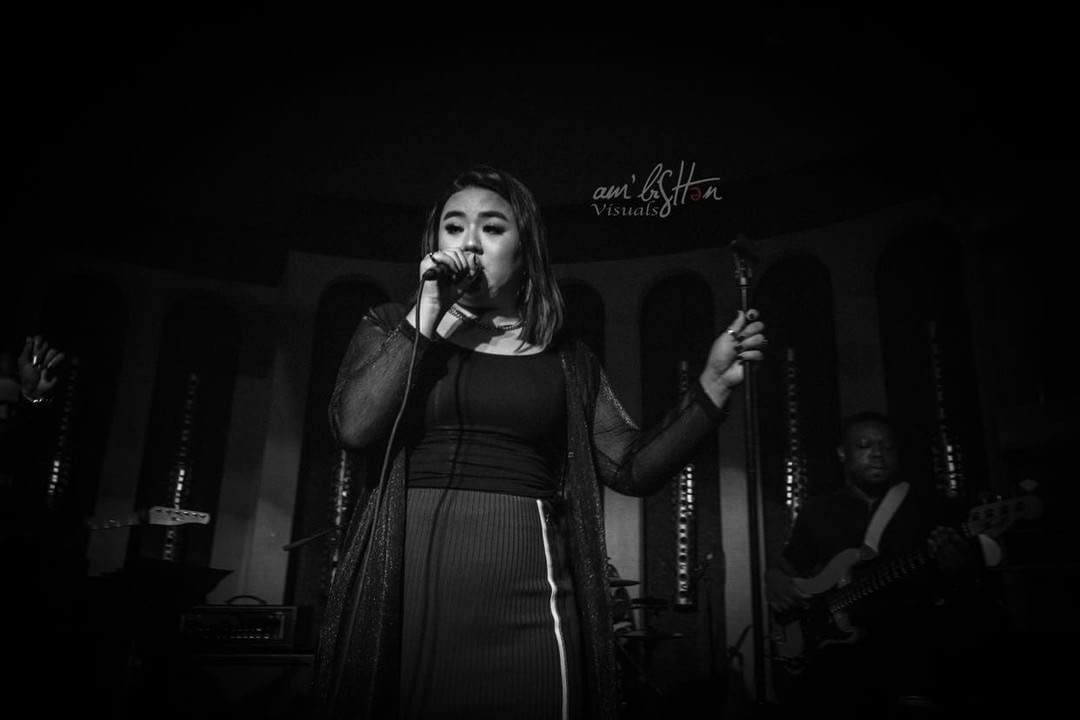 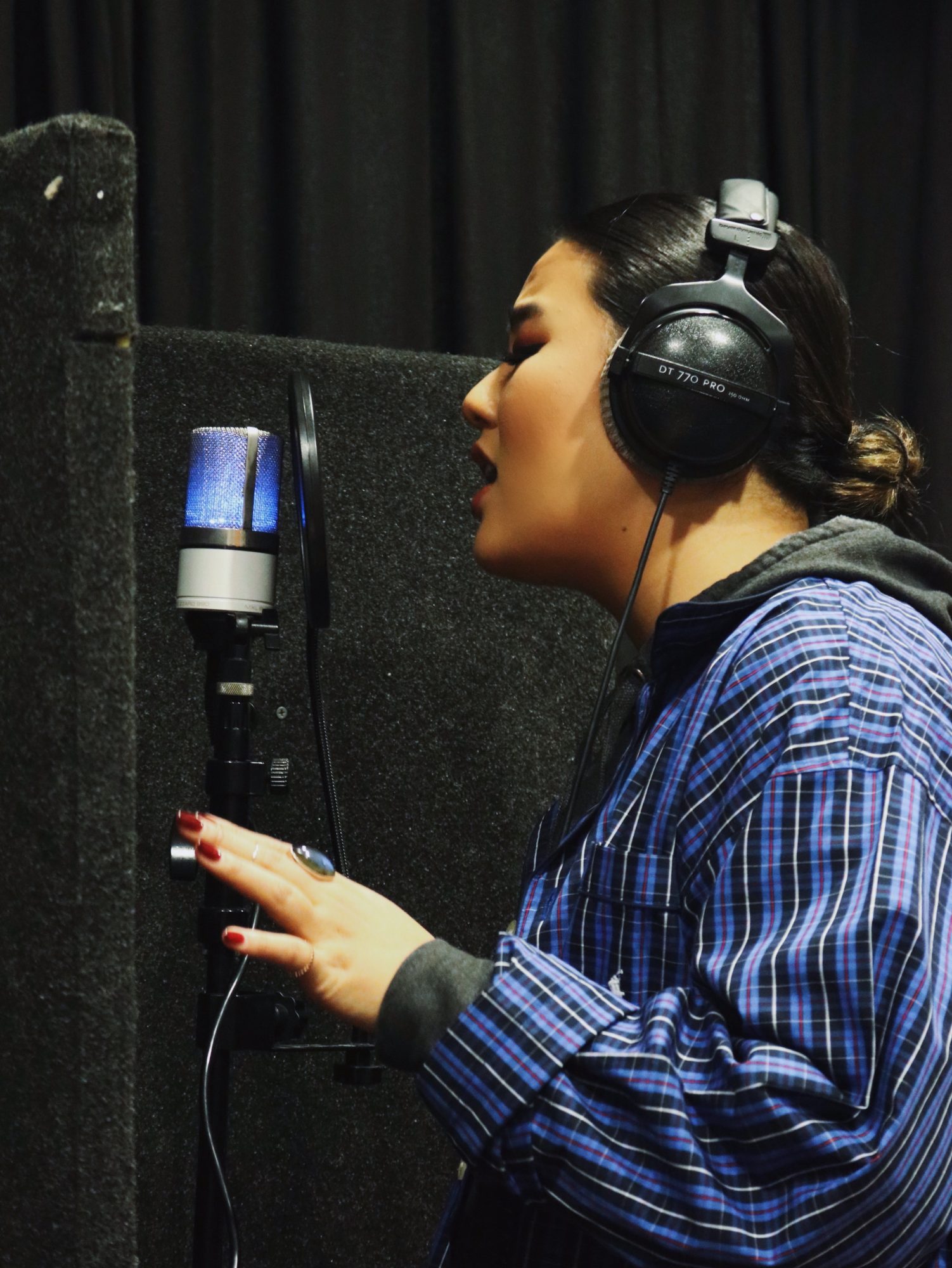 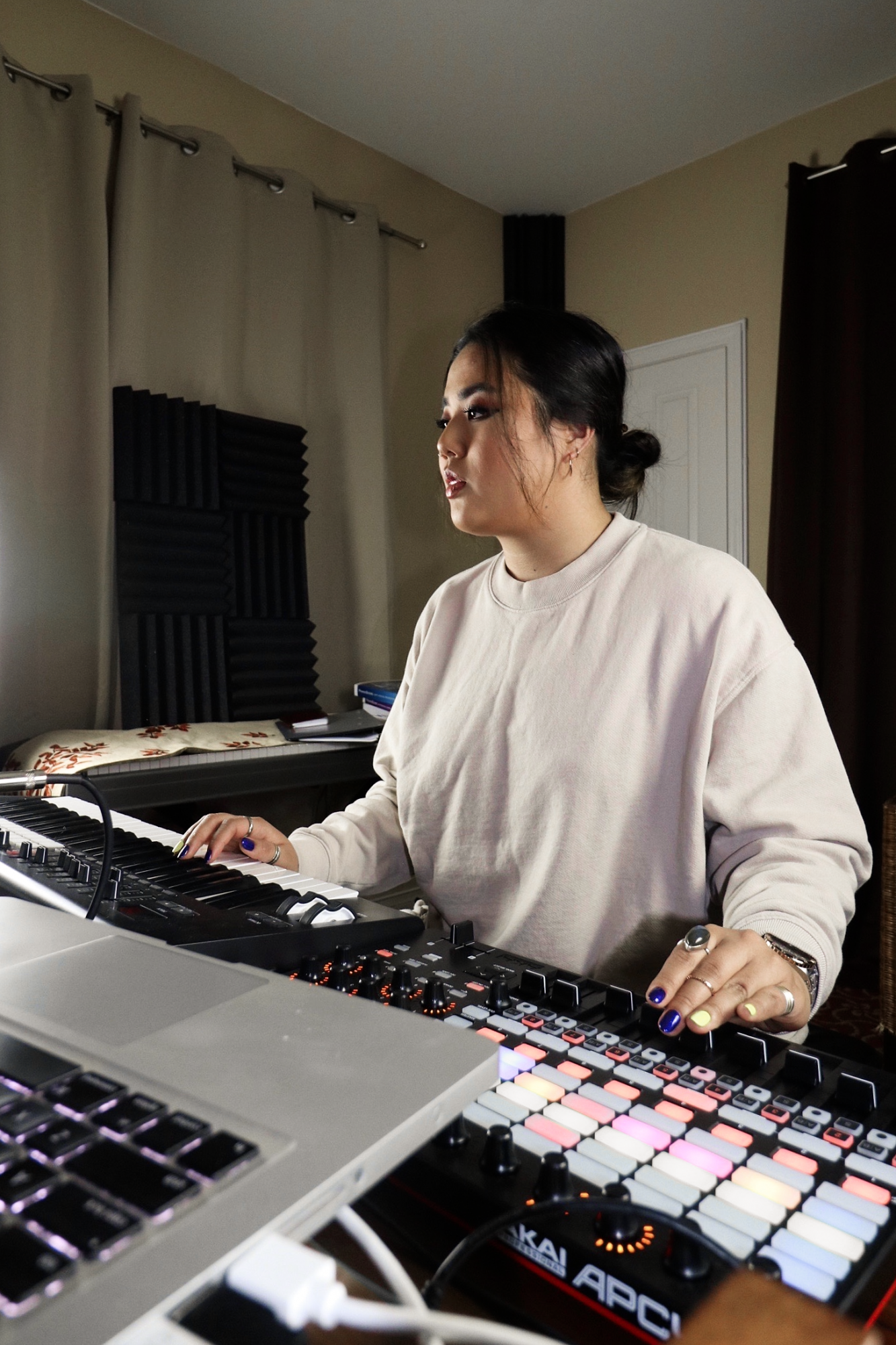 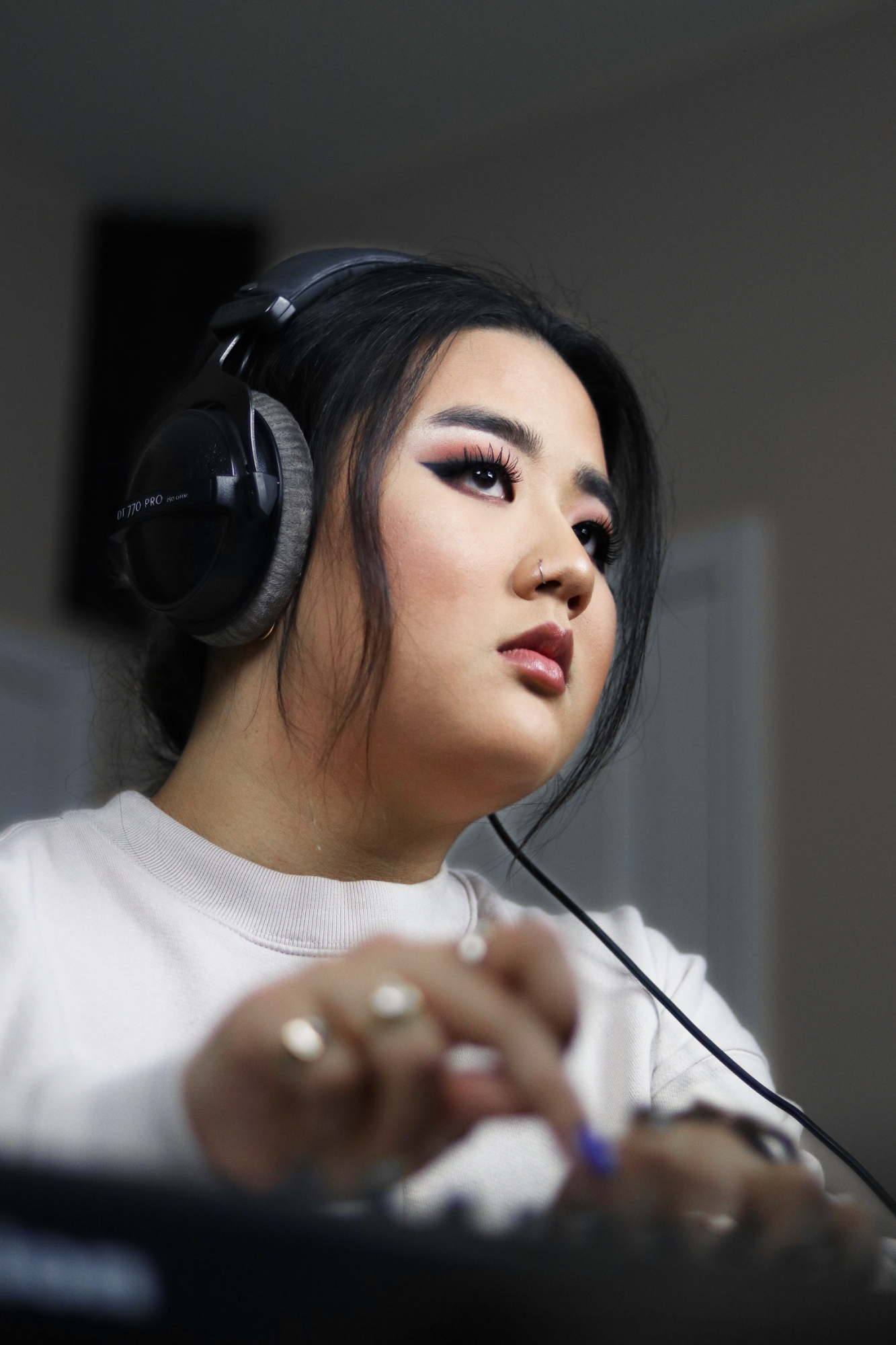 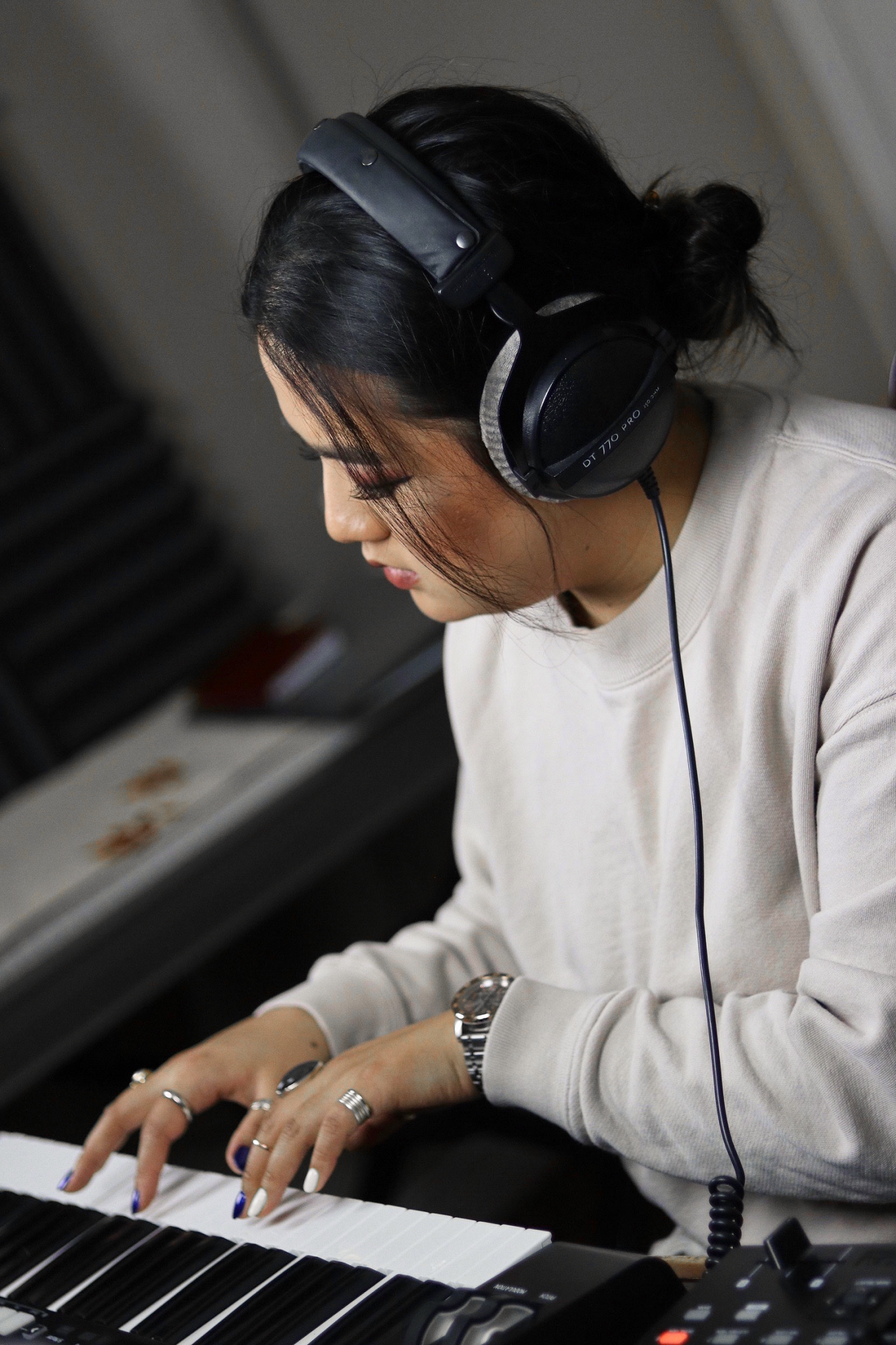