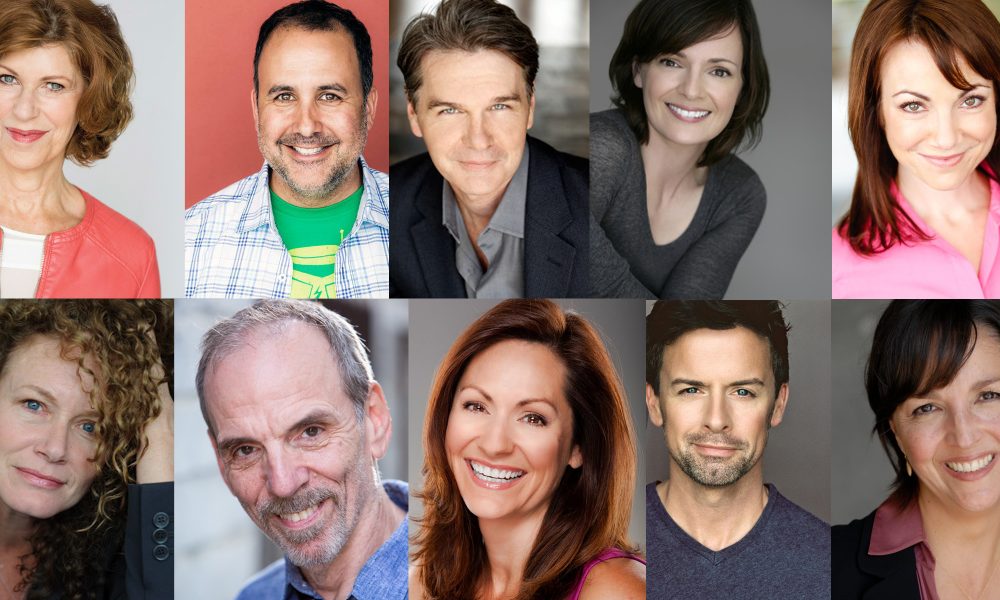 Today we’d like to introduce you to Judy KAIN.

Judy has been a professional actress now for 38 years, showcasing her skills and talents in over 375 commercials and in over 90 roles for film and television. She is a published author of the book I BOOKED IT! The Commercial Actors Handbook.

Commercially, she has worked with countless celebrities, including Ringo Star, Norm McDonald, Dr. Ruth, Kate Hudson, Blake Griffin, Chris Paul & Dinah Shore to name a few. She’s appeared in 2 acclaimed Super Bowl Ads in 2013, Oreo’s “Whisper Fight” and Deon Sanders’ NFL promo. Over 50 of her commercials have won Cleo’s. Her extensive background in commercials has lead to several career highlights such as being remembered as the Judge in CLAIROL HERBAL ESSENCE with Dr. Ruth, a role in which Saturday Night Live did a hilarious spoof of her.

Some of her more well-known credits include a Television Series Regular on The Jackie Thomas Show and a Recurring role on the Emmy-winning show Mad Men as Olive Healey (Peggy’s Secretary), a role which won her a SAG Award. Her other favorite recurring credits include The Odd Couple with Matthew Perry, Hand of God with Ron Pearlman, Married with Children, For Your Love, Grosse Pointe, and Manhattan, AZ with Chad Everett. She has done numerous guest appearances on the hit shows Modern Family, The Middle, Bones, Castle, Scrubs, Desperate Housewives, ER, Seinfeld, The District, The West Wing, NYPD Blue, Friends, and The Drew Carey Show just to name a few.

Great, so let’s dig a little deeper into the story – has it been an easy path overall and if not, what were the challenges you’ve had to overcome?
I have been so fortunate to have worked consistently since 1979. It has taken honest self-appraisal to adapt to the changes in the business and be willing to embrace the changes in my type as I go.
This can be challenging to “age up: and be willing to play “grandmothers” and less attractive characters.
But that is what I do… ACT. So bring it on!

Alright – so let’s talk business. Tell us about Keep it Real Acting Studios – what should we know?
2016 BACKSTAGE READERS’ CHOICE
CLASSES FOR ALL AGES AND SKILL LEVELS

Keep It Real Acting Studios offers a wide variety of exceptional classes for any actor seeking a home to develop their craft. Our studio is dedicated to providing a personal touch while encouraging the growth of each actor.

As the leading institution specializing in preparing people for careers in acting, the Studio has always had a strong commitment to the success of its students. Efforts undertaken to assist students include introductions to agents, managers, and casting directors. The Studio also provides personal counseling in resume writing, interviewing, and presentation skills.

While the Studio cannot guarantee placement or bookings, we are committed to providing useful and up-to-date information whenever possible. All of our teachers are working, industry professionals, so we guarantee that you will always receive relevant advice, present-day trends, and techniques proven successful.

Is there a characteristic or quality that you feel is essential to success?
I am one of those people who reaches out and stays in touch with those I have worked with.

I make sure I congratulate people on their successes and make sure I thank those who have helped me along the way. I also am always in class. There is always something to work on, something to make more specific and I learn a tremendous amount from others.

I think the quality I possess is tenacity. And I just don’t leave or give up. One door closing means another will open.