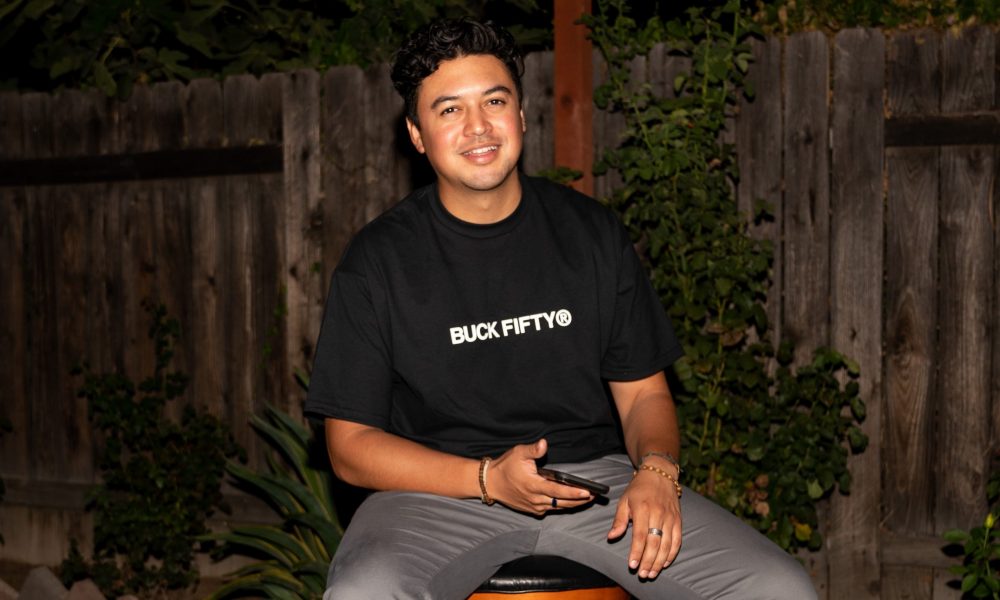 Today we’d like to introduce you to Juan Zermeno.

Every artist has a unique story. Can you briefly walk us through yours?
I was never really into music growing up. I mean, I listened to music but never really played music. My sophomore year of high school, I went to the movies and watched a movie called Going the Distance which is basically a long-distance love story. The guy’s character works at a record label as an AR who wants to sign a band called The Boxer Rebellion and his job became my dream job. In the movie, there’s clips of the band playing and immediately I became a fan of them. In a way, they inspired me to start playing music. I learned to play guitar shortly after watching the film and after graduating high school, I went started performing at an open mic that I assisted religiously every Thursday. Eventually, I made friends with similar interest and we built a small community of musicians where we supported each other’s projects.

Later that year, I got invited to a small intimate house show in LA where I saw a band called Travelers which consisted of a few members of Young the Giant. It was about 20 of us in a small living room listening to this band and it was such a unique and cool experience. My cousin and I had the idea to in a way do the same thing back home with our friends. We figured we have talented friends and we have a nice place to curate these events, why not? Our first event was March of 2015 and it was just an acoustic show and the number of people that came made it worth it. We continued to do shows but now, they were full bands and the crowds kept getting bigger and there were always new faces and new people we were getting to know. My cousin found a new interest and with her work life getting busier and busier, she decided to step away from it. I continued to do the shows booking more local acts and the shows became something local people who enjoyed indie music would assist. Shows kept getting bigger and the biggest local bands were the bands that would play. I met new friends, new bands and my network grew bigger and I started doing shows at big venues which gave me the ability to work with not only local acts but with bigger bands from the surrounding areas such as LA and Orange County and even out of state from cities like Chicago. I got offered a position as band manager for a local band and I took the opportunity and learned a lot from it. I was able to have the band open up for the band The Boxer Rebellion which is the band that inspired me to start all this. It was a dream come true. We then toured with a band from Australia called Last Dinosaurs and after that, I started managing another band from Riverside called Sin+Passion which we just finished our summer tour about two weeks ago. It’s been crazy and challenging but really enjoying every moment of it. I still do shows now and then but being busy with the band I manage and work really makes it tough. I try to stay active by doing small scale acoustic shows and every now and then I’ll do a big concert.

Please tell us about your art.
I am a promoter so mostly I curate music events. I do it first of all because I enjoy music and peoples company and doing these shows gives me that opportunity. Also, I enjoy giving people that deserve an opportunity a way for them to showcase their art and not just a place that lets you play music but really focusing on the artist and making sure they have everything a good experience that will make them come back. Same for the audience, if you give them a good experience and a fun time, they’ll be back and tell their friends all about it. I guess my inspiration comes from everyone’s enjoyment. I want people to to to understand that yes, these are DIY events but they are quality events. Everything from a professional sound too professional media. These events have become a part of my life because of im so involved in it, maybe nothing bigger comes out of it but it’s been a good run. I had the hardest time accepting that maybe this will never become a full-time job or may not go on forever but I know I have inspired & helped many people to pursue their passion whether it’s art, music, writing or photography. A friend told me that the purpose of life is to accept the fact that if you plant a tree, you may never get to sit under its shade. I’m just glad I’ve been able to plant my tree.

What do you think about the conditions for artists today? Has life become easier or harder for artists in recent years? What can cities like ours do to encourage and help art and artists thrive?
I think the conditions are good because everything has become easily attainable meaning that you don’t have to go to a recording studio to record a track or a full album you can do it from your bedroom and you can share it with the world with only a few clicks on your computer. However, it’s gotten very difficult because it’s so saturated with content that a lot of good quality talented artist are being overlooked. Something cities like ours can do is find ways for the artist to have better locations to showcase their work. In a way produce higher quality shows so agents are attracted to see these bands instead of having to make their way to LA. At the same time, we need to find a way to communicate with the artist and help them understand that it’s not just about the music. If you really want to make this a career, you need to compromise and understand that music is only 50%. The other 50% is being relevant on the socials and focusing on performances because that’s what sells. Some people call it selling it but I see it as compromising because there’s a lot of musicians out there but only a handful of artist a.k.a. the full package and if you are the full package, it’s very easily to get overlooked if you don’t have the right formula.

How or where can people see your work? How can people support your work?
The only way people can really see my work would be by assisting one of the events or they can check out a few clips on Instagram. They can support becoming to one of the shows and spreading the word. 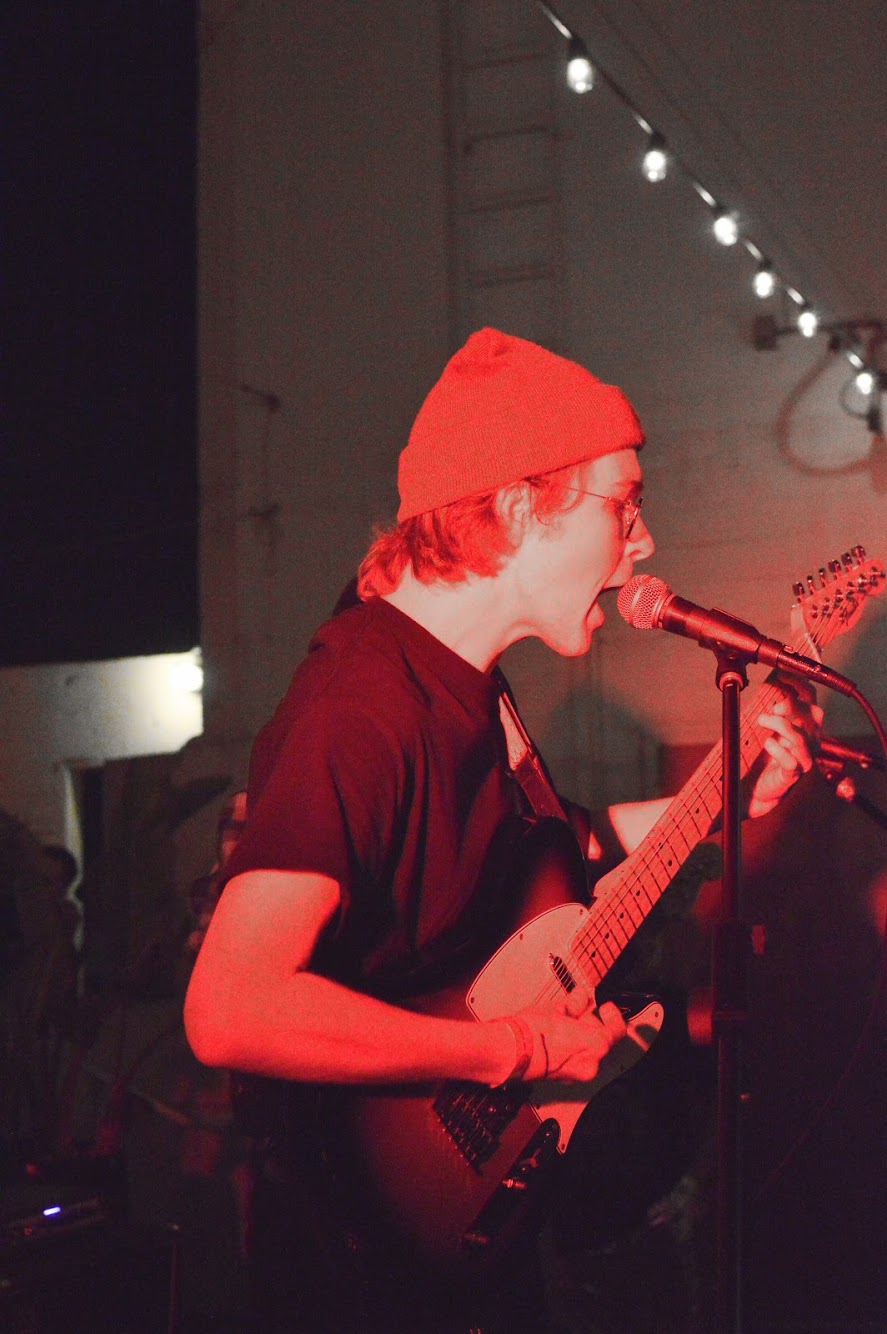 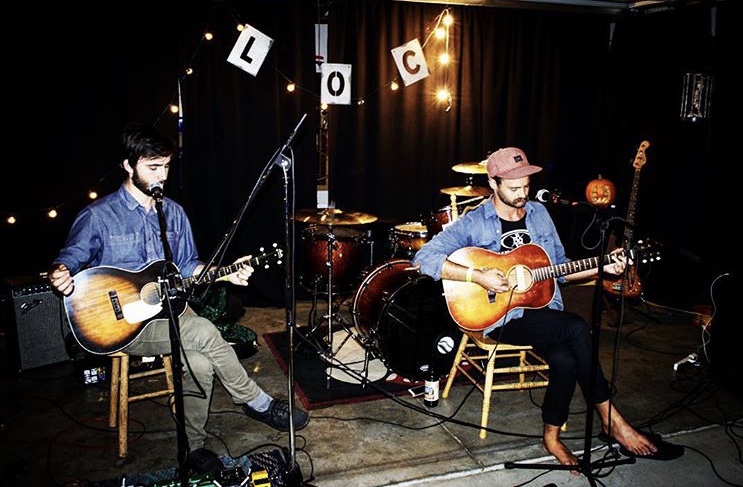 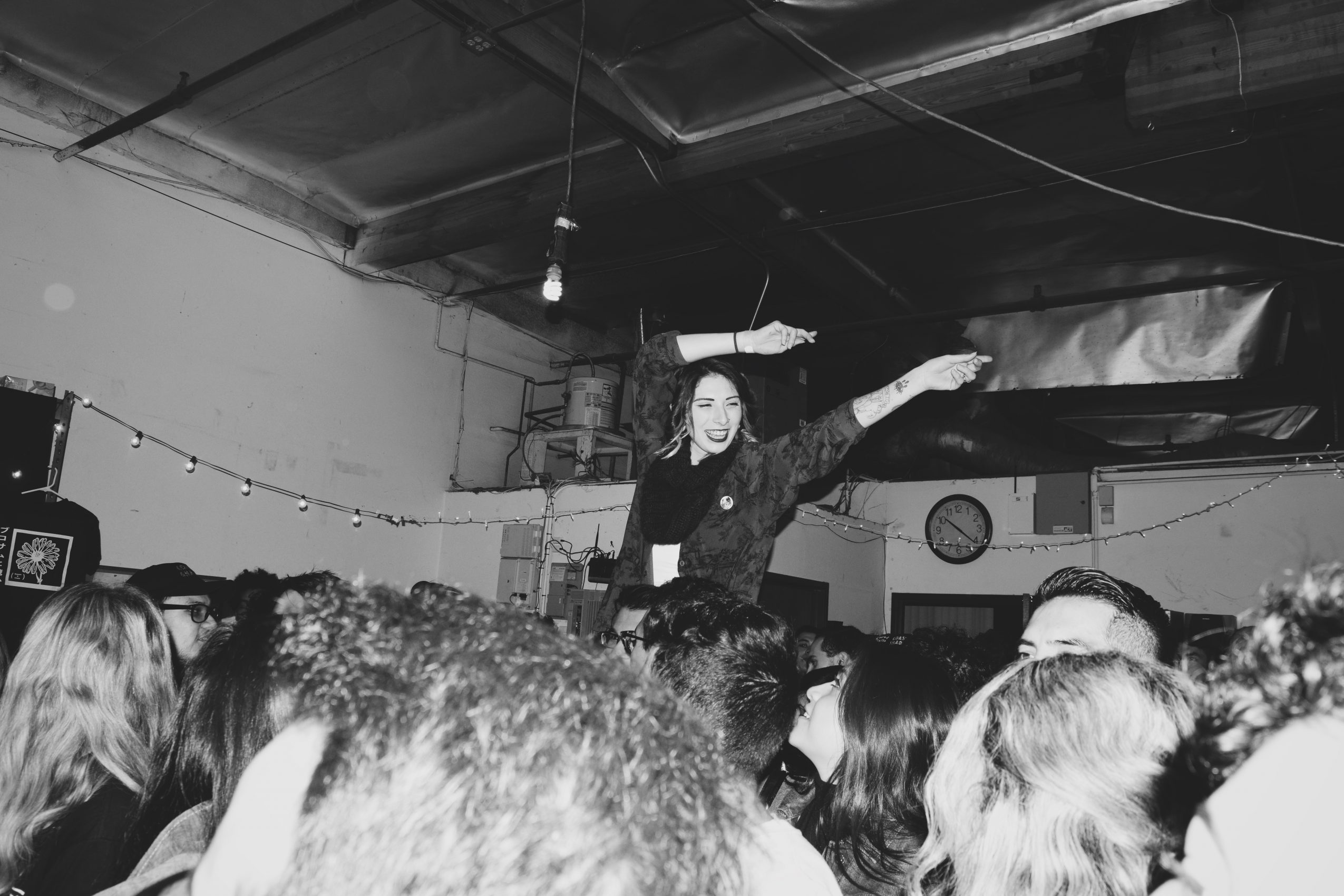 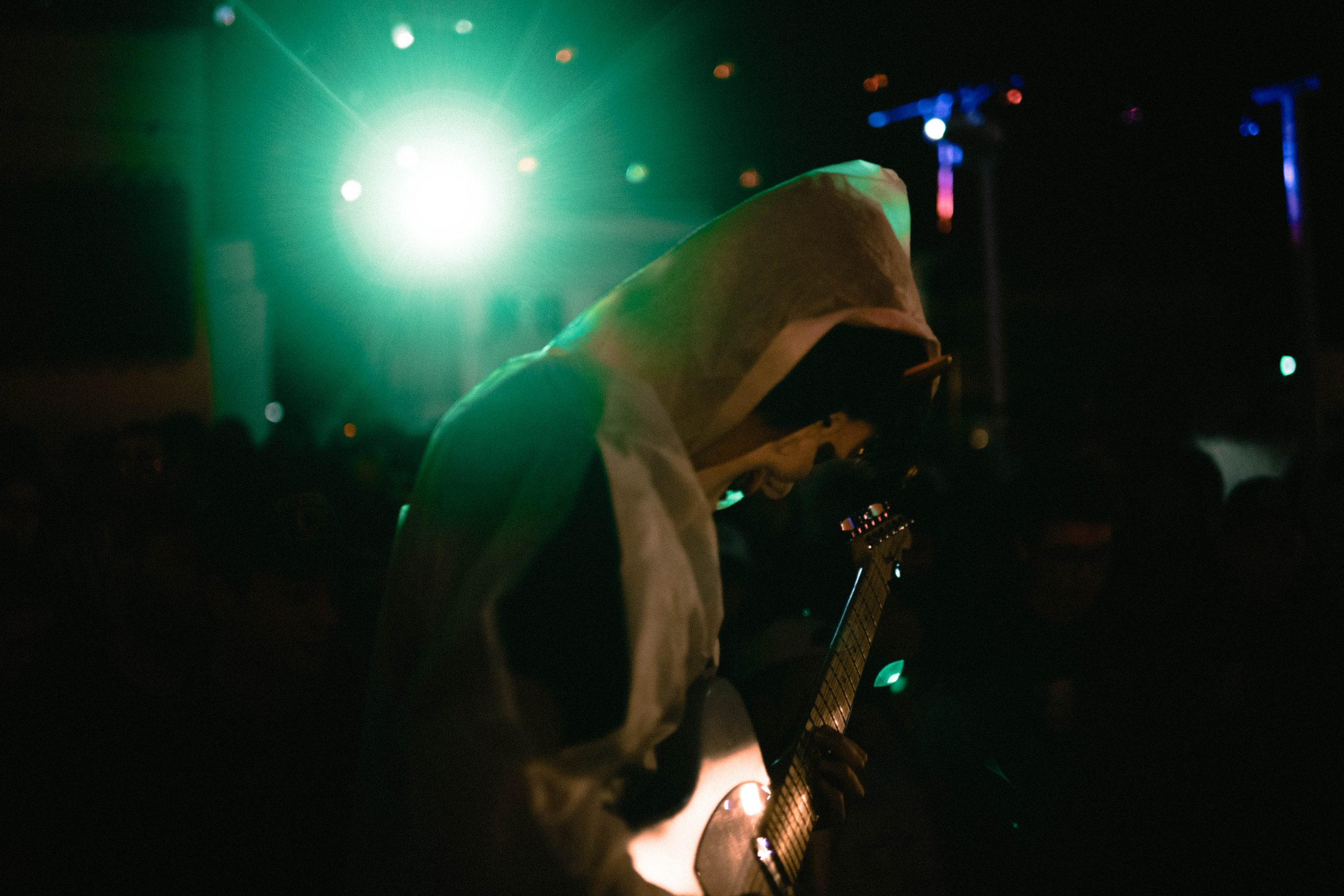 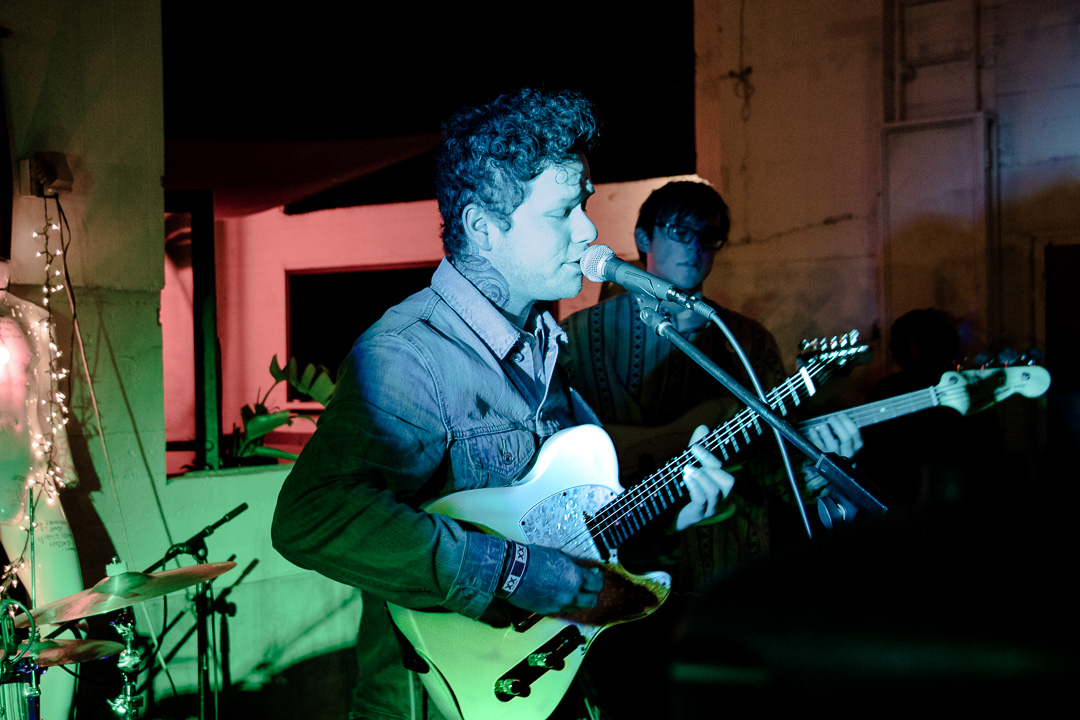 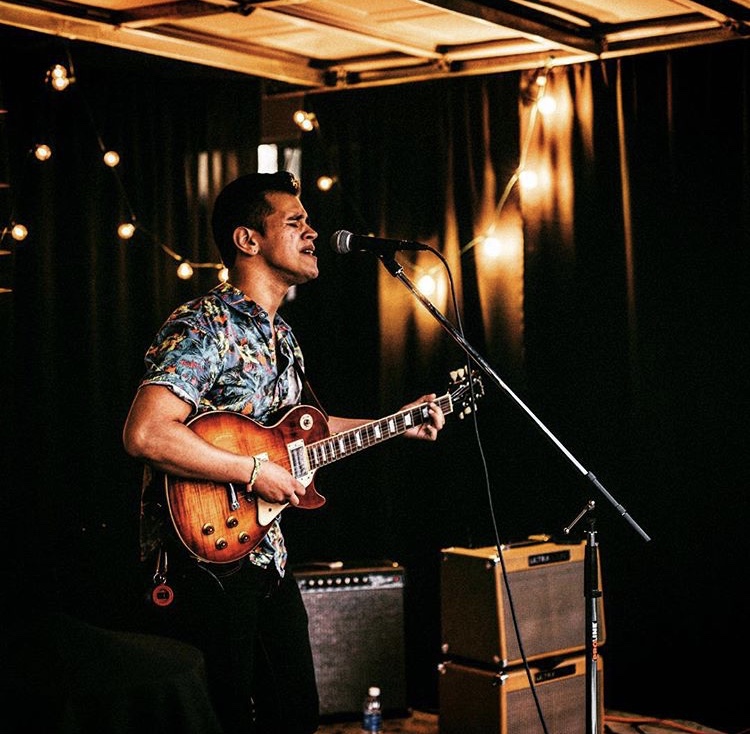 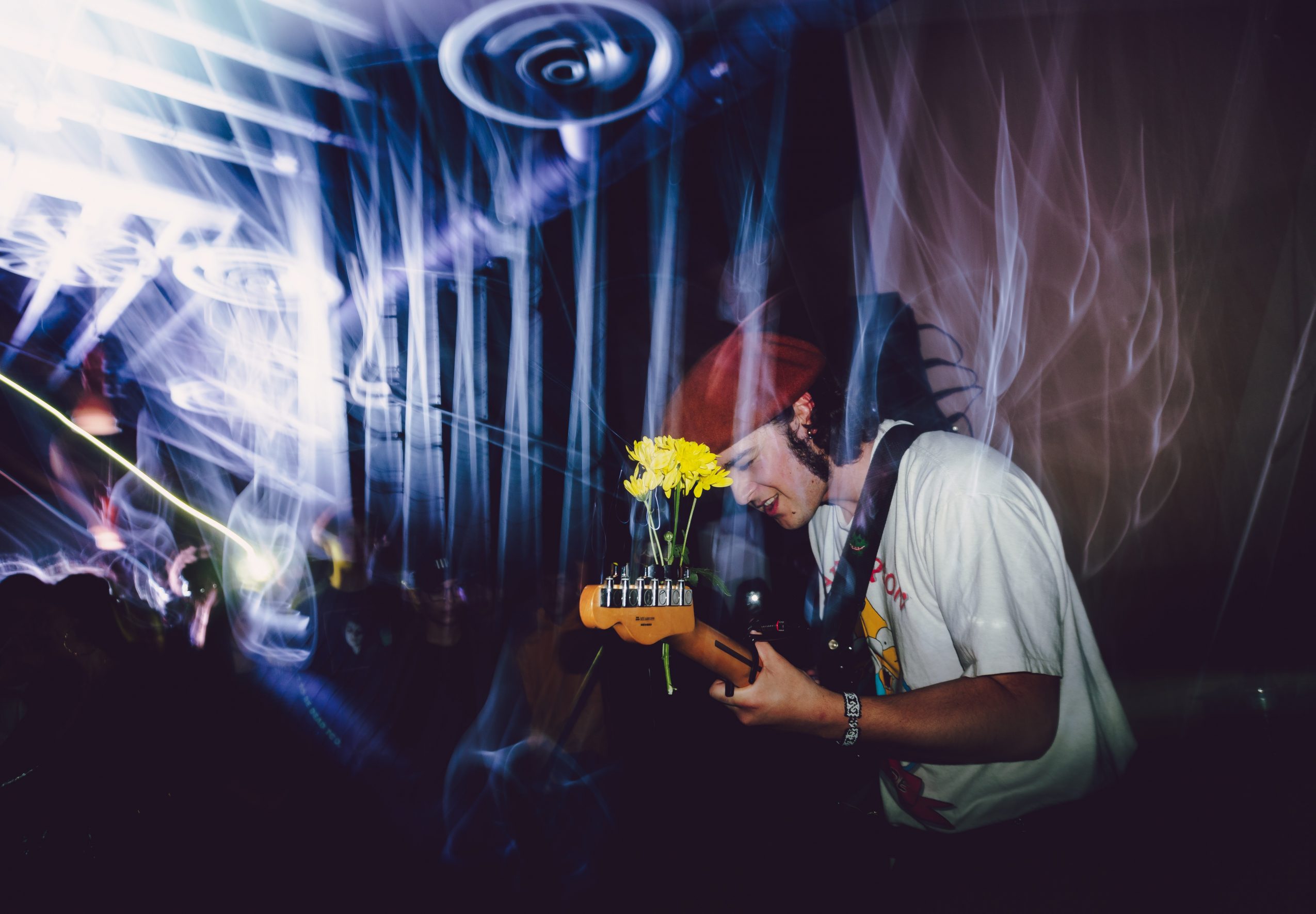