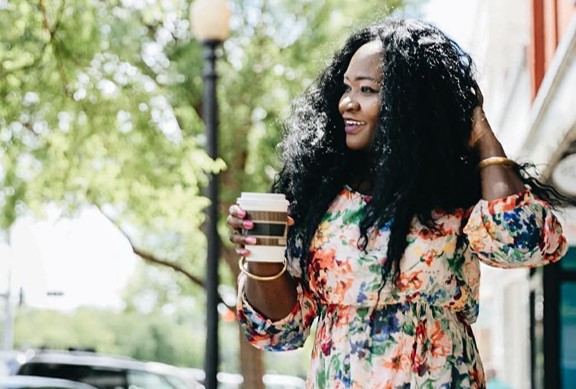 Today we’d like to introduce you to Jozanne Marie.

Jozanne, can you briefly walk us through your story – how you started and how you got to where you are today.
As a little girl in Kingston, Jamaica I dreamt of coming to America and becoming an actress. My grandmother, like most West Indian parents, thought acting was not a real profession and there were only three options, be a lawyer, doctor or engineer. None of which appealed to me. Watching TV shows like The Cosby’s, A Different World, with their touchy themes of family, love and discovering the world inspired me to spread my wings and fly.

Growing up in a toxic household was not easy, however media in some ways touched my heart and gave me hope that life can be better. That was what motivated me to use my gifts and talents to make a difference.

However, that journey did not begin until freshman year in college at John Jay College of Criminal Justice, majoring in Forensic Psychology. Since acting seemed far-fetched, I thought might as well listen to my parents and follow the path of security I supposed. I know I did not want to be a lawyer, but secretly I loved the idea of solving crimes and understanding the psychology behind people who committed heinous crimes. Needless to say, I watched a lot of shows like, “Magnum P.I”, “Columbo”, “NCIS”, “CSI”, “Murder She Wrote” etc.

But as fate would have it, my first semester there was a stage production of “De Donde” written by Mary Gallagher, directed by an adjunct professor, Wilfredo Medina who was also an off-Broadway Director. I decided to audition. After the audition, he said, “I am not sure why you are attending this school but you should be an actress.” This was the first time someone affirmed my gift. That semester I played “Katherine” and he followed up by referring me to the prestigious Acting Studio to hone my craft, as well as, hired me as an actress in his theater company, “Family Life Theater.”

Right after that season was over, I booked a one -way flight with $300 in my pocket to Los Angeles to pursue a career in film and TV. The journey since then been both great and challenging. I’ve booked several national commercials, like Sprite, Kia, McDonalds, Wells Fargo, WEDMd, etc. But like I shared earlier, being an artist was not an easy road for me. Along the way, I ran into a few speed bumps, desolate roads and dark alleys.

As a Caribbean woman who had assimilated in American culture from age ten I needed to figure out the kind of artist I wanted to be and somewhere along the line I began to lose myself in a sea of opinions and the stories I should tell. My cultural and life experiences, like everyone else were different and unique. So finding where I fit in in the narrative of black culture and as a black woman was challenging. That led me to take a break away from acting and do some soul searching. I had to learn that acting was what I do and not who I am. I needed to find my voice again, press the re-start button on who I was becoming and the artistic road I was passionate about.

In the pursuit of my truth and self-discovery, I became an inner-city missionary serving the homeless and those addicted to drugs and alcohol. It was one of the greatest times in my life because I was connected to my heart again. I learned compassion and had a deeper understanding about humanity and my place in it. That season lasted six years. To be honest, I had no idea that I would act again. I wanted to go and live in Haiti as a missionary but that didn’t work out, obviously.

However, deep inside I knew it was important to share my voice. I had stories to tell. So I began with my story, BEAUTIFUL, a solo play about one woman’s courageous journey to forgiveness, self-worth and healing. My first performance was at the LATC (Los Angeles Theater Center) downtown with an audience of fifteen people. It was the scariest moment of my life because I was not just telling a fictitious story; I was exposing places in my life most people did not know about. It was raw, provocative and funny.

Needless to say, that one performance, has garnered critical acclaim by various news outlets, magazines and celebrities. With a produced four-week run by the Latino Theater Company directed by Geoff Rivas, Beautiful landed an NAACP Theater Awards for Best solo show, LA Critics Choice in the LA TIMES and Best of the week in LA weekly. This journey led me to start the national “Beautiful Campaign” on how to not let a tragic event become the story of your life. From an audience of 15, we’ve reached over 40,000 people worldwide.

Since then Beautiful is not only a solo play but became a memoir, “Beautiful, Unashamed and Unafraid” that was recently published and released in bookstores globally. The book is now optioned and will be turned into a feature film by a top Hollywood entertainment Company. Never in my wildest dreams, I foresaw this happening. This has taught me that we all have a journey and sometimes some of us will have to take the unpredictable road that seems isolated, different and unconventional. The lesson I’ve learned is that as long as we are true to our authentic selves, we will make an impact.

My life personally and professionally has changed tremendously over the past five years and I am continuing to take leaps and bounds as an artist. Currently, I am still touring with “Beautiful”, the solo play, performing in other plays and recently been cast in a supporting role for an upcoming feature film. At the top 2019, I was chosen among the top 50 women thought leaders to participate on a TEDx Stage. On December 7th, 2019 I will present my TEDx Talk at the TEDx Delthorne Women in the city of Torrance. I am excited about this new season and if anything I have learned, it’s “To thy own self be true, ” William Shakespeare. I am truly grateful for all the support I’ve had on this beautiful journey and can’t wait to see how it all unfolds.

Overall, has it been relatively smooth? If not, what were some of the struggles along the way?
It was definitely not a smooth road. Like I shared earlier, my number one challenge was finding my place as an actress and my voice as a storyteller in an industry that sometimes chooses to be uncultured when it comes to the black narrative. Not every black girl talks in a slang and is uneducated. Not every black woman needs to be rescued. We can play both the villain and the hero. But these were the roles I was being called in for. That’s not a problem of course, but it becomes an issue if that’s all you can see me as. Being a performer, unlike many other jobs, you are somewhat hired based on your looks to some level. Racism, ageism and sexism are a real things for performers in the entertainment industry. But things are definitely changing, which I am extremely excited about! Thanks to artist like, Viola Davis, Regina King, Ava DuVernay and many more who are advocating for change.

Please tell us more about your work; what you are currently focused on and most proud of.
I am a multi-hyphenate performer- an actress, produced playwright, poet, a published author, screenwriter, speaker, and an advocate for women. I am mostly proud of writing my own projects and getting them produced. Outside of my acting, I’m currently focused on the three pilots I have on the table, my next book and solo play, “Brown Girl in A Ring.”  Also, taking the opportunities given to speak and advocate on behalf of abused children and women. My mission in all I do as an artist is to educate, enlighten and entertain.

What is “success” or “successful” for you?
Success to me means to be the best version of myself. To always grow personally and professionally. Evolve. It’s never about comparing and competing with others. It’s finding my own authentic rhythm and dancing to that tune passionately. It’s setting goals for myself that is true to my heart and accomplishing them. And most importantly, my greatest accomplishments always will be not only how I show up in the world or the titles and accolades acquired but also how I treat others in the process. That to me is success. 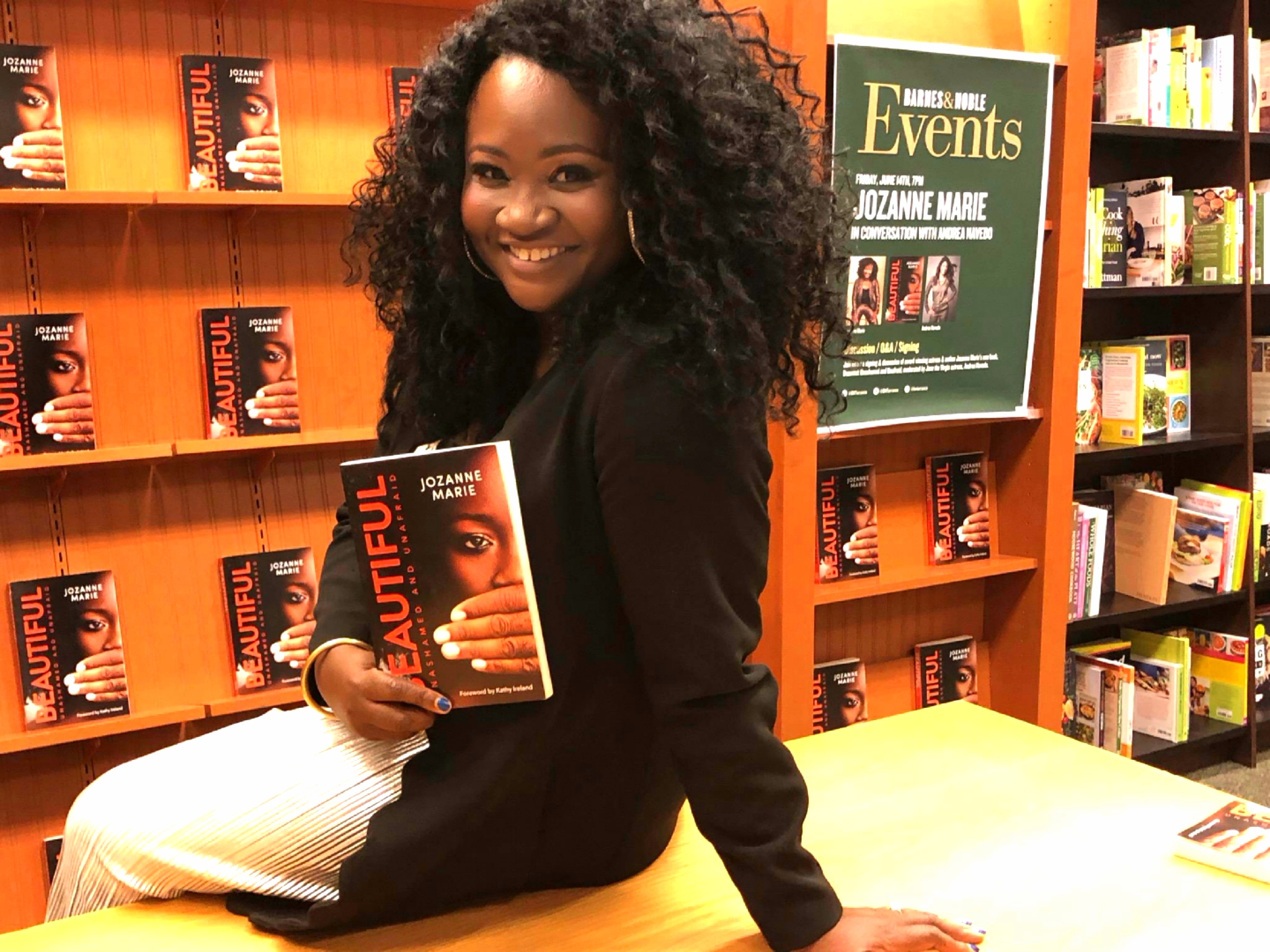 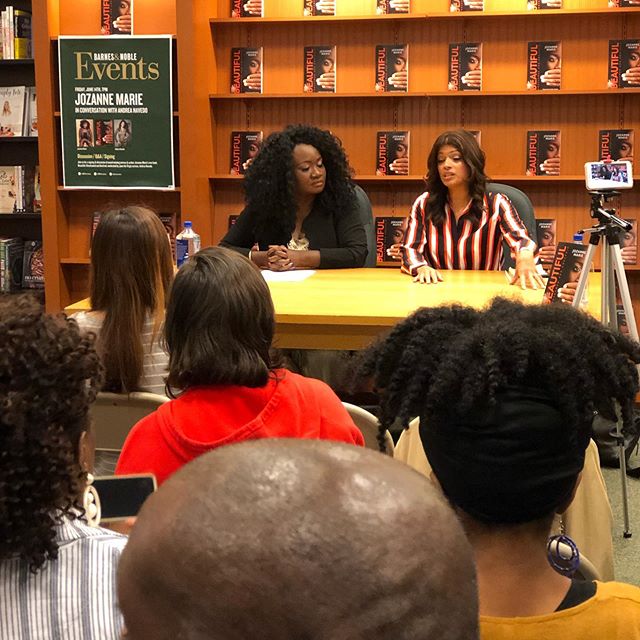 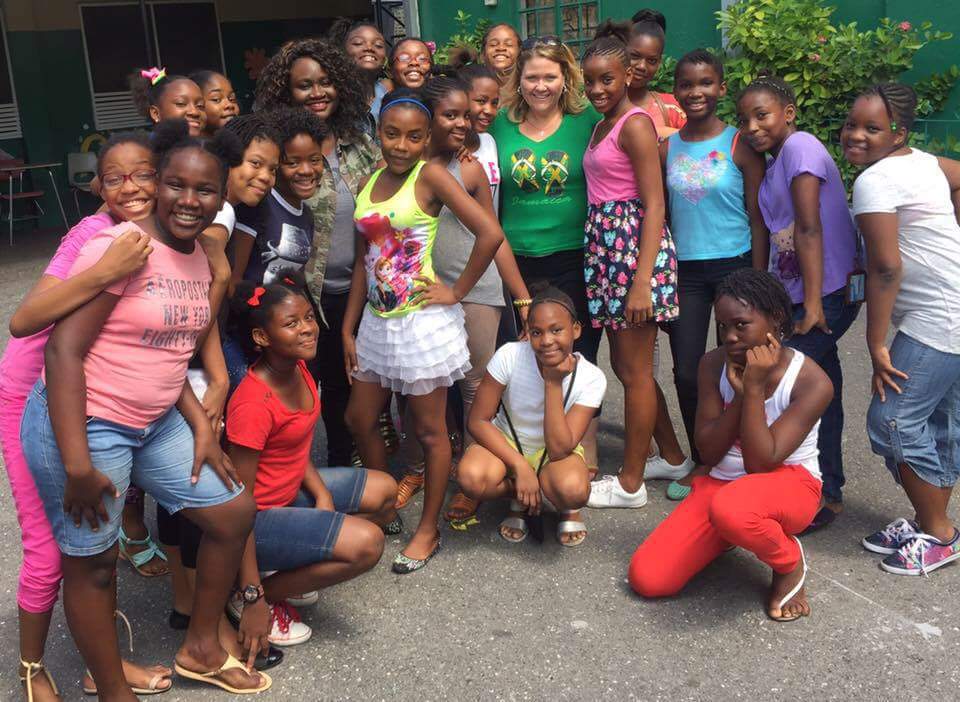 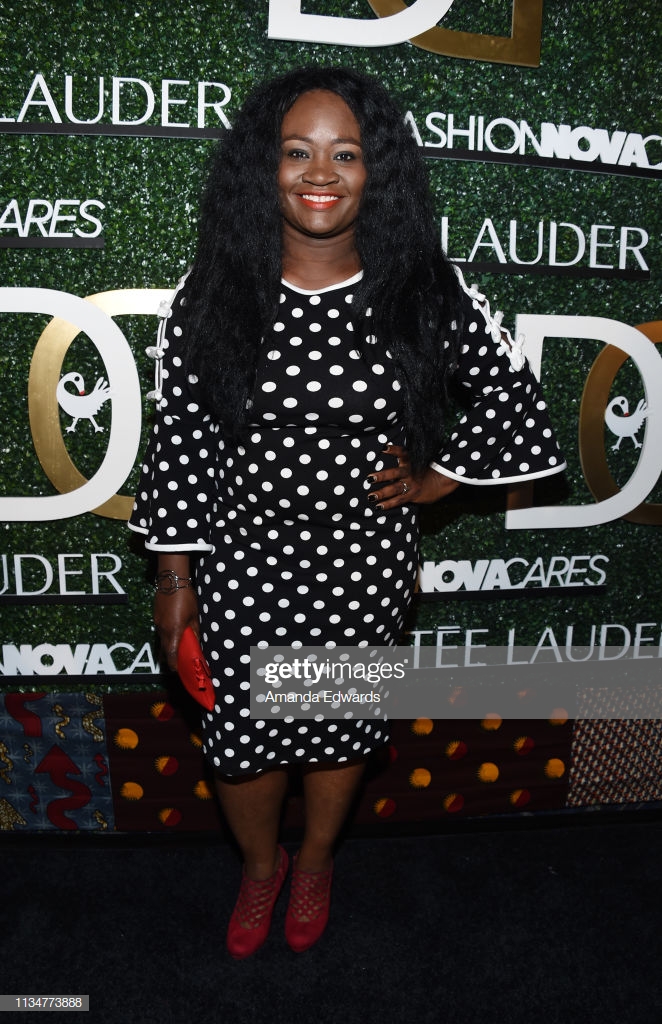 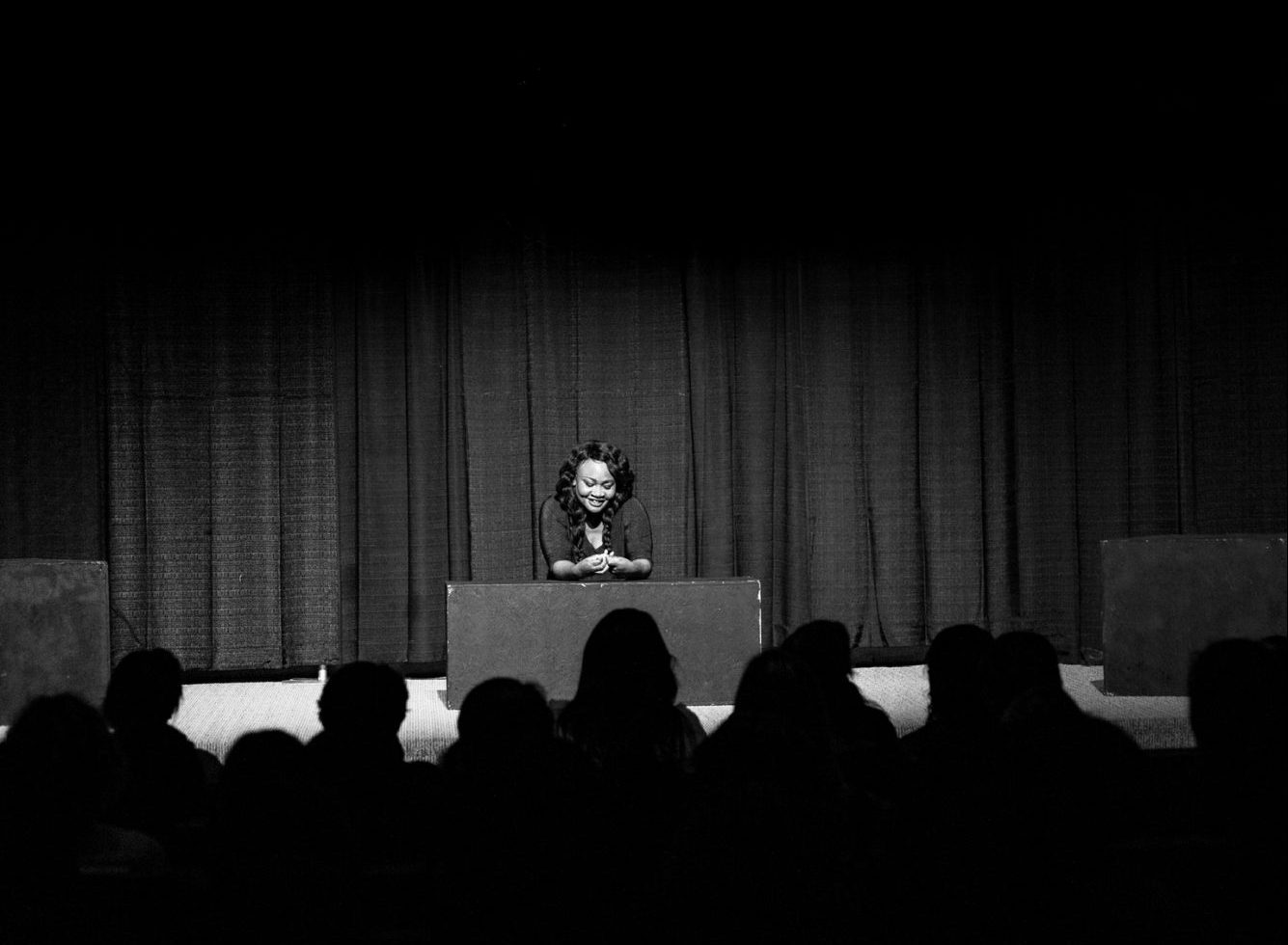 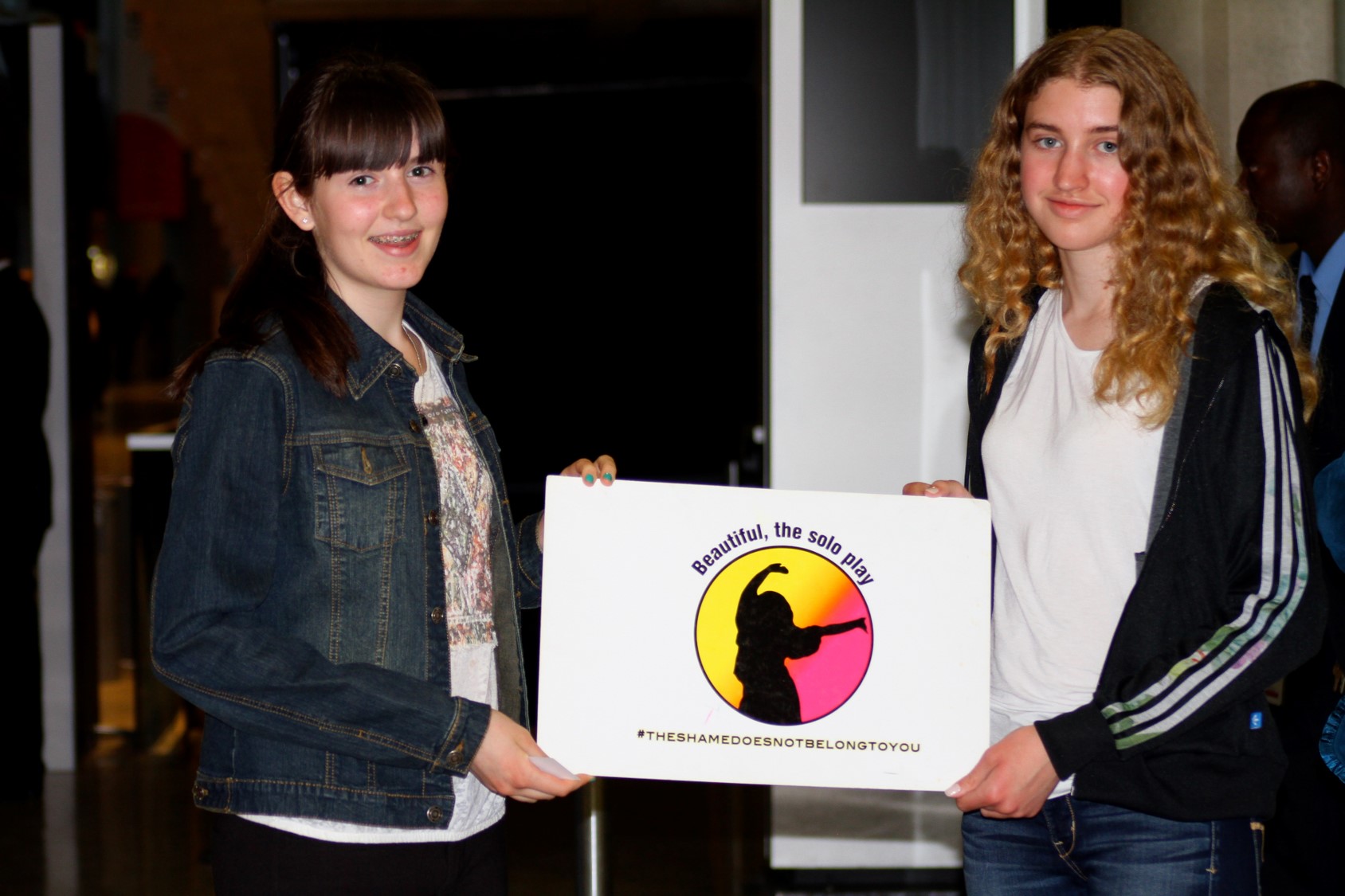 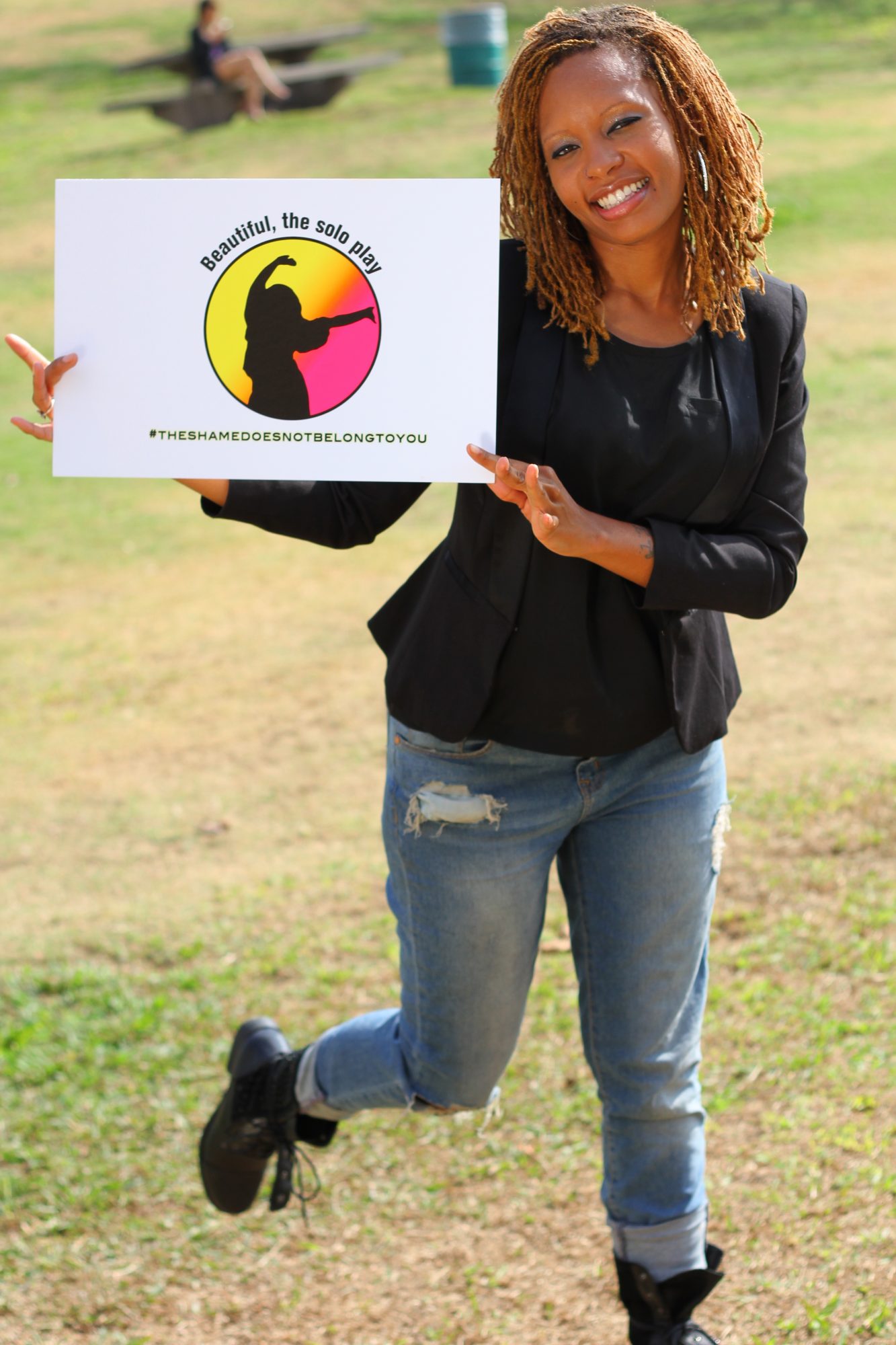 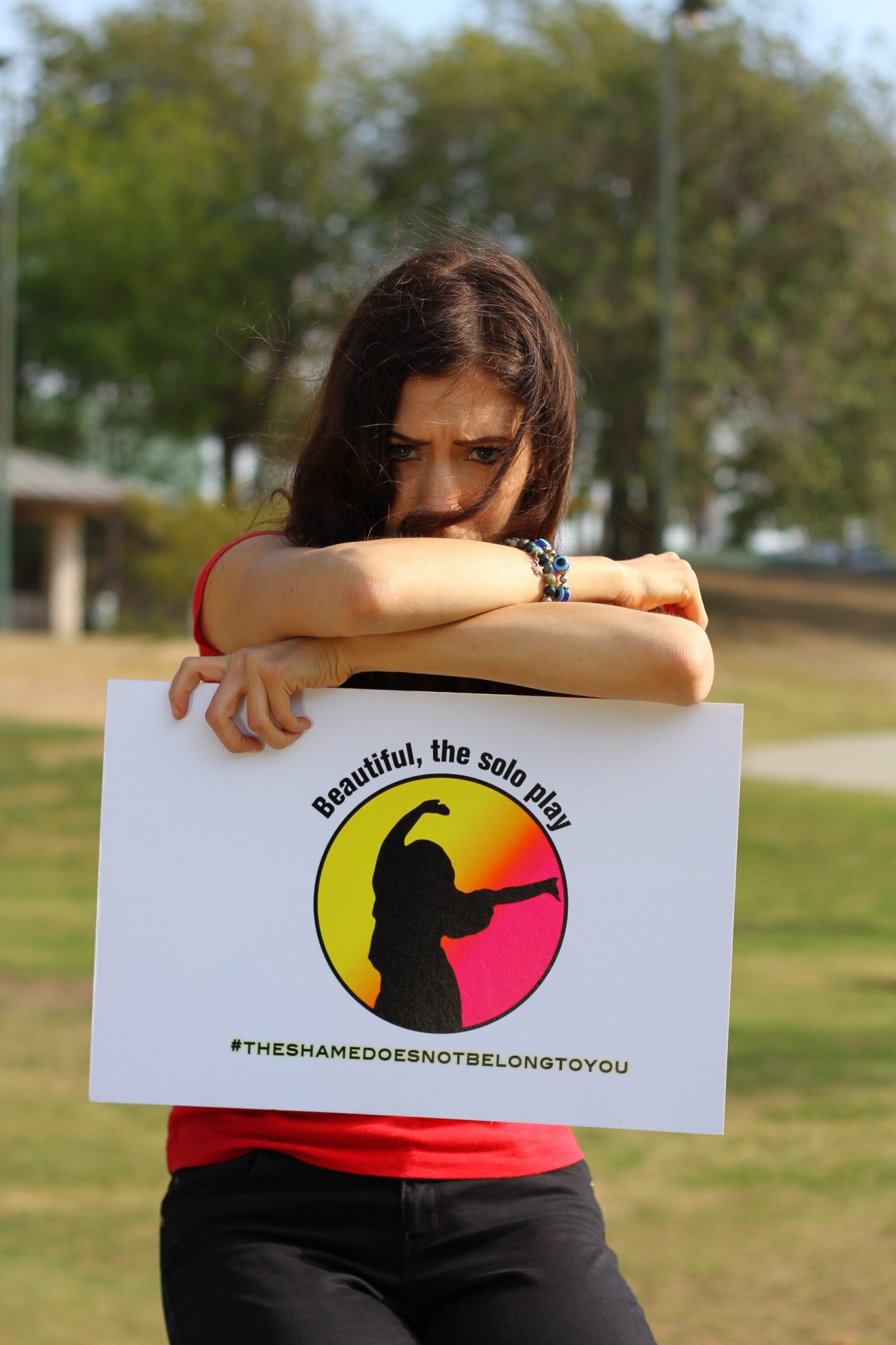 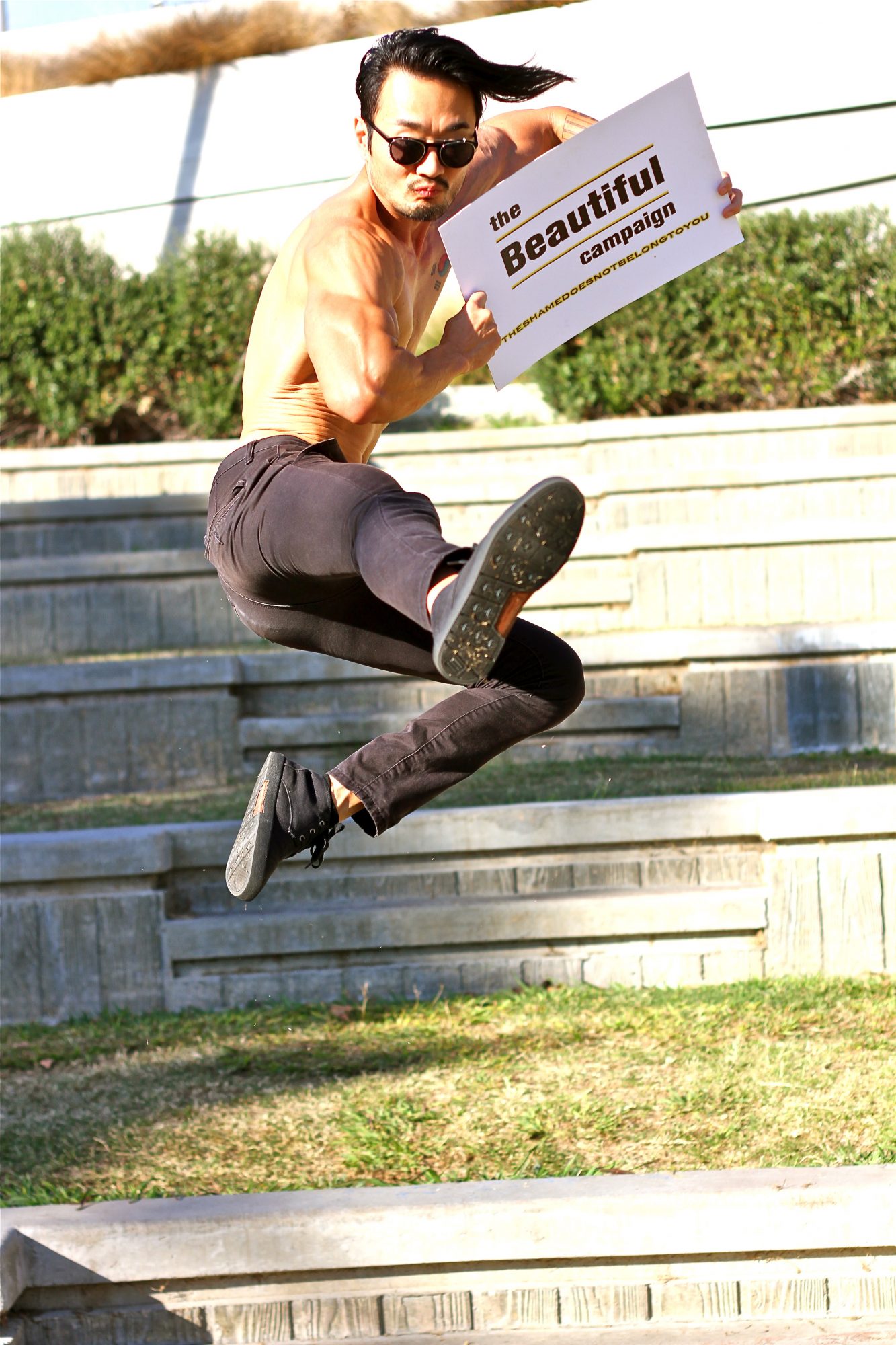 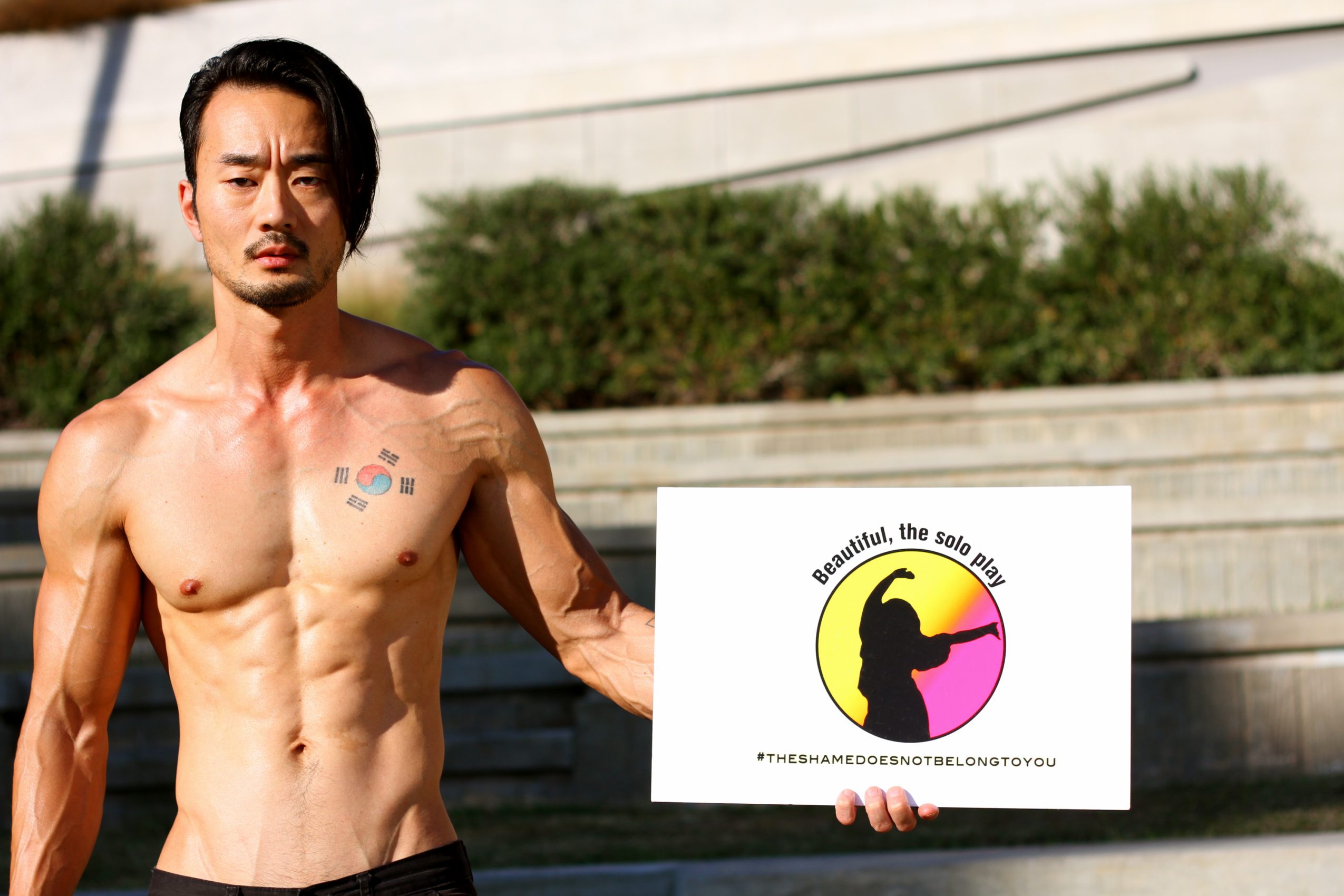 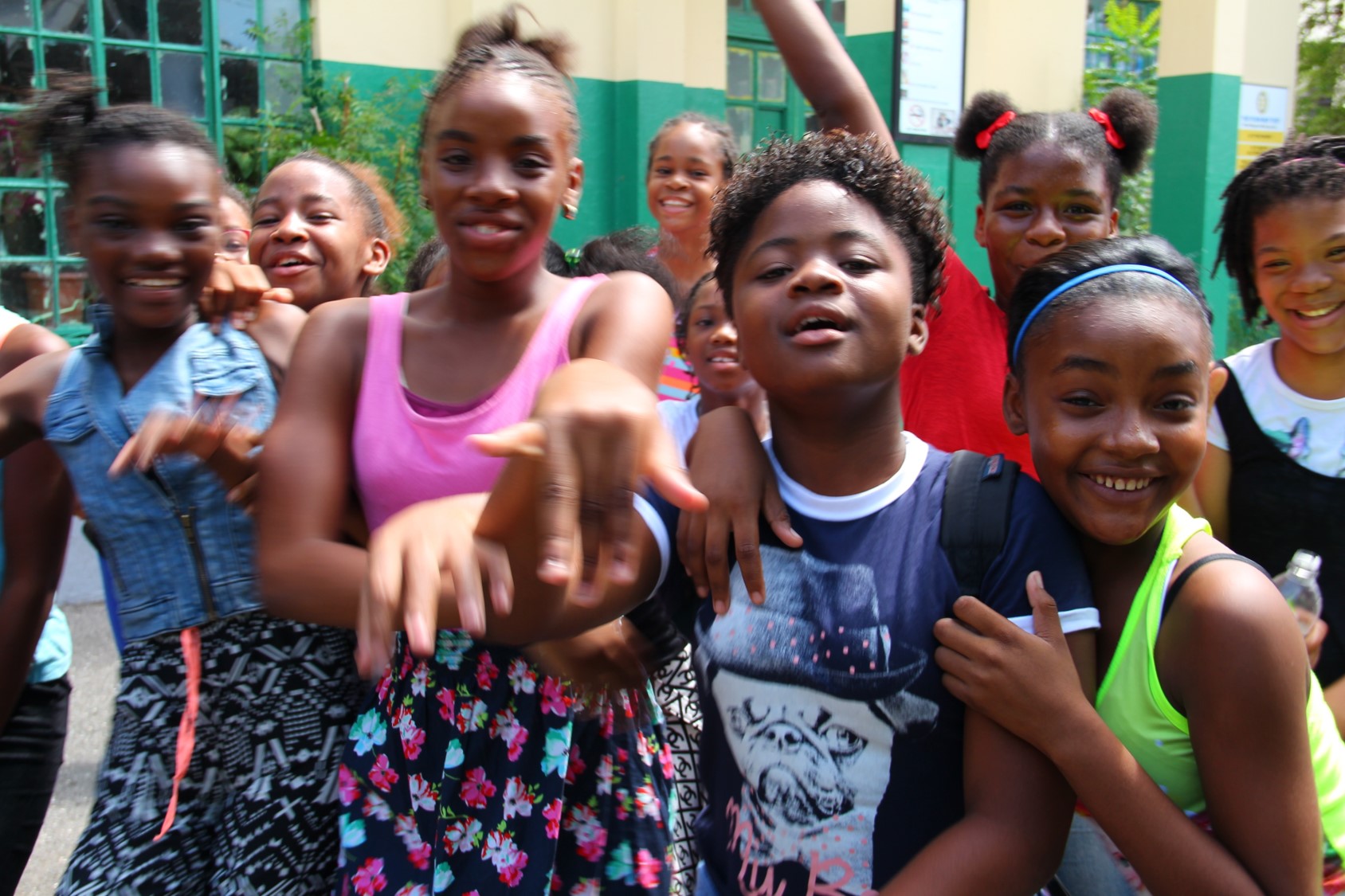 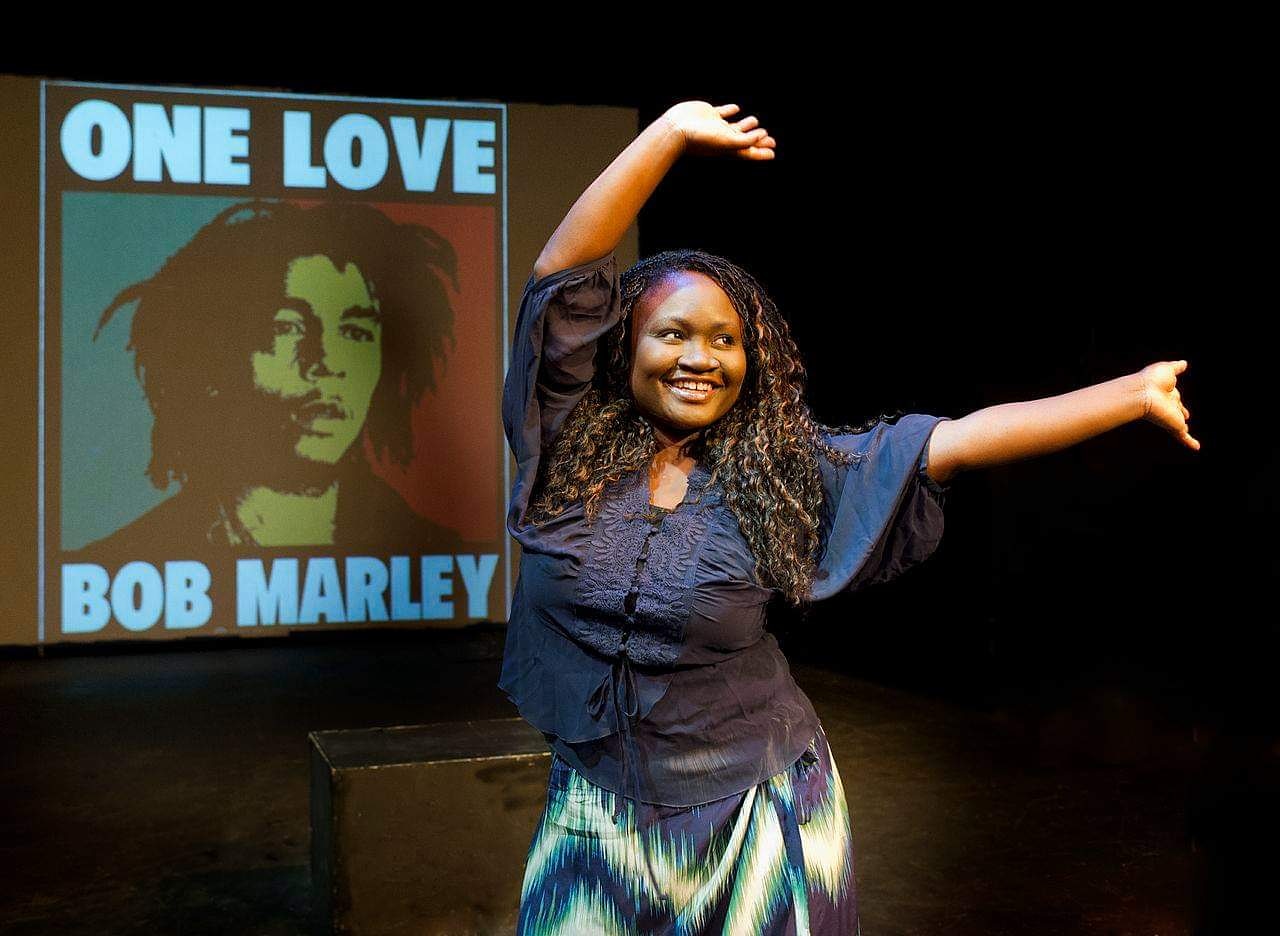 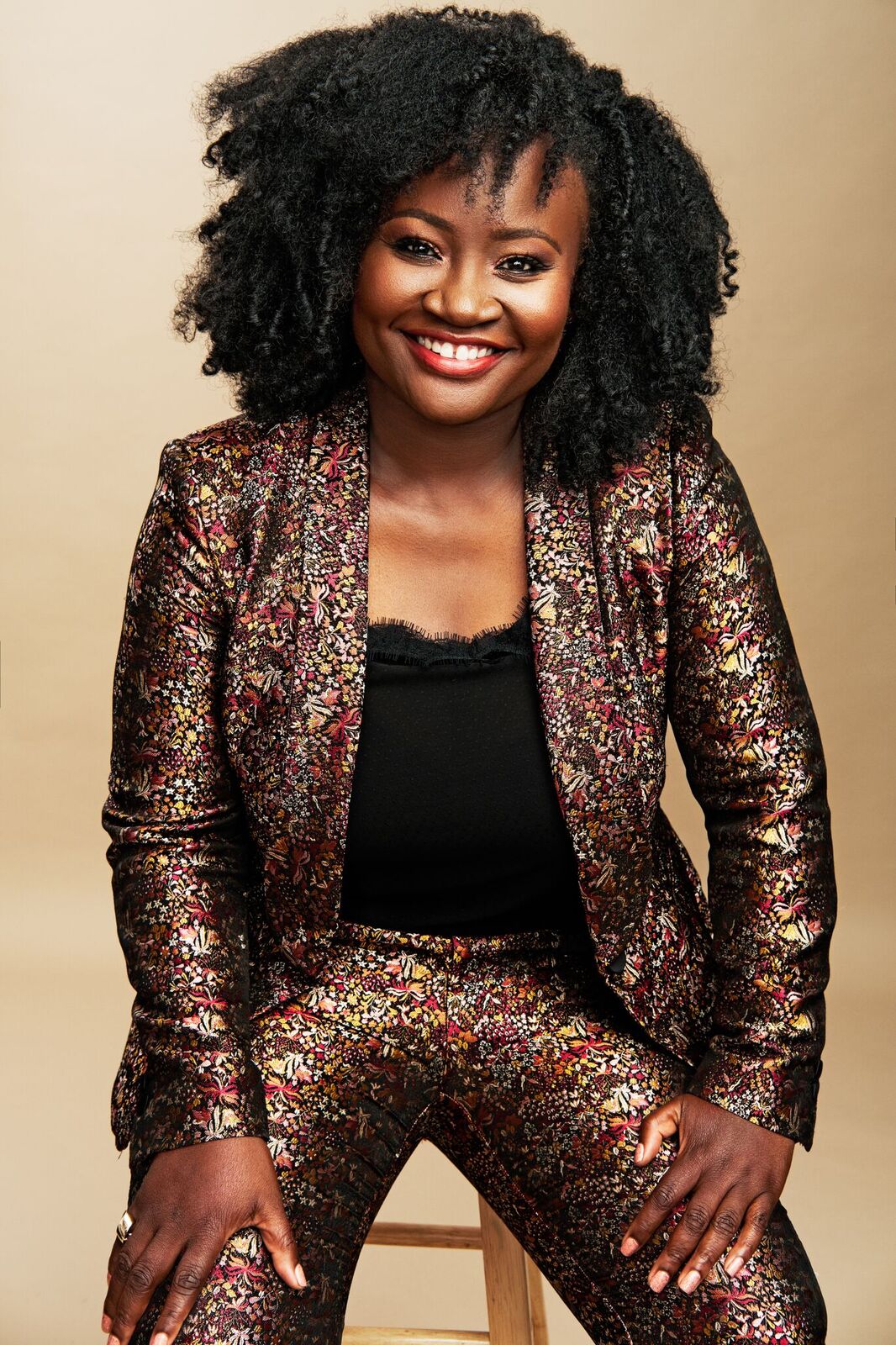