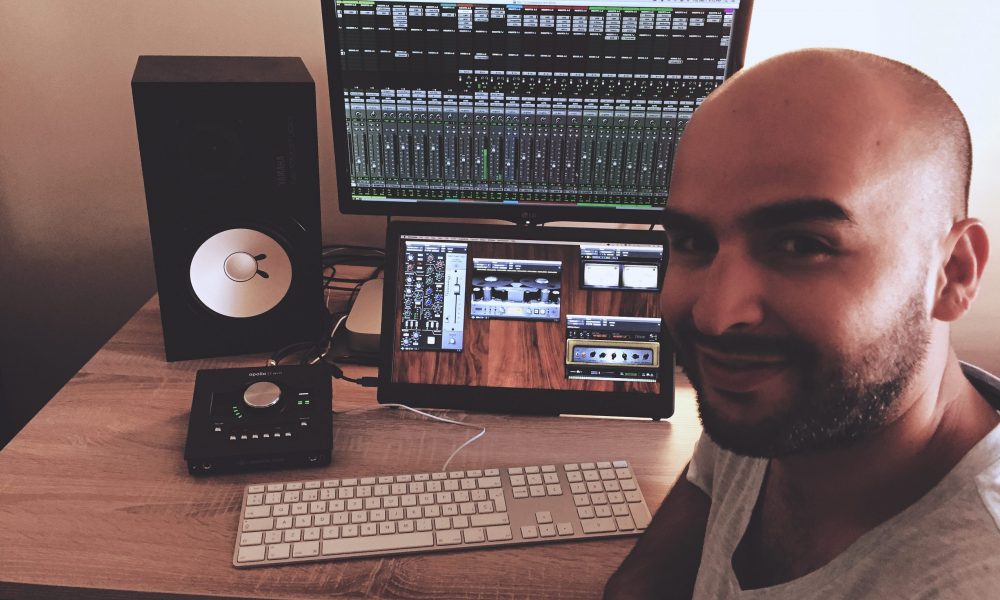 Today we’d like to introduce you to Josue Catalan.

Josue, please share your story with us. How did you get to where you are today?
I am originally from Santiago, Chile, in South America. I started my career in 2010 as an A2 working for a small production company in town doing live sound and setting up PA systems for corporate gigs and private concerts. In 2015, I obtained my BA in sound engineering at a professional institute called Duoc UC in Santiago. The director of the sound engineering department awarded me the academic excellence accolade for being the student with the highest grades and the best performance over the four and a half years of studies. At that point, I knew I wanted to get involved in the studio and music production world.

In 2014, during my studies, I met the owner of one of the biggest studios in the city, “Studios Master”. With a reference letter via email from the director of the sound engineering department, I got an internship at the studio, where I started assisting the legendary producer/engineer Barry Sage (The Rolling Stones, David Bowie, New Order). Studios Master was my first approach to big-budget professional studio productions. Barry taught me about music production, recording skills, and studio workflows. He was my first mentor from the big leagues.

In 2015, I got certified in Avid, Pro Tools (Studio Standard) thanks to Barry. During that time, I received a call from the owner of a boutique studio in the city called “Studio Factoria”. She wanted me to be the chief engineer at the studio and bring the studio to the next level in terms of equipment, sound signature, and product quality. Factoria had a close relationship with soul artist GO. Together in 2016, we worked on a single called “Son Con Soul”. The song won the 2016 Fox Music award for the best pop ballad. My credits for this song are for mixing and mastering engineer.

Also in 2015, I met the legendary producer Joe Chiccarelli (U2, The Killers, Alanis Morisette) in a masterclass he taught in Santiago. He was interested in my work and he encourages me to visit LA. So I did in 2016. In the very first moment I set foot in LA, I knew I needed to be here.

Back in Chile, I got involved with producers Max Donoso and Manuel Burgos, with whom I worked on the project of the Chilean singer Dani Ilabel. The songs quickly started building up momentum in the local scene. The project got signed by TVN records and became the soundtrack and music theme for several famous soap operas in Chile and Latin America. With Manuel Burgos, I mixed a single from famous singer Daniela Castillo, that also became part of TVN’s soap operas.

In 2016, I became a voting member of The Latin Recording Academy (Latin Grammy’s).

All these credits allowed me to apply for a Visa and finally explore the opportunity of moving to LA. In 2017, I visited LA to start the Visa process. In 2018, my visa got approved and that meant that I moved out in April that year.

Since then, Joe Chiccarreli became my biggest influence in terms of my work and my approach to music. Later that year, trying to get more involved in the music scene, I started a 2-month internship with famous producer Warren Huart (Aerosmith, The Frey). By that time, I started mixing and mastering an album for Local singer-songwriter Alicia Blue (She also was featured in Voyage LA). Her single “incognito” and album “Alicia Blue” premiered on Billboard.

In 2018, a company called McDsp, winner of an Emmy award for their development in audio solutions for the music and audiovisual industry, reached out to me offering me a sponsorship that is still in effect today. This meant a huge recognition to me and the work I’ve done these years.

That same year, I was invited to my former school, Duoc UC in Santiago, as the main speaker to talk about mixing, production and teach about how I engineered my most successful projects.

I am currently working as a freelance A1 in the live sound world for production companies such as “Streamline Audiovisual”. With them, I’ve worked for artists such as the Gypsy Kings, 98 Degrees, Lee Greenwood, Everclear, among others.

Also, I am working as a recording and mixing engineer for music production projects internationally, recording in several studios around South America and the US, and mixing from my own studio in Los Angeles. Furthermore, I am aiming to open my own mixing commercial studio facility to start developing projects with other engineers and producers in town.

Finally, I am about to become part of Hiss Msc. A new record label in Latin America that aims to bring local artists into a more global scheme marring my work in Los Angeles with the networks in Chile and Latin America.

Overall, has it been relatively smooth? If not, what were some of the struggles along the way?
I think it’s never that smooth. In my case, trying to break through a small music scene such as the Chilean scene is tough especially when you are just starting. Secondly, probably the biggest challenge for me was having a chance to be able to move to the US and finding a place for me in the music scene. Also, leaving everything behind in Chile to pursue your dreams and goals makes you grow and it’s definitely a big sacrifice.

We’d love to hear more about your work and what you are currently focused on. What else should we know?
I am a sound engineer specialized in music production, in more detail, I focus on recording and mixing duties. I usually work alongside music producers and artists, engineering the sound of an album or single. My job is to bring to reality all the ideas and music arrangements creating a final product that would be the final song file that everyone will listen to.

Personally, I try to maximize music over the technical aspect of music production. To me, the song is the most important thing and the role I play in the process is to bring the song to the next level carefully with good taste: Always trying to translate what the song needs in terms of movement, excitement, and message.

I had the blessing of learning from amazing producers and engineers like Joe Chiccarelli, Barry Sage and Warren Huart, that have had incredible success in the past. So having that school of doing things the good old way is amazing for me. So I try to blend all the new technology and the digital era with the old ways of doing things, creating a fast and productive workflow that also has all the details, nuances and mindset that I have learned from my mentors.

What is “success” or “successful” for you?
To me, success could be defined as a state or place where you find yourself accomplished doing what you love every day. Also, a place where you are able to give, share and help others with whatever you have built in your career and life.

I believe that your professional life can and will impact greatly who you are as a human being and how much you move forward in life. 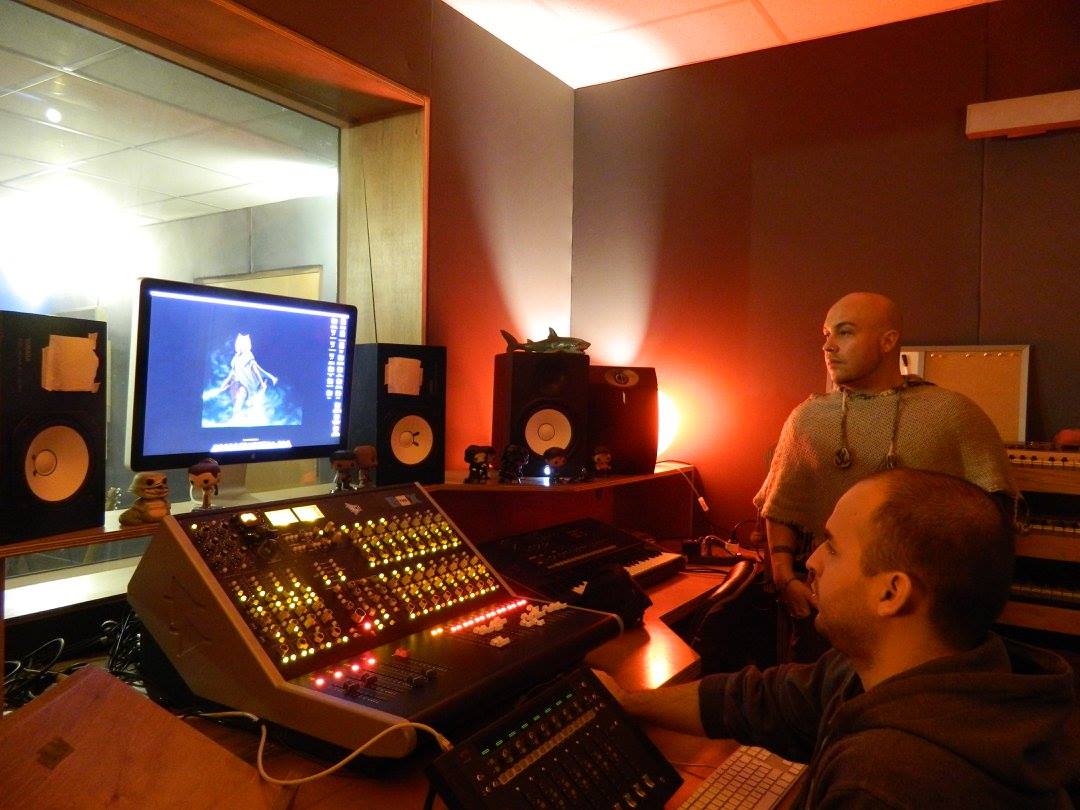 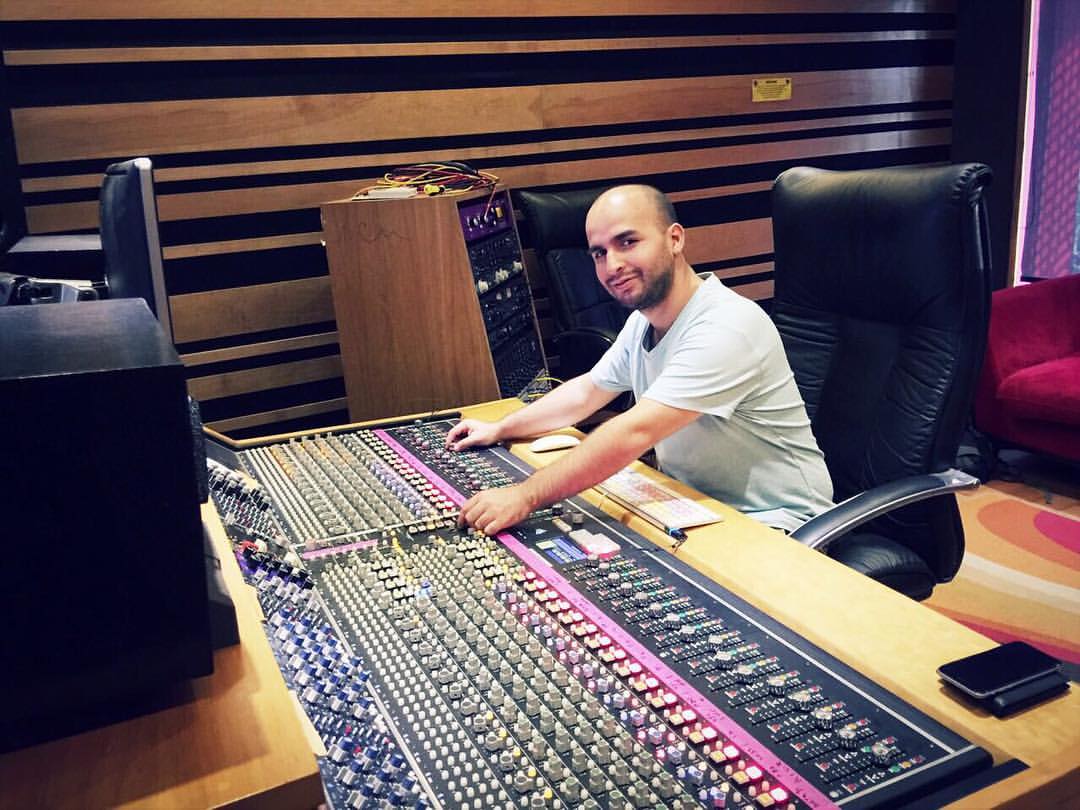 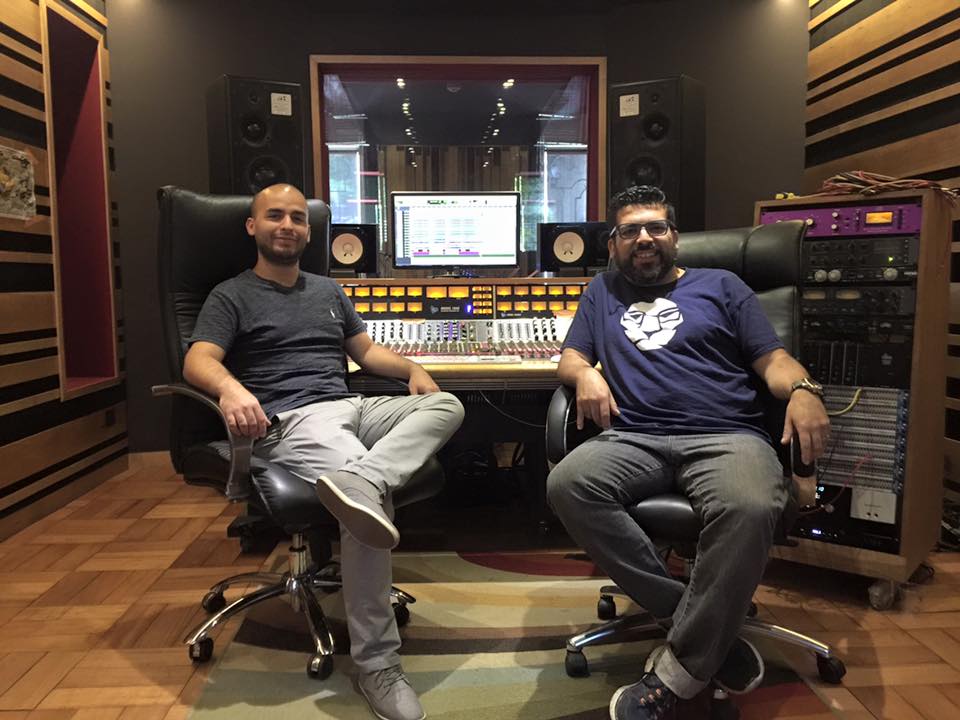 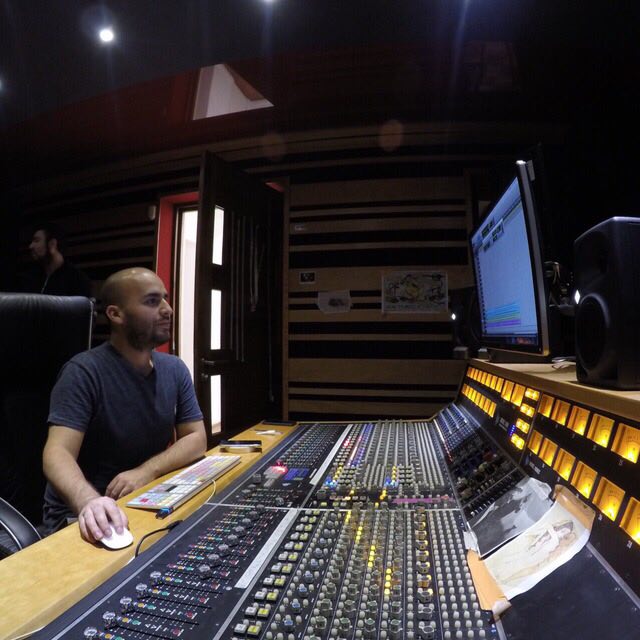 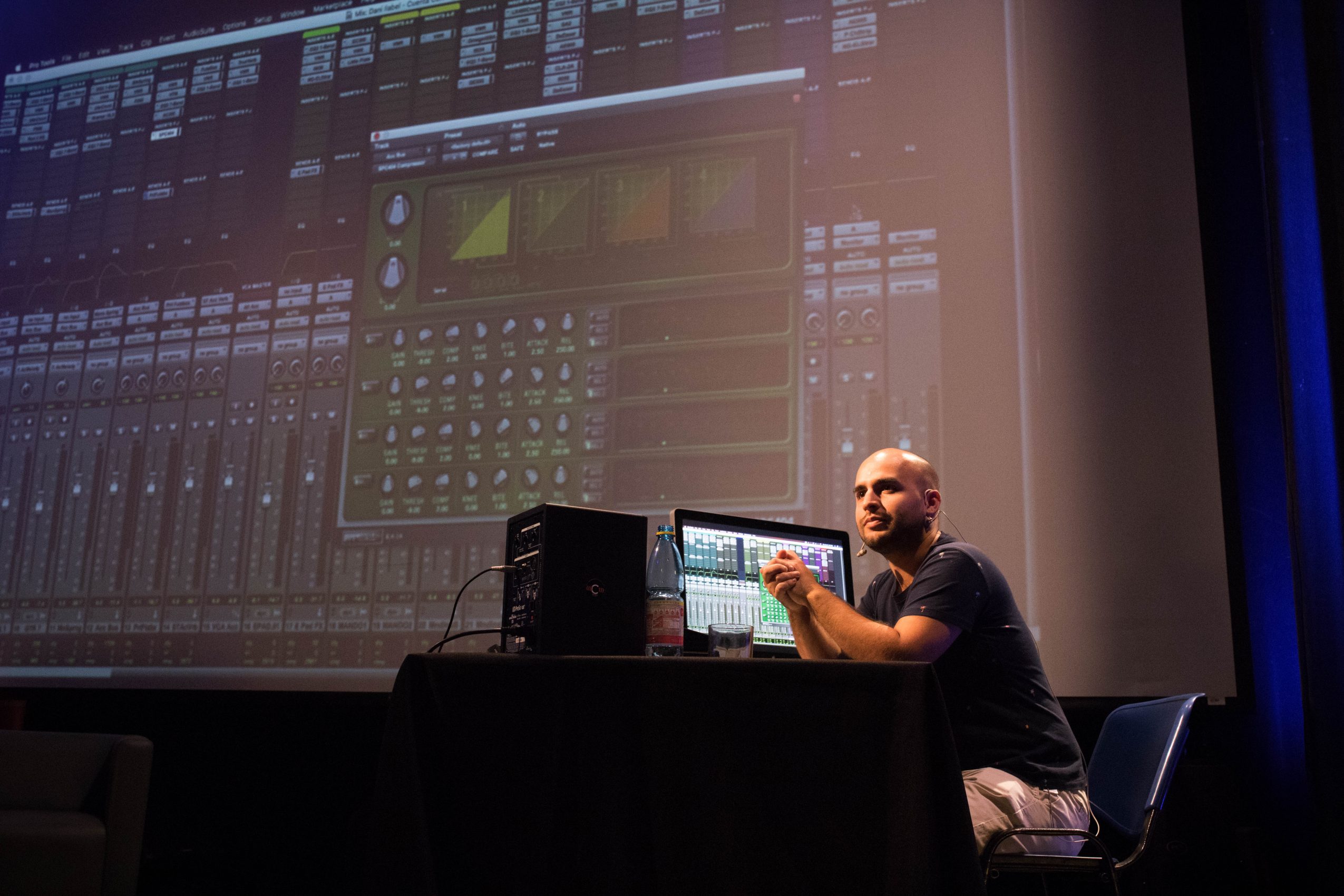 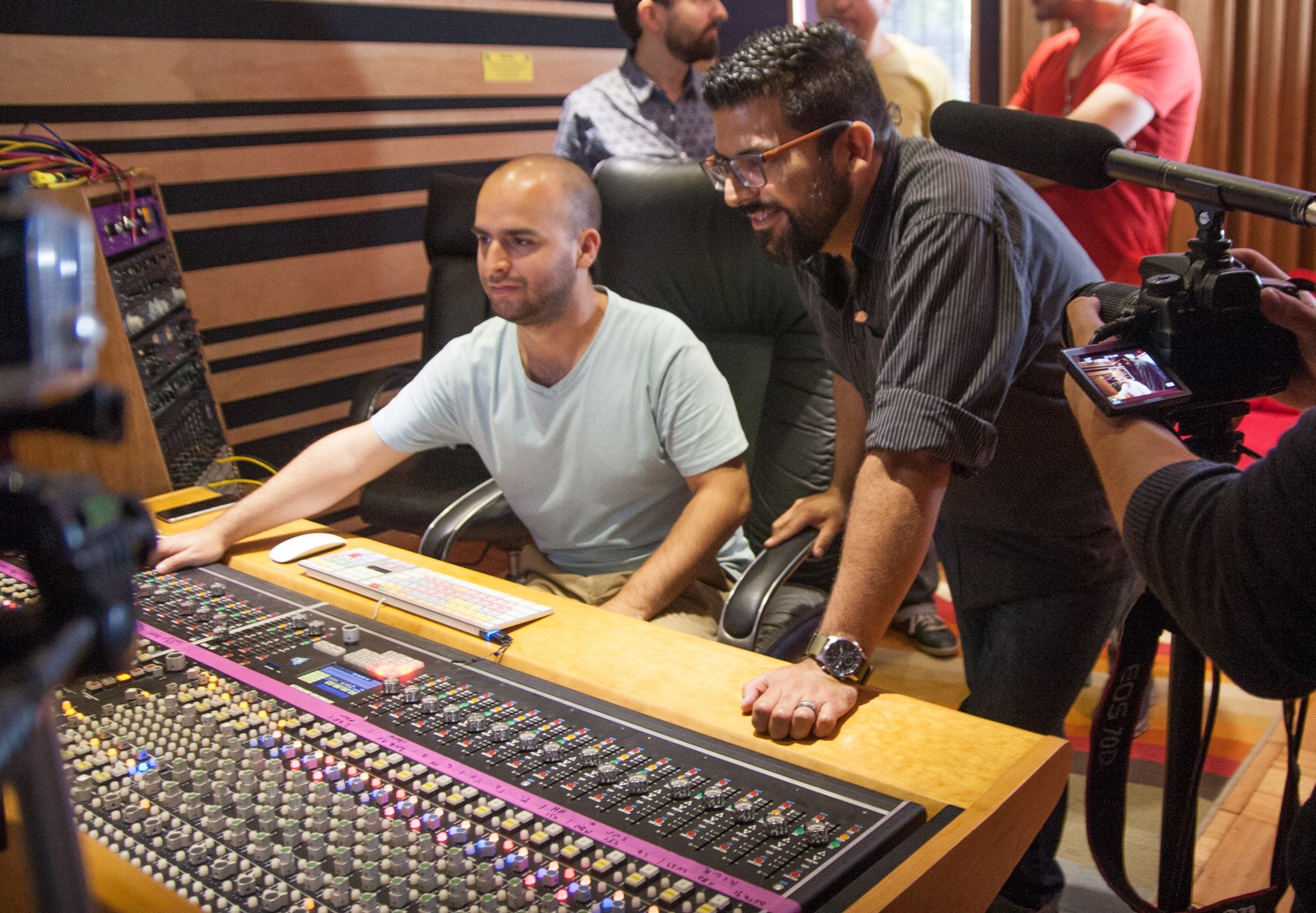 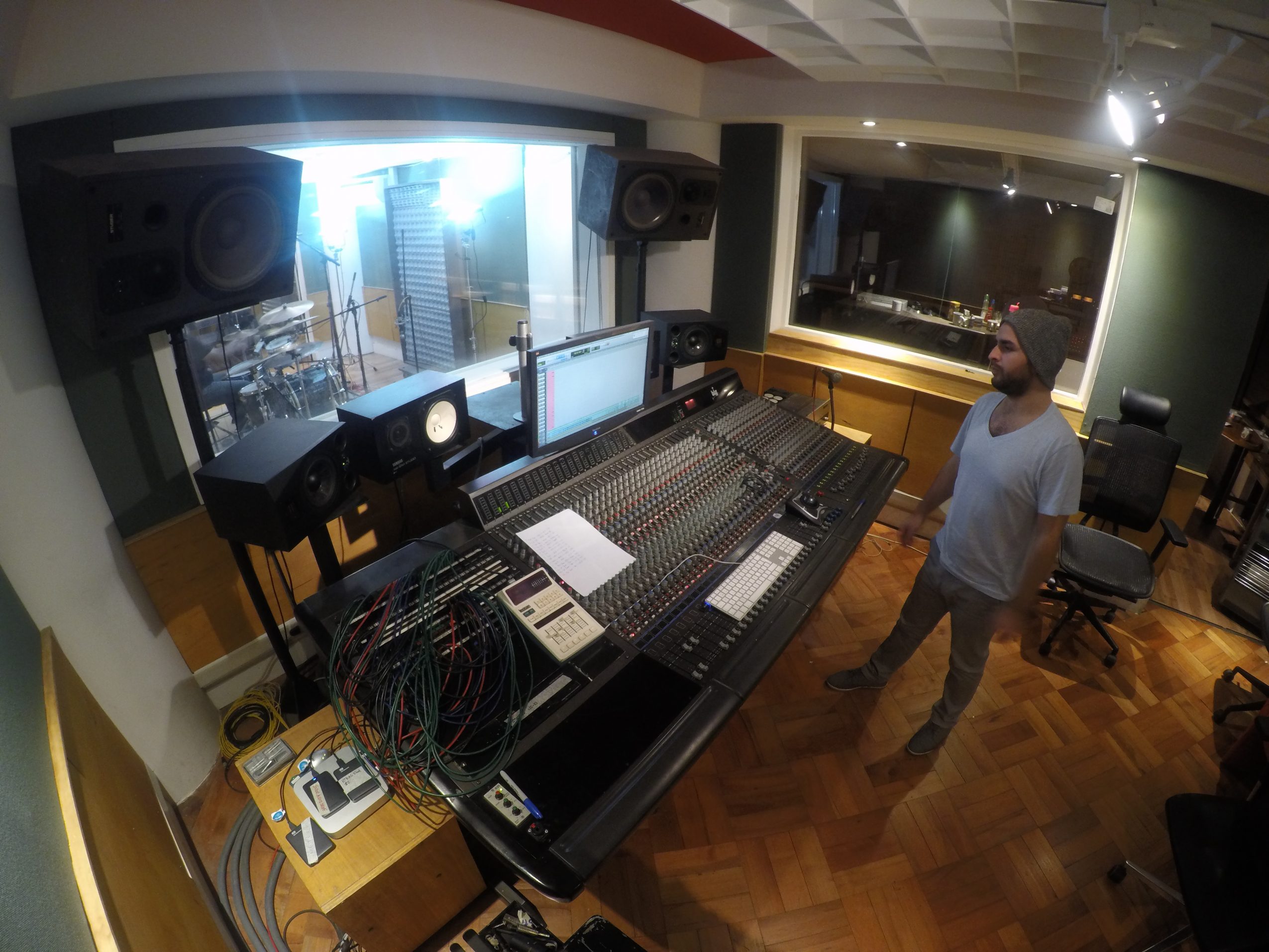 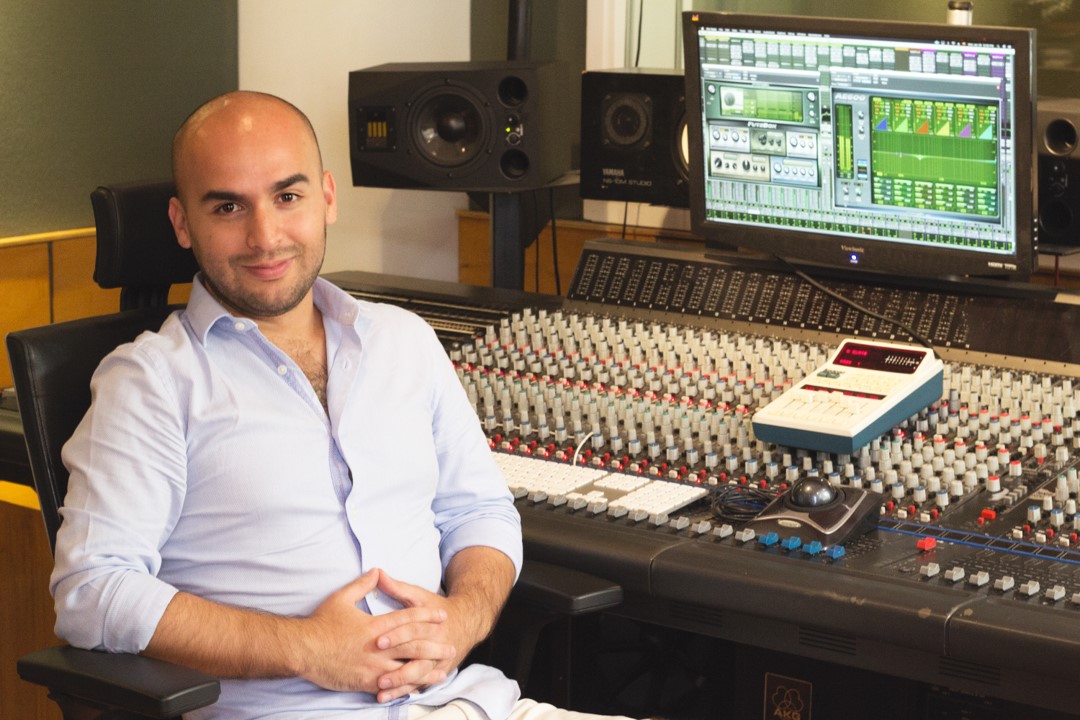