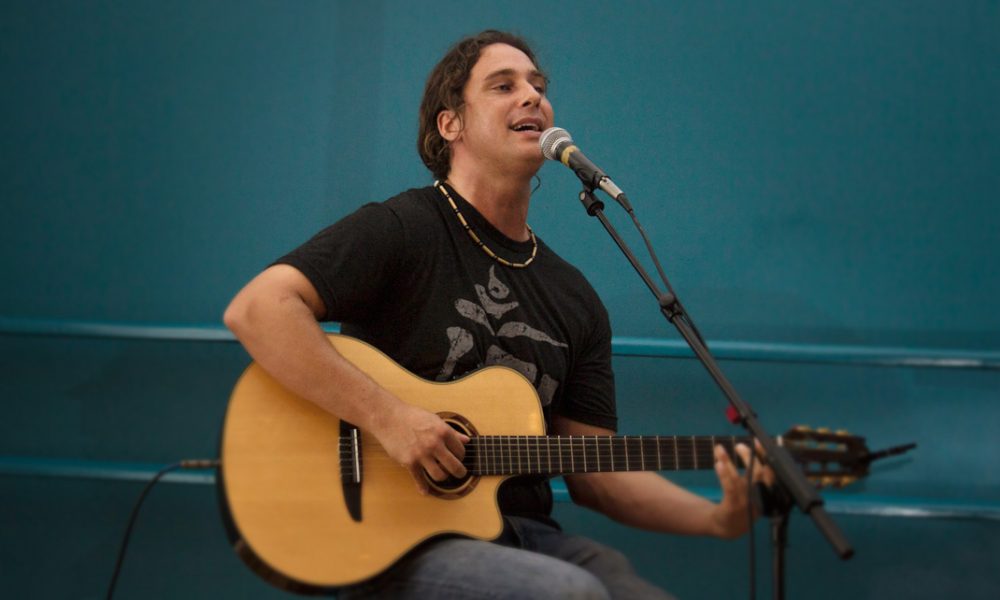 Today we’d like to introduce you to Joss Jaffe.

In 2019 Joss was signed to Los Angeles based record label Be Why Music focusing on New Age music who’s artists won the Grammy in the New Age Grammy 2 of the last three years. His album Meditation Music featured sonic technology such as binaural beats and isochronic tones designed to facilitate brainwave entertainment or synchronizing the brain to deeper, slower waves associated with relaxation, meditation, sleep and stress reduction. The album debuted at #3 on the Billboard New Age Chart in October 2019 and was featured on many meditative, sleep, relaxation, yoga and stress-reduction playlists and radio programs. His newest release on the Be Why Music label is scheduled for April 2020 and is titled “Traveller”. The unique sound merges genres of electronica, hypnotic dub reggae, ambient new age and trip hop with conscious lyrics exploring topics of love, life, intimacy, mortality and spirituality drawing in the listener with Joss’ clear and distinctive voice. Videos for the singles “Traveller” and “Play it Again” were shot in South Korea with an all Korean video crew, director and actors at a popular club in the hip and stylish Hongdae neighborhood in Seoul.

Joss returned from a five months tour of Asia in 2019 where he performed in Mainland China, Hong Kong, Japan, Korea and Malaysia. The recent outbreak of Covid-19 has grounded all touring but Joss remains committed to releasing music to uplift humanity during this difficult time. He is looking forward to releasing the Traveller EP followed by a ten track album of “Dream Pop” songs later in the year and resuming his rigorous touring schedule when it is safe to do so.

Has it been a smooth road?
Being a full-time professional musician is not for the faint of heart. It takes an incredible amount of resilience, creativity, trust, faith and commitment to your dream to keep going through the difficult and uncertain times. Musicians face an incredible amount of obstacles and a huge amount of rejection in pursuing their art and bringing it to a wider audience. They also potentially face considerable financial uncertainty. Ultimately the decision to follow this path is a deeply personal choice and those hopes, dreams and convictions have to be quite strong to weather the challenges. For me personally, I have done a lot of work using mantras, or the practice of repetition of empowering phrases used to steady and protect the mind and body. Incorporating mantras into my music was both an artistic, personal and spiritual choice and it’s offered me a lot of strength during the most uncertain and difficult times. Being a musician is not always a struggle however. There are lots of wonderful things about this lifestyle and so many uplifting highlights about sharing this music with people around the world. It’s interesting because right now, this very moment, with Covid-19 taking its toll on musicians and pretty much all independent contractors and small businesses it feels like the most unprecedented and challenging time anyone has ever experienced. It’s all so new, no one knows what to expect. Whatever happens during and after this period will be something to watch and live through!

We’d love to hear more about your work and what you are currently focused on. What else should we know?
As a musician, I perform, teach, record, produce and facilitate events, retreats, workshops and conferences. To date, a lot of my work has been connected to yoga and the yoga community around the world. With my background in Indian music, mantras, kirtan and sound healing my music has fit very well in the yoga sphere and that has taken me to many far off places such as Asia, Europe and Australia. I have four full-length albums of original music plus many collaborative albums and albums I’ve produced for other people. My music is often described as cross-genre and merges elements of traditional and world music with new and emerging genres such as electronica, dub, ambient and sound healing. This unique approach to music has been talked about in articles and reviews. I rarely set out to create a specific blend of genres, I am mostly following my ear and using the elements I think are going to add the right sound I am looking for. Being a drummer (Tabla) a vocalist and a multi-instrumentalist has given me the perspective to see things in terms of rhythm, melody and harmony in a really visceral way. My study of different types of music, most extensively Indian Classical, has given me a unique set of tools to bring to a studio, concert, gig or workshop. One of my favorite things to do is teach and I particularly love working with what I call the “Total Beginner” to help them learn to sing or play for the first time. I love sharing the joy of music. I feel like it’s the best gift I can give someone.

Is our city a good place to do what you do?
LA is a truly unique cultural landscape and yes, it has some of the best conditions for most of the different styles of music I play and produce. For instance, LA has long been thought of as an epicenter of the modern yoga movement focused on flow, vinyasa, aerobic and fitness styles. It has also been a place where kirtan, devotional chanting of mantras associated with yoga spirituality, took hold in a big way over the last several decades. LA is also a massive center of the arts in almost every way. So there are always musicians available and a host of venues and special events where cool things are happening. It’s a fun place to live. 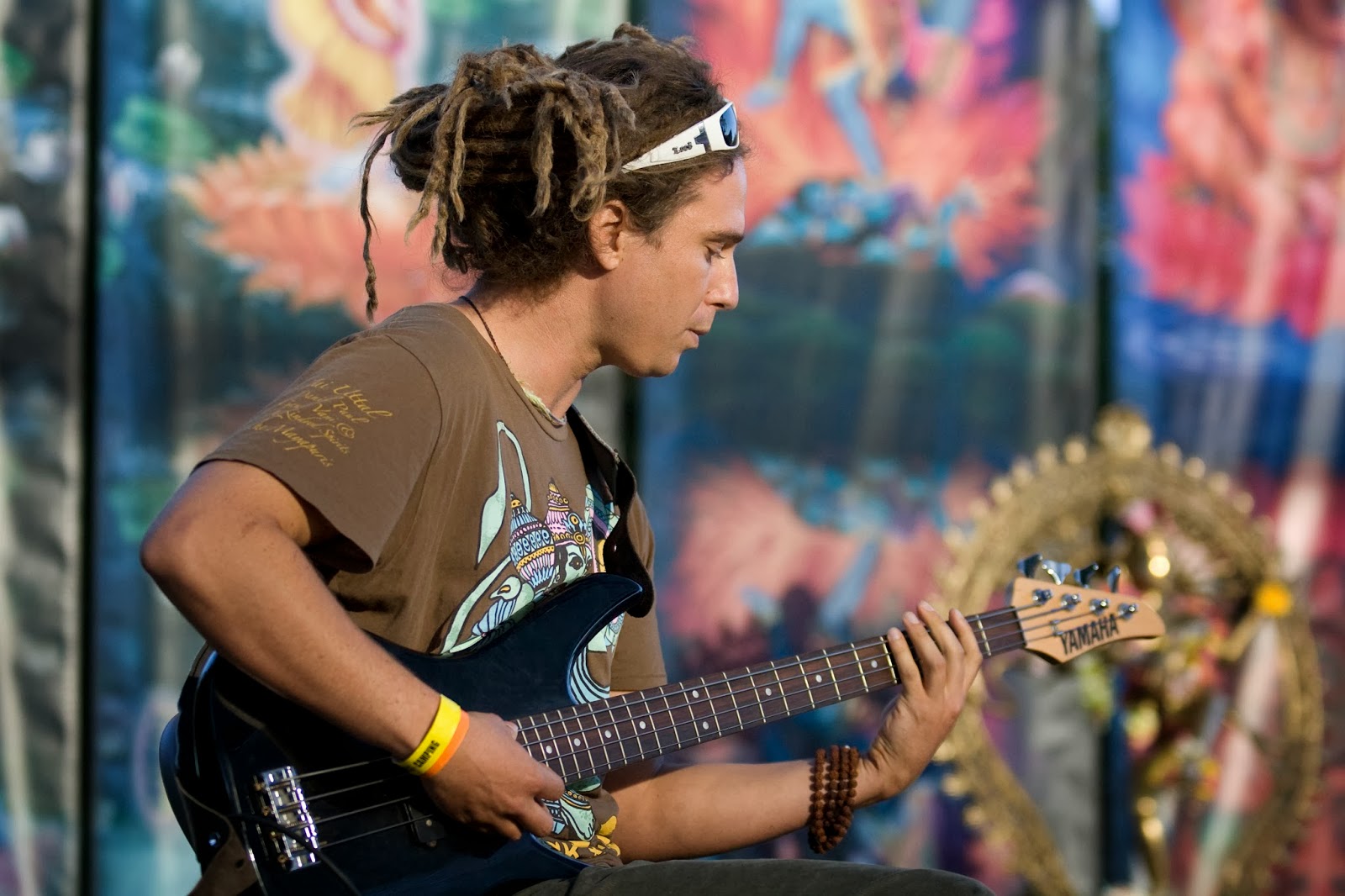 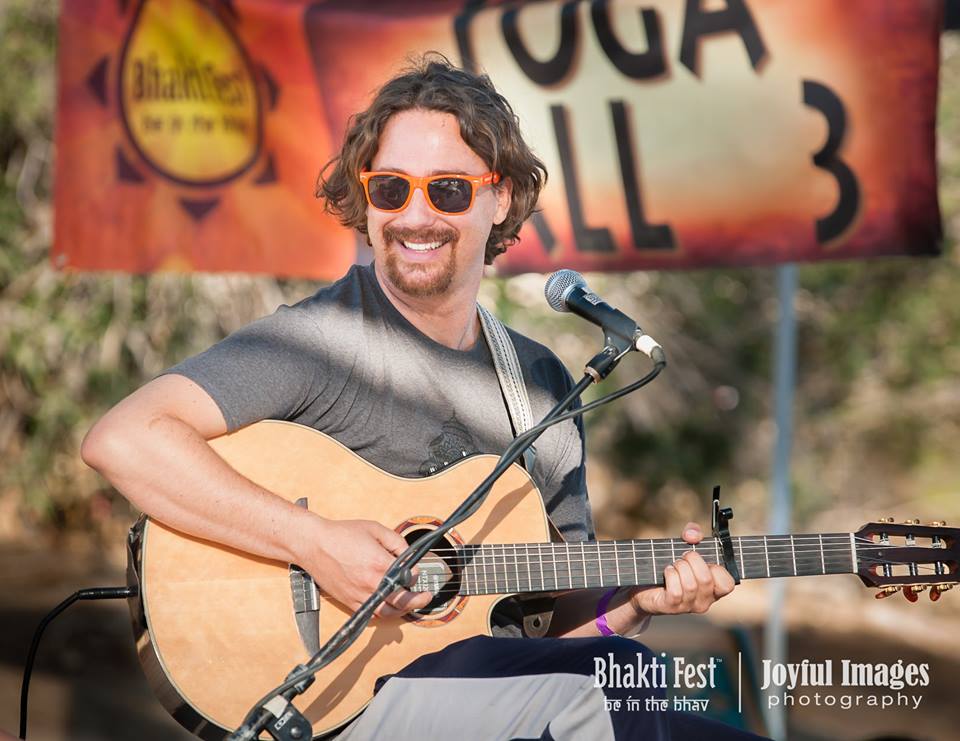 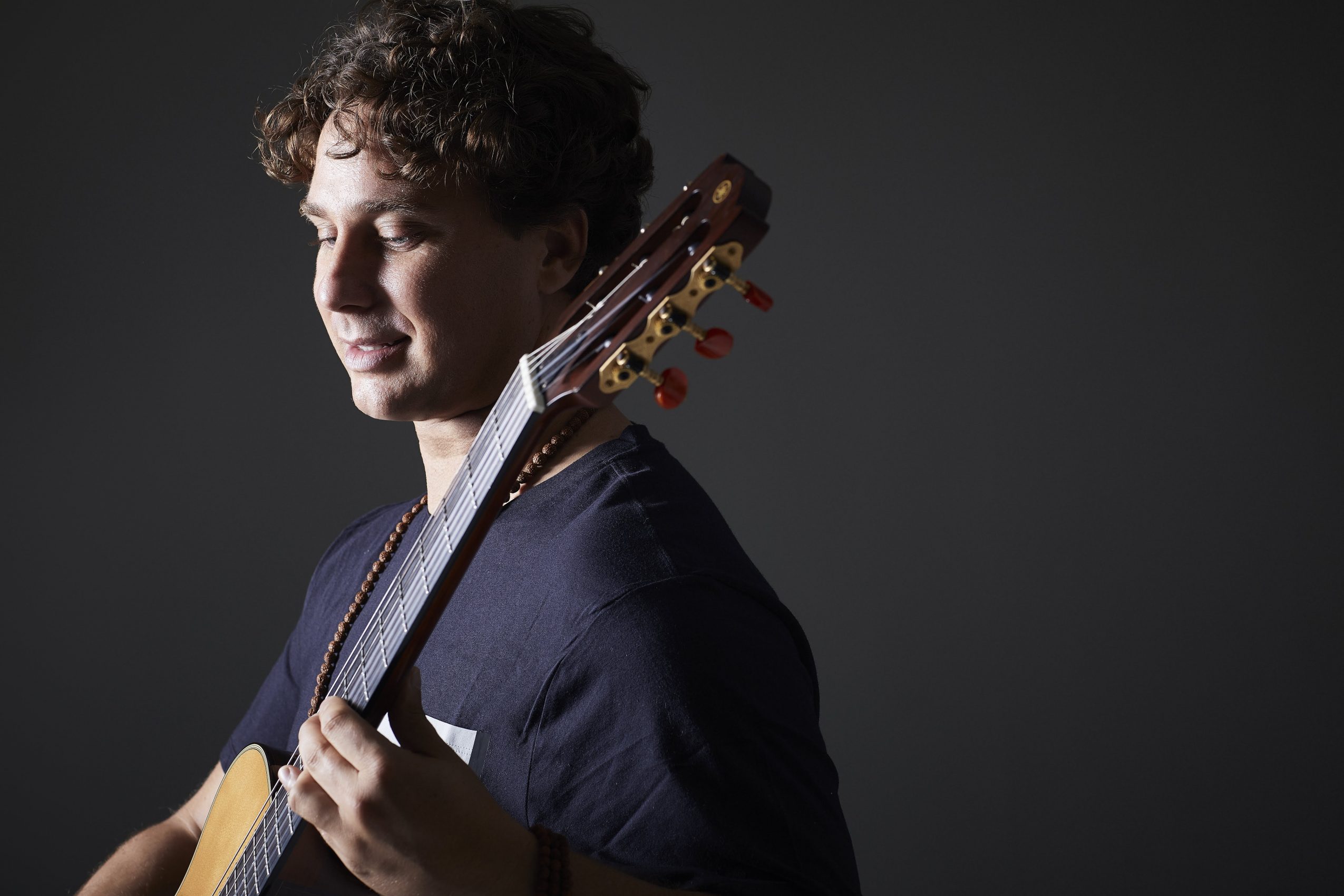 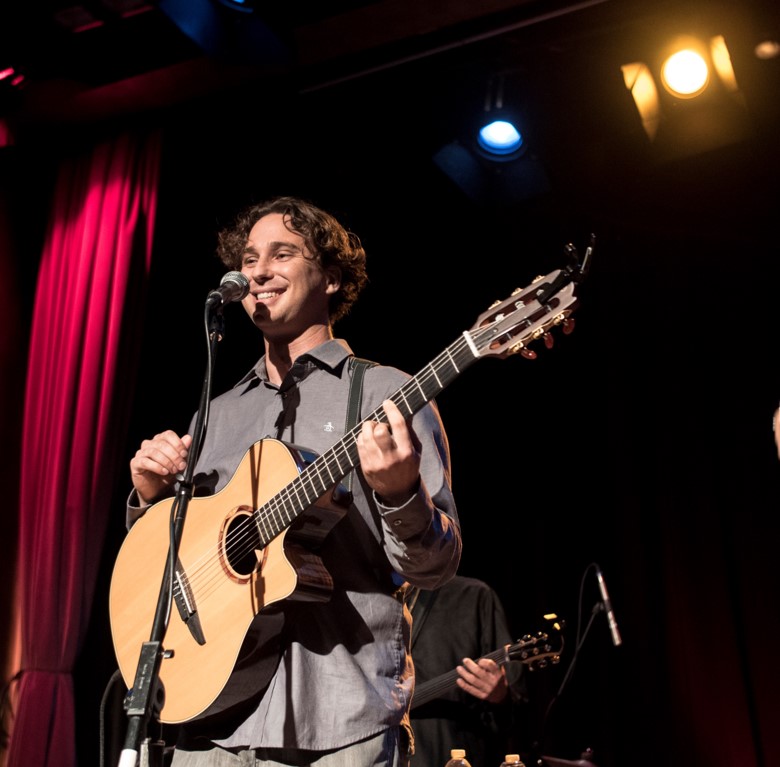 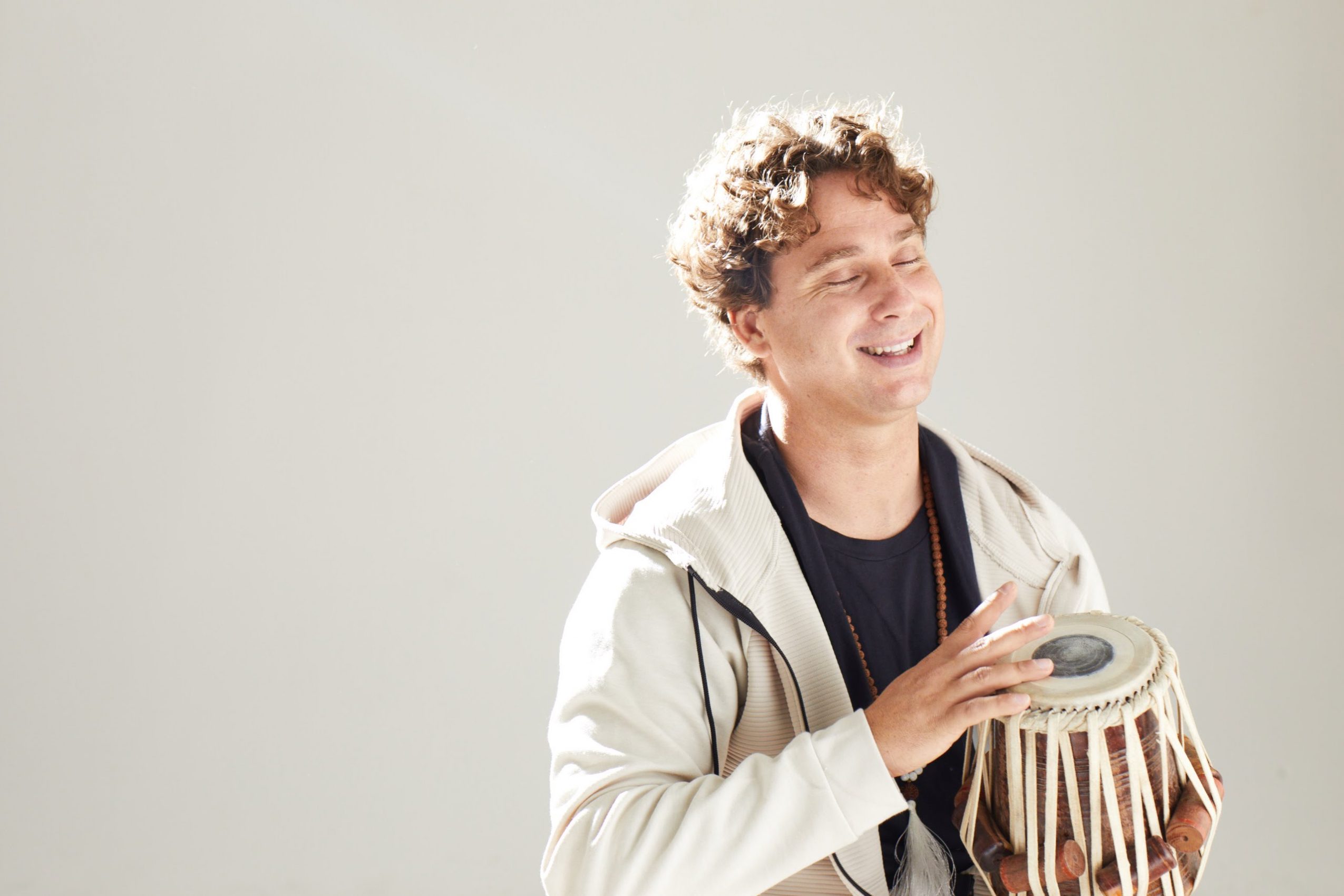 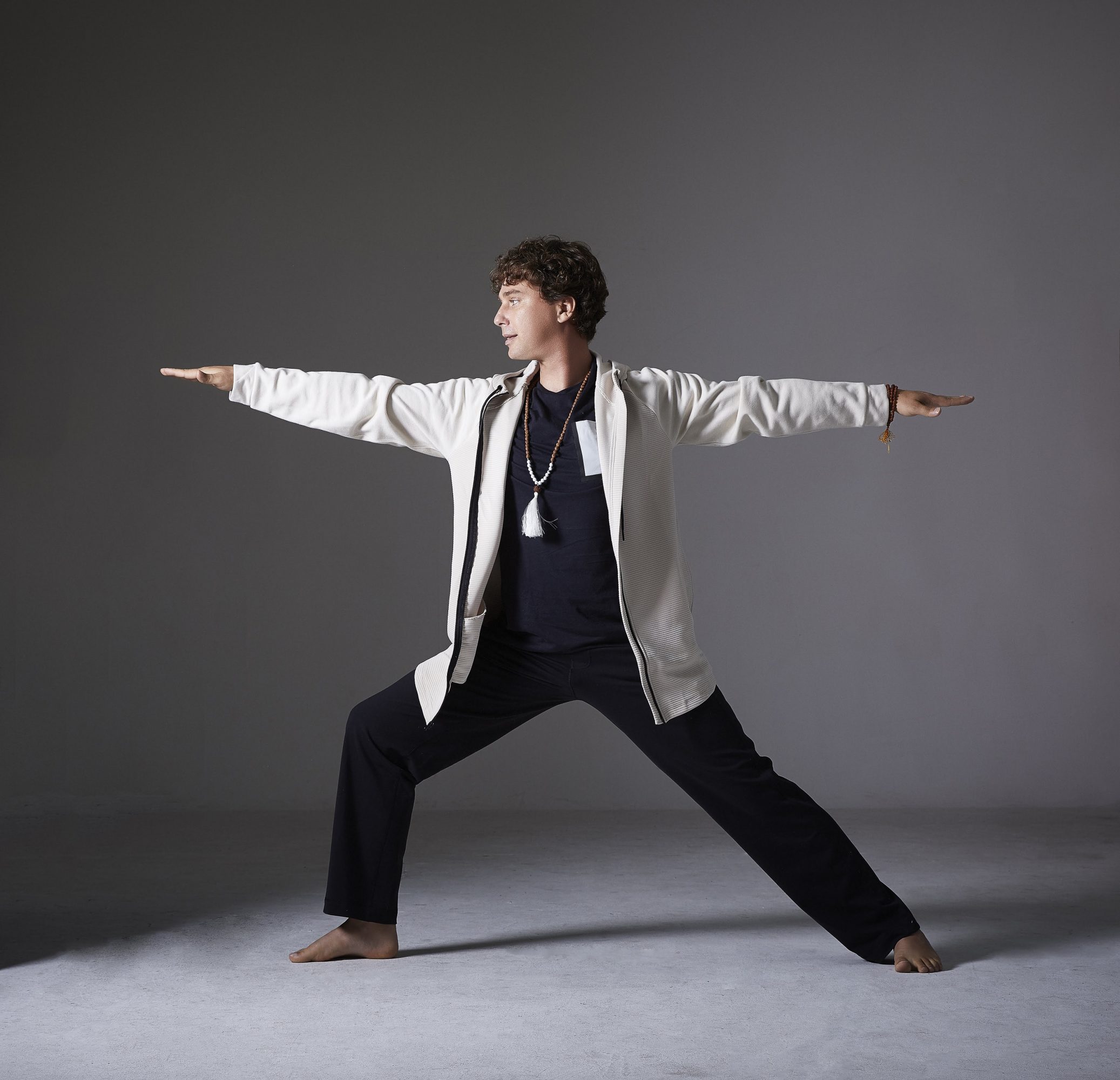 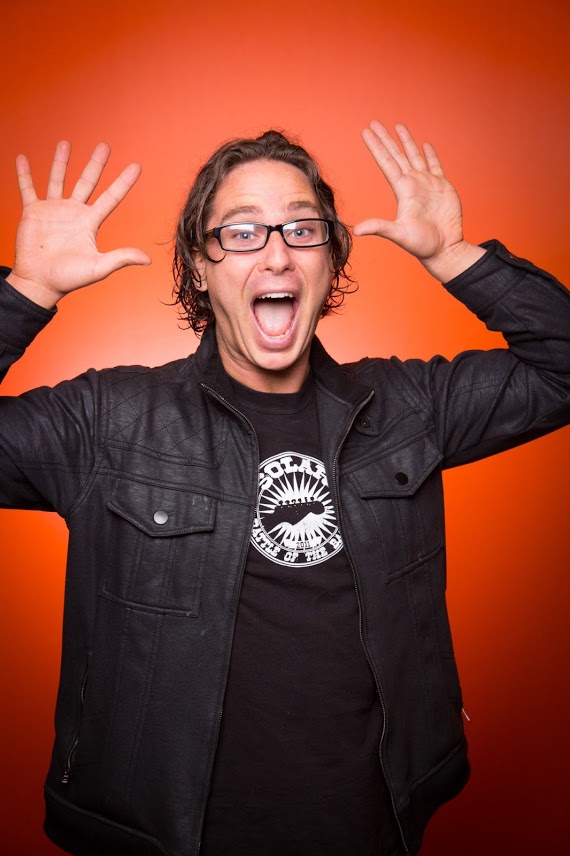 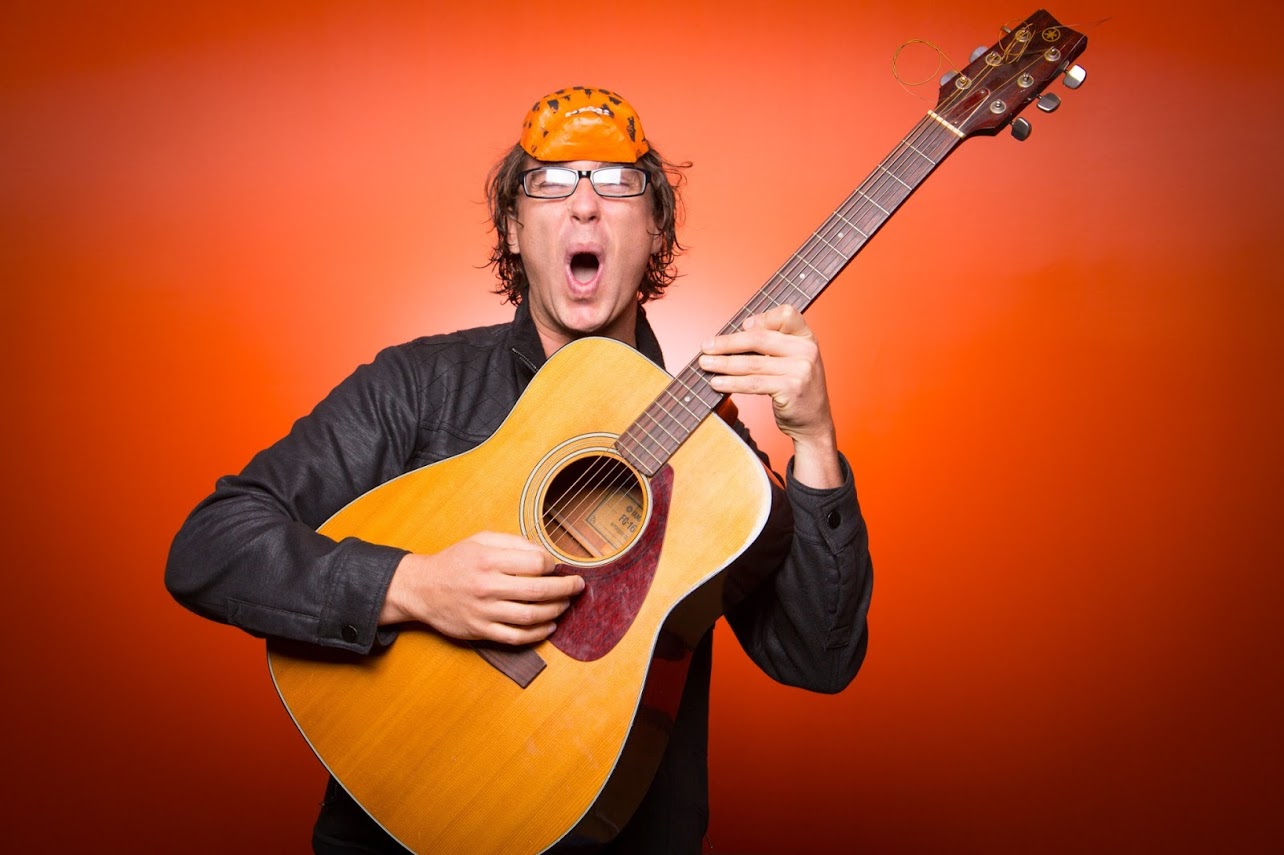