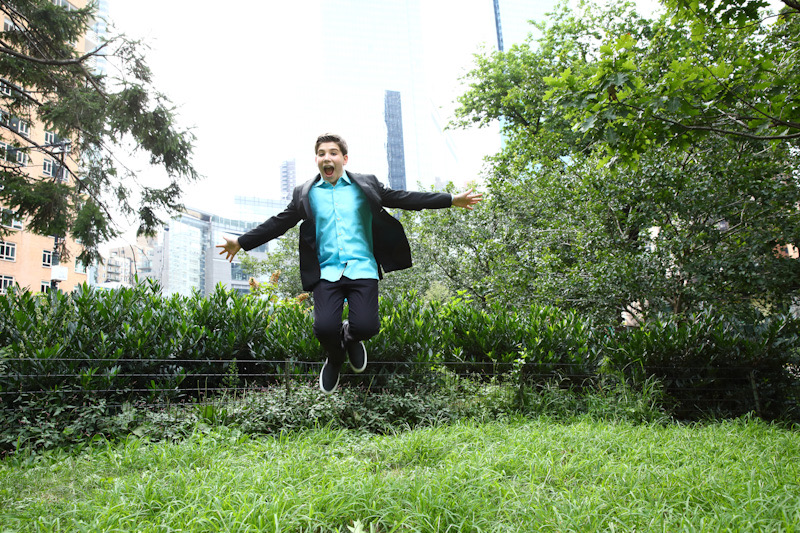 Today we’d like to introduce you to Joshua Turchin.

Joshua, let’s start with your story. We’d love to hear how you got started and how the journey has been so far.
I have been singing, composing and playing piano as long as I can remember. My parents have told me that as soon as I could stand, I would crawl over to the piano, pull myself up and touch the keys. They said I would also always bang to a beat. As I got a little older, around 3 or 4, I started figuring out songs on piano by ear. When I was five, I started formal piano lessons. The teacher told my parents that I could match pitch really well and that I should take voice lessons. So, I started singing with a teacher as well. That teacher told my parents that I should really try some acting lessons because I seemed to have a natural ability. That led to acting lessons. The acting teacher told my parents that I should start dance, and so I did. So, it was sort of a chain of supportive teachers that gave encouragement along the way. I loved it all and had so much fun playing piano, acting, singing and dancing. From there, I just started picking up more instruments, like drums, guitar, melodica, accordion, ocarina and others.

In addition to performing, I started writing music. Most of my early songs were about love. I know that’s kind of funny that a five years old would write about love, but it just seemed like the way I felt to best express myself. I kept on writing and eventually started writing the music for The Perfect Fit, the Musical when I was nine years old. I finished the musical when I was twelve and it was accepted out of hundreds of applicants (I was the only child to have a show in the festival) into an international theatre festival in NYC where it sold out prior to opening, received rave reviews, and won Best Book of a Musical! I recently released an EP of songs from the show on Broadway Records!

As a performer, I kept on working on my skills and went to NYC for three weeks for summer programs when I was eight years old. An agent had heard about me and signed me before the programs began. I started auditioning for Broadway and Broadway tours immediately and booked my first professional theater job that summer playing Randy in the Broadway National Tour of a Christmas Story. From that point on, I have been so fortunate to continue auditioning and working in the industry as a multi-hyphenate!

Has it been a smooth road?
I don’t know if anything in life will ever be a smooth road. I think it’s the speed bumps that keep me growing and wanting to improve, adapt and continue to grow as a performer. I believe strongly in taking any of those speed bumps along the way and not viewing them as obstacles, but rather tools to help me grow.

For example, sometimes there are roles I’d love to play, but I’m not the right size or fit for it. But I have to think that there is always a fit somewhere and that one door closing may open five more. When there were less roles for kids on Broadway a few years ago, I started the band Broadway Kids Jam when I was around 10 to allow Broadway/TV/FIlm kids to collaborate on music when they weren’t working. From that, I started The Early Night Show which was a cabaret show featuring Broadway/TV/Film performers (kids and adults) and began to work as a professional music director and accompanist. Once Covid-19 resulted in the extended pause in the entertainment industry, I was one of the first to transition to an online platform to allow even more performers to showcase their work from their own homes. I have been able to collaborate with many artists in LA, NYC and all over the world!

So, although it hasn’t always been a smooth road, I’ve used every speed bump to help pave my own way in this industry and create opportunities for others along the way, too!

We’d love to hear more about your work and what you are currently focused on. What else should we know?
I have a few fun projects in the works, including The Early Night Show with Joshua Turchin, The Perfect Fit the Musical, and a new parody musical based on Avatar: The Last Airbender. I try to focus on providing opportunities for performers and providing audiences with entertainment! Quite often, people don’t think a kid can do what I’m doing, but my hope is to show people that you should never underestimate the drive, determination of a young person.

Is our city a good place to do what you do?
Yes! I love Los Angeles! I had such an amazing time performing there as Flounder in The Little Mermaid Live-To-Film at The Hollywood Bowl last year! So many talented people live in Los Angeles and I would love to continue to collaborate with professional performers in Los Angeles, maybe even bring The Early Night Show to Los Angeles and hopefully The Perfect Fit, the Musical for audiences to enjoy!

I would absolutely recommend anyone starting out in the business to go to LA! The training is top-notch (I often work with experts in the field from Los Angeles). 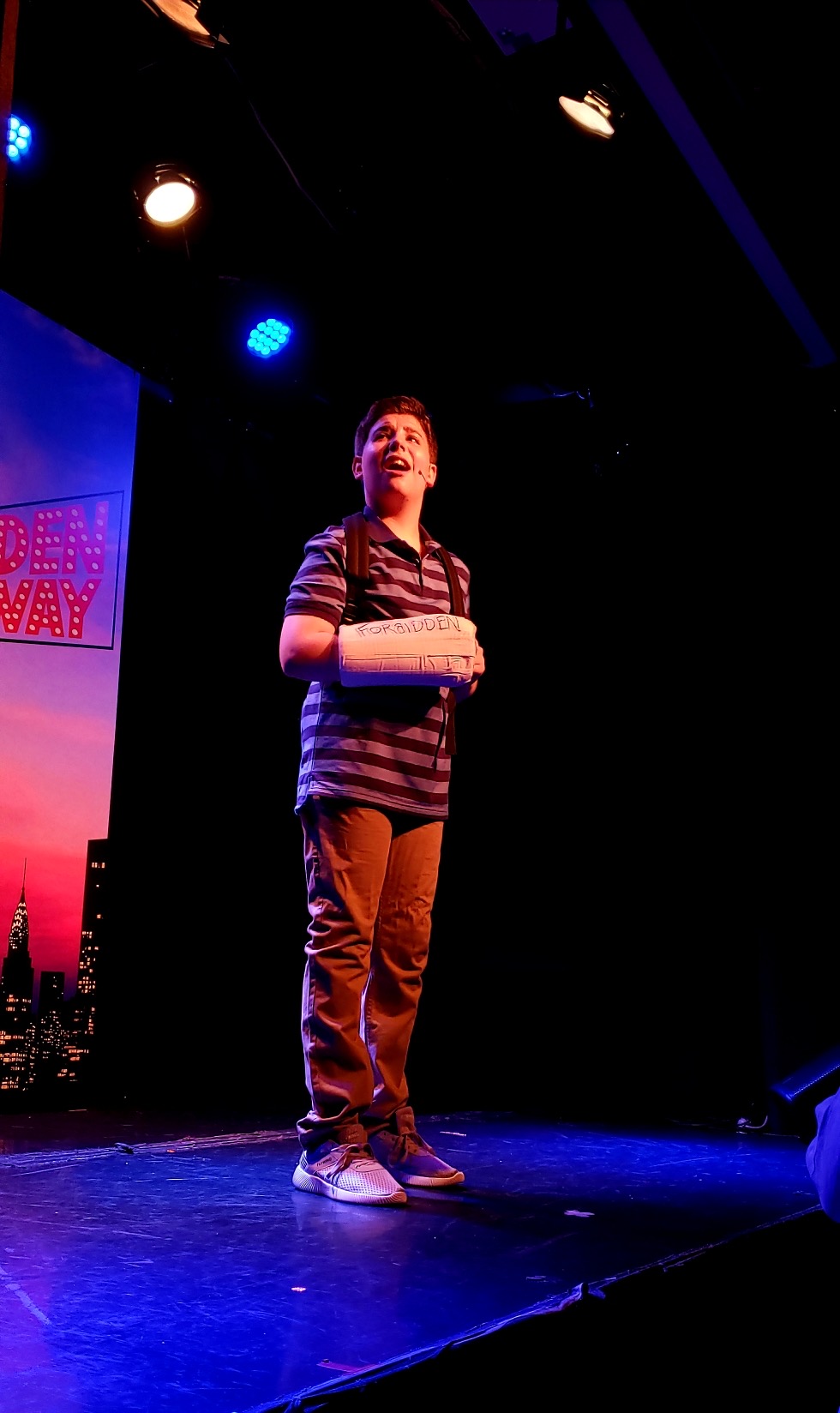 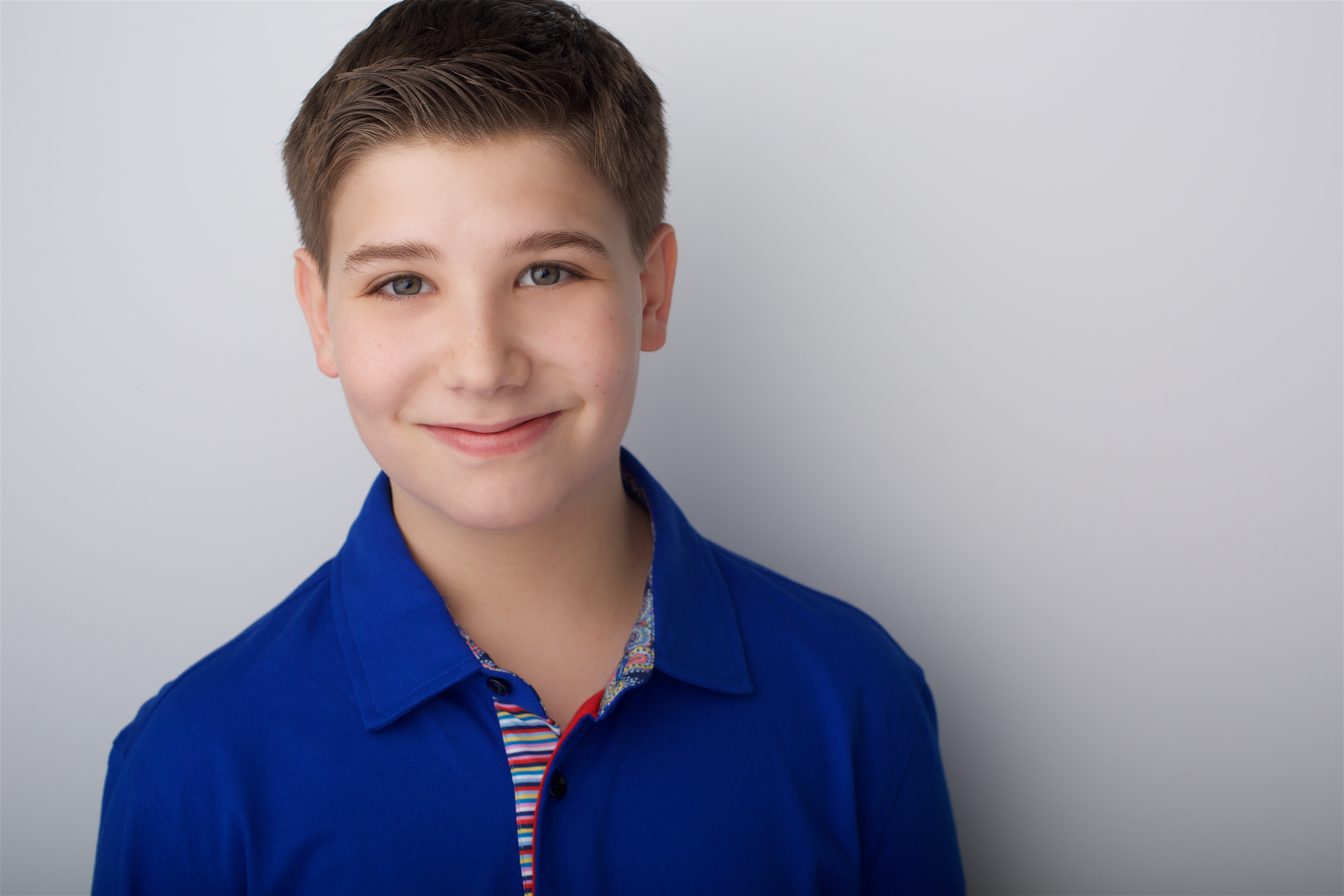 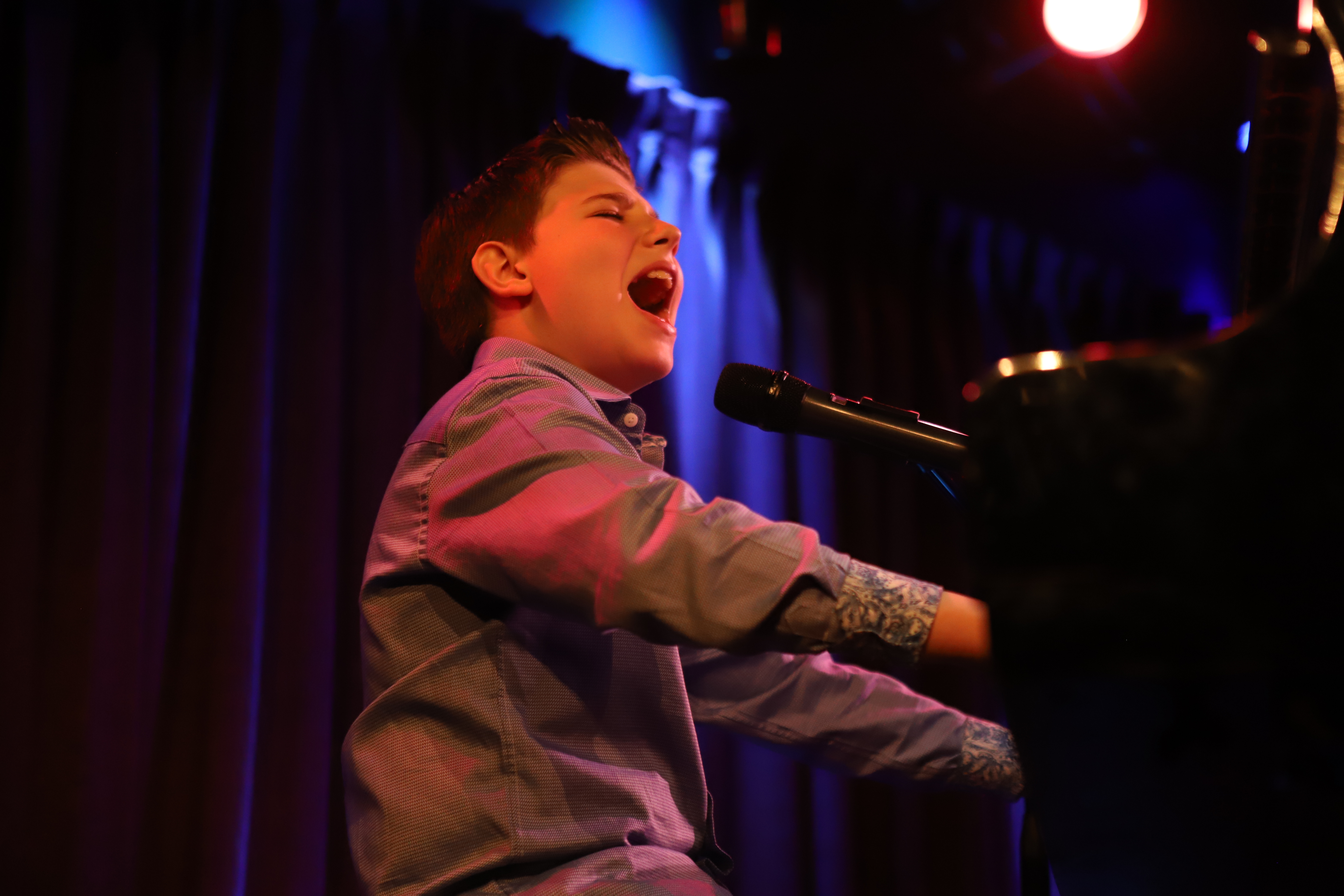 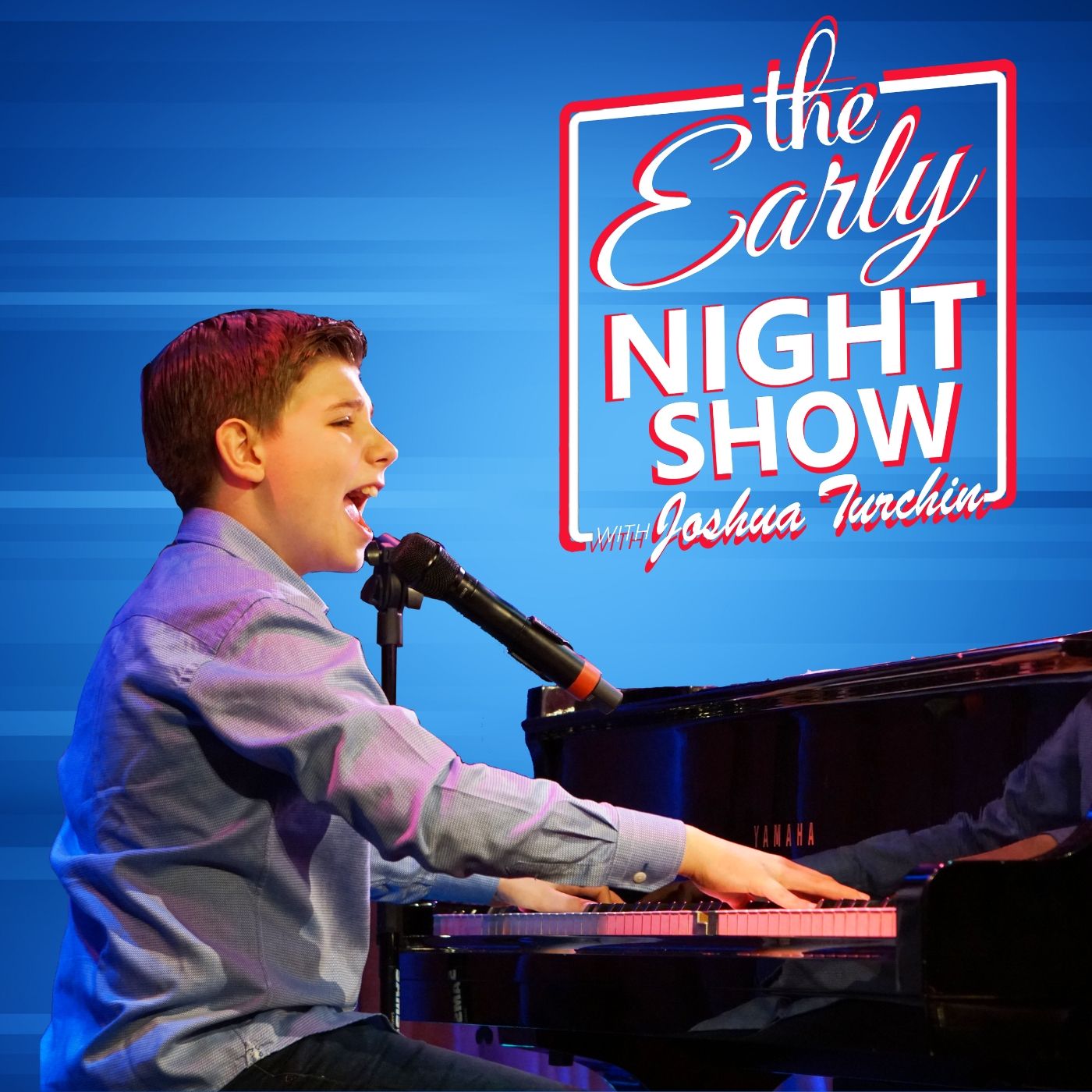 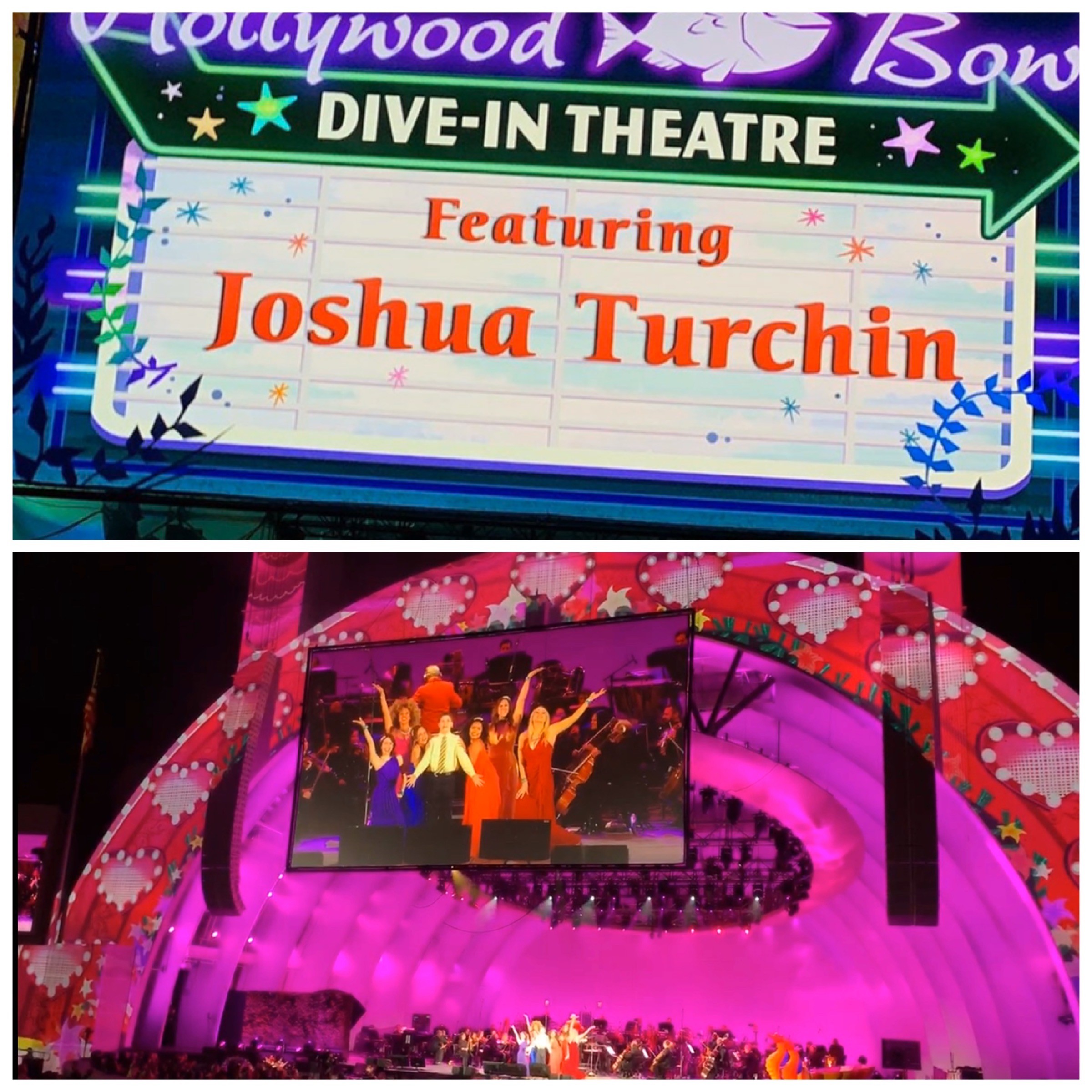