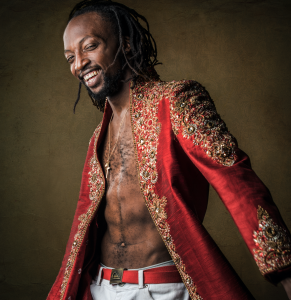 B’kem, can you briefly walk us through your story – how you started and how you got to where you are today.
In Los Angeles, California I started my instrumental journey of playing the drums which in turn kick-started my musical career. At first, I didn’t take it quite seriously, I went by a variety of names.

First as Megaman, turtle (not by choice), tragic, however, I began to desire a more in-depth and powerful representation of myself which would resonate with my peers and be at my most Authentic self by choosing the name B’kem which comes from my middle name “Chibuikem.” Before I came to that truth I connected with Somto “Famos Fame’, Madu and Sage Classic were as I was going by various other names that held no truth of who I was but spoke of one issue I was facing, I had an Identity Crisis.

My family came to the U.S. in the year 1999 from Nigeria. I was nine years old at the time. All I knew then was I loved music, wanted to be apart of music, yet it seemed like a dream that wouldn’t happen for me (until much later in life) as the only options my parent would accept at the time were being a Lawyer, a Doctor, or an Engineer and these options never worked for me. When I first started school here in L.A. I was faced with the most challenging part of my life as I went through bullying that created the Identity crisis.

From the fifth grade, I was called a numerous amount of degrading names such as African booty scratcher, Jamaican Cockroach, Jamaican Beacon, etc… any African disdaining name I’ve probably heard. It made going to school difficult as people would throw things at me in class while insulting. Yet I had friends that would have my back in the worst of it. I really thank God for them because I couldn’t have made it through the hazing, the forced gang affiliation, the mental oppression without him using them as intercessors to get me through it.

My grades, on the other hand, suffered due to the lack of being able to focus in school. I knew it was the area, It was so bad that one of my 7th-grade teachers quit his job. He stated that he couldn’t deal with the kids in the school, and his replacement would pass anyone that didn’t cause him trouble. In the same year, I received the nickname turtle. Kids would call me that name through chanting, physically pushing me, and throwing things at me while yelling it. Honestly, It feels like I was in the 1600 hundreds, in the process of being tarred and feathered. Even the adults had issues dealing with the kids at that time. I believe the issue was not so simple as kids being bad but the gang violence around had us crying out for help.

I really thank God for Nipsy Hussle as he aimed to change a lot of what was going on in south-central L.A. This is Just to give an example of the hardships we faced in south-central L.A at in early 2000. When I got into Crenshaw High School I had a tough time dealing with the curriculum as a lack of being educated in certain areas of my life really affected my ability to process information. I could barely write a paragraph, let alone an essay. I couldn’t understand advanced mathematical equations but I always knew, I could do music.

My 10th grade English teacher knew it too, she noticed I would do all the work but the essays. When It came to writing poetry, I would write mine longer than most in the class. So when it came down to the final assignment, which was a 5-page essay, she let me write a poem that would meet all the requirements of the essay. Her name was Ms. Reedy and she made the biggest in pact in my writing career of today.

Ms. Reedy really enjoyed my poetry, yet so did all my English teachers that came after her. One day on a class Field trip, I was surprised when she had me rap one of my poems on a beat in front of a crowd opening up for the rapper Common at a festival in USC. After the 10th grade, I spent years writing and perfecting my poetry, but a lot of my early works were very angry. I had so much pent up animosity towards family, certain classmates, and the neighborhood. Truthfully, writing poetry, playing the drums, and listening to music became my therapy.

Later in life, I attended the Los Angeles recording school where I studied sound engineering and released my second single “Omo Jaye” with my close friends Sage Classic, and NYCE OO from the “Fanatics” music group, known for their popular billboard song “Don’t drop that thun thun thun”. My family has always been very musically inclined. As the last of six children, I picked up the foundation of my musical abilities from watching my siblings. As a young drummer, I landed my first job at 13 at “Mountain of Fire and Miracles Ministry.” I stayed with that church for ten years before relocating.

During that time he also worked many jobs related to music, including “Los Angeles best after school program” as a drum instructor and poetry coach. All of opportunities lead to B’kem’s introduction to Famos Fame, the man behind B’kem. All aligned through a connection with piano player Tumi, from B’kem’s childhood church (Mountain of fire and miracles). Tumi and B’kem collaborated on their first song called “AMOUR.” Tumi took B’kem to the studio to record alongside and featured female vocalist named Adugo from Their church Choir. Adugo was the older sister of Dancer “Nkgorgeous” and Famos Fame Was the Sound engineer for the session.

When I graduated from Los Angeles Recording school in 2016, as a newly certified sound engineer. In celebration, I ventured off to network, finding myself at Savoy nightclub in LA which led to my reconnection with Famous fame. Fame already a sound engineer saw the potential in me, who has been said to be greatly gifted as a rapper, drummer; and now fellow sound engineer. Through constant collaboration in the studio together, fame discovers my singing voice. Leading to the artist who has crossed waved creating an interesting fusion of Afrobeat, R&B to Hip-hop & more.

Today I’ve released a number of singles, performed in so many festivals, clubs, carnivals, bars from L.A to Toronto even in the UK. Even was the first black man to perform at the Colors of Love International with the Canadian dignitaries (Mayor, members of parliament, other government officials) now I’m resting for the holidays before I set out to make history again. Honestly, I’m just grateful for all the things I’ve been able to accomplish today because I understand more today than I did in the past, “Success isn’t cheap.” Currently, I’m preparing to release an album called “The Menu” with my team. It wouldn’t be possible if I had given up when I went through the things that wanted to break my mind. Now I just wanna show the world love in the ways I once sought. I know it can be challenging yet I always say we should meet the challenge, and step into greatness.

Great, so let’s dig a little deeper into the story – has it been an easy path overall and if not, what were the challenges you’ve had to overcome?
It hasn’t been a smooth road. Some of the most challenging things in the past was;

1. Finances. Money, in the beginning, was always an issue.

2. Finding the right crowd. I understand even one has an audience but going through the different types of people is one thing I had to go through as I believe every artist does.

3. Self Doubt from the pass. Having to remind oneself the past is the past, and it has nothing to do with today.

4. The Doubters, Some people don’t want to see you succeed, but we have to overcome that through faith in ourselves. A wise man once told me, “No one will believe in you until you believe in yourself.” But believe in God took that to a whole another level for me.

5. Balance. Balancing like family, friends, romantic relationships and one’s passion, dream, purpose can be a difficult. among other things.

There is so much that can create Obstacle and Challenges yet perseverance becomes easier when you’re doing something that brings you to life.

Can you give our readers some background on your music?
I’m an Artist who also prizes himself in being an engineer. My team and I facilitate creating records for other artists as well. From making instrumental to recording them, mixing and mastering songs. When contracted for performances, I’m required to bring the best sounding and visual spectacle I’m allowed to present. My business is about, making music people can feel and performing in an engaging way that helps people forget about their problems or keeping an amazing day going. To sum it all up to entertain people.

My goal was to help people through music, the way I was helped through it. To answer the Questions, What I do is I entertain through music. I specialize in singing, rapping, dancing, drumming, performing, Producing, engineering, modeling.

I’m known for being the first black man to performing for the colors of love platform for the Canadian dignitaries. Being one of L.A’s top afrobeat Artists. I’m most proud of the music we create. Above all else, we set out to create music that will pass the test of time. The fact that we have our songs playing in multiple radio stations in multiple cities outside of the U.S and Canada. Thousand of streams online on multiple platforms. songs played in different clubs. So much to be thankful for…

Is there a characteristic or quality that you feel is essential to success?
The most important to my success first is my gratitude to God. Second is perseverance through the hardship. Third showing love, kindness, unity, Fun, encouragement, leadership, motivation. 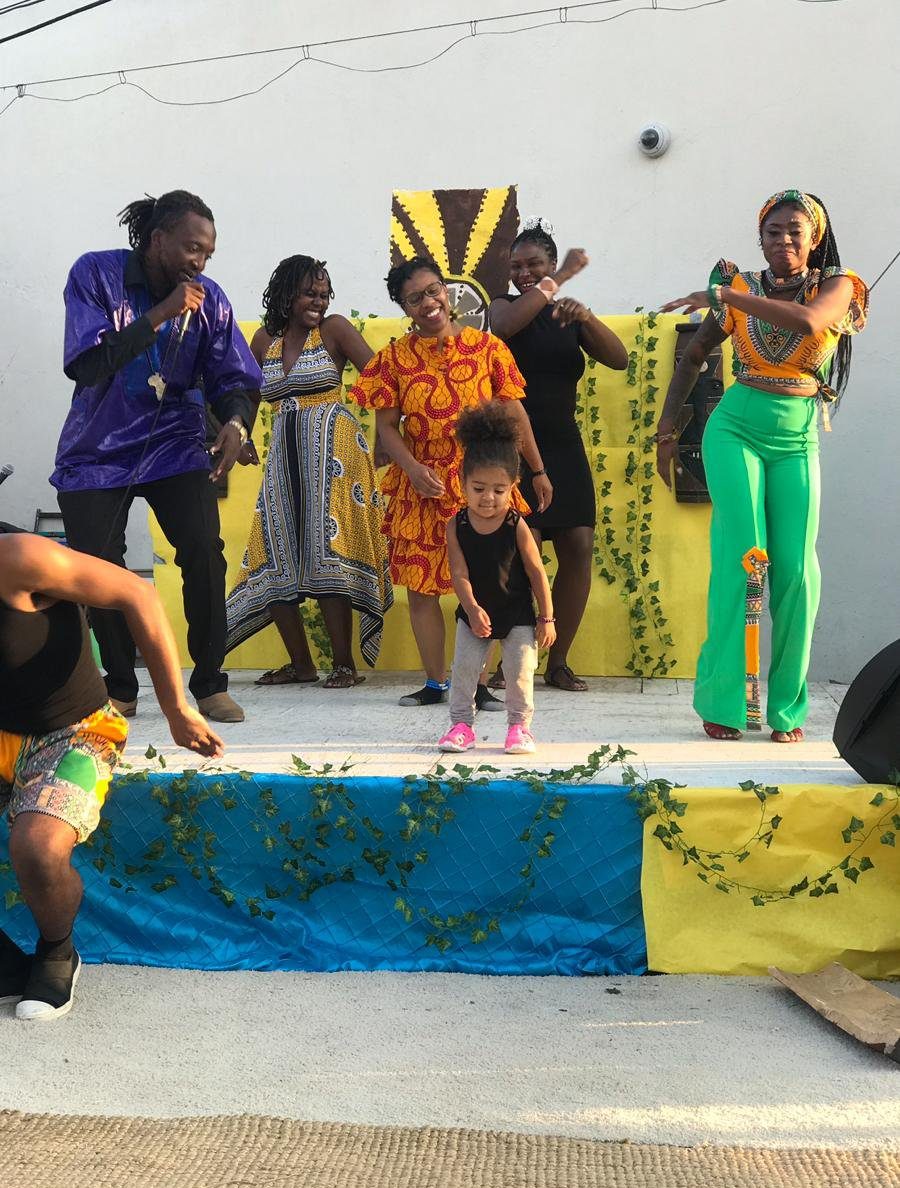 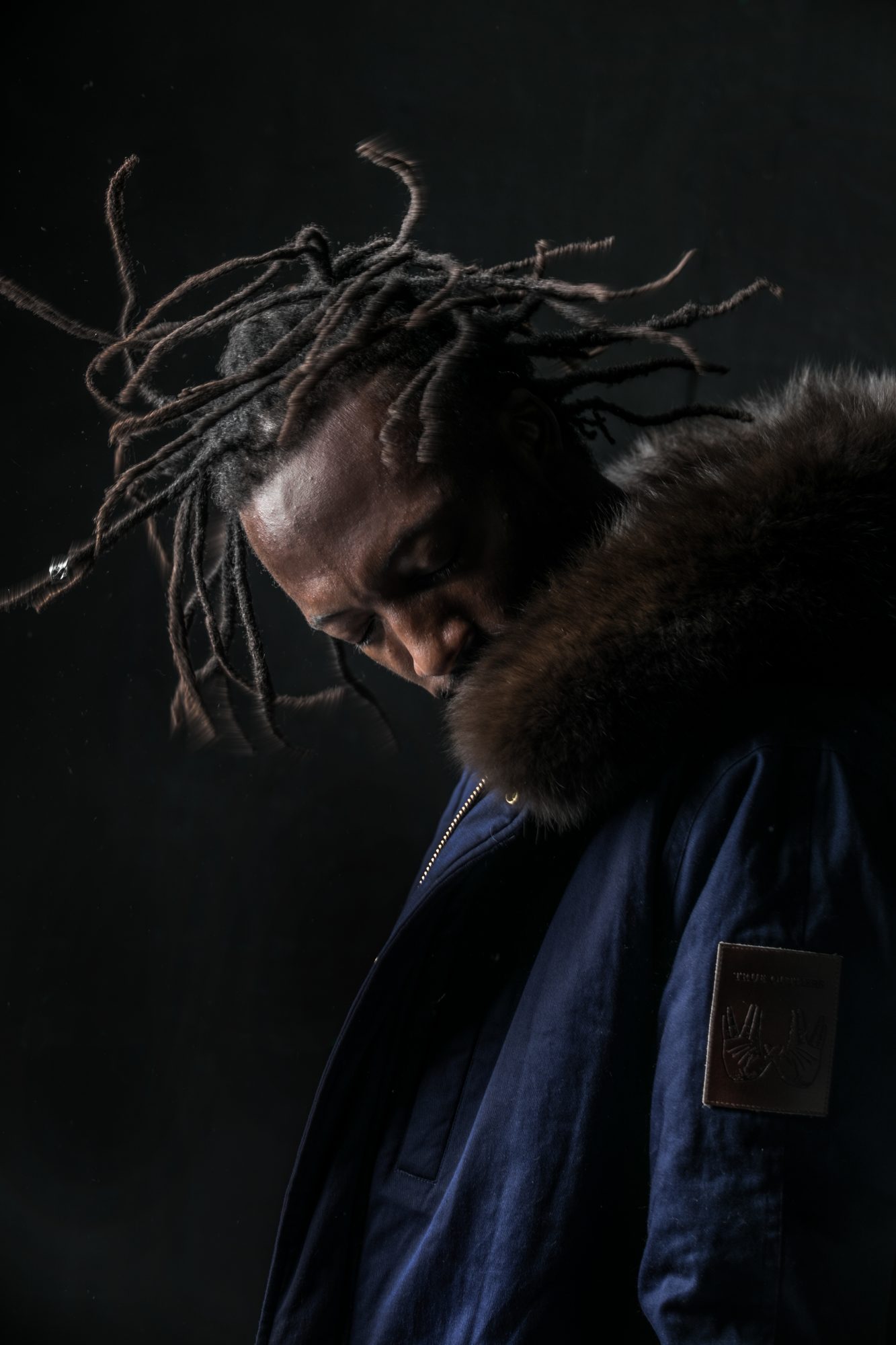 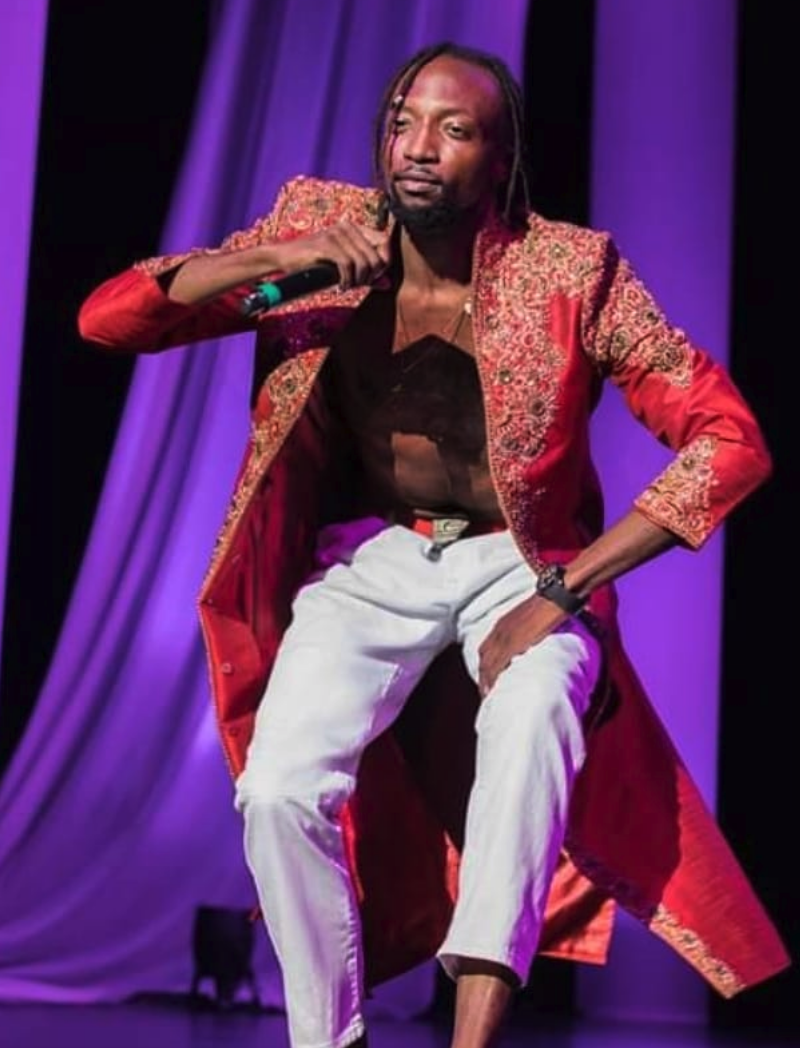 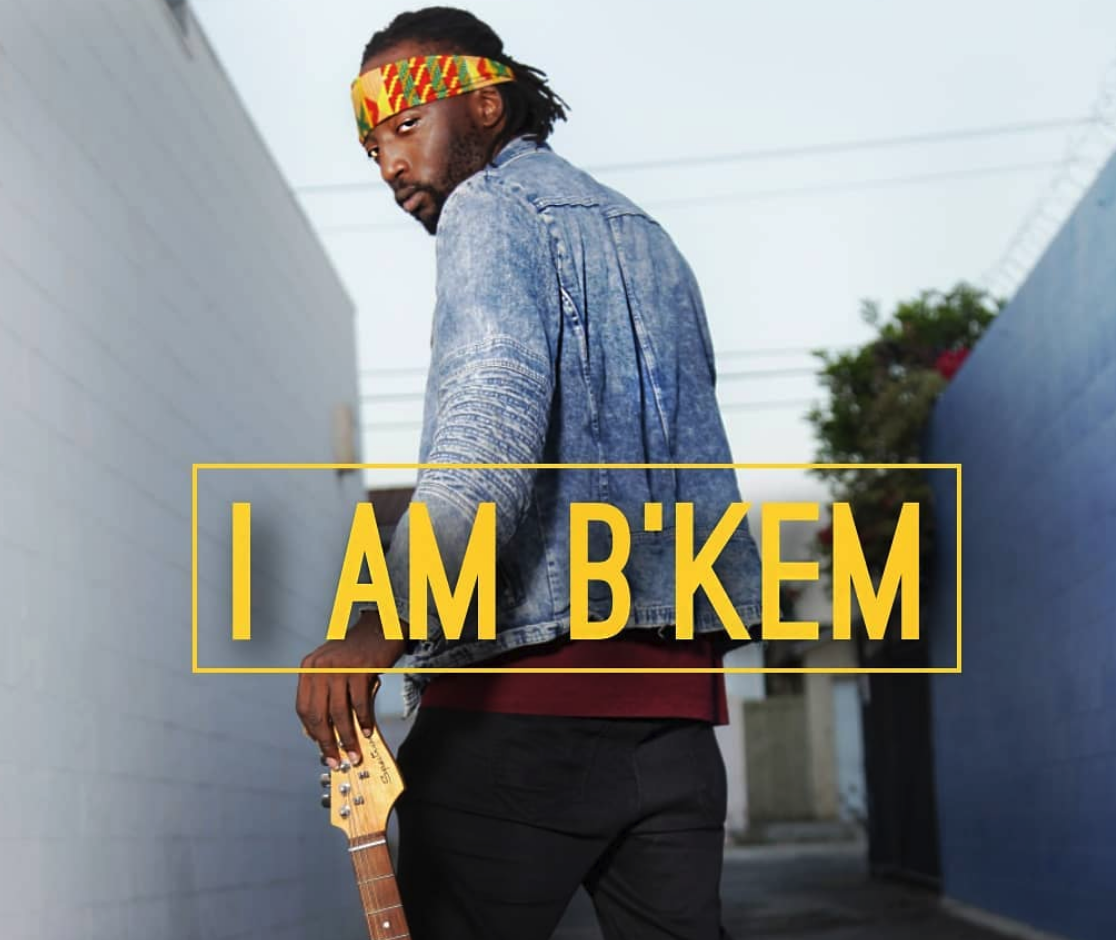 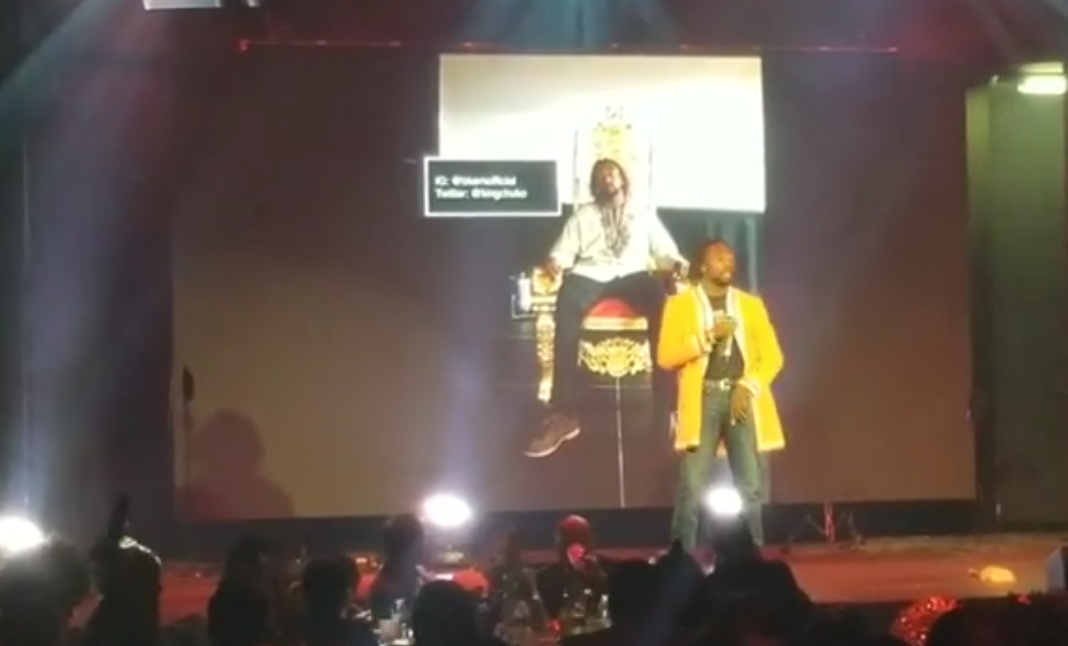 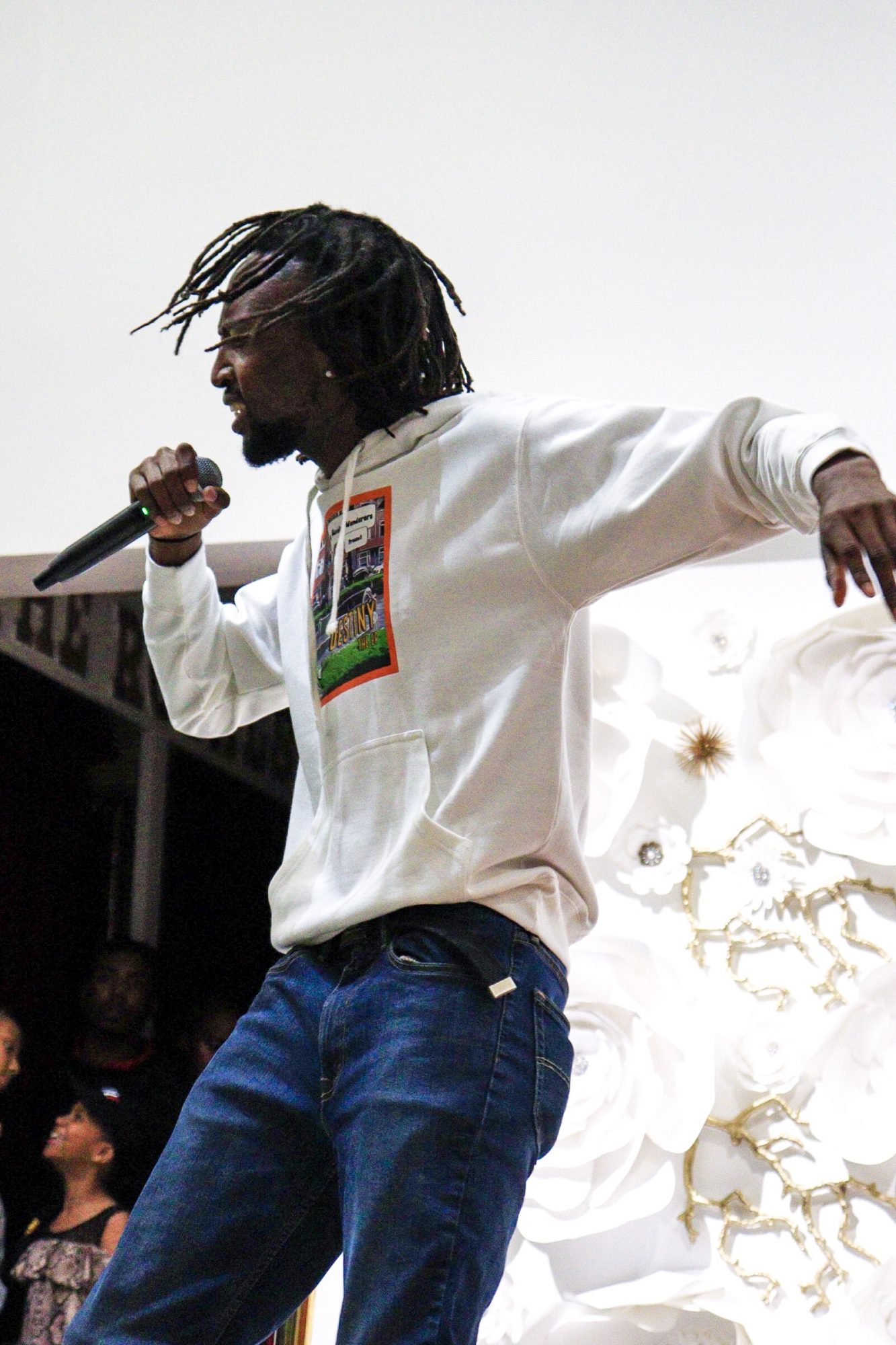 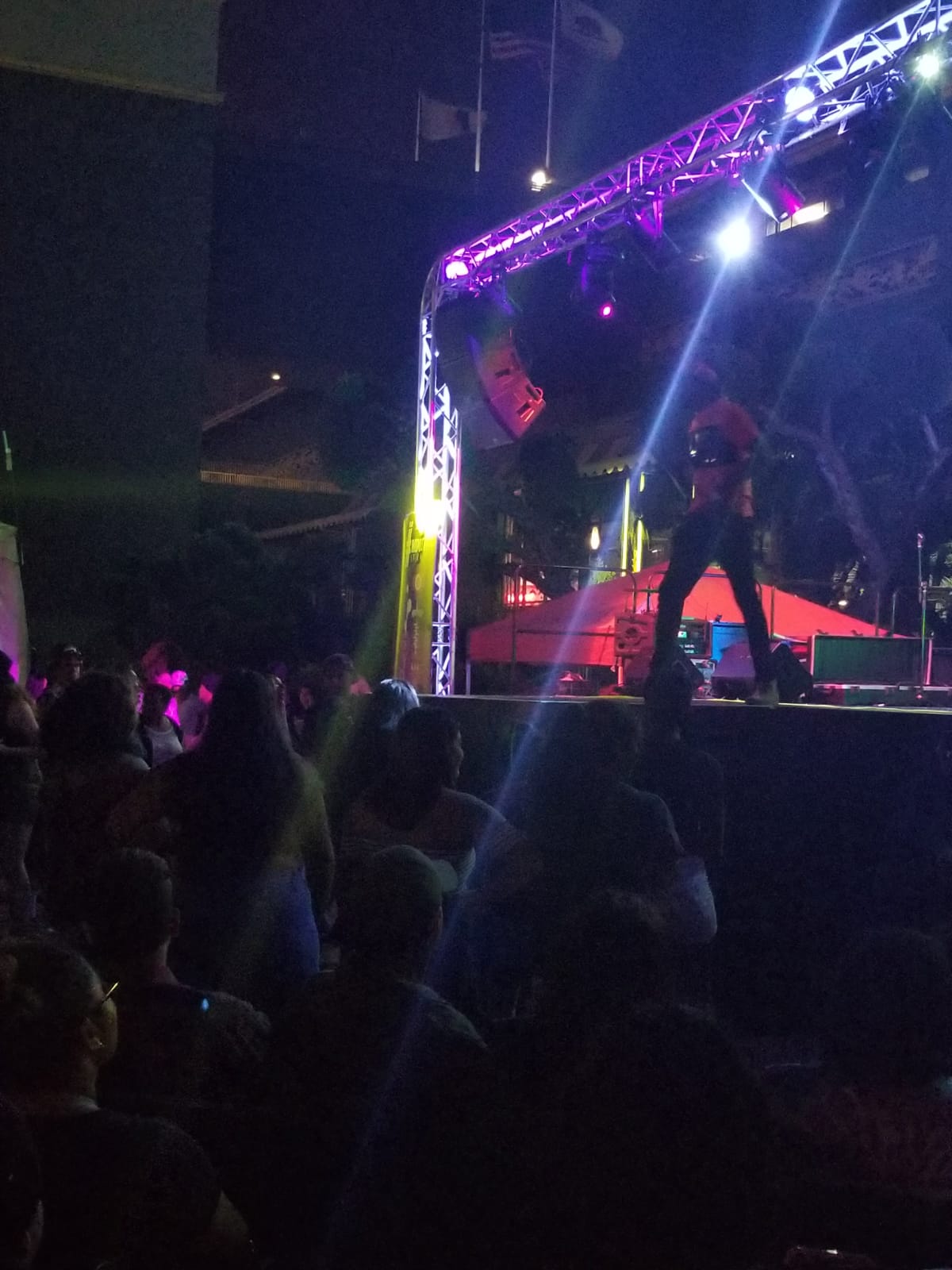 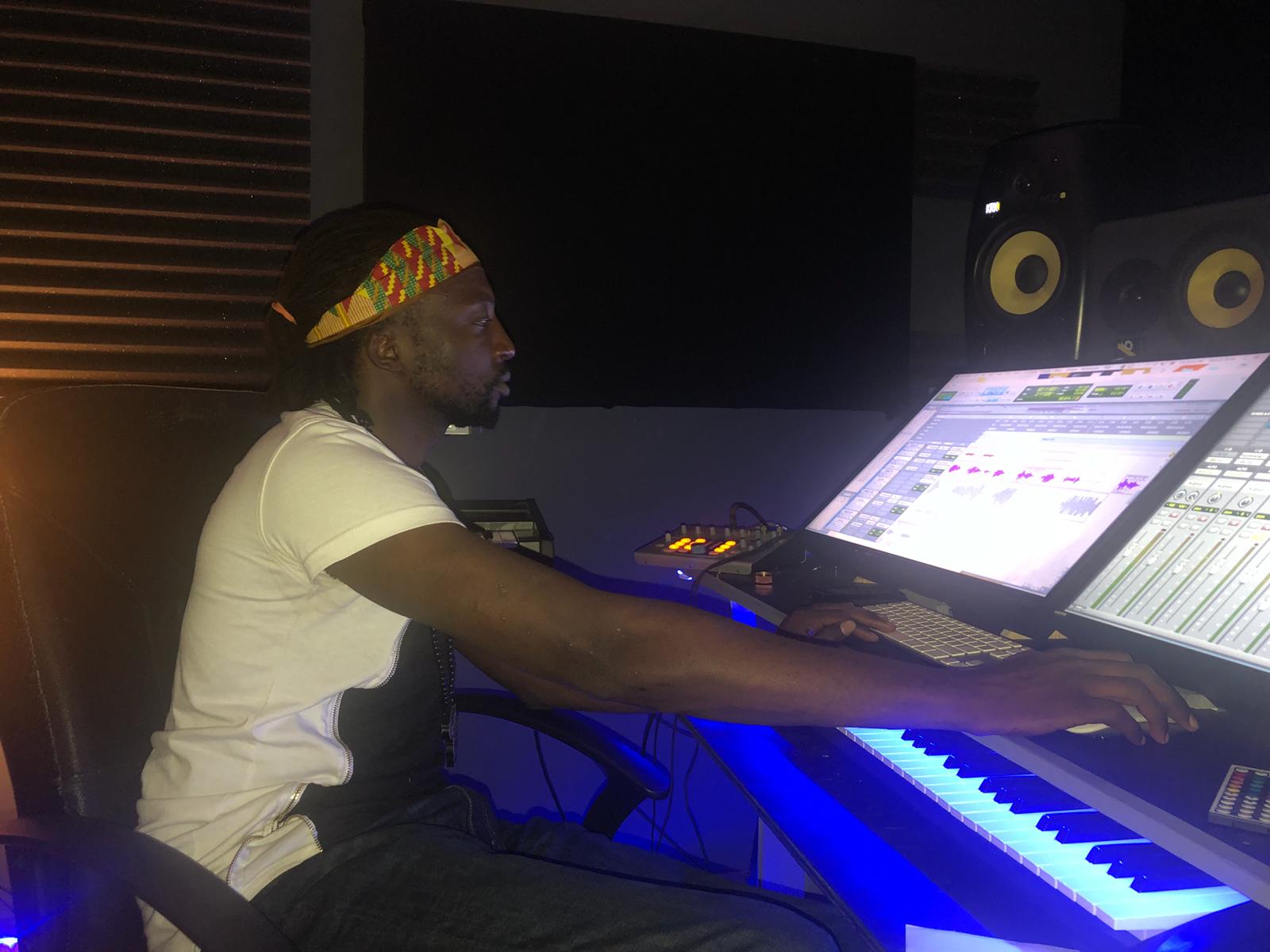