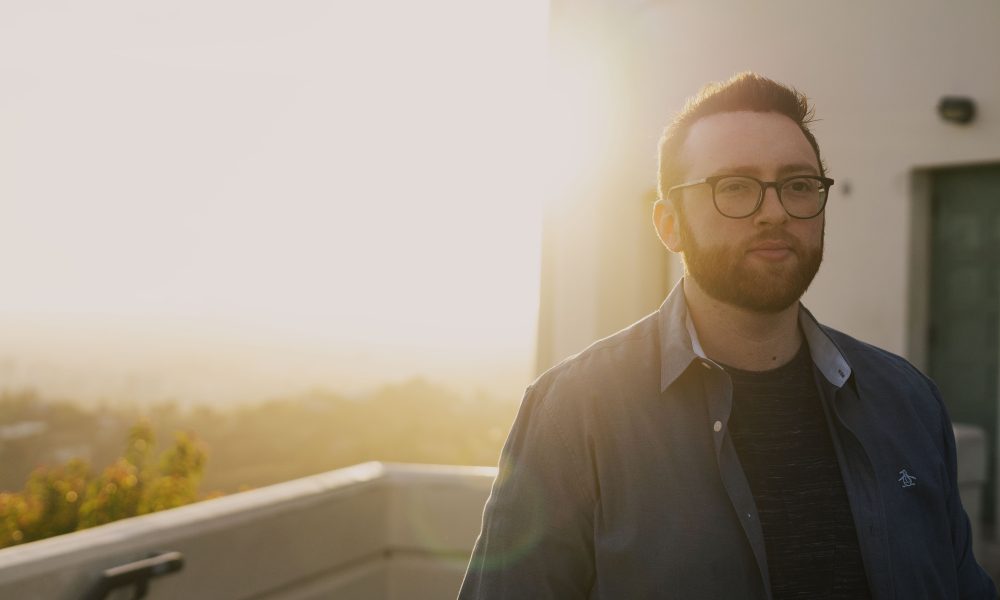 Today we’d like to introduce you to Josh Goldberg.

Josh, please share your story with us. How did you get to where you are today?
I grew up in Dallas, TX in a very musical family. My dad was proudly a long time member of a barbershop quartet, and my mom was a former jingle-singer for radio commercials. I grew up doing musical theatre, playing piano from a young age, and eventually learned guitar. Learning guitar opened up a whole new world for me because I realized I didn’t just have to play what was on the page, but I could learn songs by ear from listening to CD’s, and quickly started writing my own songs. I ended up going to an Arts Magnet High school (home to Norah Jones, Eryka Badu, and Edie Brickell), where I got to do music and theatre every day. I studied with Norah Jones’ piano player for years. And when I graduated, I packed up and moved across the country to Los Angeles to attend the University of Southern California’s famed Popular Music Program.

This program was brand new at the time and gave students the rare opportunity to study contemporary music in an academic setting (this is starting to get more common now, but ten years ago, most schools only offered majors in jazz or classical music.). I got to study songwriting, the art of stage performance, music production, music theory, and music history with legendary, Grammy-winning musicians (Patrice Rushen, Lamont Dozier, Melissa Manchester, Peter Erskine, Sara Gazarek, and many more). And my “final exam” senior year was playing in a rock concert at the Troubadour. It was a blast, to say the least. I got to play shows, write a musical, compose and conduct film scores, and produce recordings. Everyone in the program was THE star of their hometown, so it was very inspiring, but also could be intimidating.

But after college, I found myself in sort of an existential crisis. I suddenly started doubting everything I ever learned and didn’t know if I could make it in the big, bad, secular music industry. After about a year of soul searching, I emerged with renewed self-confidence and a notebook full of songs. Only, they weren’t the same kind of pop songs I had been writing in high school and college. They were (mostly) songs inspired by Judaism and Jewish liturgical texts. These texts brought me comfort and strength during my time of turmoil, and suddenly that was all I wanted to write. I did a crowd-funder to raise $10,000 and put out an album called ONE, featuring 12 songs of Jewish music. The album was well-received in the Jewish community, and pretty soon after releasing it, some other Jewish songwriter friends came to me to ask for help with their own recordings. Before I knew it, within a year I had produced about eight records for Jewish singer-songwriters from around the country, some of them flying out to LA to record with me. I called my production company/record label, Kosher Style Records, which is sort of an inside joke to reform Jews (the main Jewish denomination to which I ascribe) who know what it means to eat “Kosher-style,” but also indicative of a certain “style” or je ne sais quoi which I hope all my records have.

Has it been a smooth road?
I think the biggest struggle (which I am still in the midst of) is figuring out how to go from the mindset of being an independent contractor to being an entrepreneur/running a small business. I’m still figuring that one out. But luckily, I have some amazing folks who have joined my team who are helping me so much. It’s so important to have a good team when you want to build something.

Can you give our readers some background on your music?
Kosher Style Records is an independent music production company and record label. Our mission is to develop the next generation of contemporary Jewish music. Since its founding in 2016, Kosher Style has launched into the spotlight in the world of Jewish music. Our catalog includes over 20 artists, including touring singer/songwriters, cantors, rabbis and songleaders.

Artists who record with Kosher Style Records have gone on to receive acclaim and recognition from the wider Jewish community including internet radio play, placing in international music competitions, being published by the biggest Jewish music publications, and performing at major Jewish networking conferences around the world.

My background in performance and songwriting has put me in a good position to help songwriters develop and refine their songs, and my background in Judaism (I am now a fourth year student at the Academy for Jewish Religion’s Cantorial Program) allows me to help artists with the liturgical side of the music, including crafting the right intentions for liturgy and correctly pronouncing the Hebrew words.

While working directly with artists in the studio is my passion, during Covid, we have transitioned to doing a lot of remote and socially distant recordings for major synagogues across the country. For example, during the High Holy Days, I produced a “virtual choir” with fifty singers from San Francisco, who all sent in their recordings filmed on an iPhone. Not exactly something I learned how to do in school.

Is our city a good place to do what you do?
Los Angeles is an amazing place to be a creative professional. I feel that the city is just brimming with creative energy. Whether you’re a songwriter, musician, filmmaker, dancer, visual artist or any kind of creative entrepreneur, there are so many wells to tap into. 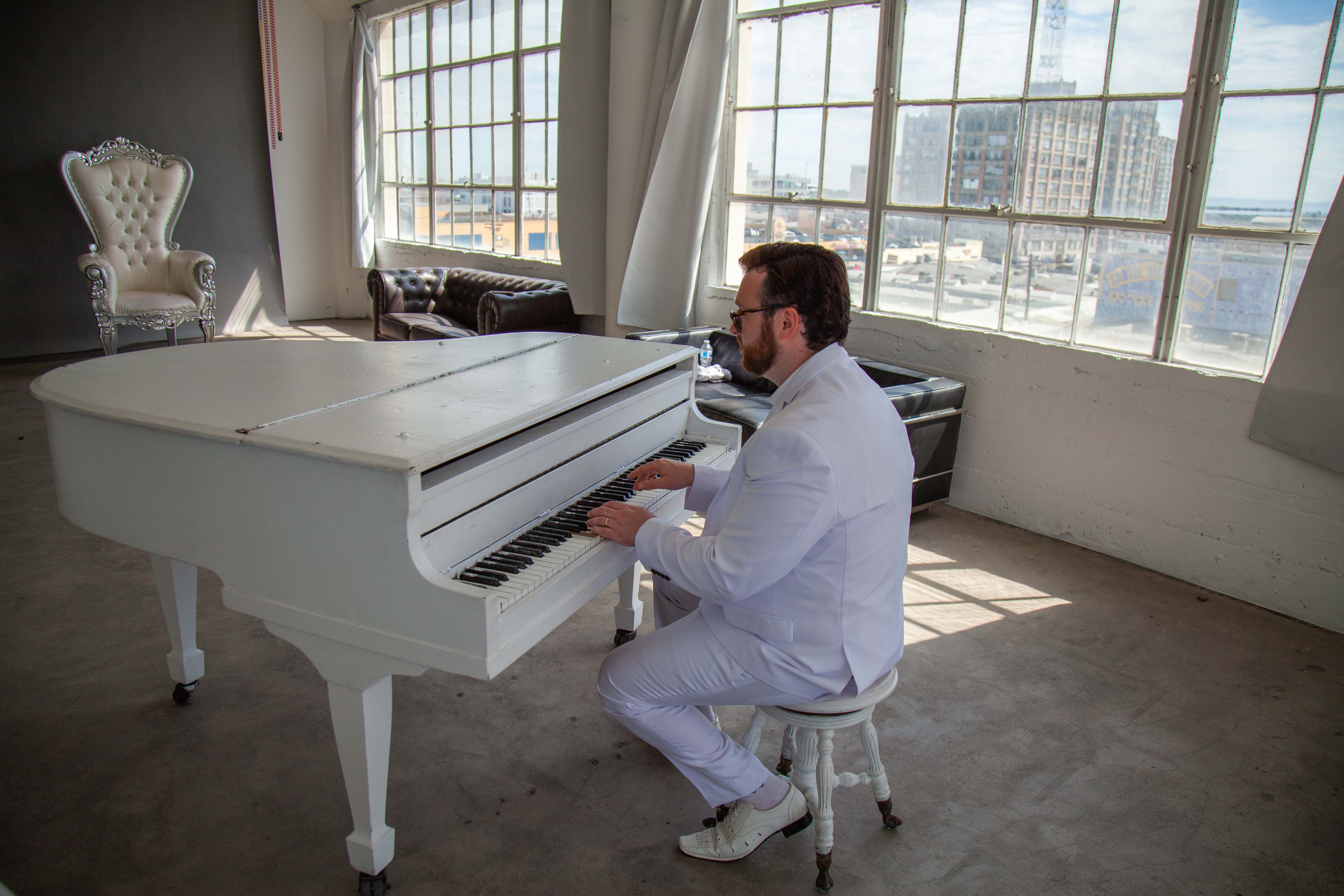 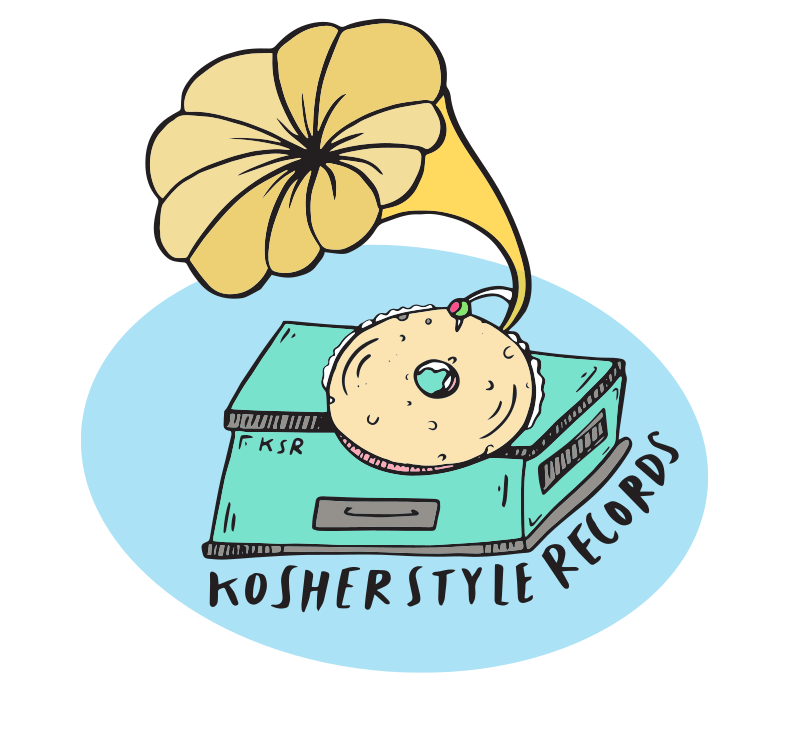 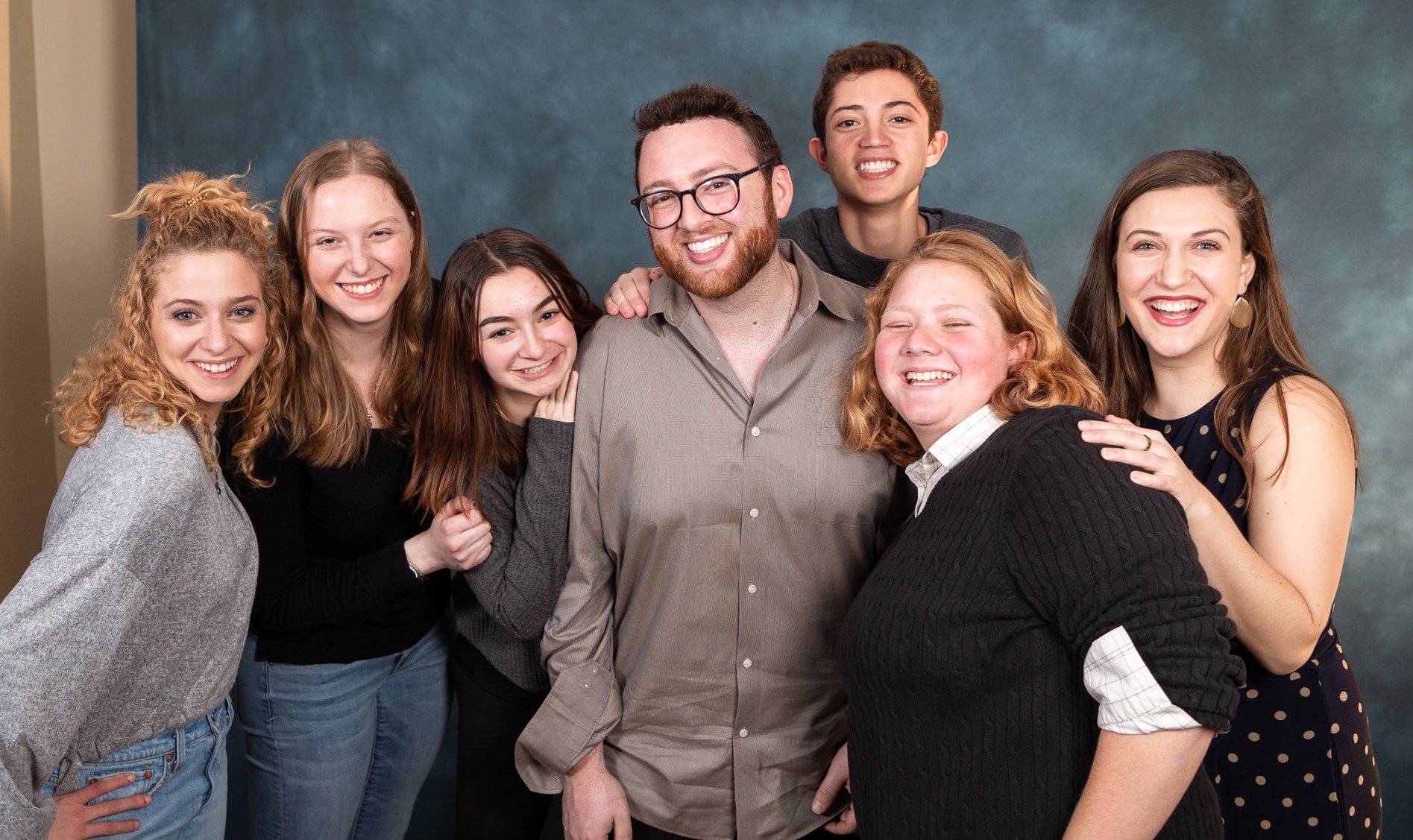 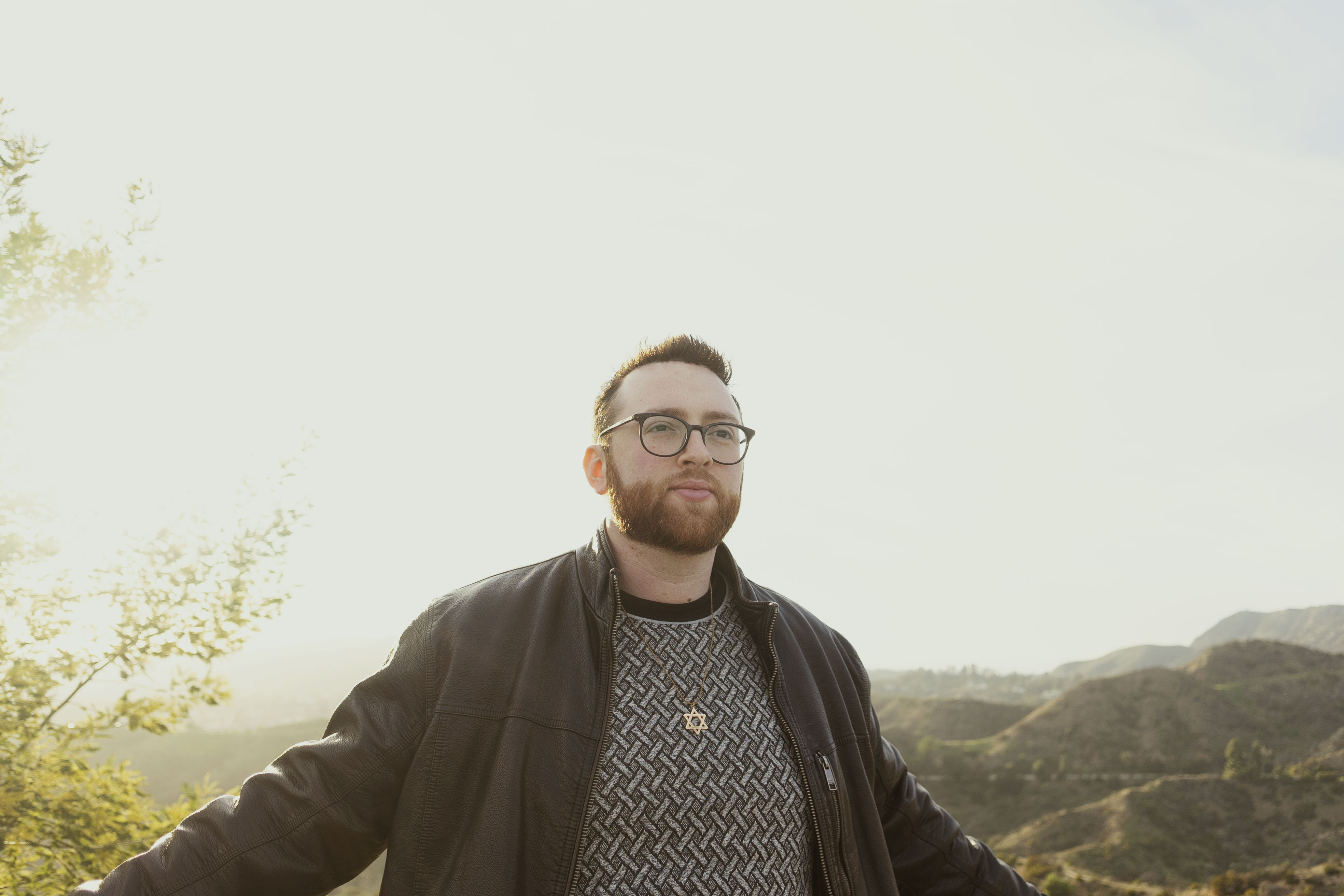 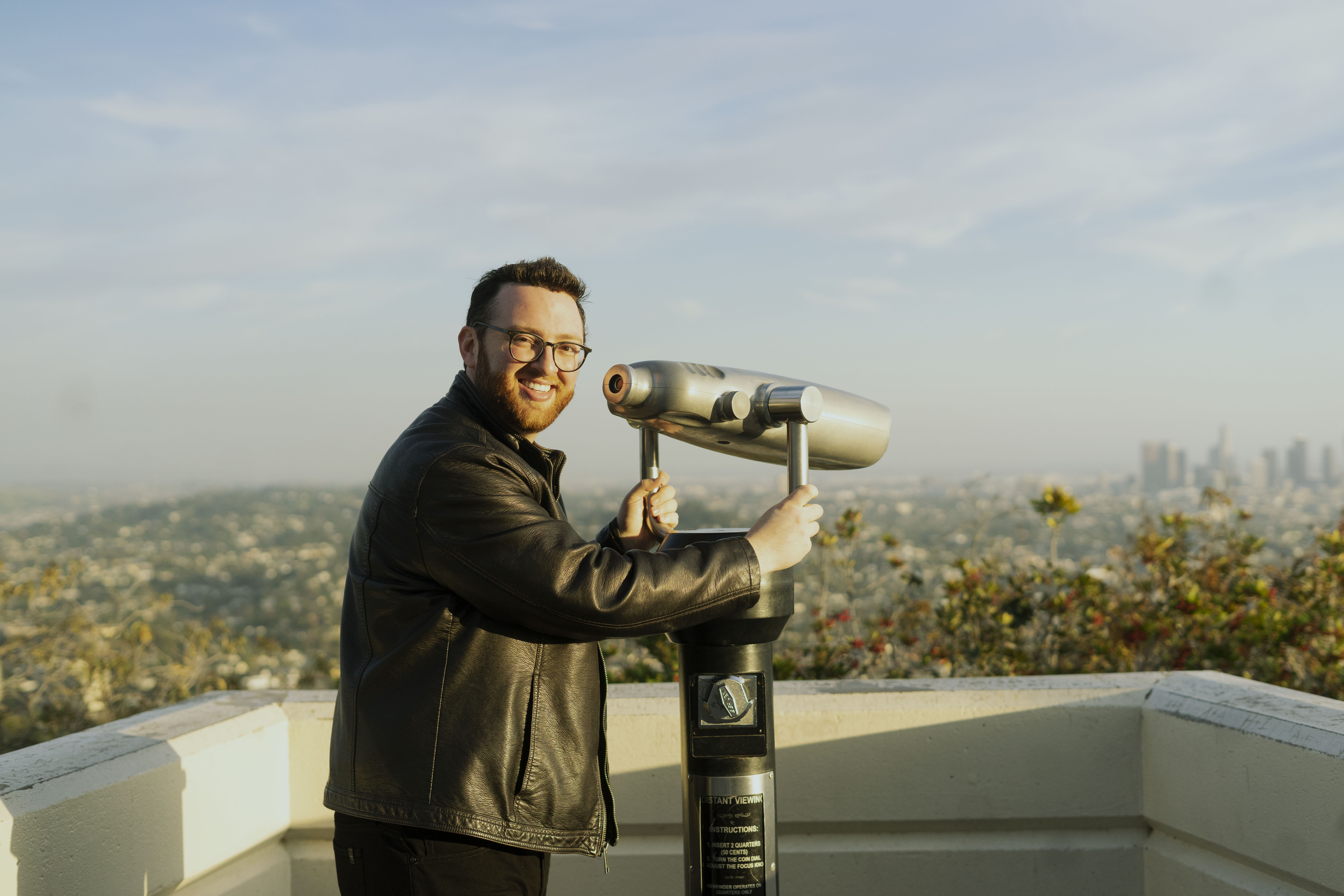 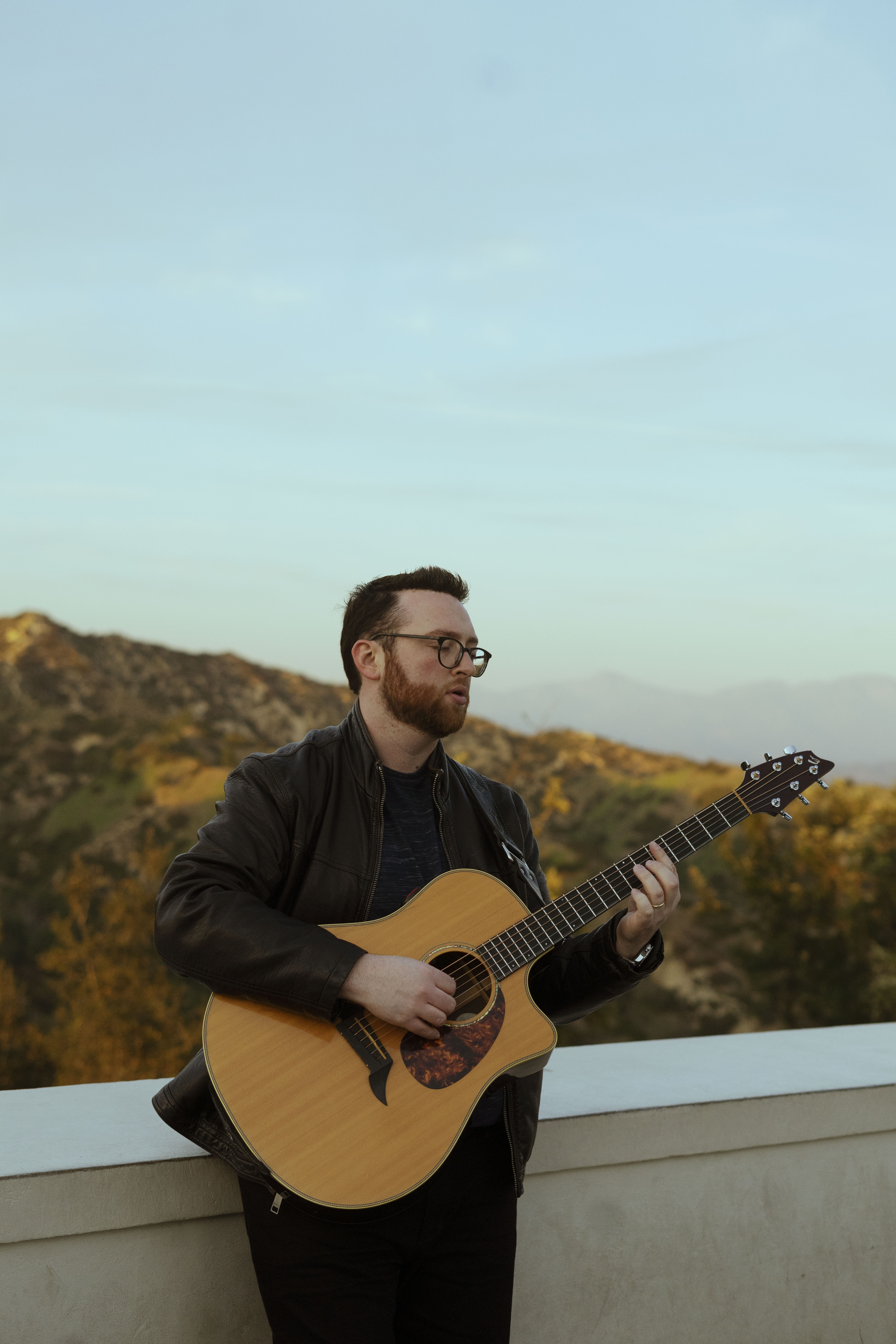