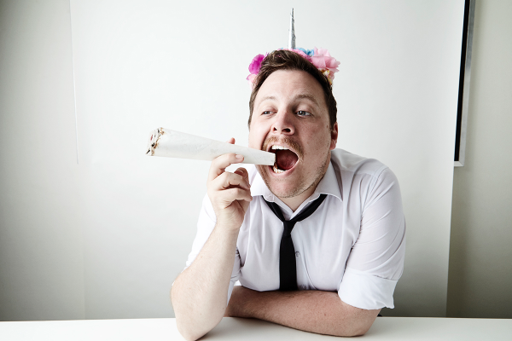 Today we’d like to introduce you to Joseph Schles.

Thanks for sharing your story with us Joseph. So, let’s start at the beginning and we can move on from there.
Well, I grew up in the Inland Empire of Southern California and then, like any self-respecting gay boy with musical theater dreams, I moved to New York City in hopes of getting on Broadway. I wasn’t much of a singer so in school, even though I fancied myself a leading man type (I was young and delusional), I ended up getting a lot of comical songs and realized I was better at making people laugh than I thought. Once I was released into the real world, I quickly realized that pursuing musical theater wasn’t really for me and I ended up dancing for this New York based cabaret/ burlesque dance troupe called The Love Show and they kind of became my main creative outlet and my New York family. I quickly found my spot in the company as ‘the funny man’ and really loved my time with them (if you’re in New York, you should catch one of their shows!), but ultimately I wanted to make a name for myself outside of the company, so I made my way out to LA and started taking classes at The Groundlings.

One of my classmates was doing standup and I went to go watch him. After the show he casually introduced me to the booker and said I was funny, the booker asked me if I wanted to do a show there in a couple of weeks and all of my organs dropped to my feet. I’d been wanting to do standup for years but was way too much of a nervous nelly to actually try, plus I didn’t even know where to begin to get into it, and then there was this opportunity right in front of me so even though I immediately broke into a cold sweat, I said yes. Spent two weeks combing through all the joke ideas I’d been jotting down for years and came up with a set. At my very first show Julia Louis Dreyfus was in the audience (I didn’t meet her and it’s not really important to the story, but it was pretty cool and also terrifying). My set killed (my friends said Julia was cracking up, so that was awesome) and I booked my second show through another comic that night and I’ve just been trying to keep that momentum snowballing ever since. Last year I won 1st place at the Comic Cure Pride Comedy Festival which was pretty rad and now I’m just continuing to try to hustle and get up on as many shows as possible around LA and New York trying to spread my message about being slutty and chubby and gay.

We’re always bombarded by how great it is to pursue your passion, etc – but we’ve spoken with enough people to know that it’s not always easy. Overall, would you say things have been easy for you?
I want to meet the person who answers this question “Yeah, it’s been mostly smooth and painless.” and then punch them in the face. I certainly wouldn’t describe the road as smooth, but it’s been interesting for sure. There’s definitely some weirdness that comes along with being a gay comedian. Even though I’m LA-based and it’s extremely diversity friendly out here, the comedy scene is still overwhelmingly a straight boys game. The bright side is that there are more opportunities for diverse comedians now, probably than ever before, but I still do see a lot of mediocre bro comics booking more and cooler shows than some hilarious women and gays I’ve encountered around town.

Another big speed bump I run into is that most shows don’t pay, but this boy’s got bills to pay, so I gotta make that money waiting tables, which gives me less time to get up on shows, which makes it harder to keep things moving forward and it can feel a little like riding a stationary bike, peddling really hard but not really getting anywhere. I don’t mean to sound all ‘woe is me’ but it’s just the way it is. I do feel fortunate to be able to do as many shows as I do, but I’m looking forward to a time when I can be getting laughs full time and also pay my internet bill without overdrawing my account.

We’d love to hear more about your work and what you are currently focused on. What else should we know?
I’m a comedian/actor who does standup all around LA and occasionally in NYC. My material is pretty gay heavy, but it’s still relatable for all crowds. I think it’s important to shed light on some hard to talk about issues like racism, politics, feminism, and gay issues through the prism of humor. I believe if you can make people laugh about some of these serious issues, it helps prove we have more in common than it may appear. This sounds a little lofty considering most of my material is dick jokes, but I try to sneak in some political statements where I can.

What were you like growing up?
I was a really chatty kid. My dad would sometimes bribe me with a dollar if I could be quiet for 5 minutes and I would stare at the clock for 5 minutes, get my dollar, and dive right back into whatever topic was on my mind. Also, I didn’t know it at the time, but I was a really gay kid, so by the time I came out when I was 16, no one was surprised. I didn’t realize singing ‘Colors of the Wind’ from Pocahontas full voice on repeat would be such a dead give away, not to mention my insistence on always playing Chun Li in Street Fighter and my obsession with Storm from X-Men, I’ve always been drawn to strong women I guess.

I was good in school, but if I ever found an opportunity to make my friends laugh I’d jump on it, which often got me into a little trouble, but besides being a social butterfly thirsty for a laugh, I was a pretty good kid and wanted everyone to like me and to stay out of trouble, which didn’t always work out. In high school, I got involved in dance because it counted as a P.E. credit and I was terrified of having to be in a locker room with high school boys because my only friends were girls and, as you may have guessed, the boys in my neighborhood weren’t super kind about my swishy tendencies. I ended up loving dance and through that got involved in theater and found my people. I feel very lucky to have had access to the arts when I was young. 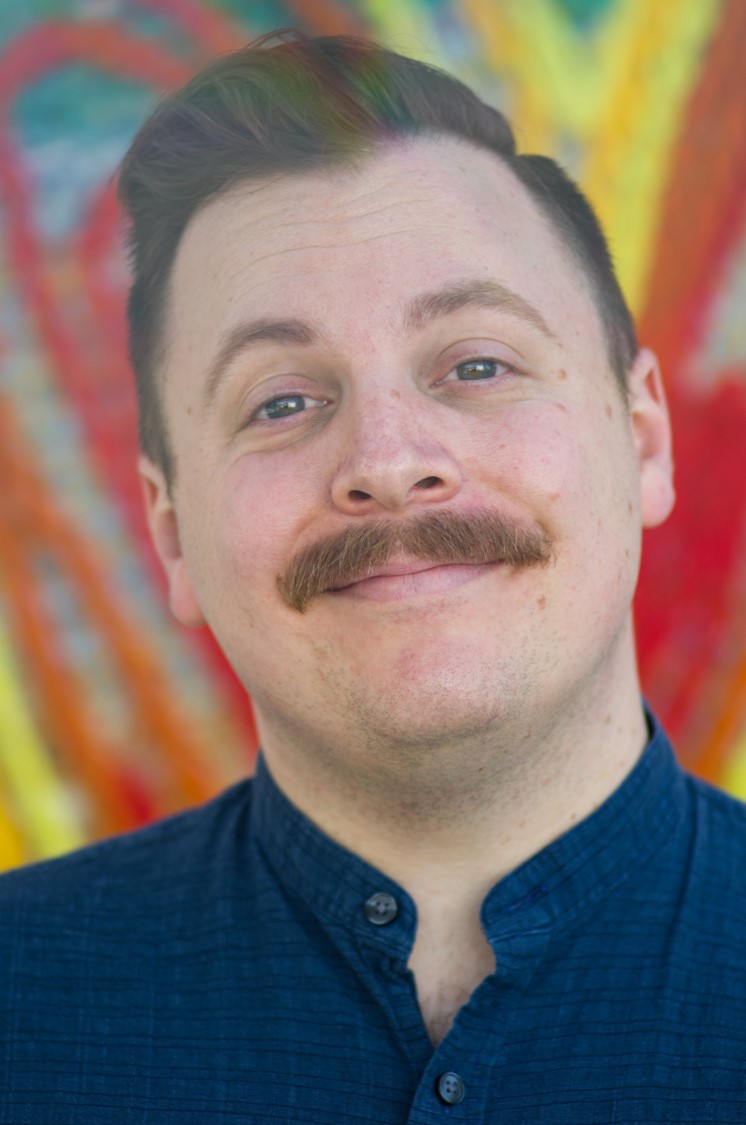 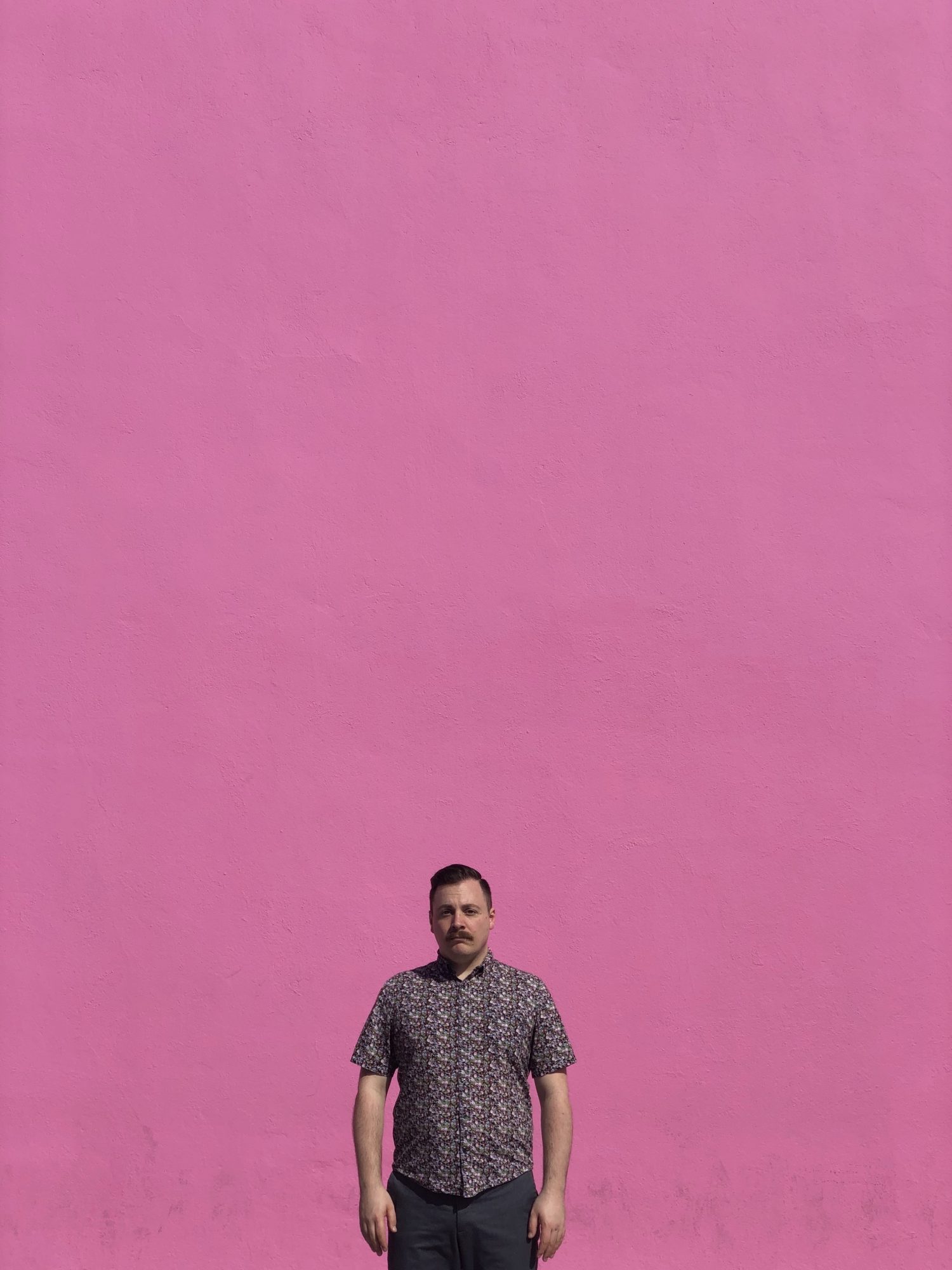 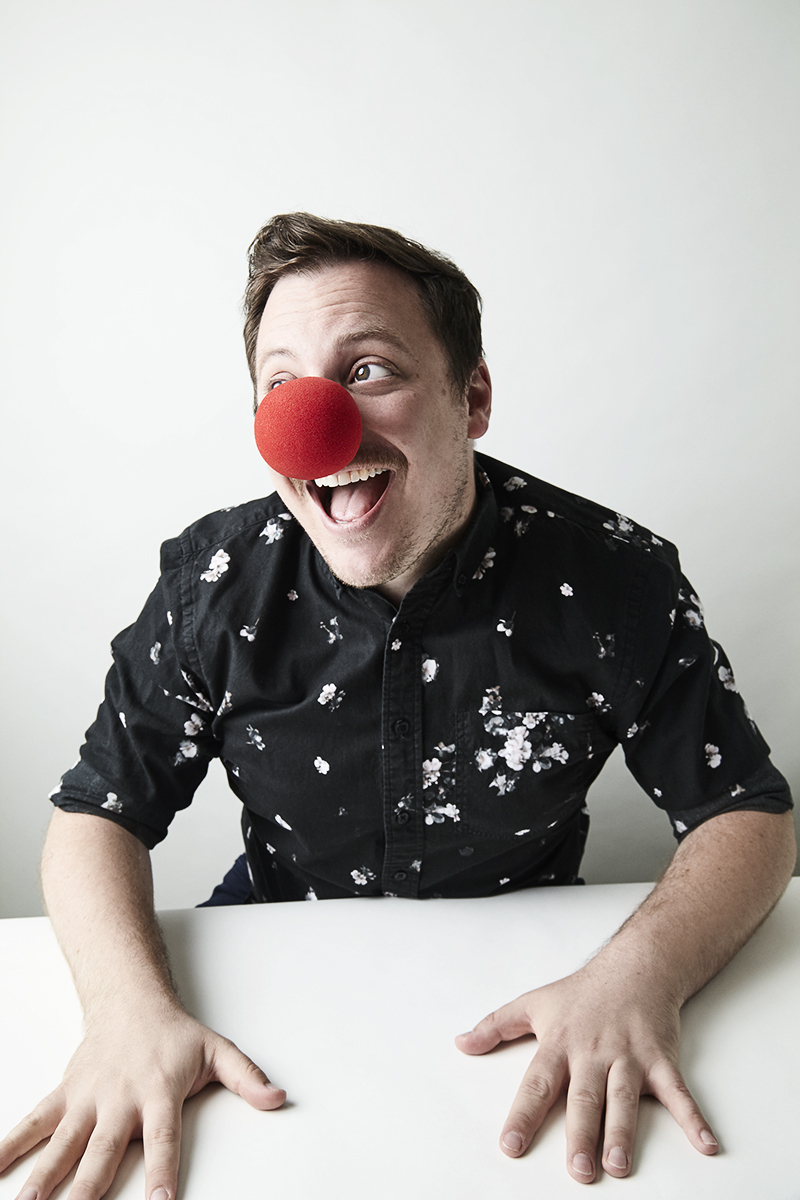 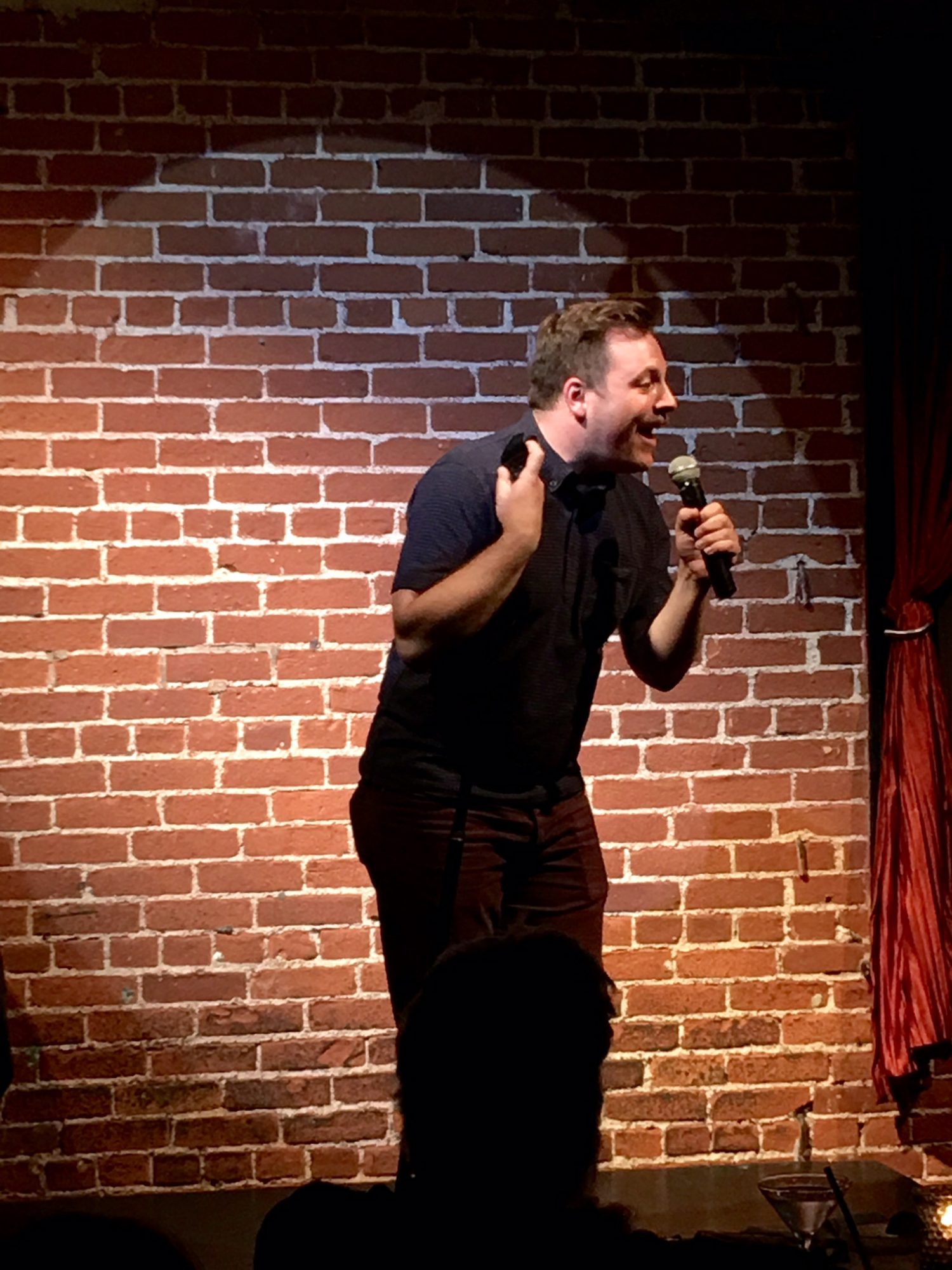 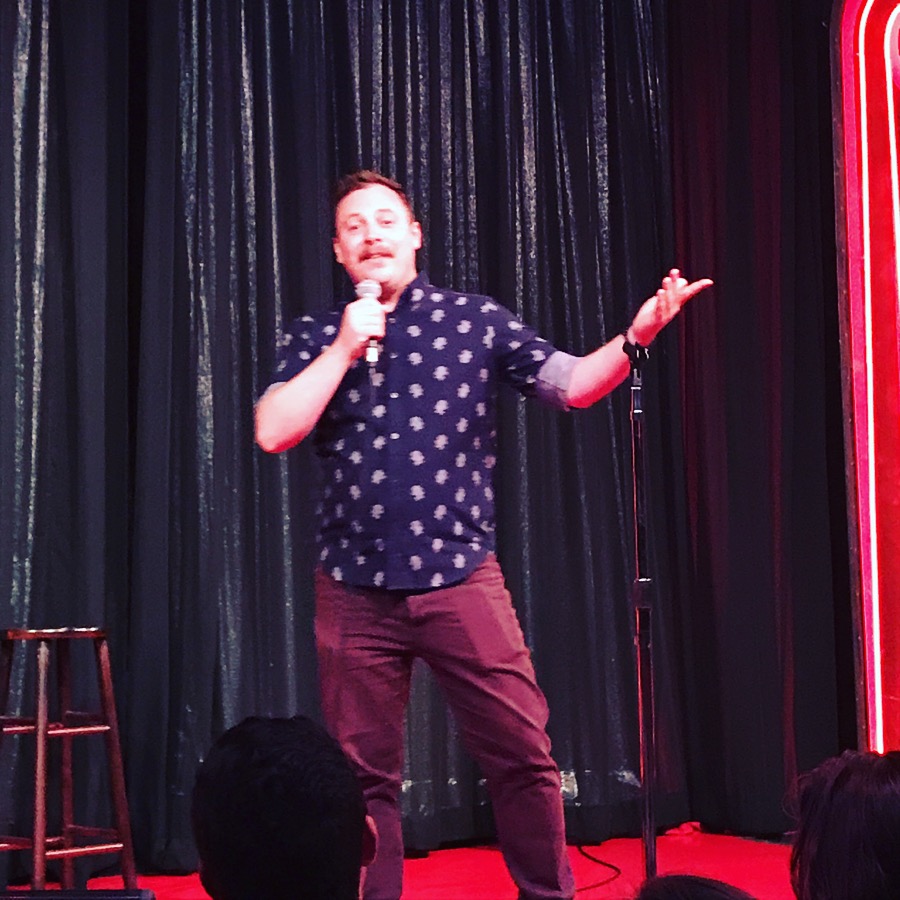