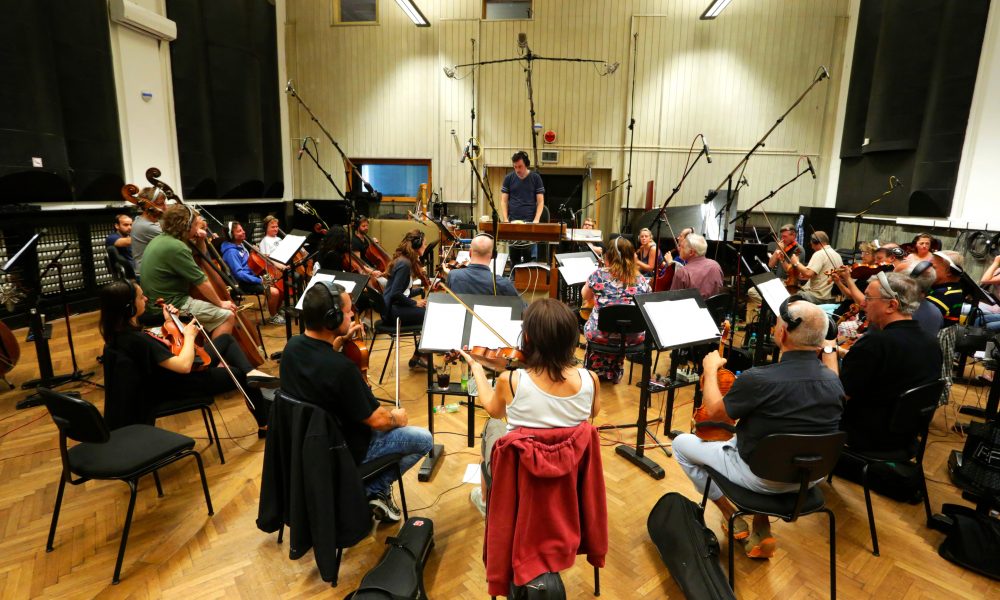 Today we’d like to introduce you to Joseph Metcalfe.

Hi Joseph, so excited to have you on the platform. So before we get into questions about your work-life, maybe you can bring our readers up to speed on your story and how you got to where you are today?
Music has a funny way of finding us. It found me as a three years old, desperately wanting to learn the piano from my older brother, who told me that if I played the piano before I was eight, except for E & F above middle C, then a dragon would come out of the top of the piano and eat me. Naturally, I believed him. Who wouldn’t? One day when my siblings were in school and I was bored at home, I decided I wanted to see a dragon. I sat on the edge of my piano stool and hit a random note and ran out of the room fully expecting to see a dragon behind me. Three attempts later, I found myself standing on the piano bench, lifting the lid and peering into the piano only to find that the dragon was a fabrication of my brother’s imagination. I was saddened to find no dragon but relieved to find 86 more keys suddenly become available to me. A few months later, as a four years old, I surprised my family by performing on stage in front of an audience when nobody knew that I had somehow worked out how to play an actual piece of music, both hands, note perfect.

Fast forward some 20ish years later, having composed and produced a full length musical at the age of 16 recorded my first TV theme tune at Abbey Road in London a year later, and many other notable music accomplishments, I now found myself sitting in front of Buddy Baker (29 years musical director at Disney) with him graciously reading one of my scores and accepting me into the film scoring program at USC. It wasn’t the academic experience I was seeking at the time. It was the mentorship from composers who were actually working in Hollywood… and that put me in with the likes of Jerry Goldsmith, Elmer Bernstein, Chris Young, Ron Jones and many others. That experience was incredible but when I ended up moving back to Europe when my student visa expired, I found myself working in Budapest on a children’s TV show… and accidentally ended up founding the orchestra that is now known as the Budapest Scoring Orchestra.

I moved back to LA with my family in 2012 and have done work for shows on Netflix, Amazon, several TV channels as well as Disney, EPCOT/WDI. Among many other ventures and projects, while still composing music, I now run a composer collaborative with over two dozen composers, called Sum Of All Music which was formed during the pandemic. In the last year, we’ve started building a music library, scored a couple of international projects together and released five music albums. (Phew… that wasn’t exactly brief!)

Can you talk to us a bit about the challenges and lessons you’ve learned along the way. Looking back would you say it’s been easy or smooth in retrospect?
Has my journey been a smooth one? Yep. It was smooth. No problems. No obstacles… except for the ones that still go on every day. This kind of journey isn’t for the faint of heart. Musicians are a lot tougher than they are given credit for. Musicians have to learn to take risks, balance finances, build businesses, cold call, make friends, keep friends, be burnt a few times, feed yourself, learn on the job, overcome weakness in self-confidence, become a graphic designer, web designer, become a sales agent, work in marketing, overcome indiscipline, stop being too rigid in discipline, dare to be brave enough to actually learn from your mistakes and not pretend they didn’t happen or exist or that everyone else was wrong all while keeping your talent polished, relevant and fine-tuned. But as humans, we are constantly learning and as long we are then we’re overcoming obstacles and, if we’re doing it well, then the roads we’re paving will hopefully make the journey smoother for the people we bring along the way with us.

I think the most common struggle I’ve seen along the road of the artist is the one of indecision. Indecision thwarts progress and slows down the learning process. It’s indecision that creates overthinking, writer’s block, that imaginary belief that someone will one day analyze every note, every chord… when reality is that you’re just grateful if someone even stops their busy lives just to hear a few notes of your music. It doesn’t matter whether it’s a creative musical decision or a business decision your intuition will always guide you when you commit to the choices you make.

Appreciate you sharing that. What else should we know about what you do?
Although I’ve been writing all kinds of music from commercial jingles to tv shows, there are several genres that really grab me.

The first is when I stand in front of an orchestra to conduct them. I remember as a 27 years old taking the podium in front of my newly formed orchestra in Budapest, Hungary, barely able to speak more than a dozen words of Hungarian. I looked around at the 50 musicians and, by averaging their age, assessed that each member of the orchestra had likely been playing their instruments for around 30 years. Through my translator, I communicated with them how much respect I had for that moment, for I was standing in front of 1,500 years of musical experience. In January 2022, a movie that I scored, The King’s Daughter (Pierce Brosnan, William Hurt, Julie Andrews), will hit over 1,000 theaters across the US. We recorded that in Prague with a sizable orchestra and choir, and conducting then felt just as exciting as the first time I conducted a symphony orchestra as a young student. It never gets old.

Another passion of mine is to create opportunity for other people to find, develop and excel in their own passions. Prior to the pandemic, I ran a composer’s breakfast group in the Agoura/Calabasas area which was an extension of the one run by Richard Gibbs in Malibu. During the pandemic, we went online and broadened the horizon, inviting musicians from all around the world to come and join us. After several months of inviting key speakers to address the group, I decided it was time to stop talking about music and start making music. Each week I’d make random pairings of musicians. We’re talking all types of musicians who were hungry, talented and passionate about their craft. We have the likes of the amazing Benny Rietveld (Santana’s MD & bassist), Rafael Gayol (drummer for Lenny Cohen, Aha, etc.), Steve Shepherd (Kenny G’s mixing engineer & songwriter), Jeff Carruthers (multi #1 placements on Billboard Smooth Jazz) pair up with other incredibly talented members of the group… the youngest being Dan Murphy, an up and coming 16 years old guitarist to look out for the in the UK. We’ve since released several albums for and now have an incredible music supervisor, Katie Garibaldi, who joined our group a few months ago who is getting our pieces placed into feature films, documentaries, podcasts and TV shows. I enjoy witnessing everyone else’s success equally as much as I enjoy my own.

I also love to create physical experiences that people can step into. Books are incredible for transporting you into a world seen only by your imagination. Movies are wonderful. They can transport you into visually stunning places that make you believe that you’re somehow experiencing the environment that it is portraying. However, the pinnacle is the world of actually taking someone into those types of places, when you can feel, touch, sense the environment and give someone an experience where they are an active participant. That’s my ultimate passion. Whether I’m creating haunted houses, laser tag environments or working on some music in a theme park setting where people can have a tangible experience, it elevates me to a new level of satisfaction that brings growth and wonder into the lives of the participants.

Can you talk to us a bit about happiness and what makes you happy?
Magic makes me happy. In a visit to the Magic Castle, I heard a beautiful definition of the difference between magic and an illusion. The magician said, “Magic is the feeling you feel when you witness an illusion!” It’s that feeling of wonderment, enlightenment and witnessing someone ‘wake up’ as they experience something quite special. It doesn’t have to be an illusion that creates that magic. It can come when experiencing something for the first (or best) time. It can come in a moment of peaceful meditation, it can come while you’re white water rafting, it can happen in a piece of music, it can come as you hold the hands of a child learning to walk, it can come in a first kiss, a goodbye, a thought. Whatever I’m grateful for in each moment that I’m aware of it, I can find magic… so perhaps it’s actually gratitude that brings me happiness. 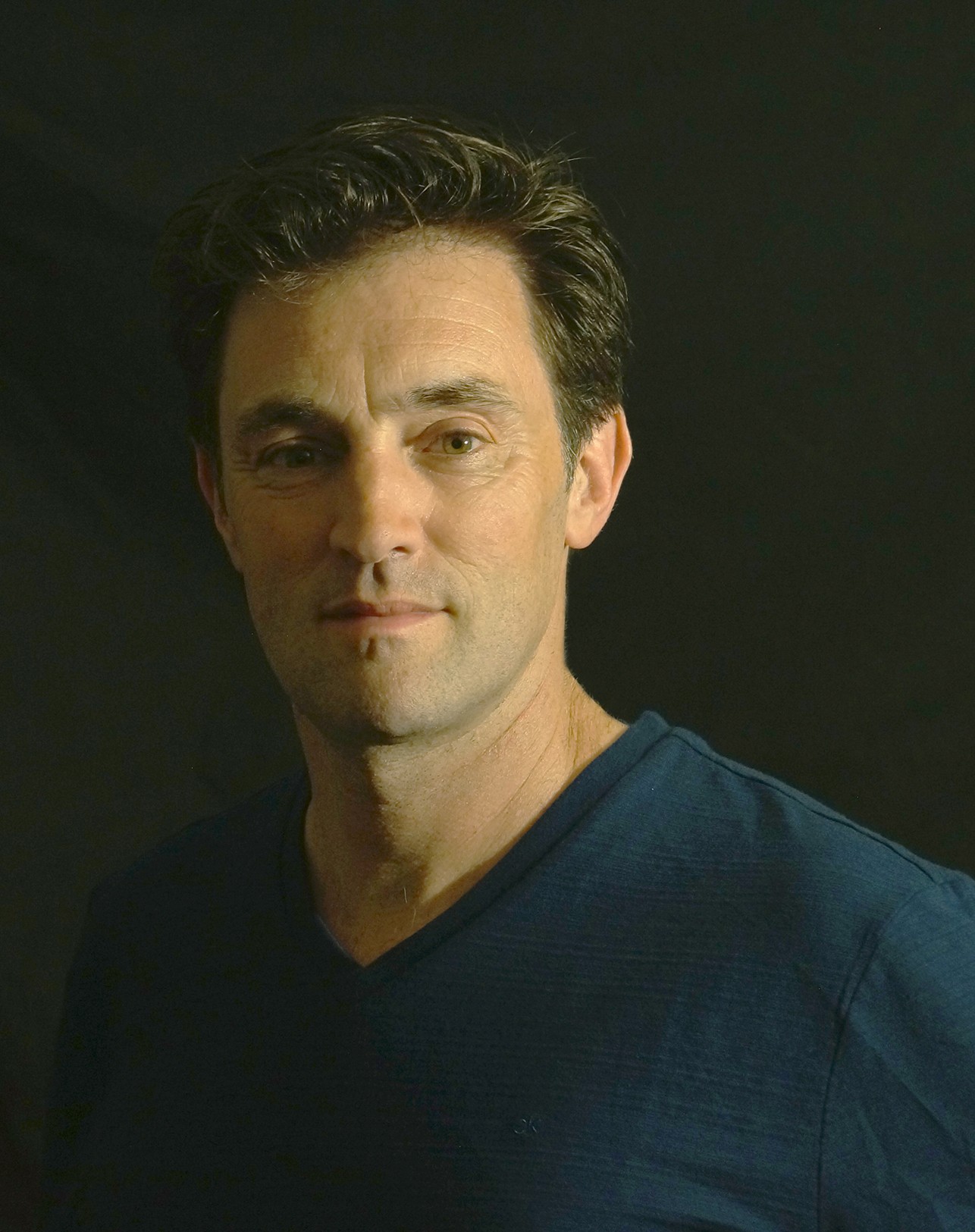 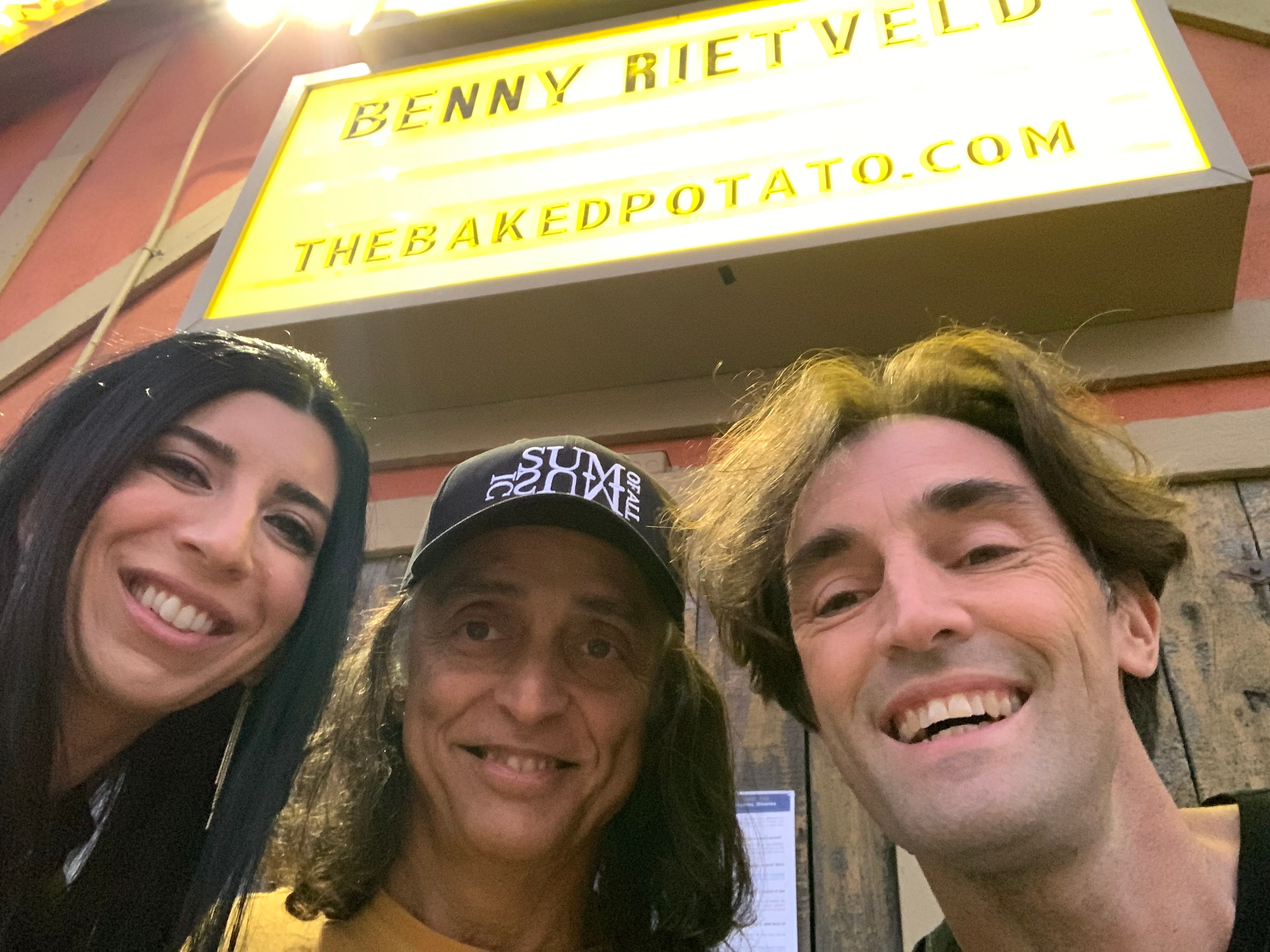 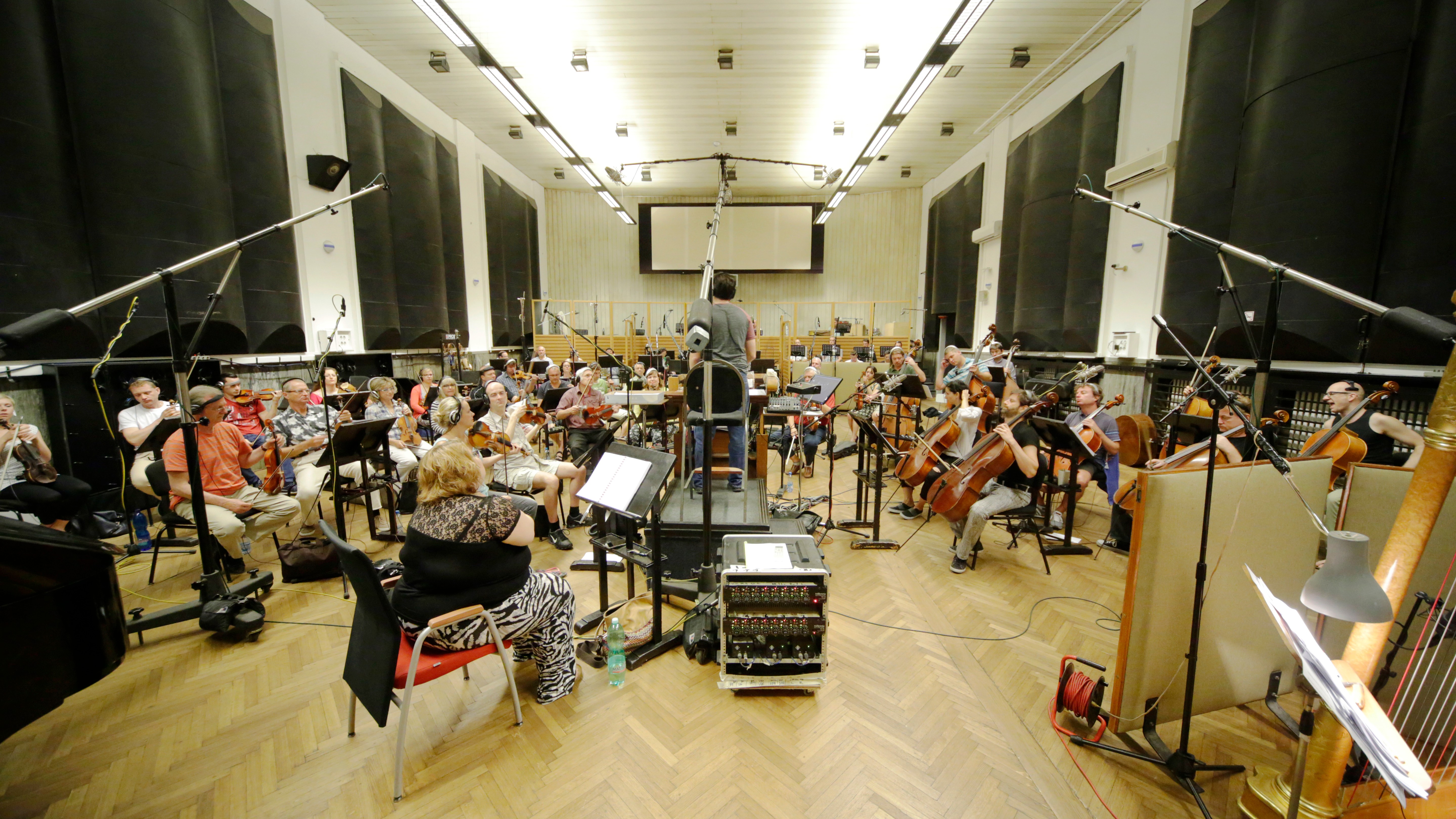