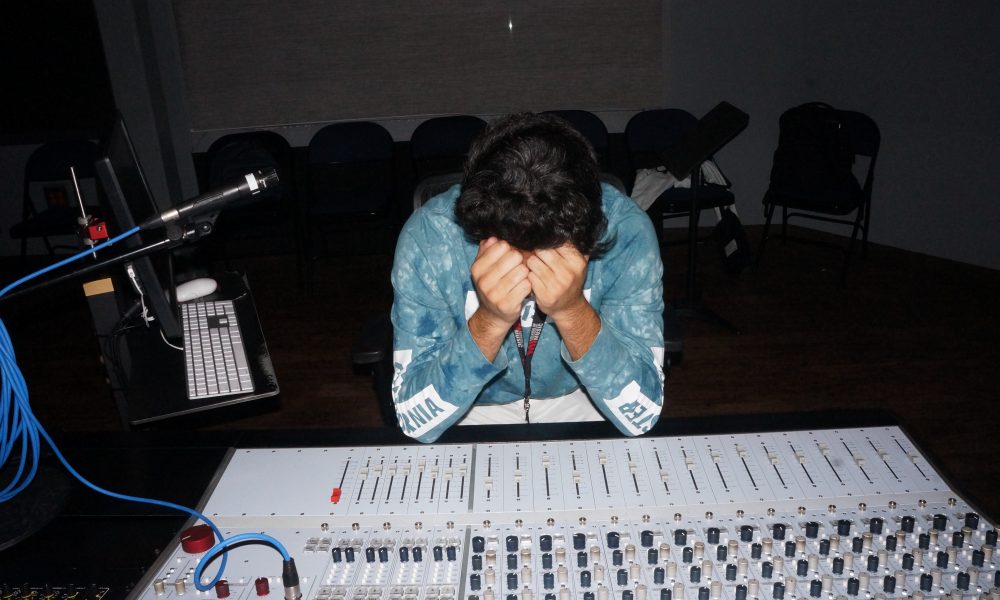 Today we’d like to introduce you to Jose Diaz.

Jose, can you briefly walk us through your story – how you started and how you got to where you are today.
My story started in Guadalajara, Mexico. At the age of two, my family moved to Los Angeles, California. I started school a few years later and made friends while my family built a life here. Being the youngest of three kids, having two older twin sisters, we always found music to be a common interest between us. We loved to make home videos together, karaoke-style, playing the drums, guitar, and singing to our favorite songs. We had a seemingly great life in LA. Tragedy struck in 2006 when my father died suddenly in a work accident. Since he was the main source of income to our family, we bounced around from place to place trying to settle into our new normal. When the 2008 recession hit, we were forced to relocate to Columbus, Indiana. Things were difficult at first and it was hard to leave the life we had behind, but my mom stayed strong enough for all of us. We stayed with some family for a while and eventually got a place to call our own. She became serious with my stepdad and he has been a huge part of my success ever since. I have three nephews and a niece who mean the world to me; currently ranging from eight years old to eleven months.

It was in Indiana that I found lifelong friends who have now become business partners. In 7th grade, my mom sent me to a charter school, where I met two of my closest friends that introduced me to FL Studio, and we began making music together. A group of about five of us enjoyed making Dubstep. A couple of them even gained a large following. For me, dubstep will always be one of my favorite genres. However, I later realized that my passion is in making beats and watching artists’ visions come to life. At the age of 16, I got a job at a local restaurant. There, I worked with a couple of friends who also made music. We decided to take a leap and move to LA to further our education. We looked at schools, talked with our parents, took their advice, and planned our move for September 9th, 2018. January of 2018, I met Sam. She had transferred from another restaurant, following our GM. In just a few weeks, we had grown to really like each other. Some of our co-workers would even joke that we were “work husband and work wife”. Fast forward six months, Sam drives me to the airport and we say goodbye with plans for her visit in the following weeks. She visits in October, we talk with the roommates, and she moves in with us in November. Even though our relationship was still new she supported me through school, coming with me to studio sessions and maintained two jobs to support our home life.

Life was tough moving forward. I worked three jobs to put myself through school at MI where I studied Audio Engineering for a year, gaining a lot of knowledge to further my career. Six of us lived in a two-bedroom apartment right off of Hollywood Blvd. But difficulty with a few roommates eventually led us to splitting up and the three of us moved into a new place in North Hollywood. From then on life was nice. We enjoyed our pool and eventually all even worked at the same restaurant together. I had a home studio set up and kept pretty consistent clientele with sessions taking all of my free time. While Sam worked opposite shifts from us, we used that time to work with artists or simply collaborate on beats. Christmas 2019 season was fast approaching, so we were making plans to fly home to be with our families. Many conversations of marriage had come up over time, so we thought what better time than when we are home. We picked out rings, flew home and on January 3, 2020, we set up a small party and got married surrounded by all of our closest friends and family.

We had big plans for the upcoming year, but unfortunately COVID-19 forced us to reevaluate them. Sam’s mom drove all the way from Indiana to support us during uncertain times. After watching the news and keeping up with updates from government officials, we came to the conclusion that moving back to Indiana was in all of our best interests. We packed up a uhaul and made the 34-hour trip back. Rather than being afraid, we embraced this time to refresh, and soak in some much needed time together, quarantined of course. I still maintained relationships with artists and continued to work with them as best as I could through facetime and email interactions. After four months, it was clear that in order to move forward in our lives, the move back to California was a necessity. With flights booked and a new apartment set up, we said our goodbyes and boarded our flight back to real life. We have been settled in for a little over a month now, and although times are still uncertain, we continue to work hard and move forward. Success is inevitable.

We’re always bombarded by how great it is to pursue your passion, etc – but we’ve spoken with enough people to know that it’s not always easy. Overall, would you say things have been easy for you?
Luckily, even through the hardest times, my support system has allowed me to feel at ease.

So, as you know, we’re impressed with Settapik – tell our readers more, for example what you’re most proud of and what sets you apart from others.
Music Production and Audio Engineering is what I’m about. I thoroughly enjoy both, but as time goes by I’ve noticed my specialties have landed in percussion and mixing. I’m mainly known for music production in Indiana, but around here I’m more known as an Audio engineer. In any aspect of life, I’m most proud of my ability and drive to learn and retain knowledge and use it to my advantage. I believe that sets me apart from others.

So, what’s next? Any big plans?
I want to continue surrounding myself with new, positive people to learn from; and building a better life with the people closest to me. No big changes yet, but making the connections I need to be successful. 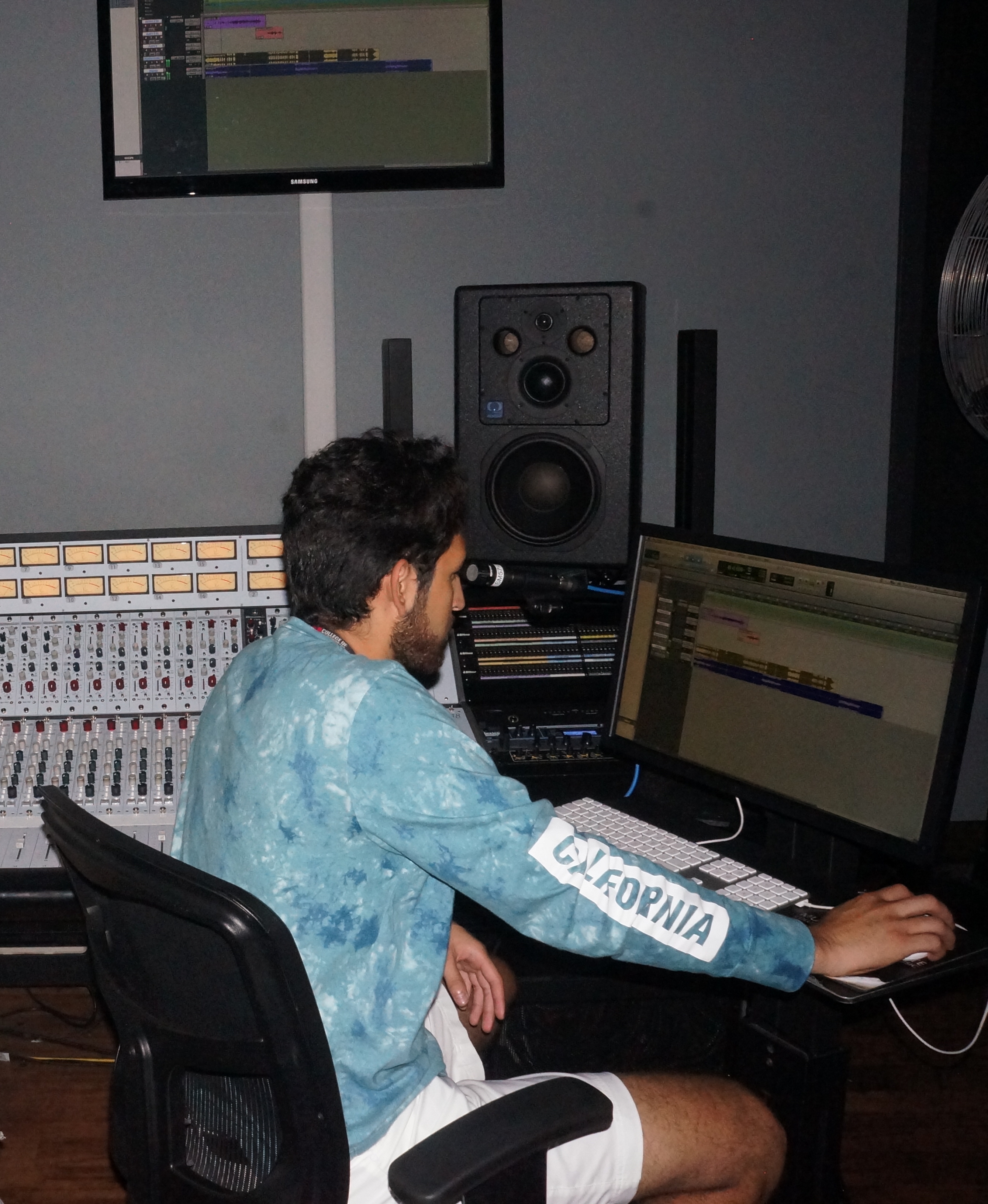 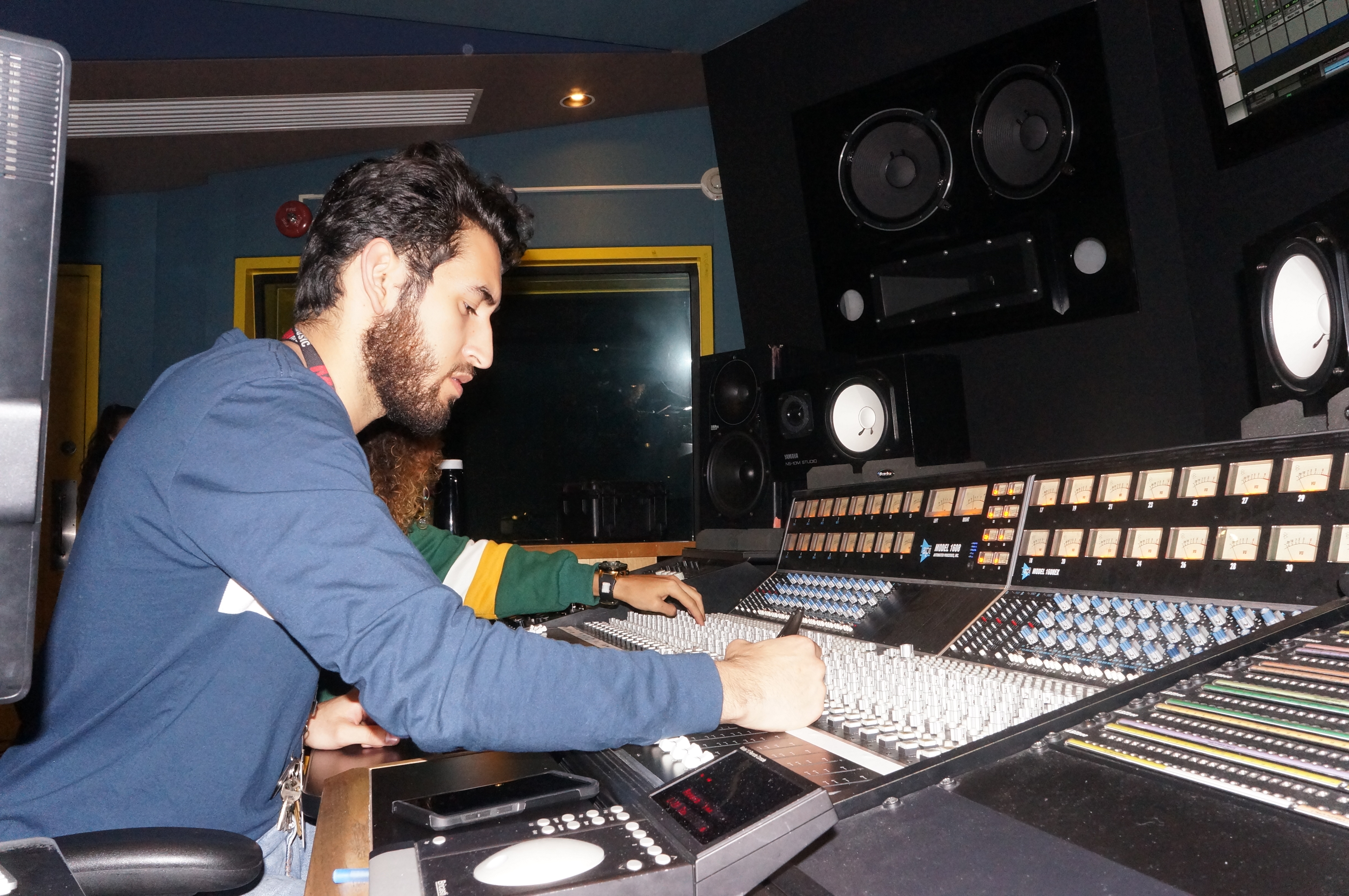 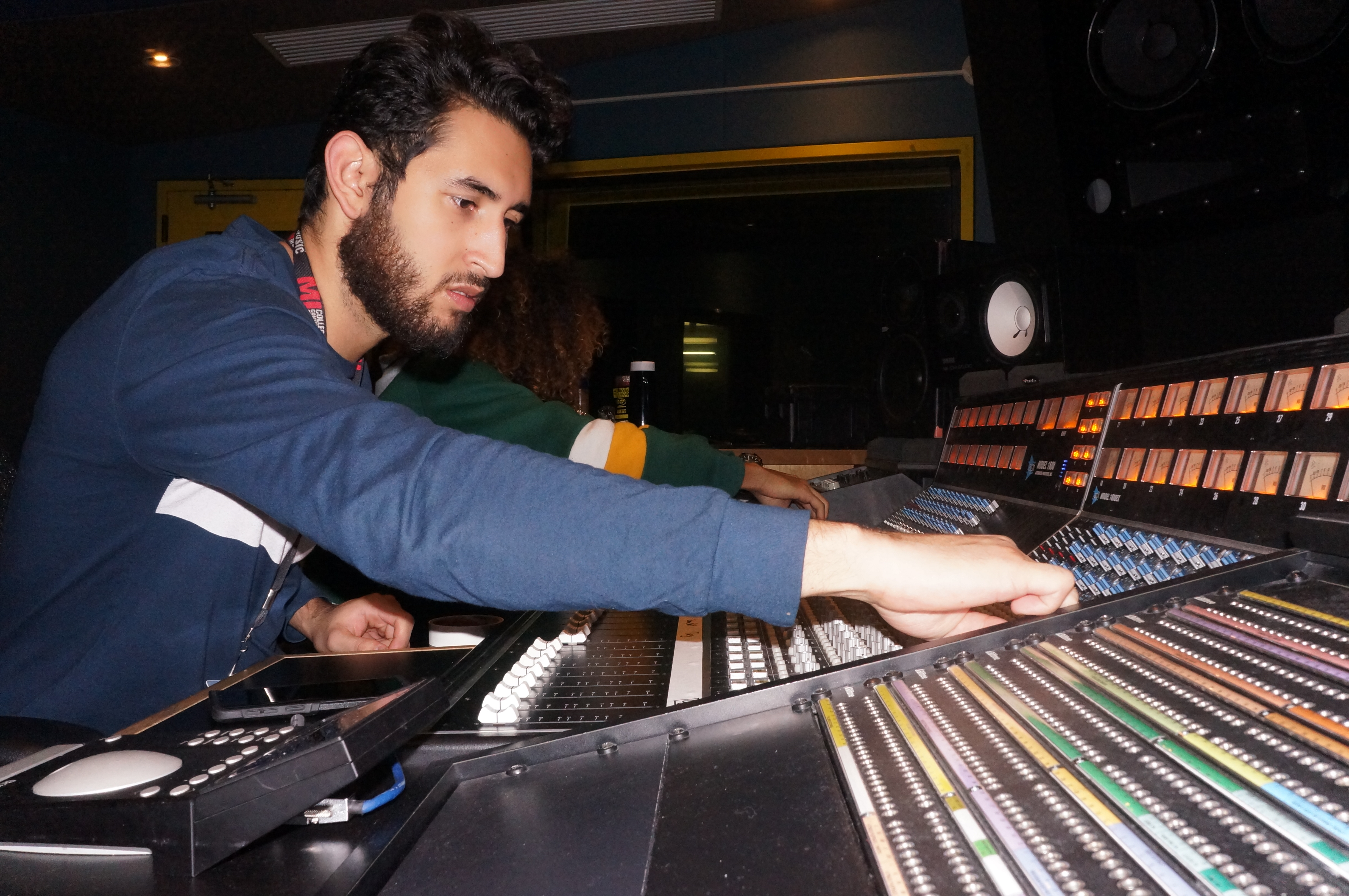 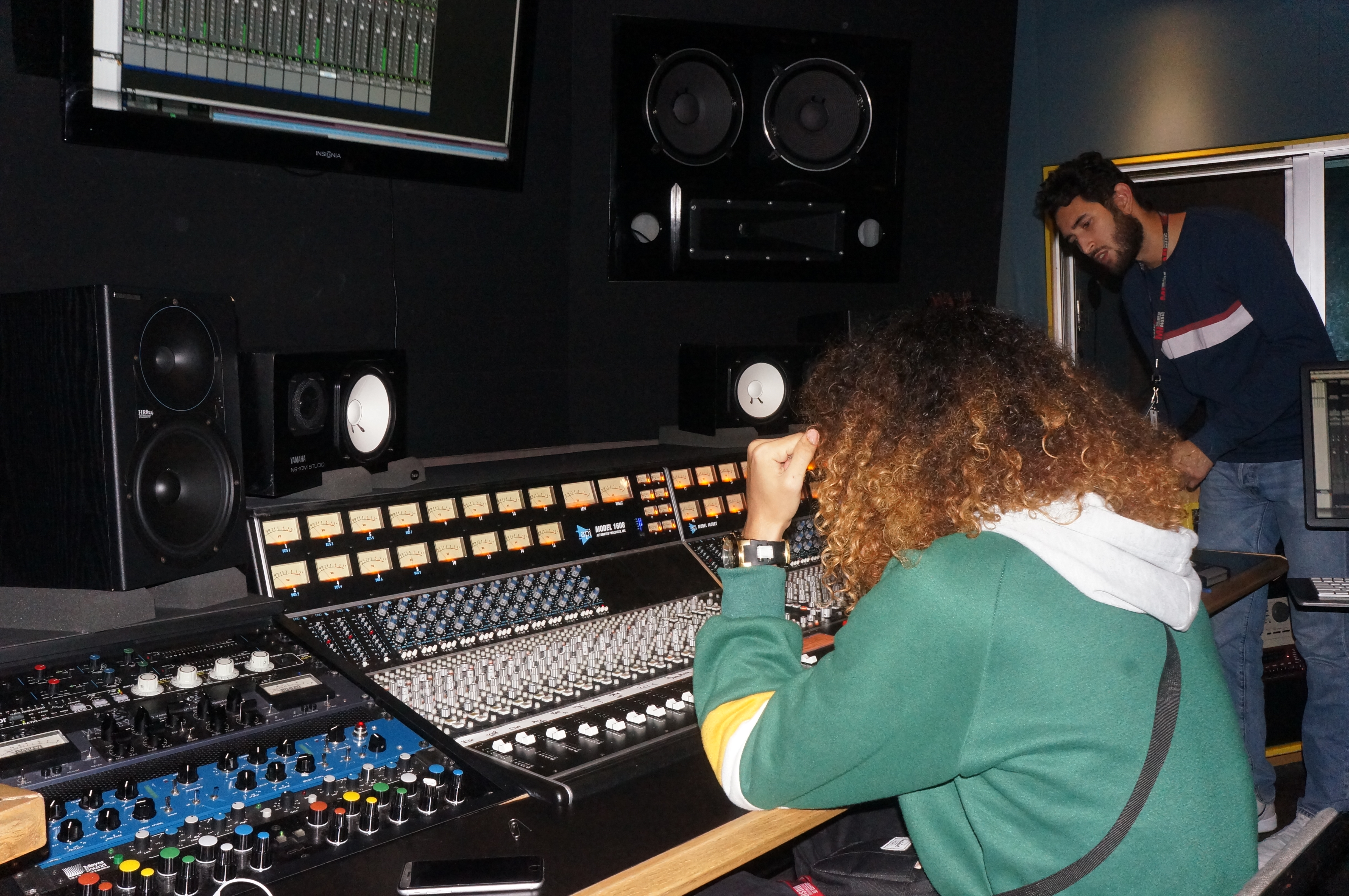 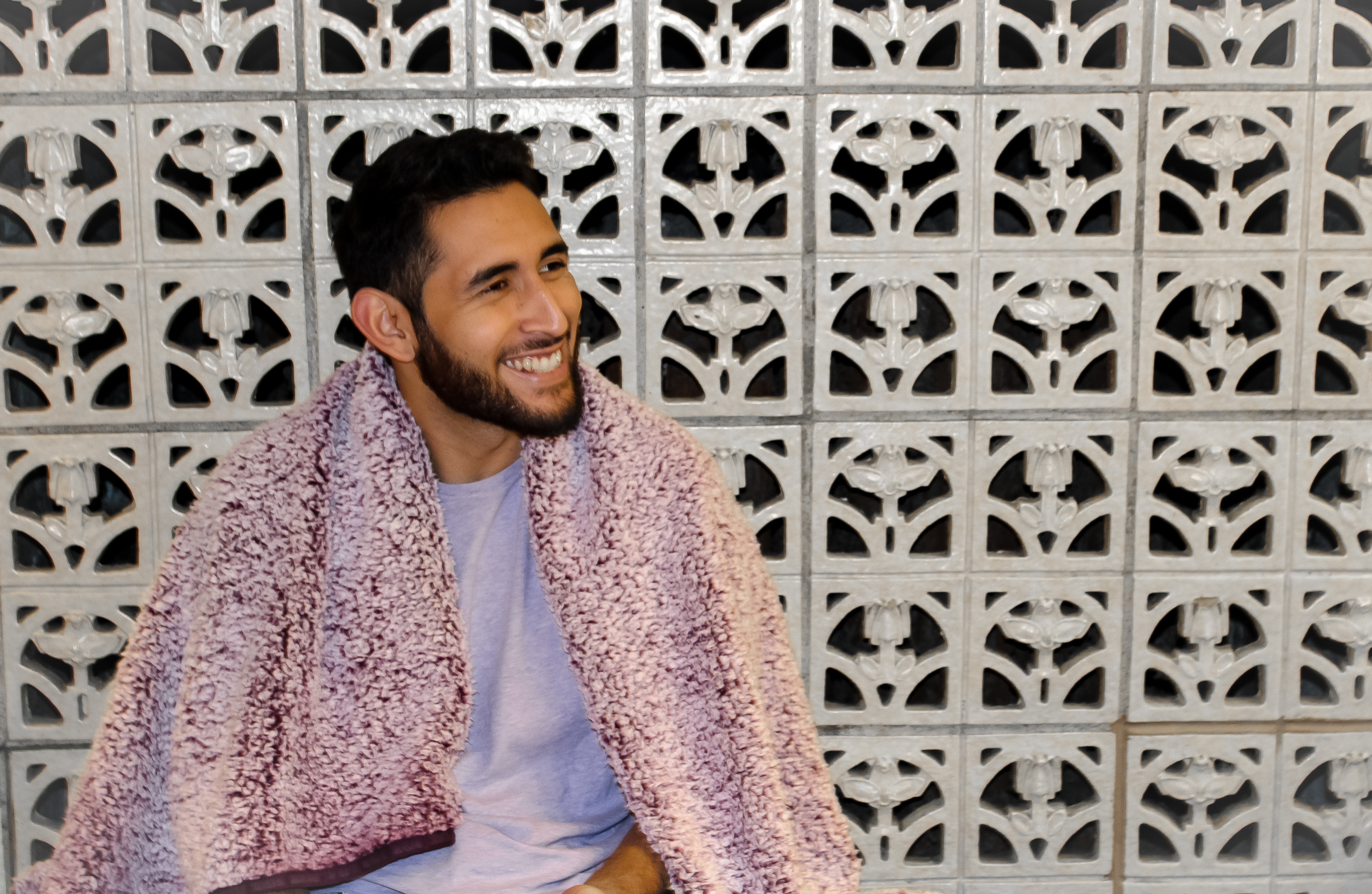