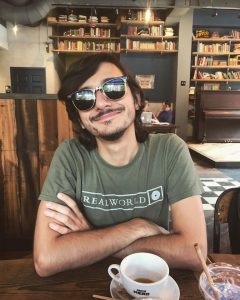 Today we’d like to introduce you to Jorge Cajías Calvet.

Thanks for sharing your story with us Jorge. So, let’s start at the beginning and we can move on from there.
I am a music producer–which is a very esoteric title that relates to the job of the person who leads a musical songwriter and artist’s creation from its raw state all the way to the finished physical audio product that the public will hear forever. The near-infinite amount of tasks and challenges that entail such process is the absolute beauty of the job and what makes it fascinating and different every single time.

In a more simplistic definition, it is the equivalent in music to what the movie director does, and is just as broad but fundamental. I started as just a musician, playing violin and guitar when younger, and writing a lot of music myself, which then developed into learning more and more instruments I could get my hands on, and more importantly, capturing them in recording. The term “production” wouldn’t come into my life until much later, but the advantage of growing up in the era I did, meant that easy multi-track recording at the reach of a computer was available to me as soon as I was remotely interested. One of my older brothers fiddled with music in his early years, so he let me use his recording equipment early on. Around the age of 12, I was already fascinated with the fact that stacking a bunch of sounds that came out of my instruments, in the form of musical recording, yielded a product that in a very bizarre and deeply undeveloped sense, resembled the recordings of my favorite songs. The result was absolutely rough (and I still have some of those recordings), but the absolute power was in my hands: all I needed to do was somehow match the quality of EVERYTHING to my favorite recordings. Simple, right?

That same euphoric statement kept me writing and writing songs through my teenage years, and always sitting down on my computer, playing to a metronome, and recording guitars, voices, and the then the epic discovery of digital instruments would improve my recordings with otherwise unimaginable and unthinkable sounds.

Meanwhile, I kept at it with every other musical skill I could, and when it was time to choose, I doubtlessly went to college for music. My initial intention was to be a world-famous composer, but I was soon to realize that such title was more or less a figment of my imagination. The hardest major offered at Berklee College of Music, as I heard, was Music Production & Engineering, so I decided to apply for it. I then realized, almost naively, and just by pure happenstance, that the major was based around the same skill I had been developing since age twelve. It fit on me like a glove. I heard people around me consider this the hardest major, but to me, it was beautiful and rewarding. I was just in awe and enchanted by the incredible teachers I had.

After graduating, I soon got a job in New York, where I worked as an engineer for a renowned producer for a while. I’ve also had several gigs being an engineer. Nevertheless, nothing quite compares to being a producer. When I do it, it feels like being everything I can be for that span of time, and I know exactly what to do, with no exception. During my time at college, I worked with a few artists, my friend Paulina Parga, Choby Scheufler, among others. Since I’ve gotten out, I’m happy to say that I’ve been doing it non-stop ever since, still being called to work on projects from people I knew in college and for people I’ve met along the way. Some notable cases are Mauricio Morales, a gifted jazz mastermind whose album I produced earlier this year, Lloyd Morrison, a wonderful gospel singer whom I’ve recorded around twenty songs in the past year, and a wonderful Venezuelan singer-songwriter who I cannot name just yet, but was nominated for the Latin Grammys in the past, and am proud to be producing some songs for her newest releases. Another project I should mention is my own–I released an EP in the past and I’m gearing up to release a new album of my own: this is a Spanish album with tinges of folk, alternative, and art-pop.

I am still young (24), but I was simply lucky to have pinned down my deep passion by pure accident when I was young, and have been glad to have followed it blindly because I’m simply incapable of doing anything else or thinking of anything else when I get out of bed in the morning.

Great, so let’s dig a little deeper into the story – has it been an easy path overall and if not, what were the challenges you’ve had to overcome?
I don’t really believe anyone gets a smooth road, or rather, anyone would think they do. It’s especially hard in music to be able to do one thing full-time and not have to think of the aspect of survival on a daily basis in your earlier years. The reason we do it, nevertheless, is because it’s more rewarding than most other jobs in the world. I’m thankful to be in a side of the business that has better income expectations, yet, as with anything, getting your name known and becoming indispensable to the people you work with is the most important.

I myself, personally, feel like I’ve been able to feel comfortable with my work and have been rewarded by its results both artistically and financially. I’m not able yet, though, to live from it 100%, which is an obvious next goal for me. I also keep in mind that I’m much more ambitious in that I don’t believe survival is enough. I try to, with every new musical project that I do, to push the boundaries of everything that has been done before me. So the main challenge of the road, I find, is striking a balance between the two aspects.

Can you give our readers some background on your music?
I think my main strength as a music producer, and the reason why people come to me is that I’m always deeply invested in the work I do, and not a second of music goes by that I haven’t poured my heart into. Music production’s art is to make the listener get through a song effortlessly, and for every second to give you expectations of what the next will.

I also believe that the song is the master of everything, and every decision I make is deeply rooted in the music’s inherent needs. These needs also can be addressed by countless ways, and I’ll always go the extra mile to find the most special and unique way to solve these problems. The technology that we have nowadays allows for sound design to be at the reach of your fingertips, and as my teacher Susan Rodgers said, nowadays, where everyone has access to the latest cutting-edge technology, it’s the ideas and vision you have that sets you apart. This is what I believe is my biggest strength as a music producer.

Do you look back particularly fondly on any memories from childhood?
My warmest memories of childhood come from the moments when I was creative as a child. I was extremely shy, to the point where I would act mute to some adults, and school didn’t help much. Before I took on music, I was absolutely obsessed with drawing. I would spend all day either doing so, or thinking about what to draw next. My favorite memories come from feeling an absolute feeling of joy, or so to speak, “inspiration” on what I was going to do next. This was a very deep feeling I got throughout my childhood and I still carry it on today whenever I work on a piece of music, and the difference between the two in my mind is as thin as it could possibly be.

I remember one instance specifically when I was called out in the middle of a class by a teacher, an otherwise kind old lady because I was drawing and not paying attention. I kept of course doing it anyway, and I find comfort in that every time that I’ve been pushed or held back in my urges of creativity, I’ve never hesitated to gently rebel, which has led me to be who I am today. 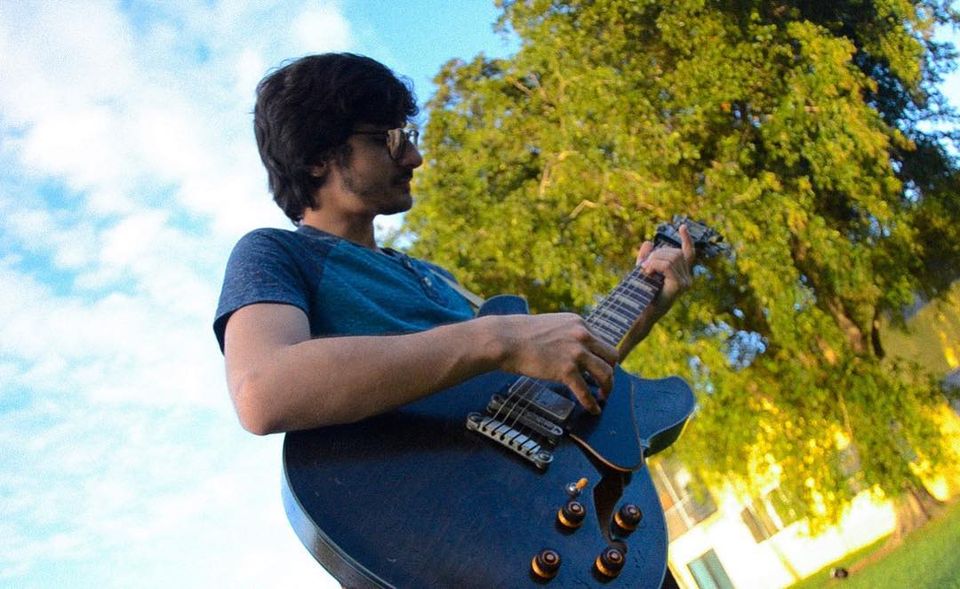 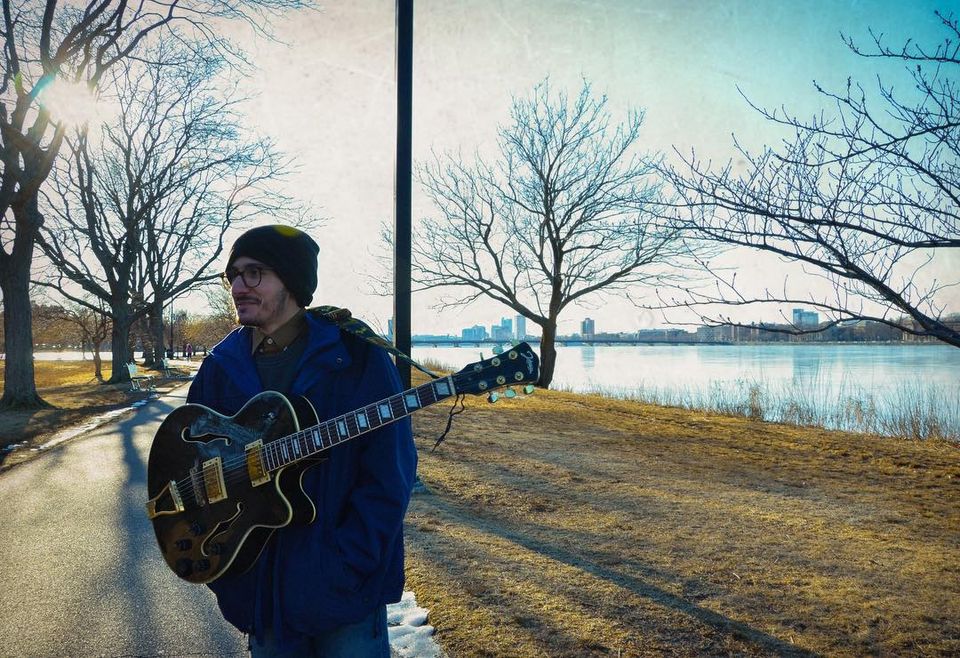 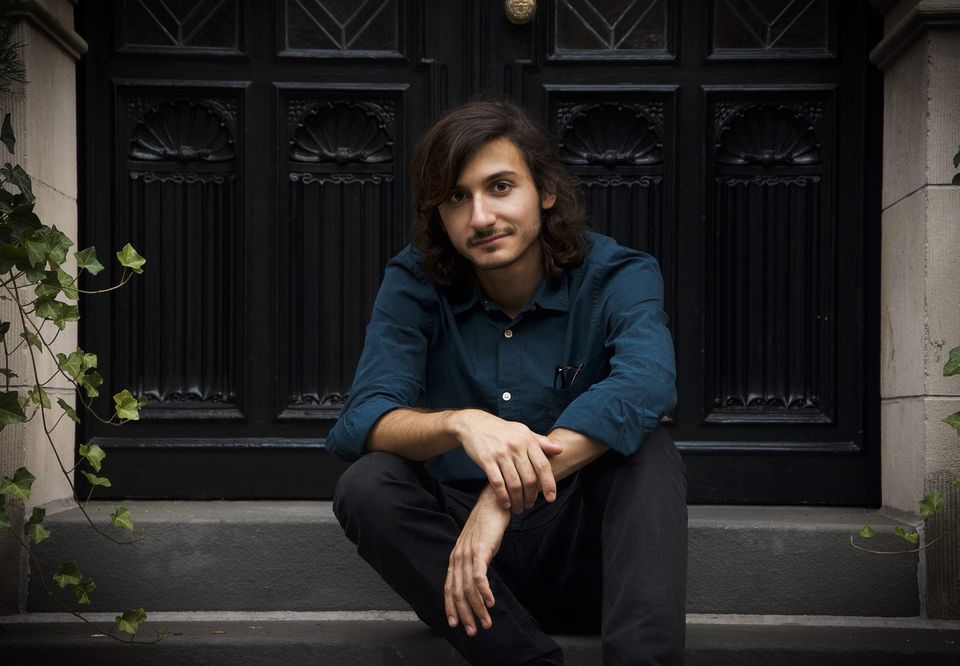