Meet Joré Aaron of Our Stories Showcase in Koreatown 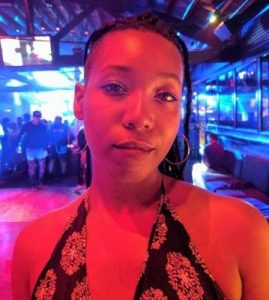 Today we’d like to introduce you to Joré Aaron.

Thanks for sharing your story with us Joré. So, let’s start at the beginning and we can move on from there.
It’s a little wild to recall that when I was growing up in Los Angeles, I had imagined myself drifting far away from the city, to just somewhere “else.” Now I see myself being here for a long while, with a new sense of duty and inspiration. Yes, I am currently the cliché barista/actor, but my pathway to getting to this point is far from typical.

Upon passing all the necessary exams and writing my personal statement the night before it was due and somehow still getting a solid reception, I was accepted into University of California-Santa Barbara. My intention was to get my degree in child psychology—I had worked at an amazing camp in the Santa Monica hills for six years prior, where teaching privileged children how not to exploit their privilege was the main forefront. I would get my degree, go back to camp, and become a camp director and possibly open my own camp (which is still totally a possibility in my life). I had all my plans set for my future, but my future seemed to have some edits for me.

I was encouraged by my UCSB orientation advisor to take classes outside of my predetermined degree, which I hope is a practice that is still intact because it changed my life. The class I ended up was Intro to Acting, but that didn’t spark my career in it. It did, however, spark my immense passion for performance. Part of the requirement for this class was to attend a play on campus. The play I saw was These Shining Lives, and I will never forget how stepping into that world struck me. It was my first time ever seeing a fully-produced play. LAUSD, at least when I was attending, didn’t really fund the arts, and my family was far from having the means to provide me many supplementary opportunities for my creativity, although they would have loved to. Seeing actors perform full-heartedly, the stage illuminated, and the intricate costumes were evidence of the beauty of creative collaboration. It made me want to get involved.

I started in stage management and dabbled in lighting design, but it took friends who saw my potential to push me into the conservatory acting program on campus. I auditioned (I never had done a monologue in my life, but my friends made sure to help) and I got in. The program, with all its peaks and valleys, I can unabashedly say saved my life. The family I found and the endless depth of creativity that I tapped into were foundational to who I have become as an artist, but also as a person.

So why didn’t I stay in the theater lane? Shouldn’t I be in another place, taking my bows? I had asked these questions to myself several times throughout my first few months of being in LA. But I had this nagging feeling that was much louder than those questions. I felt I would be missing out on an opportunity of finding my own power in being a storyteller and using that power to change LA and the entertainment industry at large. See, around the time I was graduating from the program, the industry was beginning to really shift and question these normalized injustices that were still being upheld by the gatekeepers in the community. I didn’t want to miss out on being a part of that conversation. I didn’t want to miss out on the opportunity to make change.

The industry has several lanes to becoming successful in it, but many of those pathways are exclusionary or filled with artifice. My first year or so out here was a huge realization of the reality of the several restrictions placed on me simply for being who I was—black, queer, and broke. Finding a place to live, headshots, classes, transportation, food and other necessities, networking, friendships—all of these were circling inside my head and I honestly didn’t know if I would find solutions for any of them. I was very depressed, mostly because I was scared of losing the person I had found in myself in my acting program. I was not to be afforded as many opportunities to fail as my more privileged counterparts would, and I wanted to give up on the whole idea of doing this “acting thing”.

Then I thought about the girl who grew up in this city, and how much better she would have felt about herself and her life if she had known the artist that was in her and knew where to put all that quirkiness and imagination that didn’t fit in functions or formulas. I decided I had to change things for anyone who felt like her and saw Los Angeles as a hub to discover that part of themselves–that part that wants to dream big and to tell stories. The pathways were congested with many issues, and I wanted to clear them for the ones couldn’t do it themselves or lacked access to other, shorter pathways.

Great, so let’s dig a little deeper into the story – has it been an easy path overall and if not, what were the challenges you’ve had to overcome?
The biggest obstacle would have to be finances. My family was no longer in the city, so I really had to navigate on my own without many savings and with loads of debt. It doesn’t help that when you’re in that state, there are so many predatory businesses and people are all around you in the city, especially along the pathway of being an actor.

Getting scammed out of a $1000 deposit, expending time and labor for projects that still haven’t been finished, and the constant taunt of being seen as completely disposable and to just put up with terrible treatment were all factors in leading me to my depression. The “starving artist” mentality isn’t one to follow, but that fault doesn’t fall on the creative. It falls on an industry that has yet to truly care for the people that go through many sacrifices to keep it afloat. This was a terrible time in my life, but without it, I wouldn’t have found the passion to make a change so that less and less people would have to go through it, too.

We’d love to hear more about your work.
Currently, I’m developing a showcase for diverse writers and actors to be able to share their work. Our Stories Showcase will be a Los Angeles based event that highlights the creativity and talent of the marginalized communities of today’s entertainment industry.

During a time where the term “diversity” has become almost trite, OSS is offering to be an opportunity to give that term action and to expand its definition within the entertainment industry. The current laborious and expensive pathways of finding success in the entertainment industry immediately shut out creatives of more marginalized communities early on, and I know this now from experience. By addressing this perpetual gap between the marginalized and the privileged having their voices valued and shared within the industry, OSS strives to serve the underserved by not only having their work shared but by also giving them the space to strengthen their craft in lieu of incurring a large fee or expending a large amount of creative labor for unequal compensation.

Maintaining a sense of relatability and a level of complexity in the stories that are told about diverse communities must be prioritized. There should be an active acknowledgment on what is perpetuated when these stories are shared and a continuous observation of how they are told, for what they are told for, and who they are told to.

Whether we want to be responsible for it, the many forms of media that exist inform and educate people about the world and everyone in it. They skew the opinions people have about others and themselves. I want to really have us ask ourselves “how can we all be more responsible with how we influence the world with the stories we tell?” I’m hoping to have OSS up by this fall, as well as to witness its continuation and expansion.

Is there a characteristic or quality that you feel is essential to success?
Gratitude, I think. Without taking the time to reflect and celebrate the successes I have experienced, I would easily be lost in this narrative of Angeleno actors never doing enough and always needing to more, even if it’s not of your best interests.

I’m grateful for the friendships I’ve developed in LA and the amazing people that I have worked with and witnessed that are also seeking to make a change and spark progress. I’m grateful for my time in Santa Barbara, for helping me discover my talent and creativity. I’m grateful for what’s to come. 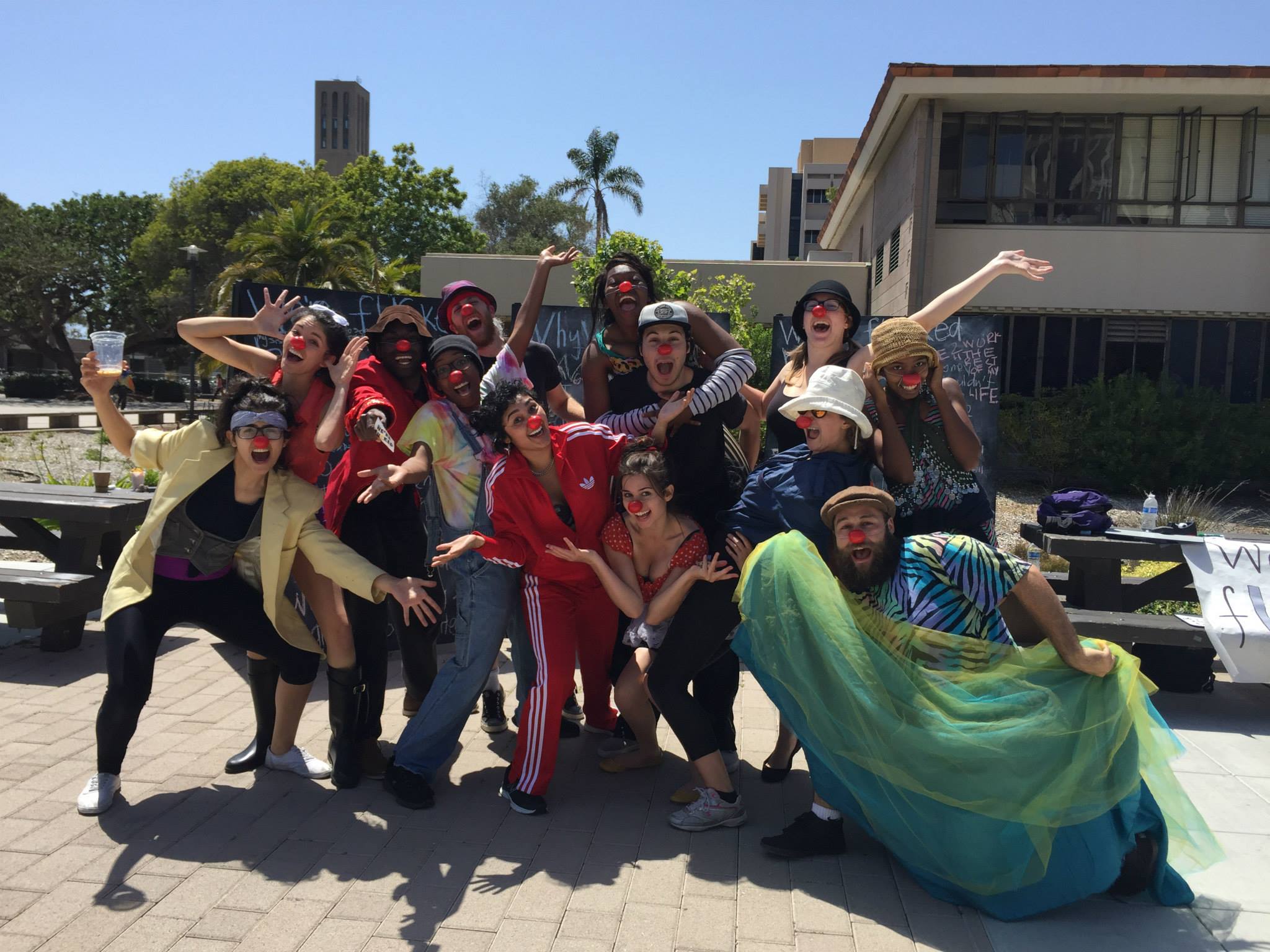 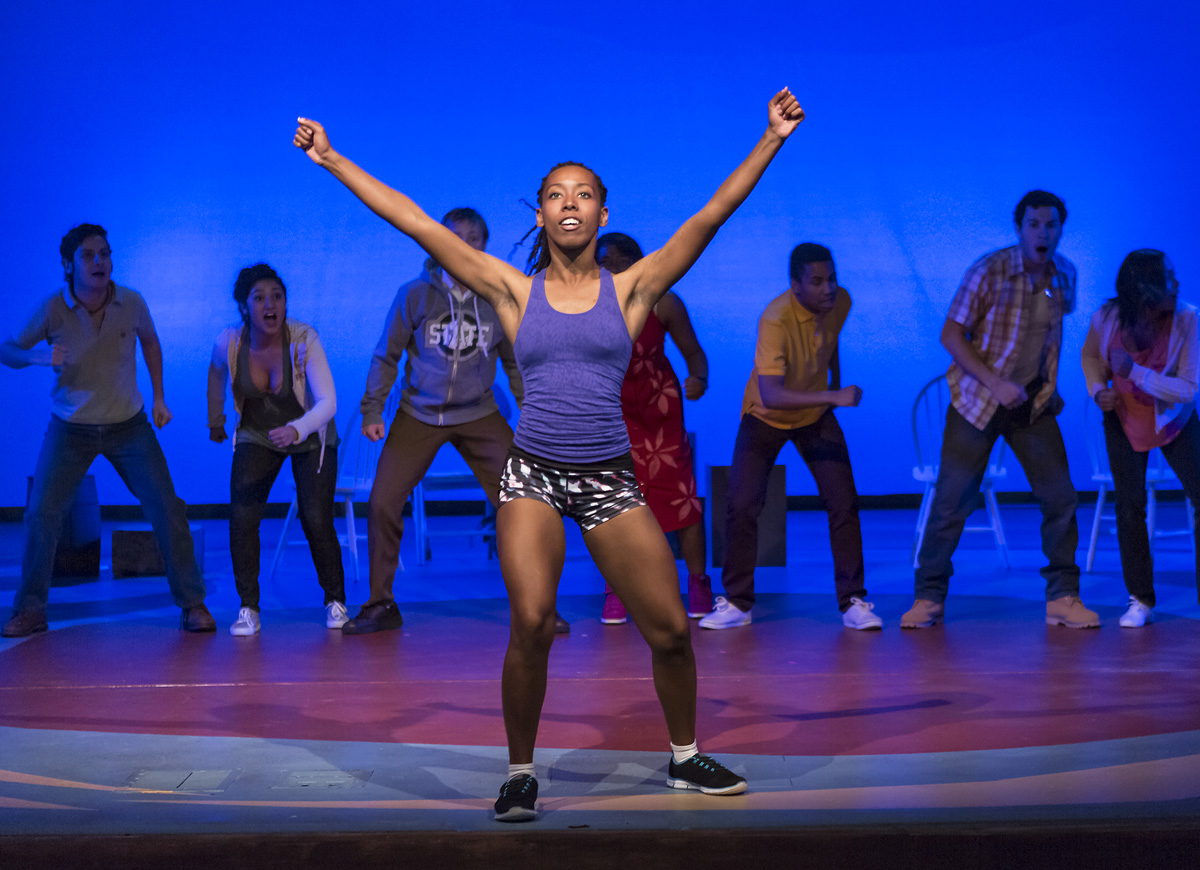 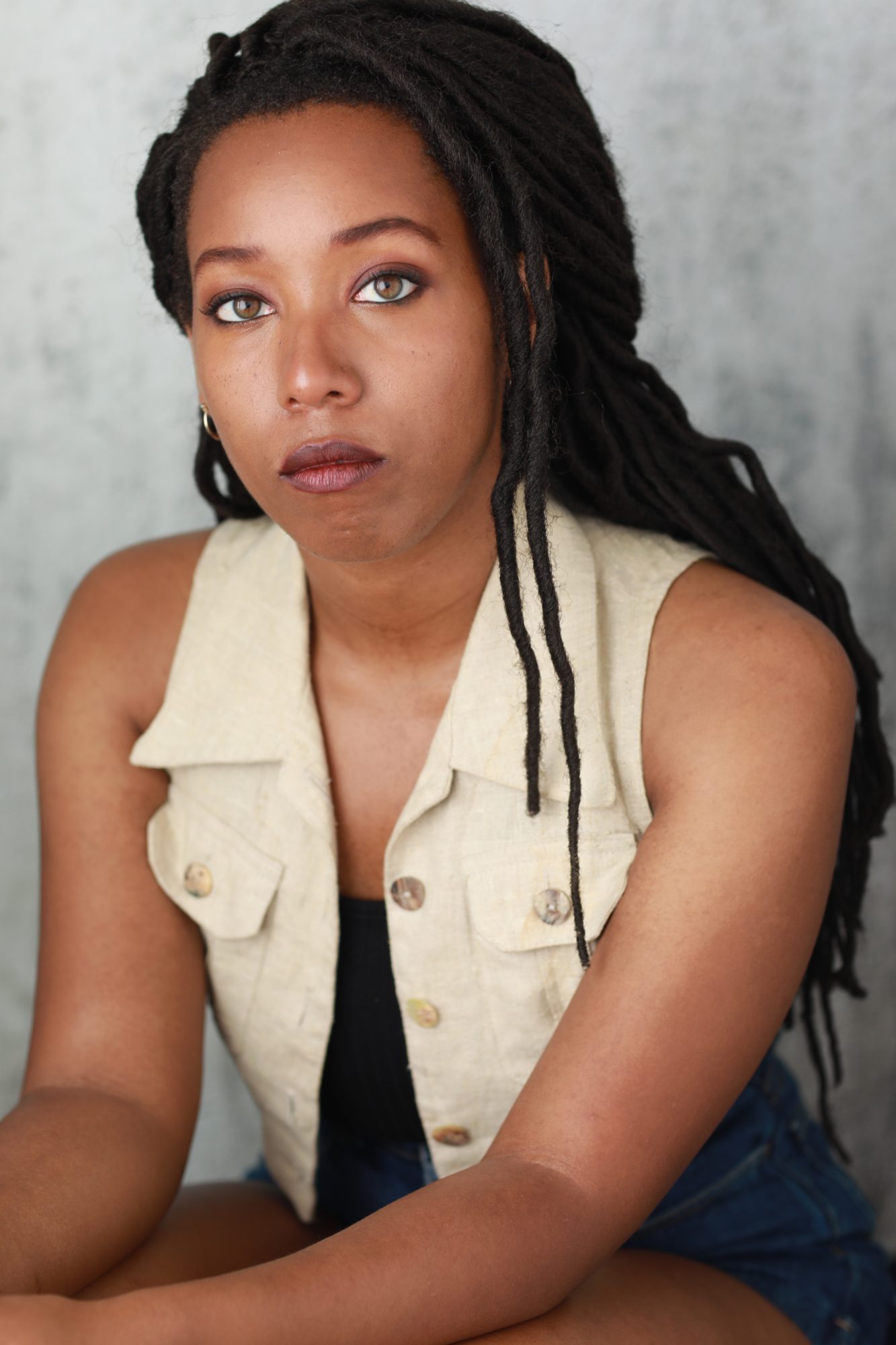 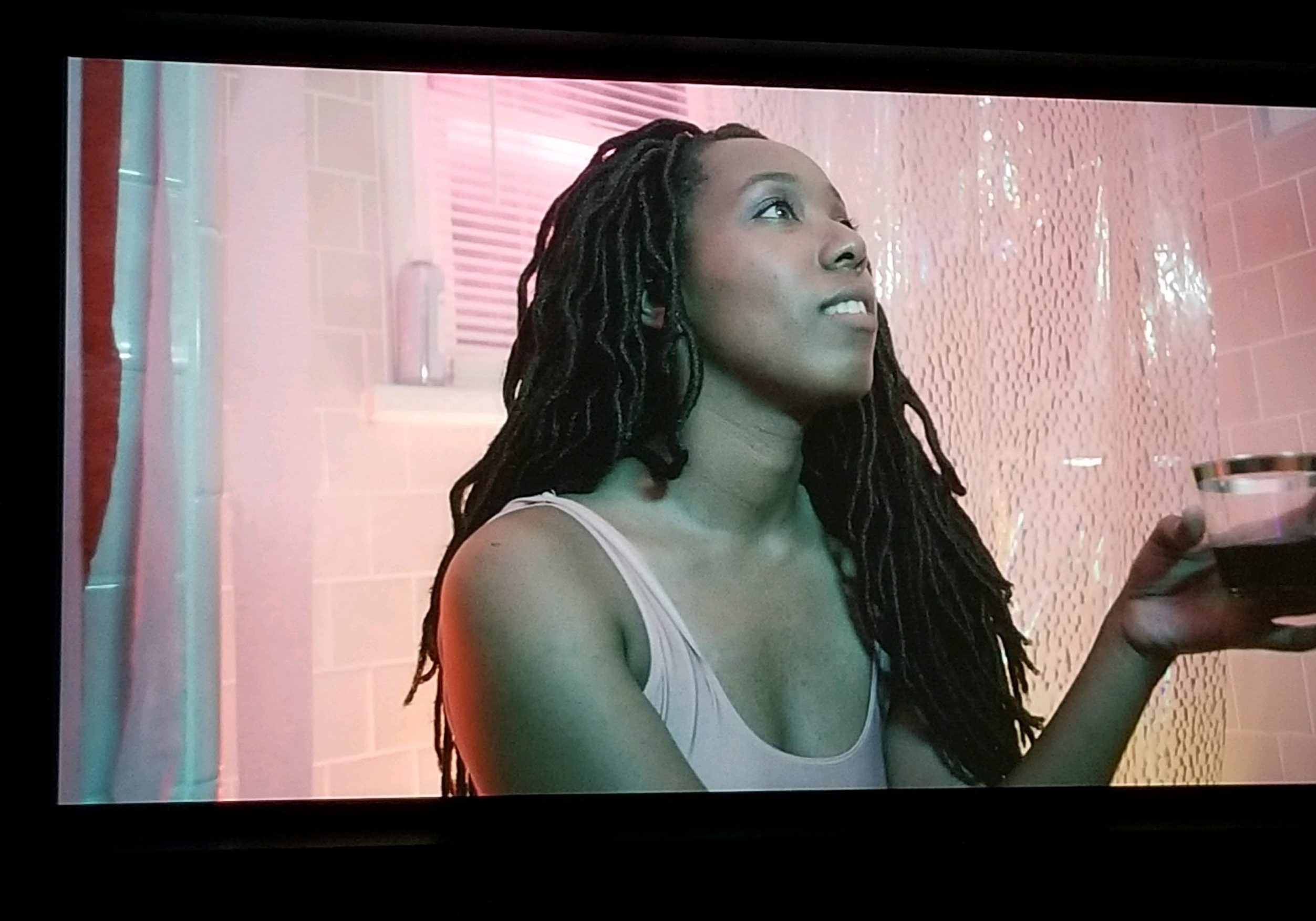