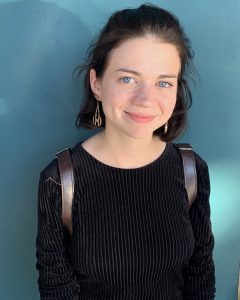 Today we’d like to introduce you to Jordan Maranto.

Jordan, please share your story with us. How did you get to where you are today?
When I was eight, I wrote a book series titled “The Adventures of Chair Lad.” The series followed a superhero chair who fought a few unruly dragons. It sold out at our “Third Grade Market Day” and actually went on to get published ten years later as a gift from a friend! I’d say it was that initial encouragement of the absurdity that came from my brain that fueled me to pursue storytelling.

I’ve directed films that have screened at several festivals, including Austin Film Festival, New York Short Film Festival and HBO’s Women in Comedy Festival. I’ve acted in countless plays and films, most recently in a reading of Kimberly Belflower’s gorgeous new play, “John Proctor is the Villain,” at South Coast Repertory, a Tony Award-winning company. I’ve also been performing live comedy around Los Angeles, usually at the Groundlings student stage. I’m proud of what I’ve done so far, but I feel like I’m just getting started!

Great, so let’s dig a little deeper into the story – has it been an easy path overall and if not, what were the challenges you’ve had to overcome?
It’s been the bumpiest path! I want to be very honest here because I think many people get discouraged in their creative careers when all they see from peers on social media are the big moments of success without the associated pushbacks.

When I was a teenager, I was diagnosed with a pretty painful autoimmune disease and lost a lot of mobility for about five years. Within a month, I went from dancing in my school’s musical to being unable to dress myself in the morning. Acting became a coping mechanism – a way to escape into other people’s lives, so I didn’t have to think about my own. Making the leap from it being an after school hobby into a career is still a struggle – I face rejection through auditioning constantly and haven’t booked any career-changing roles, so I still make a living waiting tables and doing odd jobs.

Diving into filmmaking and comedy has been even more challenging because it’s all been self-taught, which comes with a lot of trial and error. For instance, I once had a film take almost two years to complete because of my lack of knowledge in post-production. As a writer, I worked on a screenplay for six months, and when I finally showed it to my friends, they had to inform me that the formatting was all over the place and very hard to follow. And as a performer, I had a handful of harassment issues with comedians when I first moved to LA, which discouraged me from doing comedy for a long time because my skin wasn’t thick enough to just ignore it. But I’ve discovered that these struggles are universal for everyone getting started and that my love for what I do consistently outweighs the challenges.

We’d love to hear more about your work.
I’d say my work is defined by how each of my passions inform the other. For instance, editing a film to me feels a lot like dancing – the craft comes from the rhythm, timing, and style. Directing and writing feel very similar, both require you to wear a lot of hats. In directing, you guide every element of the film, and with writing, you guide the actions and motivations of every character. Acting and comedy feel the same because both require you to fully commit and be incredibly authentic.

There are a few projects I’ve recently done that I feel highlight what I’m talking about. I directed a one-take music video for indie-pop artist (and my dear friend) Natalie Patton. It’s for her first single, Get Up, and it honestly felt a lot like staging a big musical number:

I also have a couple of short films I’m pretty proud of! One is As Seen On TV, a dark comedy that follows an antisocial guy in his 20s who falls in love with an infomercial personality (basically Billy Mays):

Directing it was a joy because I adored the script, written by the very talented Mitchell Allison. He starred in it alongside a powerhouse cast, and I like to think the film is the result of what happens when comedy, heart, and solid pacing all line up together magically.

The other film I’m jazzed about is a comedy called Blue Balls. It screened at a few festivals this year and it is by far the most vulnerable thing I’ve ever done. Not only because my character is in her underwear the whole film, but because I wrote it, directed it, produced it, and edited it. So basically it’s a very silly amount of me in one movie! The film follows two teenagers exploring intimacy and the guilt complex women often develop in the process. It’s set to release on December 20th.

Is there a characteristic or quality that you feel is essential to success?
Yes, and I believe that is recognizing the talent in others. My movies wouldn’t look half as good if they weren’t shot by my incredible Director of Photography, Homero Salinas. Nothing would get done without a powerhouse Producer, best exemplified by my friends Shannon Cloud and Madeline Dimayuga. And my writing, both my screenplays and comedy, wouldn’t be nearly as solid if I didn’t have talented writer friends to ask for their notes and opinions.

Even acting is all about focusing on the other person, and having a solid scene partner is the only way you can give your best performance. This is proven by the talent of my costar, Tucker Martin, in my upcoming film, Blue Balls. When my brain had to constantly flip flop between conversations with my crew and diving back into my character, his commitment always anchored me back into the scene. So when it comes down to it, I know how to curate a solid team, and I’m pretty positive that’s been the foundation of any success I’ve had! 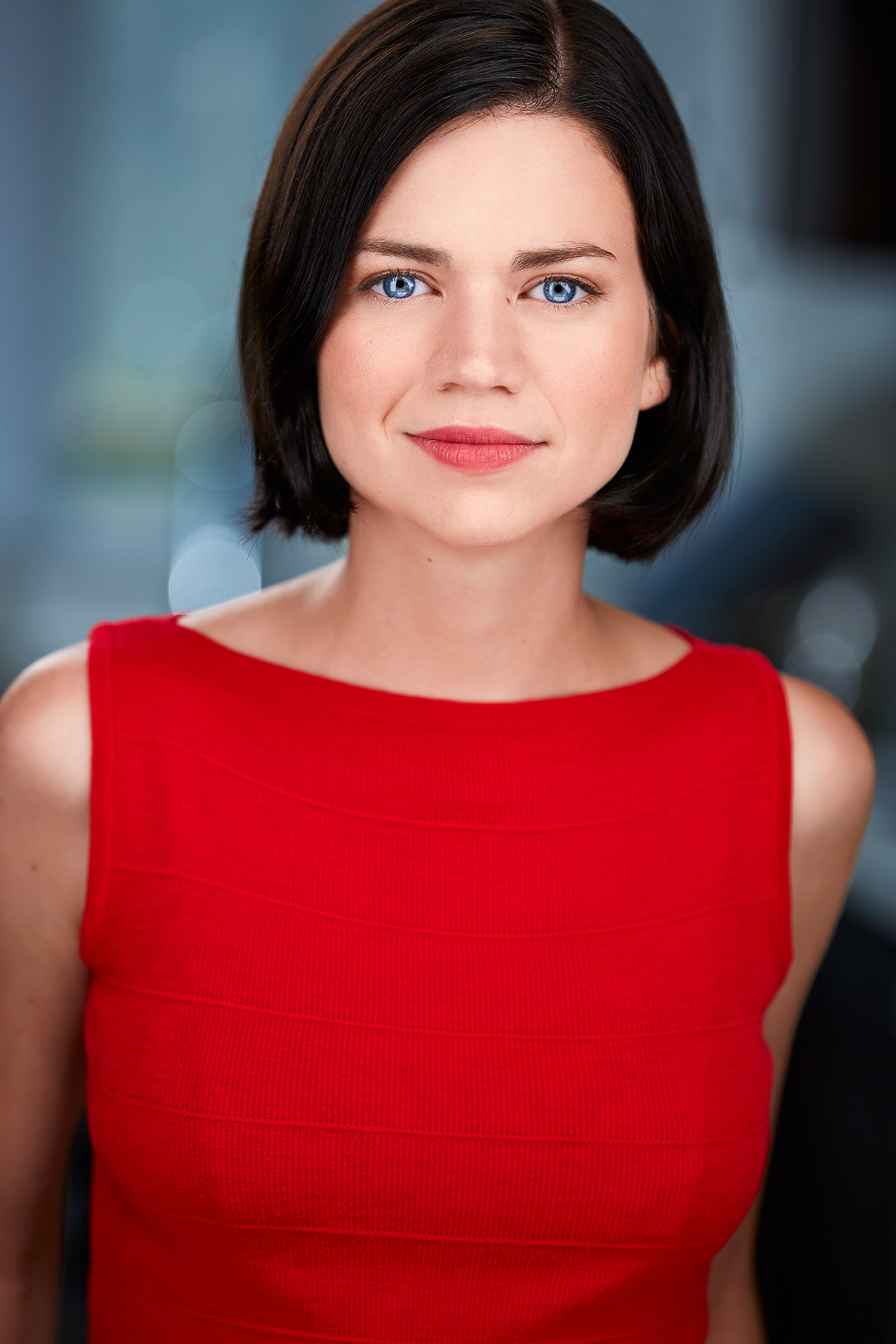 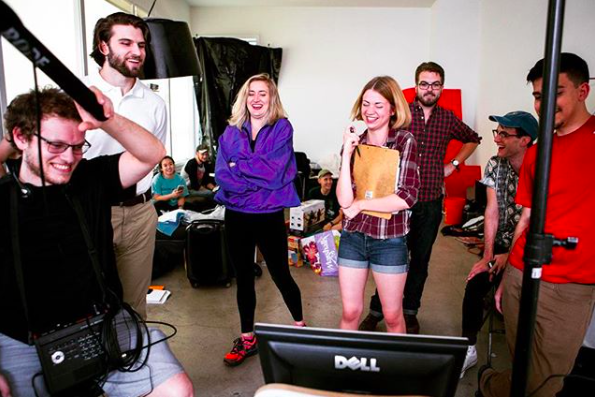 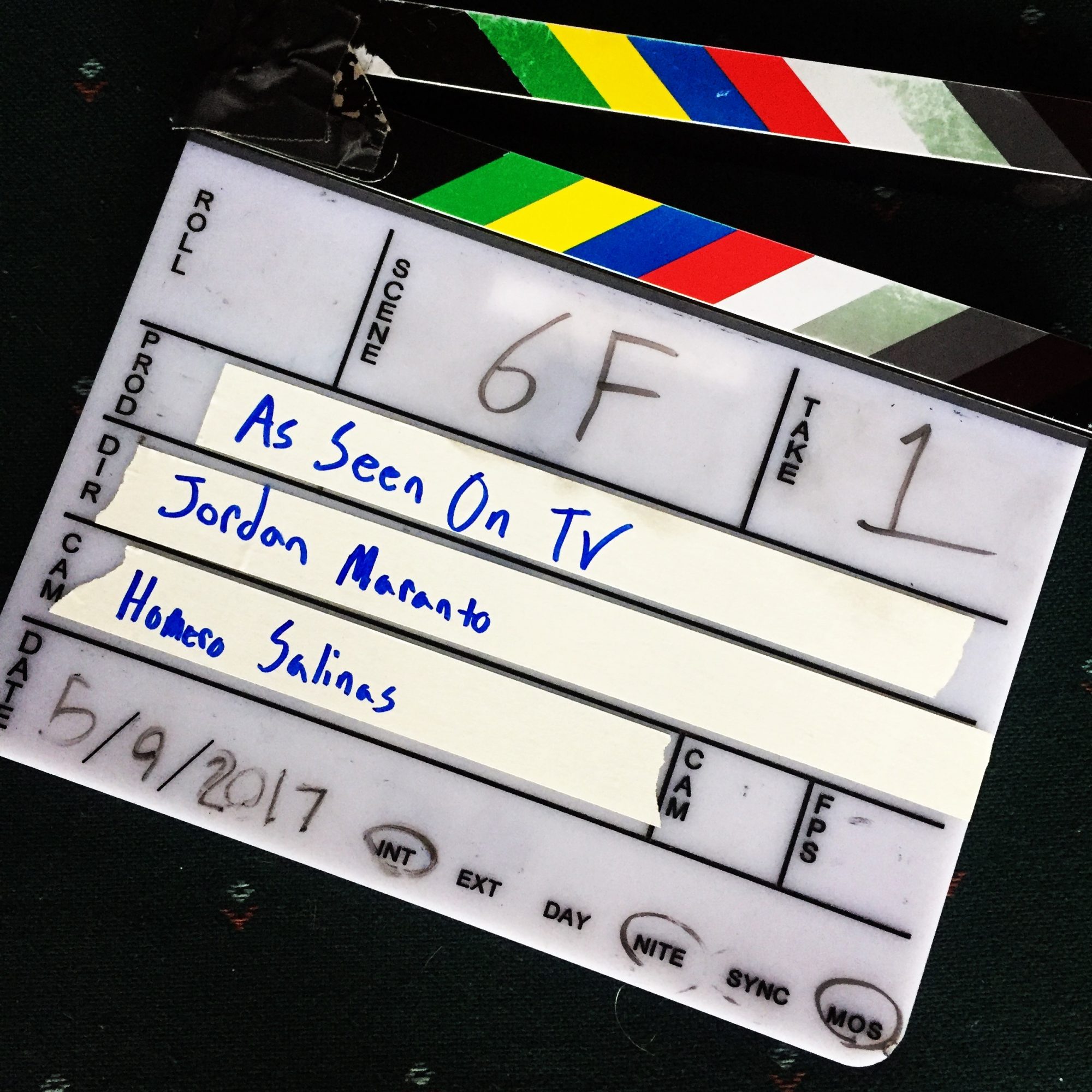 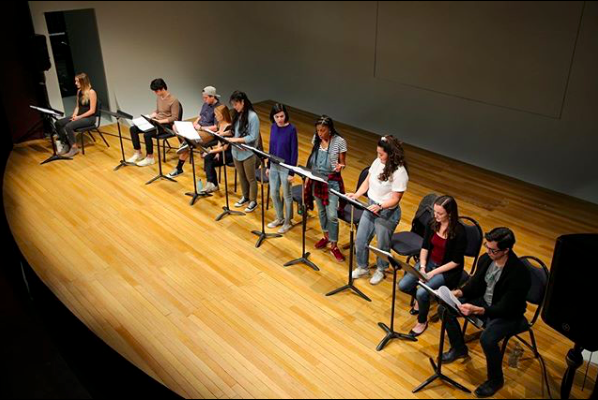 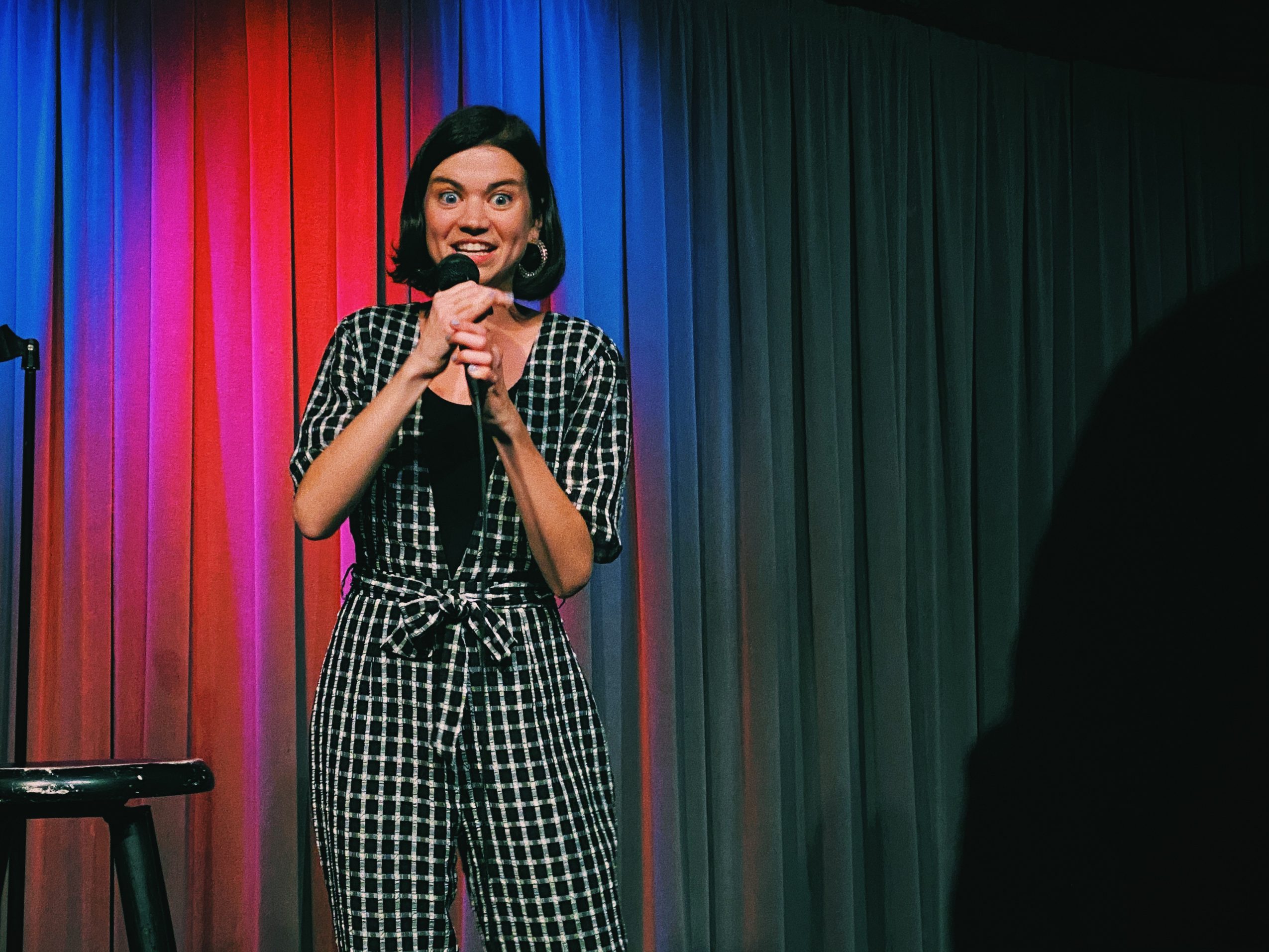 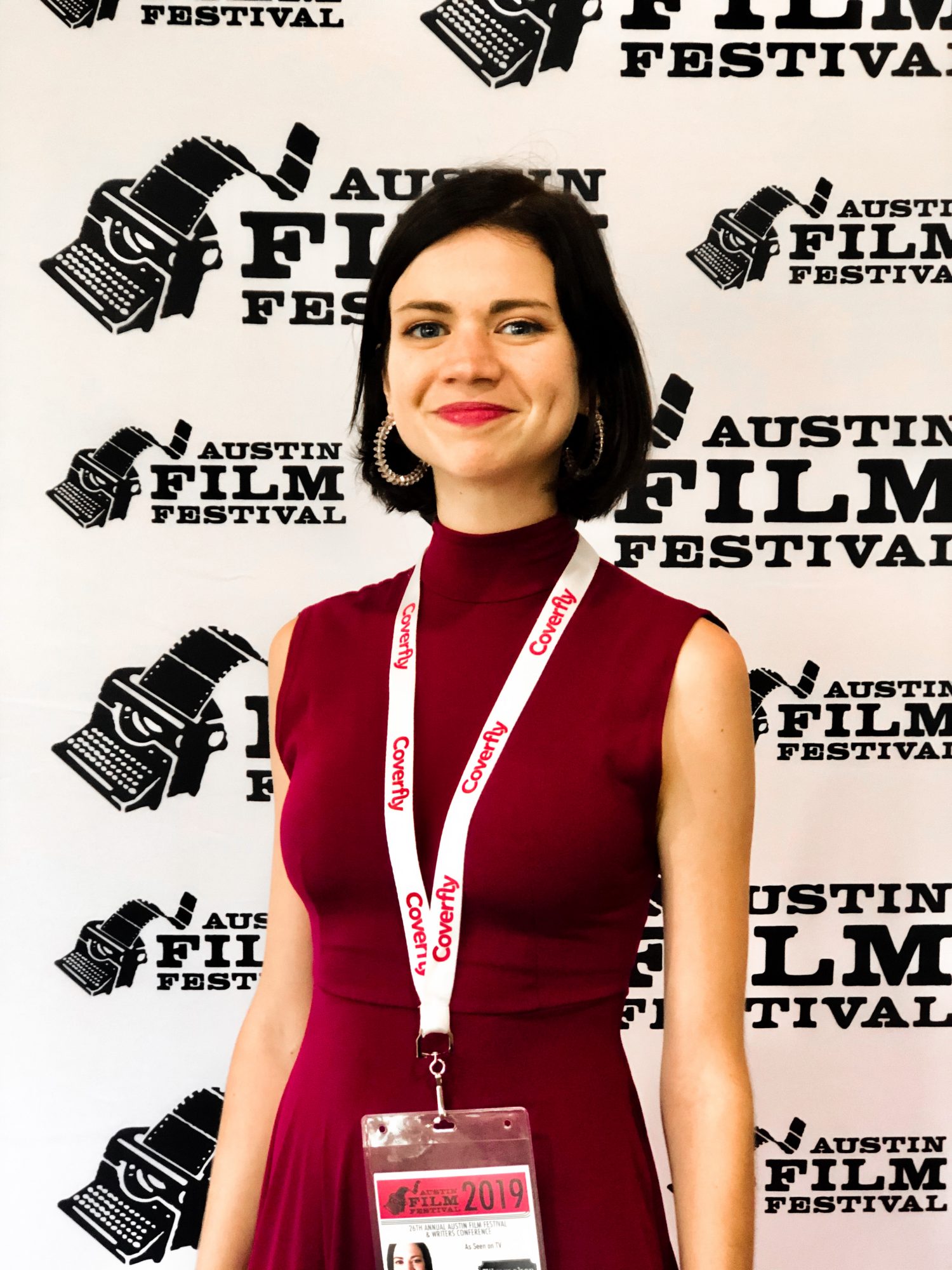 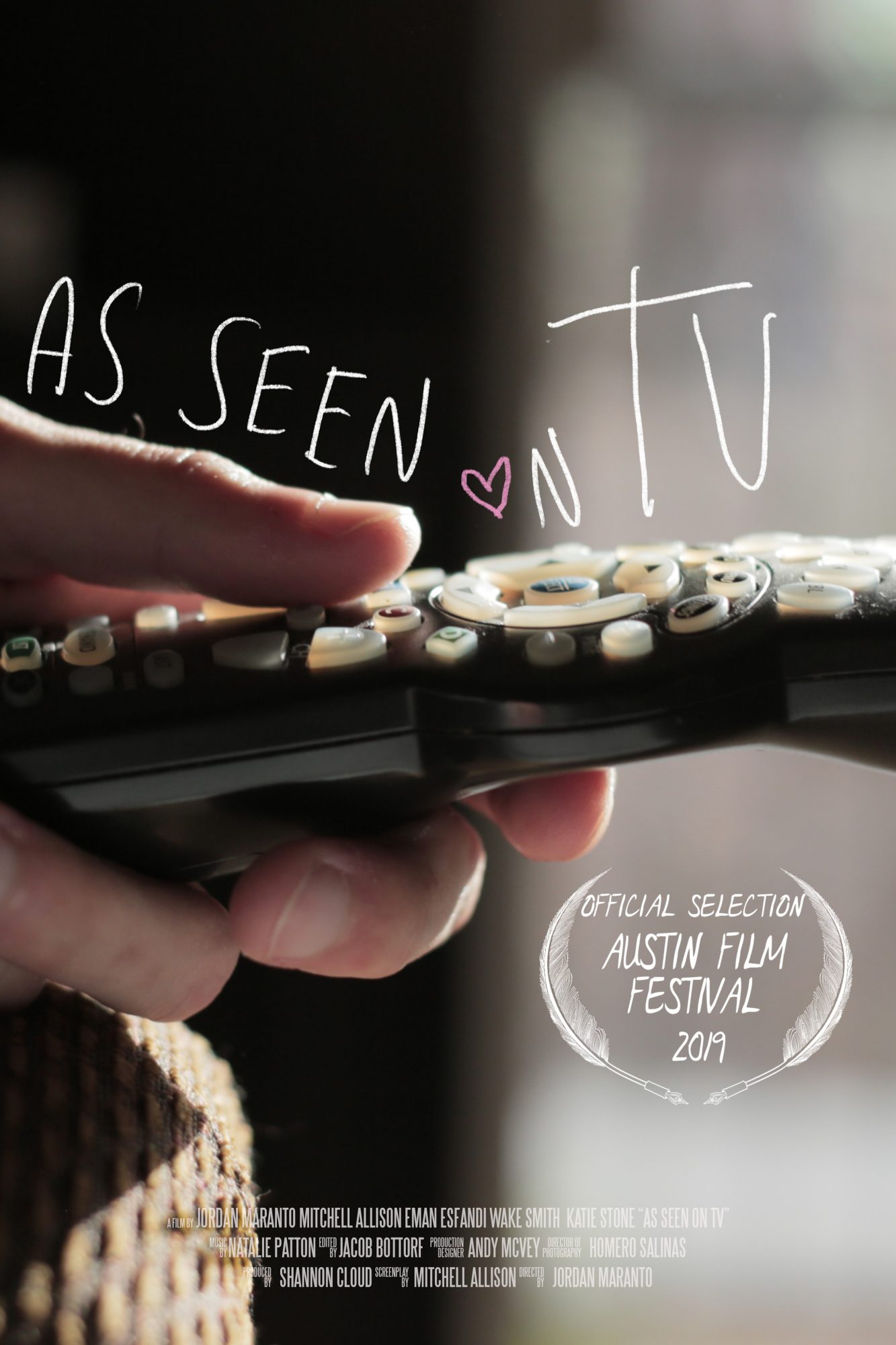 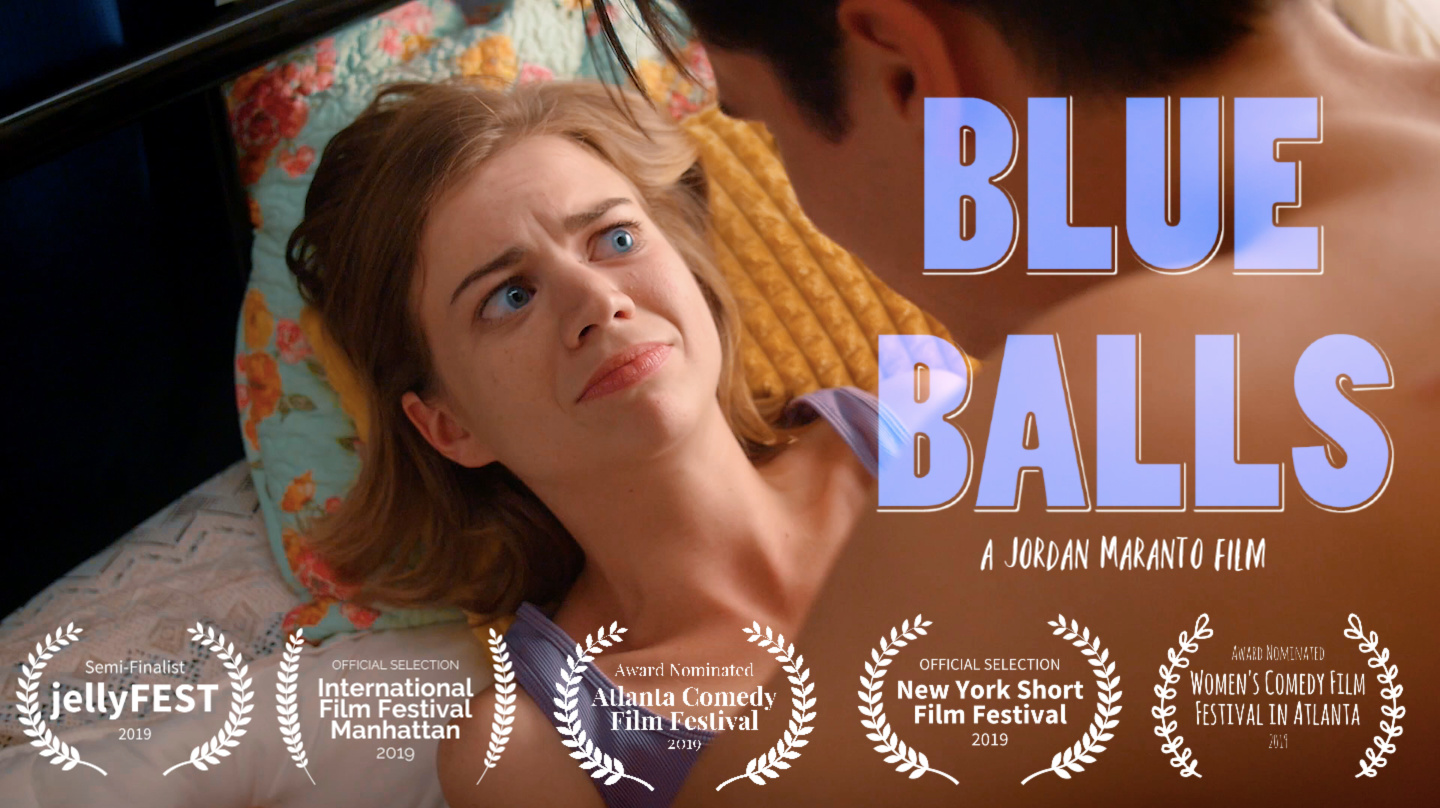