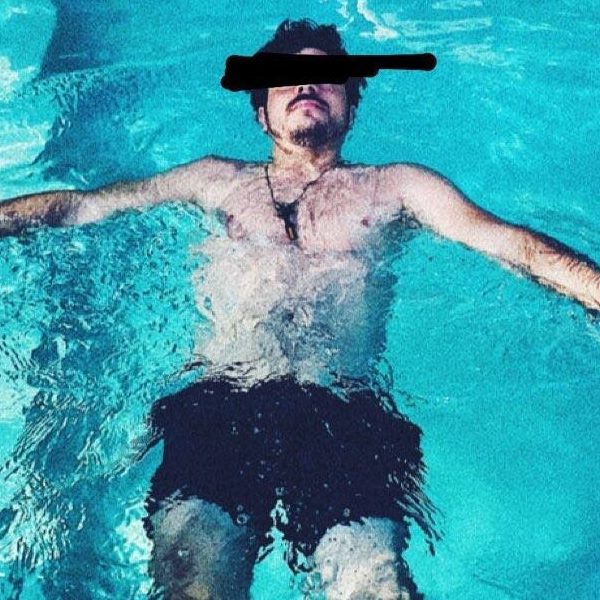 Today we’d like to introduce you to Jordan Freda.

So, before we jump into specific questions about the business, why don’t you give us some details about you and your story.
This is a super condensed version of my journey that unfortunately lacks so many interesting details. I started my journey in digital media at a fairly young age.

As a 16-year-old, I was playing with cameras and analog/digital editing programs teaching myself and pursuing my passion for directing. It started with skate videos for the local kids in the San Francisco skateboarding scene, and evolved into making stuff for friends bands, and then that turned into shooting and directing street-style music videos and tour videos for upcoming hip-hop artists (some of these acts I worked with became famous while/around the same time I was working with them- examples: Tyga, Gym Class Heroes, The Pack (Lil’ B), LMFAO, Katy Perry, etc), and throughout that process I was working to evolve my craft into something more commercial.

Truth is, I used to search Craigslist for whatever startup or wanna-be company was looking for dirt cheap creative/media and video services. Whoever was down to give me a shot and a couple bucks, I’d put my brain to work, and I guess that is really where my path as a Creative Director began to take shape. I just loved making stuff in digital form- whatever it was. While that was going on, I realized that my projects lacked one major element, visual effects/special effects, so I began teaching myself After Effects with online tutorials (they were nowhere near as accessible as they are now, so the information was limited, so most was self-taught through experimentation).

At 17 I enrolled in college for a BS (truly bullshit) degree in Visual Effects and Animation and within my second month there, I was recruited as an intern for a prominent visual effects company in Southern California. An award-winning artist working there saw some of my music video work on YouTube and offered to take me under his wing. The school I was overpaying for my degree wouldn’t let me go as I was new to the program, and they required you to be enrolled for a year before pursuing offsite internships, so I immediately dropped out, packed my bags, and began my journey as an intern in the visual effects industry.

To make a super long story short, while working there on Hollywood blockbusters and immersing and digesting every tidbit of knowledge I could, I found myself to be a bit more social than most of the artists and ended up mingling with the producers instead. After working there for two years, I quit starting my own visual effects company in San Francisco. Within the first year, we went from 4 employees to 65, and I was hitting up movie studios, other VFX companies, and advertising agencies bringing in both visual effects and commercial production work. We worked on titles like Harry Potter, The Green Hornet, Captain America, THOR, and Smurfs.

All the while, my heart was still set on building original creative material for brands, because marketing and advertising has always been my primary interest and as luck would have it, being located in San Francisco during a time when startups were popping up left and right, brands discovered my business and began asking if we could work on branding and marketing projects. As a result, we built a small creative ad/marketing team within that company, and my shift from visual effects back to creative took shape. During our 4th year of business, my business partner and I had a bit of a falling out, and I ultimately exited and moved to Los Angeles the very next day. My goal in LA: build a creative advertising empire with a specific focus on helping emerging brands.

It was 6 months into my LA journey and the planning of what would become Giant Propeller, that the largest client from my previous company, Mike Bodkin of StereoD, approached me. Mike hit me up on Linked-in and asked to get lunch. We barely knew each other outside of our previous business interactions and him kicking my ass to deliver shots for his movies. Mike said something like “I’ve been paying attention to what you are doing and the projects and campaigns you’re making for startup companies. I’m also interested in shifting my career to working with startups and businesses in digital media. I feel like if we joined forces we could make great partners.” I should probably mention that Mike at this time was a super successful film executive who was making way more money than I had to offer him.

He was also being recruited by large multinationals like Google, and potentially jumping ship to work with me was undoubtedly super risky. I remember telling Mike “I’m flattered you see the value in what I’m looking to build, but if I told you how much money I could currently pay you, you’d laugh. I’m doing this all grassroots”. He nonchalantly said, “how much”. At that point I replied with “3k per month”, Mike said, “I’ll think about it”. The meeting wrapped and I was certain I would never see him again thanks to my insulting offer. But fate did what it does, and he called 48 hours later and said: “I’m looking forward to my first $3,000 check and becoming the Co-Founder of Giant Propeller”.

And just like that, Giant Propeller, “The Disruptive Agency” was born, together, grass-roots, from the gross carpet floor of my unfurnished Venice Beach studio apartment. We pooled our resources and started hitting up past clients, cold called hundreds of businesses, and project by project, we added team members and grew.

By our second year, Giant Propeller was a multi-million dollar company and a name being passed around town as disruptors in the advertising space. Mike and I make magic happen, and together we’ve constructed an incredible crew filled with rebellious Creative Directors, Copywriters, Content Creators, Designers, Social Media and Email Marketing Managers, Developers, and Media buyers. We get our hands dirty and make disruptive campaigns happen.

Overall, has it been relatively smooth? If not, what were some of the struggles along the way?
From a business standpoint, we haven’t had any huge hiccups. I”m not saying our jobs or continuously scaling our agency is easy, far from it, but fortunately we’ve been able to amass both clients and talented employees that understand the value and vision of what Giant Propeller is about, and as a result, we’ve been able to conquer a ton, quickly.

I think one of the main struggles any creative shop/agency faces, including our own, is that in the digital era from an emerging brand/medium size businesses point of view, there’s this notion that anyone with an iPhone and a laptop can build a digital advertising campaign… So, therefore, why would they care to pay an agency? And I think on the surface, they have a point.

In this day in age, it isn’t impossible to shoot something that looks cool and stands a shot at being effective, for cheap. It has been done, can be done, and for some businesses that level of content and media planning/buying works and is all they need. However, the need for an agency and dedicated team of experts like ours typically arises when a brand decides they need to scale their business and sales beyond a certain point, and they need a robust dedicated team and don’t have, or want to manage those resources in-house.

Also, the truth for most brands is that eventually and often quickly, they hit a ceiling of what they can actually accomplish in-house from both a technical and financial return perspective, and that’s when they need an agency. In the world of digital marketing, there are countless strategies, advertising channels & platforms, and a never-ending insatiable need for new content. To actually do it all properly and drive results takes a team.

We focus on handling all elements of a brand’s digital marketing and advertising efforts, from strategy and conceptualization of a campaign focused on brand or specific product, or business need, to the production of all of it’s content (video, photography, design, web/app development, etc), to managing and optimizing all ad-platforms and ]channels for a maximum ROI.

So in terms of struggle, I suppose initially the main challenge for us was finding clients who understood that real campaigns commanding real results require more than just a dude in their office with a smartphone and Macbook. However, each time we find a client like that who understands and is on the same page, they immediately felt the benefit and quality of what we’re doing- and saw the associated growth.

GIANT PROPELLER – what should we know? What do you guys do best? What sets you apart from the competition?
Giant Propeller prides itself on being a disruptive full-service digital agency. WE DON’T DO BORING. Everyone at our company believes in strategically and creatively pushing the boundaries of what’s “normal”, and lives to drive engagement and generate results that grow our client’s businesses.

We’re known for being the place people go to when they want something out of the box, something a bit rebellious- or when they have a project that requires unconventional solutions and needs a team of doers and creators to figure it out. A few examples are the infamous “Lil Dicky Pillow Talking” Short Film/Music Video (currently at over 28M views on YouTube and part of viral video history), our Timex “Time To Be Amazed” campaign featuring commercials and photography with monsters, aliens, and alternate dimensions designed to attract millennial customers.

Our luggage launch campaign for Sprayground packed with influencers in tripped-out visual situations like walking on the side of a plane wing as the plane is flying, and Hong Kong collapsing in some sorta psychedelic trip, and our work on the VR/mixed-reality project “Free The Night” that was created for Microsoft/Jaunt Studios in the Unity game engine. Giant Propeller’s services mainly focus on digital marketing campaigns, but we attract clients with all kinds of ideas and requests. We never limit ourselves. Make cool shit, and accept new challenges. That’s what we do.

What is “success” or “successful” for you?
Success for us a business or success for me personally? Both mixed together below:
For me, success is my ability to do what I love, what I’m good at. The ability to constantly geek out about and get wrapped up in what I’m doing. The ability to share that feeling and enable our employees to feel the same way, helping them excel in their passions in the field. Seeing our client’s get excited, hearing from them that what we did worked. And obviously getting paid to do it- but my main true focus has and will always be the work itself. 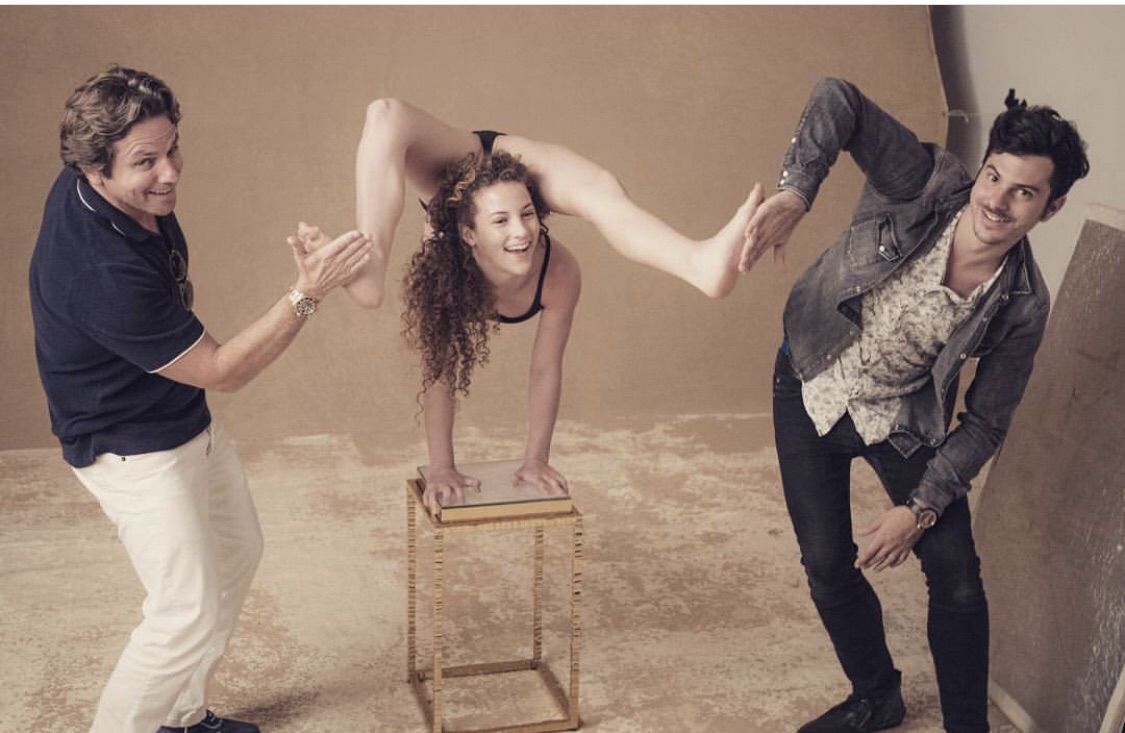 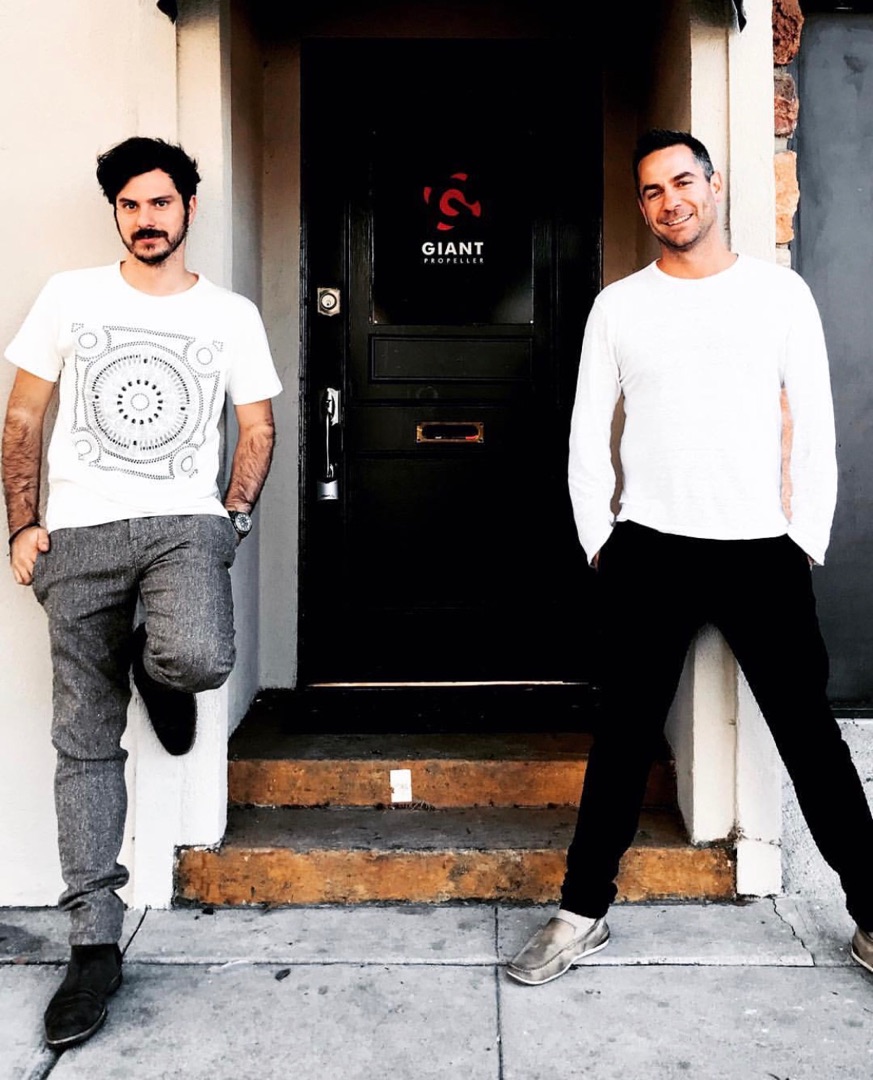 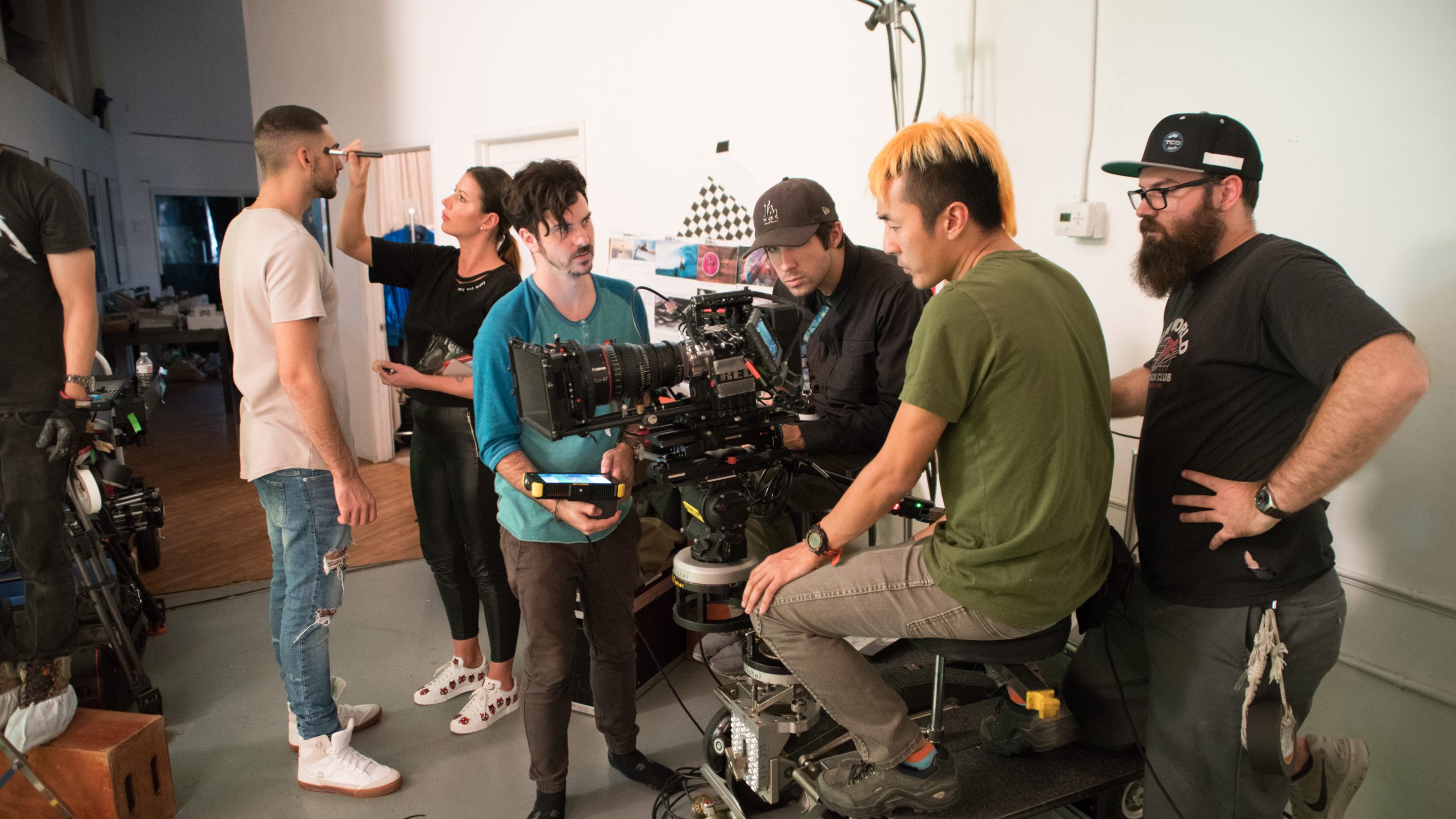 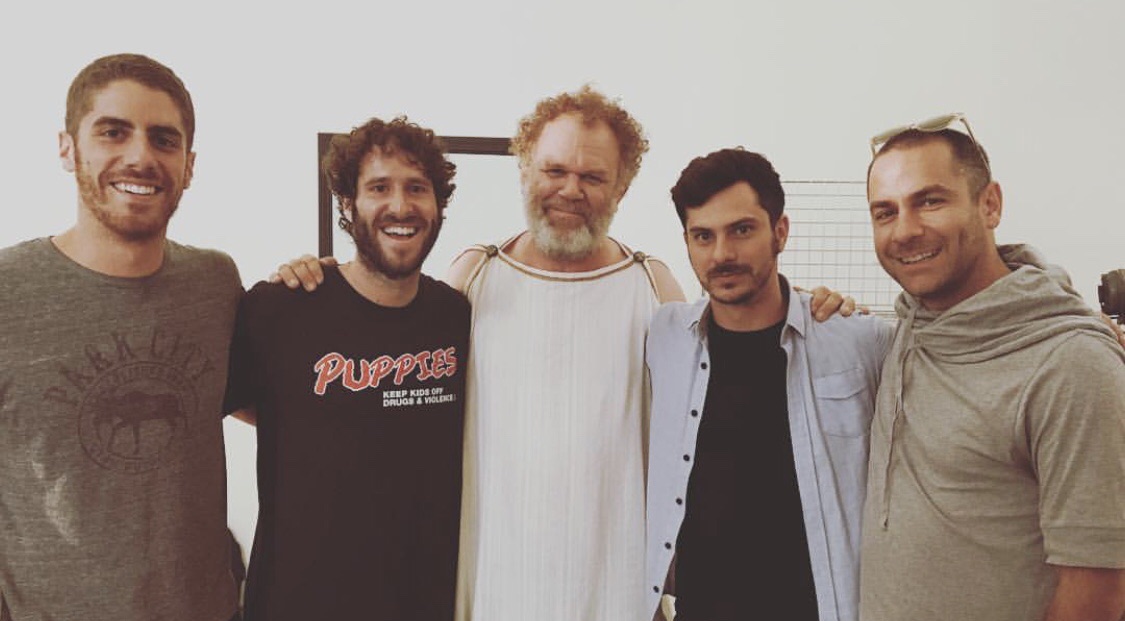 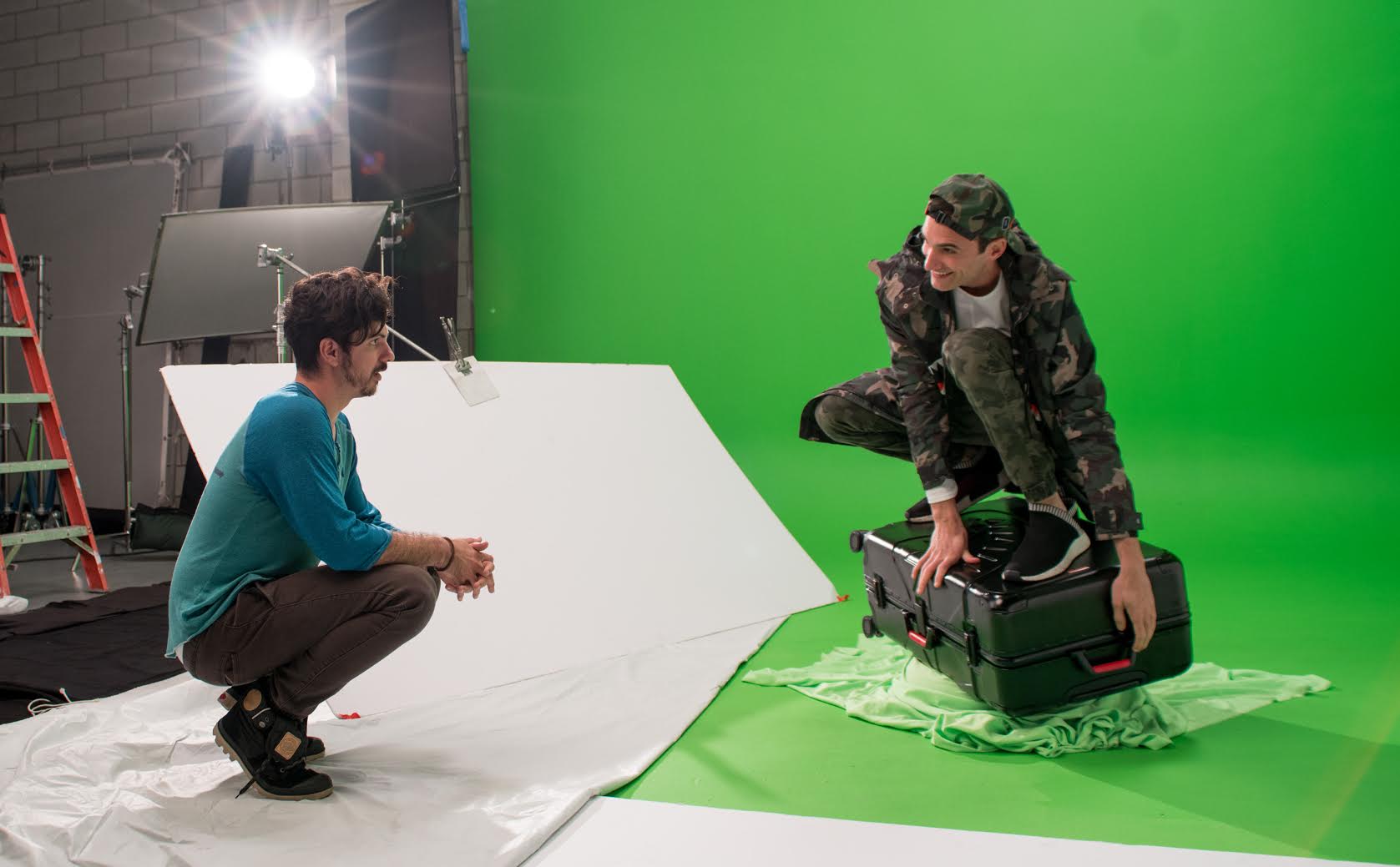 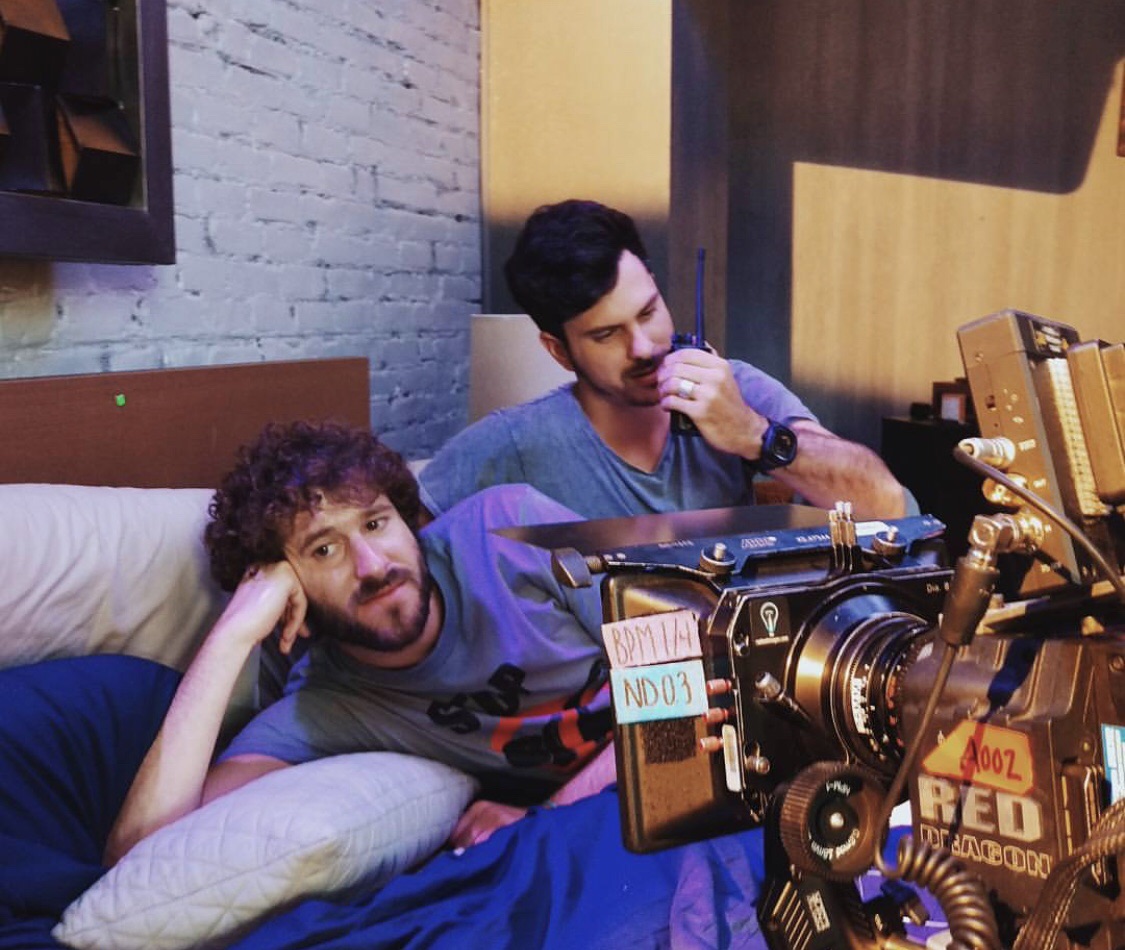 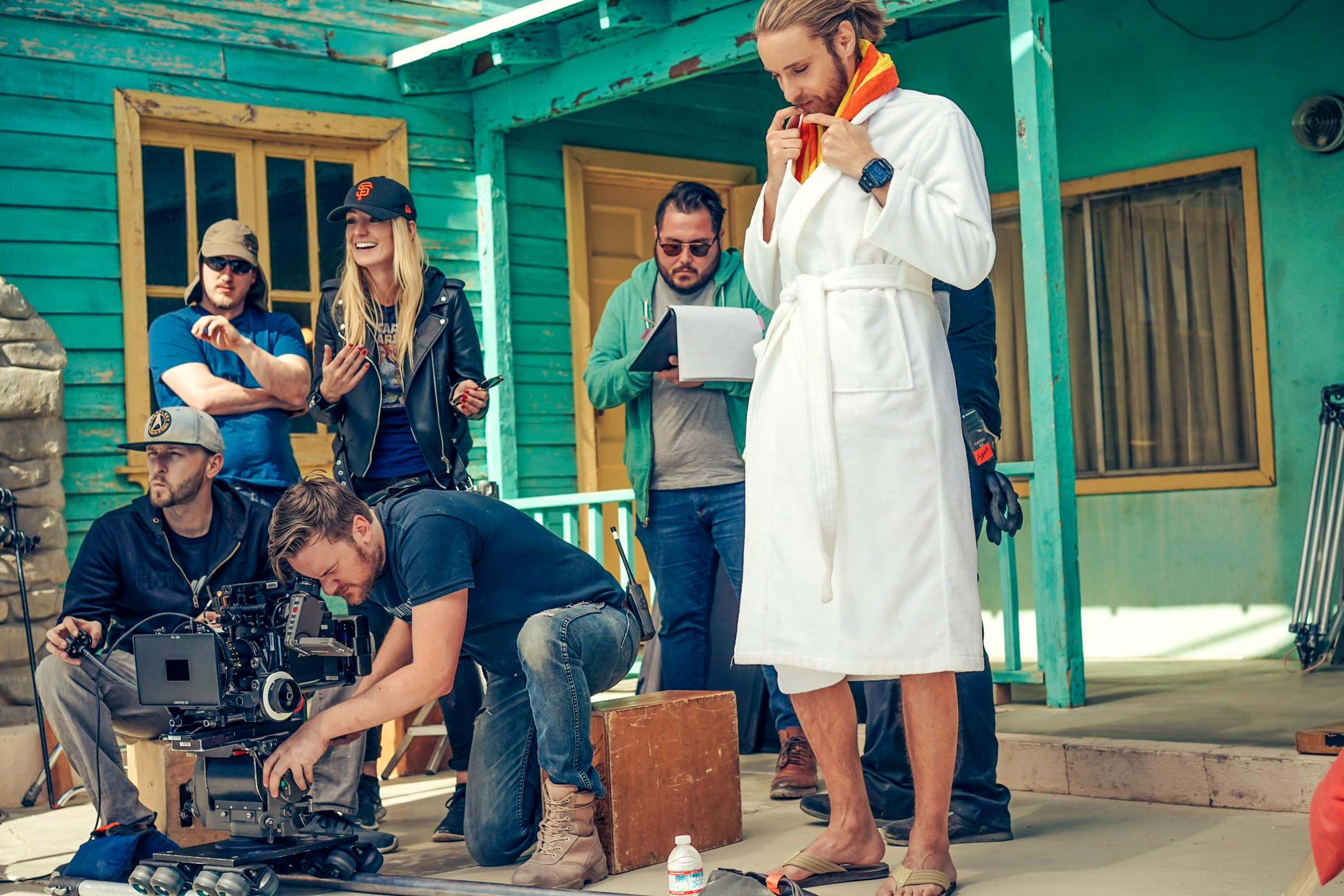