Meet Jonmar of AR.Gallery in Hermosa Beach and Santa Monica 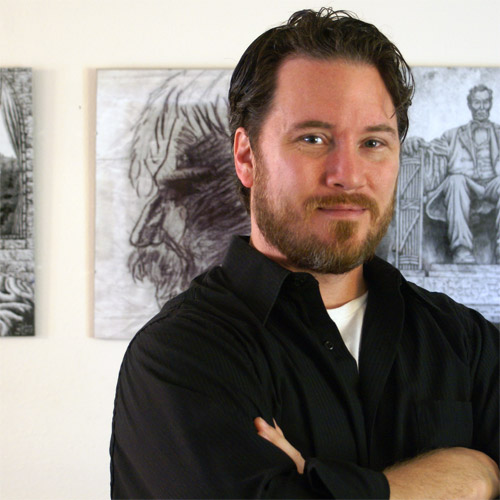 Jonmar, please share your story with us. How did you get to where you are today?
I grew up with two passions — art and technology. But never did the two meet. They were ships passing in the night, and my heart fought to hold on to both of them.

Decades passed with seasons of frenzied focus on one or the other. I wrote and recorded alternative music albums or short novels. Then I crafted websites and scripted blocks of useful code.

Then, I illustrated comics or filmed short videos. Then, I coded highly animated information panels. Back and forth from the creative to the logical, pursuing both the way Chinese dragons chase flaming pearls (which is what they do, by the way.)

And then … the iPhone. I held in my hand a window to the world — 640 x 480 pixels of pure bliss. I knew I had to be part of this, and my heart was all in before I finished the thought.

So I spent, literally, and without exaggeration, two years learning how to code on the iPhone. I had a full-time job, but spent all night, every night, and all weekend, every weekend, coding. We’re talking forty to sixty hours a week at my laptop, every week, for too long, I mean really long, we’re talking deplorably and excruciatingly long years.

But by the end of it, I’d created multiple apps that went #1 globally. They were free apps, so I didn’t get rich or anything. Well, actually I kind of did. My heart became rich in the warm glow of a new reality — that art and technology had, at last, become the same pursuit.

I continued to throw myself at development and design until my flailing became mastery, and my mastery became expertise. I put in the hard hours to bring magic to life — magic for me, anyway. And then a new door opened that seemed to be the one I’d always been waiting for — Augmented Reality.

I’ve been focused the past few years on my own take on the subject — Augmented Reality Art. It’s a singularity of all my passions and interests. It’s where the arts, via technology, come to life and reach right into our homes, filling us with child-like wonder. Art, and music, and music videos, and animation, and storytelling, and intense code, all become a single mind-blowing experience.

I’ve created an app called AR.Gallery. It goes with a website I’ve created called www.ar.gallery. This is the world’s first truly dedicated Augmented Reality Art Store. It goes live on January 19th, 2019. I’m wrapping up some last minute details and importing the art now. But the app is already in the App Store, and the debut gallery is set at a place called Resin, in Hermosa Beach, on January 19th.

I am beyond excited. It’s like the crosshairs of life have clicked and locked into a heading that feels like destiny. And sure, that’s pretty flowery speech, but it’s how it feels. To have spent decades in pursuit of these various expressions of humanity, and to have them settle into a single reality, and exactly now, the only time it could in human history, to be alive here and a part of it all … destiny.

Overall, has it been relatively smooth? If not, what were some of the struggles along the way?
Learning technology is always the biggest struggle. This stuff is so heavy it makes my lips go numb and my mind settle into a chilling fog. It’s a never-ending uphill battle to bring art to life through technology. And then there’s life too. Life itself is a challenge all its own and trying to do this stuff while living a normal life becomes a whole new level of not-smooth-sailing.

Alright – so let’s talk business. Tell us about AR.Gallery – what should we know?
Above all, I’m a storyteller. So my company, AR.Gallery is focused on exactly that, at the nexus of art and tech. I narrate super short stories as I paint the scenes, one scene painted on top of the last, so that you see the hidden layers of the painting in augmented reality while you experience the story.

I think the warmth of storytelling in the coolness of code is what I might be known for. That’s coolness as in coldness. I’m not trying to be the Fonz or anything. And AR.Gallery is just now launching, so the social media stuff has only just begun.

Any shoutouts? Who else deserves credit in this story – who has played a meaningful role?
I’ve had a few people who’ve been helpful along the way — career programmers who’d lend a hand when I hit the wall or business owners who had wise counsel at critical junctures. 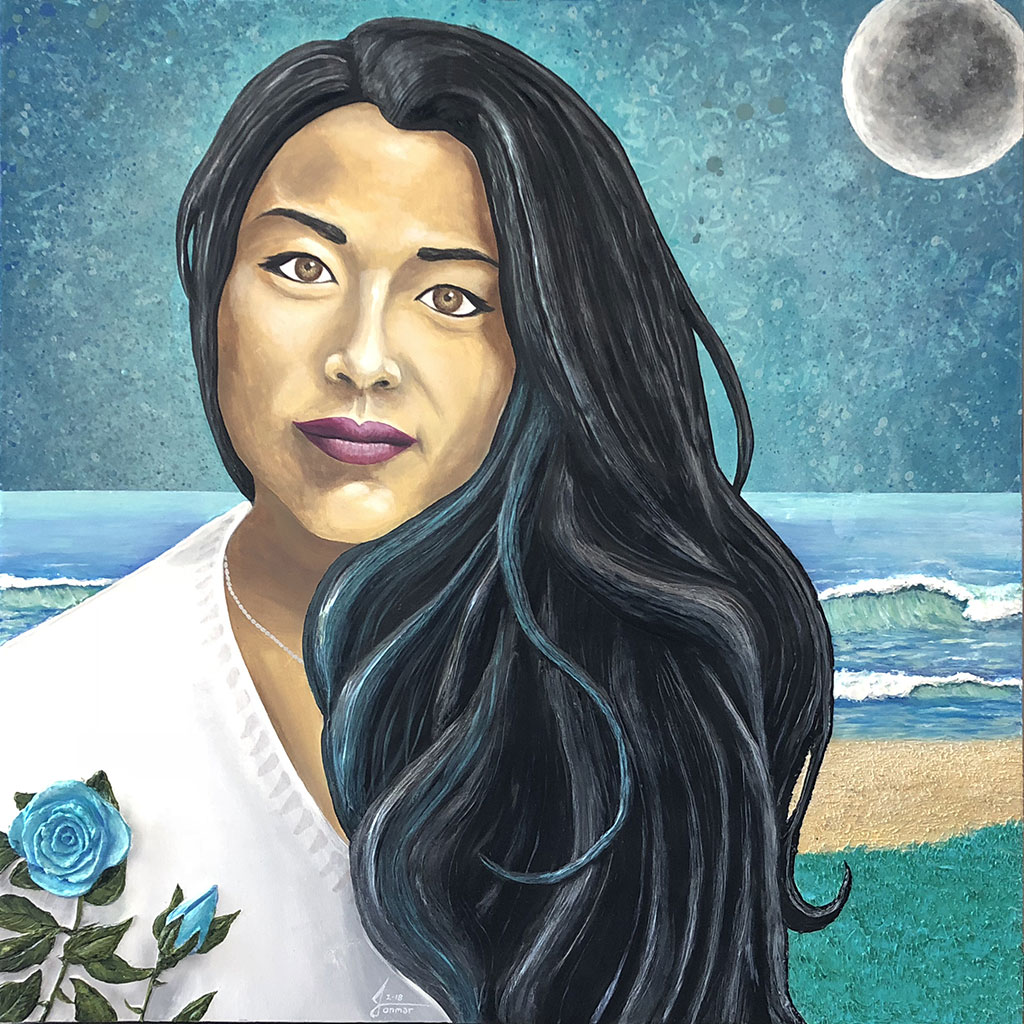 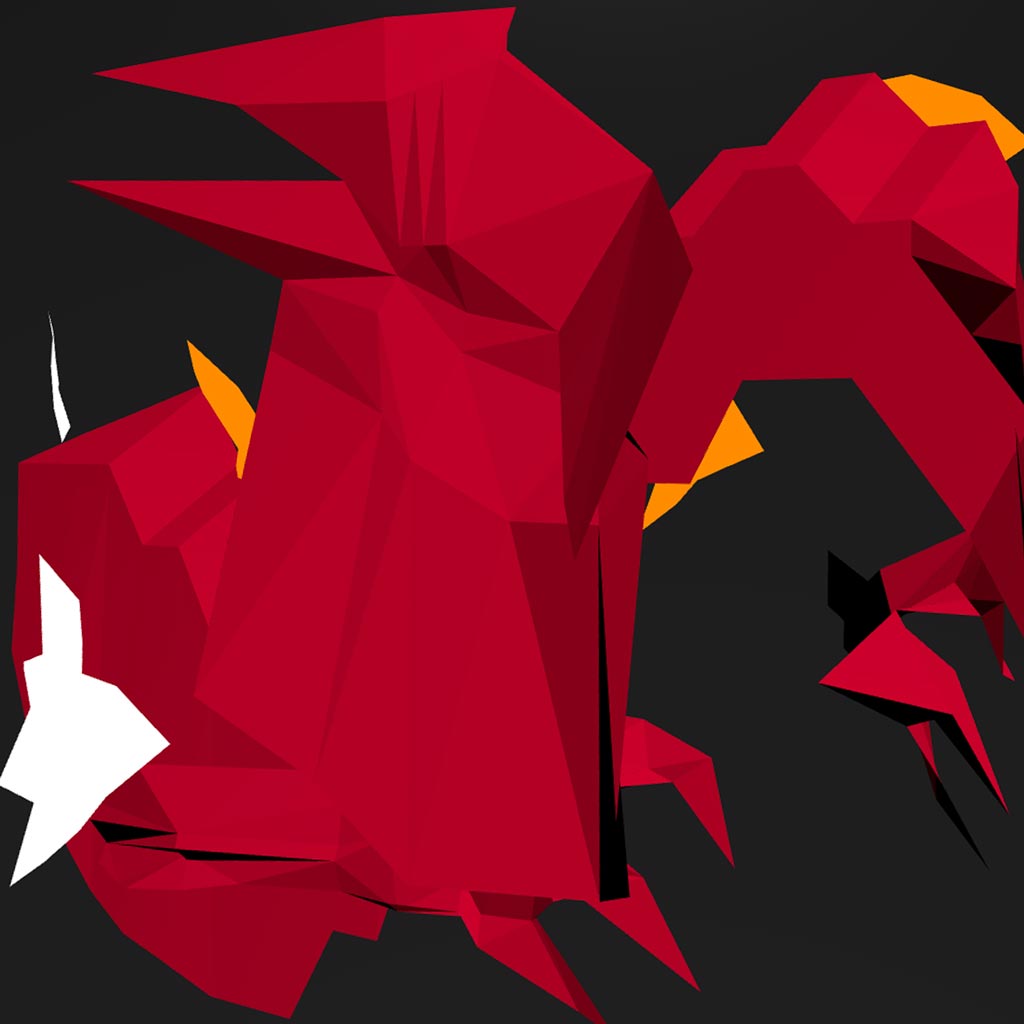 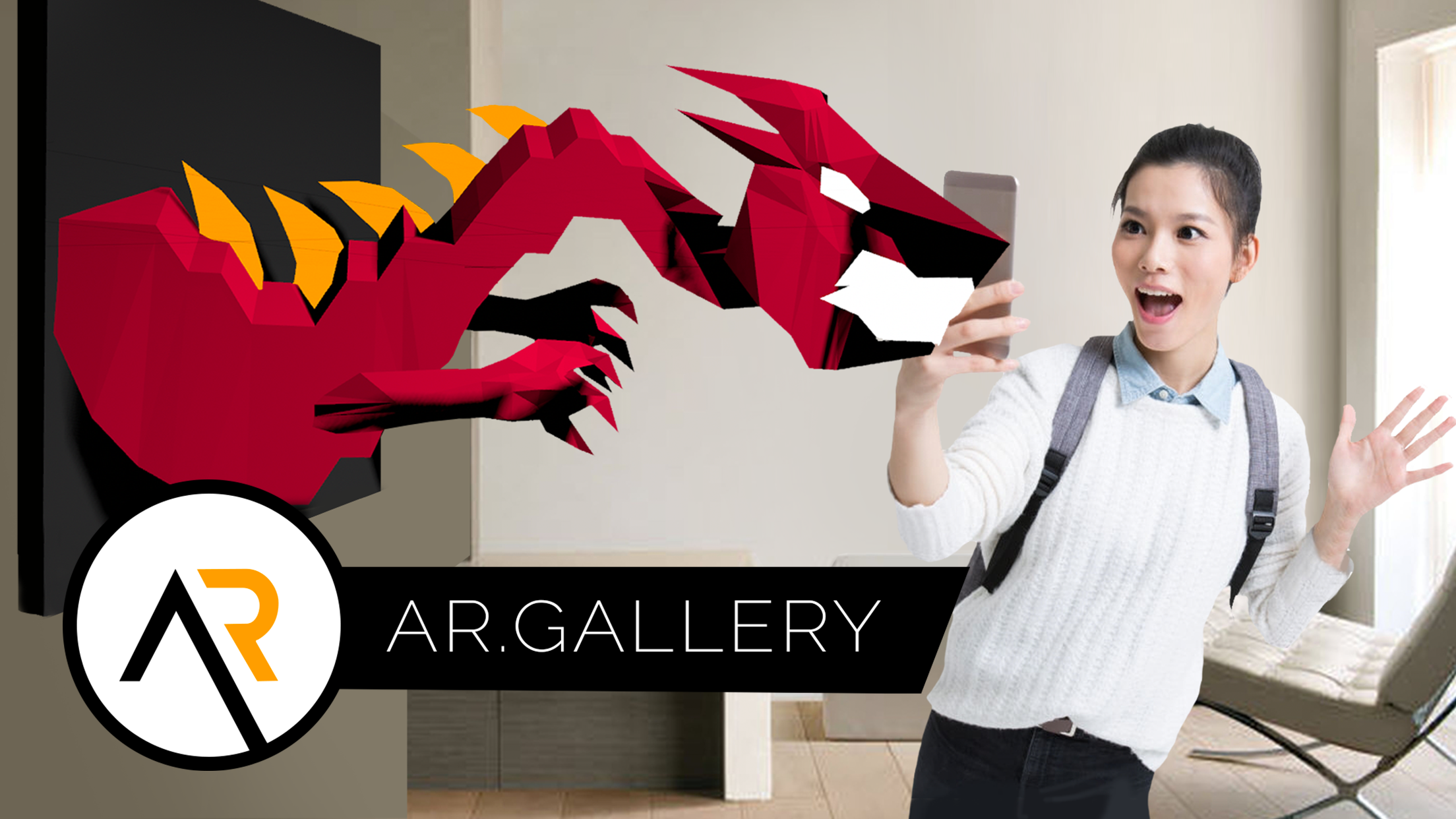 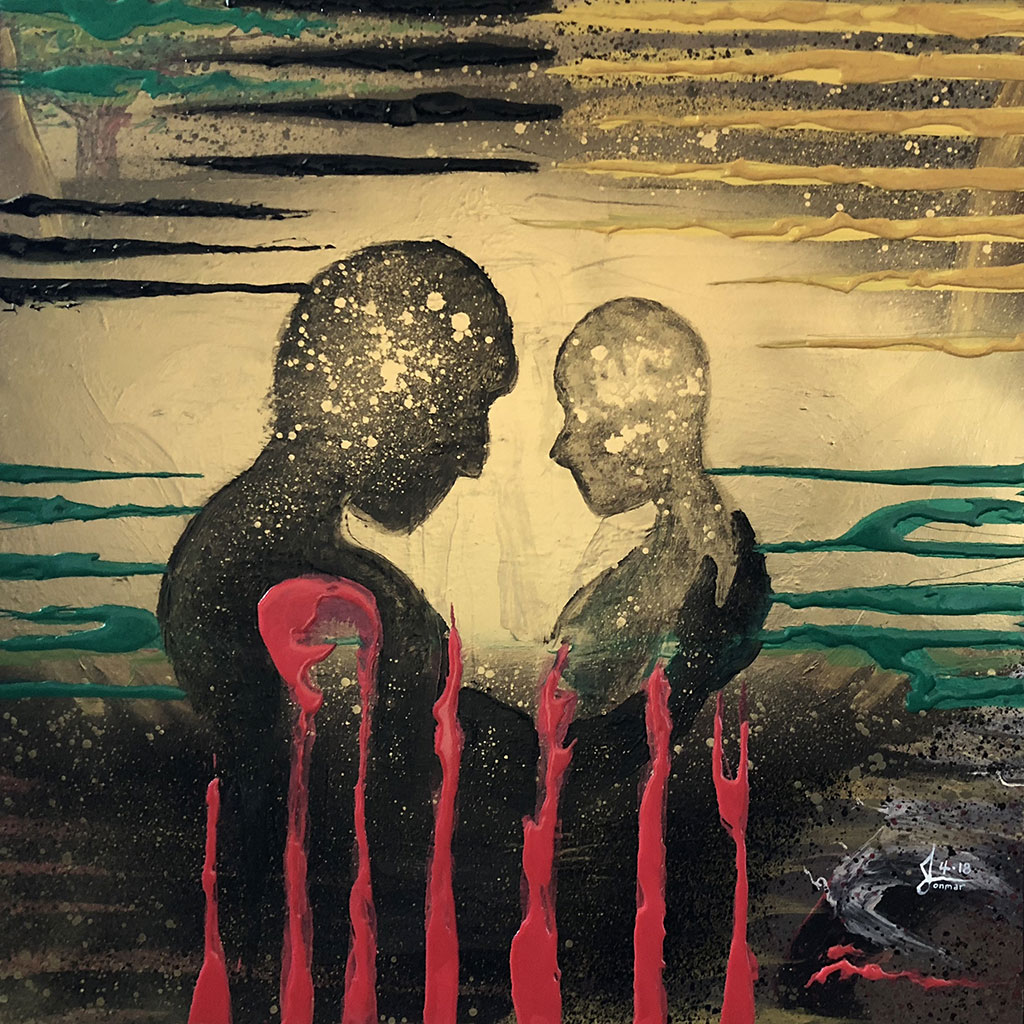 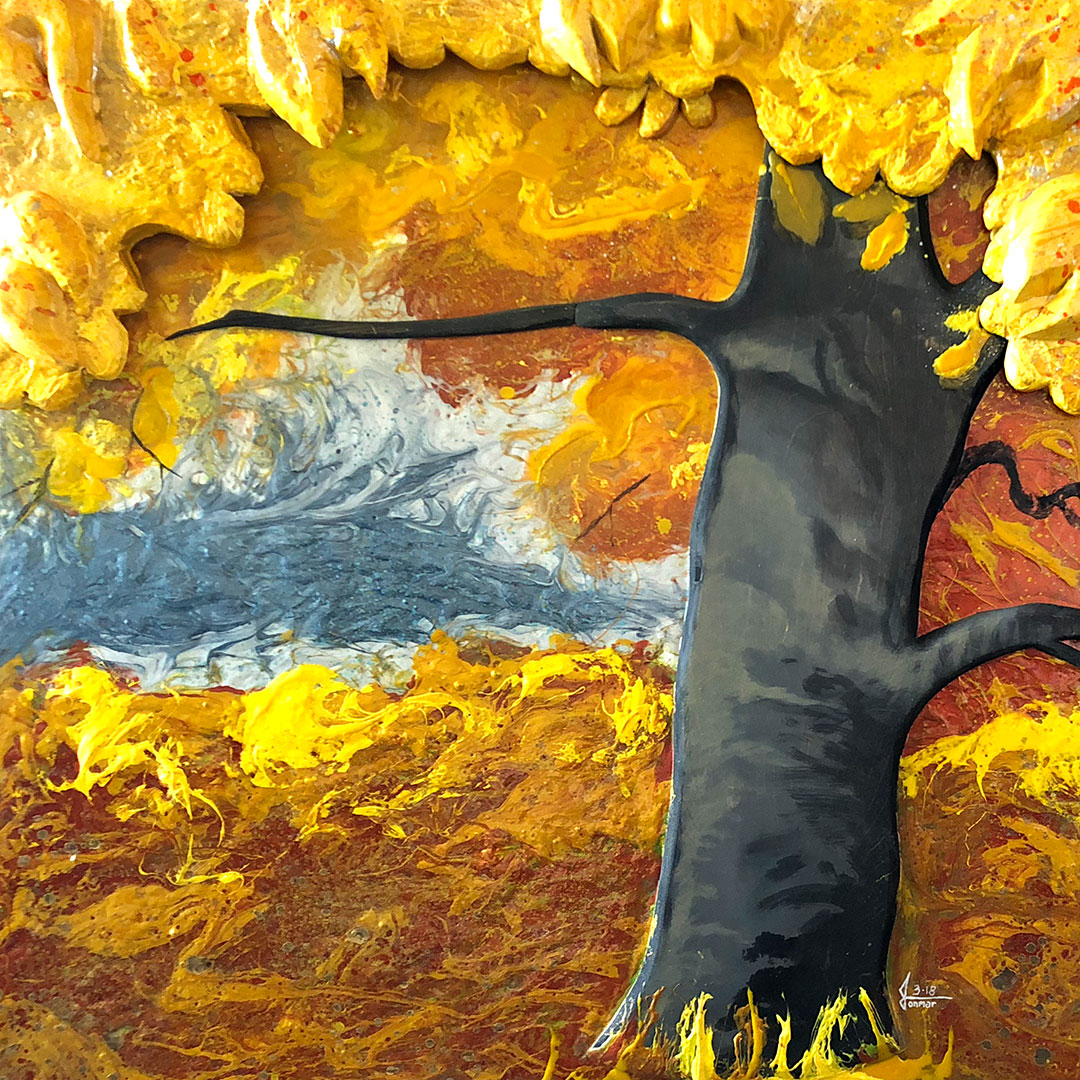 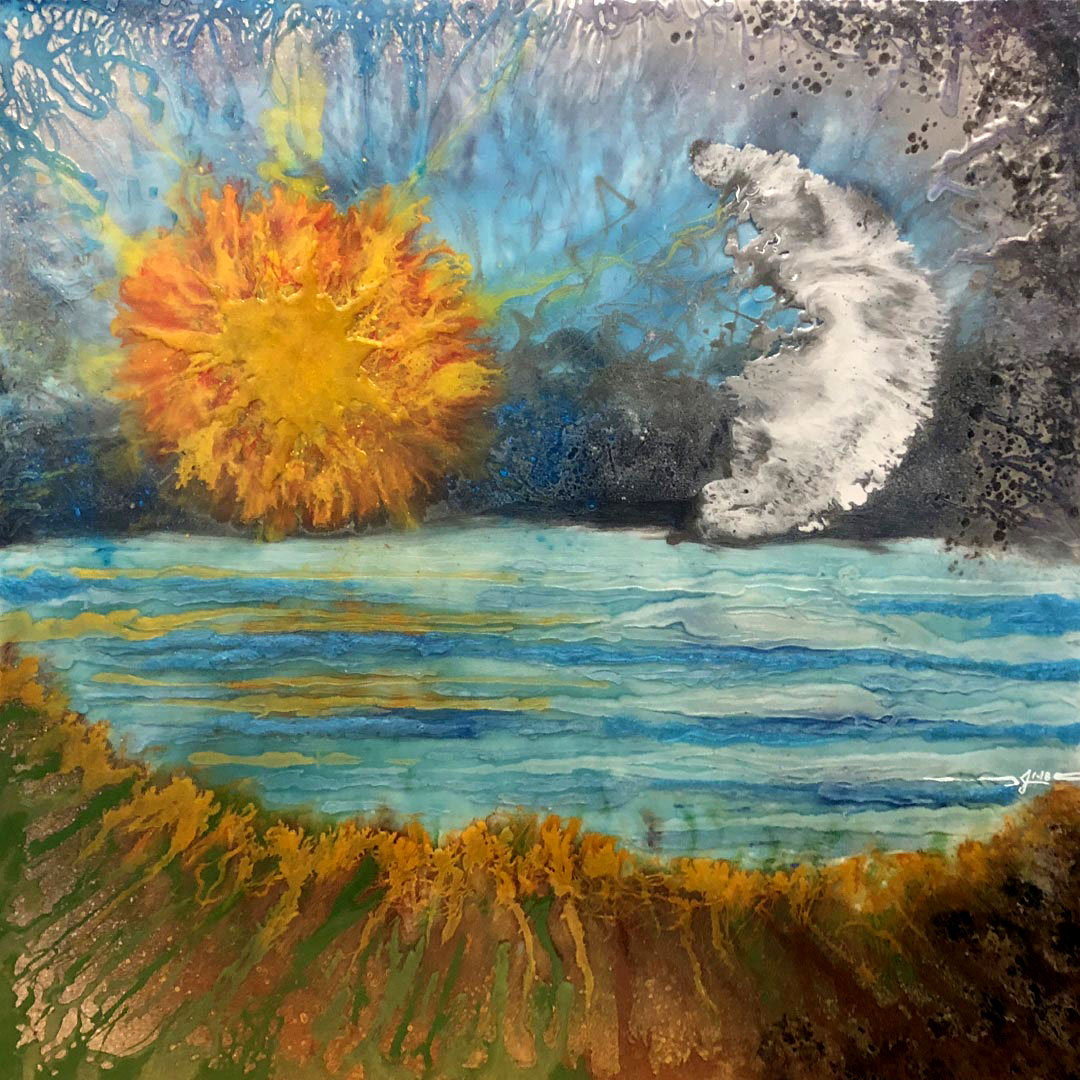