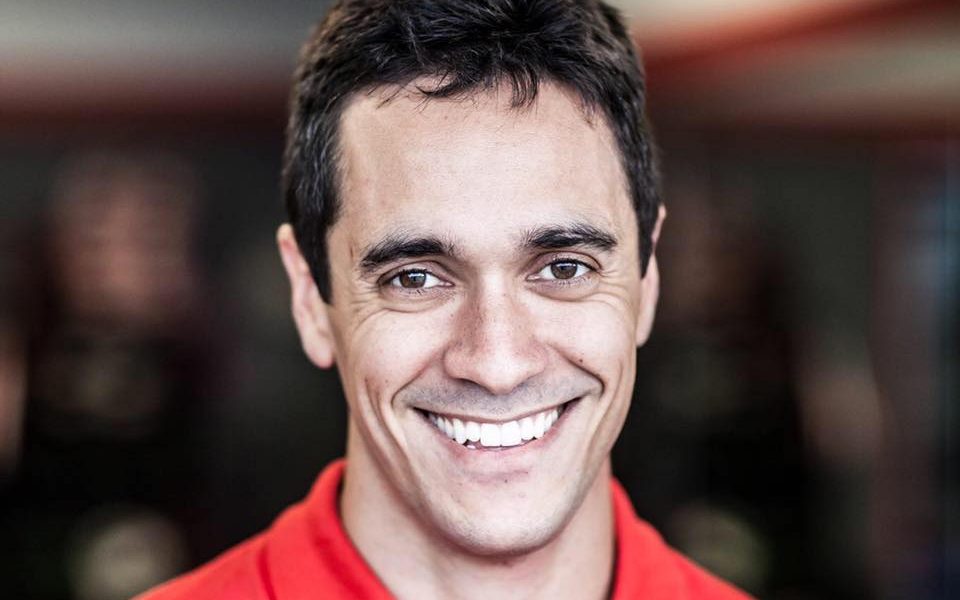 Today we’d like to introduce you to Jonathan Puu.

So, before we jump into specific questions about the business, why don’t you give us some details about you and your story.
I began training martial arts straight out of High School here in Ventura, California. After only 1 year, I found myself in Thailand at 19 years old. I had a moment out there where I knew I wanted to do this for a long time. When I returned, I pursued a Thai trainer, as the martial art of Muay Thai originates in Thailand. It’s the national sport of Thailand, so you’d figure that the best people to learn from would be those who grew up training and fighting.

I found my trainer, Kru (Teacher) Dej “Nokweed” Sri-Ampai, at his new gym, Muay Thai School USA, in North Hollywood. I began carpooling with a training partner of mine to train in North Hollywood. We found ourselves driving down 4-5 times per week to train and decided to move to be closer to focus on training. I would help assist, teach and began personal training at this time when I wasn’t competing. I was able to fight on some of the biggest Muay Thai events that our country had during this time, which was inspiring. I made a few more trips to Thailand while living in North Hollywood before returning home to Ventura, California.

I began teaching & training at local martial arts schools in the area. After doing this for a couple of years with some success in building strong Muay Thai programs, I left teaching to pursue my fight career again. Just one month after making the decision to focus on my training full-time, I was in a car accident on my way to training. I was rear-ended while at a red light, the driver behind me didn’t see traffic stop. I had plans to fight in Mexico City, which had to be put to a halt due to the slight disc herniation and compression from the car accident. I had to focus on rehabilitating my back injury full-time and couldn’t train.

At this time, I had a friend who was willing to help me teach while I was injured who would go on to assist me while I was injured. I began seeking out a place to sublease, and found a small fitness studio to start. We would teach at 5:30am and 8:00pm during the off hours of the fitness studio. There was no real time limit to training then, we’d just train until we wanted to go home or had to go to work. I began marketing my program online through domain names that I’d bought 5 years prior.

Things began to grow and I eventually started looking for a place to lease for a full-time martial arts academy. I almost signed a lease but negotiations fell through, I was pretty bummed. Things tend to get worse before they get better, and that’s exactly what happened. I heard that a boxing gym that had just opened up was looking for someone to sublease. I saw the location when it opened, and was envious of the new place, it was a great location! “There is no way they are looking to get rid of it, they just opened!” I’d thought.

Since the lease negotiation fell through at the other place, I figured I’d go talk to them. Just two days later I was signing a sublease agreement and the rest is history. We’ve gained a huge following here in my hometown and are making waves internationally. We’ve built State, National and International Champions in Muay Thai & Kickboxing since we moved into our location in 2015. Our academy has represented Ventura, California and the United States in Canada, Mexico, Europe, China and Thailand. We’ve had some great people who helped build us to where we are, and we wouldn’t be here without the awesome team that’s built as a result of the academy. We’ve had a few people move from out of state to train for competitions along with our promotion of bringing instructors and students to Thailand for training and competition.

I’ve also began working with WBC (World Boxing Council) Muay Thai as a ring official as well as part of record keeping and promotion of our champions here in North America. This is usually something that is reserved for those who are a bit older in our industry. I’m very fortunate to have met people like Kru Nokweed and my awesome girlfriend, Alisa who helps me manage and run classes at our academy, as well as of my (now) supportive family.

Has it been a smooth road?
I had no credit line or business credit, no car loans, nothing! It was hard to sign a lease once we had to sign it over. Working 2 jobs outside of building Pu’u Muay Thai was a struggle as well. I was working at a commercial retailer and a wine cellar when the academy wasn’t open for business. I’d had 18-20 hour days sometimes but it was all worth it. Not to mention the car accident that prevented me from training for a few months which motivated me to focus on teaching. I’m sure my many grey hairs for my young age can attest to a lot of the hard work, stress and sleep deprivation that it took to build what we have.

So let’s switch gears a bit and go into the Pu’u Muay Thai Ventura story. Tell us more about the business.
Pu’u Muay Thai is a martial arts academy specializing in the art of Muay Thai, a martial art originating from Thailand. Muay Thai is the only martial art developed during war time, which makes it pretty effective for self-defense, not to mention providing an awesome workout. Which brings us to what we are known for, creating champions, getting people into awesome shape, and a productive training environment for people of all ages. We run children, kids, teens and adult programs ranging in ages 3 & above.

I’m most proud of the people we’ve attracted to the team that helps teach and manage our facility. They are genuinely some of the best people I’ve met in my life. It shows and we receive compliments about them all of the time. This along with having a very successful competition team is hard to do but we’ve managed to do it!

Our training programs are all curriculum based, so no matter when you’re training, all of our instructors are on the same page for what we are teaching. This has produced great results, from people training for fun & self-defense to people who are training for competition. This along with a lot of our instructors spending time in Thailand to train has helped build the most authentic & fun training program in the area for our students to learn from.

How do you think the industry will change over the next decade?
Muay Thai is a growing part of the martial arts industry and it’s growing, fast. I’d never survive 10-15 years ago teaching predominately Muay Thai. Along with this, the International Olympic Committee (IOC) gave provisional recognition for Muay Thai, which means we can work on getting it into the Olympic Games. Ultimately the goal is to make our US athletes on par, or better, than the rest of the world in Muay Thai.