Meet Jonathan Moore of Headshots by JMO in Hollywood 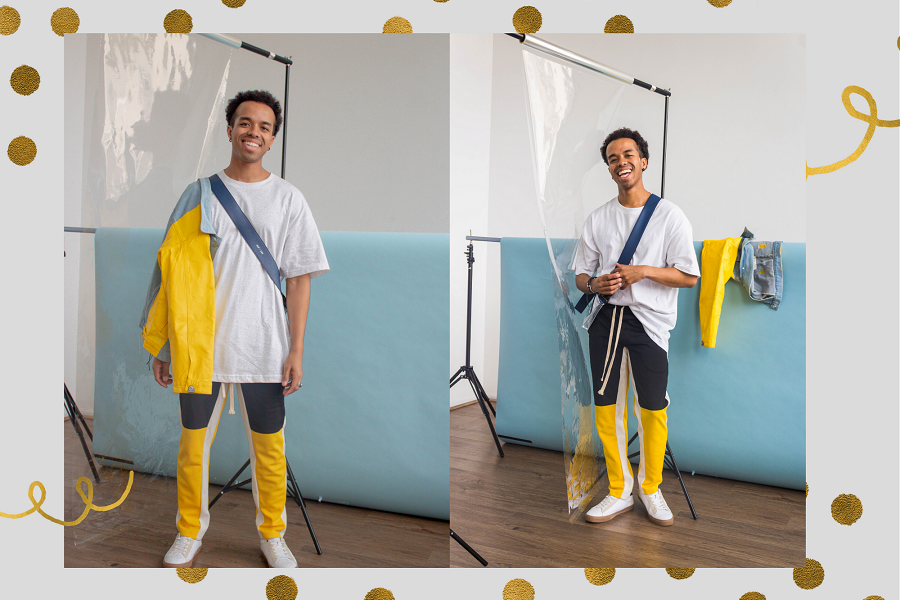 Today we’d like to introduce you to Jonathan Moore.

So, before we jump into specific questions about the business, why don’t you give us some details about you and your story.
I am originally from South Florida, Miami to be exact. I grew up performing in musicals all the way through high school, before I moved to Los Angeles in January of 2013, in pursuit of beginning my acting career. When I soon figured out you can’t just walk in a casting office and ask to be in the next film they were casting. Which I did do a few times. I immediately began to look for work so that I could stay in Los Angeles. I told myself if I was going to be in Los Angeles, I was going to work harder than I ever have. I also told myself that I should make every effort to work in the industry and learn as much as I could no matter the position. So I called up my high school and begged them to send me any names of alumni that worked in the entertainment industry or even moved to L.A. So that I can honestly ask them how this town works. A simple favor but a long shot.

I was living in a hotel in Beverly Hills which I don’t recommend doing if you plan on visiting L.A. Because I had no idea how far Los Angeles stretched and had no idea where I really needed to be. In a few days, I had a few meetings, every one of them very helpful. My first meeting was a high school alum who became a lawyer for The Walt Disney Company. Who, in about 30 min broke down the industry for me. He then shared with me another contact of his that went to our high school and told me there is a film producer in Hollywood that is more connected to where I want to me. Thank God I could use this man’s name as a referral and it got me a meeting. I wasted no time when meeting this film producer as he was quite busy. So instead of wasting his time with my whole life story, I asked him for a job to work anywhere at his company.

I really meant anywhere, assistant, clerk or the mailroom. He told me if I could have a car by Monday and be at his office at 7AM in the morning, I had the job. So I rented a car in Beverly Hills for a few weeks until I could ship my car out to Los Angeles from Miami. I end up working for this producer for an entire year. Just dedicating my time to whatever he needed. I drove him to meetings, events, home and back. I read scripts, learned how to write script coverage, scheduled his flights, build desks, shelves and chairs for the office. I did it all, I was a full on floater/ messenger/ builder assistant, who really had no title. But was hungry enough to do everything asked of me like help his real assistants in the office, drive clients to meetings and serve whomever walked in his office that day.

After a year went by of working for that film producer, I was sent to help run camera for some casting directors like Kellie Roy, Barbara Fiorentino, Danielle Aufiero, Amber Horn, Chelsea Ellis Bloch and Michelle Adams. I worked everyone’s office at the same time in order to build a relationship with these powerful casting directors. Oh, and still no acting yet. Just learning and serving. Through just being of service and being available to work wherever and whenever really gave me the tenacity and confidence to be my own boss. I was essentially a freelancer for all of these casting directors for about four years off and on. But then the day came where they wanted to use me a reader and that’s when I began to nurture my acting technique again. While reading lines on the opposite side of the table with series regulars and film actors who knew exactly what they were doing to book the job.

Through working a side job as a swim instructor for infants and toddlers, going to school to get my degree, auditioning and working as a casting intern. I finally got some momentum going by getting representation and booking some union commercials. Now seeing that acting was picking up for me, I knew I had to be more available for auditions. So in the need of taking my own headshots whenever my agent needed a look updated. I began taking headshots of other actors I was friends with and even direct messaging actors I didn’t know on social media. In hopes to build a network of recommendations and referrals from other actors. Thus “HeadshotsbyJmo” was born and I officially created my website: www.HeadshotsbyJmo.com and launched my business account on Instagram: @HeadshotsbyJmo to help and connect with actors who needed updated looks.

Today, as a photographer and an actor I am expanding both of my businesses in hopes to elevate as many black and brown people no matter where they come or how they were raised to pursue being a business owner. As well as encouraging them to be their own personal brand and know how to articulately convey that in photos and online.

Has it been a smooth road?
Nothing was ever a smooth road but that’s what makes each journey unique. In my experience, I had to learn how to respectfully and honestly tell people what I want and am training for. Because if you don’t show or tell people what you want, they will continue to see you as just an assistant that wants nothing else from life. So always keep learning and never forget your goals.

I am a pretty high achiever but I am also a big helper. So I can go months without focusing on my own goals by helping someone with theirs. I had to learn respectful boundaries within myself and with people I love. After spending days and hours helping people with their projects I had to come to the realization that I had hopes and dreams that I came to Los Angeles to achieve. So one of my main struggles was knowing when to let go of a project to continue pursuing what I set out to accomplish.

In a world and an industry that loves to be secretive with how one can get a meeting or have an opportunity to be invited into room to pitch, audition or collaborate. I had to overcome the thought pattern of seeing myself as less than because I had the least to give or the least resources to negotiate with. After a few nights of rattling my brain on who would give me a chance. I took the responsibility in my own hands and began to create opportunities for myself and shamelessly promote myself in an industry that is not going to make anything easier for you because you’re fresh, talented or disciplined. I got way more things done this way than waiting for a response.

So, as you know, we’re impressed with Headshots by JMO – tell our readers more, for example what you’re most proud of as a company and what sets you apart from others.
HeadshotsbyJmo is my company you can find it at – headshotsbyjmo.com or @headshotsbyjmo on Instagram. I am a headshot photographer in the greater Los Angeles area and have been for almost three years now. I shoot theatrical, commercial and lifestyle shots for actors, artists, influencers and performers. I am known for using daylight and natural surrounds to fit the type of role the artists is going for. Thus, conveying the right mood, setting and status of each character type honestly. I am most proud of taking the leap and becoming a business owner in general. I sometimes lose sleep attempting to perfect and progress my brand. But I love working for myself and being of service to people in the industry I have always wanted to be apart of.

Now I get to use all my gifts and encourage people to see themselves in a bigger light than they normally would and help them elevate their company and brand. What sets me apart from other photographers would be my energy on set and that fact that I take the time before we meet to have a few video chats in order to get to know your energy and expectations before the shoot. This way when we meet in person you feel like you are meeting a friend. Thus helping your confidence and personality shine through the lens when on set.

Let’s touch on your thoughts about our city – what do you like the most and least?
Los Angeles is still the city of dreams. The people here are the most creative and active at pursuing their goals. This city is a city of not just dreamers but doers. We all came here to go after our biggest dreams and make them a reality.

My least favorite thing about Los Angeles is that you have to pay for parking everywhere you go. I also am not a fan of parking uphill or downhill. Being from Miami, I am used to parking on a flat street and parallel parking up or down a hill is not my favorite. I will park blocks away on a flat street before I park up a hill. 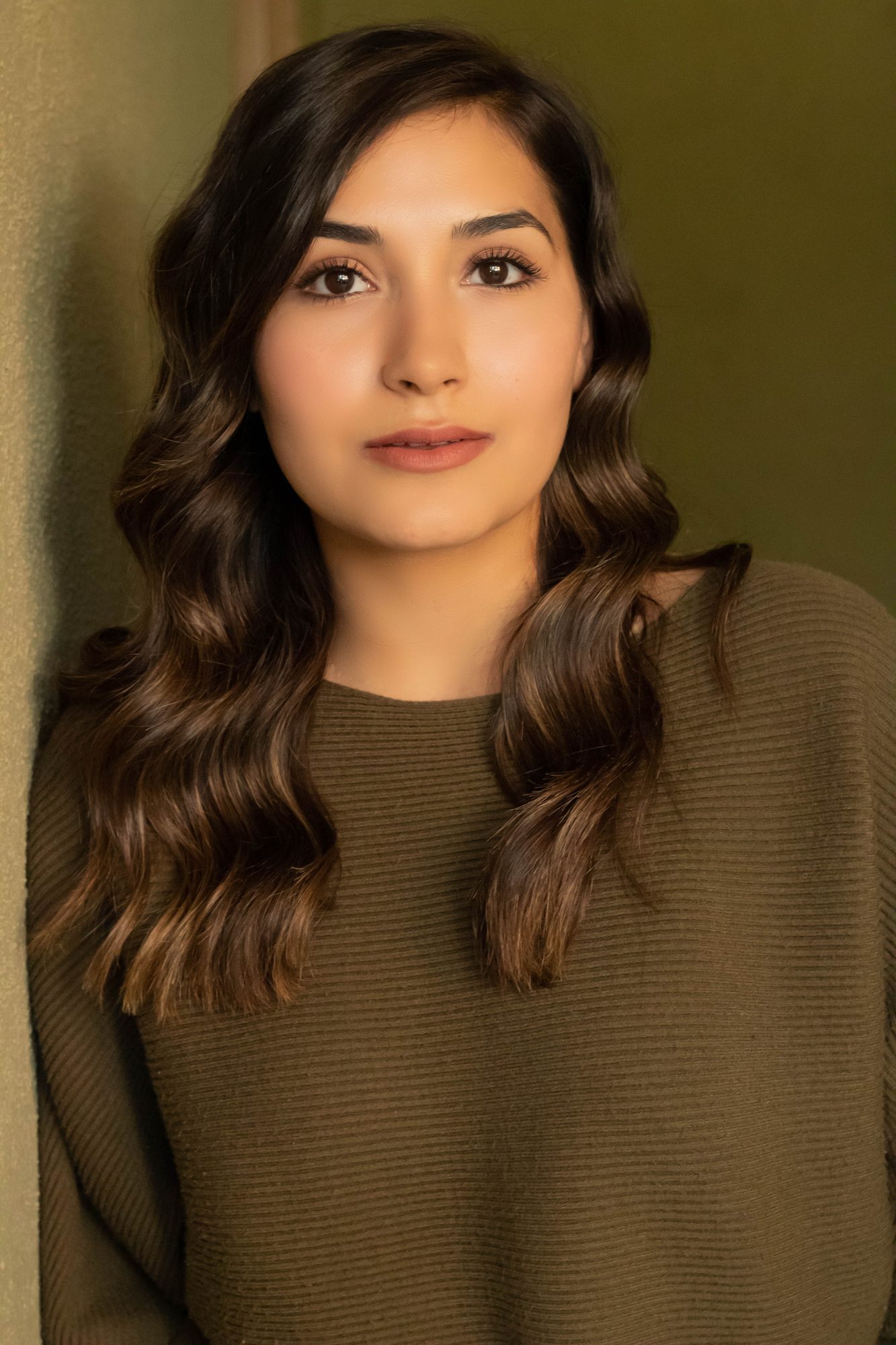 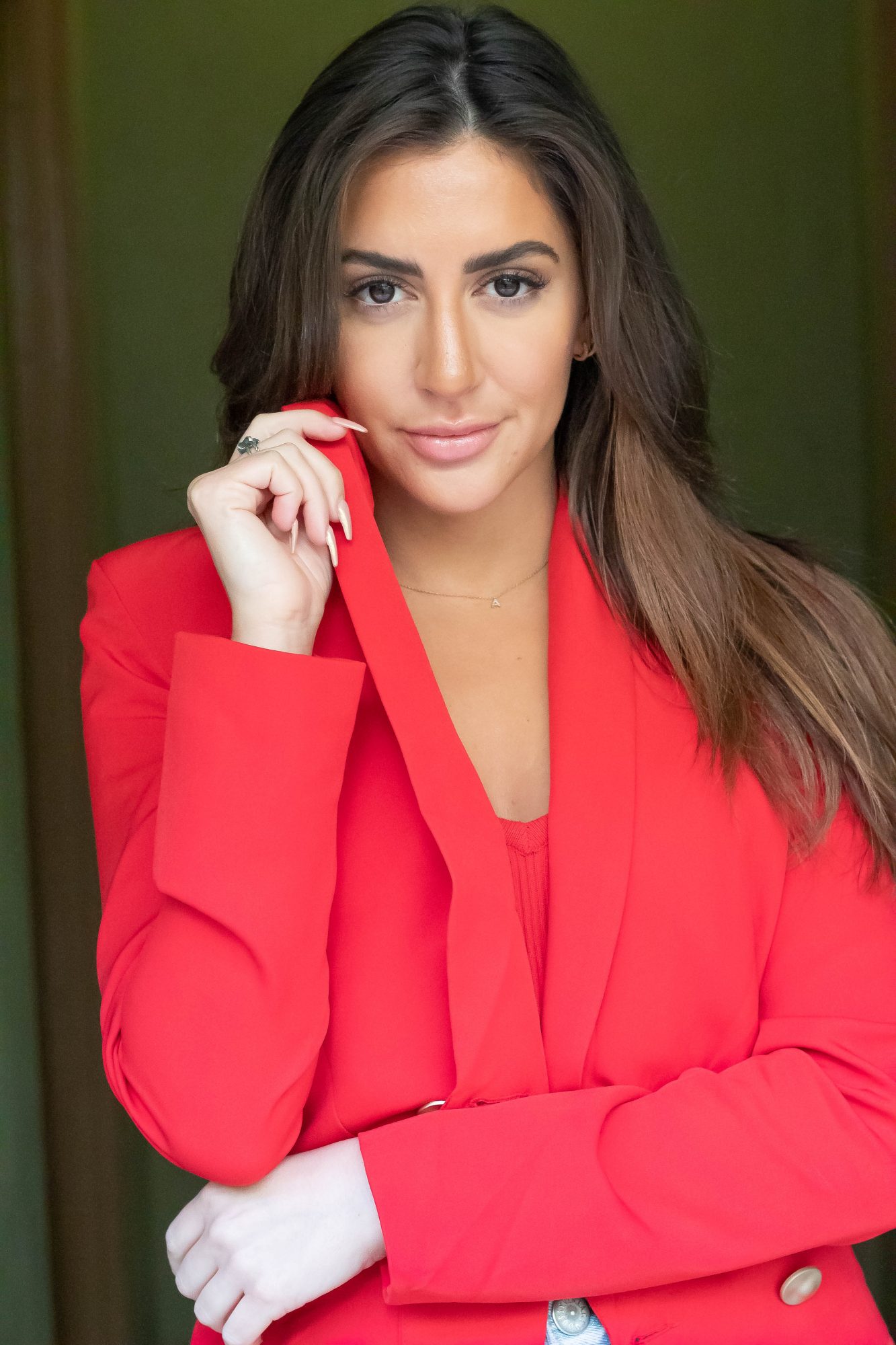 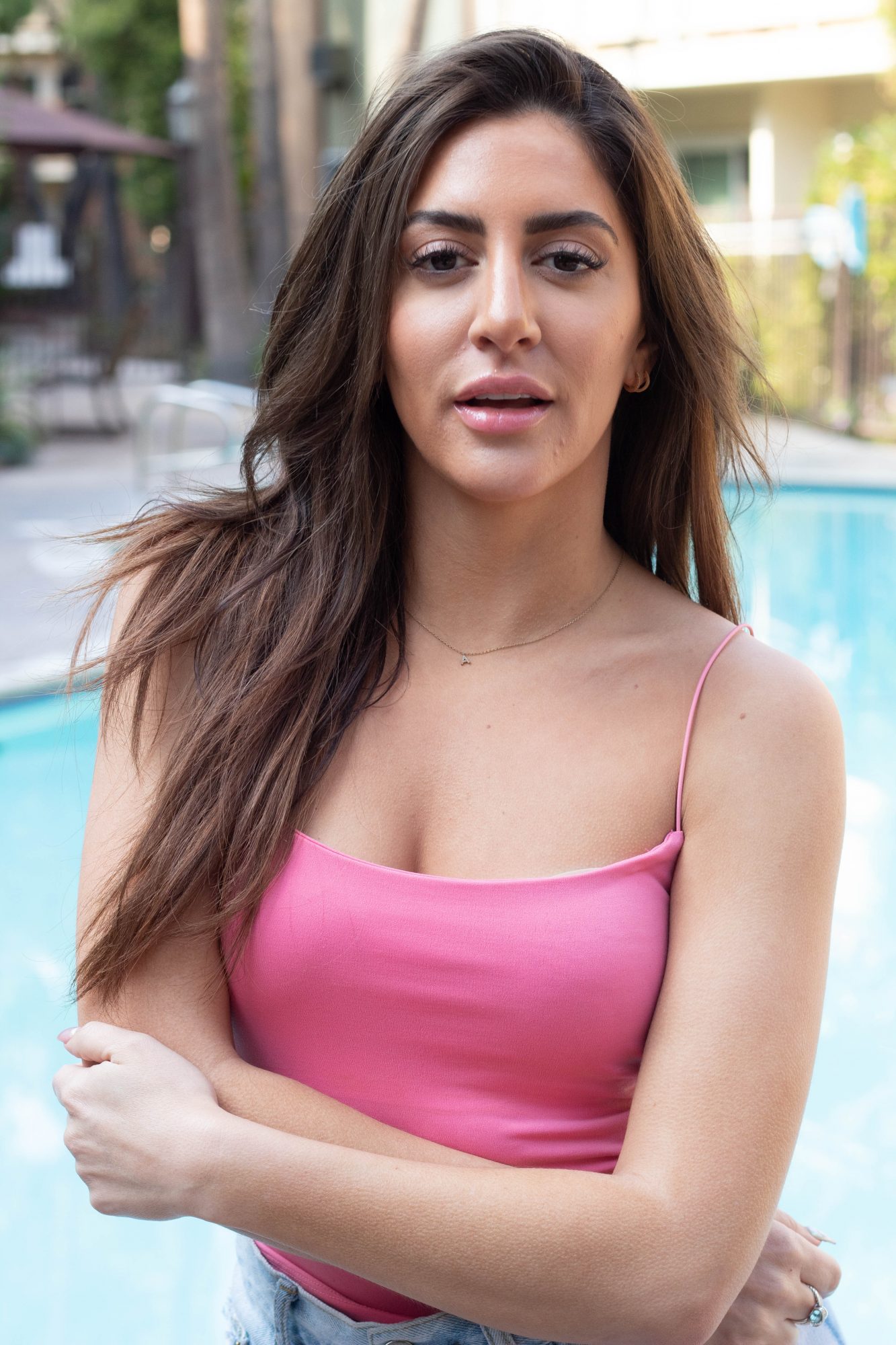 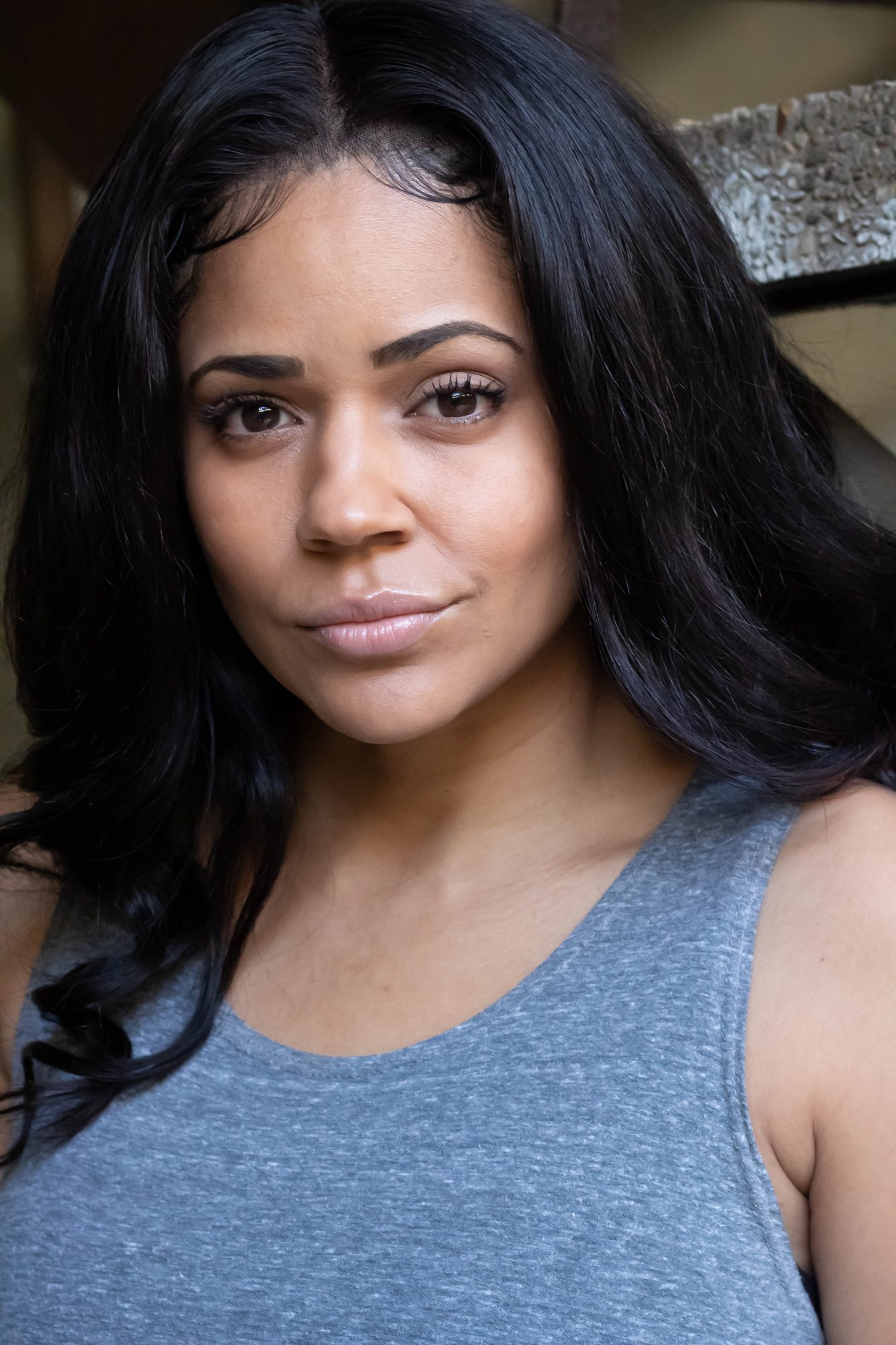 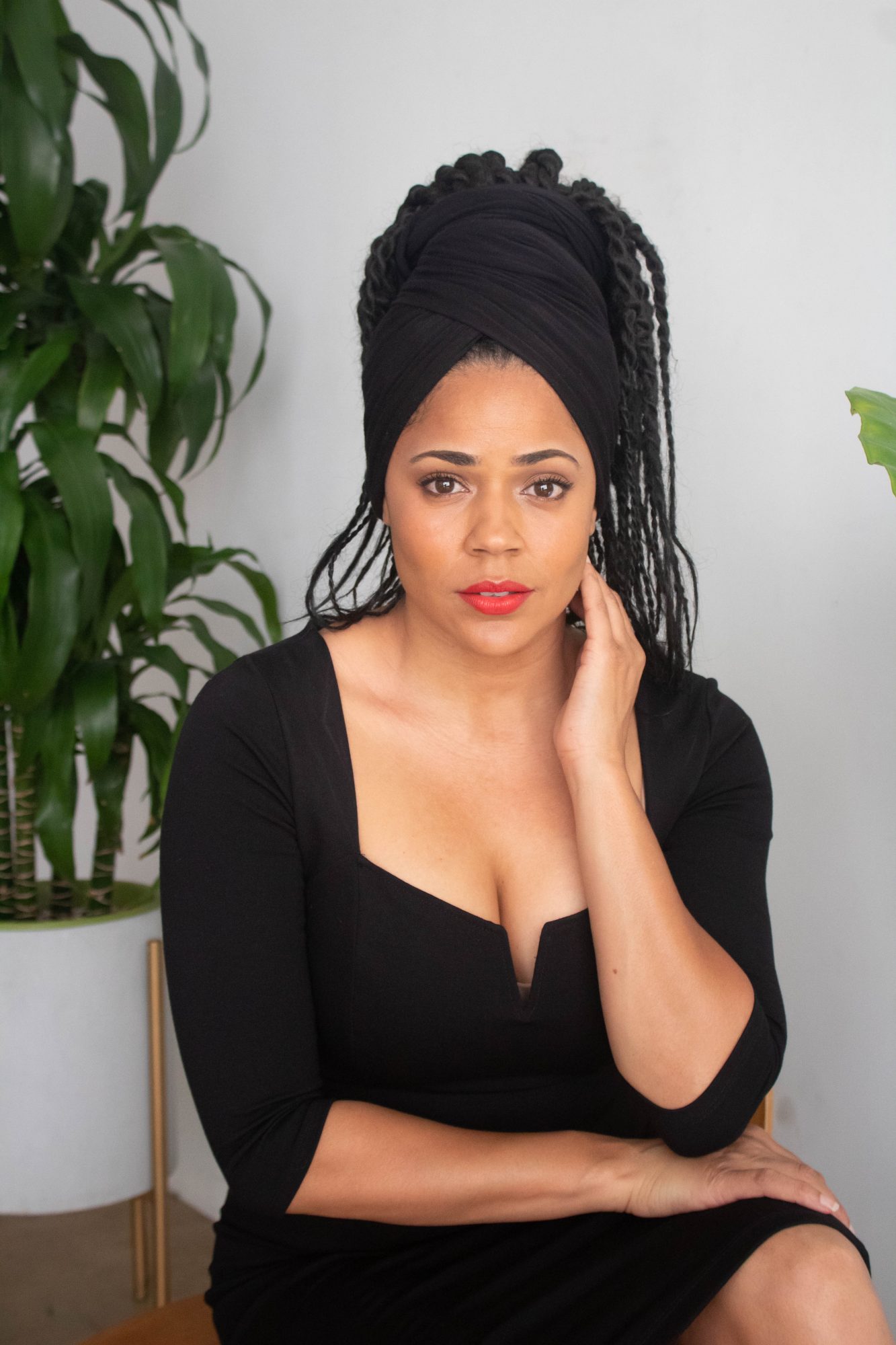 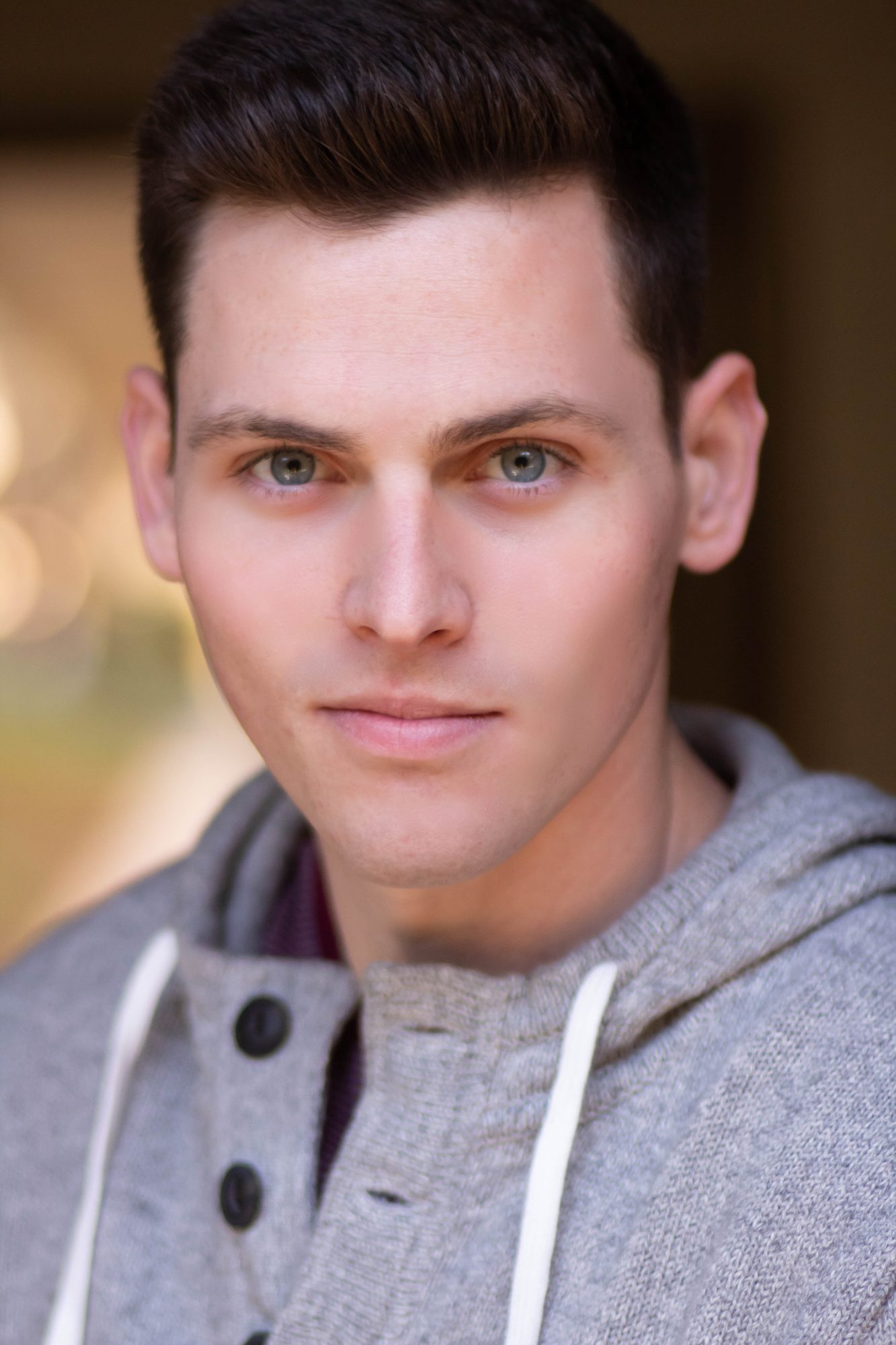 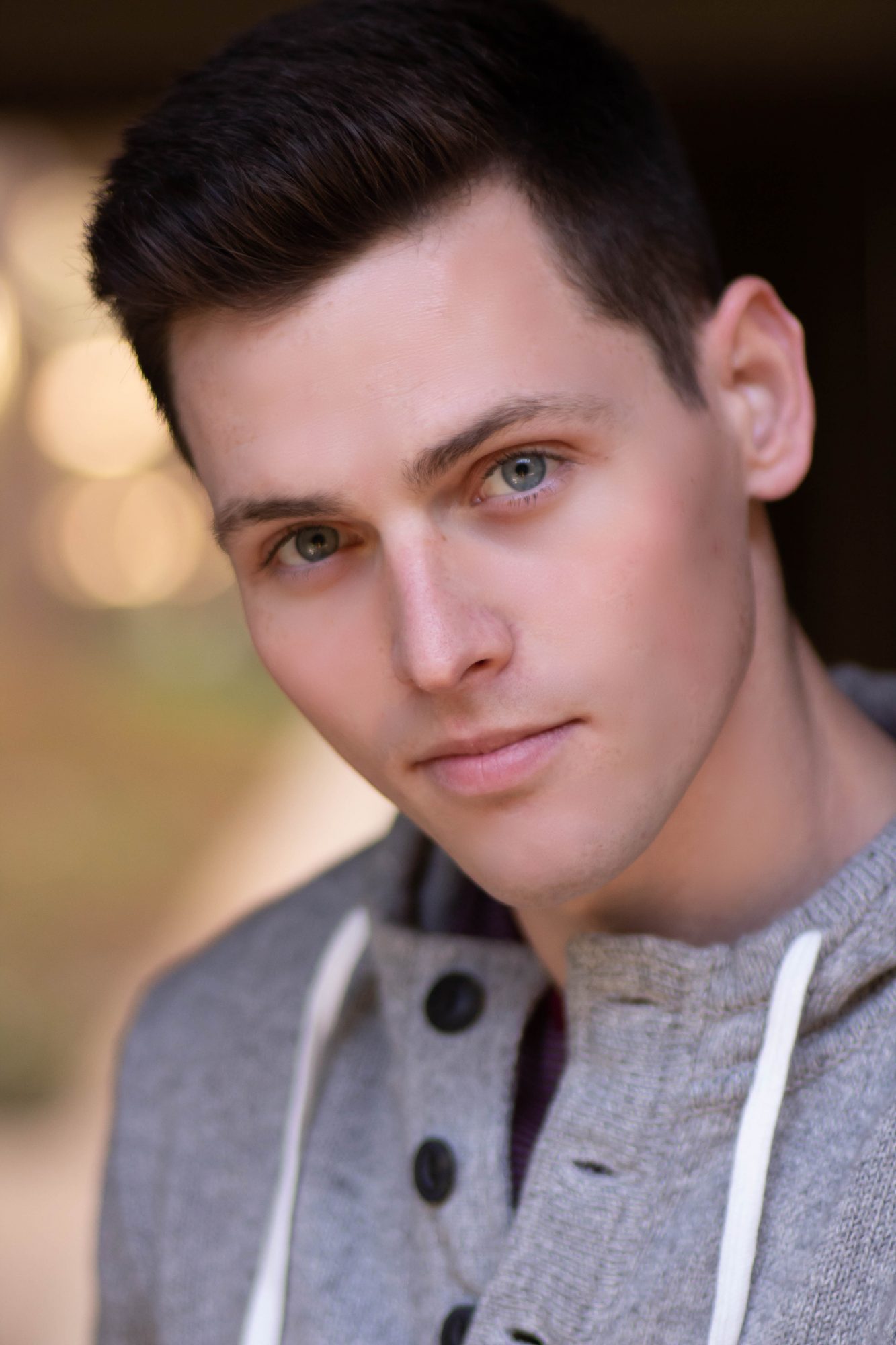 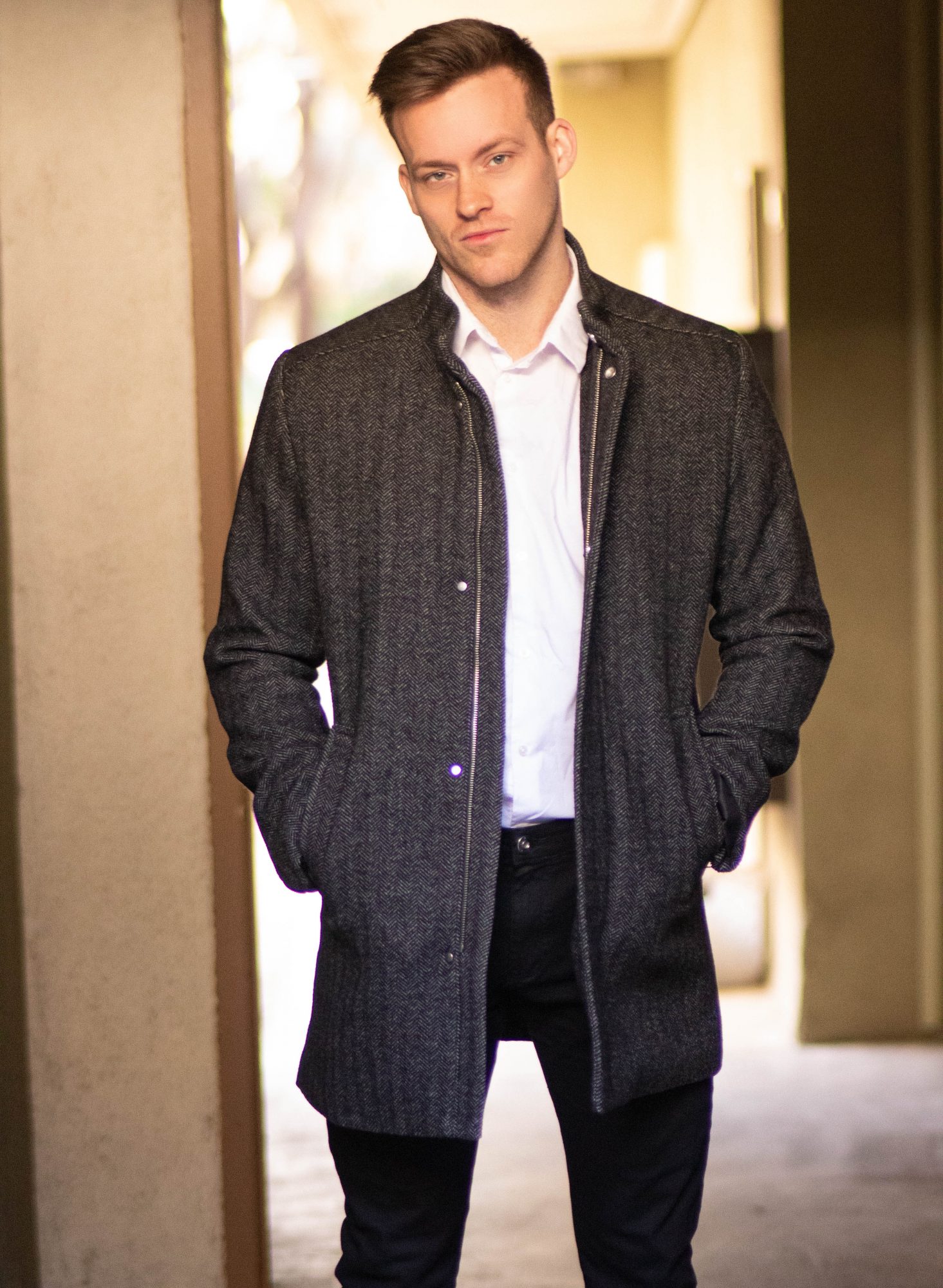 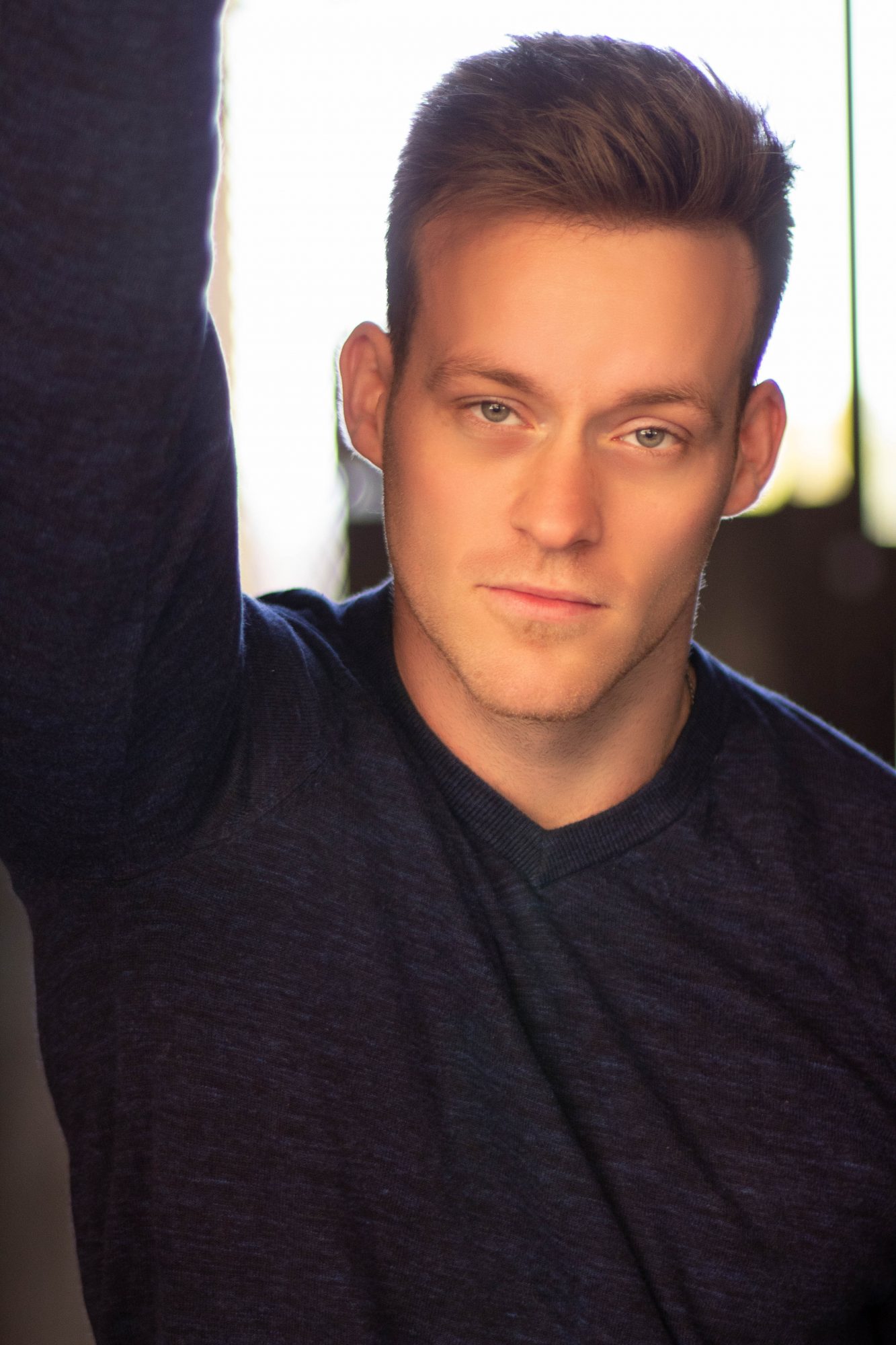