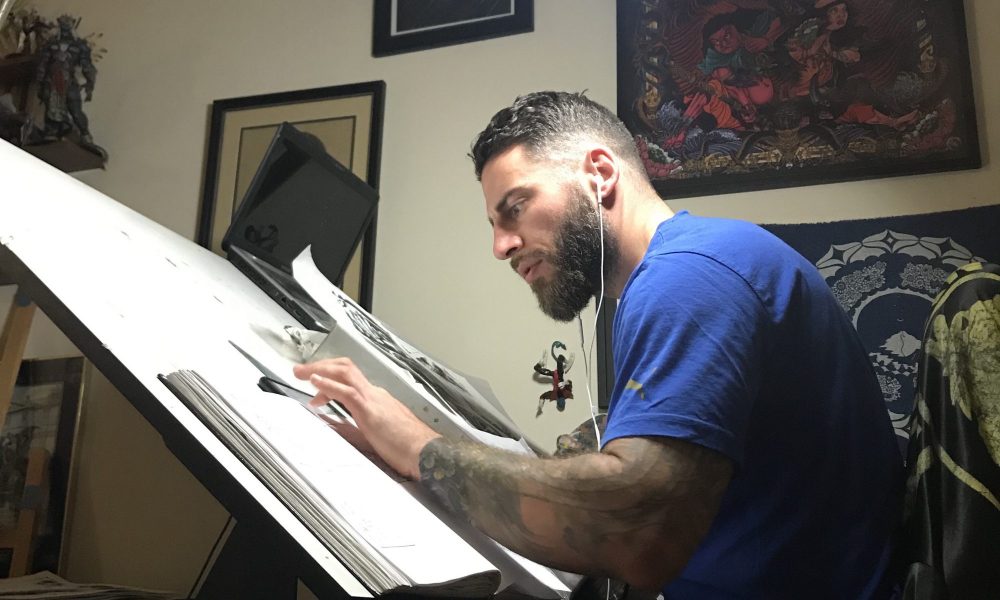 Today we’d like to introduce you to Jonathan Marks Barravecchia.

So, before we jump into specific questions about the business, why don’t you give us some details about you and your story.
I’ve always loved to draw and paint; loved comic books and monsters and dinosaurs, and since I was young had an idea that I could turn all of that into some sort of career. I figured: someone must make all these things right?

At the end of my senior year of High School I was able to complete a ‘senior project’ of making my own comic book – but the work was so hard (and I was so immature), that rather than a springboard to any sort of career, this project was a real wake-up to the reality of the life of a working artist. This was real work.

Looking back now, I am actually thankful for this learning experience, and to make a long story short, I was able to grow from it both personally and artistically, and after graduating college was able to focus on freelance and gallery work.

I have been able to show my work in galleries in the US as well as the UK and Australia, and have worked with companies such as Marvel Comics and Upper Playground, and with writers like Steven King and David Morrell. It has never stopped being real work, but I do love it.

Has it been a smooth road?
The wake-up call I mentioned earlier was simply the first of many. I chose not to go to art school, so anything I know or learned I figured out through trial and (lots of ) error. The road to a working artist/illustrator – a road which I absolutely feel I am still on, I don’t know whereof when this road ends – is one of constant growth and repeated rejection.

I remember (not that long ago) worrying about the order I sent out my comic book submission packets – not because I was scared of rejection, but because I was so convinced that all these companies were going to get back to me with work offers that I didn’t want to have to turn anyone down.

Obviously, no one got back to me at all. I’m still waiting for the work offers from those first submissions… So you realize that maybe you’re not quite as ready as you thought you were, and you grow. You get some good feedback along the way, and you grow. It is humbling to have confidence in your work and have its flaws pointed out to you over and over again, but it remains the fastest way (I know) to improve as any sort of artist.

And like I said, its a long road, its an endless road – but to me, that’s not a negative thing. I can even cite a personal example from a few years ago when I had been published already and was offered an exclusive contract with a company with whom I had always dreamt of working. This was ‘it,’ this was ‘success,’ and ‘making it,’ and all that, but after about a year the company was having trouble finding work to fit my style.

To their credit, they were upfront and suggested ways to change that would mean staying at the company, but rather than bend to a more house style, it was more important for me to produce art that felt honest and natural. So, respecting my decision, the contract was terminated, and ‘making it’ was over.

You learn that you have to choose your battles and figure out what is most important to you both as an artist and as a person. And you grow.

We’d love to hear more about what you do.
I am a freelance artist and illustrator and work mainly as a comic book artist. I try to combine both genuine love and respect for the history of the genre, with my own ideas about illustration and art in graphic storytelling; incorporating oil and watercolor and sentiments of impressionism alongside more traditional graphics techniques.

How do you think the industry will change over the next decade?
The comic book industry is in an interesting place I think. Now, almost everyone has a passing knowledge of superheroes from all the films being made, but that may or may not translate into people buying (or downloading) actual comic books. It has also never been easier to make your own digital comics, but again, in a saturated market, I don’t know how many of these comics being produced are getting an actual following.

I think that the average comic book reader at this point is someone who grew up reading comics, rather than a young person who is just now discovering comics, so the simple answer to keep the industry strong is just to make better material – and I actually think we are moving in this direction. We have a fairly sophisticated audience in both the seasoned comic book veteran as well as the newcomer, so producing compelling stories and art is really the only way forward. 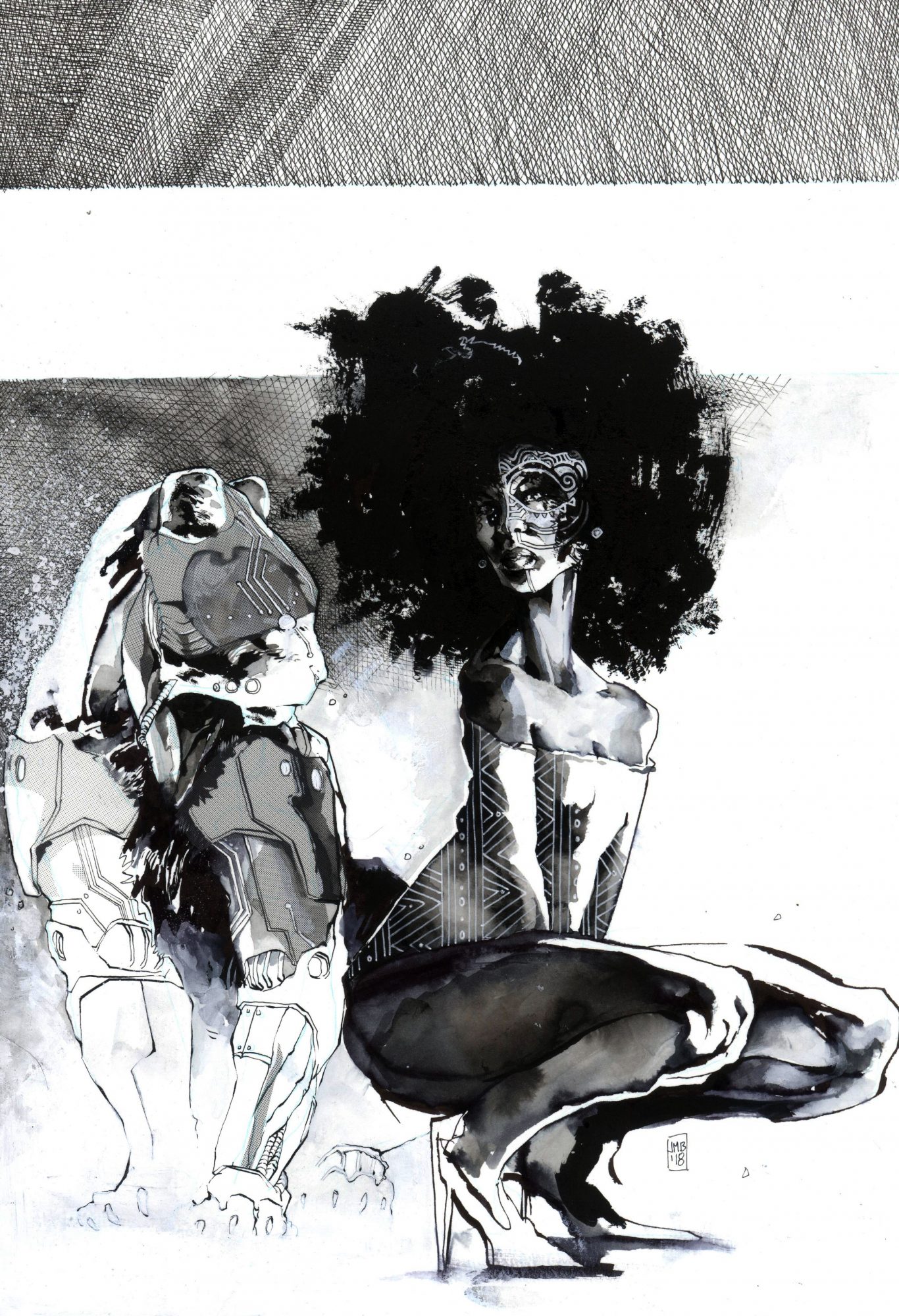 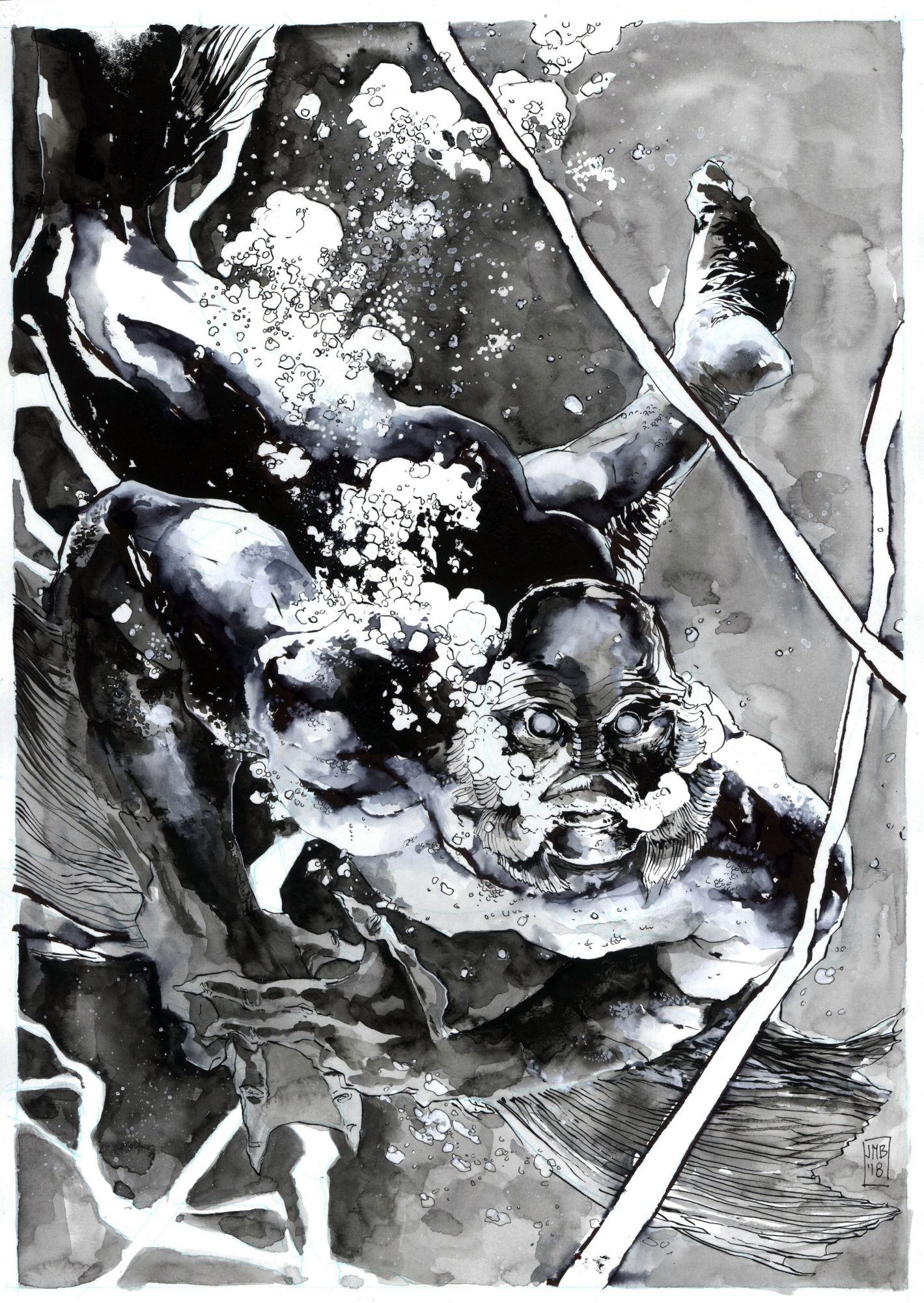 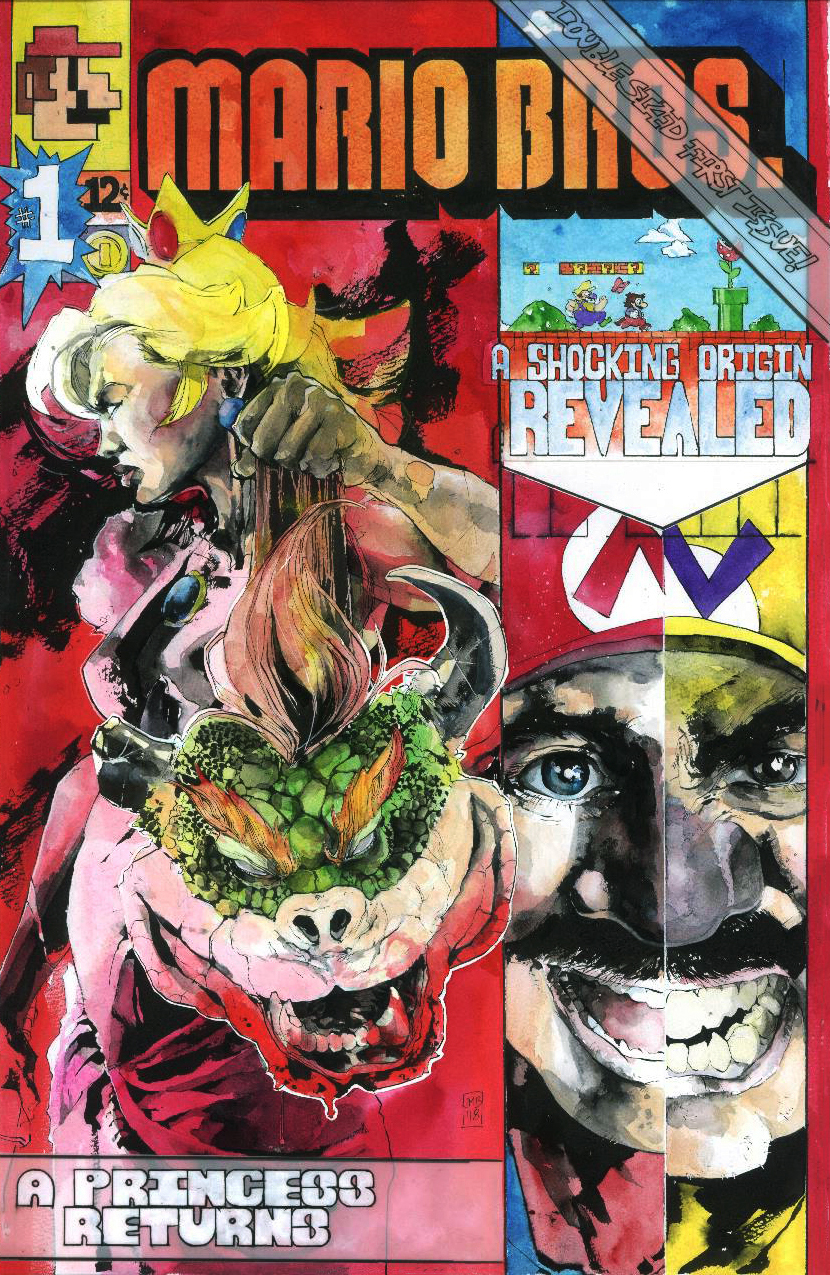 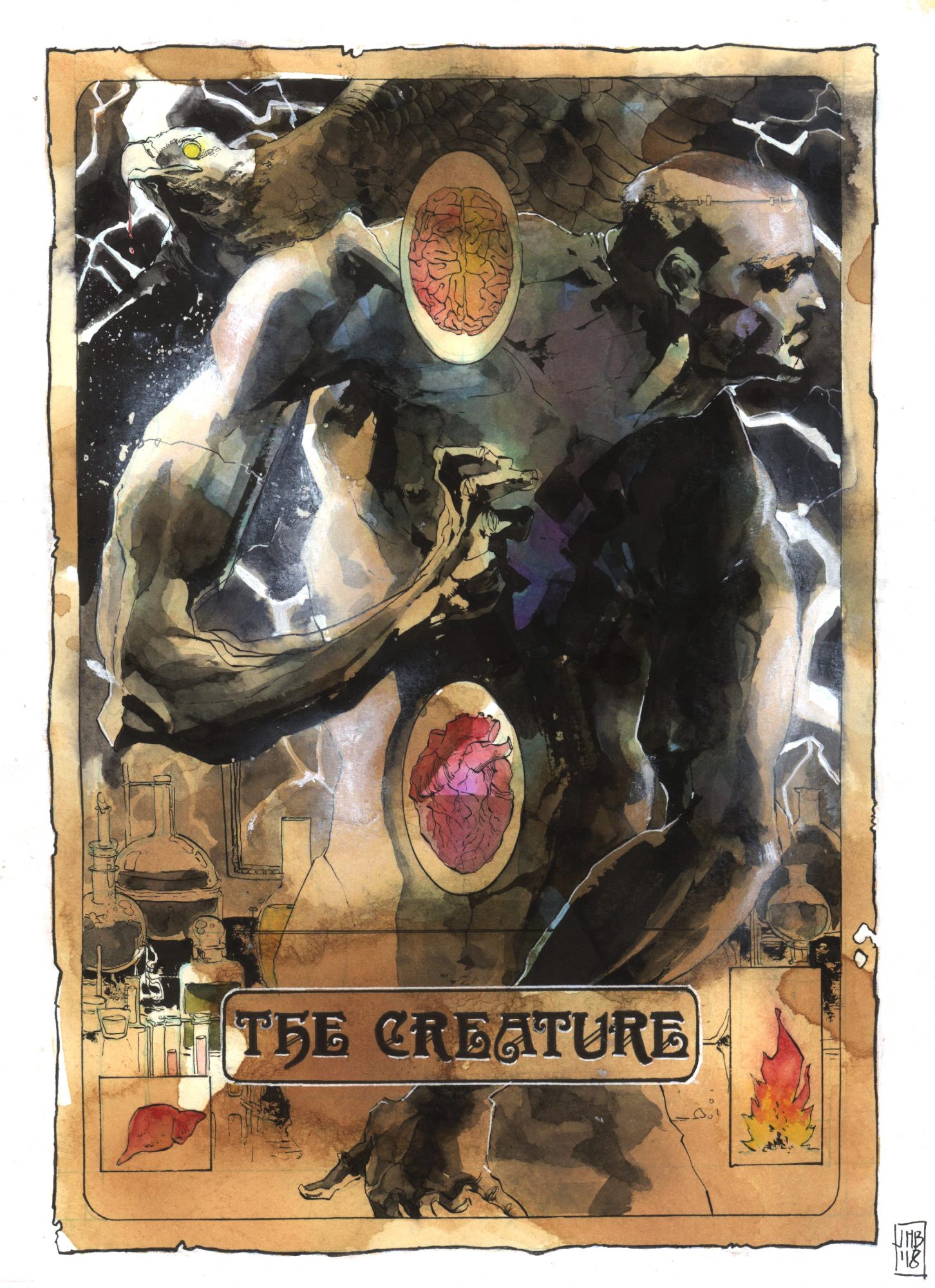 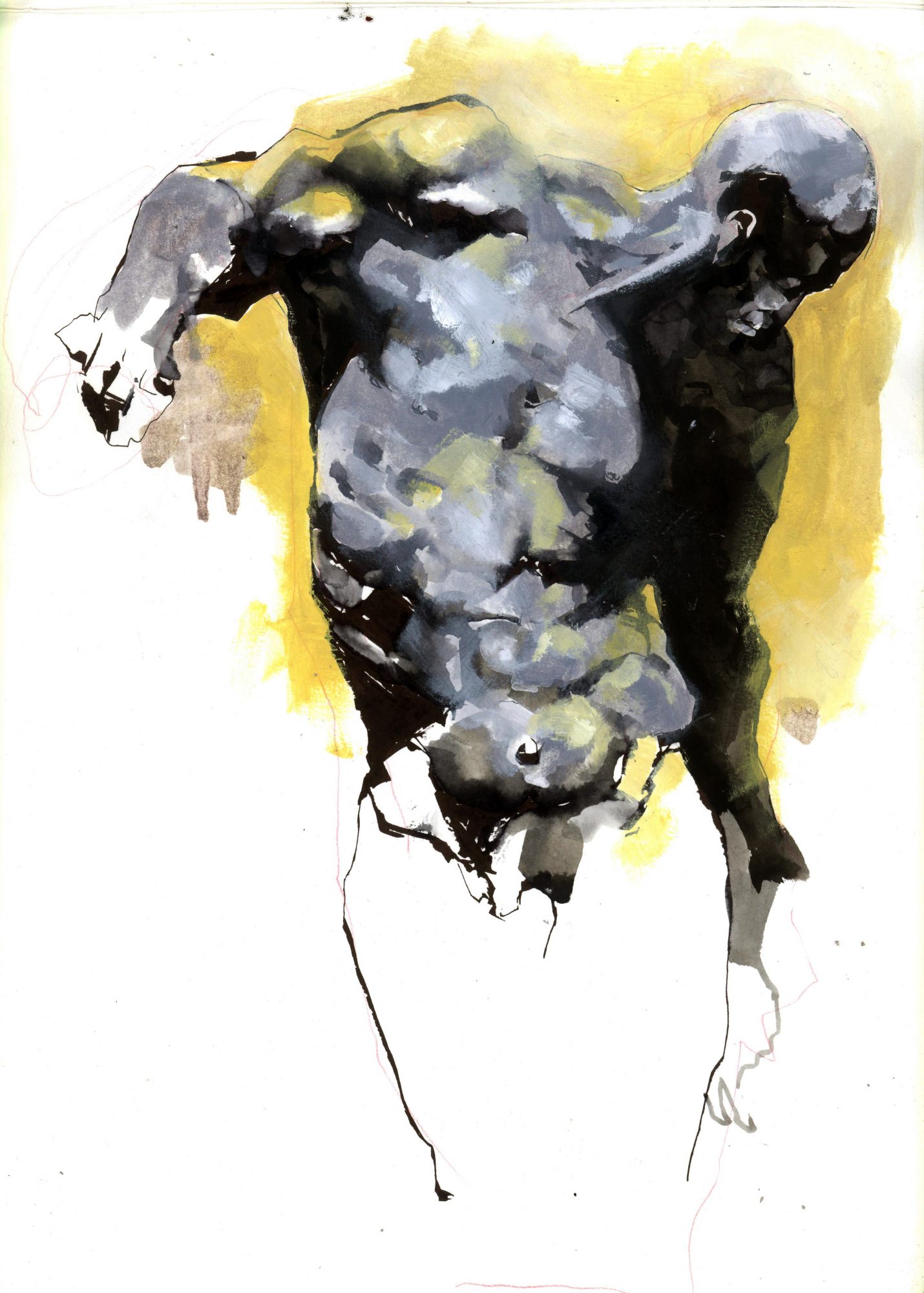 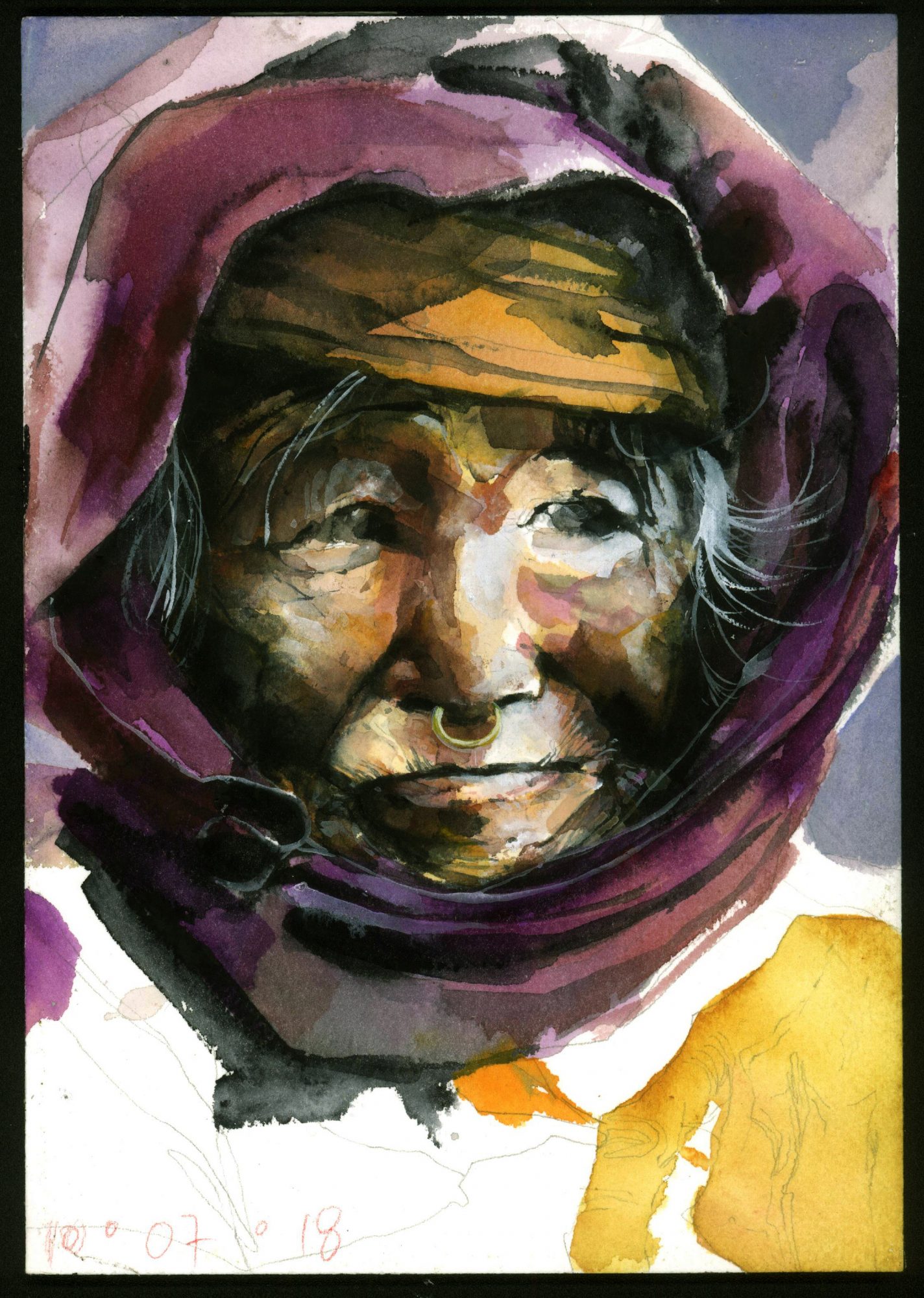