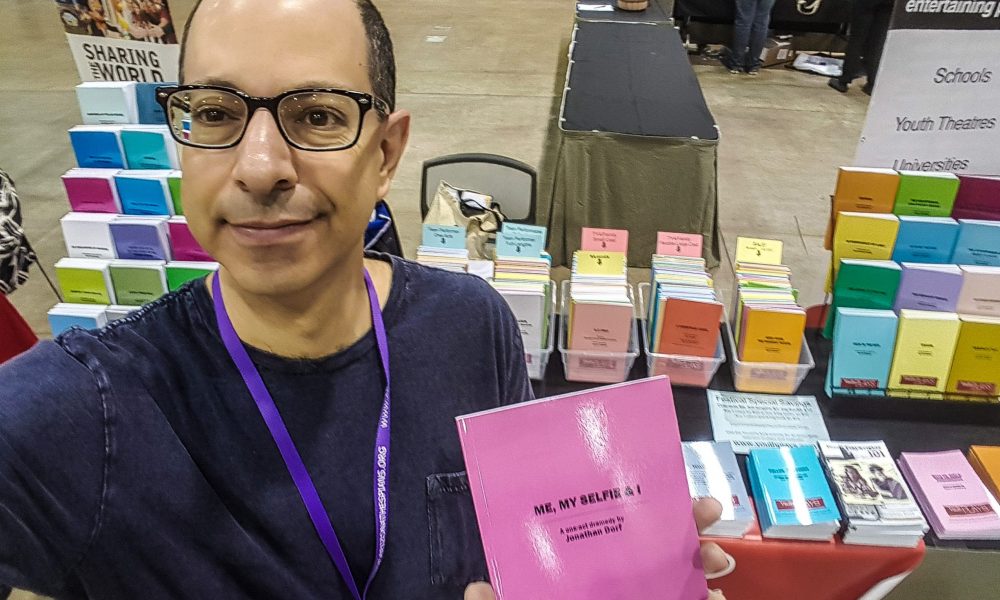 Today we’d like to introduce you to Jonathan Dorf.

Jonathan, can you briefly walk us through your story – how you started and how you got to where you are today.
YouthPLAYS began with three playwrights and a URL. I had gotten into writing plays for teens in the mid to late 1990s while I was teaching at The Haverford School near Philadelphia, and together with my friends and colleagues Ed Shockley and Matt Buchanan (who were living in Pennsylvania and Massachusetts, respectively), I was looking for a way to get my work for young people more notice. Flash forward to the mid-aughts, at which point I was living in Los Angeles after having completed my MFA in playwriting at UCLA. I found the domain youthplays.com, which I purchased, and Matt built a very basic website to help us attract more customers. It was, however, just the three of us. But in the middle of 2010–somewhere in there, Matt departed for personal reasons–we took on a handful of other authors. We had a suitable domain for it–and other people seemed to think so as well.

Each year, we took on more and more plays–always trying to be very selective–with submissions coming in from English-speaking countries around the world. Ed spearheaded our script reading efforts, while I focused on running and promoting the company. Ed suffered a major stroke about five years ago (though he is making progress in his recovery), which has required me to oversee every element of our operation, though we have a number of great script readers, as well as folks who format and proof our scripts. I’m proud to say that we’ve grown to represent more than 150 authors and 400 scripts. But more important than the quantity of scripts in our catalog is our commitment to maintaining quality and only taking material to which we’re strongly committed.

We’re always bombarded by how great it is to pursue your passion, etc – but we’ve spoken with enough people to know that it’s not always easy. Overall, would you say things have been easy for you?
We’ve definitely had our share of struggles–probably more than our share. As I mentioned, Ed’s stroke was a huge blow, as we went from having an amazingly gifted, perceptive playwright and dramaturg riding herd over our submissions to having to rebuild from scratch overnight. Luckily, we’ve had some great people step in to help, including my former thesis advisee, Nicole B. Adkins, a talented playwright and dramaturg in her own right, and Matt, one of our original trio, has returned to read. Of course, Ed’s presence as an active partner in the business is still greatly missed. He continues to make progress, though, and we hope that someday he may be more involved again.

That would have been enough of an obstacle, but the attempt to redo our website–crucial if you want to market plays worldwide–has been one long waking nightmare. The challenge of a business started by people who are more or less starving artists is that it’s seriously undercapitalized. That meant outsourcing our website, which needed to go beyond the capabilities of our first original site, which didn’t work as well as we grew and had more plays and playwrights. So, we hired a Canadian developer, and the site he created was solid. But as we continued to grow, we realized that we needed something I’d seen at another publisher that publishes some of my plays: an author center. We outsourced to a company in India, and we realized three-quarters of the way through the project that while they’d received our detailed specs document, they’d never passed it along to their developers, who only had the much shorter summary document. If I’d known that our website woes would go on for years, I’d have drawn a line in the sand and required them to start over or refund our money. Ah, that 20/20 hindsight. The site we ended up with was sort of functional, but it had a huge number of bugs and there was no author center, so we were calculating more and more complicated royalties on spreadsheets. Thus, began a parade of developers who occasionally fixed a little something but were mostly a waste of time and money.

The low point was when a developer from Romania, who disappeared on us completely for weeks, came back to cyber-attack our site while I was at the Pennsylvania Thespian Festival. Literally every file we had disappeared five times over the course of the weekend (each time we’d restore the site, it would go back down), until a cyber security specialist finally saved us. The good news is that early in 2017 I finally found a competent developer–a fellow Harvard alum–and we’ve been able to make real progress on the website. In fact, if all goes well, in early 2018, we will no longer have to pay royalties via a series of spreadsheets and hours of calculations. Won’t miss that one bit.

So, as you know, we’re impressed with YouthPLAYS – tell our readers more, for example what you’re most proud of as a company and what sets you apart from others.
YouthPLAYS is a publisher of shows for young actors and audiences, which means we publish and license performances of plays and musicals for schools (high schools and middle schools mostly, but also elementary schools), youth theatres, professional theatres for young audiences and plays that cross over to colleges and community theatres as well. We are what I’d call a boutique publisher in that we prefer the proverbial “quality over quantity.” Our script readers all have MFAs, and we curate our collection carefully. Our focus is on scripts that are challenging and entertaining, but more than that–and what sets us apart from other publishers in the youth market–we aim to provide opportunities for young performers to play substantial age-appropriate roles. Almost all of our plays have such opportunities, and the few exceptions are plays in which we feel that the content–for example, Ed Shockley’s The Boston Massacre–is not only dramatically compelling but also of educational or cultural significance. Among the scripts we’ve published recently are Whirligig by John Newman, based on the book by Newbery Award-winning author Paul Fleischman; The Last Starfighter, a musical by Fred Landau and Skip Kennon based on the 1980s cult classic film; and my own original, Me, My Selfie & I, about that tension between documenting your life and living it.

So, what’s next? Any big plans?
As we move into the future, we continue our path of gradual expansion. We hope to finish the bulk of the website redo in early 2018, which will help us automate more processes and–quite frankly–allow me to take more time for my own writing (and write more plays for YouthPLAYS!). As part of what we do, we travel to conferences, and there are a few big ones that we still haven’t hit, like the Thespian conferences in Colorado, Florida and Texas, as well as the International Thespian Festival, that will help us raise our profile. We’ve also started to partner with other companies–for example, PerformerStuff helps market monologues from our plays in an iTunes-like format–and we’ll continue to look for those kinds of strategic partnerships. But rather than race into the future–unless someone wants to give us a big infusion of capital–the goal, at least for now, is just to march on, growing a little each year and focusing on maintaining the quality of our offerings. Sometimes slow and steady wins the race. 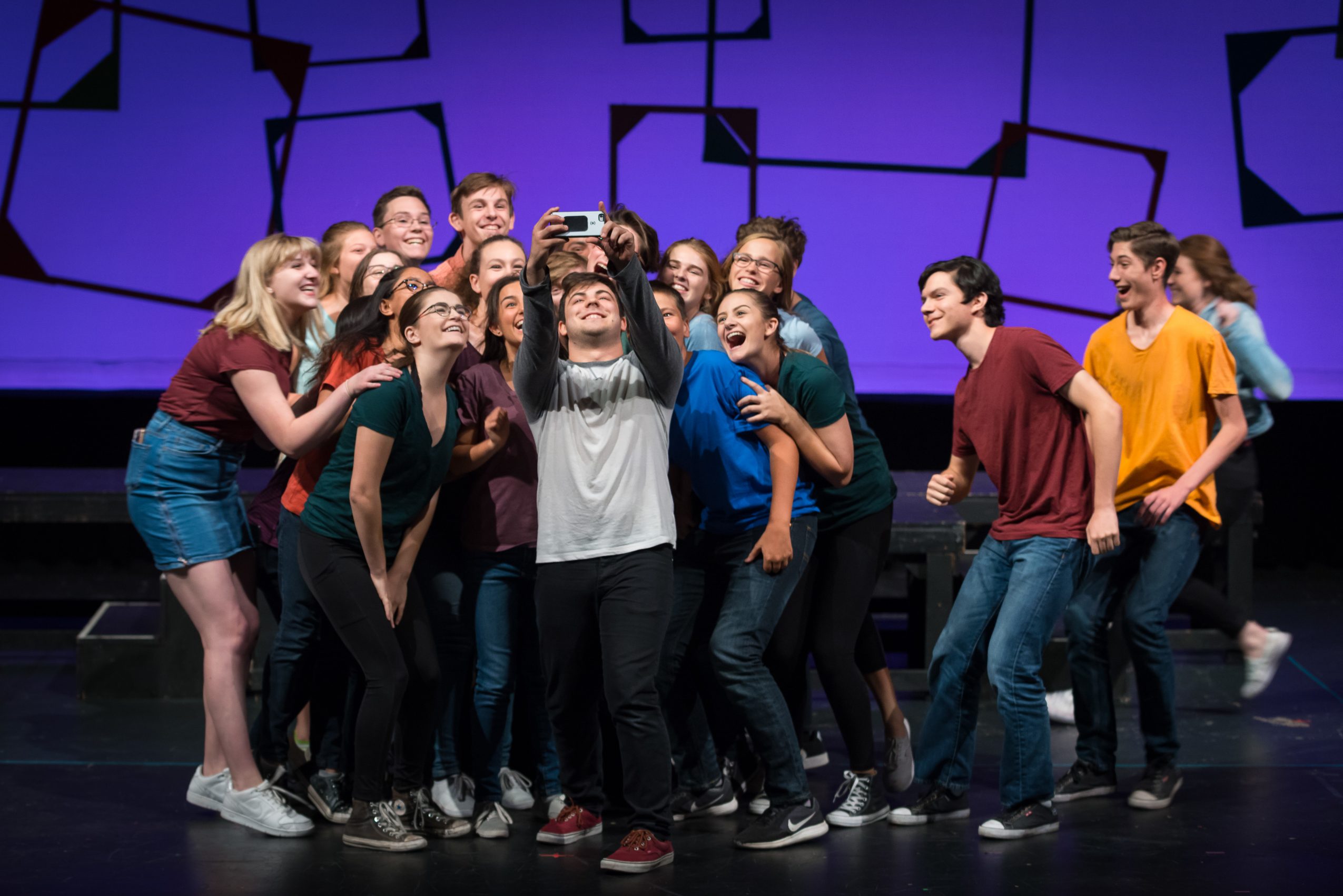 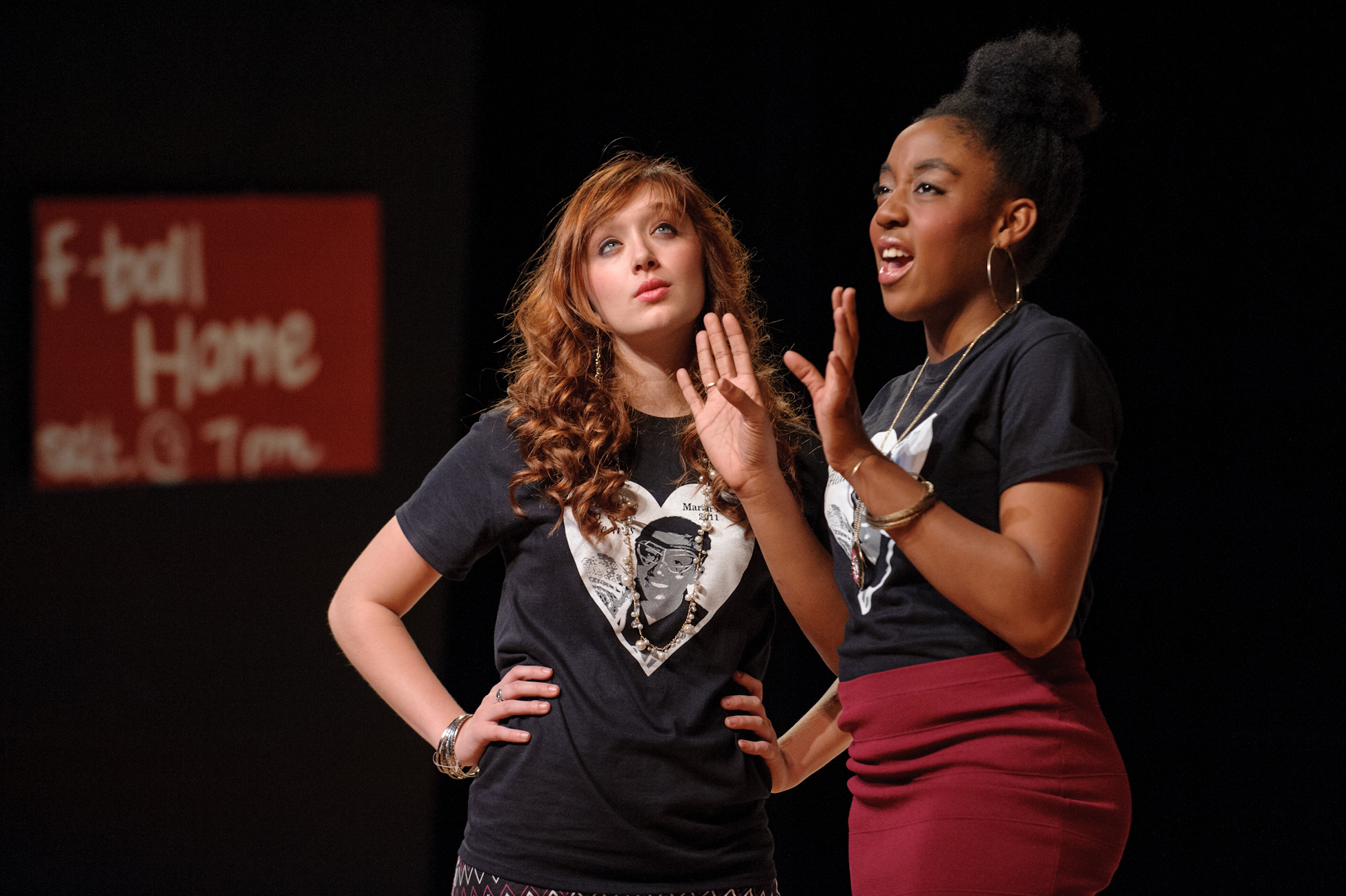 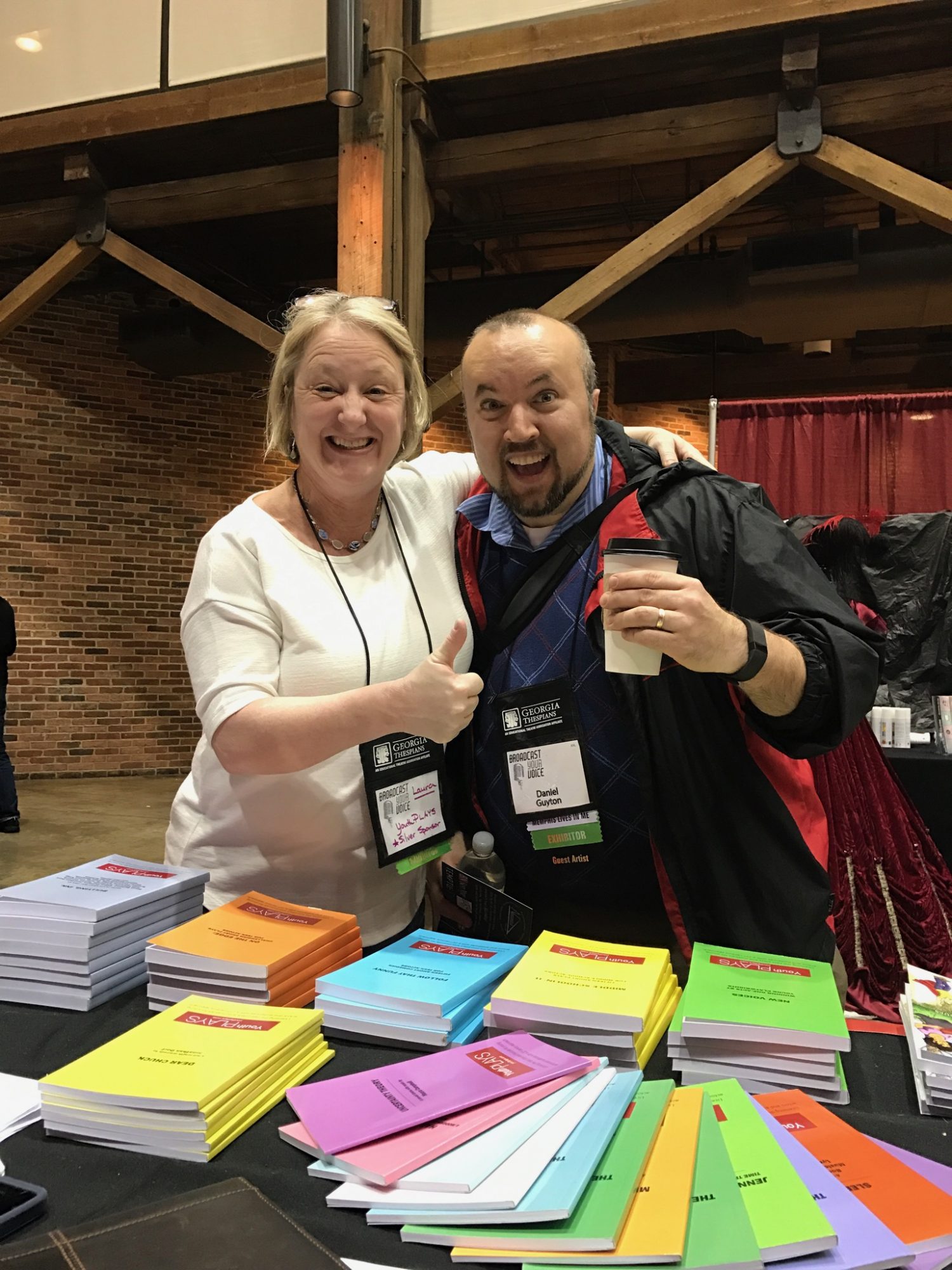 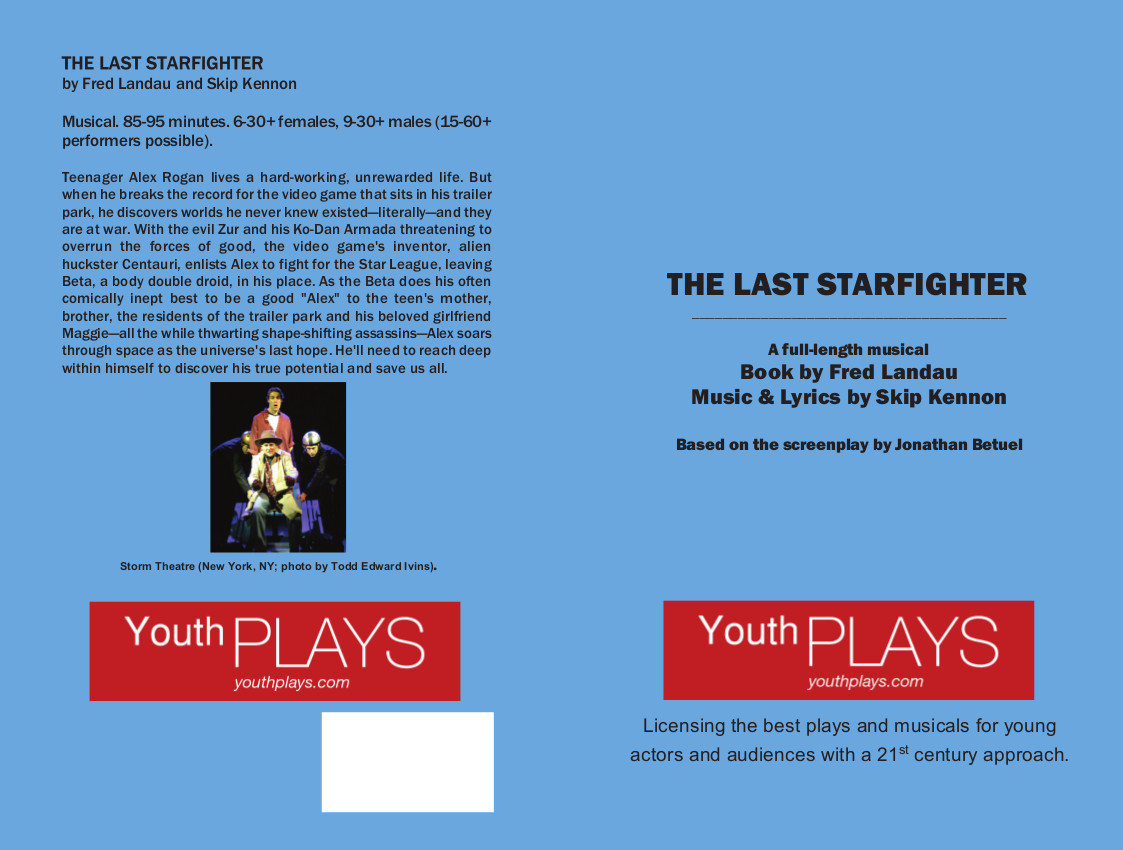 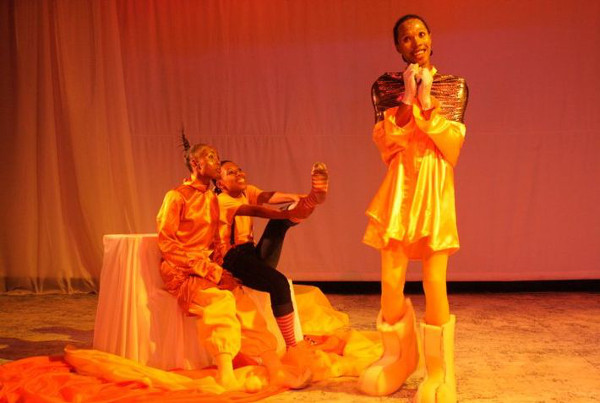 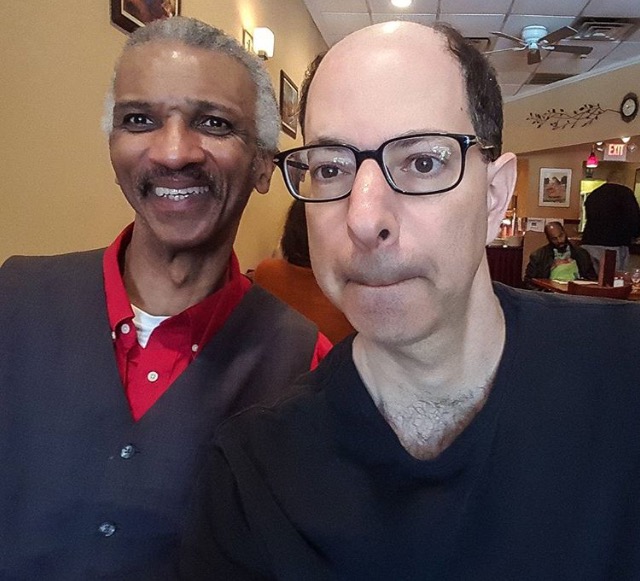