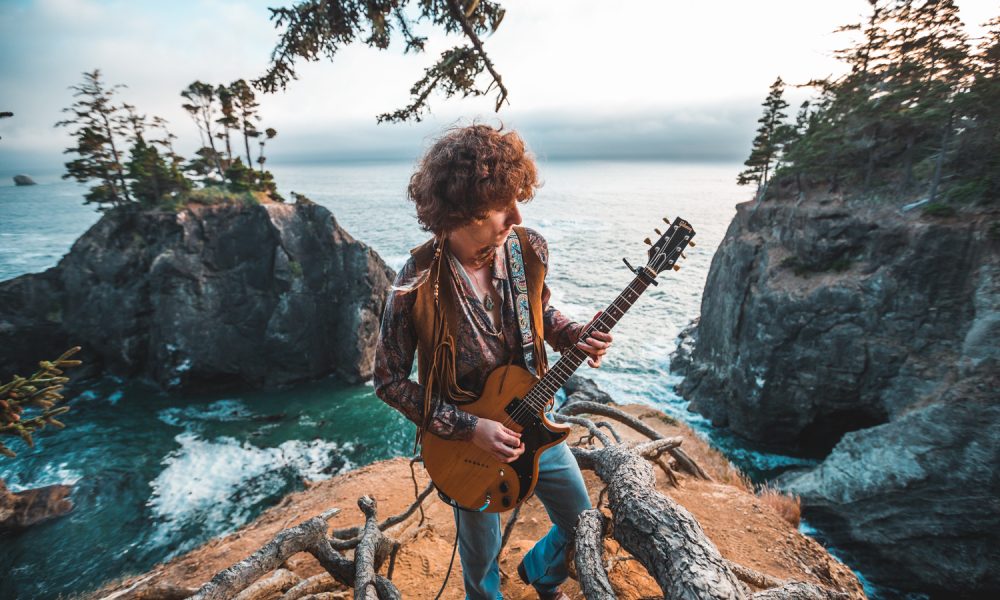 Today we’d like to introduce you to Jonathan Bareford.

Jonathan, let’s start with your story. We’d love to hear how you got started and how the journey has been so far.
I started as a self-taught guitarist to then jumping from band to band trying to find my voice in music as a songwriter. As a fan of instrumental and progressive music, I found the most passion in music for me was in music I wrote instrumentally and I felt that I needed to follow that passion to share my voice as a solo artist which became known as JONO. With the help of Allen Casillas (Hail the Sun, VIS) who is a phenomenal producer and friend, I was able to get off my feet to finally have my music be heard. But it wasn’t until the idea for adding a music video and visuals to my music that the purpose of my project made sense. Since I’ve always been inspired by nature, I wanted the chance to share what pieces of nature inspire my music by actually traveling and filming at the locations of inspiration. Shooting and playing guitar in a stunning landscape in nature that inspired the writing of my music is one of the best feelings I’ve ever experienced. It gives me the chance as a songwriter to share exactly what I want to say without having lyrics, highlight the beauty in nature and the relation it has with us, and the chance for people to give back to support environmental preservation. A project to get behind for the sake of instrumental rock and our environment.

With three singles, three music videos, and eight film festival awards/nominations for Best Music Video (Los Angeles Film Awards, Newport Beach Film Festival, Bellingham Film Festival, Long Beach Indie International Film Festival, etc.), I have no intention of slowing down any time soon. Currently, I am working on recording a new song and also finalizing a music video that was shot in Iceland this past winter. I am very excited to share my most ambitious work yet and to highlight to most beautiful places in nature I’ve ever seen.

We’re always bombarded by how great it is to pursue your passion, etc – but we’ve spoken with enough people to know that it’s not always easy. Overall, would you say things have been easy for you?
It definitely hasn’t been a smooth road. Music is a tough business as everyone knows, and the most important trait to have is persistence. If you have a vision, put the time and money in to get it right, don’t rush it. But that comes with patience and a strong will to push through the times where it may not seem worth it.

For a project like mine, it isn’t a necessarily a cheap passion to have. Financially, it has always taken a lot out of me to push myself and strive for best with these projects. When I started with JONO, I was a college student already in debt and working as a minimum wage intern. Funding $10k+ music videos wasn’t something I could easily budget and it required me to carry some more debt to bring my projects to fruition. As time went on, I learned how to produce my own videos and become more cost-effective and more organized. But with that came more ambitious ideas so it has always been a challenge when bringing a large idea to life when you are alone in funding it.

I do feel lucky to have such amazing team of people contribute to my ideas. From the people who have helped me have my music be heard, to the people that brought to life the visual representation with their love for adventure, and to the people that bring their musical talents to play these songs live with me. I wouldn’t be who I am without them and some of them have been helping me with projects since I’ve started which makes the challenges I encounter on set (such as a windstorm on an Icelandic glacier, hiking miles through forests and down waterfalls in the Pacific Northwest to find the perfect spot to shoot, chasing the perfect sunset in the Valley of Fire in Nevada, car issues in the middle of nowhere, and more) all worth it. When you start out, you may feel small, but networking and building a team that believes in the same thing you do is important and rewarding.

Can you give our readers some background on your music?
JONO is an instrumental post-rock solo project from where music meets visuals through nature. Each song is written to have a theme based on a specific place or landscape in nature that is then brought to life through music videos. Based in Orange County, CA circa 2016, I highlight the importance of visuals to instrumental music in an ambitious, cinematic way that has not been done before. Making sure to visit and capture the actual locations that inspire the music, JONO is more of an experience than anything else and one that even supports a cause for wilderness preservation through fundraising such as the recent partnership with Conservation Northwest. A project to get behind for the sake of instrumental rock and our environment.

JONO is now taking the next step to bring this instrumental nature experience to the stage with a full backing band. My first show was scheduled to happen this March in North Hollywood but was canceled with the events of the pandemic. Once safe, JONO will be ready to bring this show back to life and I can’t wait to share these songs in person.

What were you like growing up?
I always had a love for the creative side of life. But I also loved pushing my myself, setting goals for myself and beating them. I was competitive and wanted to be unique in whatever I did. With my dad being a guitarist himself, it didn’t take long for me to discover that music was the perfect outlet for me. His love for Rush bled on to me and I found the world of prog rock so fascinating and it became my foundation. The way artists in that genre pushed themselves sparked a fire in me and soon after, I was learning to play guitar to push myself in the same way. I wanted to push myself so much that my first performance was a talent show in middle school where I “attempted” to play Eruption by Van Halen. Even if it felt out of reach, I wanted to do it. And that mentality is what I still have with JONO. With the current music video that I just shot in Iceland during this past winter, I can confidently say I haven’t changed much and that I still create goals and ideas for myself that seems so crazy and unobtainable. But that doesn’t stop me. 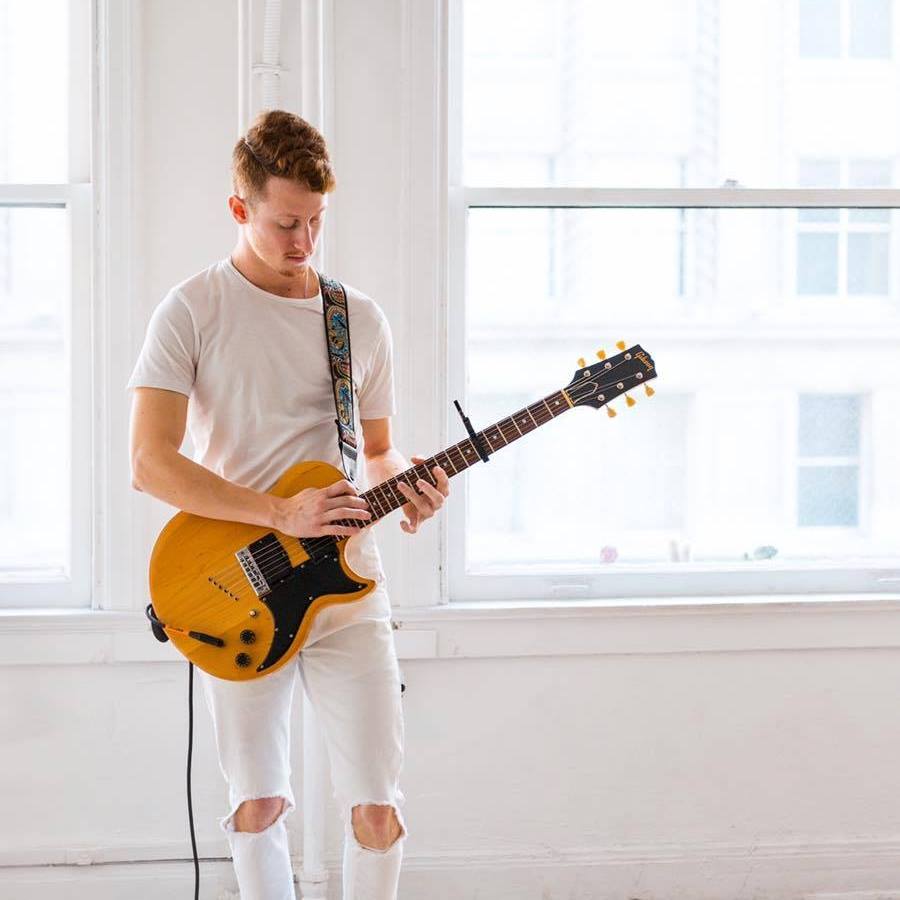 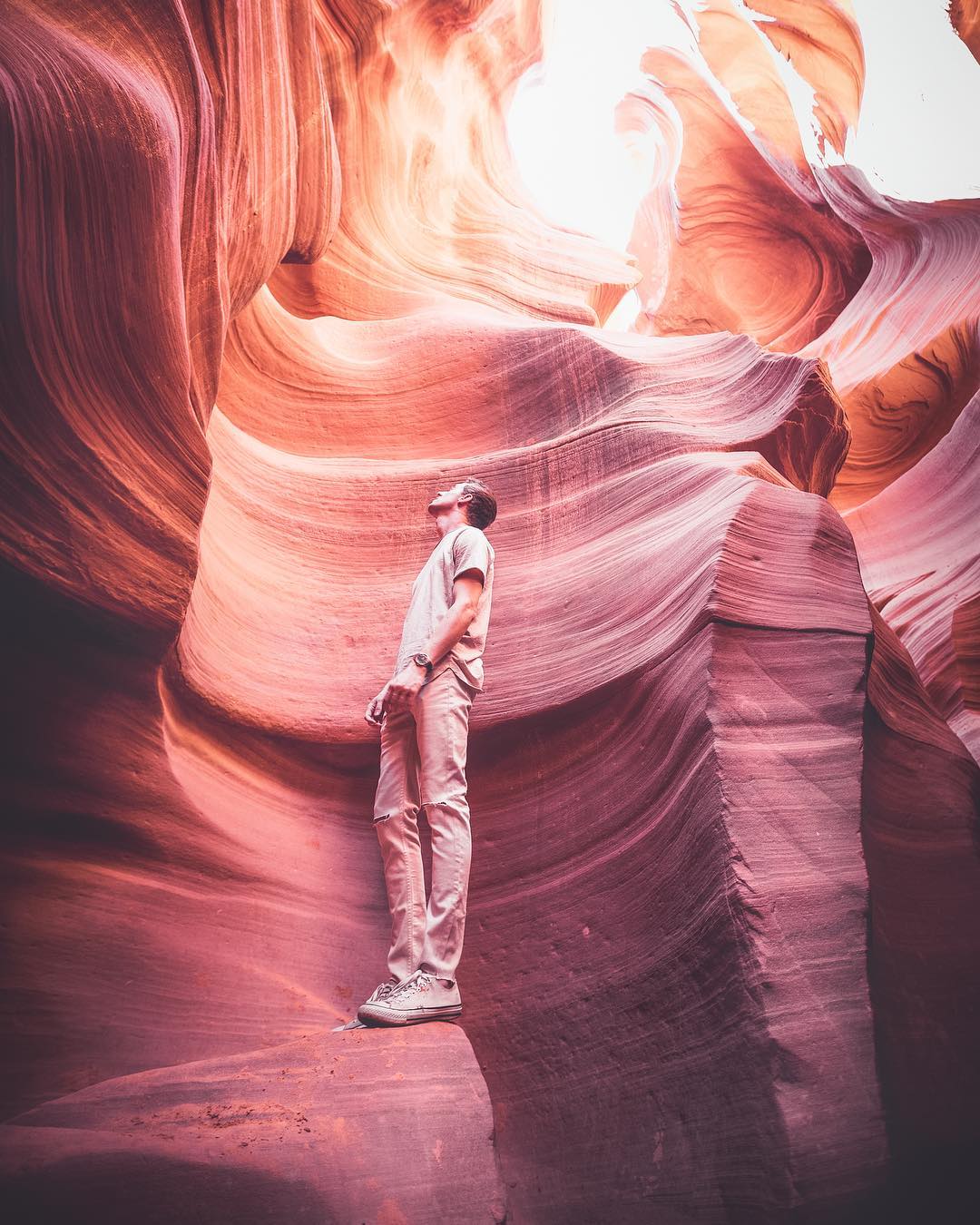 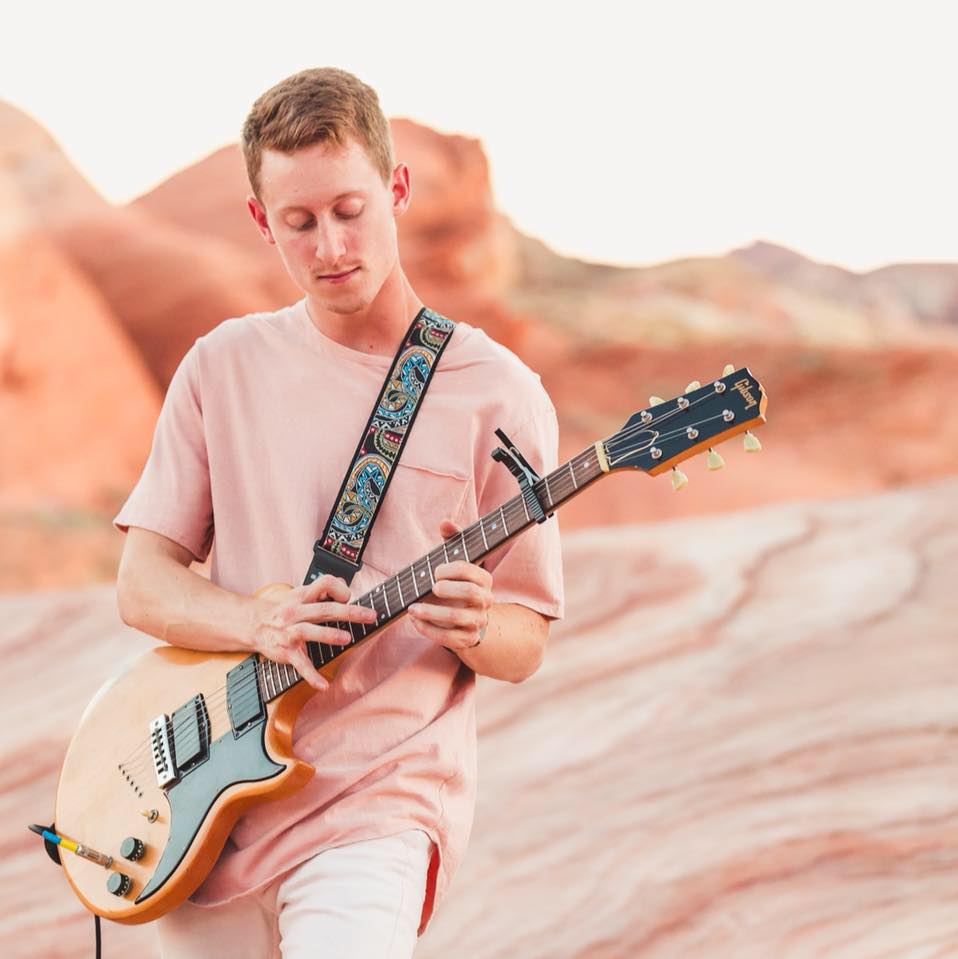 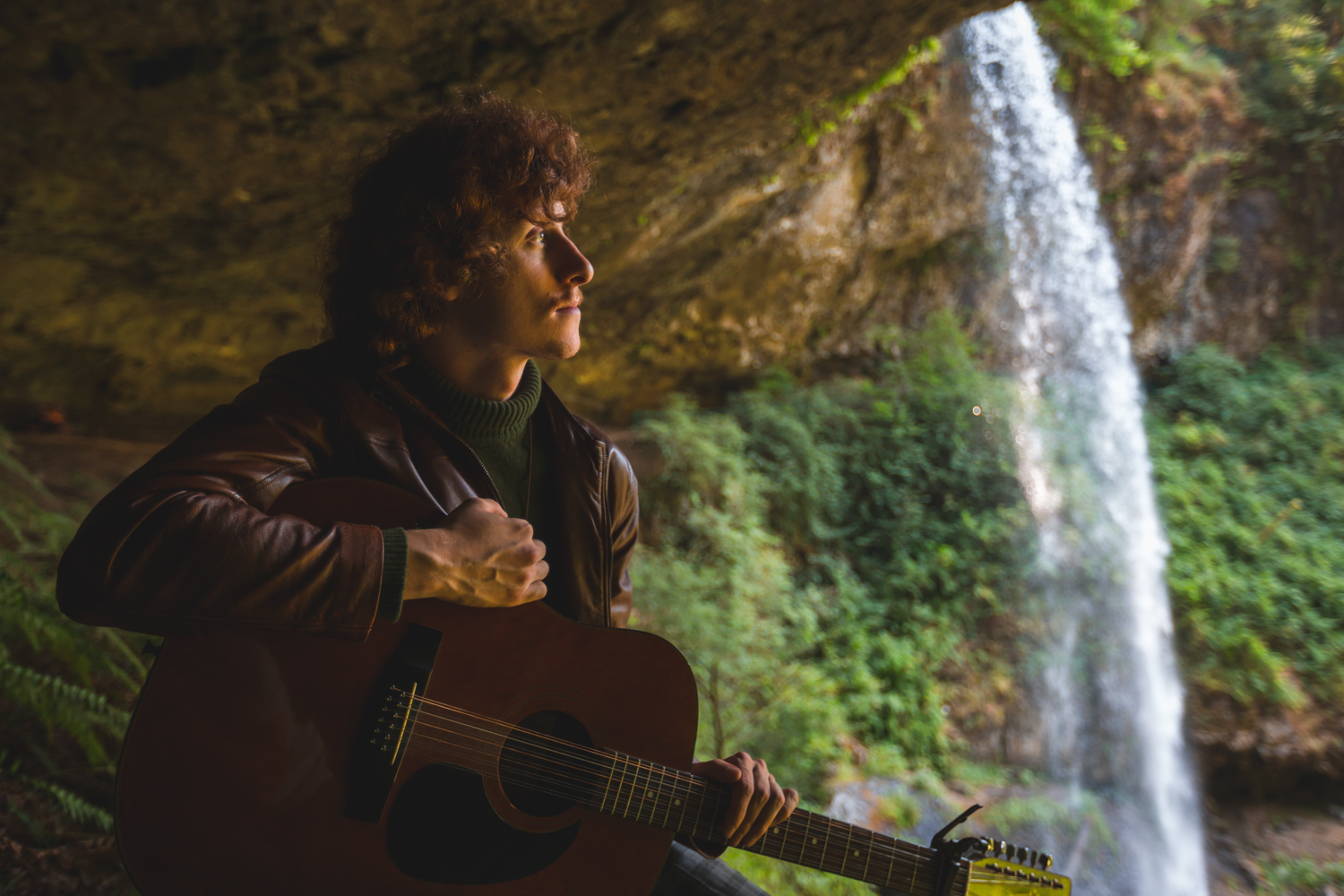 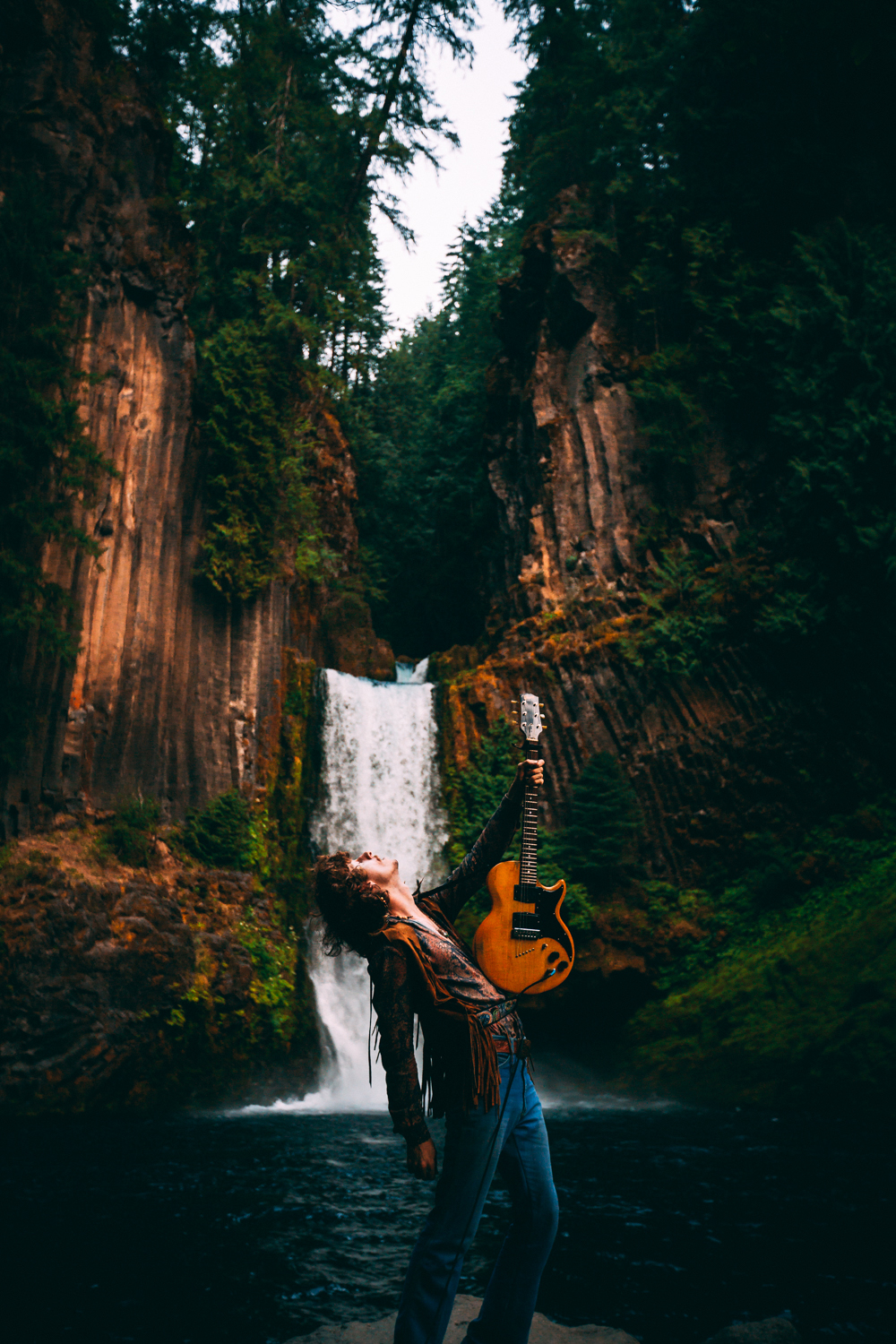 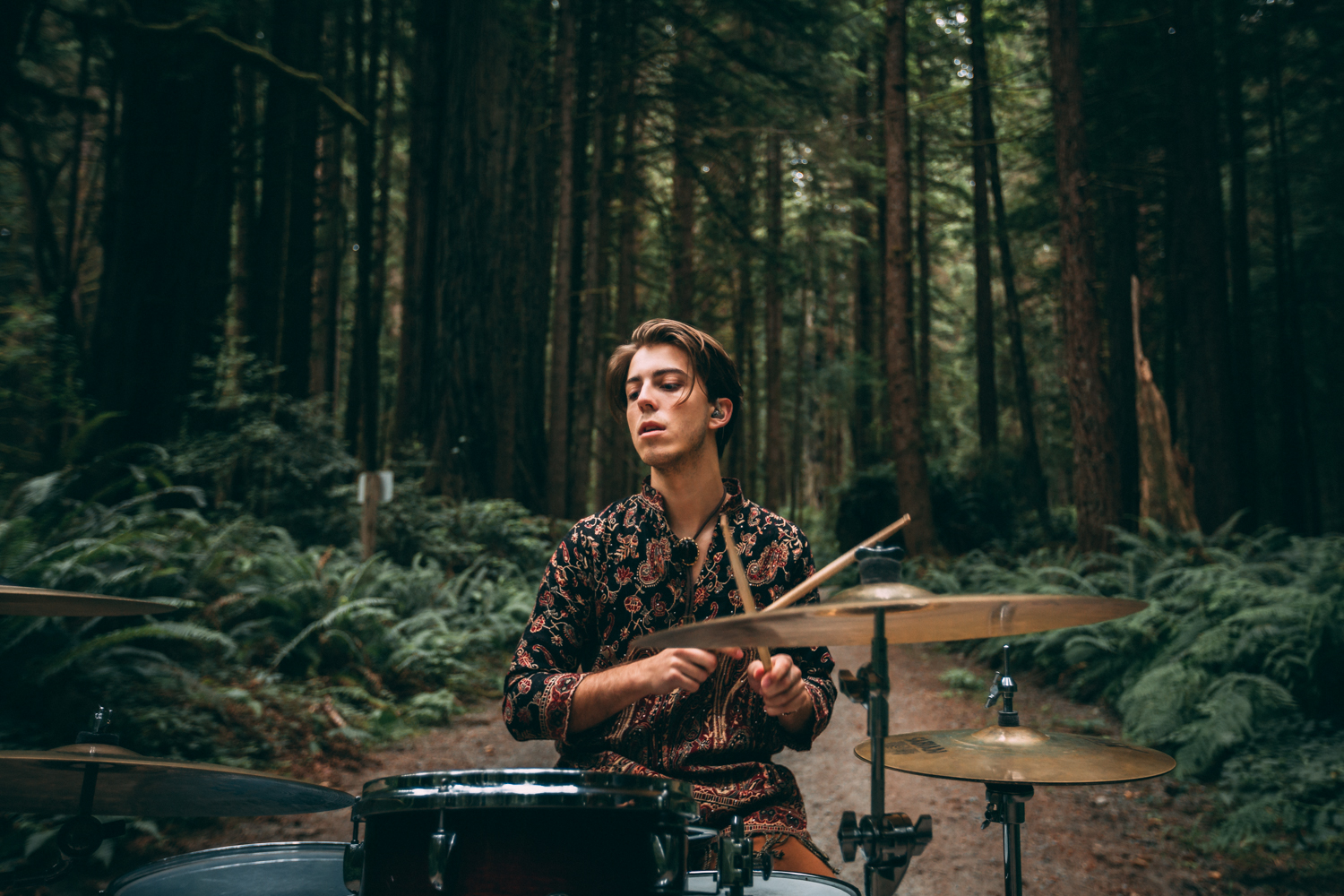