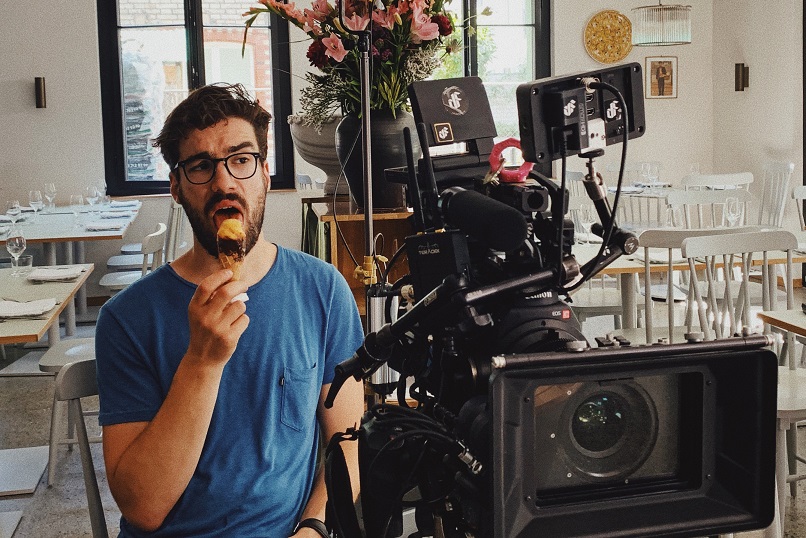 Today we’d like to introduce you to Jonas Fischer.

Jonas, can you briefly walk us through your story – how you started and how you got to where you are today.
I was born and raised in Zurich, Switzerland together with an older brother and a younger sister. My mom is a textile designer and hat maker, and my dad is an architect. They both influenced me early on with lots of art, music and films. My dad loved watching late-night TV reruns of old James Bond films and “Bud Spencer and Terrence Hill” action comedies and the like, which I was sometimes allowed to stay up for way past my bedtime. A movie club for kids introduced me to Charlie Chaplin and other early cinema. All this definitely started shaping my love for cinema from a very young age. With that came a fascination for the actual process of making movies and all the little gears that are turning to create emotions on the screen.

When we discovered our parents’ Video8 camera early on, my brother Luzius and I started making little backyard films. Mostly some sort of chase or action sequence was involved as we tried to emulate the films we saw in cinemas and on TV. Over the years, those projects grew larger and more extensive until we got into making actual short films with a story, characters and plot. My brother, even back then being the producer that he is now, was never afraid to just ask for things, so we got people from the industry involved for stunts, special effects and lighting to help us get started.

Looking for a way into the actual film industry, my brother, our friend and director Jonas Ulrich and I decided to start the still running film production company ‘Dynamic Frame’ in Zurich. That framework allowed us to start making commercials to earn a living and it now has a whole department dedicated to the development and production of independent films.

Over time my visual sensibilities steered away from images that were mostly made to serve spectacle and aesthetics (like in those action flicks I still love) and I got interested in more formal and emotionally effective visual storytelling. Just like other departments on a film, cinematography has a huge impact on the authenticity with which characters and their emotions are portrayed. And I think both authenticity and specificity are things I look for in cinema. The more specific and accurate a story is depicted in a film, the more universal it becomes and the more it can resonate with all kinds of audiences. A more generic story with generalized characters and a non-specific visual language tends to lose purpose or relevance. I think it’s in the responsibility of any filmmaker to strive to tell stories that are unique and speak truth. It’s hard to put your finger on, but you know it when you see it.

Has it been a smooth road?
Switzerland is a very small and overprivileged country and many swiss people like to guard themselves off from the rest of the world. The swiss film business also somewhat reflects that. There is quite a large cultural funding program run by the government, which is also almost the only way to get any film project financed. An actual market really doesn’t exist. It is both freeing and inhibiting to have to rely on government money. Films don’t have a big incentive to make their money back. Despite this, there is a small but very active community of younger filmmakers who are working to break out of some old conventions of swiss films which is very exciting, and which is a movement that I always aspired to be a part of.

For the first five years in our new company, we primarily worked on commercials and so I got my professional start shooting tv commercials, corporate films and the like. We really didn’t have an existing network of clients so it took us a while until we got the business up and running. Commercials are great to get lots of experience fast with the nice bonus of getting paid. I learned to appreciate them at that time because they are great for experimenting and sometimes you go places that you wouldn’t normally get to see, at times of day you would usually still be sleeping. But my heart lies with narrative filmmaking so wanting to both break loose from the commercial industry in Switzerland, and to educate myself beyond the level of self-taught, set me on a path to Los Angeles.

Attending the AFI cinematography program was high on my list. It felt like the perfect time to “take off work” for two years to take a deep dive into the art and craft of filmmaking. The inclusive community, friendship, love, and appreciation for the art form I encountered there when I was accepted was beyond what I could have imagined. Moving to a completely different country and social landscape can allow you to reinvent yourself and shape your voice in the process.

An old romantic dream of mine had always been to work on films in Los Angeles and be behind the scenes where the movie magic happens. The Hollywood of my dreams in its golden age definitely doesn’t exist anymore in the same way, if at all, but in many ways it seems to have been democratized and opened up, allowing for more voices to express themselves.

Growing up, I definitely was a very curious kid. I loved learning new things about the world with non-fiction books about anything and everything. Trainsets, Legos and science kits were hard to keep away from me. Music also plays a big role in my family (everyone learned at least one instrument). I started with the violin, but when I got bored I switched to drums. So, while my parents and my grandmother were busy shaping my artistic brain, my grandfather, who was an engineer in the aluminum industry, made sure that I got interested in the mechanical and technological side of things with lots of crafty projects. This growing fascination with technology led me to get a 4-year education as an automation engineer, learning about electricity and robotics. During that time though, I started realizing that this wouldn’t be what I wanted to do with my life. Any off time on my job I spent reading in forums and devouring articles about cinematography and filmmaking. On the weekends, I was out making films with my brother and friends.

I slowly discovered over the years is that expression of creativity is one of the most important aspects of my life. And I look at it in a very literal and general way. I find it in cooking, composing or playing music, filmmaking and photography. Even in finding creative solutions to technical problems. Any day that I don’t get to do either of those things, even if it’s on a well deserved day off after a long stretch of work, I get frustrated and antsy.

What I like about writing music for example is that it’s something that I can truly spark myself and makeup something from a blank page. Not many resources are needed to do that either. As a cinematographer, I rely on the ideas of others to do my work and it takes a lot to get a film made. But therein also lies one of the most fulfilling aspects of filmmaking. The community and collaborative nature that is inherent in the art of film is something truly special that, in my eyes, elevates it to another level as an art form. I think I could find and have found creativity in various fields, but cinematography combines many things that I love: Creativity, collaboration and technology. It has been the venture in my life that most captures my whole imagination and wonder about humans and the world we live in. And I’m so lucky to be in the city where it’s all happening. 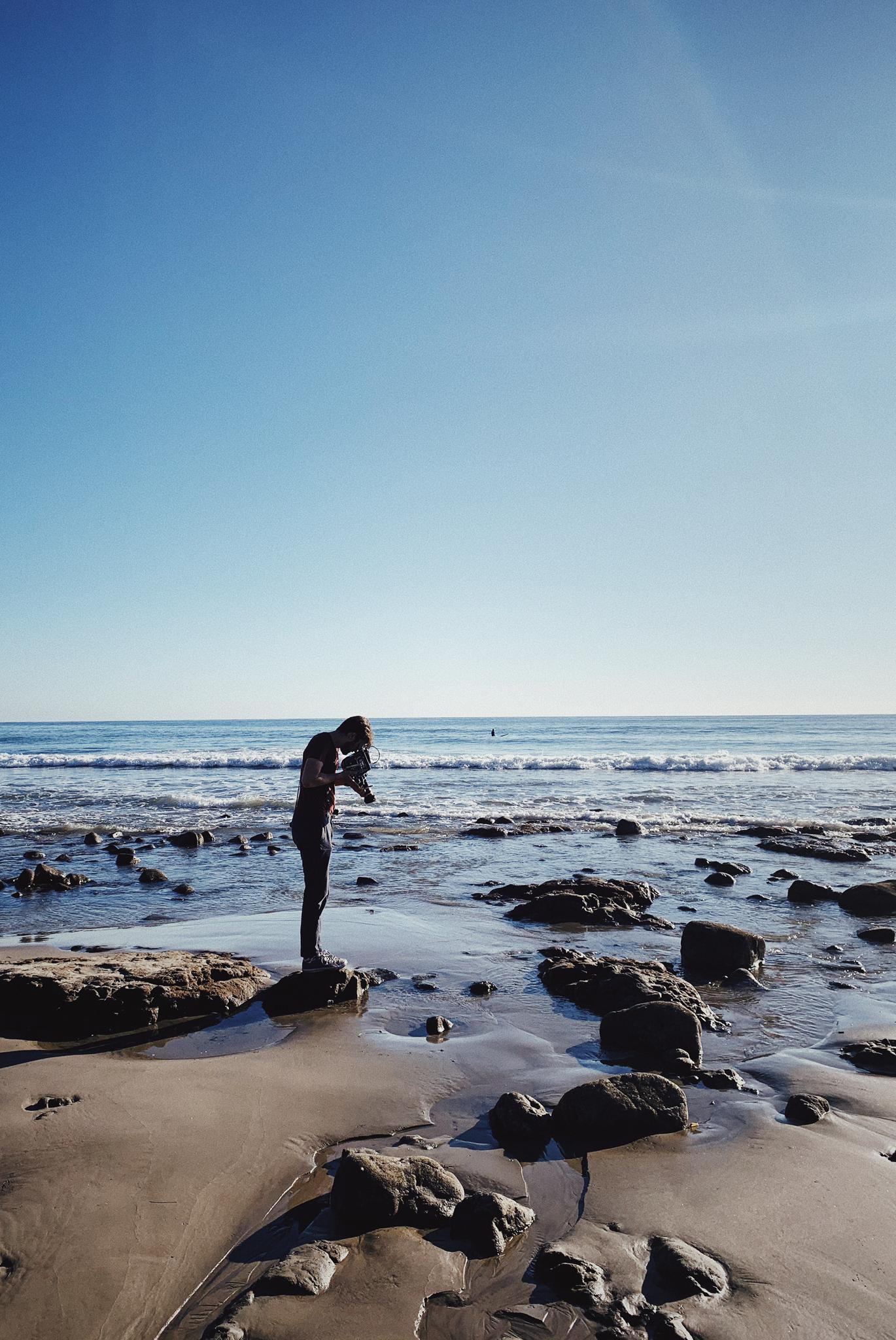 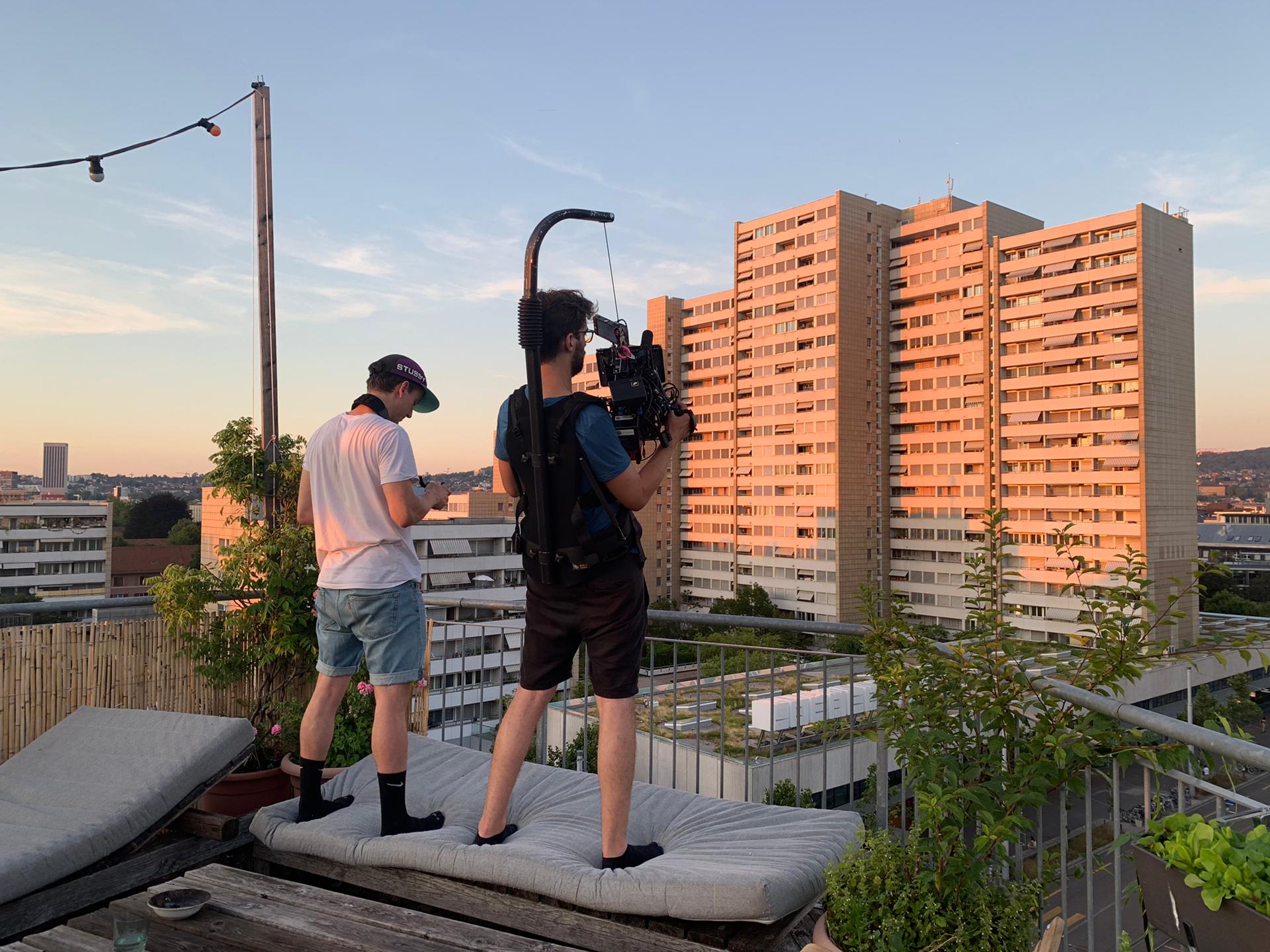 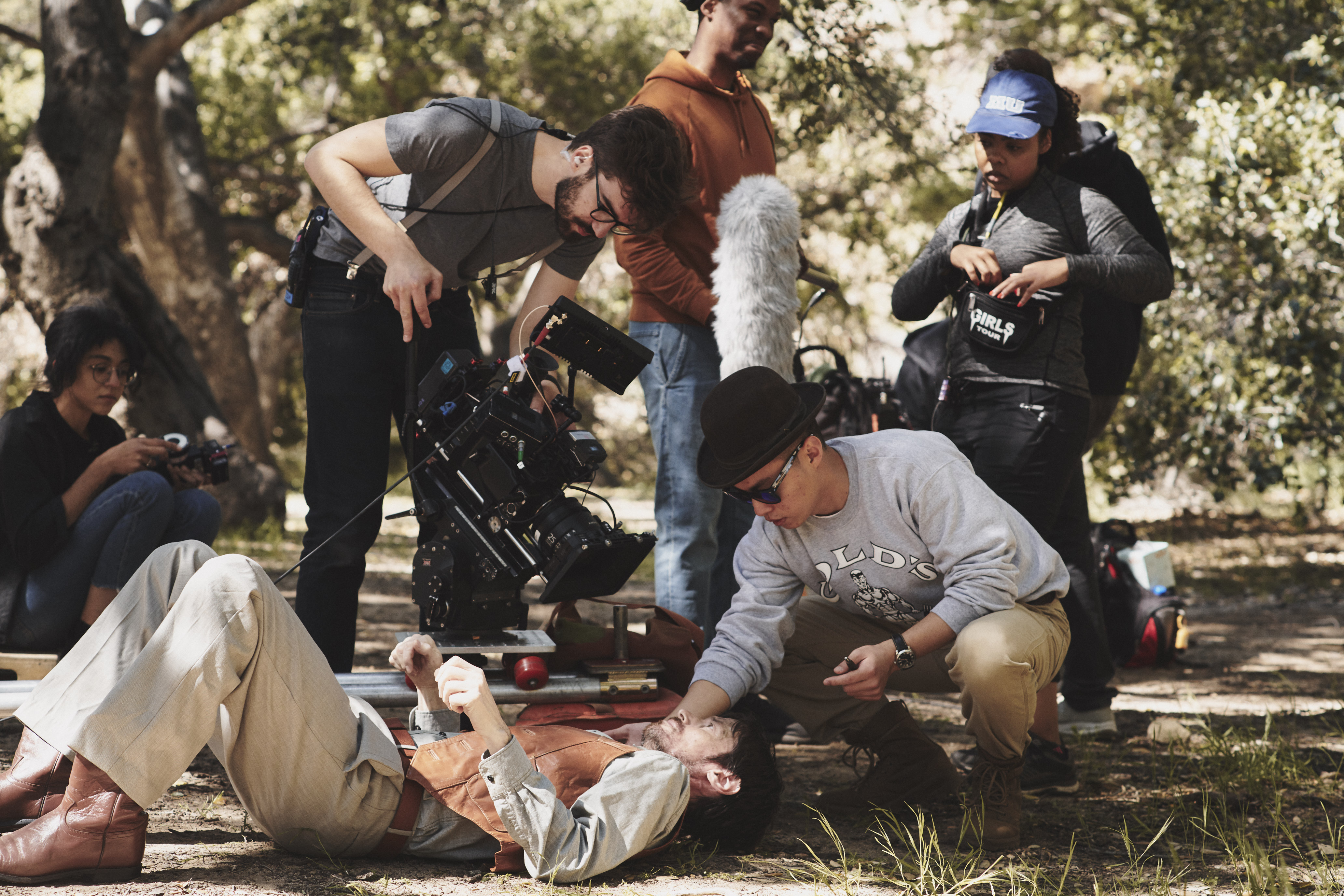 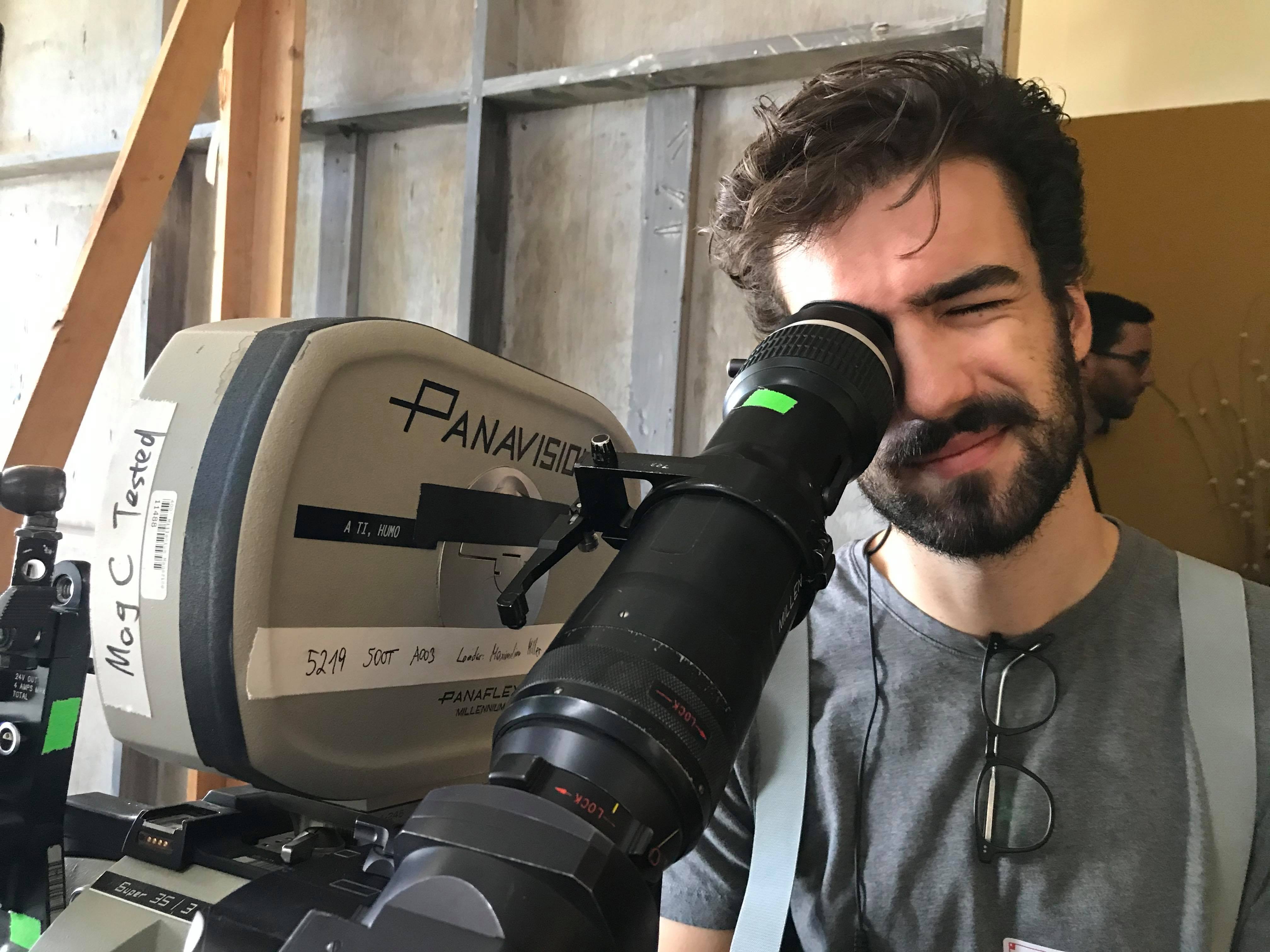 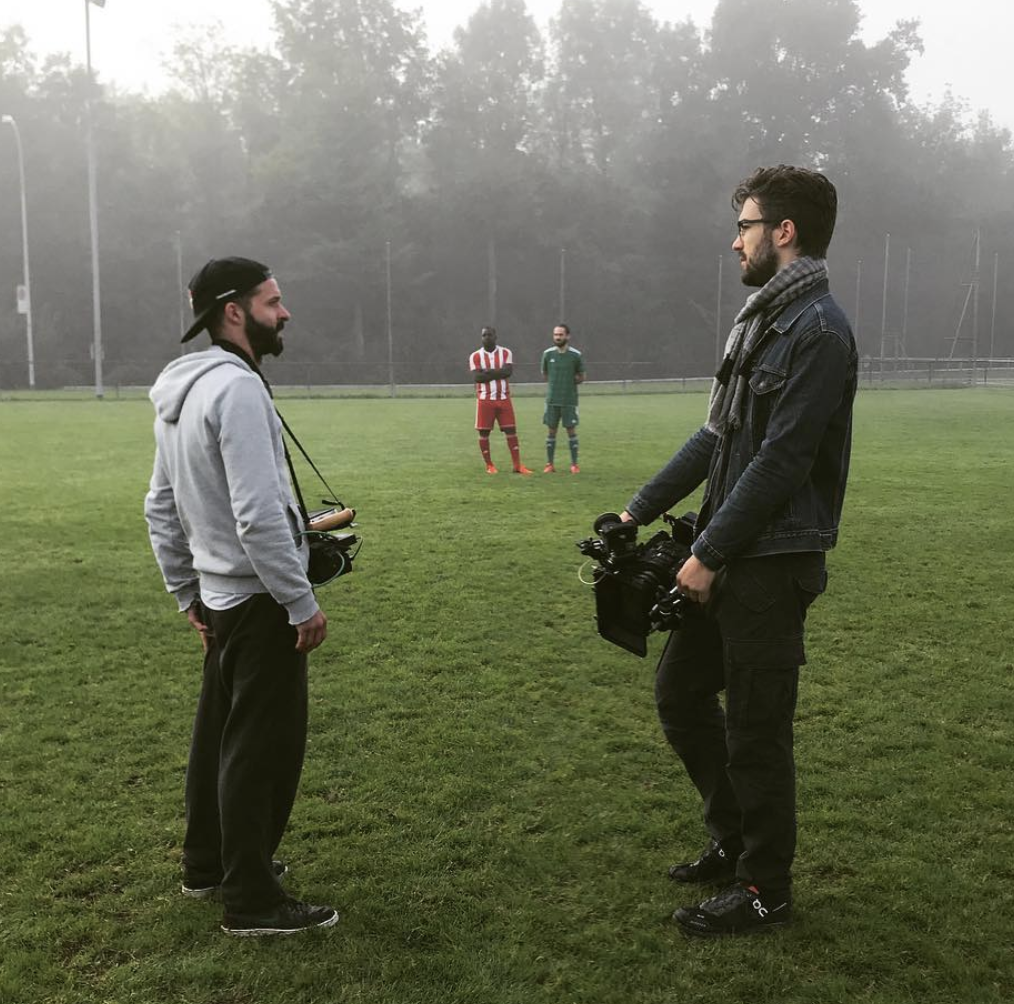 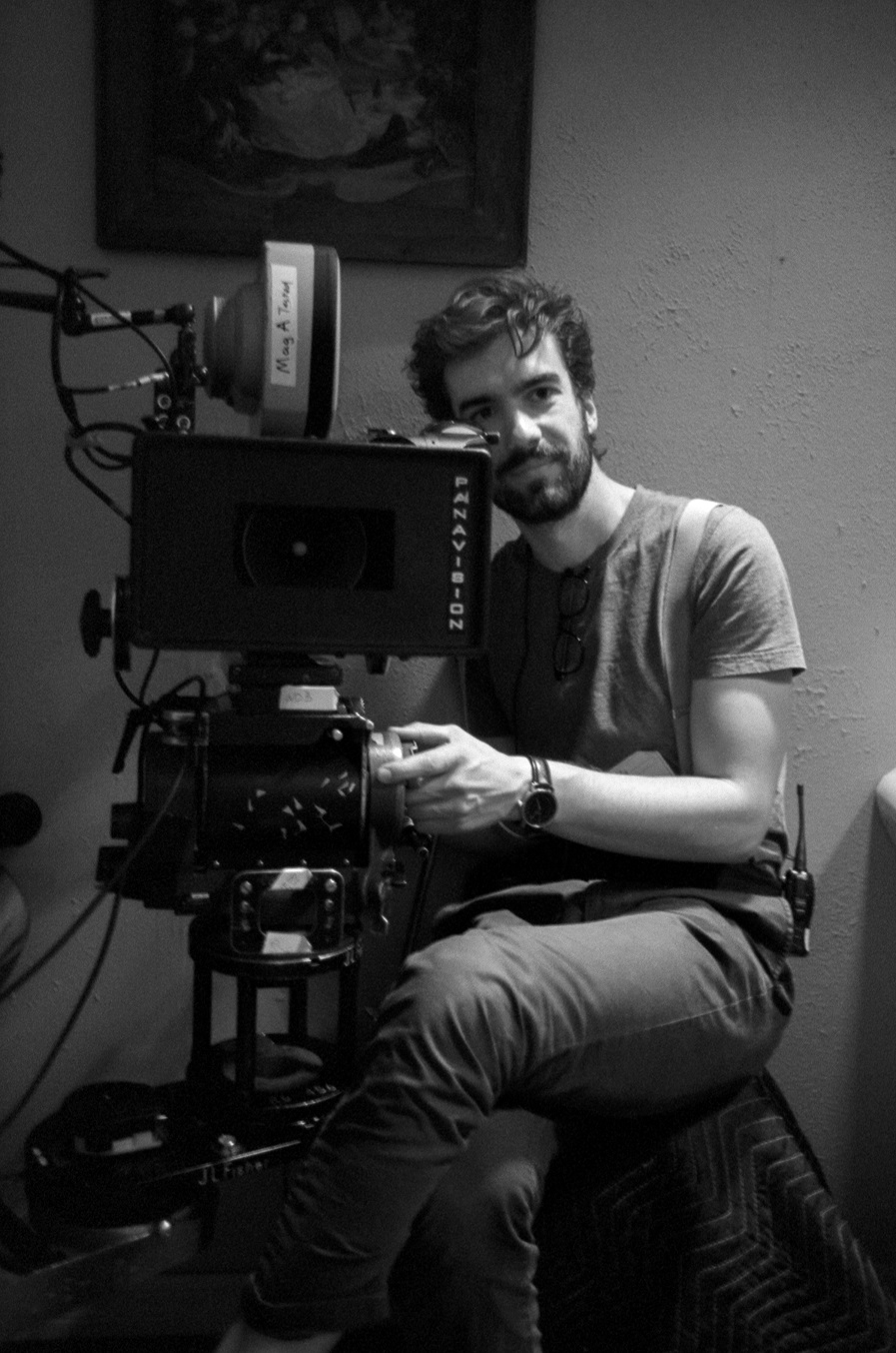 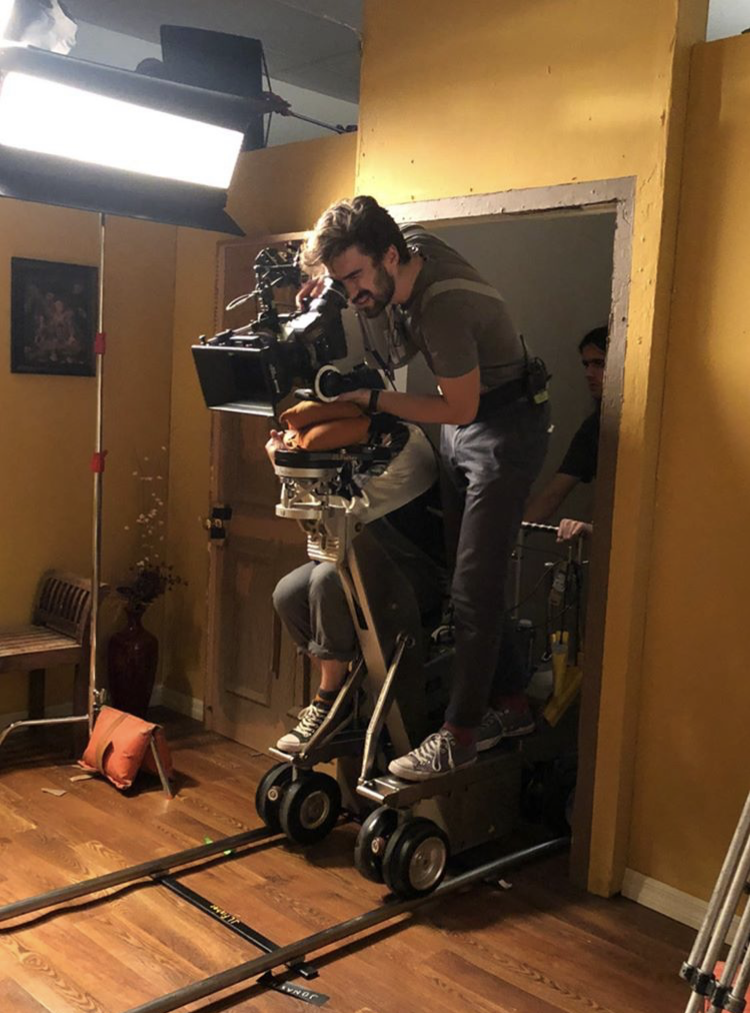 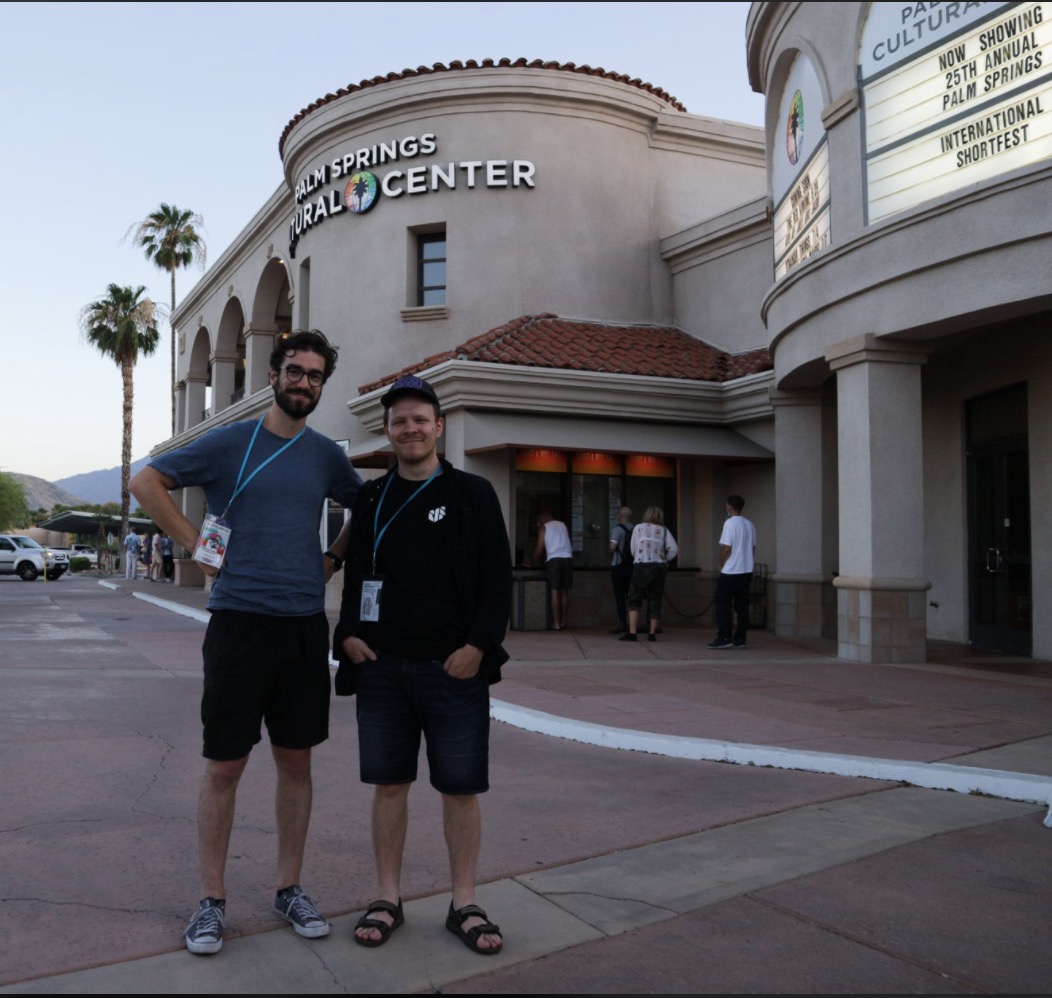