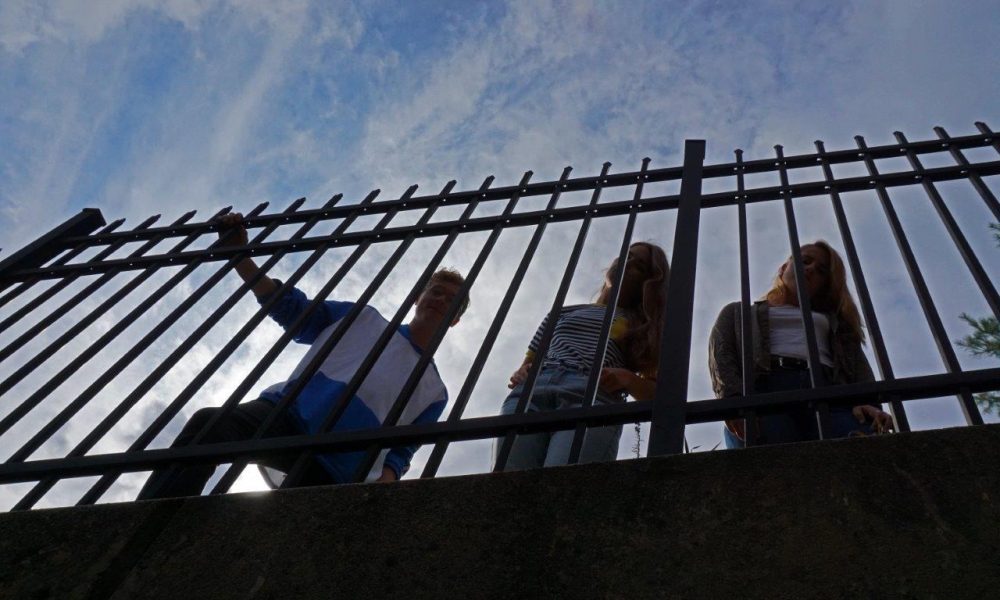 Today we’d like to introduce you to Jon Walter, Kaitlyn and Hallie Ivory and Jae Grenier.

We have always had creative outlets ever since we were little. In elementary and middle school, we wrote comic books starring our pets as superheroes, made our own trading cards, and drew our favorite characters. The three of us grew up in the same neighborhood in the small town of Ashland and worked with various local bands before deciding on the name Pink Palace. Jon has had an interest in music since he first saw a guitar and has been playing for 12 years. Later in high school, Hallie picked up the bass and has been driven to learn as much as she can about music. Kaitlyn started working with us in the songwriting process, leading to dozens of finished songs. We officially started this group in the summer of 2018 with our sorrow-tinged debut EP, “Radio Silence”.

This project came about after a year of changes, as Jon moved away to study at Berklee College of Music, leaving Hallie and Kaitlyn behind in Ashland. A lot of these tracks stem from the feeling of coming back home from college; this feeling of something so familiar becoming nostalgic almost overnight. This topic also inspired our newest EP “End Credits”, which we released during the lockdown. We had been planning to release an album but the changes brought by the pandemic gave us a new perspective and inspired us to put together a shorter project. After this EP, we had the opportunity to release our Lo-Fi single “Someone to Hold” with Delilah Brao and Donovan’s Playground through MrSuicideSheep’s label, FoundRed.

Hallie and Kaitlyn met Jae Grenier at college in Providence through an accidental crossing of paths. Hallie and Jae clicked immediately. After connecting through common musical interests and several jam sessions, Hallie and Kaitlyn knew Jae and Jon were destined to meet, especially after Jae’s performance in the male beauty pageant on campus. Upon arrival at Jon’s apartment in Boston, the group knew they had found all the pieces to their puzzle. The covers started to be recorded, and lyrical compositions were built. The palace began its reign.

Great, so let’s dig a little deeper into the story – has it been an easy path overall and if not, what were the challenges you’ve had to overcome?
Ever since we started writing music together we had trouble finding our voice. None of us were confident in our singing for a while, but we have pushed out of our comfort zone and contributed vocals to just about every song. Meeting Jae has given us a more powerful voice and we’re really grateful for what he brings to the table.

Jon is two years older and his departure to Berklee was the first time in our lives that we haven’t been a few houses away from each other. This transition took time, but we were determined to keep the band intact, and continued writing and releasing music. Among the other distance issues, the process of keeping to ourselves during quarantine, although necessary, made it harder to collaborate as a band. Our timeline wasn’t so lucky either. All four of us all came together for the first time in late February. The proposed gigs, meetings, and studio sessions seemed to fade.

However, through following our state guidelines, we believe we will be able to get back in the swing of things sooner rather than later. Due to the ongoing pandemic, we have more time than ever to prioritize new releases and continue to work towards our debut album.

Pink Palace – what should we know? What do you guys do best? What sets you apart from the competition?
Each of us brings our own unique strengths to the group. Jon produces all of the songs and works with the band during the writing process. Hallie provides performance on the bass to our tracks and helps with organization of the group. Kaitlyn brings tons of lyrics to the table and sees it through that each phrase is essential to the story. Jae offers his own lyric and musical ideas along with his expressive voice. We all have an eclectic range of inspirations but have common ground in artists such as Jeremy Zucker, The Japanese House, Ricky Montgomery, and MOSSS. We try to experiment with different styles, from the jazz influences from Berklee, the rock and alternative music we all grew up with, to the Lo-Fi pop sounds of Clairo. We want to make a mix of genres that is fresh and interesting for our listeners.

We don’t have the most organized writing process. Sometimes it will start with a couple of lyrics or a simple beat, and through a rush of inspiration it can be finished later that day. In our song “The Way I Do”, Jon made the track during Thanksgiving, and a couple of days later Kaitlyn sent over lyrics without even hearing it. An idea for the melody came while Jon read the lyrics, and he knew they fit with the track perfectly. Jon has studied electronic music production and is excited to put it to use in the upcoming remix of “The Way I Do”, releasing on September 18th.

What moment in your career do you look back most fondly on?
Jon: I met some amazing musicians on my first day at Berklee, including two talented drummers, Chris Dee and Jacob LaBounty. We’ve lived together for about three years and they have played on many of our tracks. When I introduced them to the rest of the band, we all clicked right away. They are always ready to hop in the studio to record something new or give an opinion on a song. Jacob also produces music as LaBøunty and helps weigh in on the production of our tracks.

Later on the first day, I met Delilah Brao, who has been a great friend and frequent collaborator and vocalist on tracks such as Summer May, Worth Less, and Someone to Hold. She has been a big help with performances in the past, along with being the missing piece on some unfinished tracks. I often co-write with her and Matthew James Hemmer and these sessions always work out naturally. I have been very lucky to have the chance to study.

Kaitlyn: While at college, I met the talented JRB (Josh Buono) where our passion for creating instantly brought us together. His dreamy and otherworldly edits fit perfectly with Pink Palace’s style and I knew I had to introduce him to the rest of the band immediately. JRB’s music video for our single “The Way I Do” perfectly encapsulates the dream-like aesthetic of our music, and he’s been helping us out with visuals ever since. 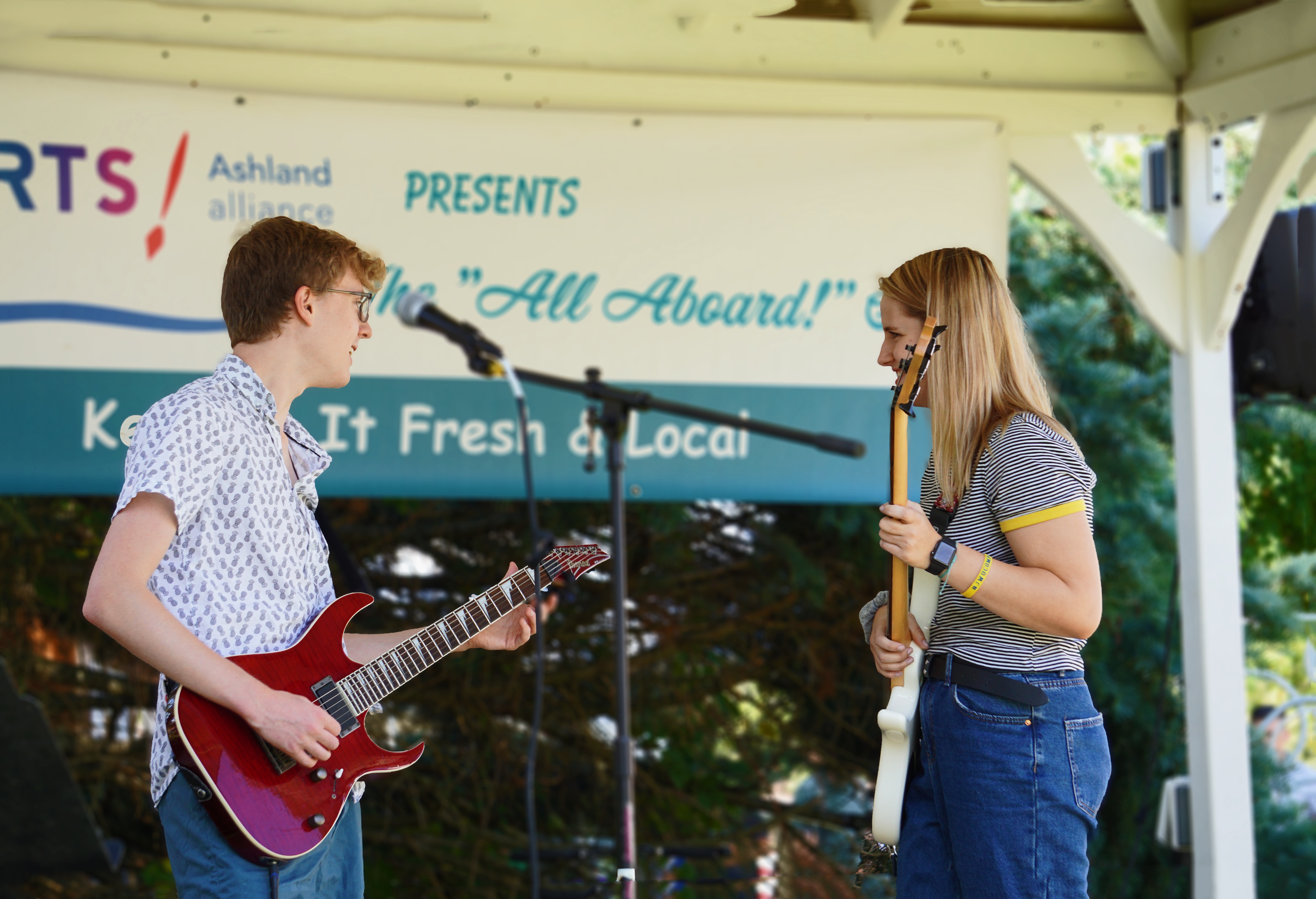 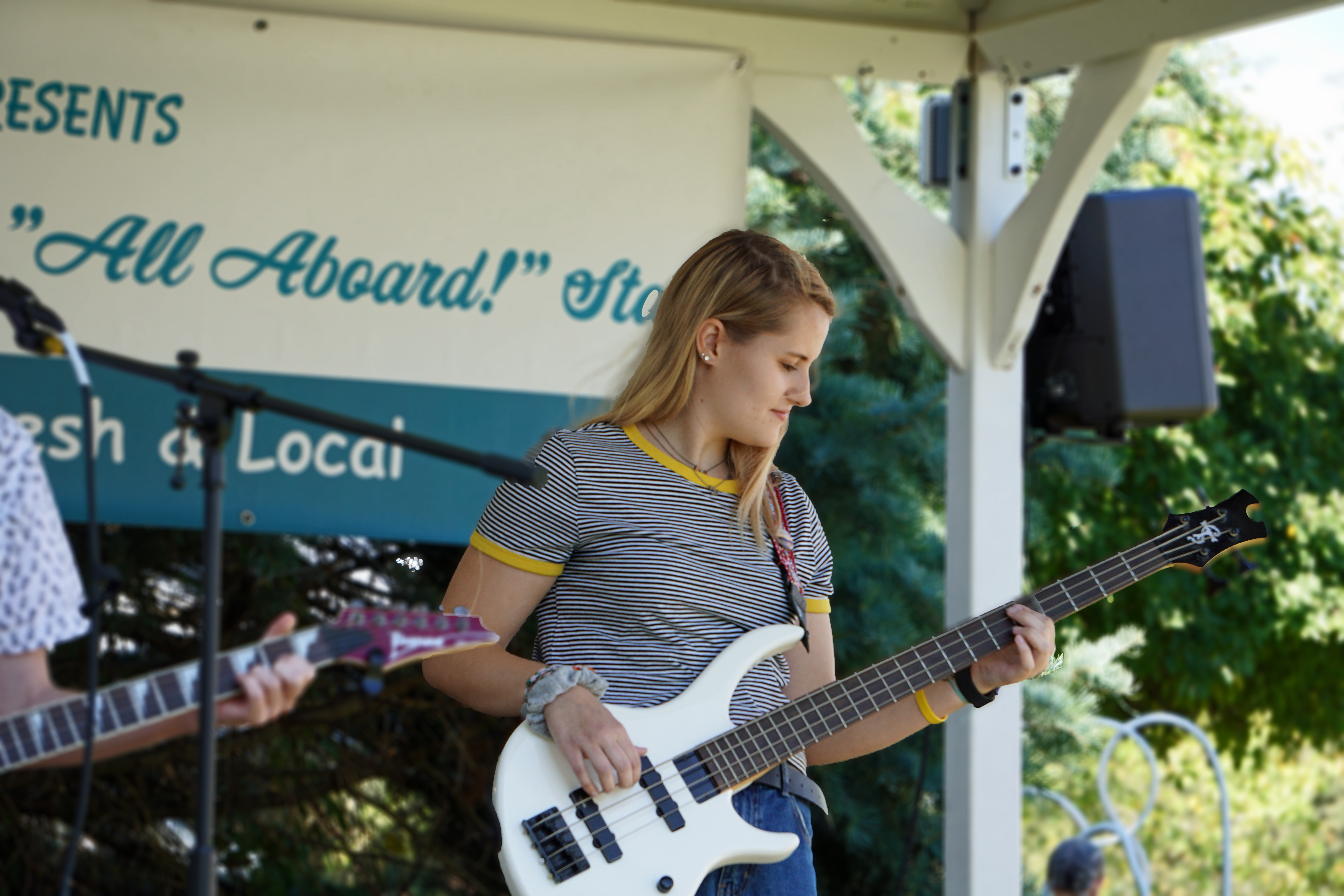 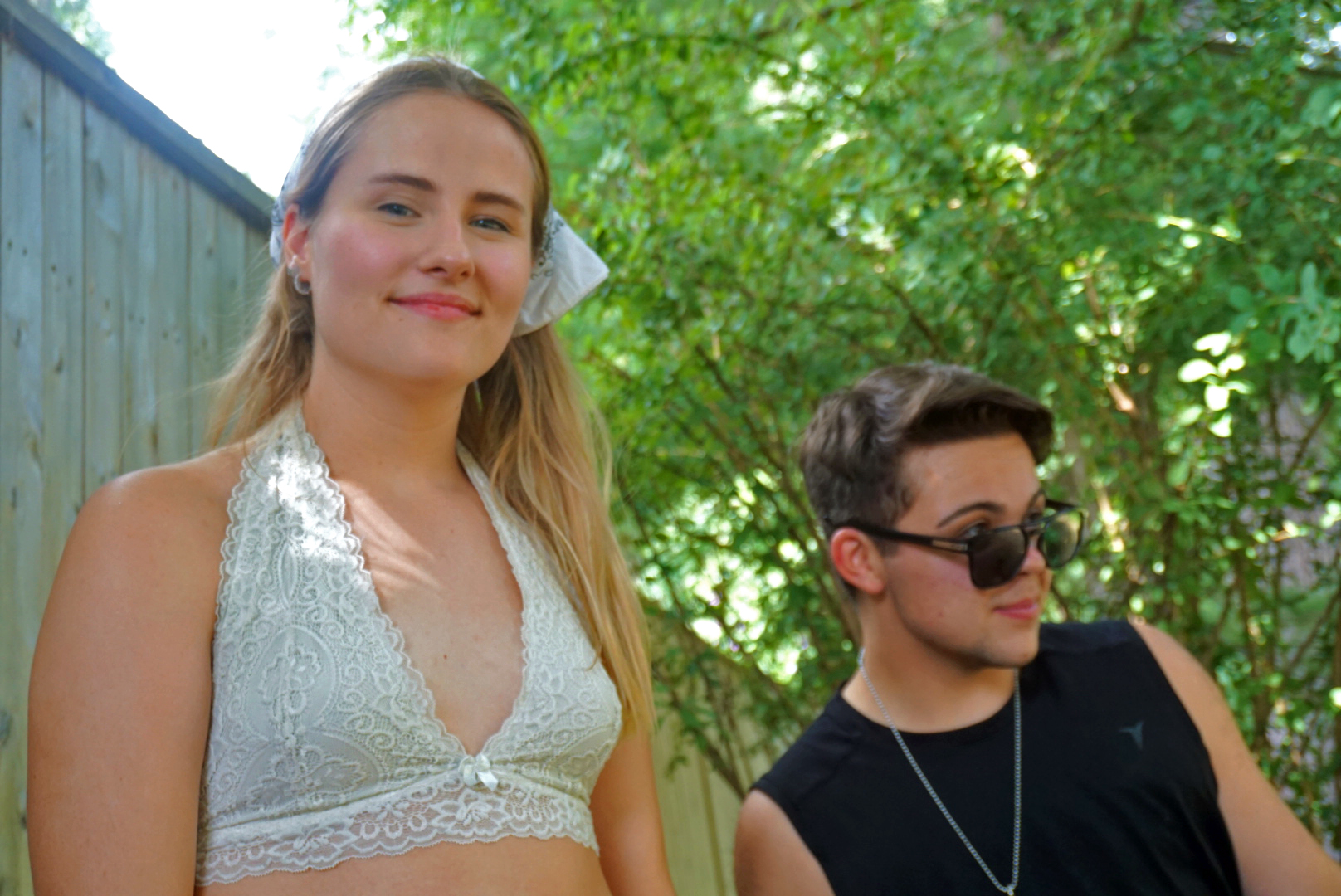