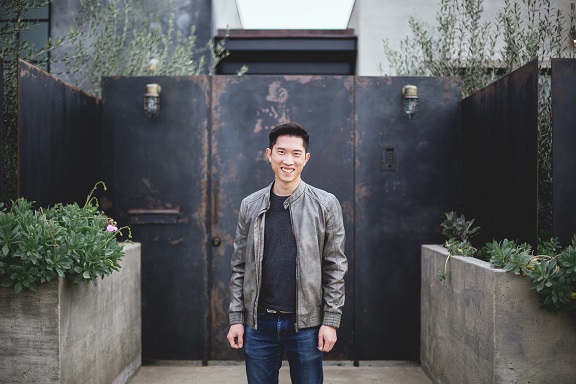 Today we’d like to introduce you to Jon Ong.

Hi Jon, so excited to have you on the platform. So before we get into questions about your work-life, maybe you can bring our readers up to speed on your story and how you got to where you are today?
My musical journey started with picking up the guitar as a teenager. I taught myself by printing out guitar tabs and figuring out how to play them on the guitar. Even though I had previously taken violin and piano lessons, the guitar captured my attention in a way other instruments couldn’t. It was such a relevant instrument to me – many pop songs at the time had guitar parts and I could play them for my friends. 14-year-old me thought it was cool. (Plus, a fantastic way to gain social currency with girls 😂)

Almost a decade later, the guitar got me into Berklee College of Music. I auditioned and got a scholarship with my jazz-fingerstyle arrangement of ‘Somewhere Over the Rainbow’.

At Berklee, I was a first-call session guitarist and played with many visiting artists and concerts. I loved the adrenaline of playing live shows and being in front of a live audience. When it was time to select a major though, I chose to do Film Scoring. I decided that in the long run, a career in film scoring was the better choice for me, an introvert.

I moved to Los Angeles straight after graduation. The first few jobs I had included being a runner, doing internships and assisting composers. Over time, I was given opportunities to do additional music for Nick Urata. I have fond memories of working on “Paddington” – of going to AIR studios and hearing the score performed by the orchestra. I remember being in awe of how beautiful it sounded in that space.

Another special moment in my career was watching the theatrical release of one of the first feature films I scored – ‘Moose’. I was able to invite my friends to the premiere and it was wonderful to share that milestone with them.

Currently, I’m working at 14th Street Music, writing music for Lorne Balfe. I’ve been fortunate to be able to contribute music to shows such as ‘The Wheel of Time’, ‘Dopesick’ and ‘Pennyworth’. My work highlight of 2021 was conducting the final medley at ‘The Game Awards’. It was simultaneously the most terrifying and exhilarating 15 minutes of my life.

I’m sure you wouldn’t say it’s been obstacle free, but so far would you say the journey have been a fairly smooth road?
As an artist, I think it’s a common struggle to feel stuck – either not being able to progress in your craft, or trying to break through a certain stage of your career. There have definitely been times when I felt like I didn’t know how to improve my skills or get the projects I wanted. Rejection becomes a familiar feeling too.

For every project won, there are many lost. Oftentimes, people simply don’t like your stuff. Music is subjective, so that’s to be expected, but that doesn’t make the pill any easier to swallow. My skin has fortunately grown thicker over time.

I’m from Singapore, and being an international person means you must continually show proof that you deserve to stay and work in this country. Even after all these years, I’ll never forget the waiting period before my first work visa was approved, I didn’t know whether to prepare to leave or stay!

Most recently in 2020, I found myself suddenly searching for more work due to the pandemic. To fill my extra time, I went back to my guitar and started live streaming on Twitch. I then began composing live in Cubase and was surprised to find that people enjoyed the process. I’ll always be thankful for that season and the community I was able to build through my music. It allowed me to learn new skills, hone my craft and continue my music journey.

Appreciate you sharing that. What else should we know about what you do?
I am a composer who primarily writes music for TV and film.

However, over the years I’ve discovered that being a composer is so much more than just writing music. So I’m also a mixer, producer, synth designer, recording engineer, and a businessman.

My favorite analogy of this is being a chef. You begin with good ingredients that need to be prepped, marinated and then begin cooking, mixing in a balanced amount of spices (taste and tweak!). Next, plate the dish beautifully before finally presenting it to the customer. You have to have a vision of what the dish should be, but also be flexible in fine-tuning until it’s just right.

I’ve always had an interest for technology and music technology in particular. Trying new software, plugins and sounds that help streamline processes is really enjoyable to me. Often, I get inspiration by playing around with tech. It’s amazing how so much of this is now accessible to us on a single computer.

I love being able to explore new territories and push boundaries. Every composition is new, and every project is different. Lately, I’ve been experimenting with sounds from Southeast Asia. Before this, I was playing around with orchestral sounds and guitar textures. The act of creating something is special, and it’s why writing music will always be interesting to me.

Let’s talk about our city – what do you love? What do you not love?
The best thing about LA to me has got to be the food. The variety of options are limitless, or rather, limited only to how far you’re willing to drive. My go-to street for food is Sawtelle and if I ever leave LA, that’s where I’ll be having my last (five) meal(s). The quality of fresh produce is also amazing to me. I never knew how tasty a tomato could be till I tried an heirloom during tomato season. Delicious. 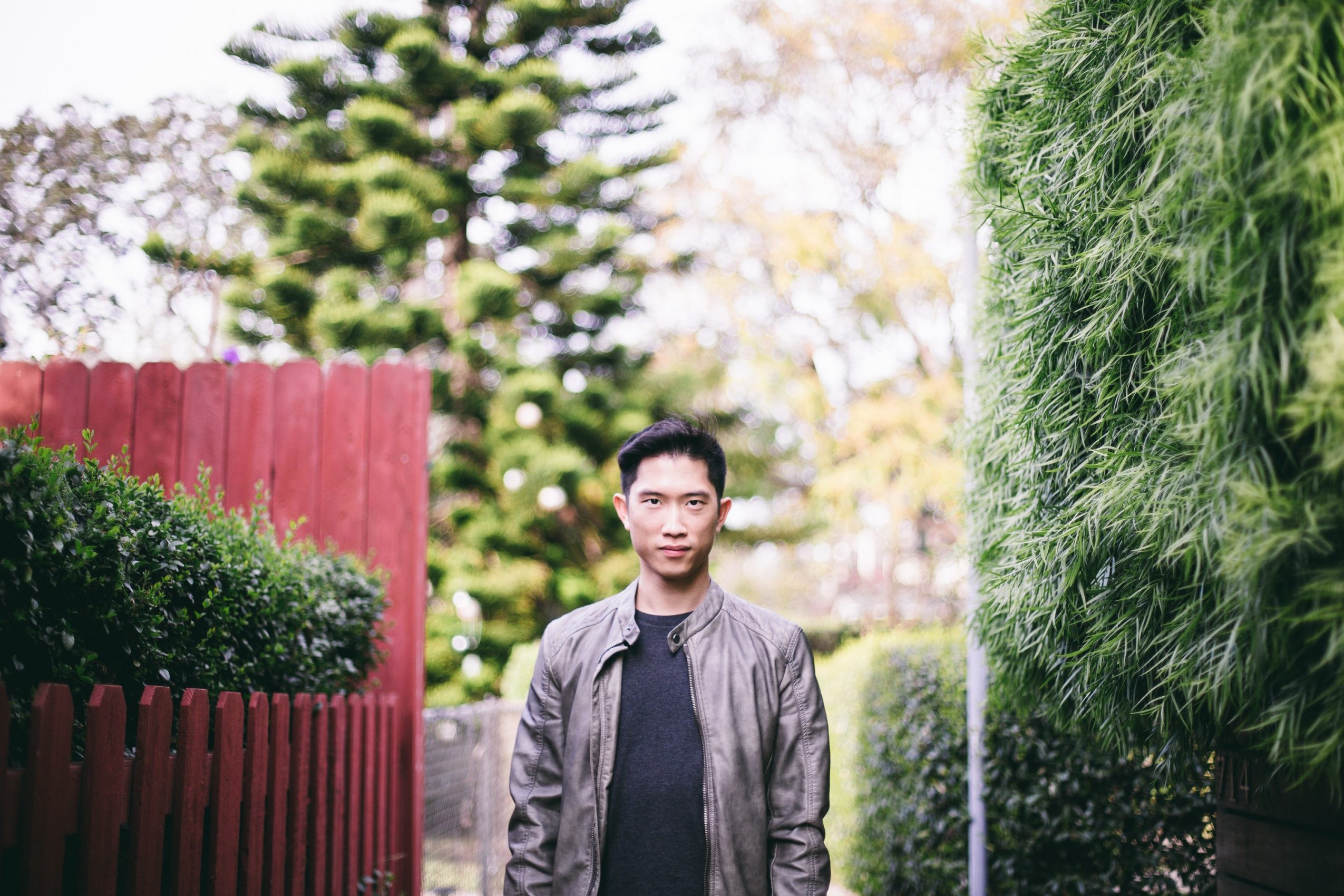 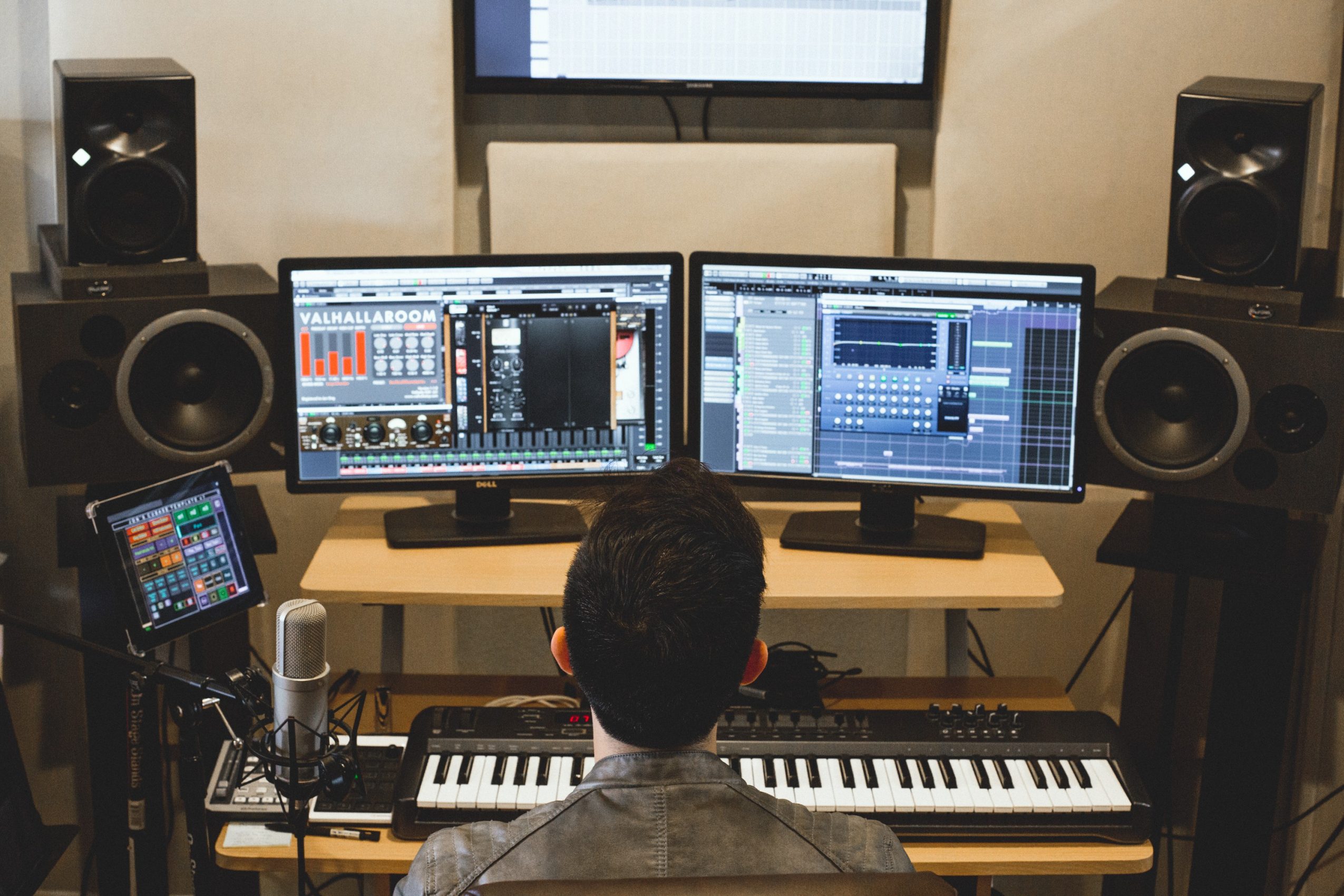 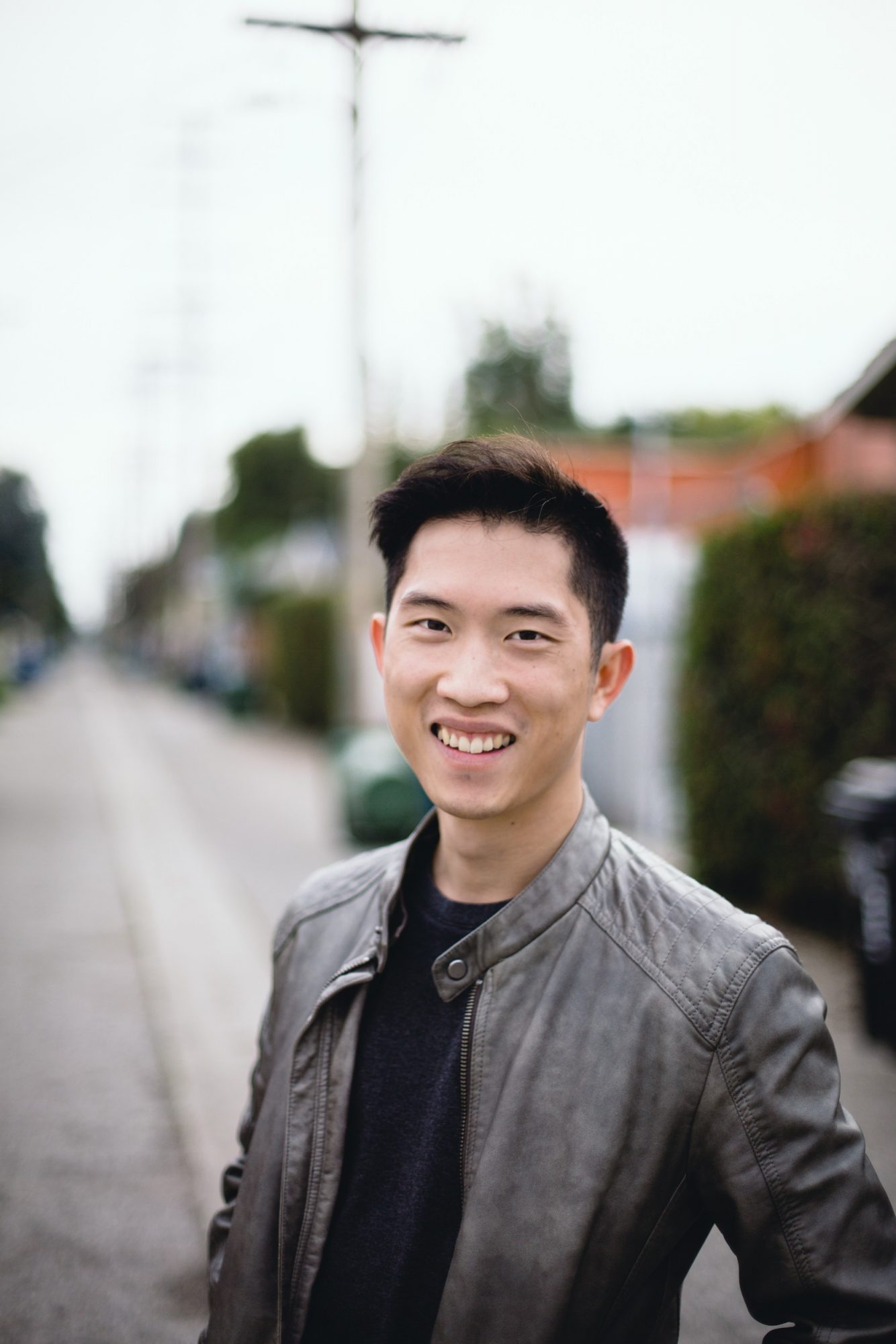 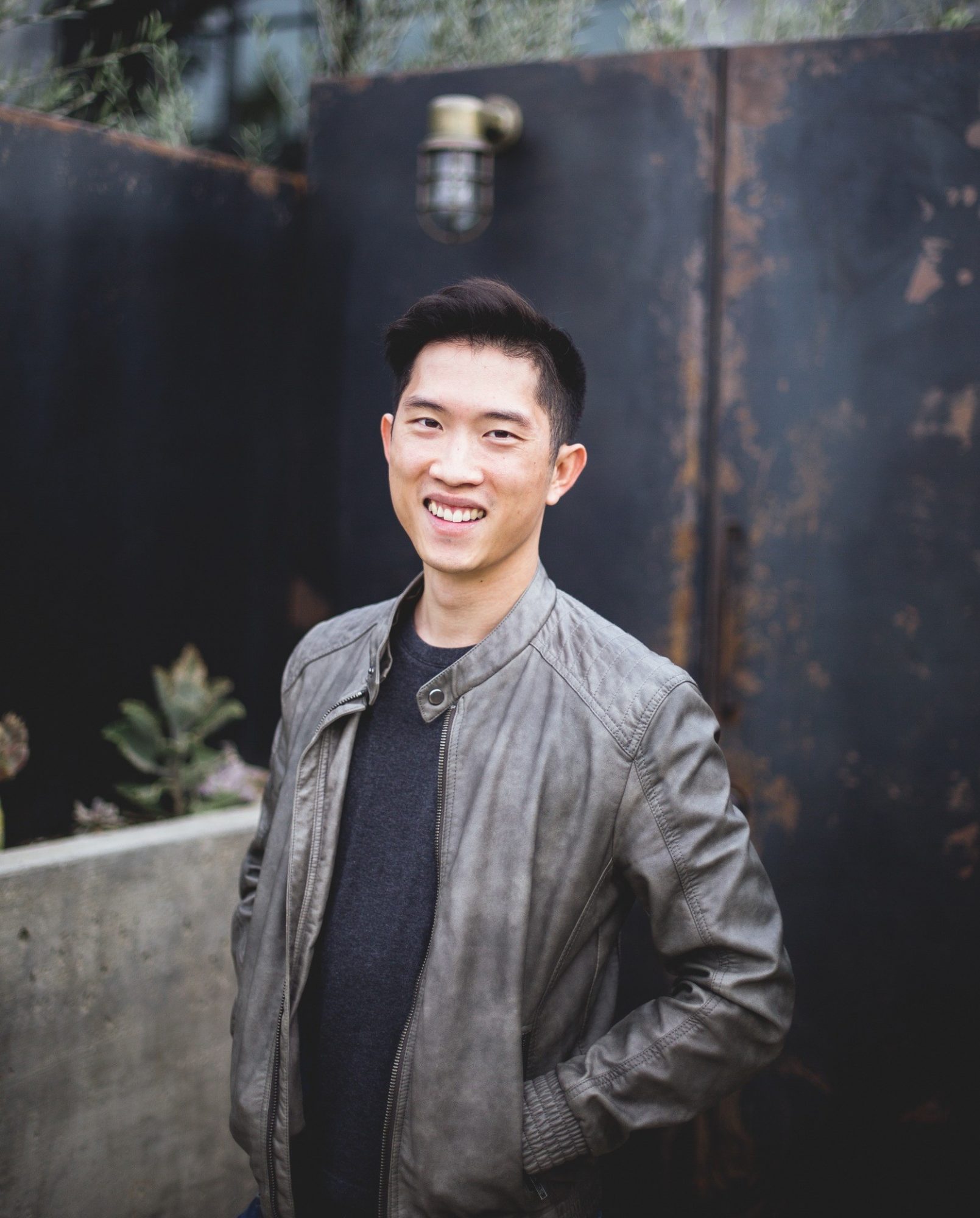