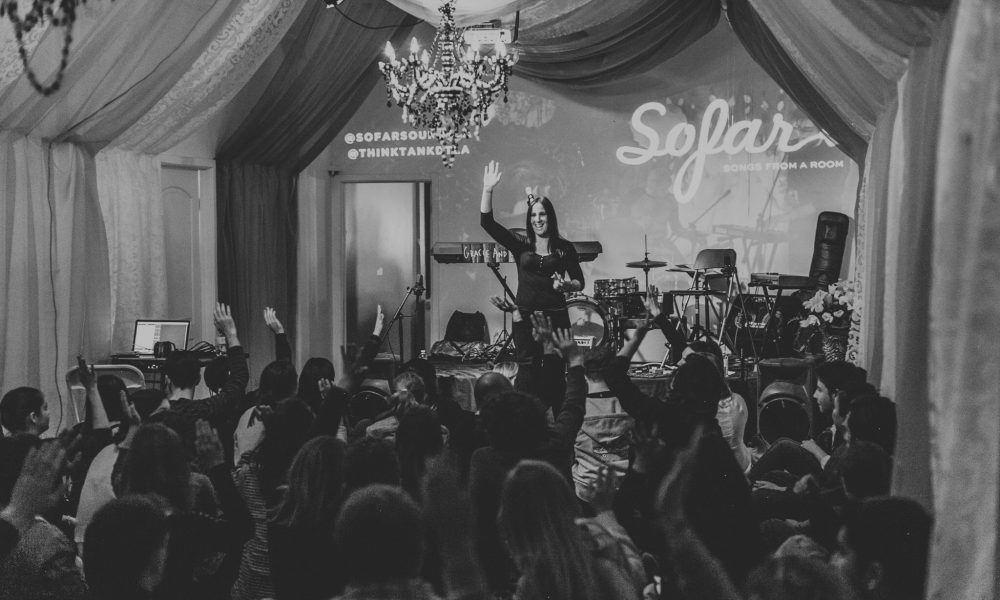 Today we’d like to introduce you to Jolynn Braswell.

Jolynn, please share your story with us. How did you get to where you are today?
Growing up I was surrounded by killer music. My pops are a punk rocker at heart but has quite an eclectic taste in music. I grew up rocking out in our living room to The Clash, The Ramones, Tom Petty, Devo, Nirvana, James Brown, etc. In my teen years, like many junior high and high schoolers, I was forced into the pop music pipeline because I listened to the radio constantly. That lasted until Sophomore year of college when I started to lose faith in music in general. The repetitive, disconnected nature of pop music started to irritate me, and my love of music sadly kind of went onto the back burner.

Fast forward to 2009, someone mentioned a band called 100 Monkeys to me and after listening, I decided I wanted to see them live. I went to The Roxy to see them with my (ex) husband, and I was freaking blown away by all of the acts on the bill. Afterward I wondered why the hell I hadn’t ever heard of all these bands. I started to follow them all closely and went to as many shows as I could (I lived in Fresno at the time and would often drive down and back for shows in a single night). I’d finally found passionate bands that put on insanely addicting live shows. I fell in love with music again.

After a year and a half of following these bands and falling for a slew of new ones, I found myself on summer vacation (I was an English teacher at the time) and I decided I would give blogging a go because I wanted to spread the word about the amazing bands I was seeing. I honestly didn’t think anyone would read it, being as I was just a random music fan, but I figured that if even one person read about/listened to the bands I posted about, then I had done what I set out to do. So, in June of 2011, Badass Bands Blog was born. I started by writing about what I loved about each of the indie bands I was falling for and I’d link to a couple of my favorite tracks. Super simple. Eventually, a friend turned me on to actually interviewing the bands, which I didn’t think was a possibility for just a little old fan.

Over the following year I went through a divorce and spent most of my off-time blogging/interviewing steadily. I was doing most interviews via phone since I was still in Fresno, and many of the bands I was interviewing were in LA or SF or acts from out of state that I caught on tour.

By the end of 2011, I decided that it was time for me to pack up and move to LA. So, in June of 2012, I quit my tenured teaching job. I had two months’ worth of rent saved, and no job yet in LA, but I was going to go for it because I knew I would regret it if I didn’t. It was one of the most terrifying decisions I’ve ever made. Luckily, I had a few friends here, whom I met through the music scene (surprise, surprise) and their support was everything in that first year. I ended up with a great roommate, and a solid job in Ed Tech, which allowed me to continue Badass Bands Blog as my passion project. I was going to shows 3-4 nights a week, often alone, just trying to immerse myself in the discovery of as many bands and new friends as I could find.

Once I was here, my love of indie music expanded into the drive to create a musical community. I wanted to surround myself with bands, venues, audio engineers, directors, etc. who shared my passion for music and wanted not only themselves, but everyone around them to succeed. Luckily, if you’re out and about enough in this city, these good people find you.

In January 2013, I was approached by Mario Soto at Silverlake Lounge to book my own shows at the venue because he had noticed on social media that I was at his space often. He was kind enough to let me book whomever I wanted once a month. It was a dream come true, as I was constantly building lineups in my head for shows, and then he handed me the opportunity to make it a reality. This lasted for a couple of years, eventually spawning to Badass Bands Blog presenting shows other venues all over Los Angeles.

Later in 2013, I teamed up with producer/audio engineers Jordan Robins (who had already been helping me with shows), Scott Cosslett and Todd Bergman, as well as director/editor Charles Lopez (all of whom I met through a band called The Absolute) to create a live performance series which we called Badass Bands Live. We all agreed that most indie bands YouTube videos generally sucked because either the audio was bad, or the video was bad, or both were. We wanted to provide bands with content they could share not only with fans, but with booking agents, press, labels and more. Our aim from the beginning was to offer high quality content for bands at no cost. This series continues today, nearly 200 videos later!

In 2014 we hosted a SXSW showcase, and raised funds to tour to Austin with a local LA band, The Junks (who I later ended up managing), and a Canadian band, Little Wild. This experience was another first, and something I found I really dig doing (and don’t do enough of), was Tour Management.

Beyond 2014, we dropped blog from the name, because we were no longer simply a blog. Eventually we started a podcast, Basing with Badasses, and a weekly radio show which we do out of Bedrock LA, Sifting Through the Noise. There were more tours, rad shows we put together, collaborations with other amazing local music advocates, and the rest is history.

It’s been an amazing ride up to this point, and as I mentioned before, I never in a million years thought BB would morph into what it did and would still be going seven years later.

We’re always bombarded by how great it is to pursue your passion, etc. – but we’ve spoken with enough people to know that it’s not always easy. Overall, would you say things have been easy for you?
It has definitely not all been sunshine and rainbows. The Badass Bands team is entirely volunteer and to release quality content, at no cost to bands, on a weekly basis, costs money. We’ve been lucky enough to have a couple of smaller sponsors who helped offset basic production costs, but it does become a burden after a while, especially when we are all working to consistently release around day jobs. And despite some fundraising efforts over the years, there really isn’t much money to go around in the music industry at our level.

So, as you know, we’re impressed with Badass Bands – tell our readers more, for example what you’re most proud of as a company and what sets you apart from others.
Badass Bands is a collection of music enthusiasts driven to promoting a community of badass independent artists. We are tastemakers in the LA indie music scene and strive to expose the bands we love to a larger crowd via live showcases and high-quality audio/video content that they can share with fans, booking agents, press, labels and more. Our aim from the beginning has been to offer high quality content for bands at no cost. We are fans first and a production company second.

So, what’s next? Any big plans?
We recently decided that our BB Live series is going to stop in May. I can’t continue to ask my team to volunteer their time (it’s been five years!) around a million other projects they are working on. However, our podcast and radio show will continue, we’ll still be putting on shows, and we’re definitely kicking around a few other ideas. 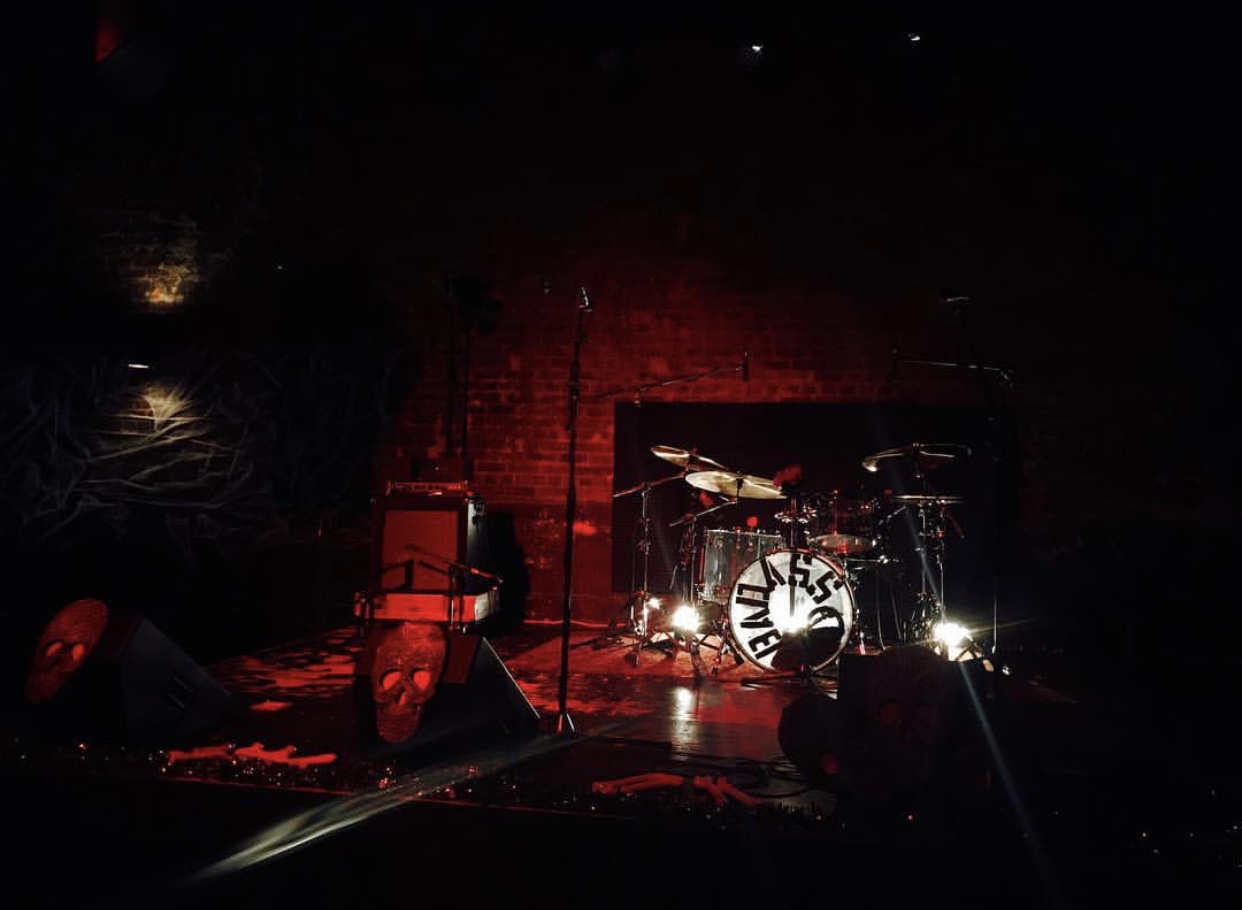 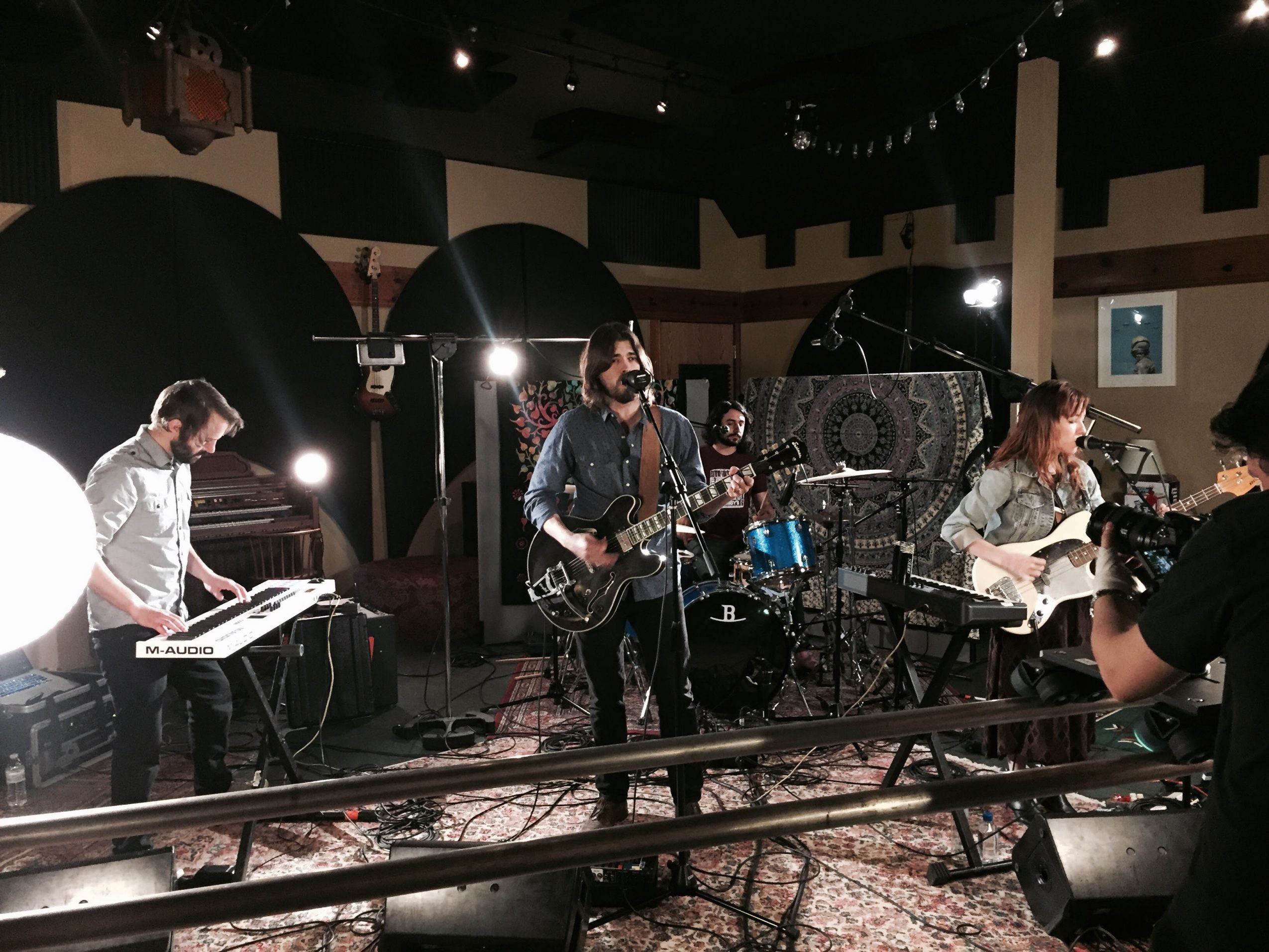 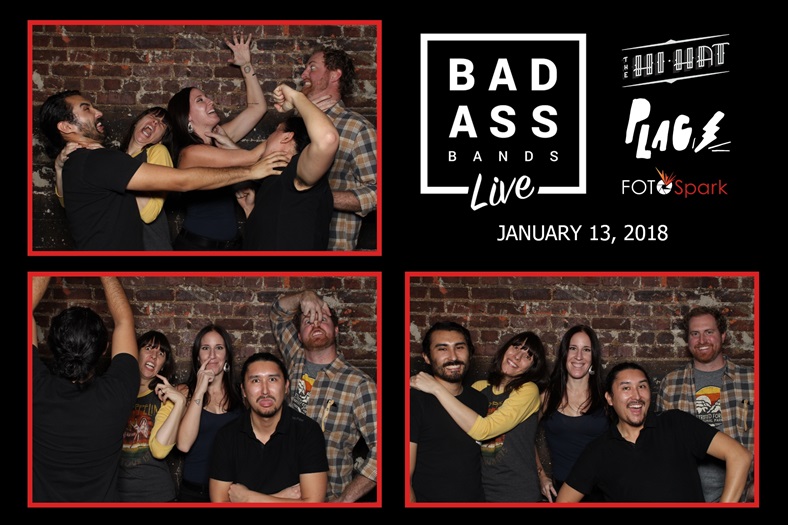 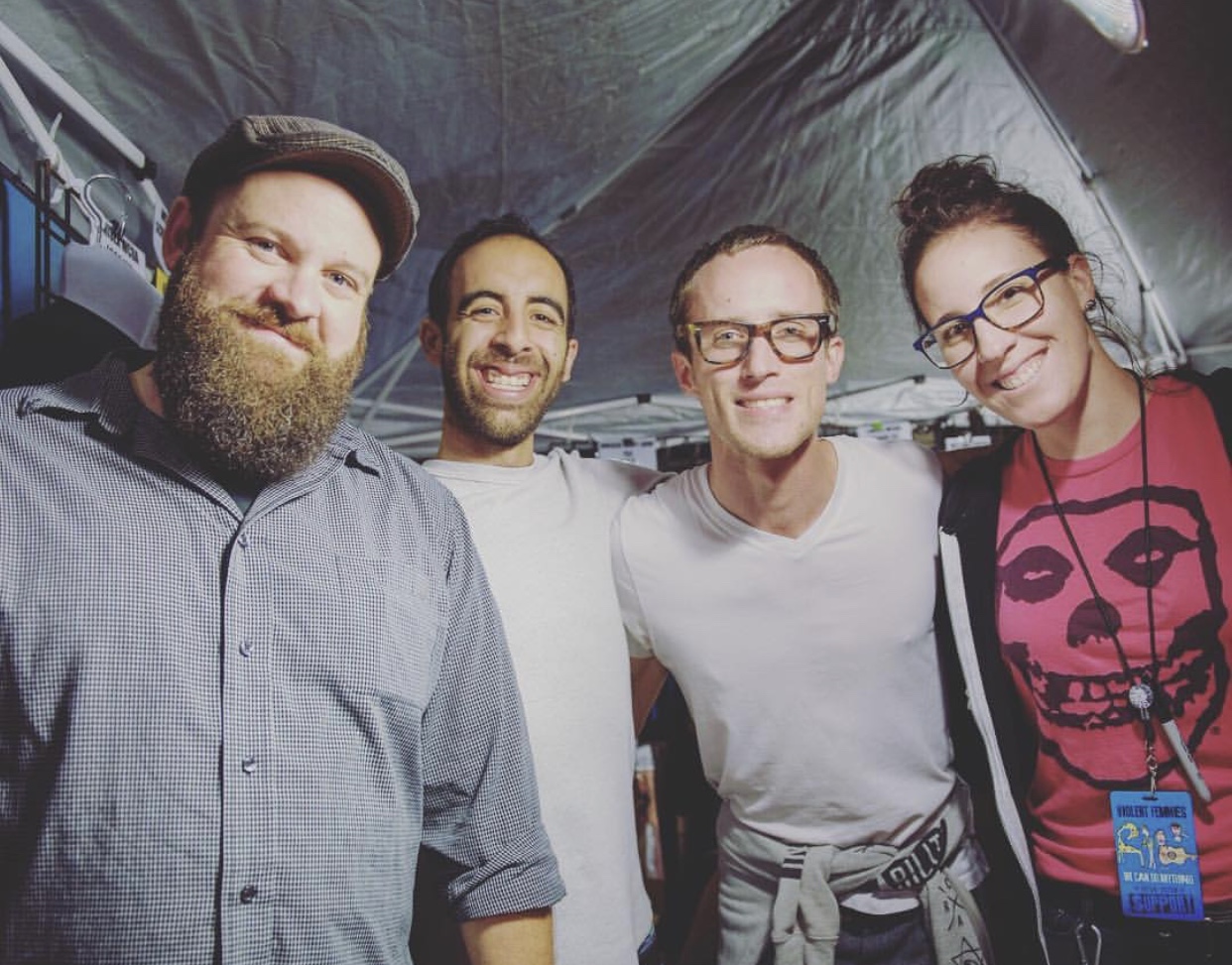 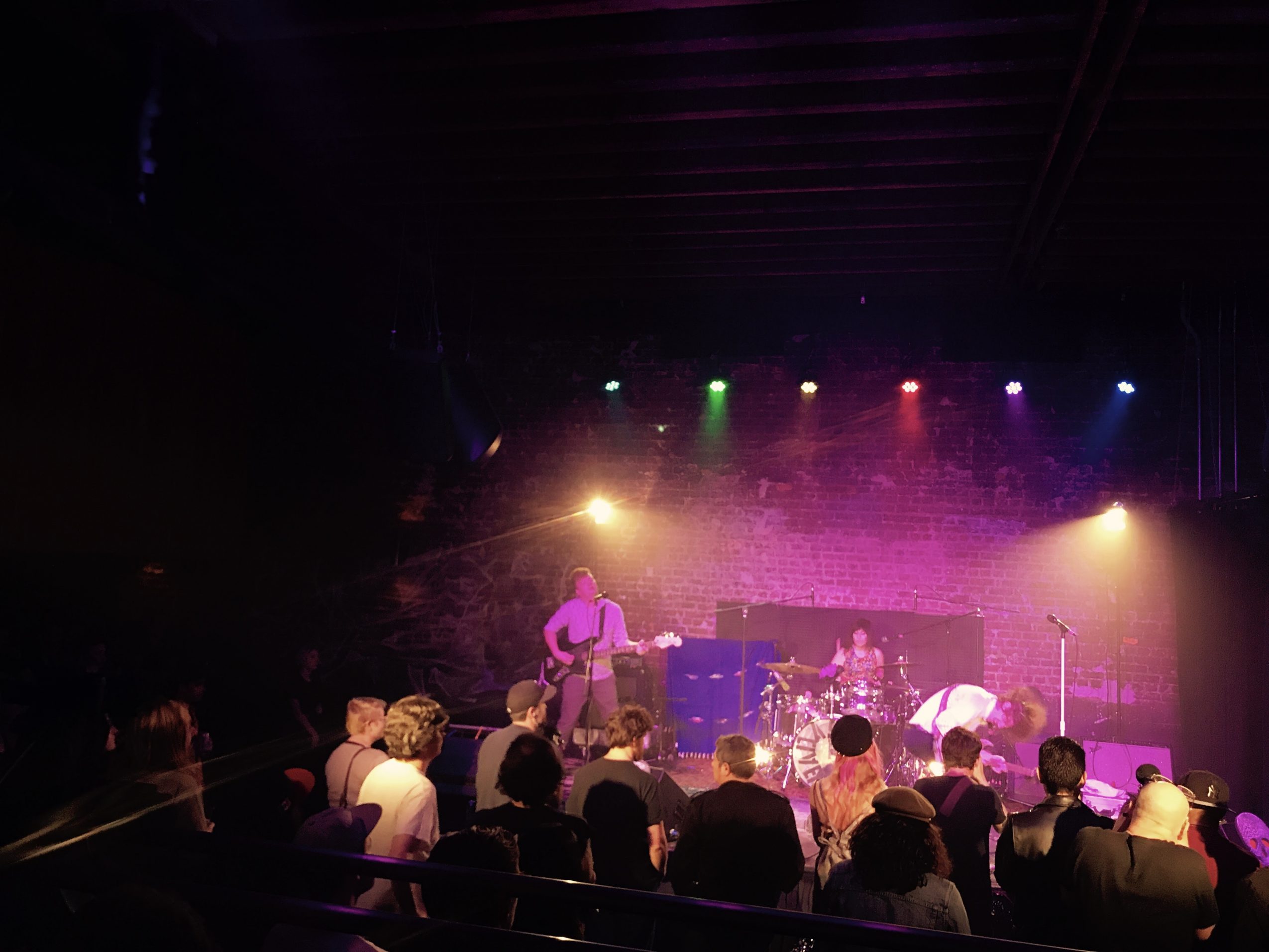 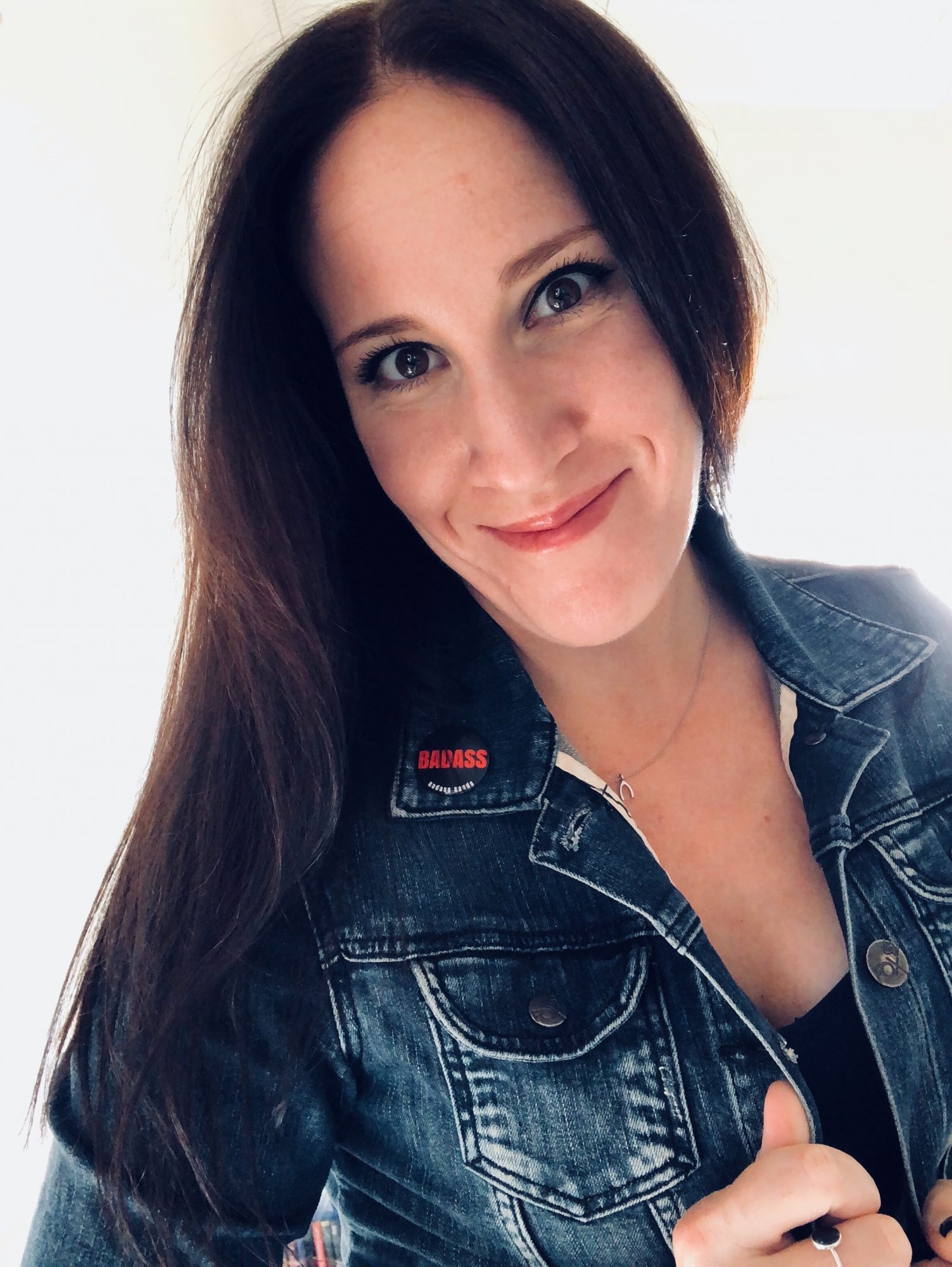 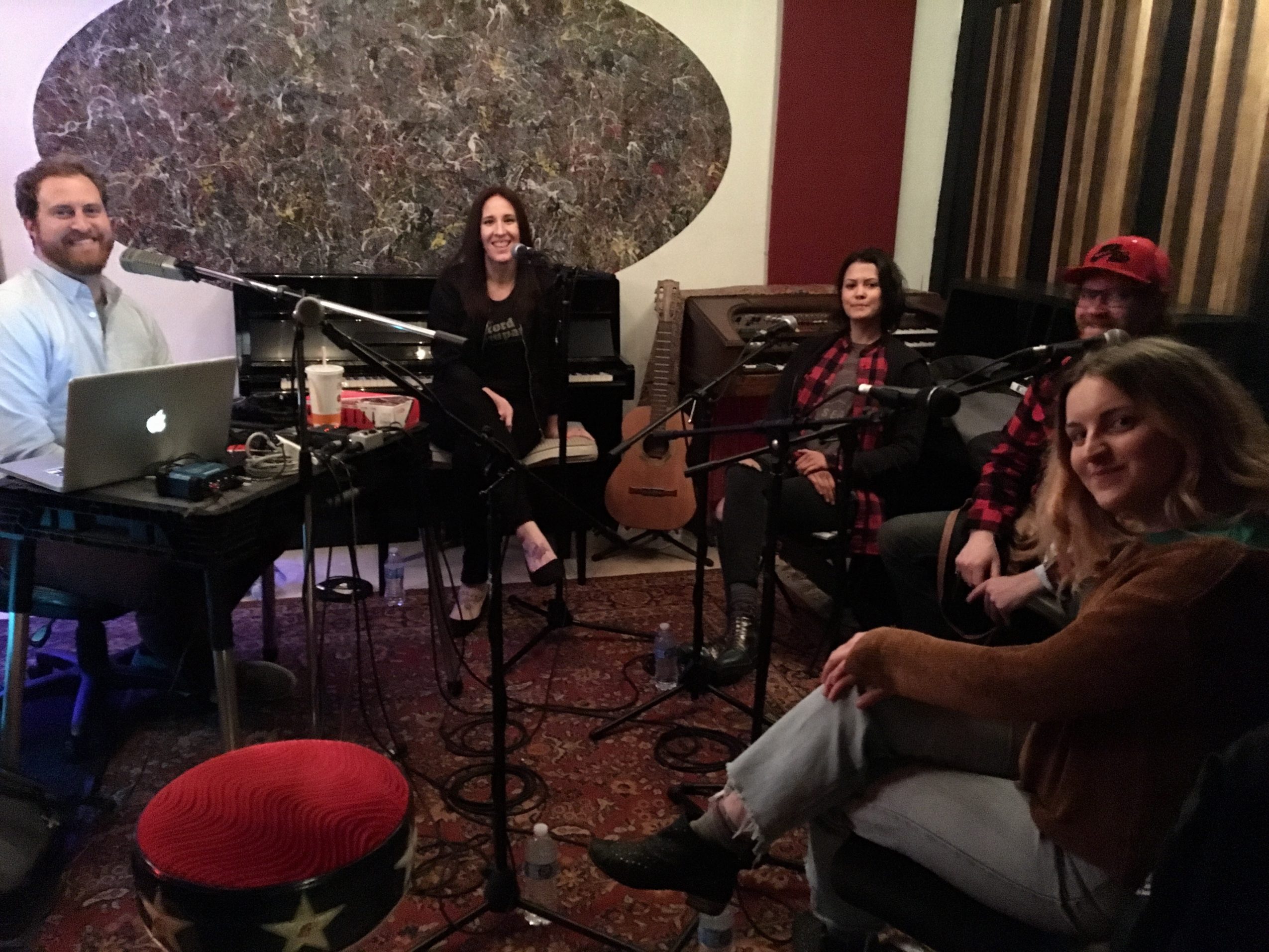