Meet Johnny Yoder of The Art of Acting Studio in Hollywood 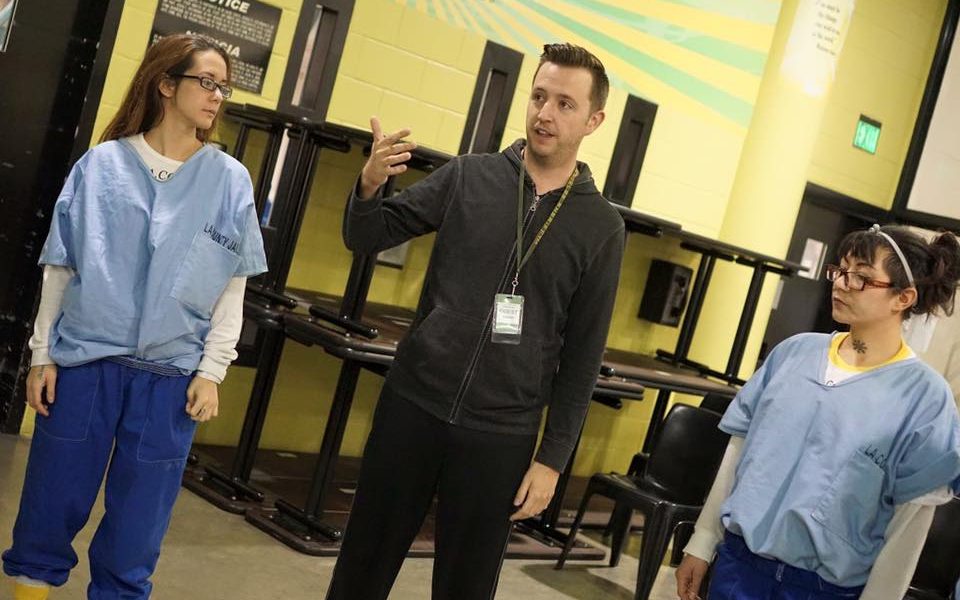 Today we’d like to introduce you to Johnny Yoder.

Thanks for sharing your story with us Johnny. So, let’s start at the beginning and we can move on from there.
I grew up most of my life in Green Bay, Wisconsin. Though it has a national football team, Green Bay is a small town. It was the quintessential suburban middle-class America, and I did what most middle-class, Midwest kids did; played Soccer, played Football with friends, and Sundays were a holiday to watch the Packers.

And though I played the piano at a young age – this was really the beginning of my creative life – there really wasn’t much in town to do besides sports. There was no theater really, a small art museum, and that was it. But in 1996, at the age 10, the Weidner Center for the Performing Arts opened on the campus of UW-Green Bay, and the rest was history.

My mom took me to see musicals whenever the family could afford it. I was transfixed; and new that this was what I wanted to do with the rest of my life. I ended up getting my Undergraduate degree from UW-Green Bay in Theater Performance and Arts Administration; while going to school there, I worked in the Ticket Office of the Weidner Center, and eventually as a marketing intern. I would see 100s of things over the four years I worked there – and be a part of the planning, marketing, and execution seasons, this was really where I “cut my teeth” so to speak, in the Not-for-Profit Arts World.

After I graduated from college – I went on to study acting at the Stella Adler Studio of Acting in New York City, literally 15 days after I graduated! I studied there for 2 and a half years, completing the Conservatory program. While in my second year at the school, as a student assistant, I was offered a job working at the school.

12 Years later – here I am! After having helped open the official west coast branch of the Stella Adler Studio – the Art of Acting Studio – I am now the School Director and Chief Operating Officer for the West Coast branch. In addition to this, I continue to act, direct, light design, and scenic design. I am very involved in the LA Theater Scene – and this year became an Ovation Awards Voter.

Has it been a smooth road?
I wish I could say that it was a smooth road. So many times, life – family, friends, even the job itself, tested me. Many times, I thought about giving up – or taking another path. But I always ended up coming back – because ultimately – I cared about the job that I did, the job that I do, the people at my job, and the mission of what the studio does. And that always trumped anything that was happening in my life.

We’d love to hear more about your business.
The Stella Adler Studio of Acting, and its west coast branch, the Art of Acting Studio (where I work), is one of the foremost acting schools in the nation, and in the world for that matter. The school, founded in 1949 by Stella Adler, and some of TV, Film, and Theater’s most lauded have graduated from the school.

To Stella Adler, the impulse to act was a sacred and important one but she was not dogmatic about any singular approach or method. Rather, her “system” centered on providing budding actors with the tools, training, and discipline to grow and to employ the limitless human imagination in their task of studying and bringing a script to life. The beliefs Stella held about actors and acting formed the framework for how the tools, training, and discipline were delivered, and these were — and are still — found in five basic principles which are present across all the classes at the Studio. These basic principles include:

The development of independent actors. Stella Adler, herself a fiercely independent theater artist, understood that acting becomes vital, exciting, and alive when actors do their own thinking and bring a point of view or a sense of mission to their work. One of her most frequently quoted statements is: “Your talent is in your choice.” At the Studio, the aim is to develop actors who think for themselves, respect their own ideas and ideals, and use the theater as a means to share those ideas and ideals. Such independent actors are fully resolved to train their minds, bodies, voices, and spirits to achieve that end.

The power of the imagination.  Actors’ imaginations are the most powerful source for them to draw on. To bring theatrical texts to life the actor must be able to create a transforming, living experience. To create such an experience, students at the Stella Adler Studio are asked to use their imagination to locate the fullest range of motivational force, rather than depending solely on their personal past and emotional memory.

The importance of action. Drama depends on doing, not feeling; feeling is a by-product of doing. Our approach to acting depends on connecting strongly to each other by way of actions and creating dramatic events that take place between “I and thou,” not between “me and myself.” These actions include the subtle, creative, onstage choices to which actors commit.

Script interpretation. A text, once the author has surrendered it, is an object in itself with its own life, its own meaningful possibilities, and its own potential for impact. Another Stella Adler quote still used at the Studio is: “The play is not in the words, it’s in you!” It is the actor’s responsibility to respect the script with a willingness to read it deeply with a fertile imagination. This respect involves an understanding of where the playwright is leading the character, including understanding the character’s environment and investigating the full setting of the play.

The cultivation of a rich humanity. The actor’s instrument is the actor’s own body and brain but if the dramatic arts are to avoid shrinking to a self-referential, self-enclosed, detached, and isolated unit of a larger world, then the psyche upon which the actor calls must not be the actor’s own, but the character’s. Therefore, an actor needs to develop resources of information and experience that connect with the rest of the world — socially, culturally, historically, and politically — thereby enriching the actor’s instrument that is required to perform. This is why, in addition to world class faculty and well-structured curriculum the Stella Adler Studio presents the Harold Clurman Arts Series which includes theater and dance theater, lectures and symposia, poetry readings and play readings, jazz and classical concerts. This is why we have created the Stella Adler Outreach Division whose mission is to bring free actor training to young people who can’t afford tuition while providing our tuition based students of social engagement.

Each of these principles permeates all of the Studio’s courses as the general teaching philosophy at the Stella Adler Studio.

Is our city a good place to do what you do?
Los Angeles is the best place for young actors; the city is burgeoning, and is a vibrant, exciting place to live. There is so much to do – art, theater, movies – and the city is just outstanding in terms of things to do. As a young person just starting out – it is perfect!

The hardest part is transportation and living; it seems like the city is addressing transportation issues, though slowly, but has yet to address the housing problem. There are simply not enough places to live, let alone affordable places to live. I think this remains the biggest hindrance to new people starting out in acting. 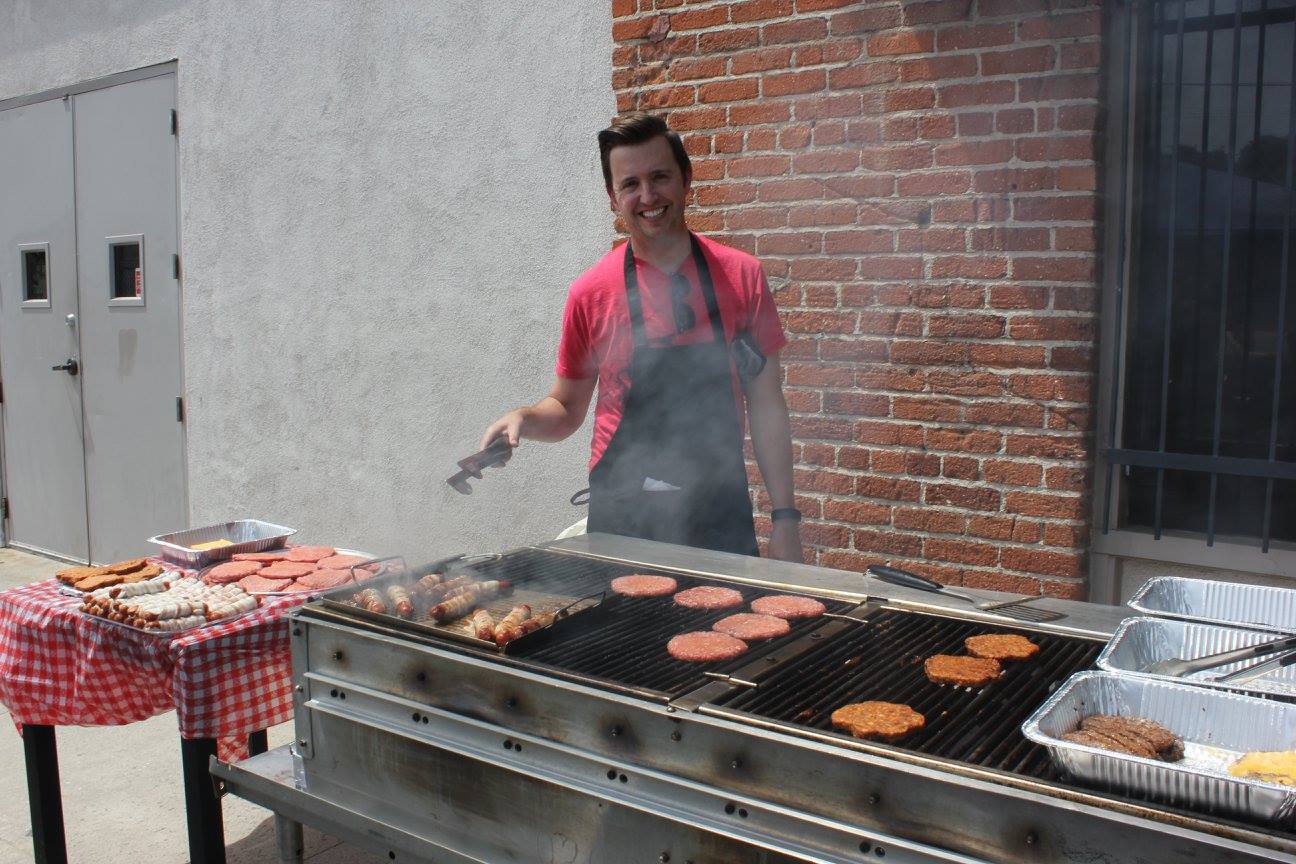 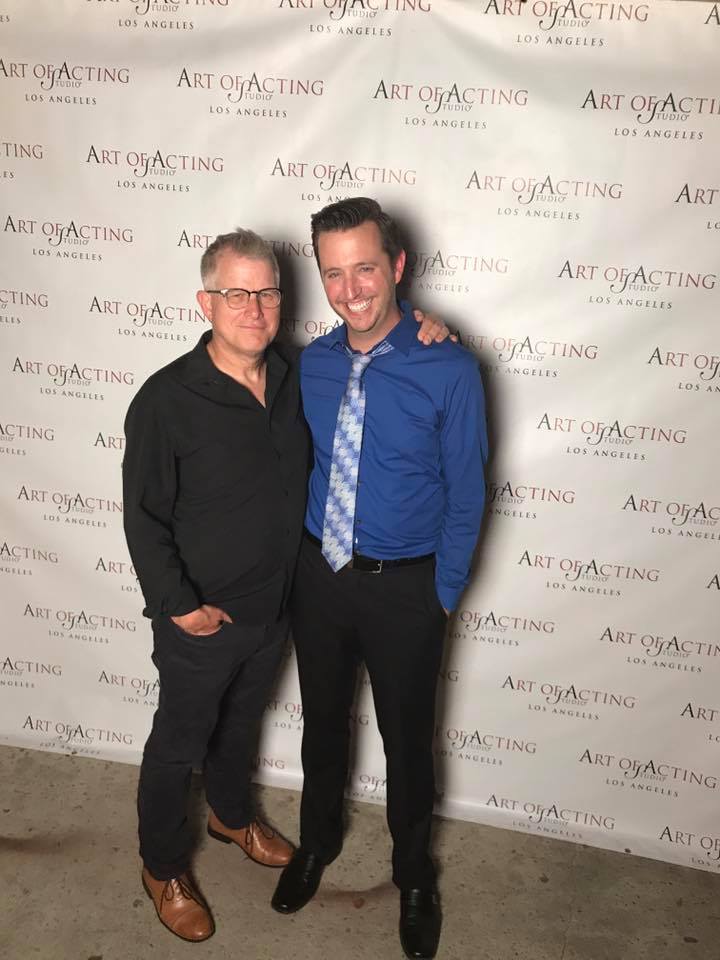