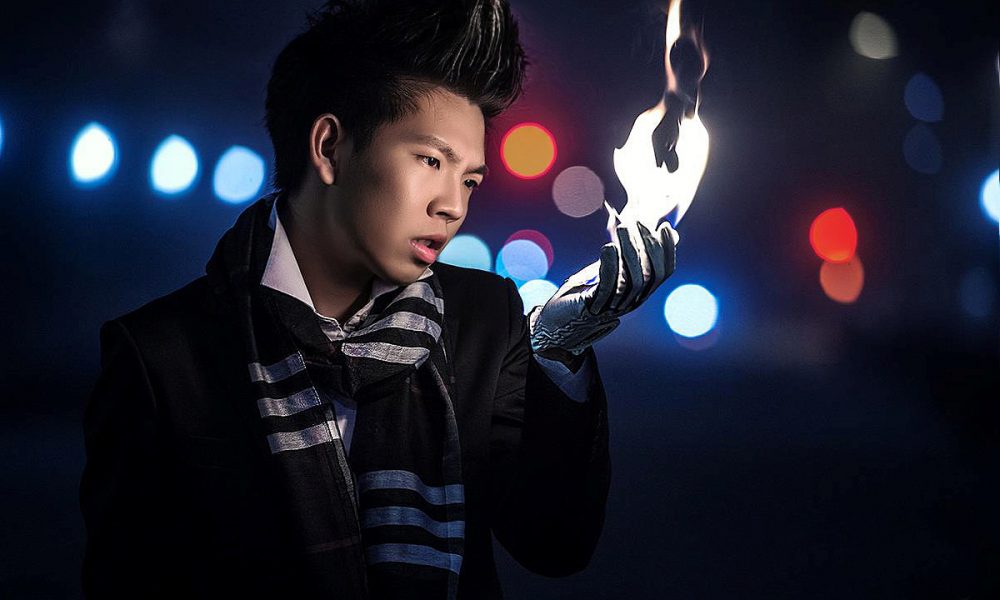 Today we’d like to introduce you to Johnny Wu.

Johnny, please share your story with us. How did you get to where you are today?
When I was 13, I was sent away to study abroad by myself. No parents, no friends. It was when I truly realize what lonely feels like. At the time it was very difficult for me to communicate with foreigners. When everyone was playing basketball I was that shy Asian boy in the corner. I would stay in my room and cry. Call my parents tell them I wanted to go home. But one day a teacher showed us a video clip of a magician. It was my first time witnessing magic and I was so captivated by it I felt like I was brought to a magical place. More importantly, the magician did not say a word during his performance. I realized magic is not just tricks but is a universal language that brings people together. It makes you wonder. It’s the only thing in the world that’s closest to having a super power. I’ve been a self-taught magician for 12 years now and professionally only for 5 years. I’ve performed for many fortune 500 companies and celebrities. Last year I’ve performed over 250 events within 11 months. Most recent one being Jessica Alba and the honest company. 5 years ago I email the honest company hoping the email will get to Jessica because I know she love kids and I really wanted to perform for her. There was no email replied and I told myself at least I tried. 5 years later, the honest company found me on yelp being the number one magician on yelp they want me to perform for a hospital event and it was dream come true meeting Jessica in person. What’s even better is a month after they called me again and wanted me to perform at their HQ for their holiday event. That was when reality struck me that all the hard work and being persistent to stay on this path had paid off!

We’re always bombarded by how great it is to pursue your passion, etc – but we’ve spoken with enough people to know that it’s not always easy. Overall, would you say things have been easy for you?
My father had everything planned out for me and I was supposed to inherit his company in the future. Instead, I am now a magician. He told me: “oh you want to be a magician… so you want to be poor!?”

The road is definitely not smooth but a terrifying one. It’s very hard for Asian parents to understand. Until 2 years ago he still thought I was an accountant by day and magic was just a hobby.

So let’s switch gears a bit and go into the Johnny Wu Magic story. Tell us more about the business.
My Company’s name is JW Group and under JW Group there’s Johnny Wu Magic. I specialize in interactive/comedy/visual stage and close-up magic. I am known for having the highest yelp reviews on Yelp. If you search magician on Yelp around any area from the valley, LA, Riverside, to Orange county I will be in the top 3 magicians. (no money spent on ads) If you search magician on yelp in Las Vegas I still have the highest review amount and the only magician with 5 stars rating. (not trying to brag and be arrogant) I am very blessed to have over 450 5 star reviews and having so many people support me after watching my magic show. What really set me apart is how down to earth and how normal I am as a person. There’s nothing more important to me than connecting with everyone in the crowd on and off stage. Only when you perform with a genuine passion than will people really love the craft you do. I have a very unique and flexible sense of humor I can make people laugh from children shows to corporate adult shows to me there’s no difference. Music is a very big part of my show. I play with people’s expectation, their emotions and their logic. Magic is best when people let their guards down. Deep inside everyone’s heart, everyone loves magic and it’s a magician’s job to find that.

Has luck played a meaningful role in your life and business?
I do not believe in luck but I do believe in inspiration and influence. My wife who was my girlfriend had influenced me to become who I am today. Without my wife, I will not have the courage to put myself on the internet and will not have the guts to stand on any stages.