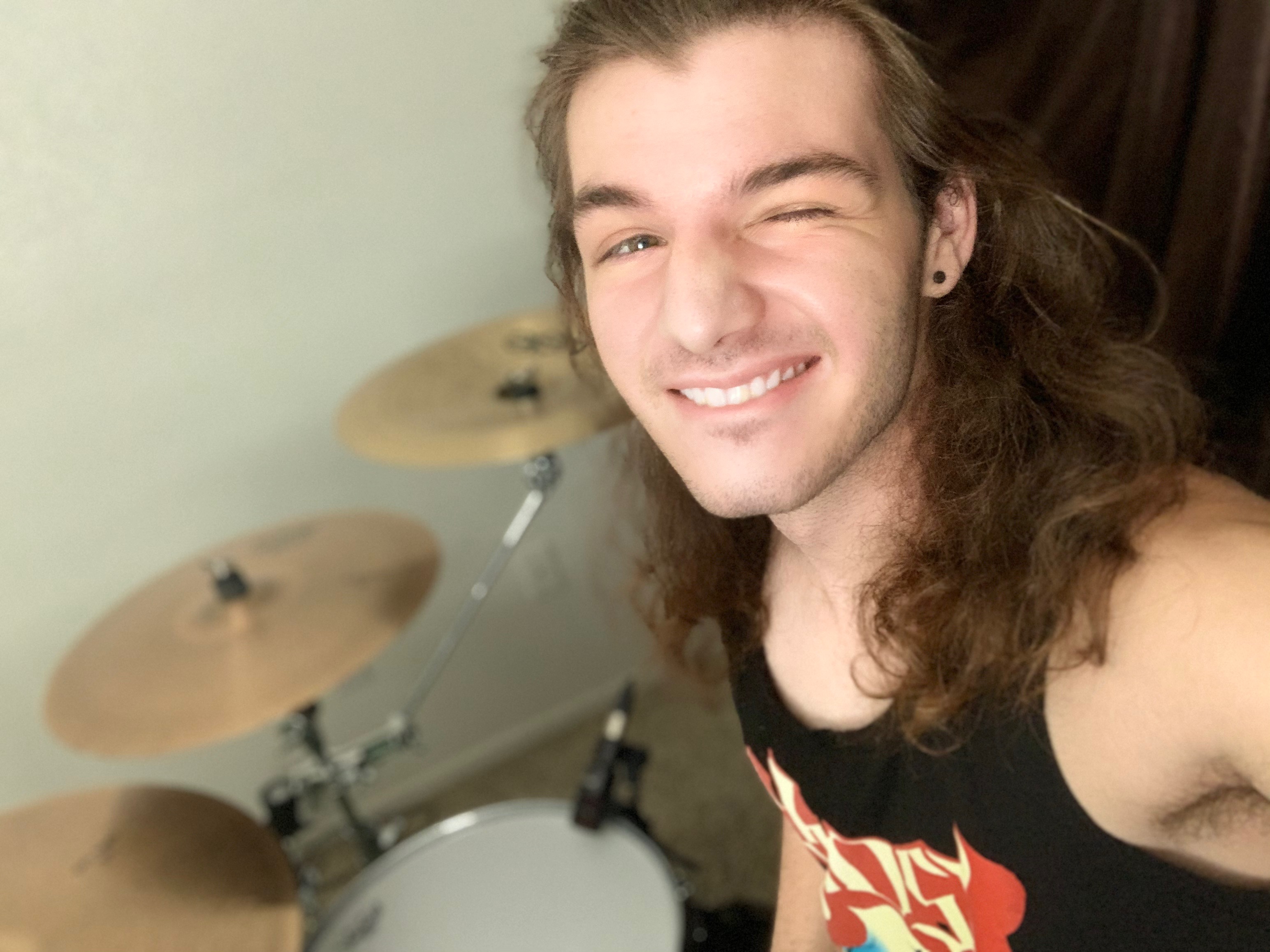 Today we’d like to introduce you to Johnny Shankel.

So, before we jump into specific questions, why don’t you give us some details about you and your story.
Isn’t it every kid’s dream at some point in their life to be in a rock band? Well, that’s how my story begins. It was summer and I was 13 years old going into the 8th grade. My friend Thomas played bass guitar and his twin brother Chris played the keyboard. We just needed a drummer and I thought, “Hey, I can do that.” It was just a crazy thought but the idea planted itself in my mind and took root. To be fair, at the time I believed that drumming would be just another thing that I checked out for a while and then left behind. I never expected it to mesh so well with my own rhythm and need for speed. My instructor, Joe Ochoa inspired me and made me feel like I had the potential to be more. He really made drums go from a hobby to what I want to do to make my living.

That first lesson sparked something inside me which became the consuming passion that drives me today. I took up guitar and bass which helped me grow as a musician. My instructor for both guitar and bass, Cody Wilson, had plans for me to play bass in a band, however my passion for playing music live was powered by my first love, drums. I was stoked when I joined my first band, Cold Culture, at 16. The other band members were in their 20s and quite honestly, there was no hiding the fact that I was a baby-faced 16 years old! But I thrived on a diet of rigorous band practices and late night gigs at 21+ venues. Despite the age gap, I held my own among all the older, more seasoned musicians. I loved performing on stage and making music come alive for the audience. I also got my first taste of writing music and recording which was awesome. I helped write the single “Don’t Feed the Bear,” which was released in late 2018.

In 2019, at the ripe old age of 18, I felt it was time to branch out so I joined Thursdays in Suburbia, an eclectic hard rock band from Eastvale CA. Playing with Thursdays in Suburbia was a great experience. We had a non-stop itinerary and performed all over Southern California. By the end of 2019, we produced a music video and a 5-song EP called The Self-Titled One. We were on a roll.

Then two things happened that pulled the rug out from under me. First, at the turn of the new year, 2020, our talented vocalist decided to leave the band, leaving a gaping hole in the band’s personality and identity. It was a huge blow and a difficult time. It forced us to think about rebranding and recreating who we were going to be. But just as we were picking up the pieces and auditioning for a new singer, the second thing happened. COVID-19.

Great, so let’s dig a little deeper into the story – has it been an easy path overall and if not, what were the challenges you’ve had to overcome?
It’s really all about putting in the time, grinding, getting blisters then calluses, and putting in still more time, pushing yourself even when you are not feeling it, keeping the fire going with thoughts and words to myself, and then it happens, you FINALLY start to see the progress that makes you want to drum even more. In the beginning, my biggest struggle was just believing in myself. I needed to remind myself that off days are unavoidable and to just let them go. Never did I imagine that one day I’d wake up in a world where I wouldn’t be able to perform in front of an audience for an unknown period of time. Several times during the pandemic, I’ve asked myself if this is the universe waking me up, to figure out a completely different thing to focus on doing with my life. But those thoughts immediately resulted in a sick feeling in my stomach which told me I just needed to push through it with everyone else. Or the beast of self-doubt slithers into my head saying that despite all my best efforts nothing will end up going anywhere.

Thankfully each time those feelings have come up, I’ve always pushed them away, and my stubborn ass will continue to do so. When I realized I wanted to pursue drumming and music for a living, I knew that it would be a hard road and that I would have to be completely all-in. No backup plan to siphon off my energy or commitment to drumming. I’ve been very lucky to have supportive friends and family, along with myself, to spur me on, past the lulls and doubts, to where I am today, and where I aim to be years from now–as I keep on playing the drums. On the bright side, the pandemic has given me LOTS of time to practice, challenge myself to learn different styles, and record myself playing both original music and covers, which I post online to YouTube. I know that as long as I use all this time well when it’s all over (besides being excited like everyone else) I’ll be better than ever before and psyched to play EVERY gig I can.

Can you give our readers some background on your music?
I’m currently playing with a good friend of mine under the stage name of Xyleya. We’re working on a few singles starting with Shady, which will be released on all streaming platforms on August 7th, 2020 along with a music video for the song at 2pm. Our sound is pretty different from other bands we’ve listened to, so much so that we ended up naming the genre “Space-prog”. We take elements from nontraditional styles of music on the lighter side and the heavier side. In Shady, we feature elements of ambient noise, to heavier screaming sections of the song. We’re most proud of the fact that we do nearly everything ourselves, mixing, recording, shooting, etc.

What moment in your career do you look back most fondly on?
The proudest moment of my career so far when I had the opportunity to play the pre-show at the Toyota Arena for Halestorm and Godsmack. It was a surreal moment getting to “open” for two bands that I love and look up to. Not to mention getting comments afterwards like, “You remind me of Arejay Hale” were really nice too. To top the night off, I got to watch Halestorm and Godsmack when my band finished performing. 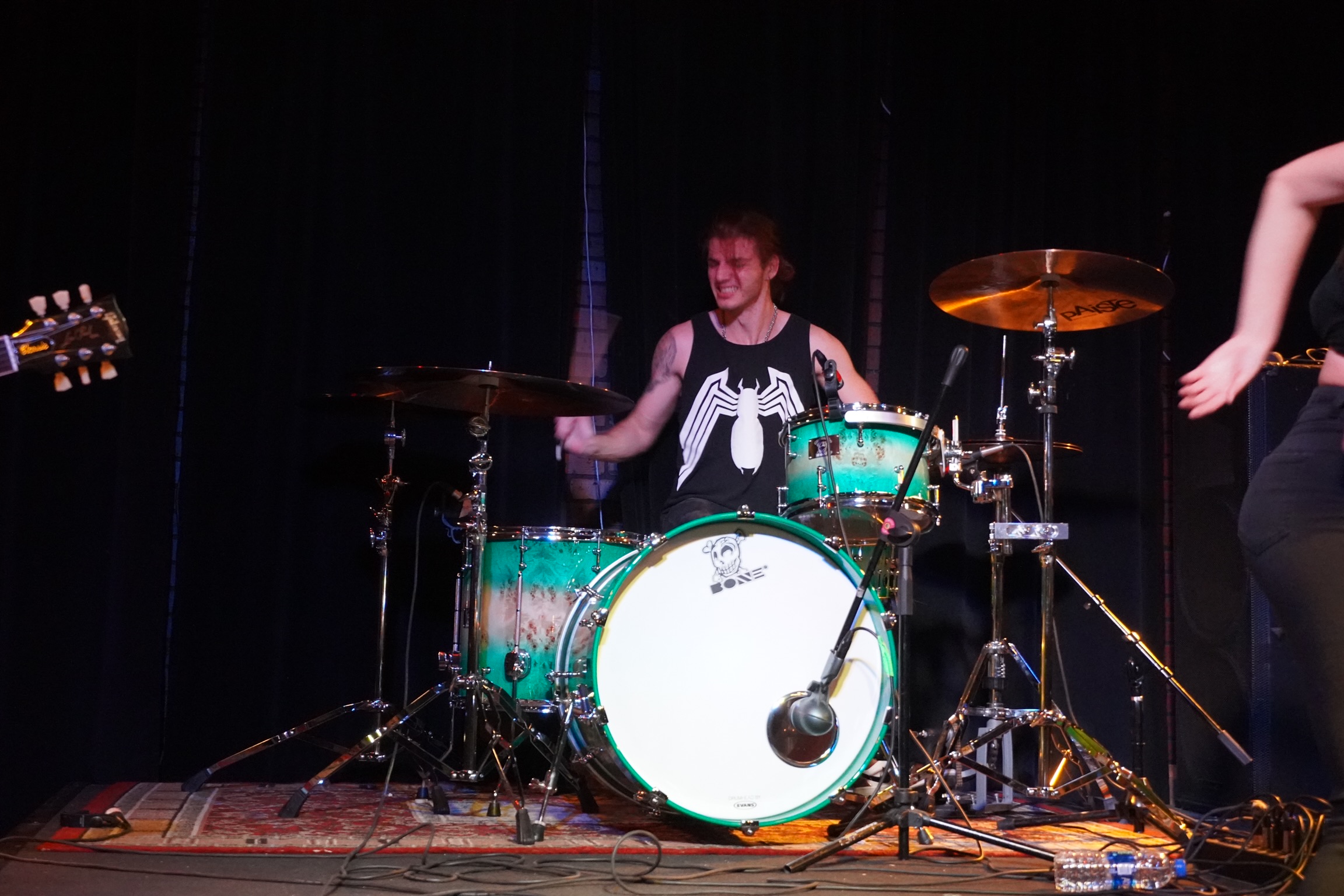 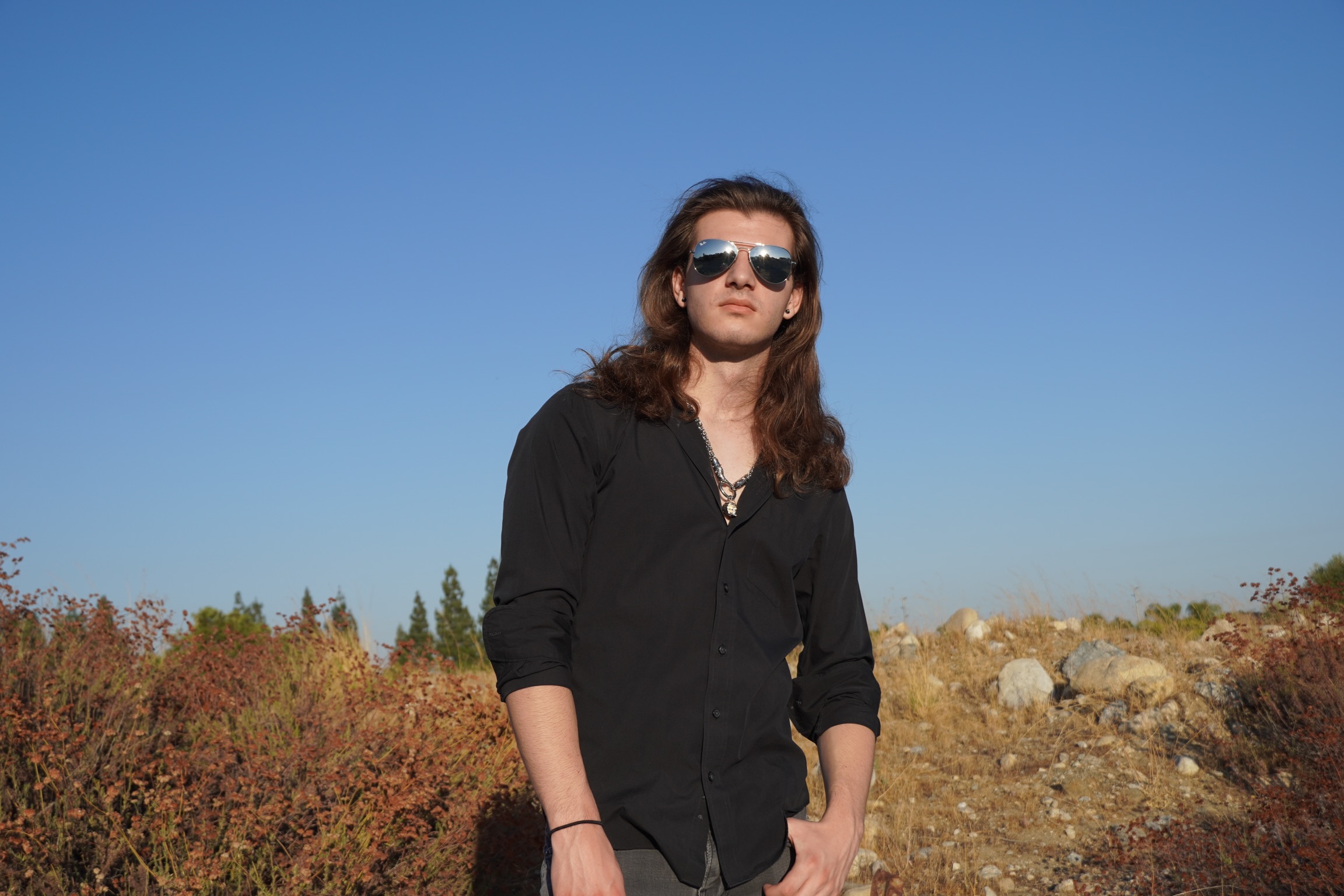 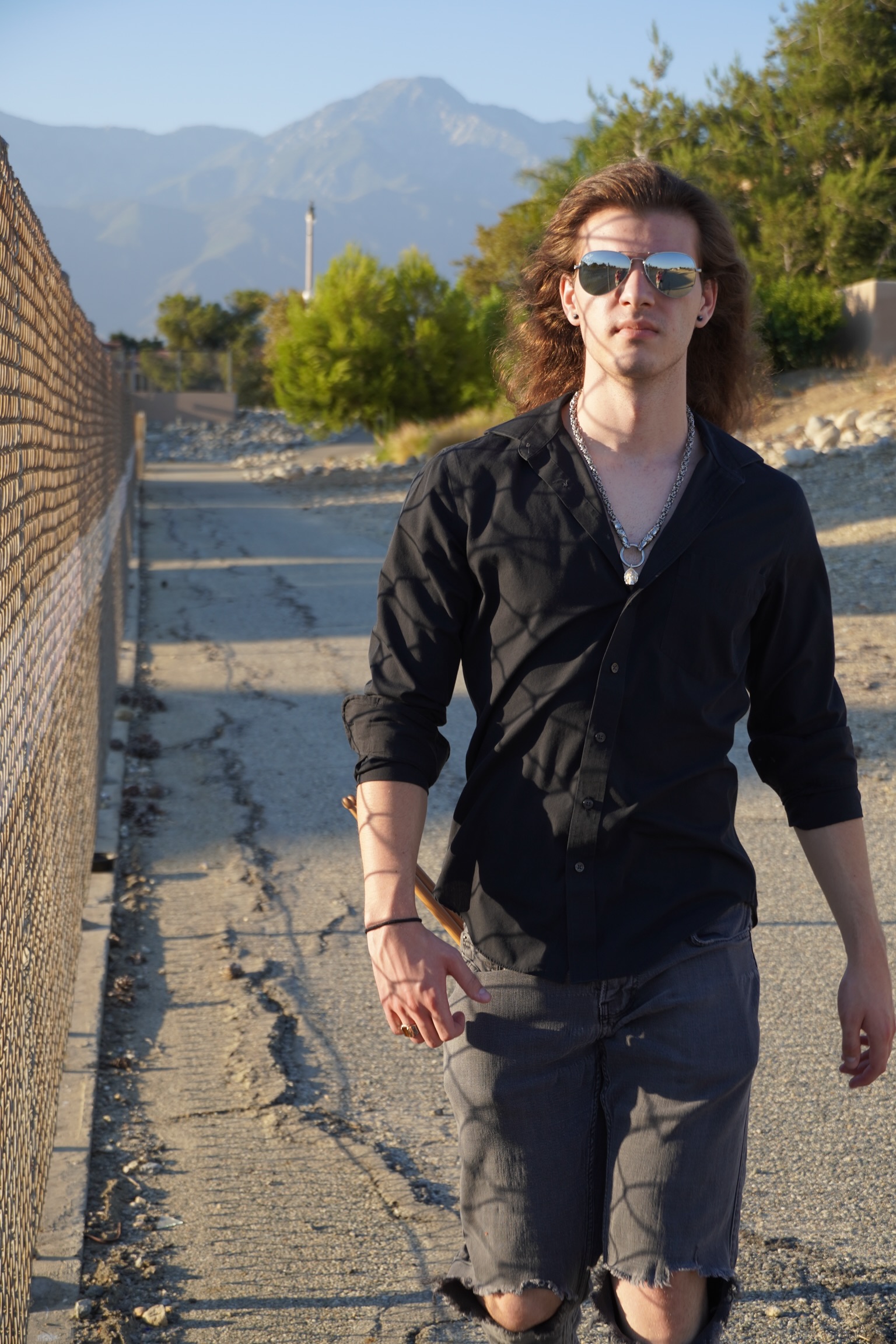 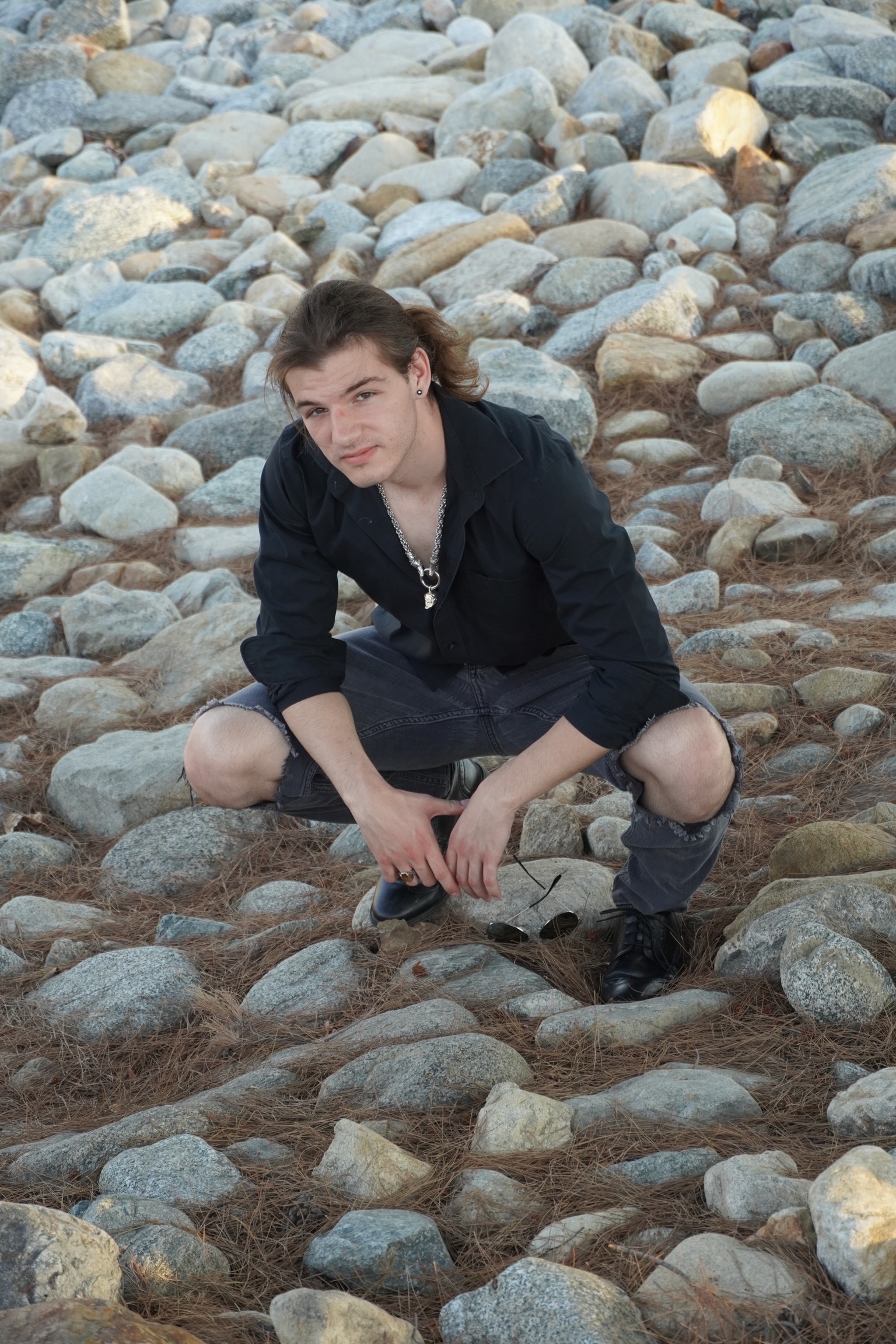 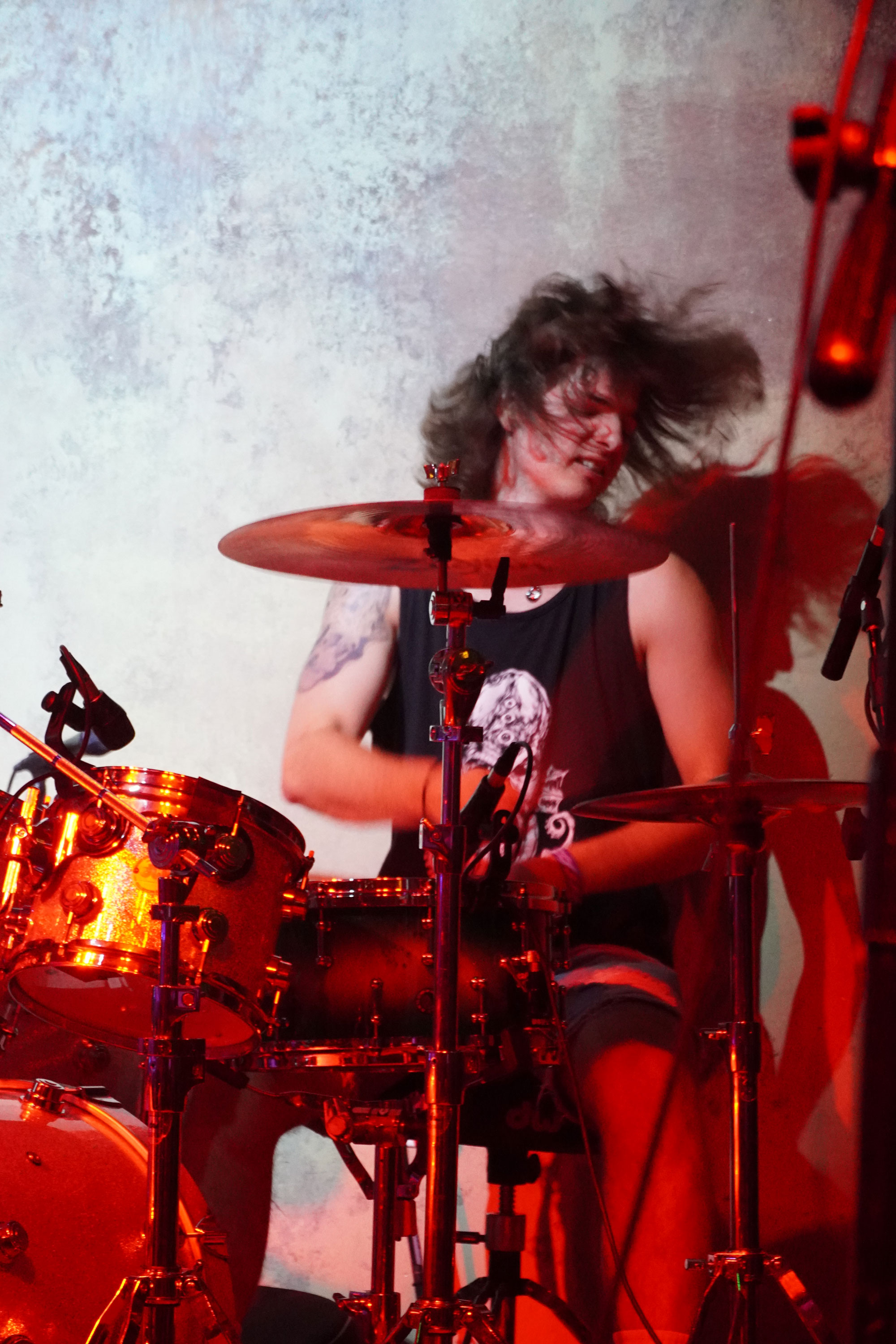 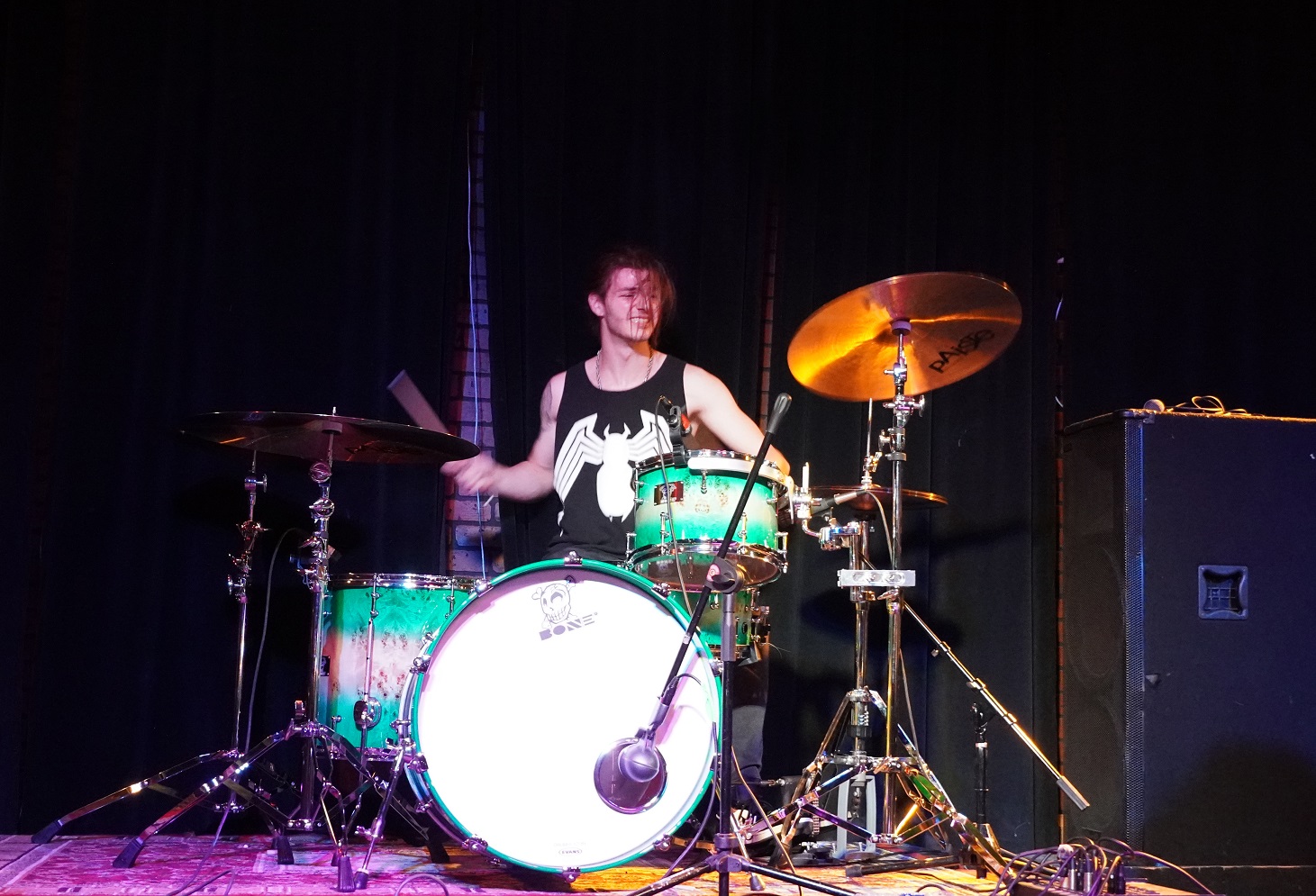 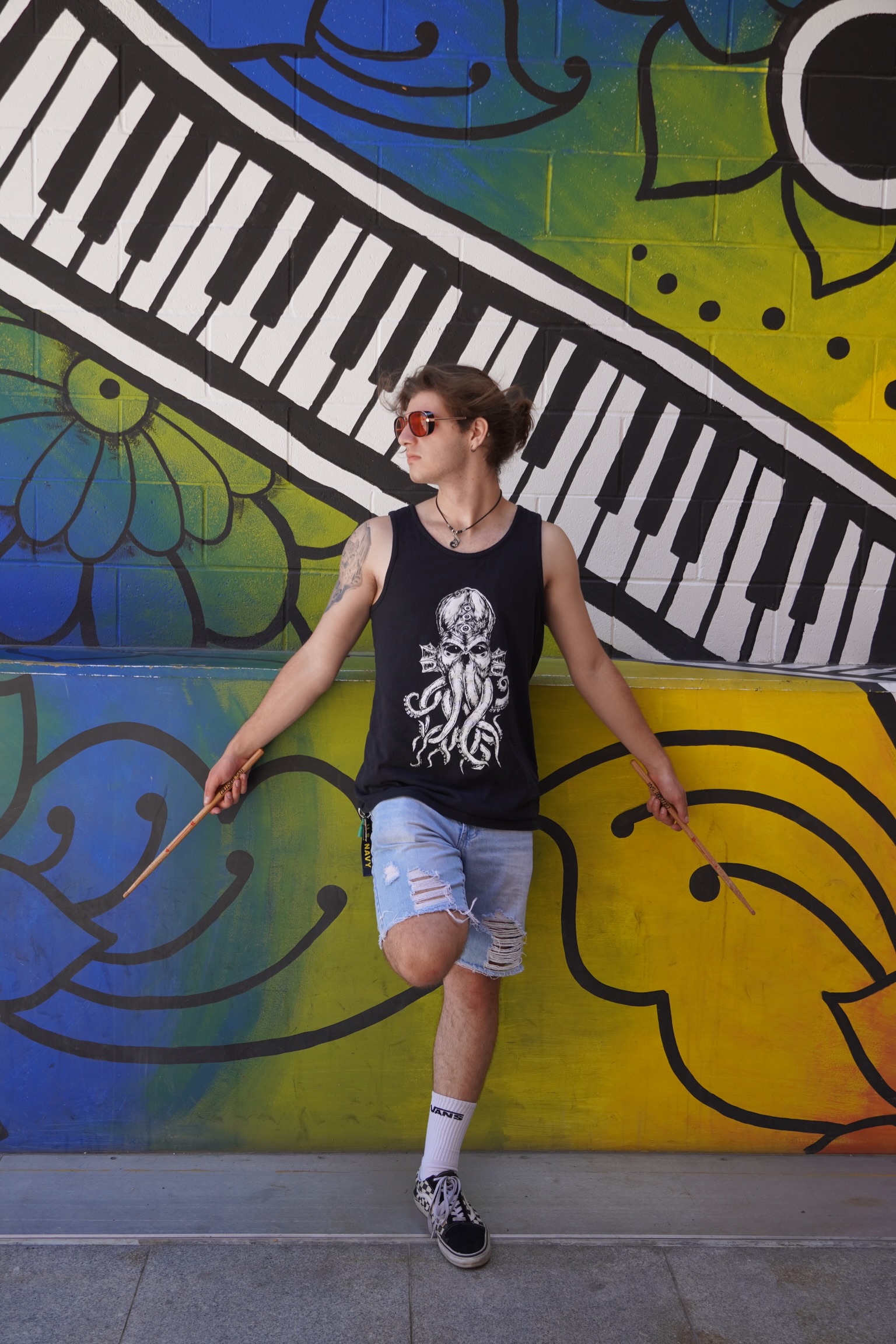 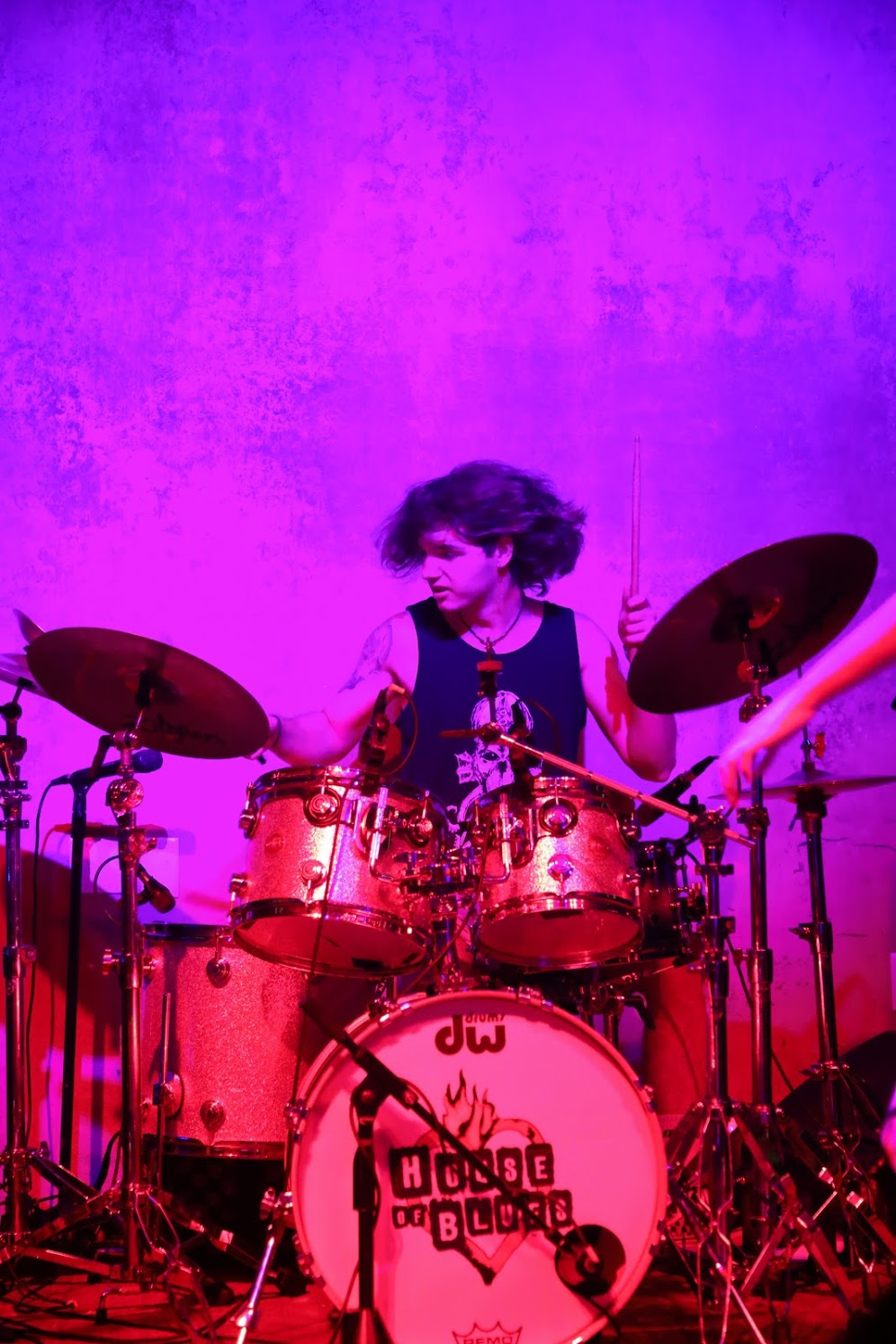