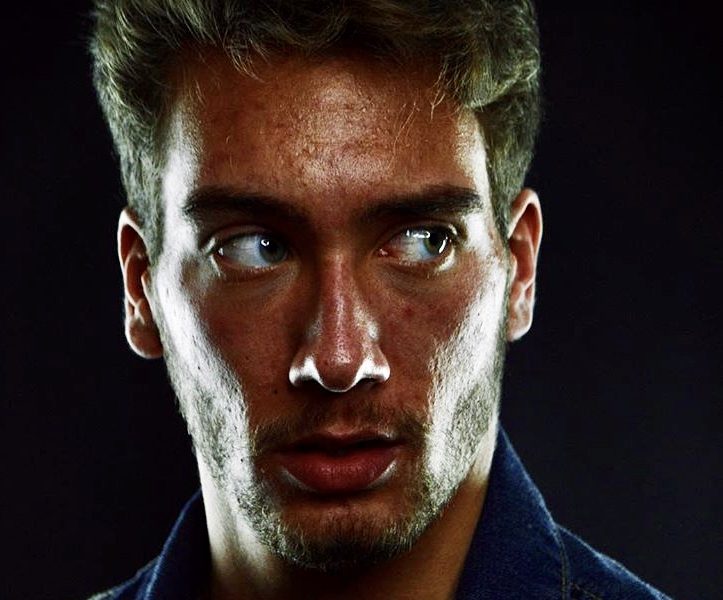 Today we’d like to introduce you to Johnny Haure.

Johnny, can you briefly walk us through your story – how you started and how you got to where you are today.
I grew up in a small town called Suring, Wisconsin. A town where nothing but the ordinary ever happened. It’s an understatement to say that there was nothing around me besides cows and corn. It was a town where you weren’t ever really allowed to express yourself because you’d be deemed as “different”. Lacking most forms of creative outlets besides the sports teams, I grew up without ways to express myself.

Church plays were where I got my start in acting, they ignited a spark in me that I didn’t know existed. My sophomore year of high school I followed this spark and it led me to pursue my first introduction to the industry in the form of acting and modeling classes in Milwaukee, 3.5 hours from where I lived. Lacking the ability to drive by myself, I’m forever grateful to my family for driving me down there every weekend.

The following year I was cast in my first community play, a production of Christopher Sergel’s Get Smart, based on the original series created by Mel Brooks. I would finish school and immediately drive an hour away to make it to rehearsal in Green Bay. I was surprised to see the number of members from my small community that came to support the show. Many of them mentioning to me how much I inspired them for following my dreams and straying from the beaten path of what others my age were doing.

A few months later, when it came time for me to start applying for colleges, I had my eyes set on only one, the American Musical and Dramatic Academy of Los Angeles. I was hesitant about following through, thinking maybe it would be better to follow my other possible option of joining the army. My life became torn, I didn’t know whether it was better to follow my dreams or make my community proud. One day during a free period I snuck away to my school’s stage, a disheveled proscenium bound to give you splinters if you stepped on it wrong. Racked between my two options, I let fate decide which road to follow, I took a quarter out of my pocket, flung it high into the air and let it land as the fates may decide. The tails side upward coerced me to follow my dreams of a life in Hollywood. I was accepted early on in my senior year of high school! Dream school here I come!

I was finally able to get an outlet at my high school in the form of a forensics team where we would compete individually or with a group; different poems, prose, scenes, and stories. My instructors chose me to perform my piece before half of the school in hopes of convincing and inspiring others to join the team next year. Through this outlet, I was able to complete all the way to the state level achieving second place.

Less than a month after graduating from high school, I packed up my life and moved to Los Angeles to start college. I was able to power through a four years program in two years and nine months, graduating with high honors.

In my final semesters of college, I teamed up with my close friend and classmate Westly Monroe to create a serialized web series titled Infernal Realities. The first season titled MENACE was our homage to a genre that we both loved. This leads us to go on to create our production company with which we produce our works tiled Rodeo Celestial Productions. A title that we felt celebrated the differences in our upbringings while coming together to create beautiful harmony.

We’re always bombarded by how great it is to pursue your passion, etc – but we’ve spoken with enough people to know that it’s not always easy. Overall, would you say things have been easy for you?
The road to get this far has definitely not been the easiest. Our company is almost entirely funded out of pocket. Which means that somehow we need to find ways to afford our art while also affording to live. This caused me to work upwards of 80 hour work weeks, six days a week for over two years. I was literally working myself to death to barely make it through. In the midst of all that, I also found myself facing very serious health issues. Everything piling on top of one another caused me to sink into a massive spout of depression.

On a less personal front, other challenges we face involve the productions themselves. We often find ourselves creating stories much bigger than the means of labor with which we have to produce them. This involves us having to get creative, often finding unique ways to make something work whether it be a costume, effect, plot point, or shot. It can be increasingly frustrating working on such a low budget production as everybody has to wear multiple hats to make the vision work. Even though these obstacles may be harrowing at times, they can also be the most rewarding experiences and a big reason why we do what we do.

Please tell us about Rodeo Celestial Productions.
Rodeo Celestial Productions is known for our dedicated work with members of minority groups; both In front of the camera and behind. We take great pride in working towards a better and more inclusive industry. Important aspects of the stories we tell involve members of the LGBT community, people of color, and strong women. Our upcoming second season of Infernal Realities deals heavily with celebrating different cultures to create a better whole.

Has luck played a meaningful role in your life and business?
The role of luck has played a huge part in getting me to where I am today. I consider myself to be incredibly lucky that the coin flip I used to decide my fate didn’t land on the opposing side. I can’t even begin to imagine how different my life would have been should I not followed the artist’s path.

Another way I consider myself to be incredibly lucky was in finding my business partner, Westly Monroe, with whom I work so well with. We constantly push each other to be better and push the limits of our artistry. We have the ability to celebrate our differences and turn them into beautiful creations. 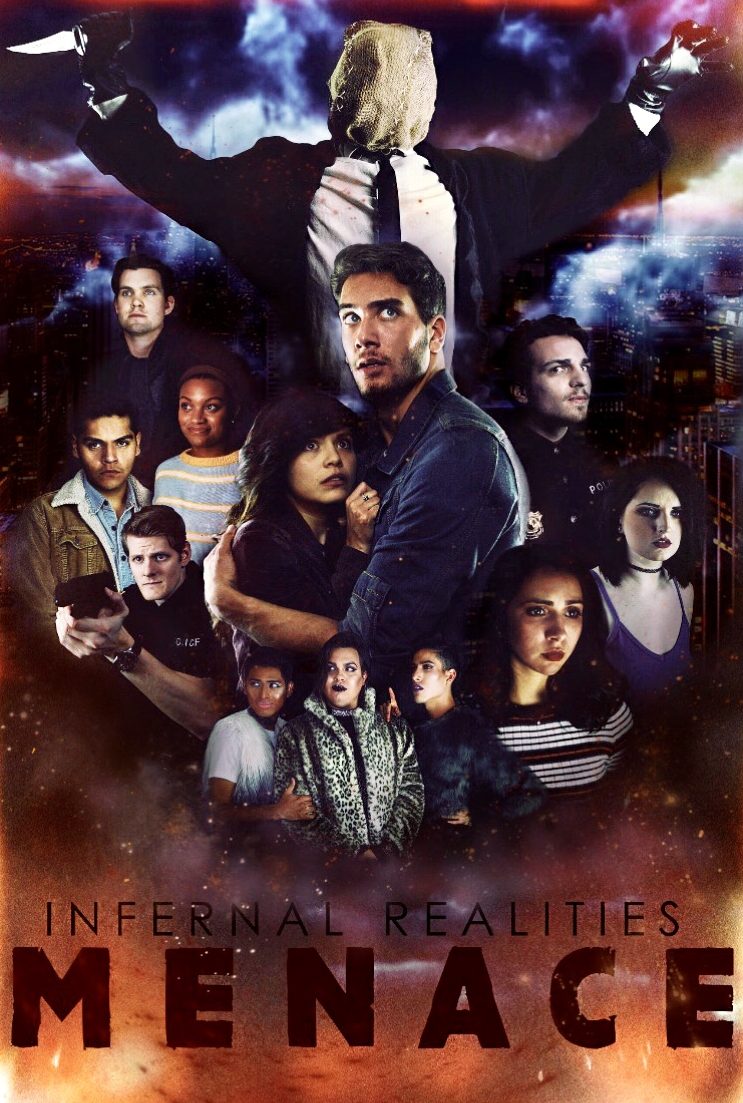 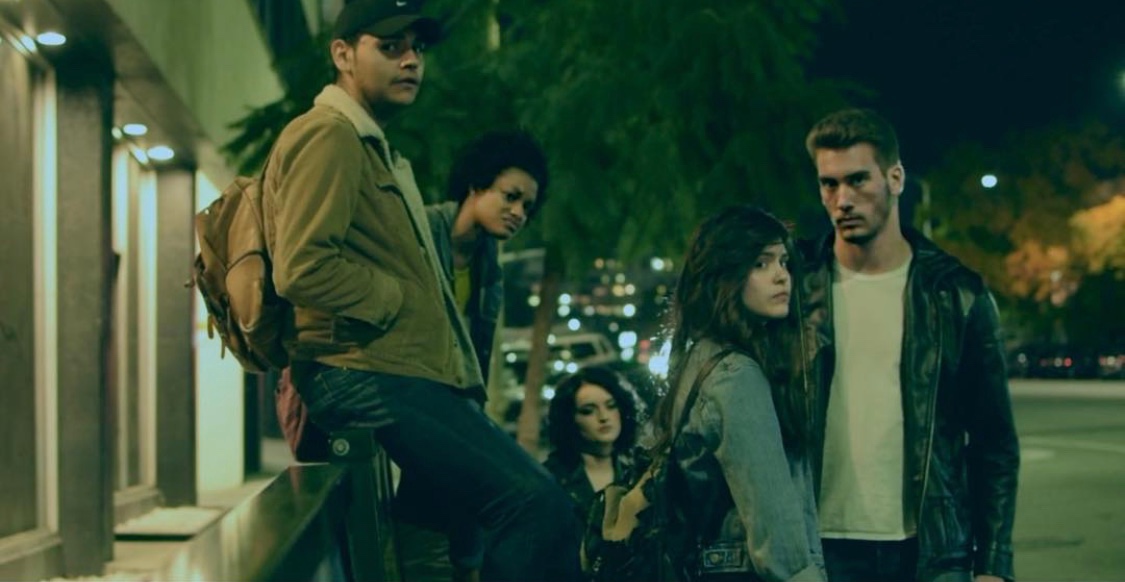 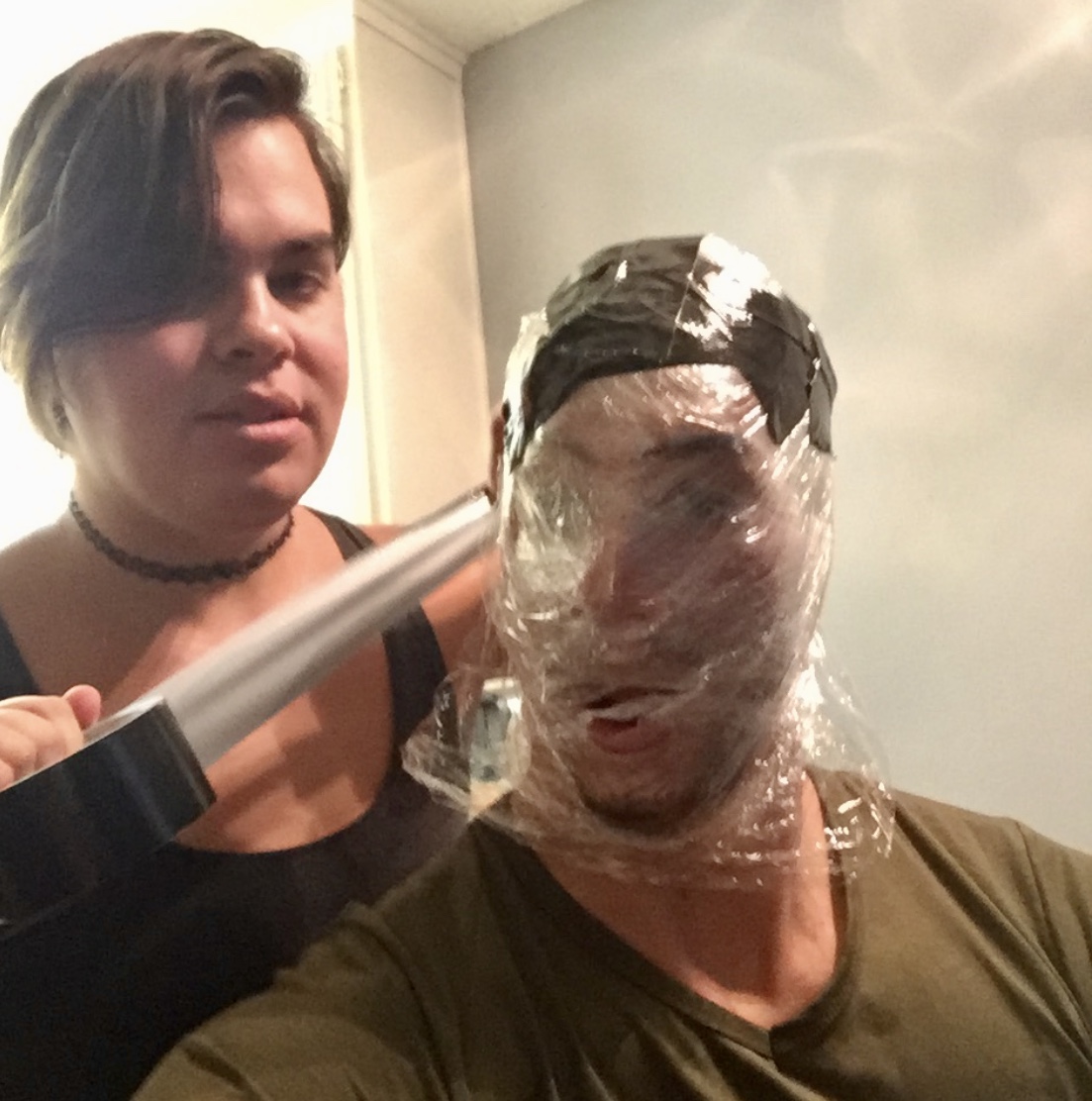 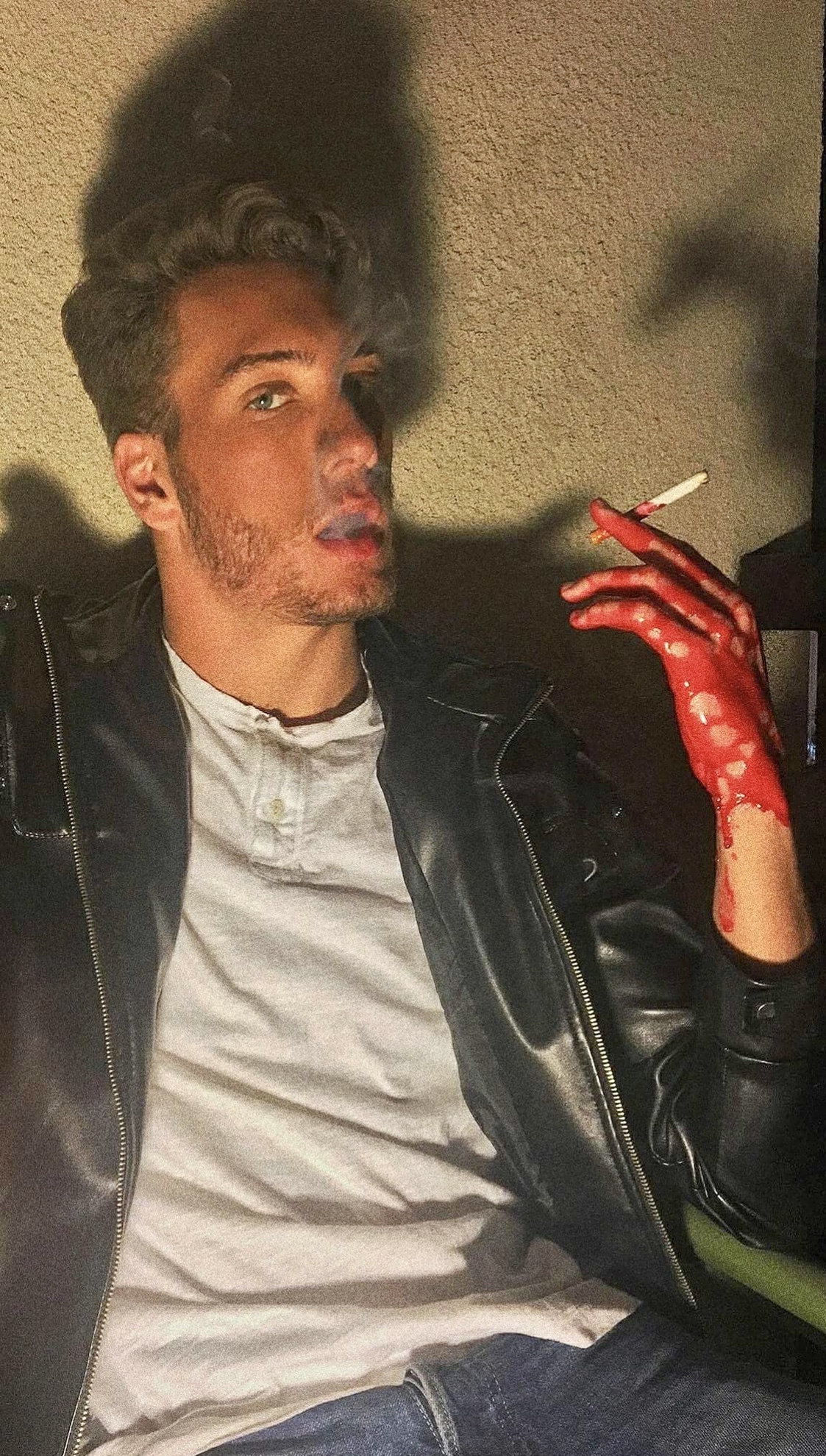 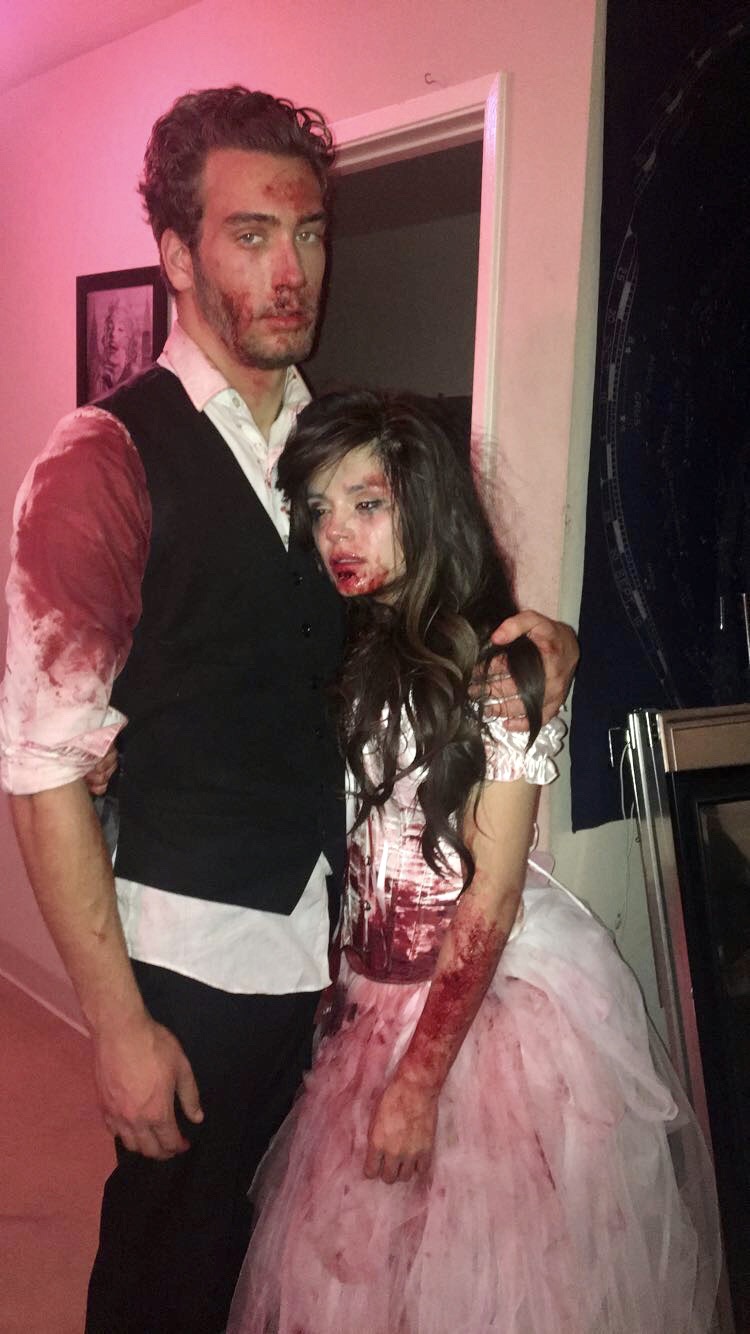