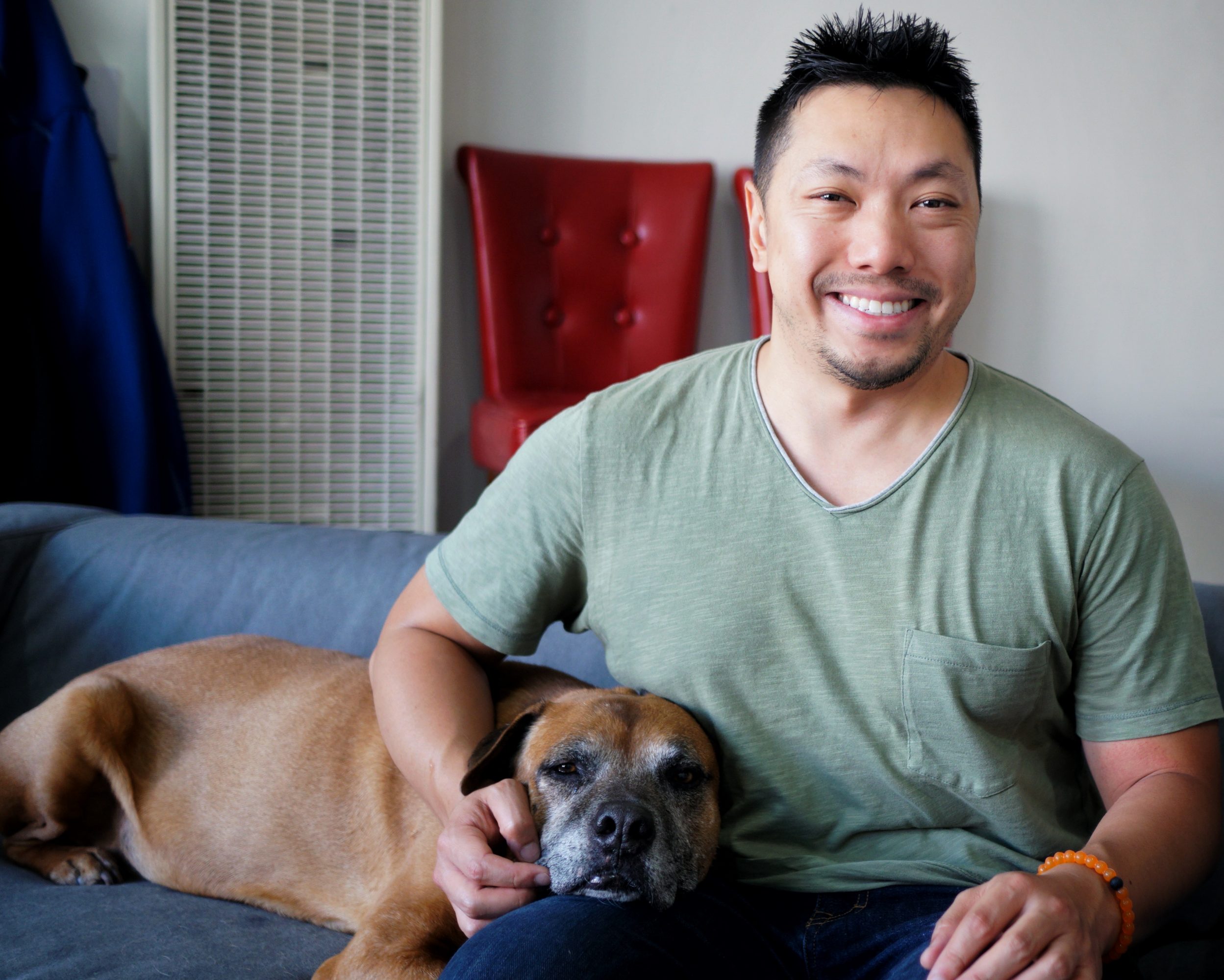 Today we’d like to introduce you to John Wu.

John, let’s start with your story. We’d love to hear how you got started and how the journey has been so far.
As a college student, I was aimlessly changing majors. I took theatre appreciation which eventually leads me to take an acting class at Rutgers University. A handful of college plays later, I decided to pursue it and moved to Hoboken, NJ (close to Manhattan) with two other good friends I knew at Rutgers. My first union role came in 2006 in the HBO show The Sopranos. A small speaking role, to be sure, technically recurring (I have no lines in the later episode of the final season), but I was encouraged to the point of self-entitled. I was receiving more auditions from my reps at the time but due to my one-size-fits-all approach to auditioning, I didn’t make any dents. Around 2010, I hit bottom to the point that I decided to train at NYC’s William Esper Studio. Ever since then, my basis in how I approach script analysis has been rooted in the fundamentals of what I learned there, particularly in my second year.

So when I decided to write my own scripts with the intention of casting myself in those projects, much of my writing took meaningful acting moments into consideration. I met an individual who facilitated my first script reading of a short film I wrote. Not long after, he reached out to me and told me about a group that meets every Sunday in New York and I was brought into the fold. We inspired each other to write, some works produced from that effort received recognition in various contests and festivals.

Overall, has it been relatively smooth? If not, what were some of the struggles along the way?
The quarantine has been an emotionally difficult time for me. Between personally knowing friends/family who are tragically affected and seeing those who downplay the severity of it, the Zoom meetings of the group became the highlight of my week, and others have said the same. I haven’t had the same drive since the lockdown began: I’m not able to enjoy streaming movies or playing video games the same way. I get distracted every 10 minutes with thoughts about my family in the east coast, what this means for the industry, my safety, the well-being of my dog, etc. But in that time, others in the group during Zoom meetings stepped up. They found solace in writing during the lockdown whereas I struggled (and still do). It has helped me to see the greatness in others rather than concentrating on my own struggles. Whereas in the beginning, I felt like I brought in scripts to read out loud to keep the energy and momentum of the Actors & Writers Lab kinetic and forward-moving, it was now other people helping to pick up that load. And I’m thankful to them for it.

Please tell us about Actors & Writers Lab.
Around 2018 or so, I had been booking more acting work too. I found that collaboration, writing and acting all fed into each other. Inspiration or work from one area bleeds into the other. I really don’t think those bookings would have happened if I maintained my tunnel vision as far as acting is concerned. It was also around then that I had decided to make the move to Los Angeles based on my momentum at the time. Once I got here, it wasn’t long before I established a group similar to the home that welcomed me in New York. I never came up with an official name, I guess the idea at the time was kind of cheesy to do that sort of thing. So on Facebook, it’s just called “Actors & Writers Lab in Los Angeles”. Not quite eye-catching but all the relevant information is in the group name: who we are, where we live. I started as a way to find some semblance of normalcy because my first months in LA were the loneliest. The group gave me justification that I made the right decision to move out west and allowed me to connect with new people, as well as friends I knew from the east coast that had also moved here. I even wrote/produced a sketch that I workshopped with the group first and it has received over 10 million views on Facebook:

The ABC Who Can’t Read Chinese

Until the pandemic lockdown, we meet roughly every two weeks at one of our apartments and read scripts or even a few pages of a writer’s idea out loud. We would discuss them constructively. In the beginning, it was mostly me bringing the writing, most of them backlogs of half-hearted and incomplete scripts, anything to get the ball rolling. As the weeks progressed, others stepped up to bring writing of their own and I saw in those actors-turned-writers voices I didn’t know existed.

Any shoutouts? Who else deserves credit in this story – who has played a meaningful role?
The teachers at William Esper Studio have gave me a logical framework to better understand performance text, in particular my 2nd year teacher David Newer. He is a teacher who perfectly blends the inner work with technical direction. I believe both are important. Thank you to Vivian Ahn for nominating me to LAVoyage. When times were tough, Richard Reeve formerly of CG Jung Institute through therapy and analysis of the subconscious has given me the gift of self-awareness, something I was sorely lacking many years ago. 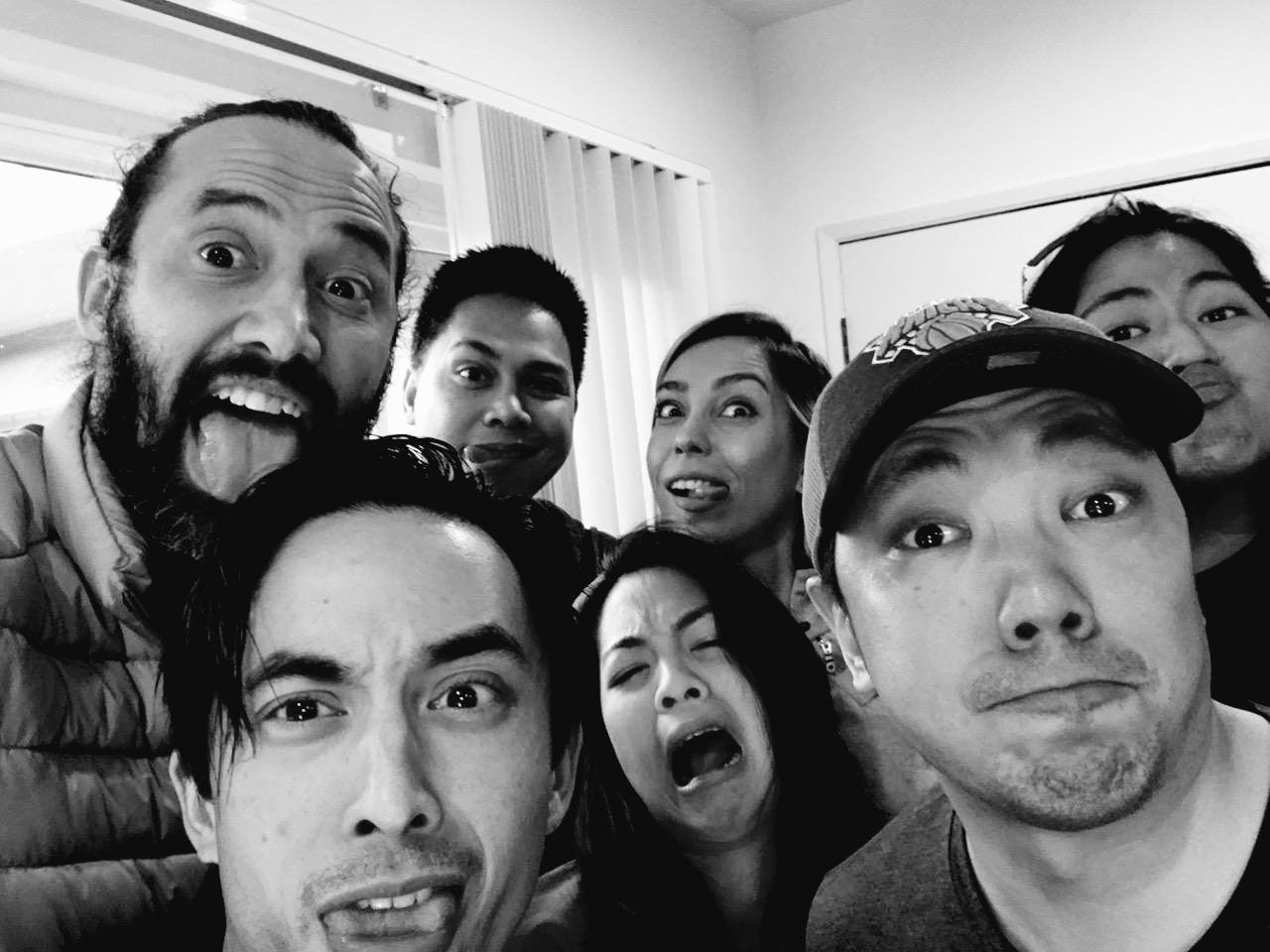