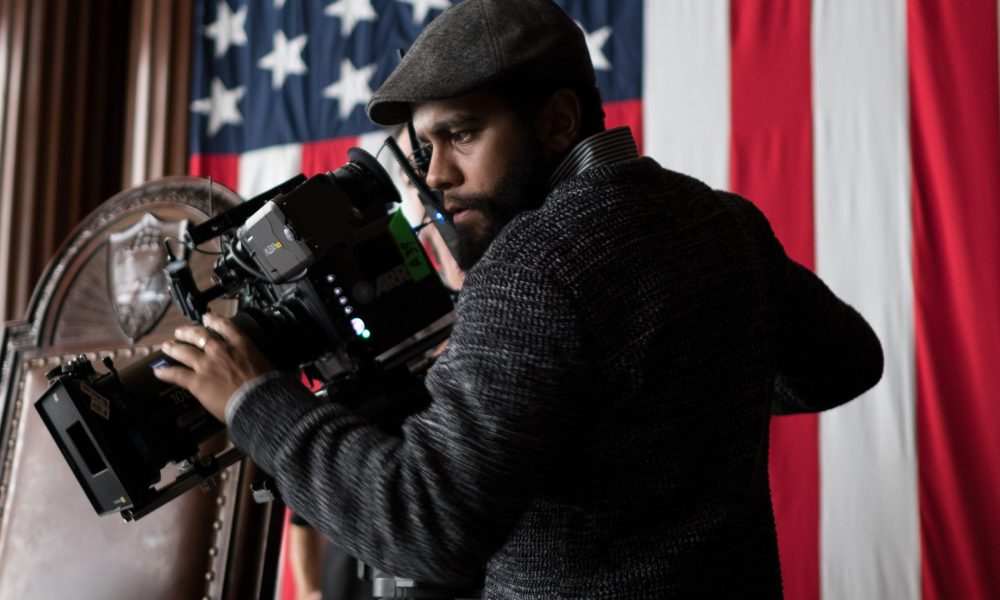 Today we’d like to introduce you to John Rosario.

Thanks for sharing your story with us John. So, let’s start at the beginning and we can move on from there.
I didn’t always know that I wanted to be a Cinematographer or pursue a career in the arts.

I was born and raised in Brooklyn, New York to blue-collar, immigrant parents from the Dominican Republic. My father was a mechanic with an auto body and paint shop and my mother worked for an organization that assisted the elderly at their homes.

As a kid, I loved watching movies, writing stories and drawing pictures but I did it for fun, I never considered that any of it could be a career. In fact, I attended the City University of NY (CUNY) to become a Civil Engineer. I studied there for about a year until a musician friend of mine changed the course of my life by asking a simple question; “Do you see yourself being happy with what it is that you’re pursuing?” The answer was no. “Joy” and “Work” aren’t words that go together in a working-class Latino family. I decided to go to film school simply because I enjoyed watching them. It was here that I realized my affinity for cinematography, the composition of frames and the lighting of worlds.

I started out shooting music videos, documentaries and short films with a ragtag group of friends around NY. Fueled by youthful naivety, we would mostly work for free or for really low pay while honing in and polishing our crafts. Eventually, we would all go on to get bigger and better opportunities. I transitioned to shooting mostly narrative feature films which contributed to a move to Los Angeles, CA where I currently reside.

Great, so let’s dig a little deeper into the story – has it been an easy path overall and if not, what were the challenges you’ve had to overcome?
I don’t believe it’s ever a smooth road when pursuing a creative or artistic career. The traditional and more financially secure way of becoming a Cinematographer is to work your way up within the camera department from as ground level as a Camera Intern to Assistant and so on. In many ways, this is a smarter choice. You’ll acquire years of technical experience while learning from colleagues and developing a network of contacts along the way. I dabbled in it but ultimately decided not to take this path, I was impatient and I had my heart set on being a Cinematographer, but with that came many struggles.

In the beginning, I had to do A LOT of free work in order to build a portfolio, create a network and most importantly, to improve. There were many ramen noodle days while the bank account sat a constant negative. Days were I questioned my choices and thought about getting a part-time job to stay above water. Eventually, perseverance and dedication paid off after years of drudging through the thick of it and found that there wasn’t as much resistance anymore. I believe these struggles early on are what set the foundation of my career.

We’d love to hear more about your work.
I’m a Cinematographer and I get hired by Producers and Directors to photograph and actualize the script into a moving image. In collaboration with the Director, I make decisions about camera movement, frame composition and the lighting of a scene. For me, it’s important to take a psychological approach when developing the visual language and aesthetic of a film. It’s an opportunity to add layers and depth. I like to dig deep and understand the essence of the scene and how I can visually assist or enhance what it is trying to say. I like to craft images with tones that illicit a mood and a feeling within the viewer. I believe that you should be able to turn off the sound of a film and follow it relying on what you see.

Over the summer, I shot Son of the South, a 1970’s period film, set in Montgomery Alabama and based on the true story of Civil Rights activist Bob Zellner, directed by Barry Alexander Brown and Executive Produced by Spike Lee. This is a truly special story and I encourage everyone to be on the lookout for it. It is currently in post-production.

Recently, I won an Emmy for my work on a sports feature I shot for the LA Dodgers commemorating Kirk Gibson.

Do you look back particularly fondly on any memories from childhood?
My favorite childhood memory, which is not a single memory but a series of multiple occasions, is pretty ironic. Being the oldest of three, it was my responsibility to operate the family video camera during birthdays, vacations and so on. I absolutely despised doing this, so much so, that I would lie about the tapes being full or the batteries not being charged to try and get out of it. It didn’t always work out. Fast forward to now and you would have a hard time peeling a camera away from me. Had I known then that cinematography was in my future, I would’ve owned and embraced that video camera. It’s something that my mother and I still laugh about today. 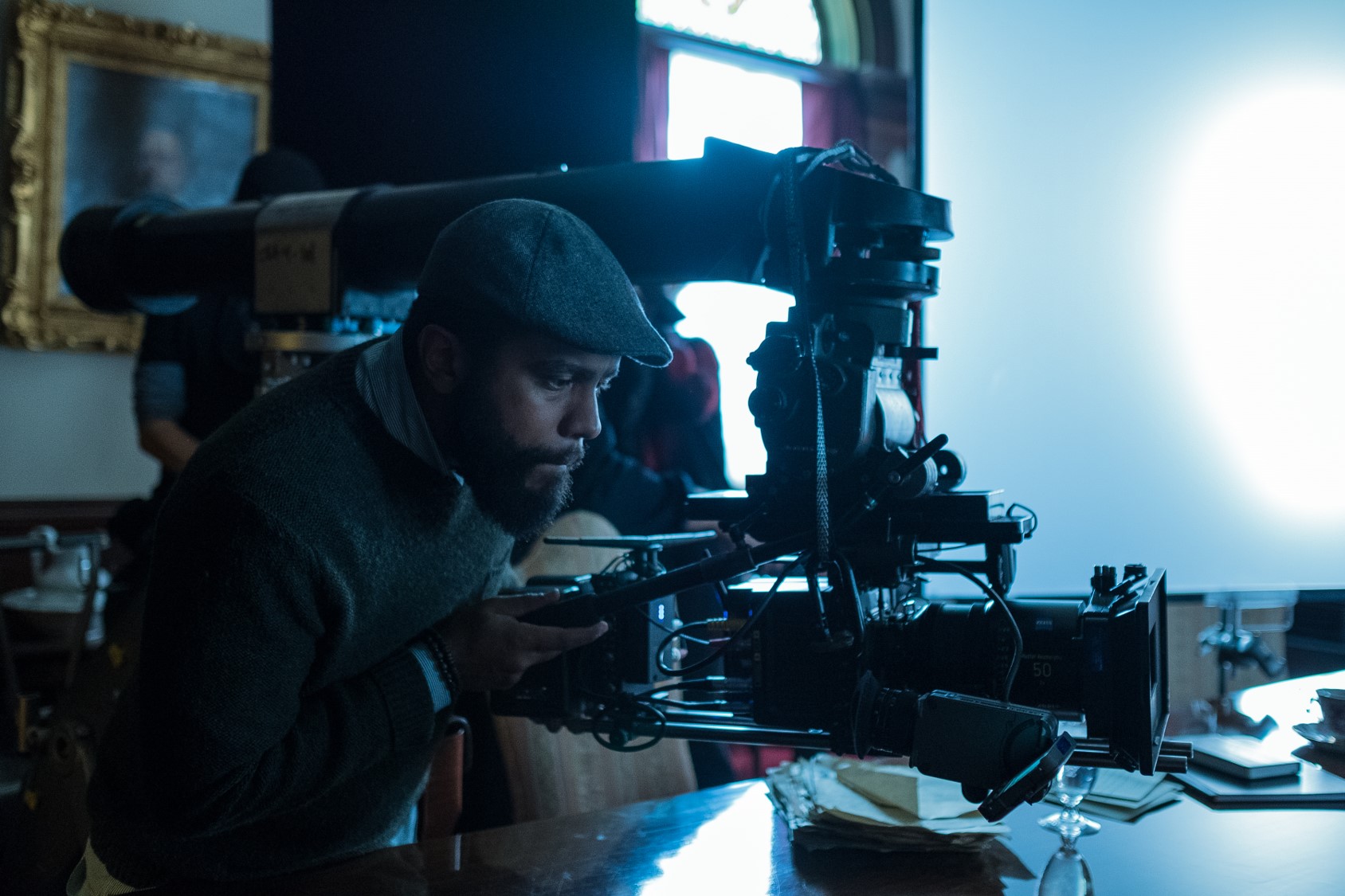 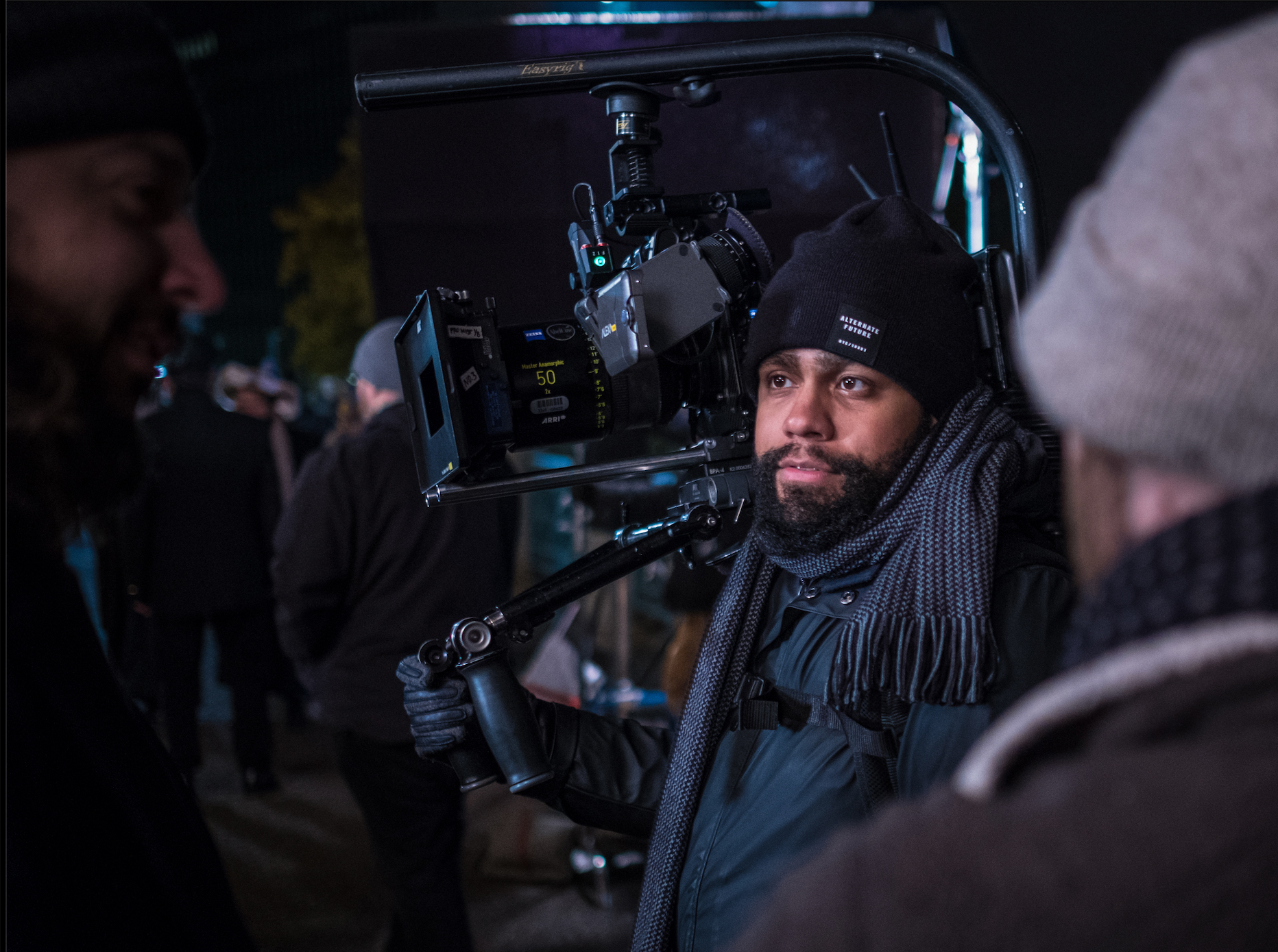 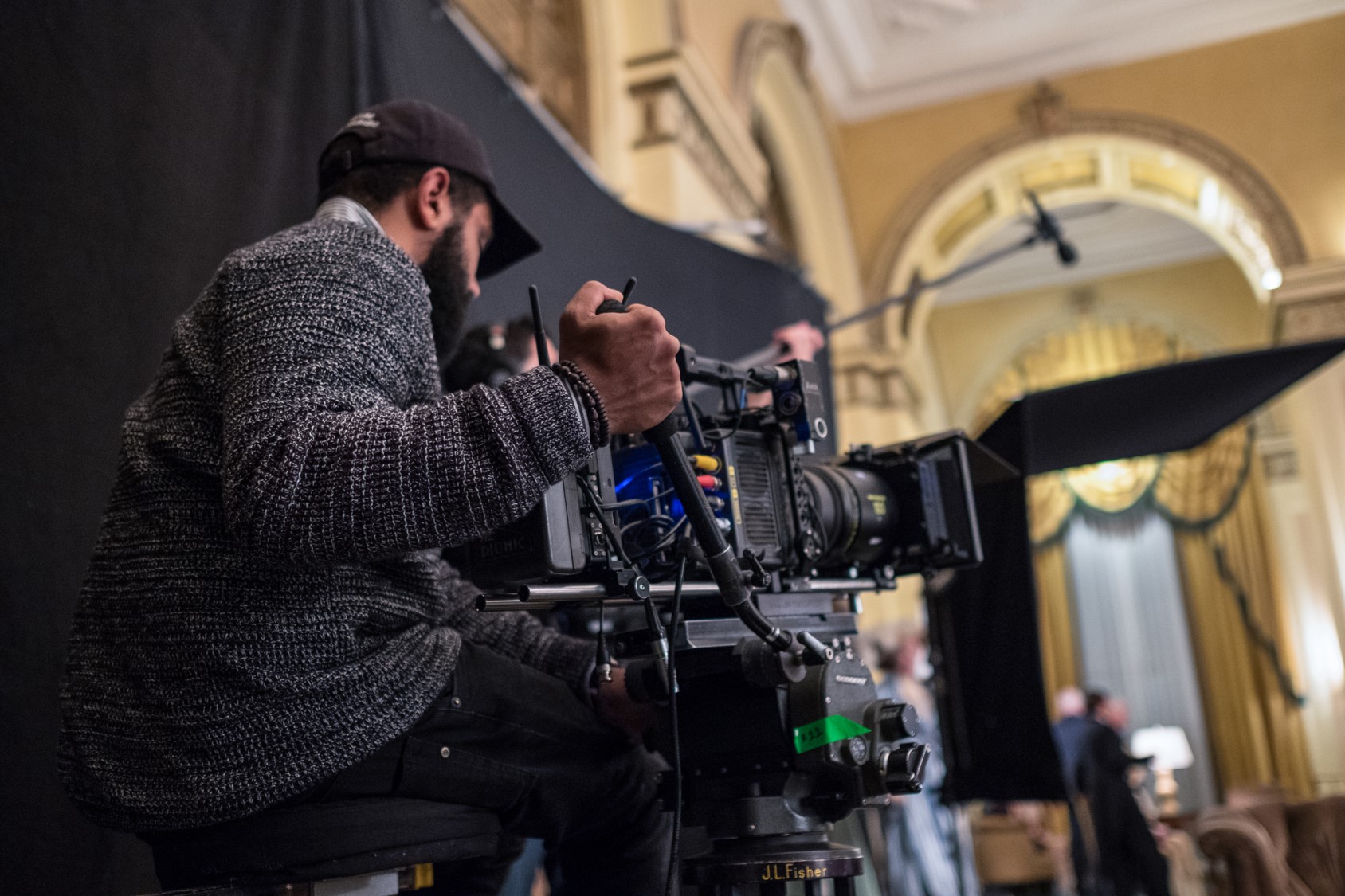 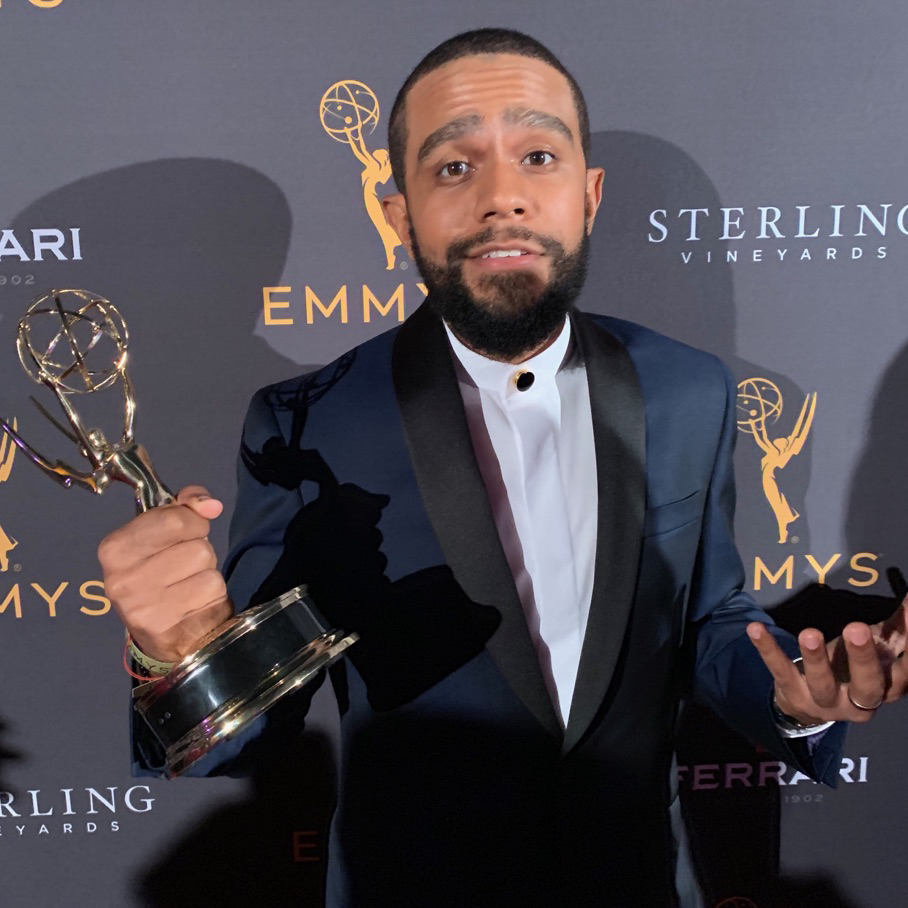 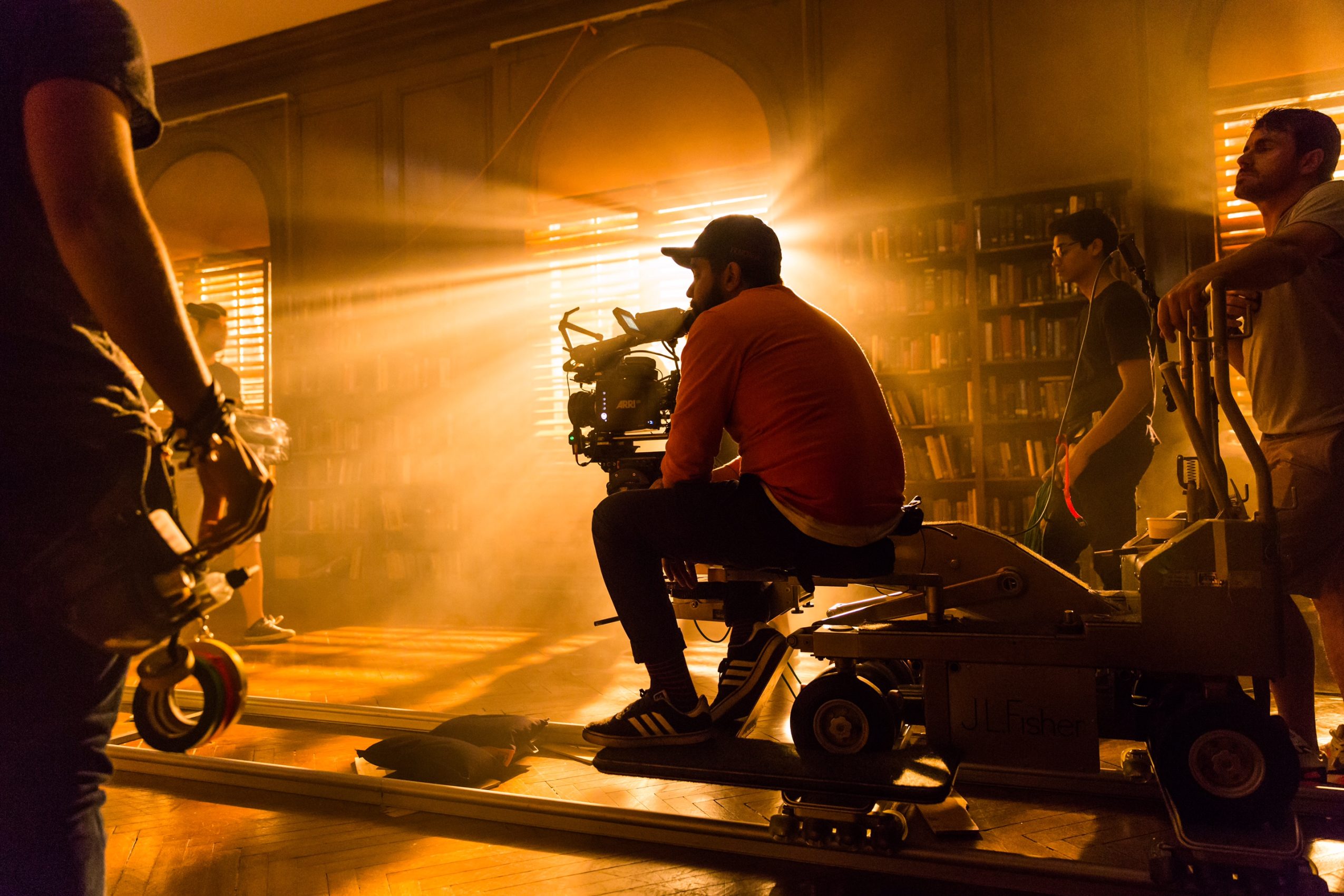