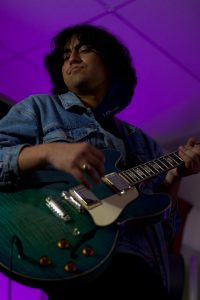 Today we’d like to introduce you to John Michael Agundez.

Hi John Michael, can you start by introducing yourself? We’d love to learn more about how you got to where you are today?
My story starts out with my mother, she always wanted to learn how to play guitar and she tried to learn from my uncle who was a great musician. My uncle would always perform with his band at parties and venues when I was younger and we used to always see them play. It amazed me to see him perform and from that point on, I always wanted to know what that feeling was like. My uncle was one of my first musical heroes. After a few lessons with my uncle she gave up because she said it was too hard, so for about two years, we had a guitar just laying around on a stand in the living room. One day I picked it up and started strumming it and told my parents that I wanted to learn. They gave me a talk first about how difficult playing an instrument was and it would take time to even learn anything on it. A few weeks later, I started lessons and according to my mom from the first lesson, I was really understanding the material being taught to me. After about two years of lessons, I stopped the private lessons I was taking and started to learn mostly on my own. Around this time, my uncle passed away due to heart problems and it really hit me hard because at the time, it was my dream to be good enough to play with my uncle.

In this period, I didn’t progress or practice much guitar until I reached high school and started to play with some people I met. We started a band called The Cuff and started writing our own music not too long after we started playing together. It was in this setting where I realized that the other members in the band were much better at their instruments than I was at guitar, so this is what really pushed me to practice and learn new things with guitar. Around this time, my mom introduced me to John Mayer and his guitar playing really influenced me in these years where I was trying to “find my sound.” Listening to John Mayer and his blues playing really set me down a blues path to learning guitar. I started digging deep into all the blues classics from Howlin’ Wolf, Muddy Water and B.B. King, really studying and playing along to their songs. In the band, we would play shows pretty often considering only being 15 or 16 and not too many venues holding shows for bands at this age. All the shows really helped me come out of my shell and taught me how to perform in front of people. When I started performing, it’s like something changed in me where I went from a really shy teenager to a more outgoing spirit who liked to meet new people. The band continued to play shows and record music all throughout my high school years. When I started college, I wanted to be a music major at Cal State Fullerton, so I tried out for their music department. Since the department is really only based in jazz and classical the audition was really tough for me, and I ended up messing up really bad to the point where I cried the whole way back to my house. I eventually got my rejection letter from the music department and decided to study business.

In this time, the band started to play less and less for a few different reasons, I started to get really busy in college and it was harder to keep up. We still played shows just not as often. We all started to play with different people as well. I started another band with a couple of friends a year or two later called Sweet Smooth and one of the members really introduced me to some music that I had never listened to before, like funk, soul and R&B. In this time, I was searching for many different ways to get my name out into the world as a musician. I started to do a little bit of session work for some producers here and there and I even entered a blues guitar contest in 2019 called The Six String Showdown. This contest got some of the best blues guitarists from Orange County, LA County, Inland Empire/San Diego and Kern County and would have them face off in front of judges. I signed up for the LA county section of this competition because by the time I decided to join the Orange County was full. I did the competition and ended up winning the LA county section of the competition. It was an amazing experience meeting so many amazing and talented musicians who were playing really similar music to me. I won a guitar, money, and a chance to go to the finals at a bigger blues festival later that year. In the finals, they had the winner of all the county competitions face each other in front of some bigger name artists like Keb Mo’. I ended up not winning the finals but overall, it was a great experience! As of right now, I am just trying to write a lot of music and trying to stay on top of my playing and singing so I can be ready once venues start opening again.

We all face challenges, but looking back would you describe it as a relatively smooth road?
It hasn’t exactly been a smooth road, I had some struggles that I talked about in my story such as my uncle passing. It was like my musical hero being taken away from me. Another struggle was being rejected from The cal state Fullerton music department, it really made me feel as if I wasn’t good enough to be playing guitar at a higher level. Growing apart from my first band really was an obstacle for me, even now it saddens me that our music isn’t being released or continuing to be made.

Can you tell our readers more about what you do and what you think sets you apart from others?
I have been working at a small company called Tritone for about eight years now. It is an after school guitar program where we go out to schools and teach kids guitar in a group setting. We try to motivate our students to learn music and have fun with it at the same time. What makes me the most proud is when a student is having a lot of trouble and they are able to overcome that trouble and get better and better on the guitar. I guess what sets me apart is my patience with my students, I never really get frustrated with my students when they can’t seem to grasp a concept.

What matters most to you?
I think what matters most to me is my family because without my mom and dad’s support, I would not be as comfortable pursuing music. I think their love and support has gotten me through a lot of tough times in my life. They are very understanding and some of the most amazing human beings that I know. My mom is always asking me to play her and sing her songs when I am playing. My dad is always coming into my room while I am playing and showing me new gear that he finds online that he thinks would make my guitar sound a lot better. Even when I play loud, they never tell me to turn my guitar down or anything, I will come out of my room after and they’ll always say “wow that sounded really good” in a very sincere tone. 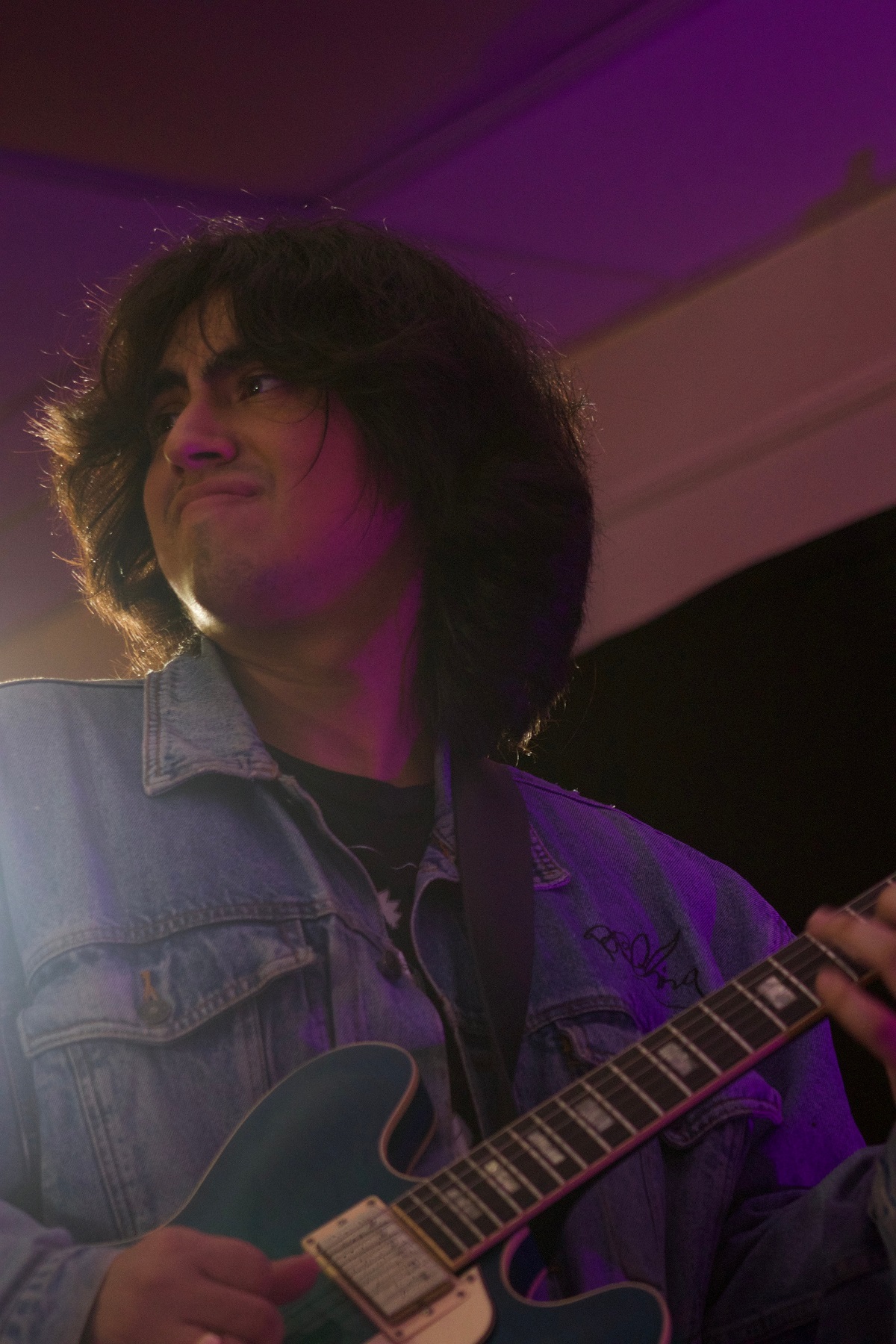 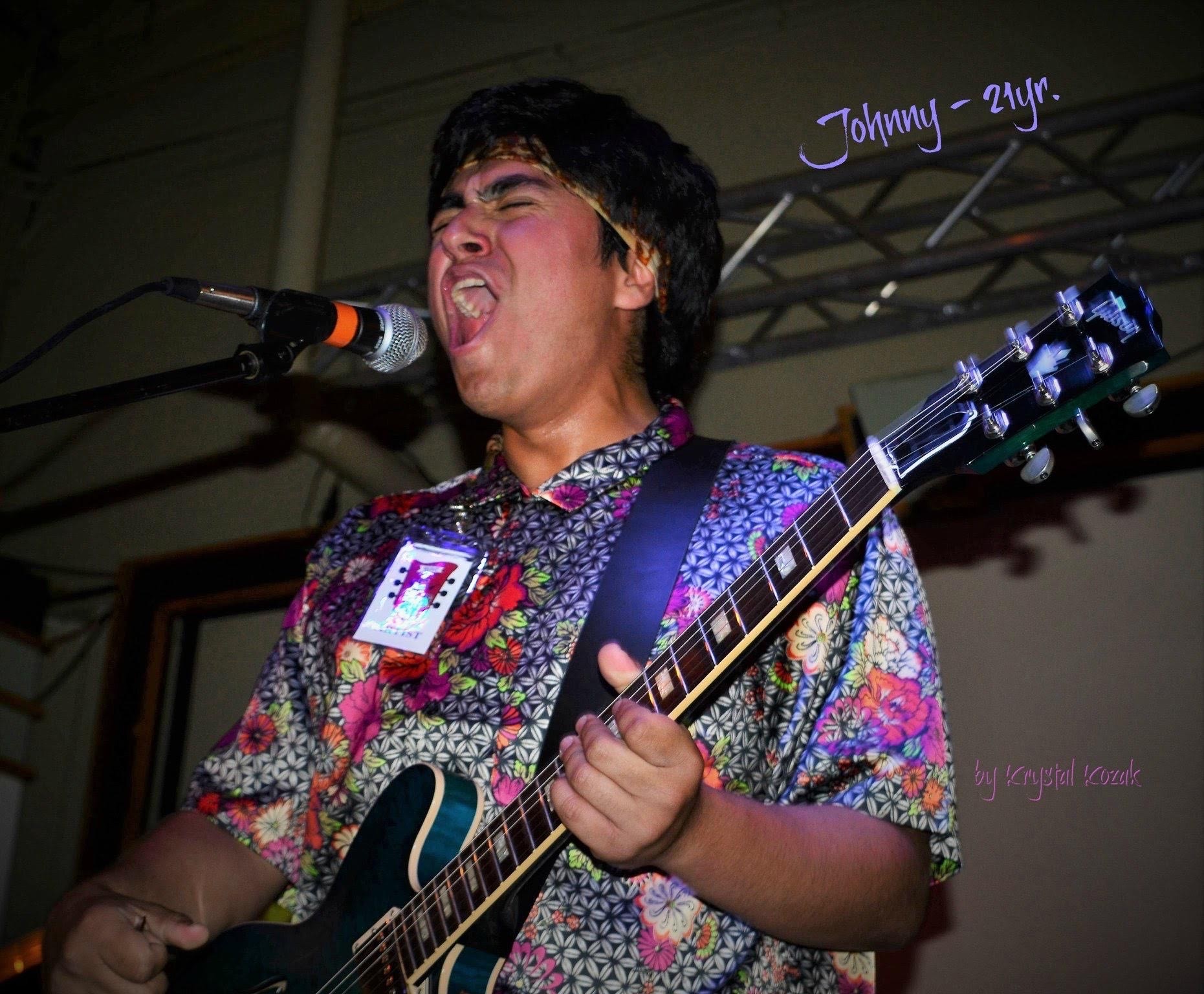 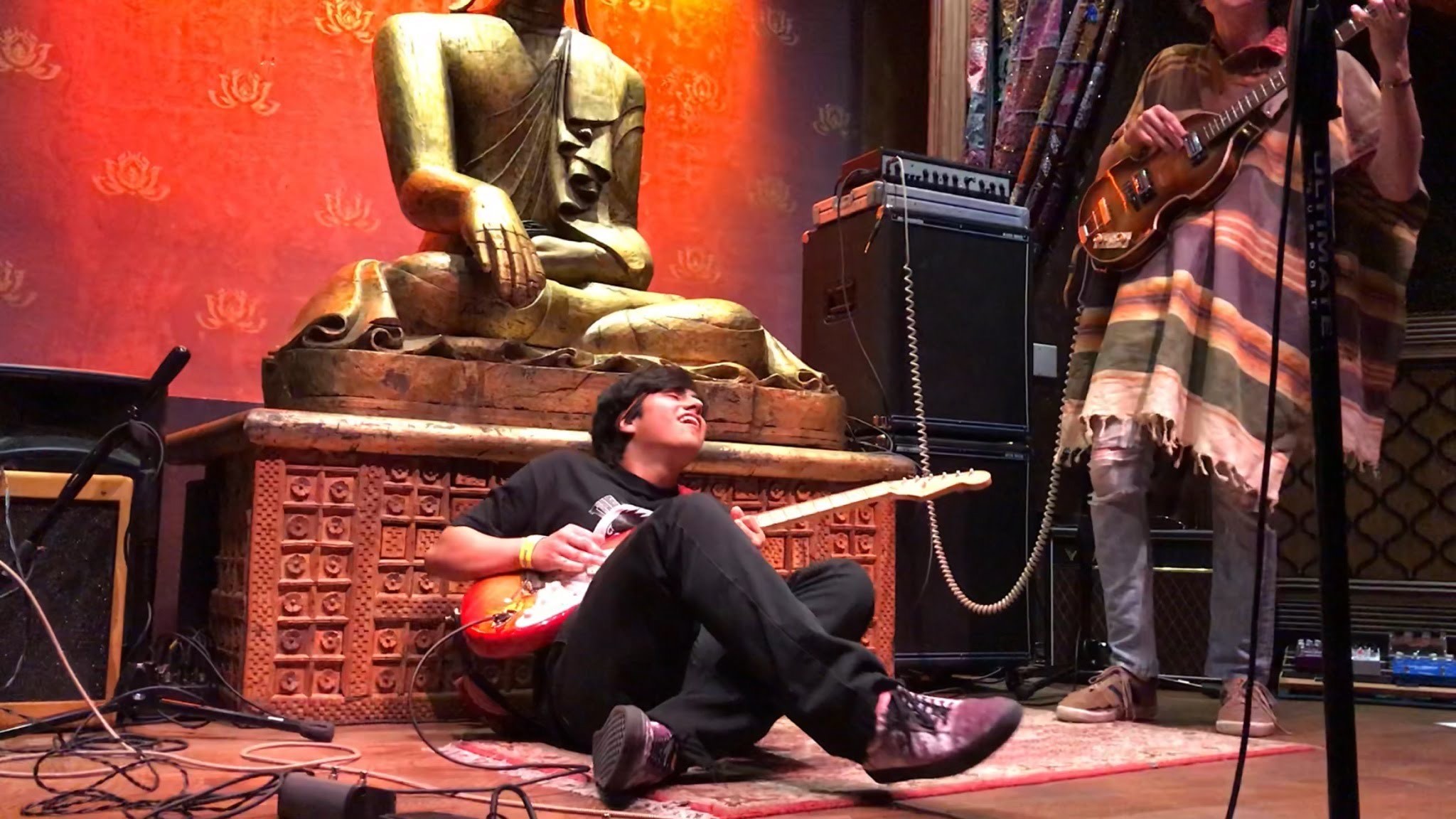 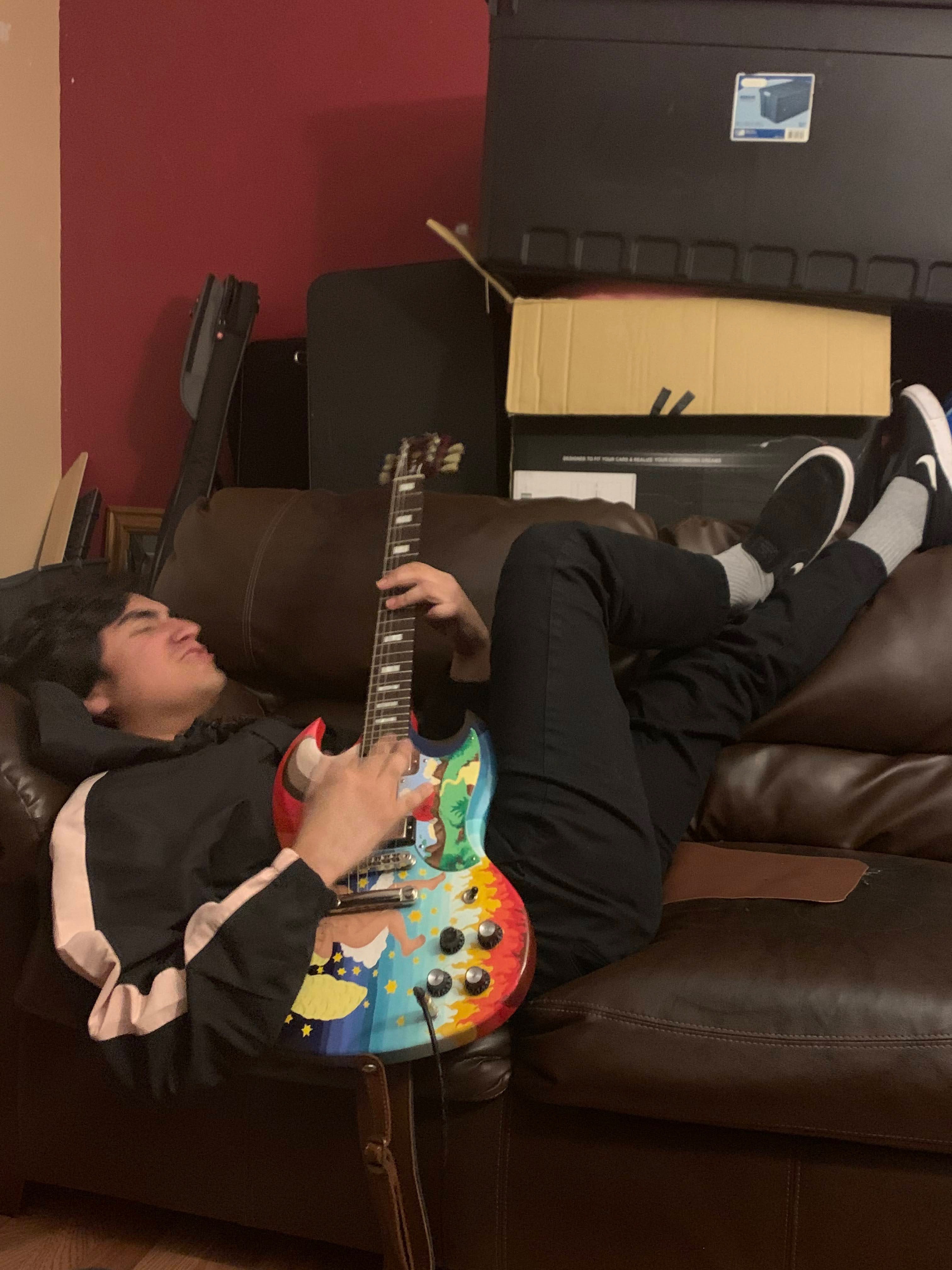 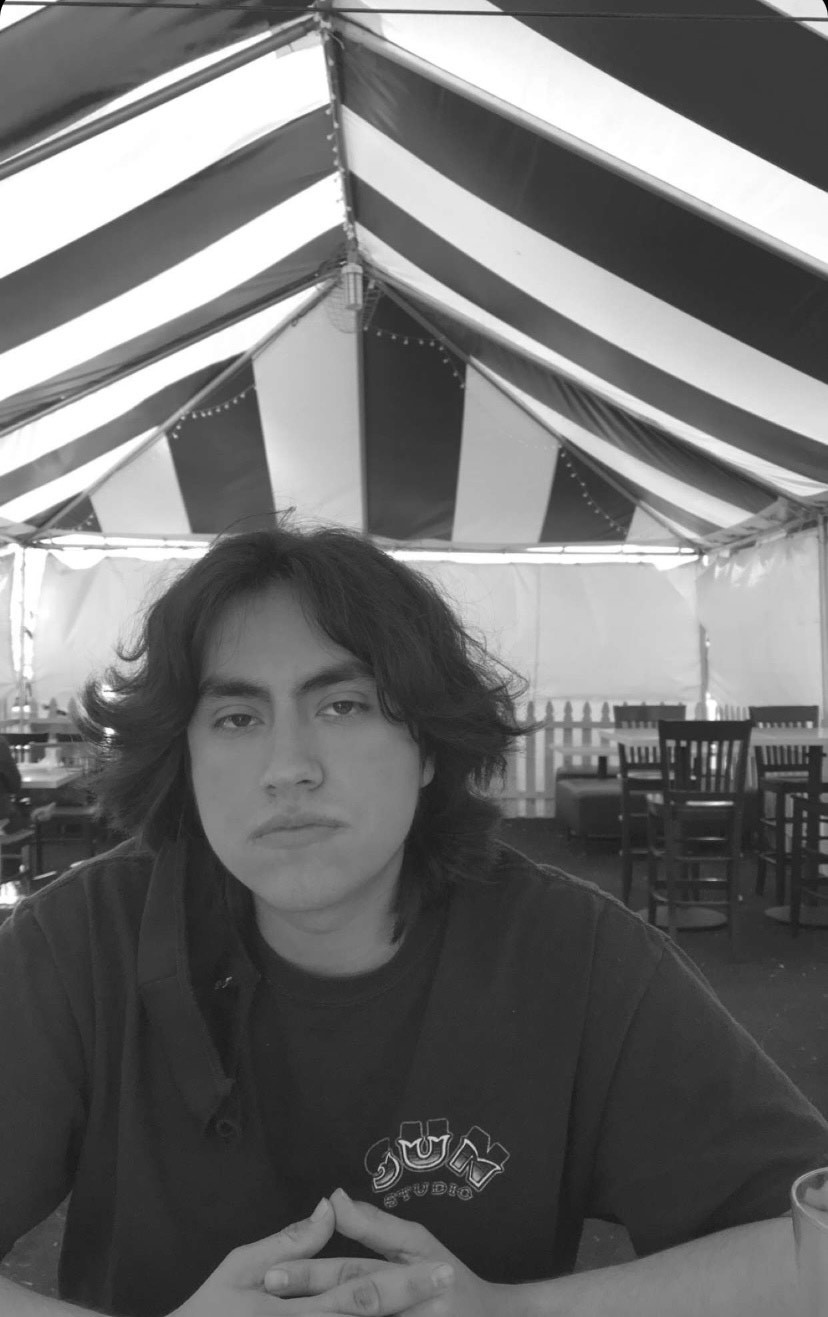 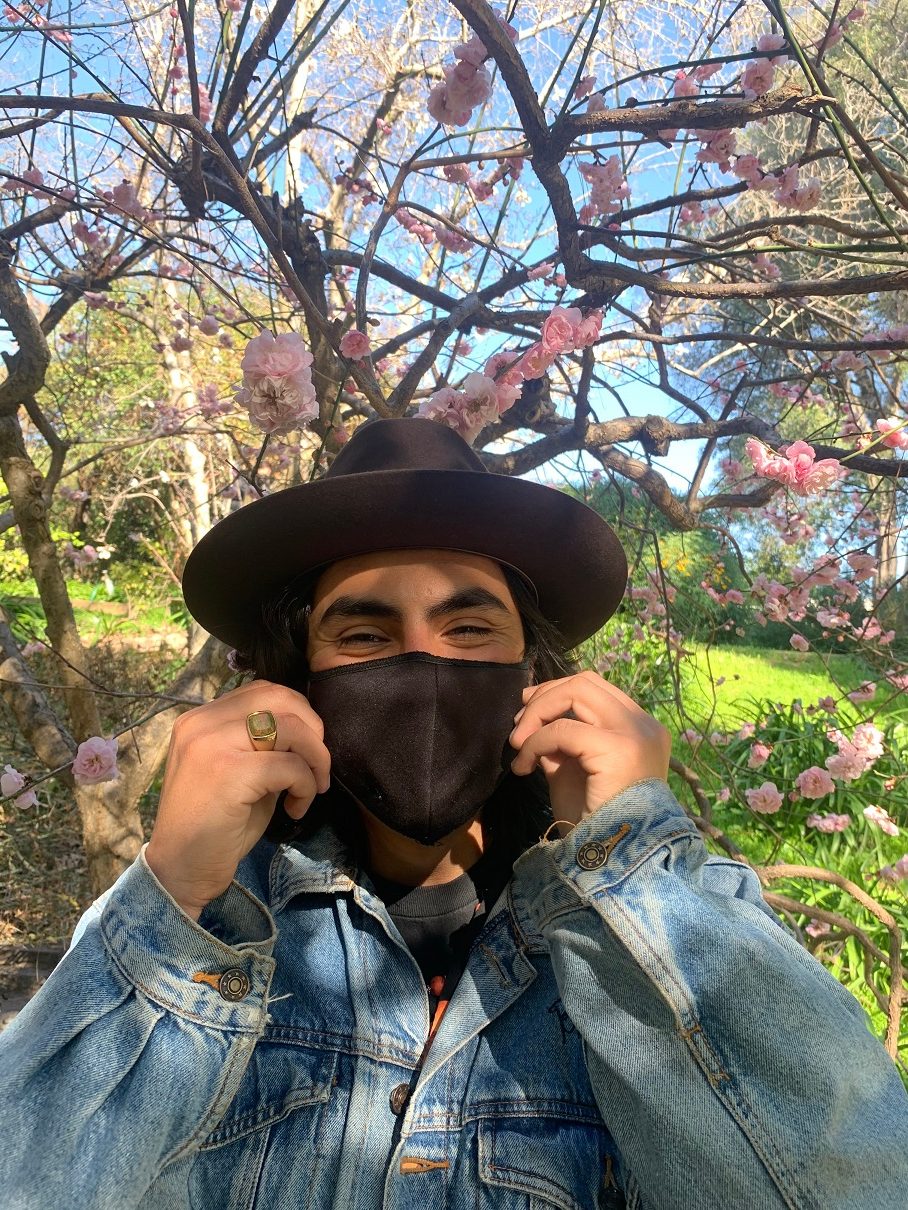 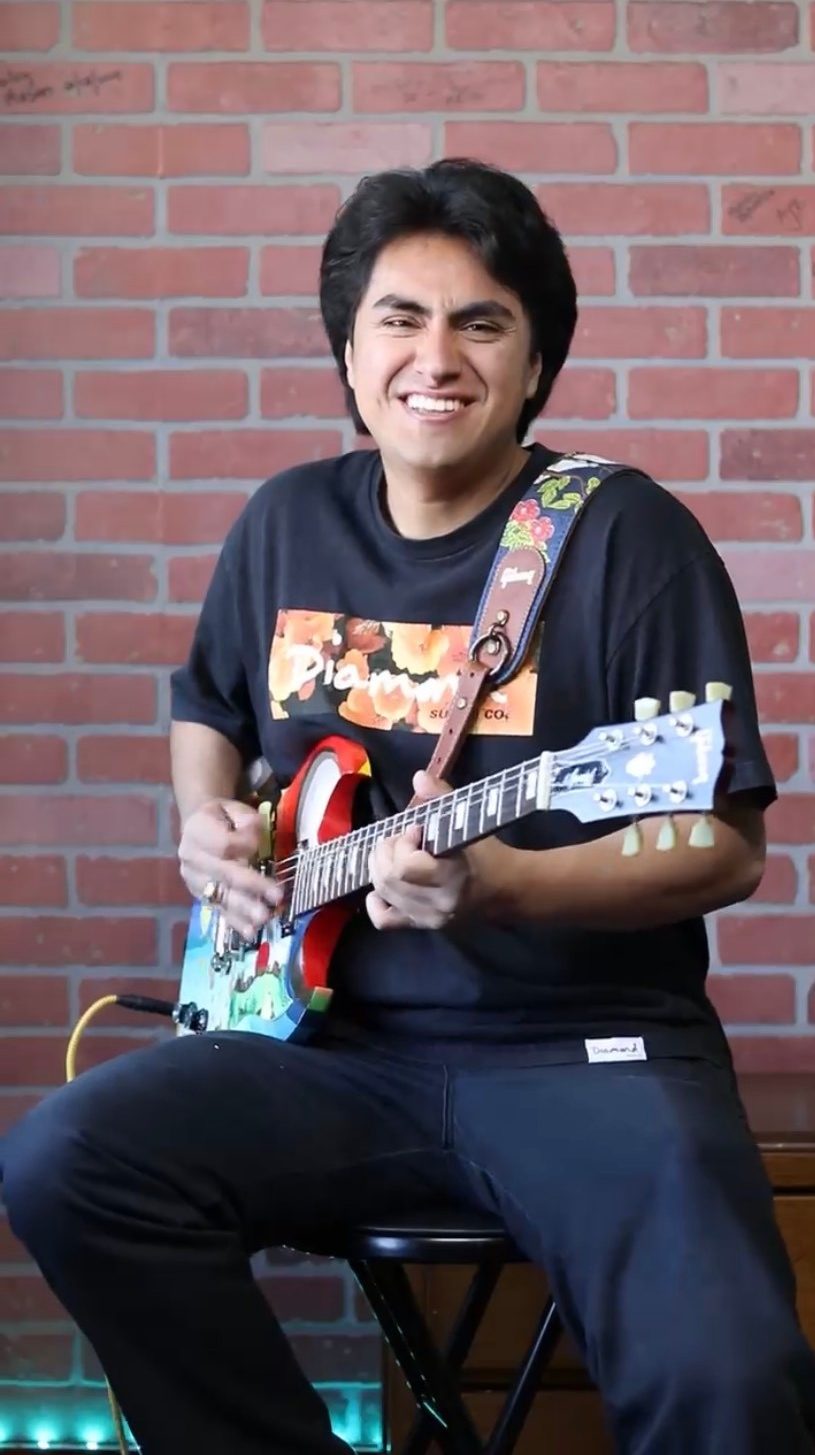