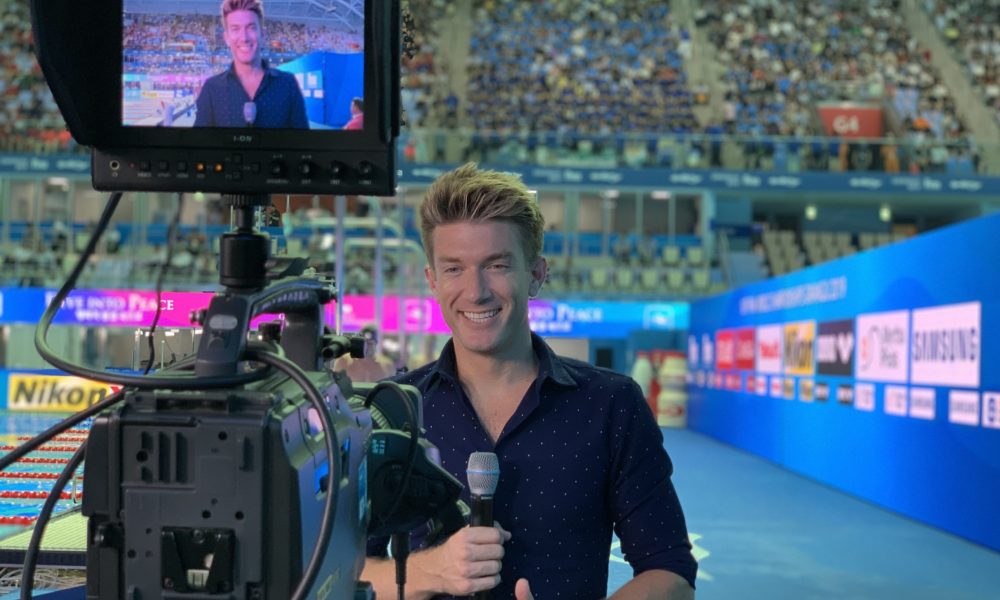 Today we’d like to introduce you to John Mason.

John, can you briefly walk us through your story – how you started and how you got to where you are today.
My journey to where I am today in the world of TV and sports media was a great lesson in saying yes to opportunity when it comes your way. I have a background in sport but had never really considered a career in that field. I was living in London and had been working as a commercial model and had some small success in tv. Then in 2016 the European Aquatics Championships came to the London Aquatic Centre. The day before the event was to take place, the host they had booked had a family emergency and could no longer be involved. I had previously worked with one of the producers and he called me in to take the job.

From that moment on, the path my career was on took a pretty drastic turn. One job led to another and I slowly but surely built a name for myself in the world of Olympic sports. I have now been the face of the FINA Swimming World Cup Series for the last four years. In addition, I have covered some of the biggest events in the world for Eurosport, BBC Sport, Channel 5 and FINA TV including, the European Championships, World Championships, Commonwealth Games, and Diving World Series.

I’ve been very lucky to have had these opportunities and wouldn’t change it for anything,

Overall, has it been relatively smooth? If not, what were some of the struggles along the way?
I think in any career, there are bumps along the way. They can be especially bumpy in the world of TV and entertainment. My career has been no exception.

One of the biggest knocks was when I missed out on going to the Rio Olympic Games. I was new on the scene and all bright eyed and bushy tailed. As I had been moving up the ranks pretty quickly and thought it was definitely going to happen. I had been put on hold for the job and wanted it so badly. Then my agent called to tell me it wasn’t. It was awful. All my colleagues and peers go to the greatest sporting event in the world and I had to watch them from my living room.

But looking back on it. It was the best thing that could have happened. I hadn’t earn’t my stripes and assumed it would just happen without having to put in my time. That was a huge turning point in my career. I decided then and there that I would make it to Tokyo 2020 no matter what. I focused my energy into the world of aquatic sports, have developed relationships with the federations, networks, athletes, event producers. My knowledge of the sports grew, my craft evolved and in turn I became much more passionate about the sports themselves and really fell in love with it.

Cut to: Its 2020, I was going to Tokyo and then Covid-19 hit. Another big hurdle for not just me but also the entire world. My dream and aspiration had once again been put on hold. But this time, there is nothing I can do about it. It’s been tough to get my head around.

We’d love to hear more about your work and what you are currently focused on. What else should we know?
I work as a TV Host/Correspondent and Sportscaster. Aside from my work as a correspondent, I create fun and engaging content that brings people closer to the athletes. Getting to know them outside of their sport. Quite often, I put the sport aside and just want to know the athlete for who they are and what makes them, as a person tick. There are always a lot of laughs.

Any shoutouts? Who else deserves credit in this story – who has played a meaningful role?
I’ve had a lot of support from certain networks and production companies over the years that have made this journey possible. GBE, Channel 5, British Swimming, FINA. Of course my agent. Who works tirelessly to get the best for me. For that, I am forever grateful.

My husband has always been my number one supporter and fan. He is behind everything I do and is always there as a sounding board for me when things get a bit tough.

Then there is my “Work Husband”. Sports Producer John Bailey. We have been working together for about five years. He has guided me, made me look good, given advice, helped me develop my career through work opportunities and has traveled the world with me. I always know he is going to tell me the truth, whether it’s what I want to hear or not. It’s so important to have that in this business. You can find yourself surrounded by ‘Yes’ people. John Bailey is most certainly not that. If what I am doing isn’t working, he will most definitely let me know and I love it. 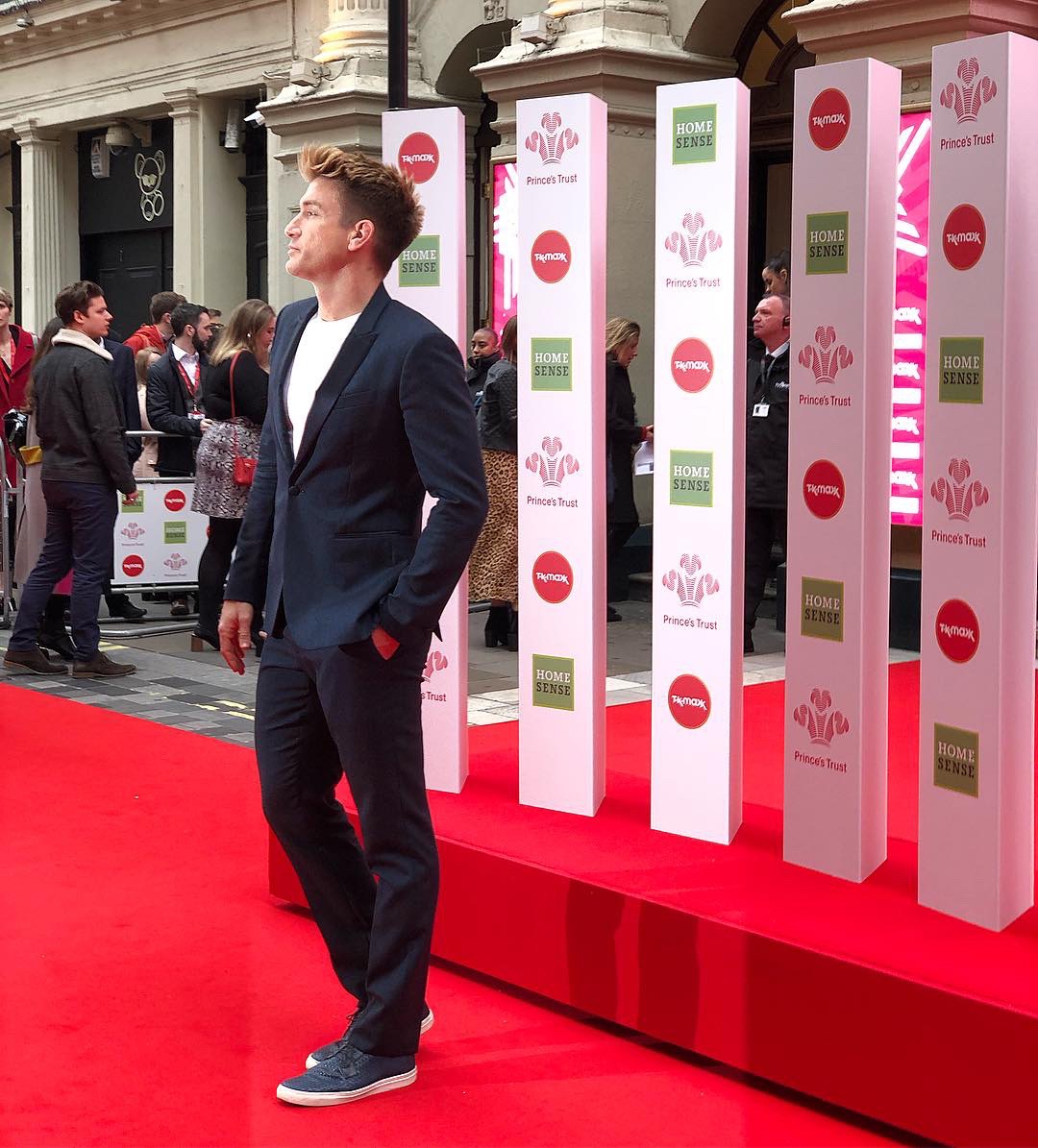 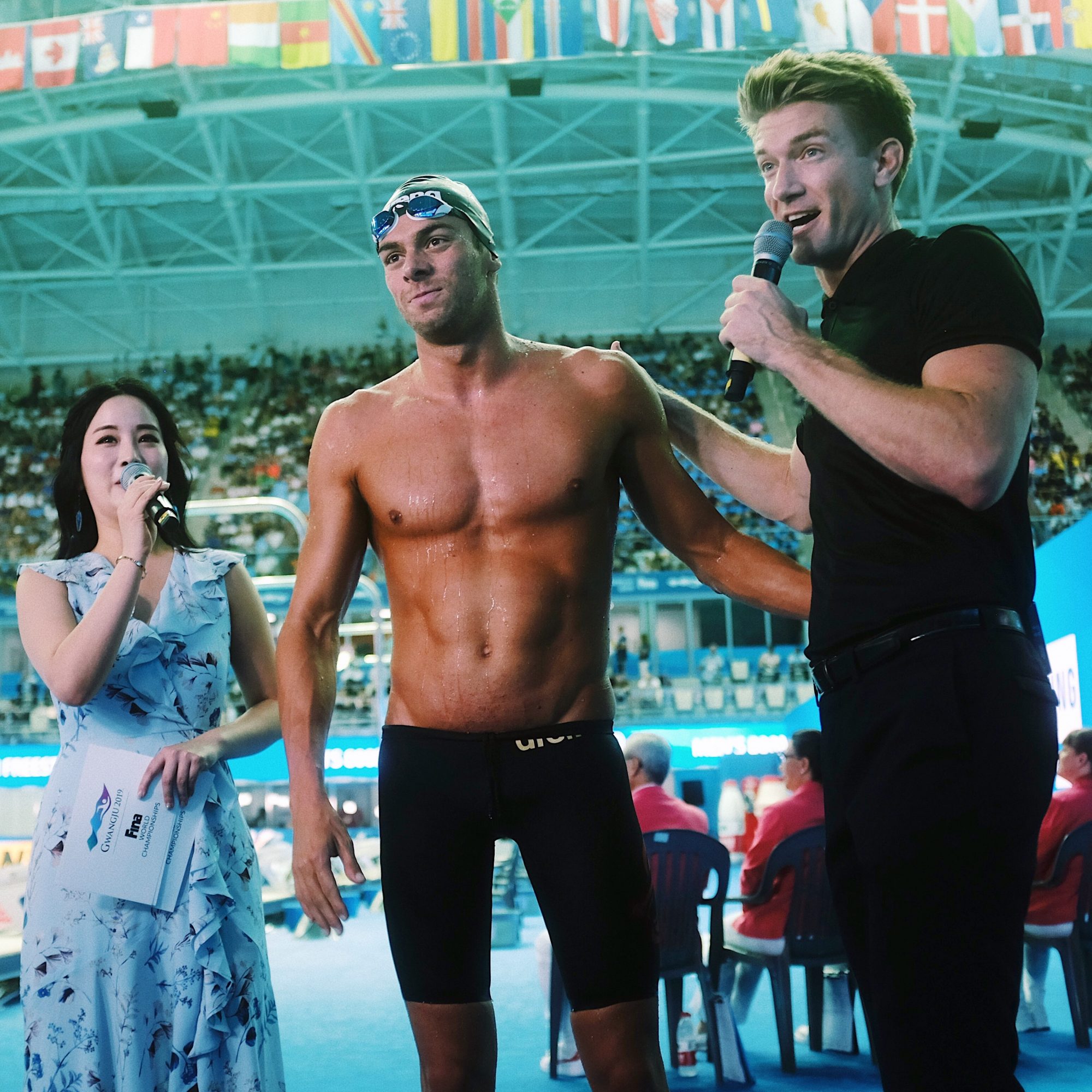 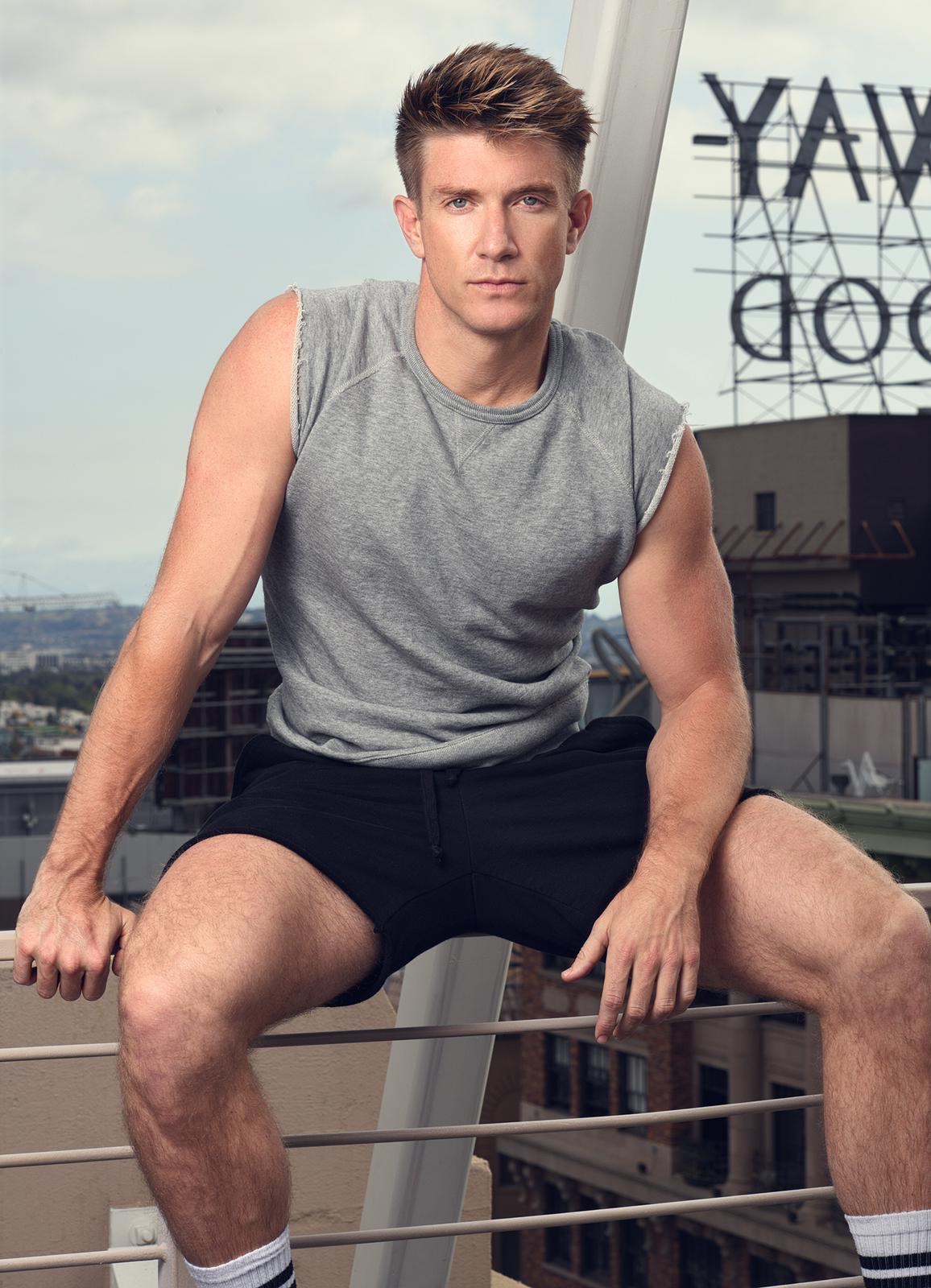 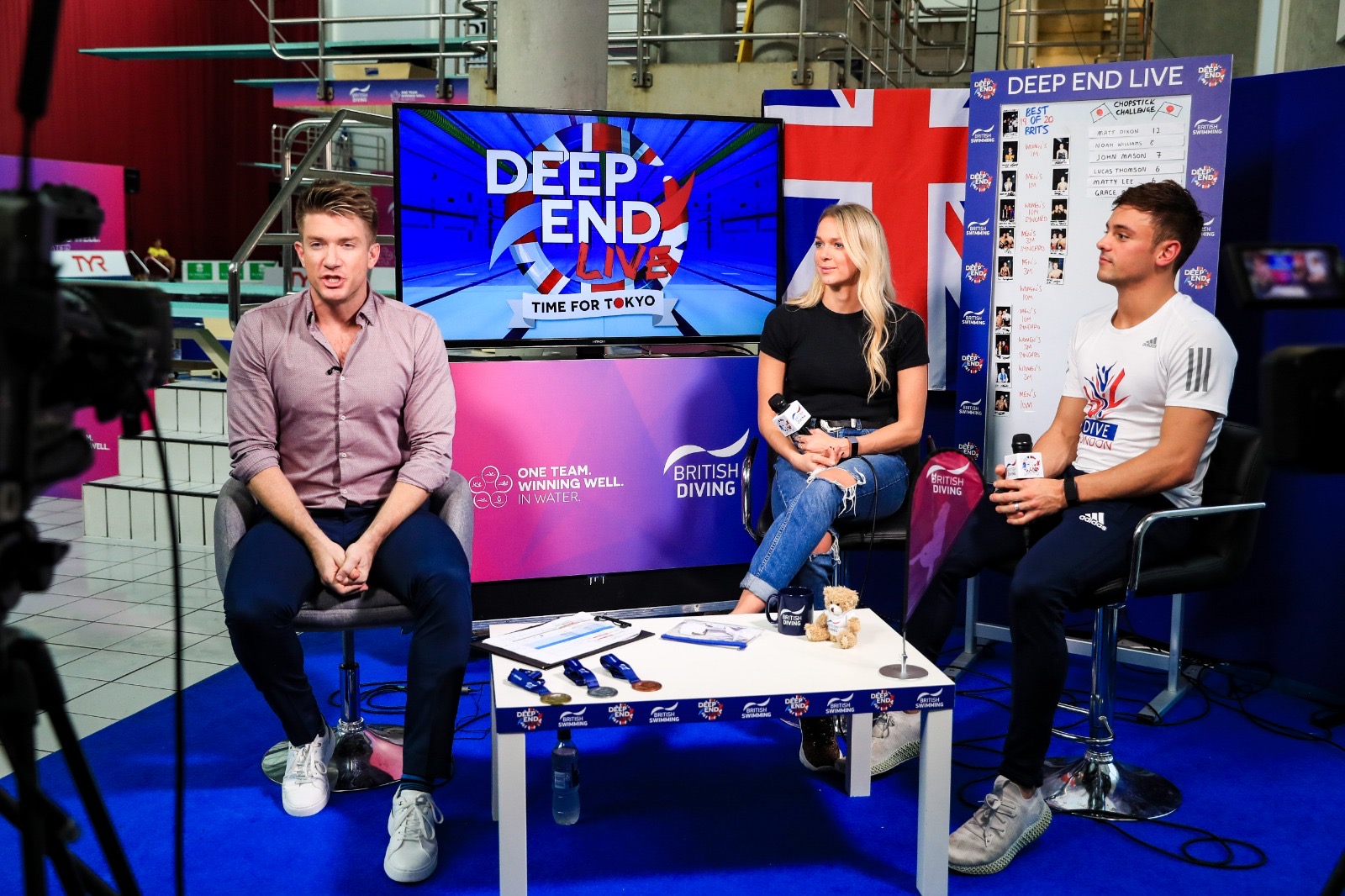 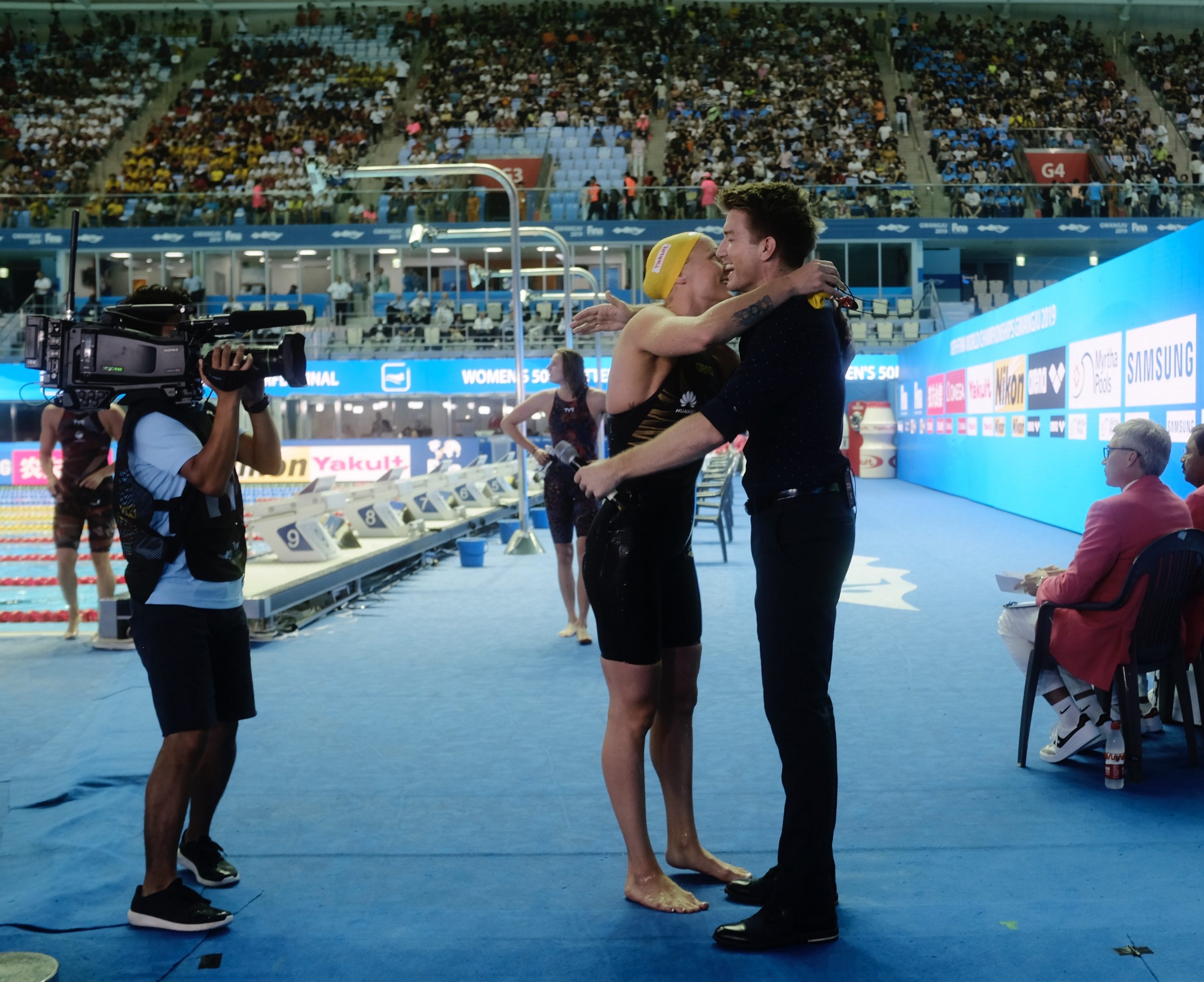 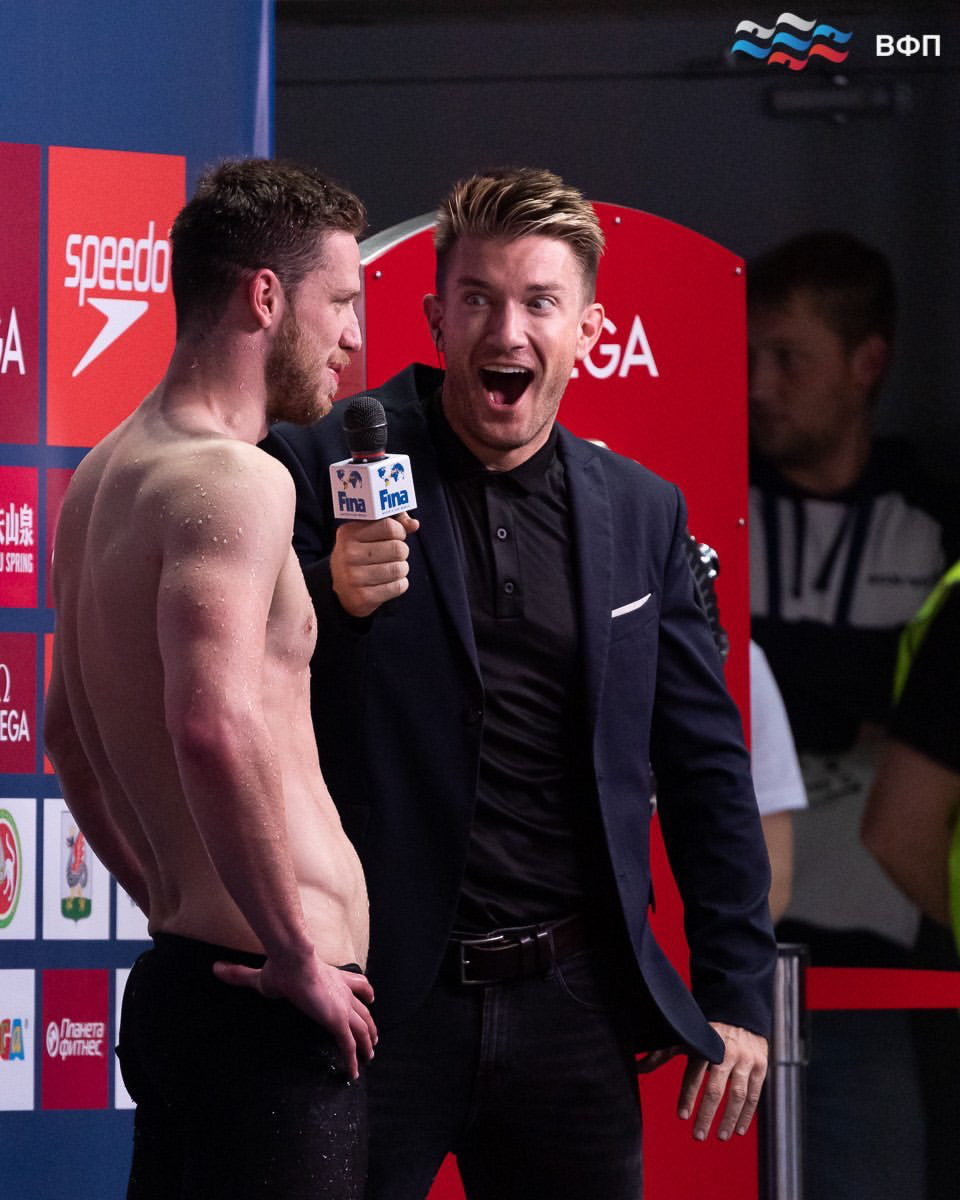 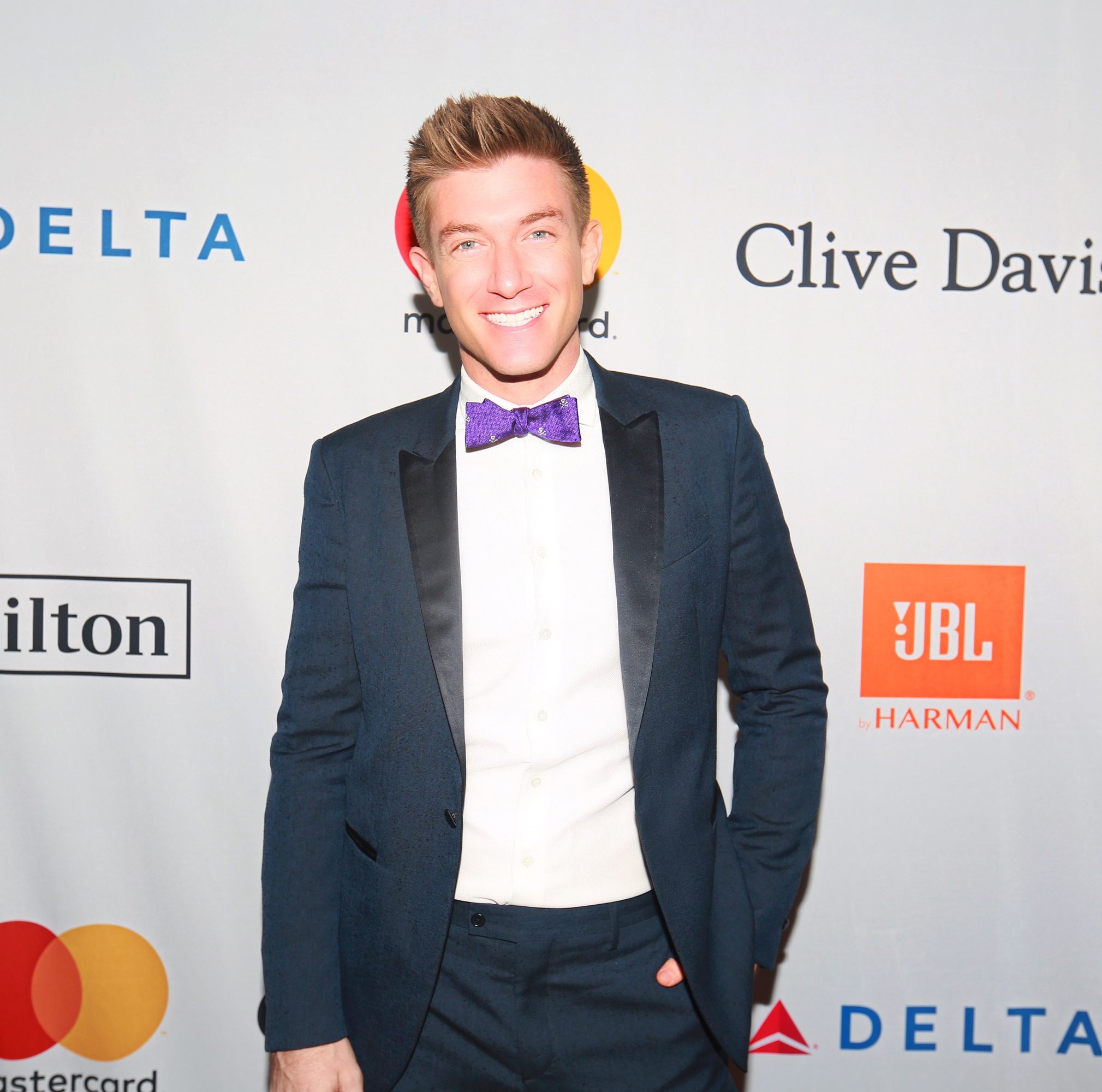 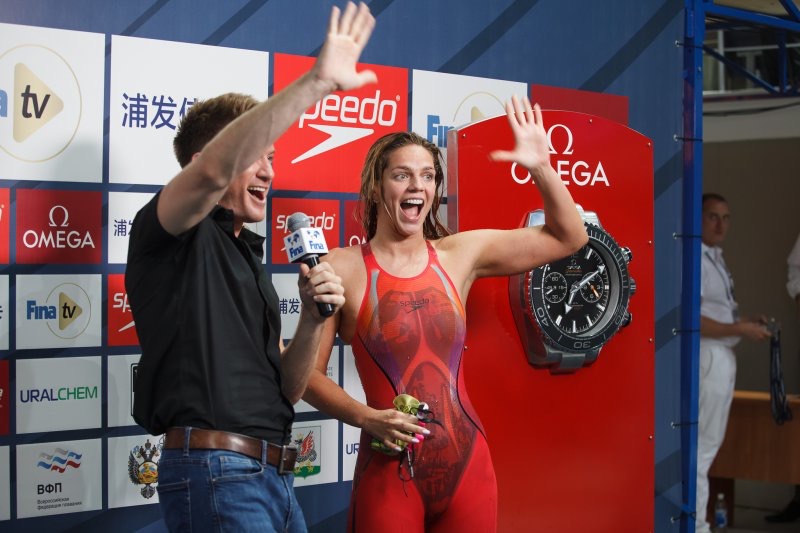