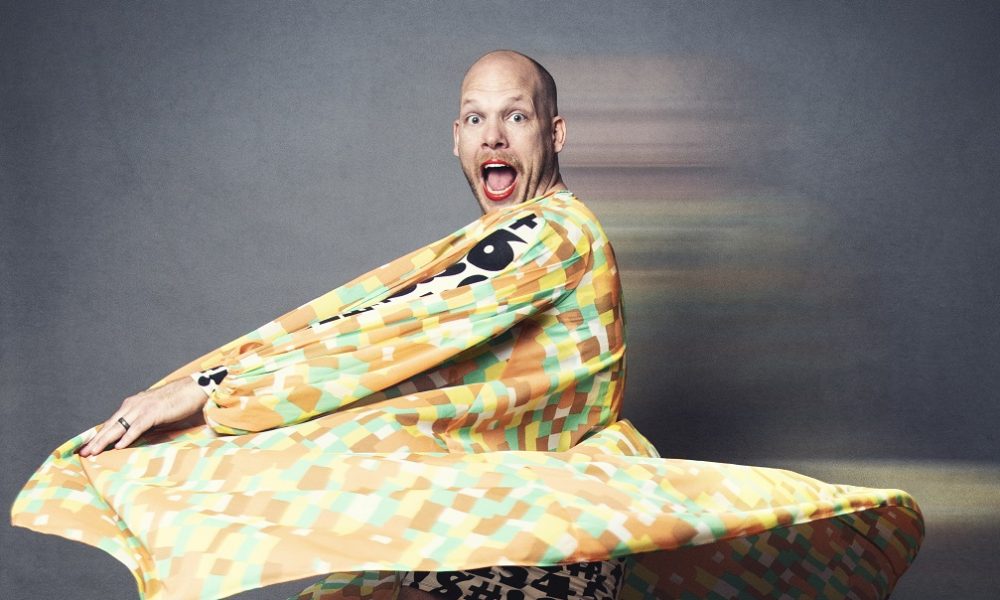 Today we’d like to introduce you to John Loos.

John, let’s start with your story. We’d love to hear how you got started and how the journey has been so far.
I started improvising in college at the University of Illinois and fell in love with it and decided one day I was going to be on Saturday Night Live like my hero Cheri Oteri. Upon graduating, I immediately moved to LA (well, Rancho Cucamonga) and commuted endless hours to take improv classes in Hollywood. From there I moved to Chicago to take classes at Second City and the iO, met my husband through a queer sketch comedy group called GayCo Productions, put on a bunch of queer-themed shows at an amazing theater called The Annoyance, created and starred in four web series and waited oh so patiently (impatiently?) for an SNL audition that never came. After 12 years in the Chicago comedy rat race, I began to realize my particular flavor of hulking, gender-blending queerness wasn’t what the gatekeepers were looking for, and also that I had probably vastly overestimated my talents. So, life came full circle and my husband and I moved back to LA (actual LA this time!) in the summer of 2017 to focus on TV writing and our corporate learning and development work.

This year, my husband and I have started a business called The Pinquelton Group, which focuses on storytelling and innovation in the corporate space, while also supporting our creative projects, including our two-person sketch comedy show Pinque Pony and a big gay pilot we are currently shopping around. While our two-person business is just getting off the ground, this year alone our outside corporate work has taken us to India, Portugal, Dublin, London and soon Switzerland and Amsterdam.

So while I may not have made it to SNL or become the next Cheri Oteri, you could say I am the Cheri Oteri of conference rooms and corporate ballrooms around the world!

Overall, has it been relatively smooth? If not, what were some of the struggles along the way?
It’s been tough and still is tough.

While there seems to be a lot more spaces and opportunities for queer comedians these days, it’s still very much a straight white bro’s world. When I started in 2005 and probably only until 4-5 years ago, the most successful gay comedians around me were the ones who could most effortlessly blend into the straight comedy aesthetic. That is the ones who generally didn’t make a big deal about their queerness, who had a very white straight bro perspective or something reasonably adjacent to that. The ones who wouldn’t make the conservative tourists from Iowa uncomfortable.

That has begun to change, both in LA and Chicago, and now it feels like there is such a rich diversity of queer comedy out there. Which is so incredible and so, so needed.

But for me, as per usual, my timing was just a bit off. I was in Chicago from 2005-2017, so the vast majority of that time my queerness was a huge liability to achieving my dreams, in ways I am continuing to discover.

I’m a 6-foot-3 former defensive end who mostly plays older women on the verge of a nervous breakdown. I don’t think the Chicago comedy gatekeepers or straight audiences were ever able to reconcile seeing a large, hulking man playing so effeminate, but also playing women in a realistic, human way. Oh sure, seeing Chris Farley and Adam Sandler dressed up as mall girls eating french fries is hilarious because they’re mocking what girls sound like. Femininity is the punchline, it’s safe to laugh at. But seeing a guy about the same the size of The Rock dressed as a 65-year-old introverted woman obsessed with making Christmas dolls, delivering a monologue about how her husband Verne refuses to touch her and it makes her feel broken and small so she retreats into the fantasy of Christmas, that’s a much more confusing to the straight bro audience. That was a character I portrayed in an all-woman play I wrote called A Woman’s Path, which despite its success opened no doors for me.

Another example: One of my web series, Sheryl Still Single, was about a 52-year-old single woman dating for the first time in her life. I played Sheryl, a mix of bold and bullied. The series got rejected from 12 of 13 festivals I submitted it for, which was emotionally very difficult to absorb as I felt it was the purest distillation of myself and my comedy perspective to date.

But it’s not all been bad news! In 2017, two years later, I created a queer sketch comedy series called John Loos: Too Big For This World that was accepted into the New York Television Festival and nominated for 4 Indie Series Awards. I think just in that two year span, straight audiences became more open to a queer perspective. But also, the series contained six scenes, only two of which I played women. It also had a scene that featured me playing a straight douche character, so by design it had more accessible entry points for the straight bro audience. So perhaps that’s why part of the reason it had more success.

Pinquelton Group Inc. – what should we know? What do you guys do best? What sets you apart from the competition?
The Pinquelton Group is the lovechild/brainchild of me and my husband. We are both corporate trainers by day, meaning we deliver custom workshops for all types of companies in every industry you could think of. We work through several companies for the bulk of this work, but this year we are carving our own niche by launching PG.

Our focus is storytelling and innovation and helping companies and employees harness their innate (and sometimes inert) creativity so they can be more innovative, productive and inspiring.

We’ve found in our 25+ combined years of learning and development experience that for some reason people decide very early in their lives whether or not they are “creative.” Engineers, for example, may balk at having to do anything “artistic” or any group exercises that use the right side of their brain. Our goal as a company is to redefine what the word “creative” means to people. We see it, simply, as the opposite of destruction. If you’re supporting ideas, if you’re adding ideas to a brainstorm or adding onto existing ideas instead of tearing them down, you’re being creative. Sometimes, just saying the words “tell me more” is an act of creation, because you’re giving space to the other person to explain and expand.

What is “success” or “successful” for you?
For way too long, it was Saturday Night Live or bust. Anything else was either too small to get excited about or abject failure.

Nowadays, success for me is getting through the day not feeling terrible about myself and my choices. Sitting down and writing for 20 minutes when I feel like crap, or feel tired, that’s a success. Finishing a project, even if it’s a 4-page sketch, feels great.

By letting go of the Big Huge Ultimate End-All Be-All Goals I held onto for all of my 20s and a good chunk of my 30s, I’ve reduced my anxiety about success a great deal. The downside is without a specific goal, it’s sometimes very hard to get motivated, so that is a daily struggle.

I think at this point, success is simply creation. If I create something, even if it’s flawed, even if I get harsh notes on it, at least I created it. I added something to the world instead of took something away. 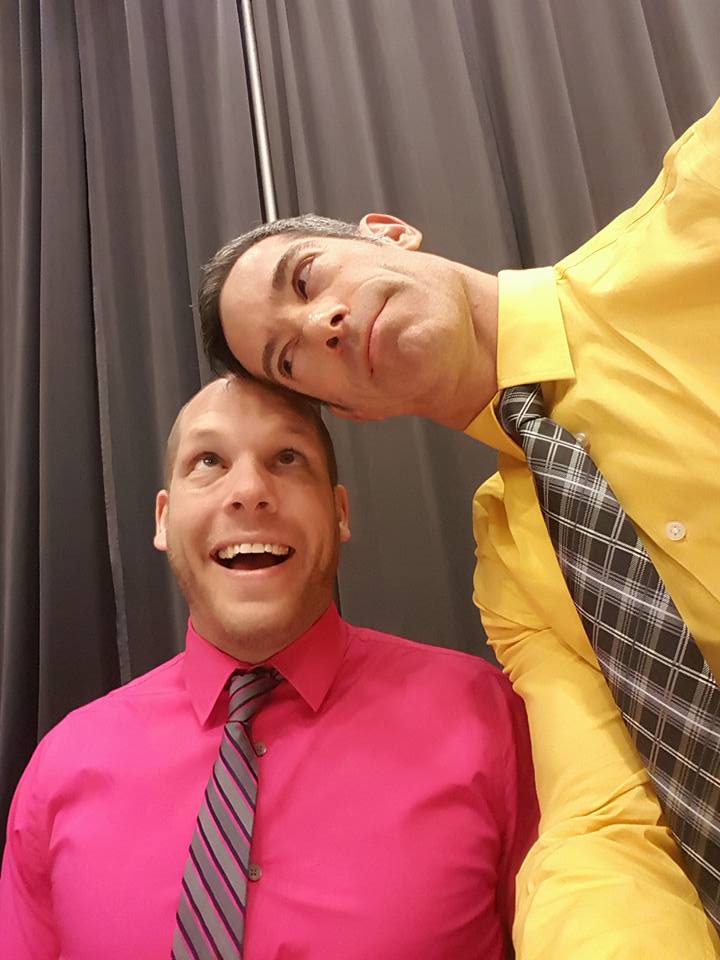 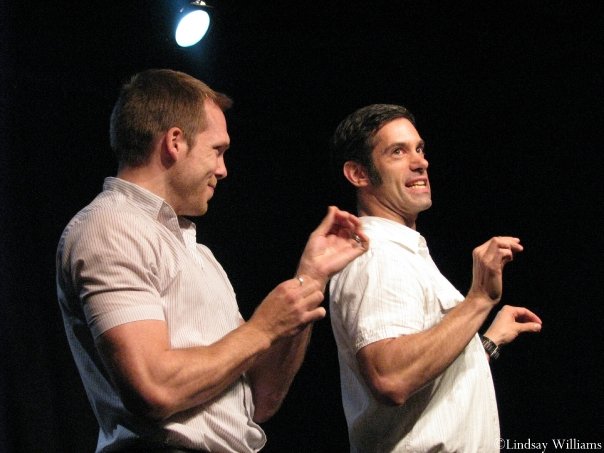 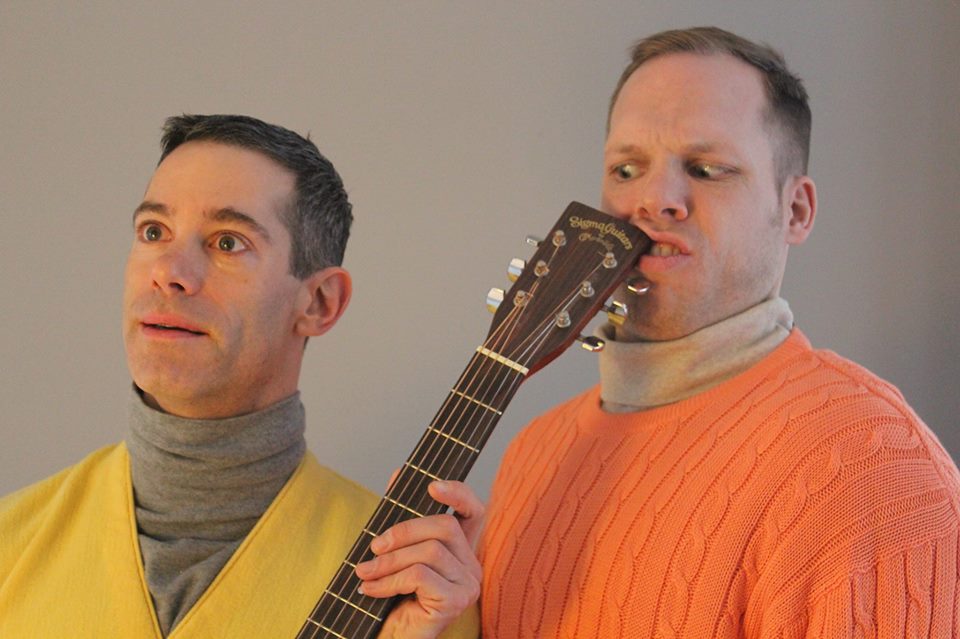