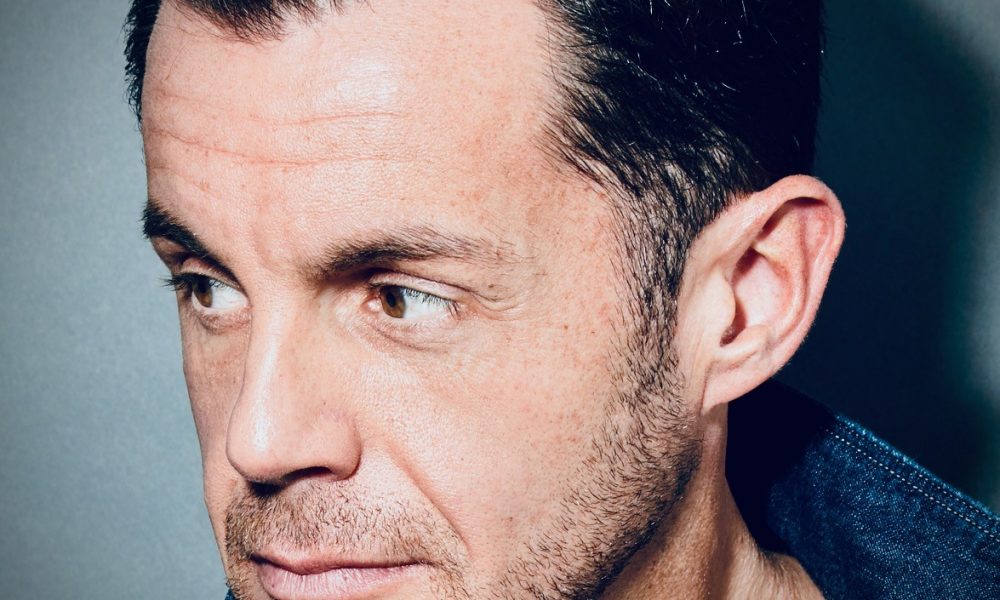 Today we’d like to introduce you to John Griffin

Hi John, thanks for sharing your story with us. To start, maybe you can tell our readers some of your backstory.
If you had told me as a little gay dude that used to run around my house singing commercial jingles, that I would not only get to work in Hollywood, but would one day set up a show I created at Lionsgate Television, or get to act and sing in a film directed by Clint Eastwood, I would have told you that you were crazy. This was not the plan… That little boy wanted to study hard, become a lawyer, run for Congress, and eventually be elected President of the United States by the age of 50. Now, back in the real world, at the age of 22, things looked like they were headed in that direction. I had just graduated from Stanford and was 5 weeks from starting Columbia Law School when… I decided to move to Hollywood to pursue acting instead. I was fortunate to start booking commercials right away, and I’ve been working ever since. I’m a disciplined guy, yeah, but still, I know how lucky I am to be able to say that I’ve been able to make a living doing what I love to do. Along the road, I was encouraged to start writing, and that has opened other doors of opportunity. A feature I was recently hired to write now has Donald Sutherland and Christopher Walken attached to star. “Ordinary People” is one of my favorite films, so to have one of its stars, Donald Sutherland, involved in a project I helped shape is like a dream come true. Producing reality television, while not my main focus, has been a part of my journey as well; I’ve been supervising producer on over 30 episodes of primetime programming. “Audition coach” is also on my resume – it’s an incredible feeling to help another actor book work. All of us artists are in this together – we’re a community, and it takes teamwork to make the dream work. Up next is raising funds to produce a spec feature I wrote that trended as the #1 comedy and #5 script overall on The Blacklist website. It’s a grounded, gay romantic comedy called “go-LOVE-go” that was a Top 20 Semi-Finalist at the Outfest Screenwriting Competition. Many of my own experiences influenced the script, so it’s very personal to me, which makes it all the more satisfying that people are responding so positively to it. The goal is to make it for $250,000 and then sell it to a streaming outlet. So, I wear a lot of different hats, but I like to be busy, and I love collaborating with amazing artists from every corner of this amazing city.

Would you say it’s been a smooth road, and if not what are some of the biggest challenges you’ve faced along the way?
Well, no – not so smooth. I don’t talk much about this, but maybe people can learn from it. Just as my career was progressing to the next level, I was diagnosed with bladder cancer, which was extremely rare for a guy my age, and I’ve had 7 surgeries in the 14 years since. Luckily for me, it was labeled a very low grade cancer, I’ve been in remission for a while now, and I’m a positive thinker, so I’m hopeful that it won’t come back. But I truly believe every setback holds within it a lesson. It’s given me an amazing perspective on life… and on this industry. For example, an audition is just an audition. A pitch meeting is just a pitch meeting. Of course I care and always do my best, but nerves just don’t come into play anymore. If someone in this town tries to intimidate me or wield their power in a meeting, I just kind of smile inside. It doesn’t affect me. Since my diagnosis, everything has become very peer to peer in my world – and really, that’s how it should be. So, when a prospective agent labeled me as “damaged goods,” I actually felt bad for her that that was how her mind worked, and I just kept it moving. Another time – and this is truly fantastic – a network development exec loved a pilot I wrote, but didn’t know how to “sell me” as a writer. My manager at the time told him I had gone through a lot, being a young cancer survivor. The exec’s response? “Cancer is so 80s.” I mean, what can you do with that except laugh your ass off? I actually can’t wait to put that in a script! Cancer also helped me to come out. As I was lying in the hospital, I was thinking, “Okay, you gotta start living your life, Johngie.” But coming out was still extremely difficult for me; I loved working, and I was afraid if people knew I was gay, it would affect my career. So, coming out happened pretty late, but it was the best decision I ever made. I’m blessed, because my family and friends didn’t care in the least, and I’m so much happier – and healthier.

Thanks for sharing that. So, maybe next you can tell us a bit more about your work?
I’m happily a John of all trades – actor, writer, singer, producer, coach – or, as I like to simply call myself, an artist. And as an artist, the thing I’m most proud of is originating the role of “Jason” in the world premiere of “BARE: A Pop Opera.” What started on a tiny stage on Santa Monica Boulevard has turned into a cult phenomenon that has been produced hundreds of times across the globe, and has affected hundreds of thousands of lives, young and old. The character I played was one half of a gay teenage couple at a Catholic boarding school, and well, things do not end well for “Jason.” Every night, so many parents came up to me after the show in tears, telling me how their eyes had been opened, and that they were going to try to repair their relationships with their gay children. And countless people told me and my castmates that the show gave them the courage to come out. What we did was really important, and that amazing OG company of artists has birthed a Tony Award nominee, an Academy Award winner, multiple Broadway performers, studio executives, incredibly loving parents, fantastic songwriters, music composers – you name it. It was impossible to be a part of “BARE” and not want to go out and make a difference in the world. We just celebrated our 20th Anniversary, and your readers can find a 90 minute retrospective documentary now streaming on the Broadway World website. No matter how many shows I sell, or how many movies I’m in, BARE will always be the most important thing I’ve ever been involved with.

Is there a quality that you most attribute to your success?
My ability to bounce back, combined with my drive. No person, no sickness, nor no town has figured out how to land that knock out punch on me. And they’re never gonna… he says with a smile. Sounds cliche, but I just keep getting up, and honestly, I think I’m stronger each time. I’m healthier than ever – I’ve been vegan for the last year and I love it and feel great. Gratitude also helps. I know that sounds very “California” of me, but it’s 100% true. I may not have the house yet, or the pool, or the hit show, or the boyfriend, but I’m so grateful for what I do have, and what’s yet to come. 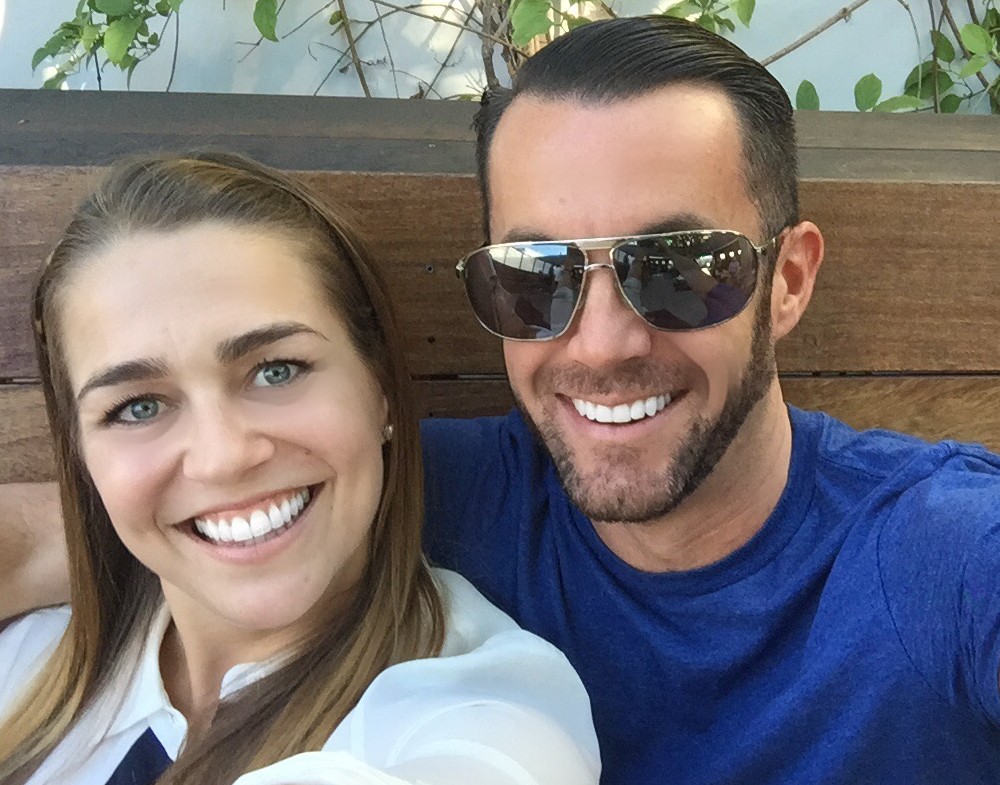 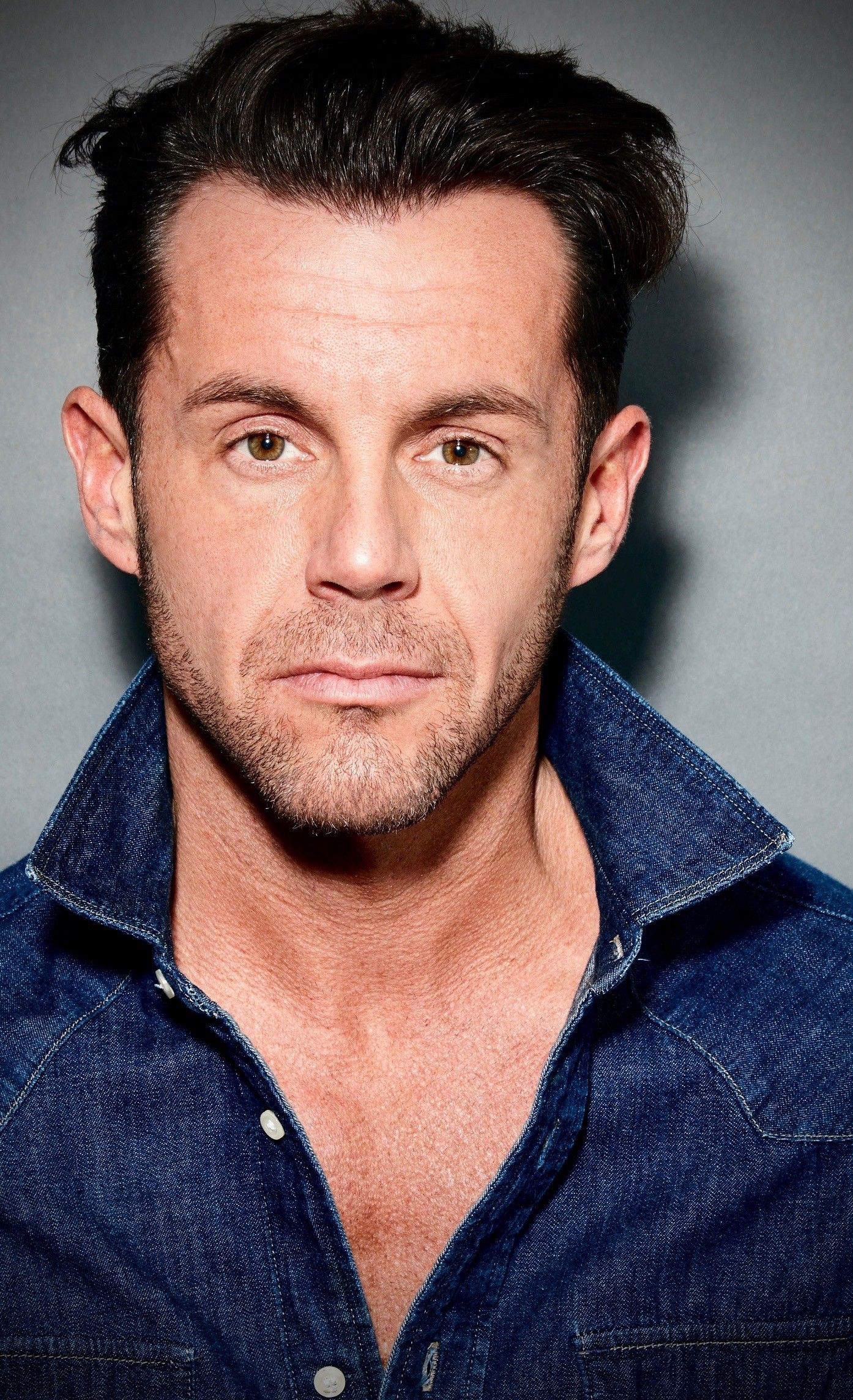 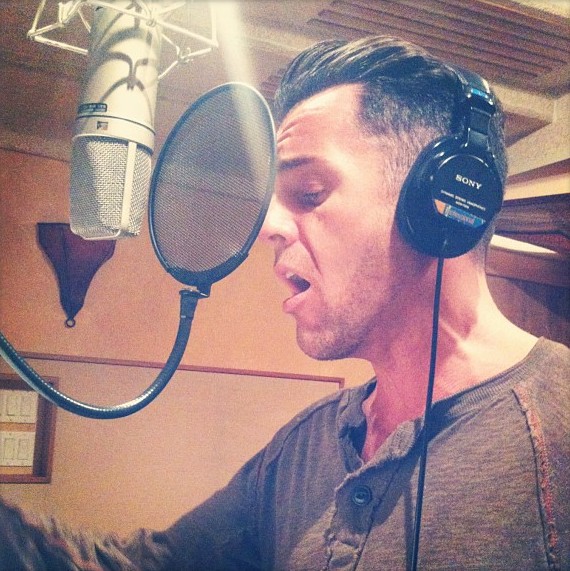 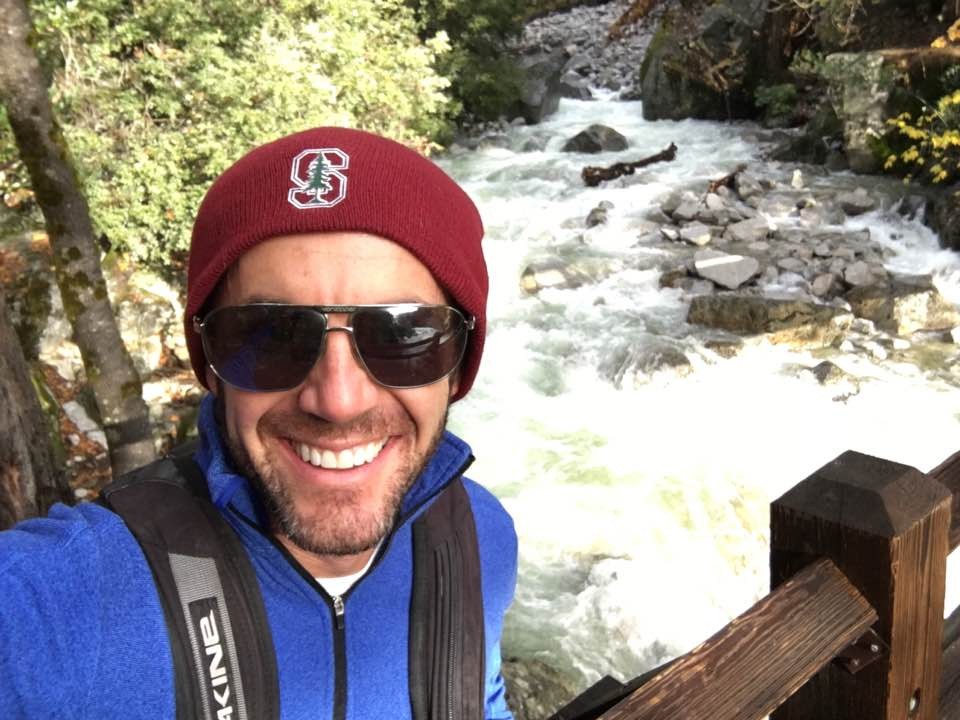 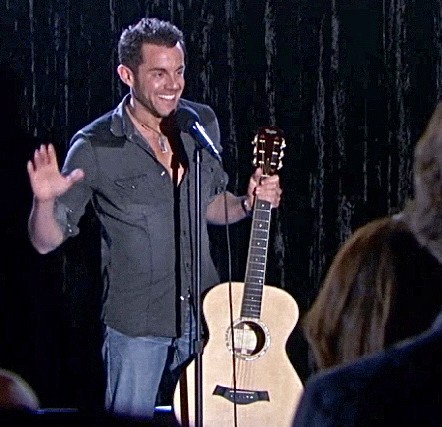 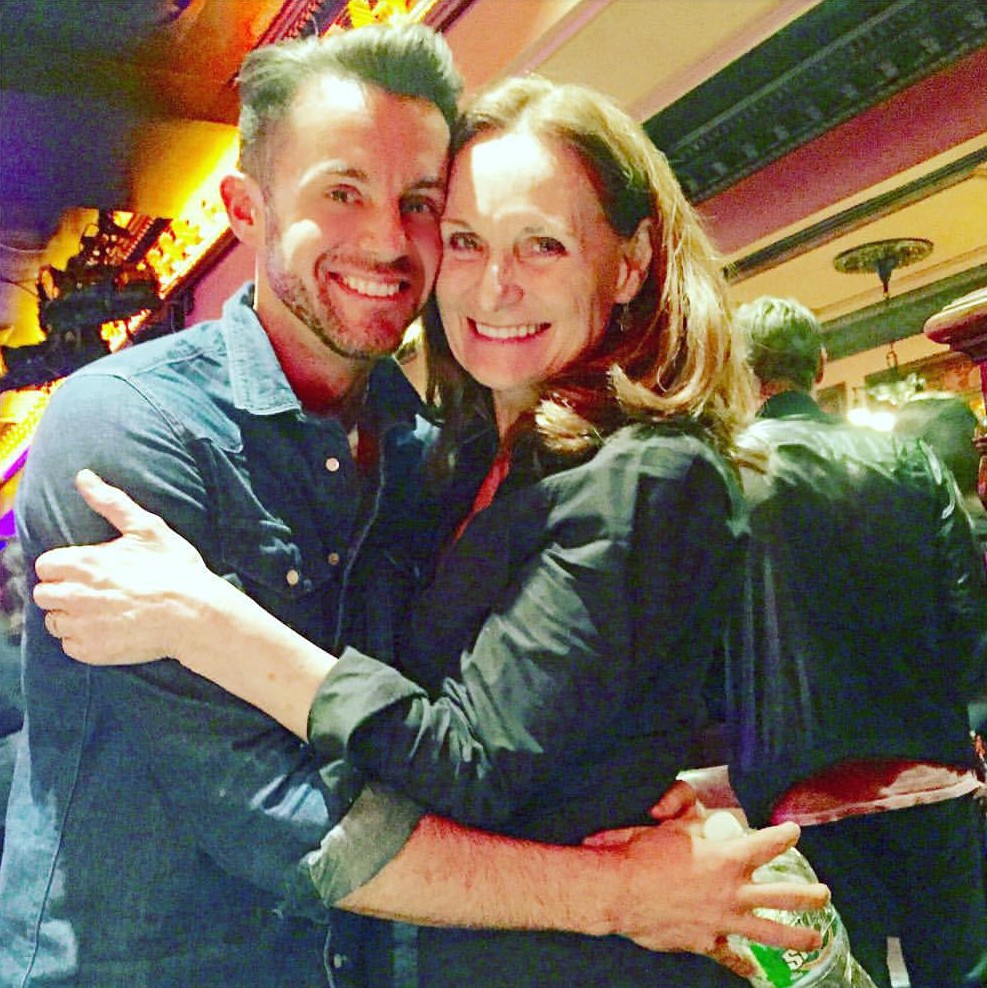