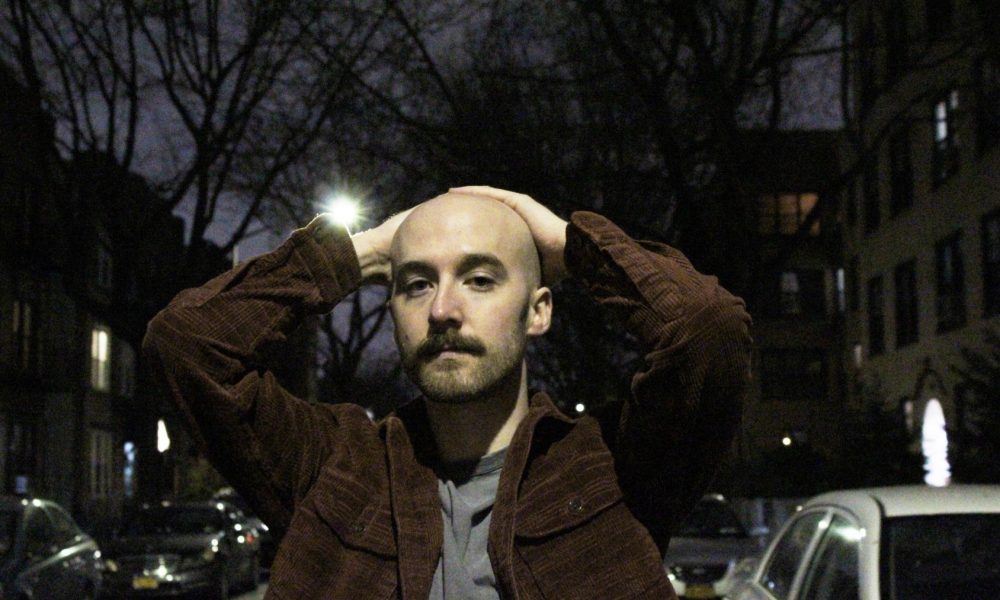 Today we’d like to introduce you to John Gardner.

So, before we jump into specific questions, why don’t you give us some details about you and your story.
I began the Common Jack project while I was on a 2.5-year world tour with the actor-musician Broadway show, ‘Once’. I had always dreamt of pursuing music and songwriting full-time but the realities of my circumstances made it seem impossible. ‘Once’ is based on an indie film that stars Glen Hansard & Marketa Irglova. They’re two of my idols so getting the chance to see the world while playing their music was a dream come true.

We were playing the Pantages Theatre in LA one summer and Glen was actually in town to play the Hollywood Bowl. On the day of his show, he stopped by the Pantages to hang with us. I met him in the lobby and it was immediately an experience I’ll never forget. Glen is not one for small talk and our conversation dove deep right off the bat. He ended up asking me if I wrote my own music. I said yes, to which he asked if I had any plans to record any of it. I expressed feelings of doubt that it was good enough and he quickly responded with something that will stick with me until the day I die.

“It’s always frightening to lift our own voice. But it’s always worth the effort.”

Hearing that coming from one of my heroes had a huge impact on me and not long after that, I left tour and began recording.

We’re always bombarded by how great it is to pursue your passion, etc – but we’ve spoken with enough people to know that it’s not always easy. Overall, would you say things have been easy for you?
No way. There have been a lot of ups and downs. In my experience, the songwriting, recording, and release cycle processes are a mirror that shows you your strengths, flaws, and insecurities in excruciating detail. I am a big believer in constantly re-assessing whether you’re in it for the right reasons, meaning, ‘am I trying to add to our collective culture/existence’ or ‘do I just want to be famous’…

I think if the answer is that you’re trying to add to our collective understanding of humanity by telling your story, then you will naturally draw “your” people to you. For me, that really began to happen late in 2018. To put it bluntly, I was ready to give up on music at that time. I felt like I kept knocking on doors that never opened and I was putting my own sense of self and success in the hands of industry tastemakers.

So, I gave up. I decided the EP I was working on would be my last work as Common Jack. That shift in my own mind had a huge effect on the way I approached recording those songs. Suddenly, I was making music just for myself again. I was only trying to impress myself. & looking back on it, my music became unequivocally better almost immediately.

One of those songs – Viñales – found its way into the hands of a distribution company/record label called Black 17 Media. They reached out and said they wanted to work with me. That was a huge lesson for me. Do you. Listen to your gut first. Impress yourself. The rest of the pieces will fall into place if you do that.

Can you give our readers some background on your music?
I’m a singer-songwriter originally from Virginia. I started this folk-pop project called Common Jack while on that world tour with the actor-musician Broadway show, Once.

If I had to say Common Jack specializes in something, it would be a sort of “optimistic melancholy”, if that’s even a thing. Sad songs have always made me feel seen, so I try to bring that sentiment into my writing. Ironically, my musical instincts always sound a little happy. So I’m always experimenting with that happy/sad juxtaposition and where the two archetypes meet. Lyrically, I love exploring the grey areas of life where there are no purely good people or bad people, just imperfect people doing their best with the cards they’ve been dealt.

What were you like growing up?
Summer vacation from school — I grew up in a rural area of Virginia where my parents felt comfortable saying “it’s 10 am. Go do whatever you want but just be home by dinner time.” So even at an insanely young age – 8, 9, 10 years old – I had this freedom to wander around my neighborhood, through the surrounding forest, to the neighboring part of town where the pool was, etc. It sounds crazy by our standards today but I think my parents knew they had taught me good common sense and they trusted me. Usually, I just ended up in the woods not far off creating games with my imagination, so it’s not like they had a whole lot to worry about.