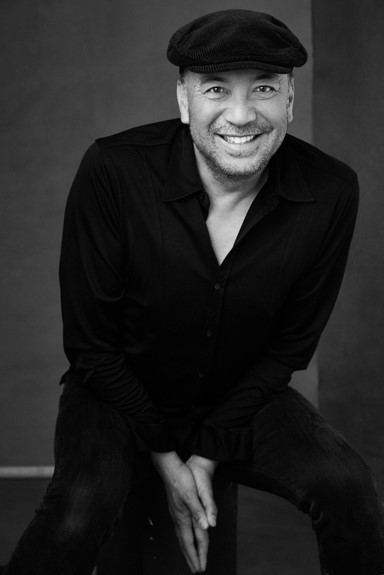 Today we’d like to introduce you to Joey Galon.

Thanks for sharing your story with us Joey. So, let’s start at the beginning and we can move on from there.
I grew up glued to the TV with my family with great expectation for the annual Miss America, Miss USA & Miss Universe televised pageant shows that aired annually. I can fondly remember our family favorites to watch on TV weekly and/or annually and that would be on Sunday nights for the Disneyland show as well as the annual pageant shows. My family members would bet with each other which contestants would place in the finals and then whom would get crowned.

Eventually, both my sisters competed in pageants. My younger sister competing in a national pageant when she was about 16 and I was 17. My entire family supported her from getting sponsors, to selling tickets, to buying and setting up her wardrobe as well as coaching. I took it upon myself, at the time, to sketch some gown ideas. This was way before I even thought of attending fashion school.

Also at the time, one of my greatest mentors was my aunt whom used to be an international singer that sang in all the Playboy clubs around the world. I had written to her letting her know my sister was preparing to compete in her very 1st pageant and I did some chicken scratch sketches of her gown. I sent a “xerox” copy of a page that had about 6 designs on one sheet. She later wrote back to me saying I should go to fashion school.

At the start of my senior year in college, studying fashion, I applied for a highly sought out intern position in the fashion P.R. and special events department at the main headquarters for I.Magnin. I.Magnin was an original national institution that was birthed in my city of San Francisco and became one of the leading department stores competing with Neiman Marcus and Saks Fifth Avenue.

I was fortunate to get hired for the internship where my job was to learn events in fashion. I was writing up press releases on products and fashion collections that I’d submit to other P.R. houses and Press & media houses. I also learned to set up and plan various fashion events on all floors of I.Magnin that covered anything from couture, ready-to-wear, perfumery, shoes, etc. We had multiple events on a daily basis and I was able to work on the majority of them.

My fondest show that I got to work on was a Valentines Ball event where we featured the fashions of Monsieur Hubert de Givenchy from Paris. We produce his fashion show for the elite clients of San Francisco. At the finale of his fashion show, the plan was for Monsieur Givenchy to walk down the stage after the show and get presented with his signature favorite white tulips. As he walked to the edge the of the runway to receive his floral gift and acknowledge the audience, we surprised him by changing the music overhead to “Moon River” then out of nowhere, we presented Audrey Hepburn on stage to surprise him.

It was an emotional experience for all. My job was to simply, yet profoundly, receive Miss Hepburn from the elevator and walk her to her green room then keep her company until it was her cue to walk on stage to surprise her friend Hubert.

I had a very brief direct conversation with her yet that experience will stay with me for a lifetime. Truly she touched me with her grace and aura like no other.

From then on, I eventually graduated from the University with my fashion degree and continued to work at I.Magnin until it got bought out by Macys then eventually closing it turning it into a Macy’s store. I then moved to Southern California to work at Neiman Marcus working on their events as well as in the visuals department.

I eventually began working at an events company that produced some of the larger events for Neiman’s and other corporate events. I worked on movie premiere parties for Disney, sports events for Major League Baseball as well as events for Super Bowl. From that point on, I started building a career in events design & production and never went back to the fashion industry.

I worked in the events industry for 20+ years in Las Vegas, California, Hawaii as well as overseas in both the Philippines and Korea. Back in 2008, I returned to Las Vegas after living in Los Angeles specifically to care for my aging parents. In the first couple of years, with the economic depression and my years as an events producer/designer, it was very hard for me to secure a job as now I was at a level where due to my years in the industry, I was considered “over qualified” for the jobs I was applying for.

I struggled looking for work and was so nervous that I was even considering applying as a Barista at a Starbucks until I could land an executive management job again. My best friend challenged me at the time when he knew of the struggles I was going though seeking employment. He asked me when was the last time I had designed anything thing for fashion? I told him not since college days. Then he suggested, “well why don’t you try designing something. And that’s where it all began.

I let it go and didn’t think about it. But talked about it with a few friends that I was thinking of designing again even though it had been over 20 years. A friend overheard me whom worked on the Miss USA pageant and tradeshow and told me that out of support and as a thank you for my volunteering on the pageant support for years, she gave me a 10′ x 10′ booth to showcase my work.

That offer was on a Wednesday and the tradeshow was going to open to the public that coming Saturday. In two days I designed two dresses to display and then the rest was history.

Launching my clothing line, focused on evening gowns, I bring to my designs my history working in special events in department stores when I was immersed in couture. With decades of pageantry experience that has been ingrained in my consciousness, my target niche has been competition evening gowns allowing me to design from the understanding of competition, fit, style and what works on stage.

The launching of my clothing line also opened many doors for me in the reality TV circuit. With three shows under my belt from competing as a fashion designer in Lifetime Network’s “24 Hour Catwalk” (same producers as Project Runway to wardrobe stylist for “Vegas Brides” on the TLC Network and to pageant coach and fashion designer on NUVO TV’s “Model Latina” the reality TV circuit open other doors to eventually fashion correspondent and reporter on FOX TV.

My gowns have since graced the national pageant stages like Miss USA & Miss America to international stages like Miss International in Japan as well as Miss Earth in Austria. I have had my gowns on the red carpet at the Oscars for two years and recently, thanks to my fashion publicist at NOW PR, my gown has graced the cover for Harper’s Bazaar Magazine.

I’ve showcased my work at L.A. Fashion week and looking forward to continuing to build my line. I launched my clothing line when I turned 50. I’m here to prove that it is never too late to follow your dream!

Great, so let’s dig a little deeper into the story – has it been an easy path overall and if not, what were the challenges you’ve had to overcome?
It has most certainly NOT been a smooth road. I’d say the fairly easy and natural aspect is my desire and ability to design. When I can get into the “zone” of creativity I just let the energy flow.

However, I’ve invested 20+ years in events production and design and have even owned my own events company. Its one thing to design clothes but it’s a whole other thing to actually make it a business. Right now, I do special one-on-one orders…haute couture. I have yet to learn, figure it out and obtain investors to take me to the next level. So far, to date, everything has been out of pocket.

But I have my eye on the bullseye. While the growth and development of my company has been slow, I’m growing it smart and steady and hope to finally obtain the capitol to create a much bigger expression.

Please tell us about Joey Galon, Atelier.
I specialize in evening gowns. I do red carpet and special occasion gowns but I am known for my costume and my pageant competition designed gowns. I have designed several wedding dresses so perhaps that will eventually be another design division of my brand.

I guess what sets me a part from others is that I take pride in getting to know my customer and really inquiring on their likes, dislikes, etc. I then take those notes and design based on my findings. I feel the gowns organically manifested after I’ve spent the quality time with my client. Sometimes, I would rather be labeled a fashion facilitator or event facilitator versus “designer” as truly, I believe in servicing and delivery to my client their dream, their expectations and more.

I am proud of this company as I didn’t allow age to stop me nor get in the way. There are no limits and age is only just a number. While I may have built a 20+ year career in the events industry, I’m not balancing that with my creative expressions as a fashion designer.

Do you look back particularly fondly on any memories from childhood?
My favorite memory from childhood would have to be shopping with my Mother. I was so shy when I was a kid that when my Mom took me with her to the department stores, I’d sit in a corner on a chair and just watch my Mom until she was done. She’s put together some amazing fashions paired with incredible accessories. Then at home, I’d see her plan out her next day’s outfits so carefully. To me, my Mom has been my greatest fashion inspirations.

While I had had the opportunity in my career to work directly Hubert de Givenchy, Carolina Herrera, Georgio Armani, Chanel, Oscar de la Renta and so many prominent and well established fashion icons, I’d say my Mother, hands down, has taught me the most and the best of fashions. 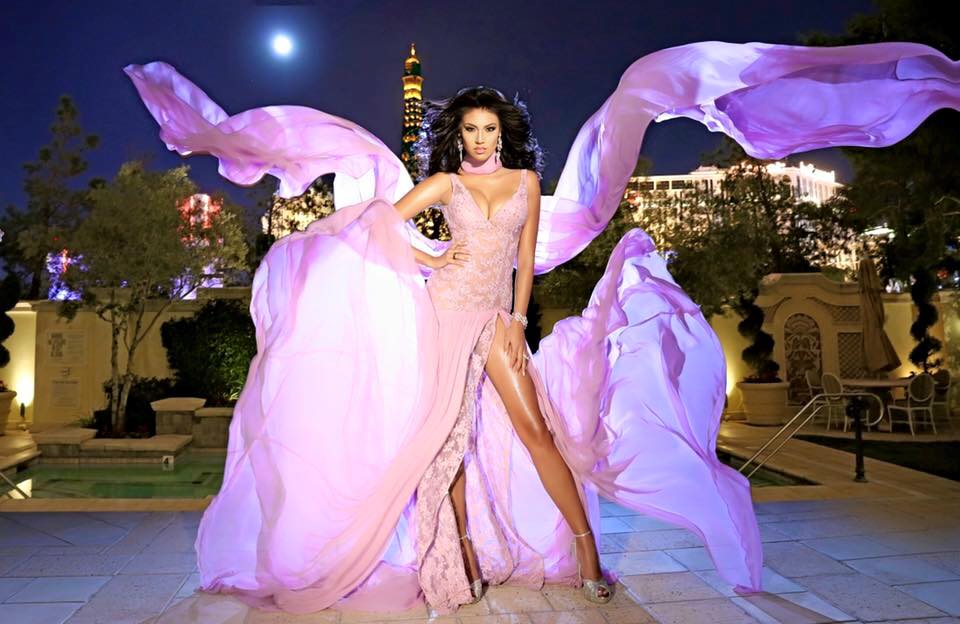 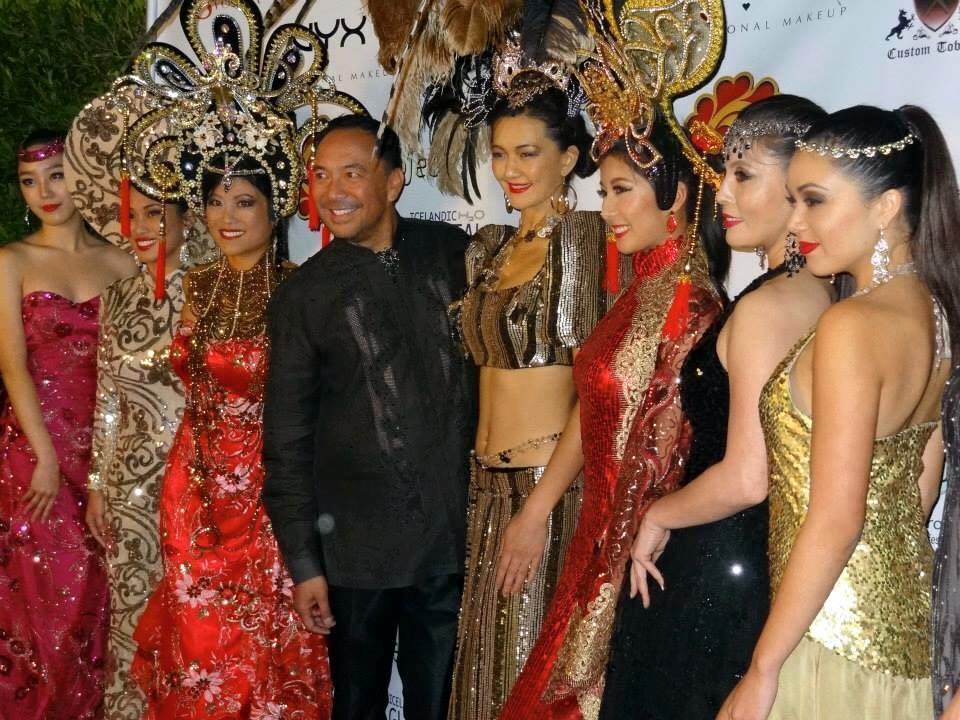 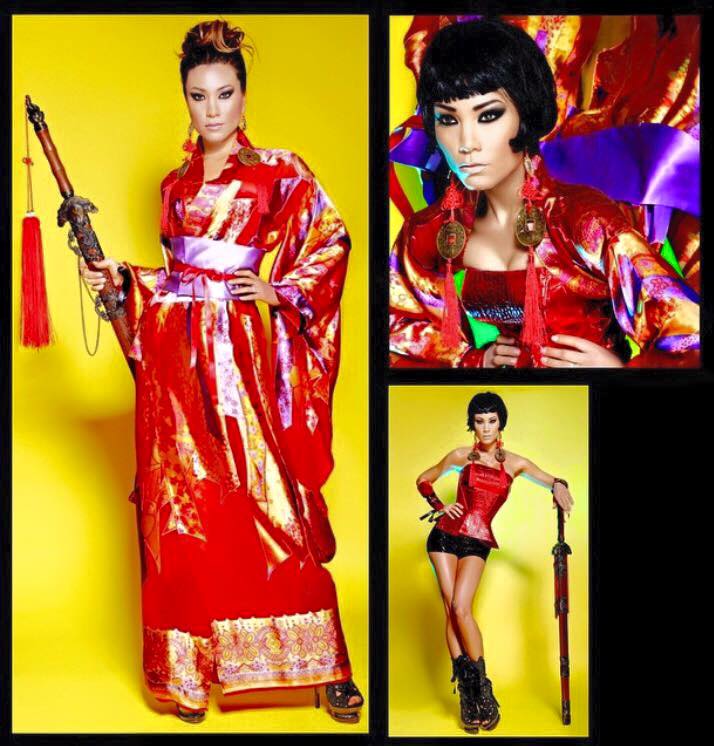 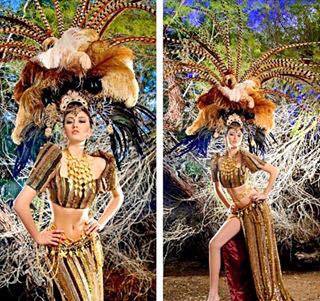 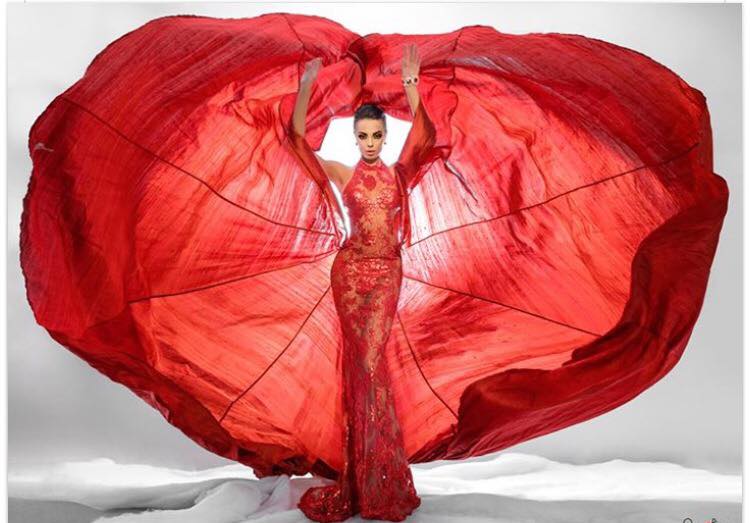 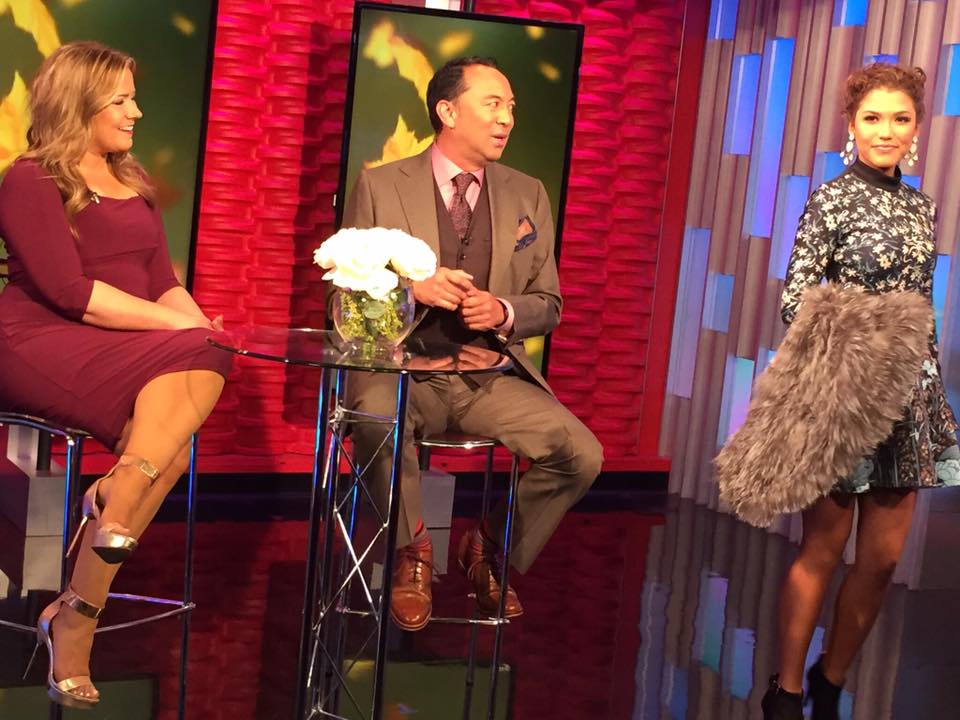 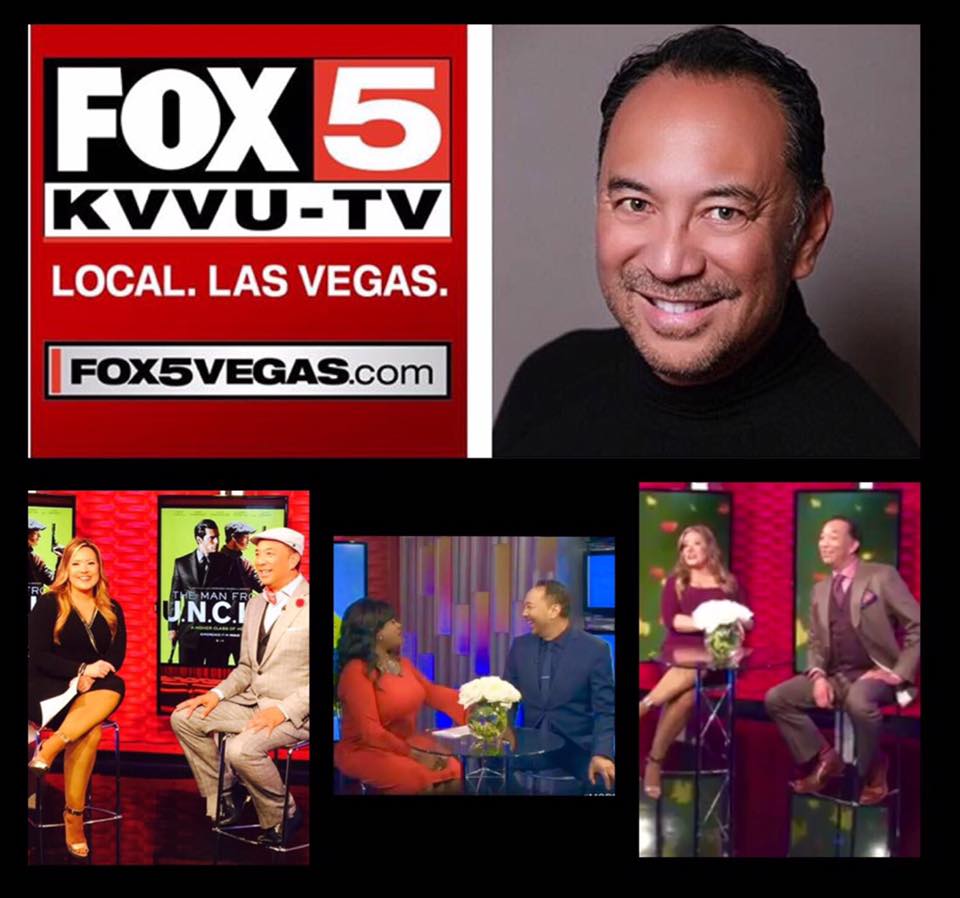 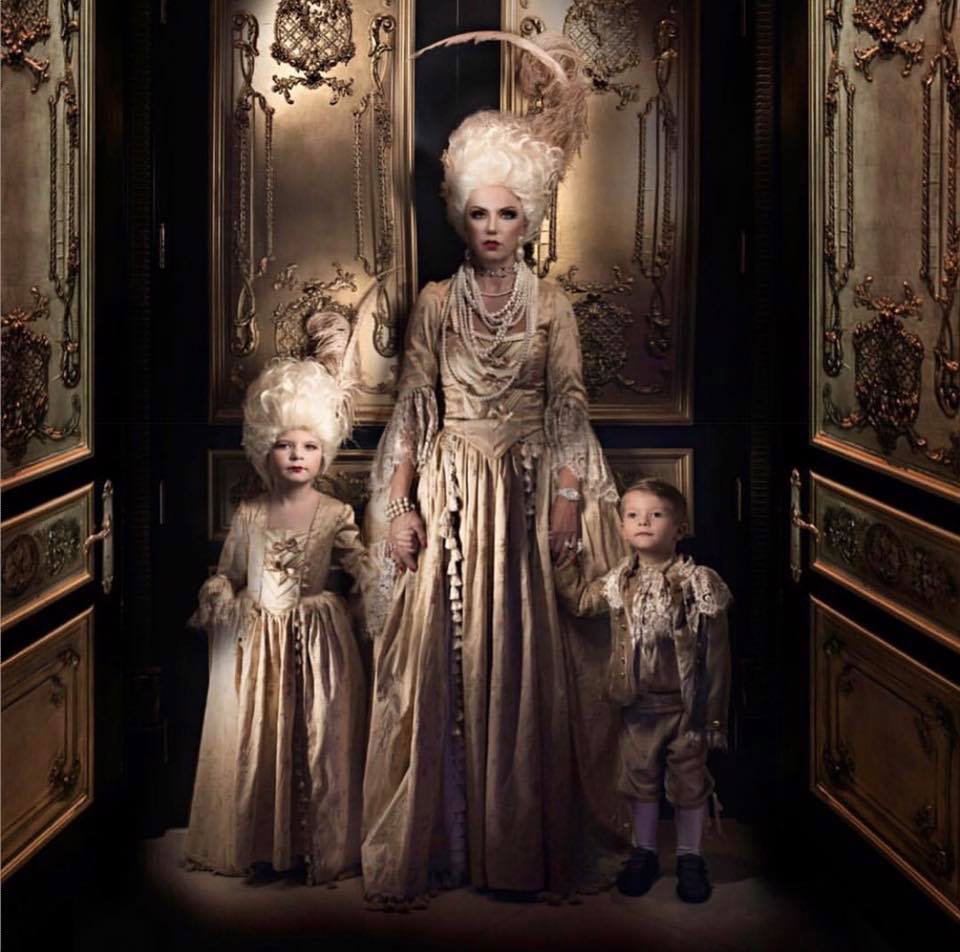 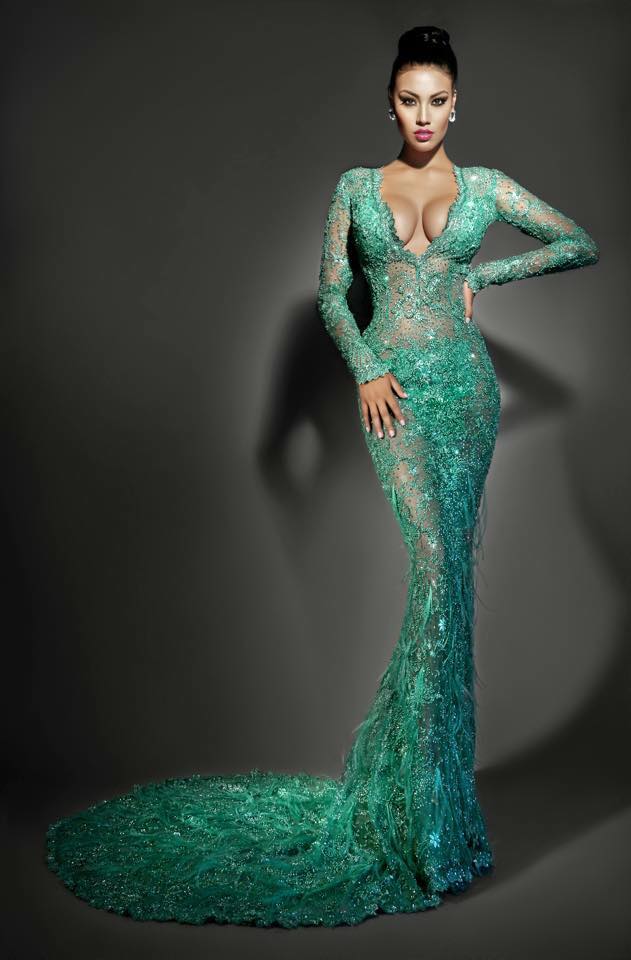 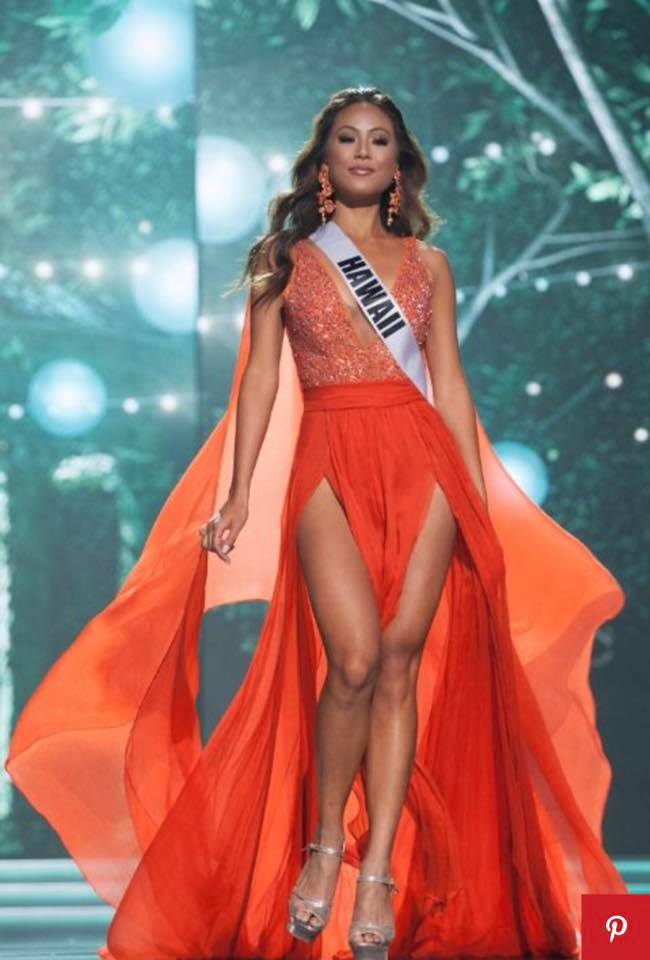 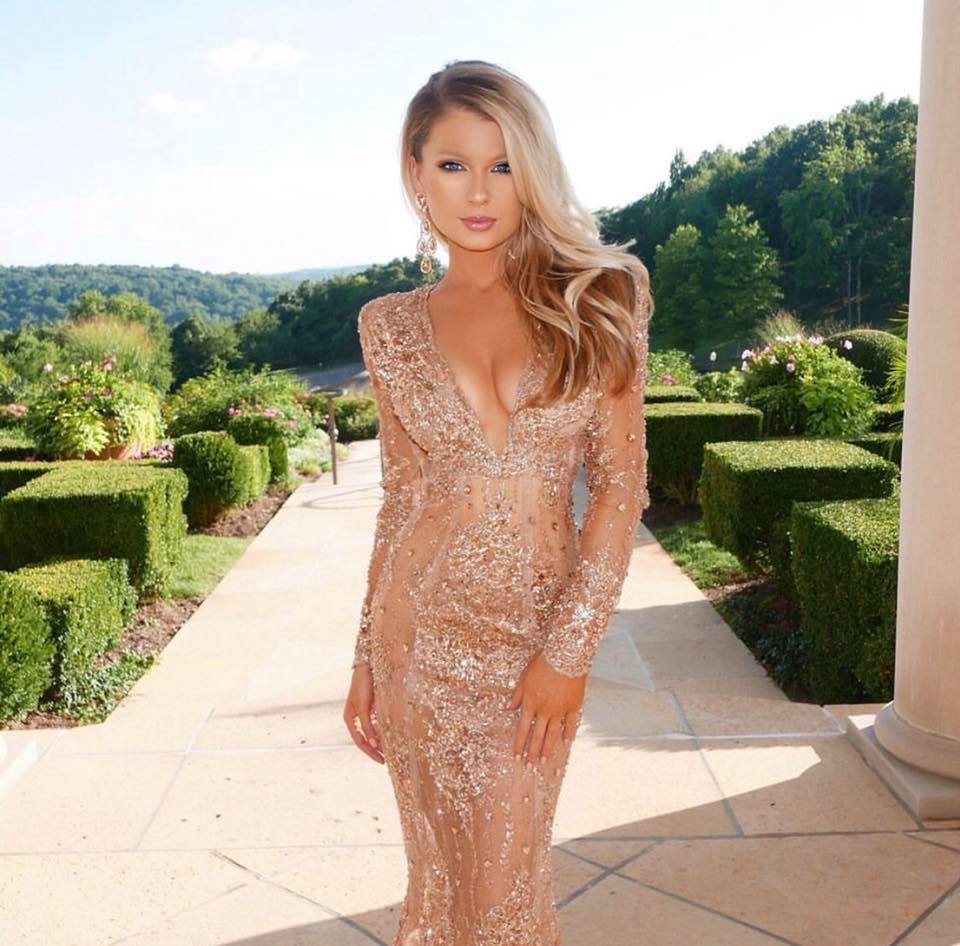