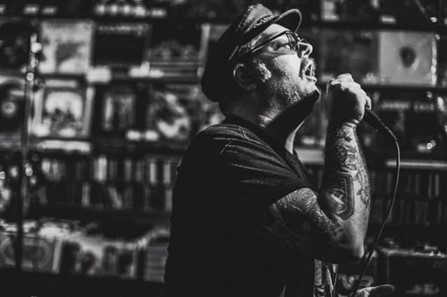 Today we’d like to introduce you to Joel “Hurt Hawks” Zimmerman.

Joel, let’s start with your story. We’d love to hear how you got started and how the journey has been so far.
Some know me as J. Zimmerman and some know me as Hurt Hawks. I am a writer of transgressive fiction and a song and dance man of dirty realism. I was born and raised in sunny Arcadia, a lonely suburb of Los Angeles which is home to ‪Santa Anita Park‬ Race Track, a regular haunt of American Poet and Novelist Charles Bukowksi. Across from the ‪Santa Anita Park‬ was the Santa Anita Inn which has recently been torn down. The Santa Anita Inn is where Hunter S. Thompson is rumored to have written the majority of Fear and Loathing in Las Vegas under the influence of multiple substances. Arcadia was also immortalized by Jack Kerouac in his seminal novel On The Road where protagonist Sal Paradise and his Mexican girlfriend Terry had a run in with local racist teens. The reasons I bring these cats up is because I believe I am on a similar trajectory as them.

I am an outsider and artistic trailblazer who has been shaped by my stomping grounds; A suburban Southern California landscape with a seemingly sunny disposition and a shadowy underbelly of consumerism, conservatism, and mediocrity. Born and raised in Arcadia and fueled by bourbon, I write stories about love, failure, and the decline of rugged individualism. I also record and perform music sung over jittery and bluesy electronic post-punk to the tune of an alcoholic life in my little Los Angeles Suburb. My raw and dark comedic performances are meant to give onlookers a break from the mediocrity of every day life by pointing out the absurdity of it. I am a husband and father of three daughters with a full-time job in a cold and bloody pathology department.

The reason I became a musician and writer was to treat a diagnosis of bipolar disorder which I was given at a fairly young age. I have managed to channel my manic episodes and sometimes unhinged madness into my art which I believe has kept me alive. Mental health is most definitely at the crux of my journey, born from where I began, where I am now, and where I am headed. Also, it is pretty clear to see that mental health is one of the most important issues currently facing America. Charles Bukowski said, “You begin saving the world by saving one person at a time; all else is grandiose romanticism or politics.” I chose to save myself.

Has it been a smooth road?
Has it been a smooth road? Well, the answer is of course no. It hasn’t been a smooth road for anyone I imagine. My road has been paved with a deeply rooted innate loneliness, boring bullies, learning disability, mental illness, dead-end jobs, psychiatric wards, broken hearts, and failure upon failure which has made me one Hell of a performer, and a pretty decent writer I might add. It also lead me to my wife and children, which has been the greatest gift of all. My journey has been akin to navigating California’s infrastructure system. An infrastructure which is decaying. The roads are filled with potholes and the freeways and bridges are crumbling. But there are quite a few cool destinations. You just have to risk the suspension on your car and brave spilling hot coffee in your lap to get to them most of the time.

So, as you know, we’re impressed with Hurt Hawks/J. Zimmerman – tell our readers more, for example, what you’re most proud of and what sets you apart from others.
I wear my madness on my sleeve which many artists are afraid to do and it shows. In my writings and performances, I try to explode like fireworks across the sky on a hot summer night, so even if just for moment someone might stop what they are doing and gaze up in awe, disbelief, wonder or whatever the Hell it is they might feel for this strange unhinged thing before them. Even if they shake their heads or don’t like what they see, my goal is to get some type of emotional response. Positive or negative. So in short I’d say the guts to go balls to the wall is what sets me apart from most.

Let’s touch on your thoughts about our city – what do you like the most and least?
I dislike that so many people don’t have homes. I dislike how aggressive the police force is. I dislike parking tickets and traffic. I dislike the clip joints that overcharge for a drink. I like the seedy noir jazz vibe of Los Angeles and feeling like Humphrey Bogart in a hard-boiled detective film based off of a Raymond Chandler book when I walk the city at night. I like the dusty palm trees that line so many of the streets. I like the hidden dive bars in the city and mainly those in the sticks. I like the few remaining mom and pop greasy spoon diners and although I often try to avoid people, I do appreciate the diversity of those that live here. 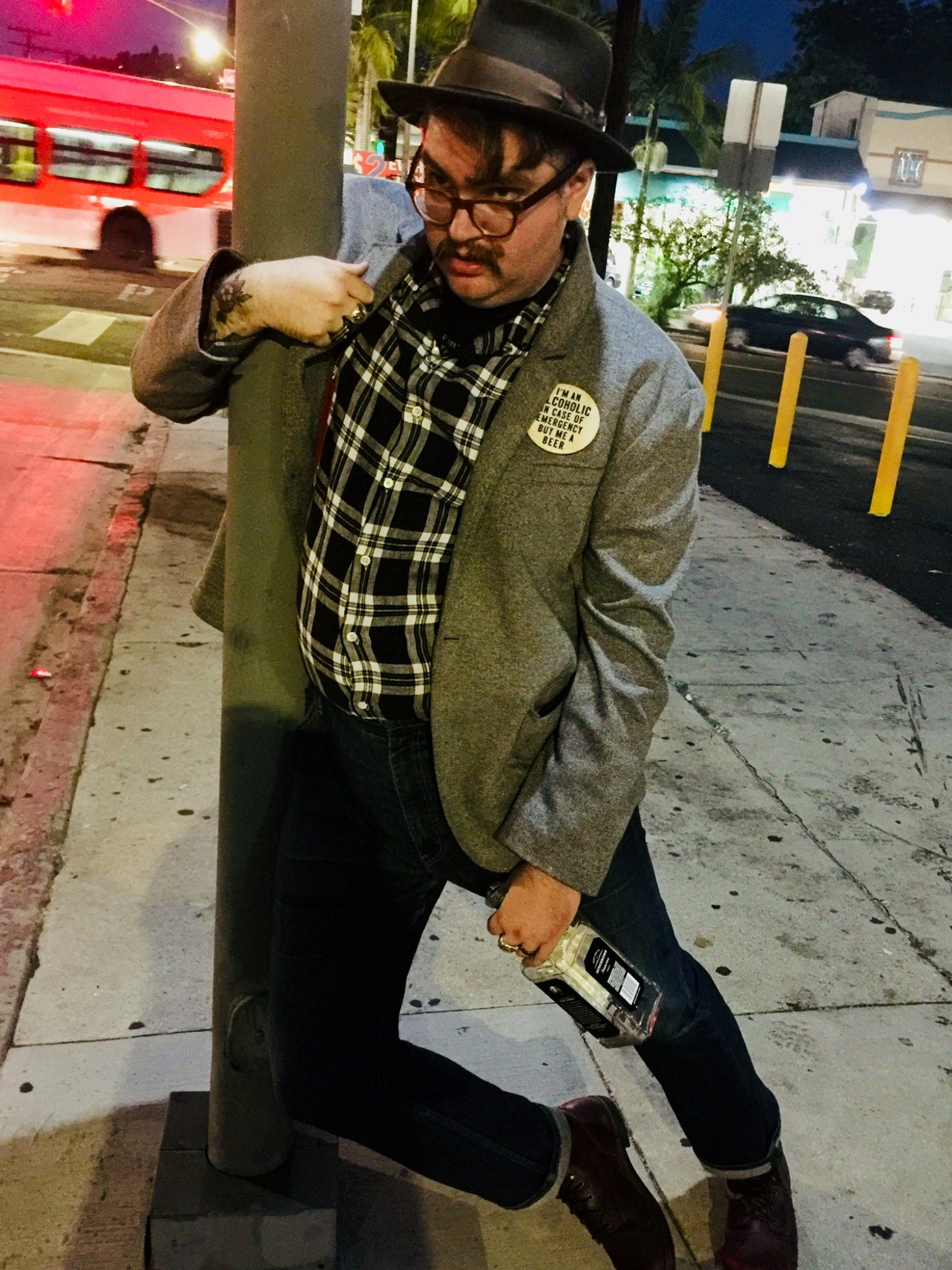 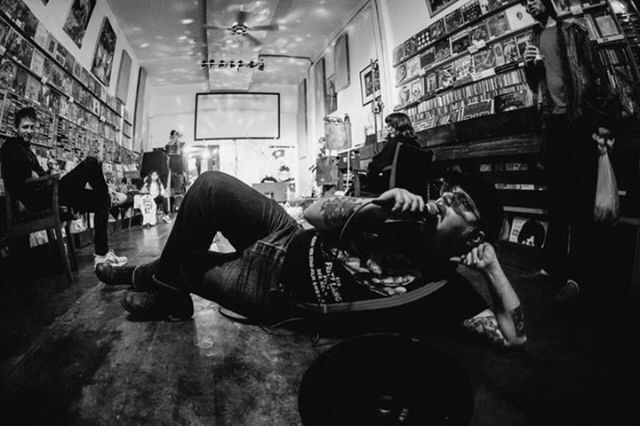 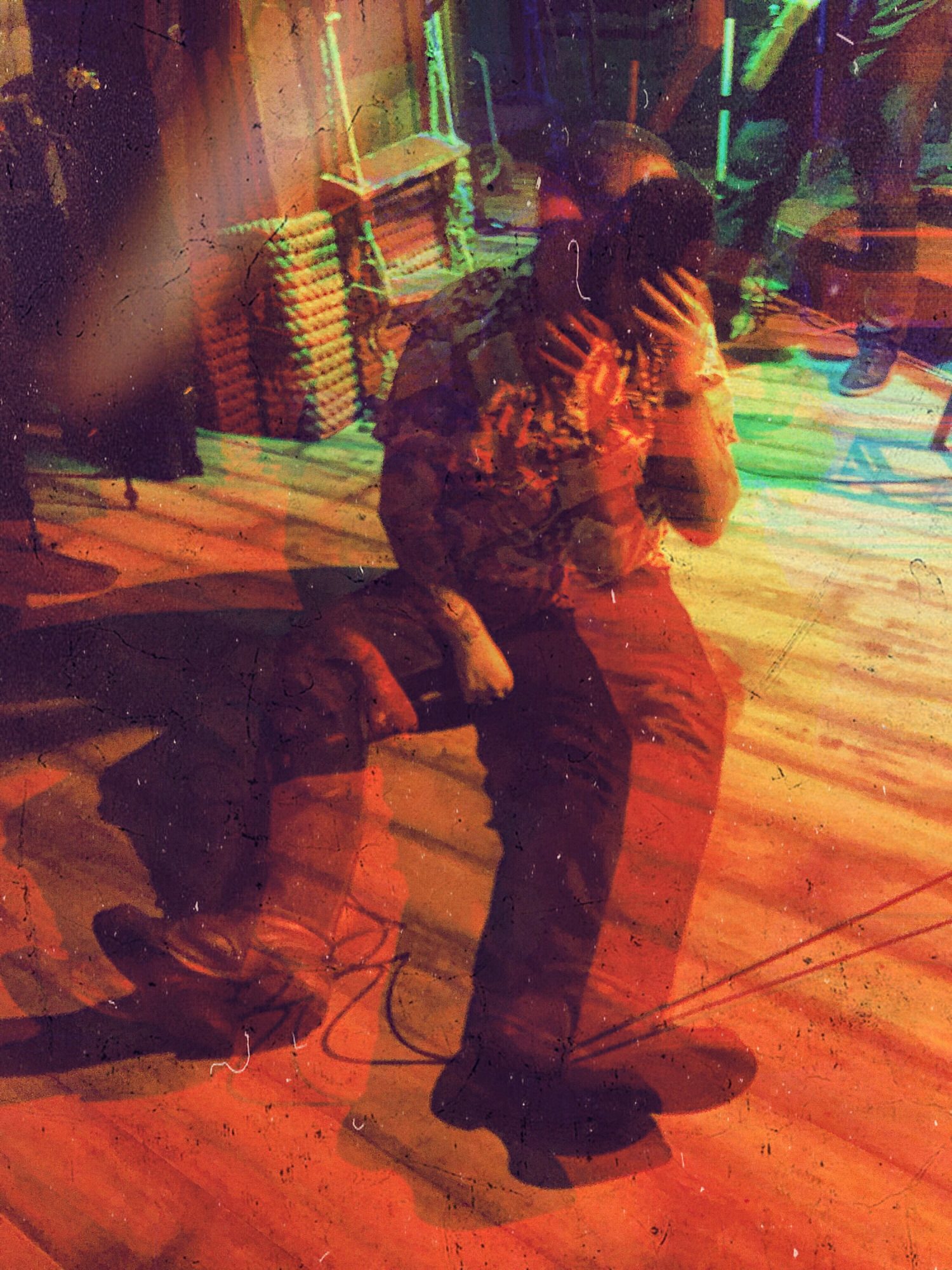 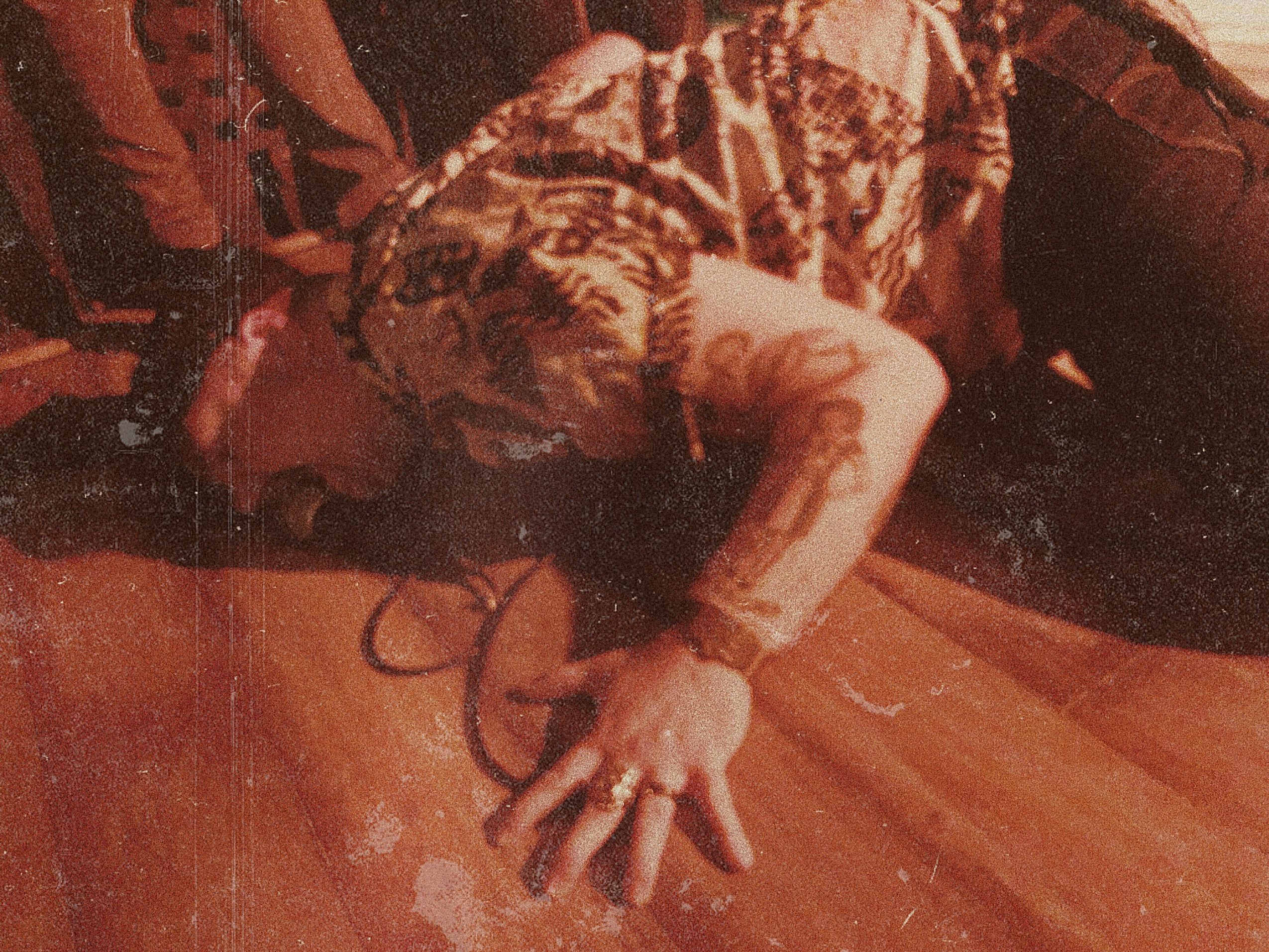 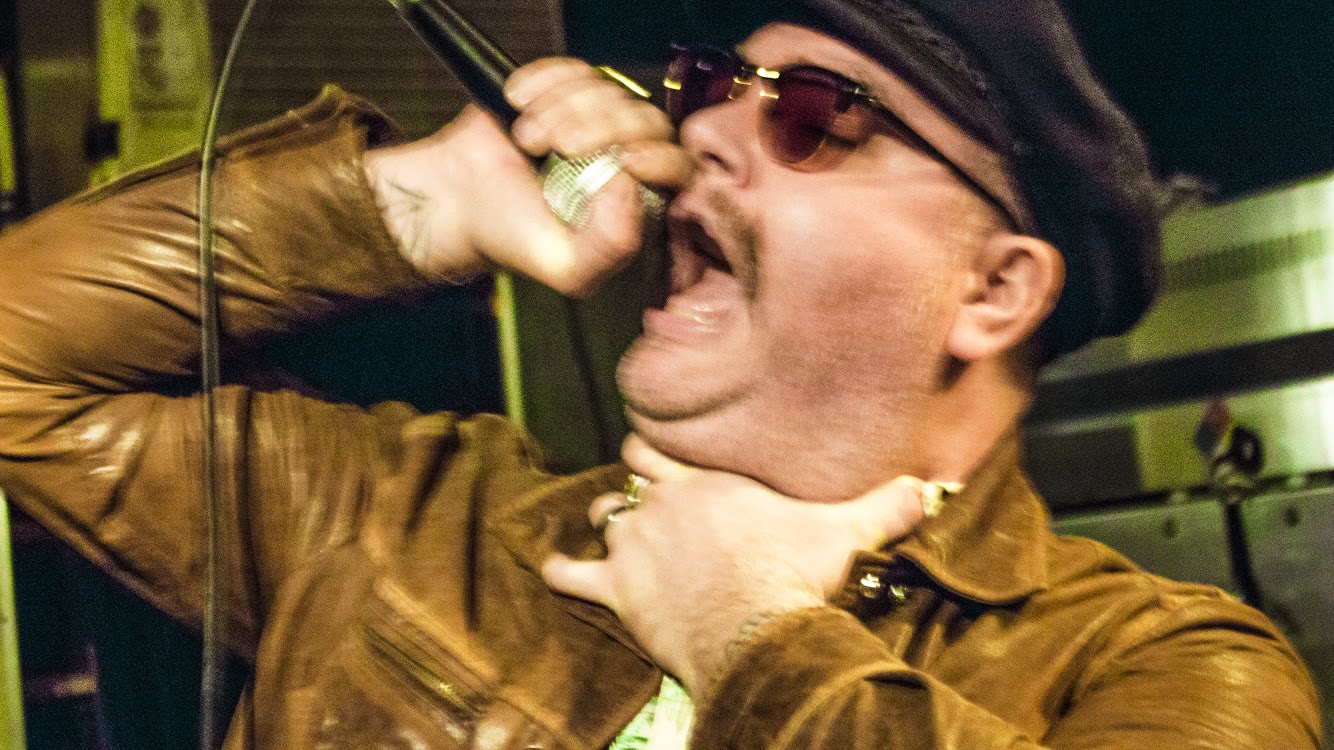 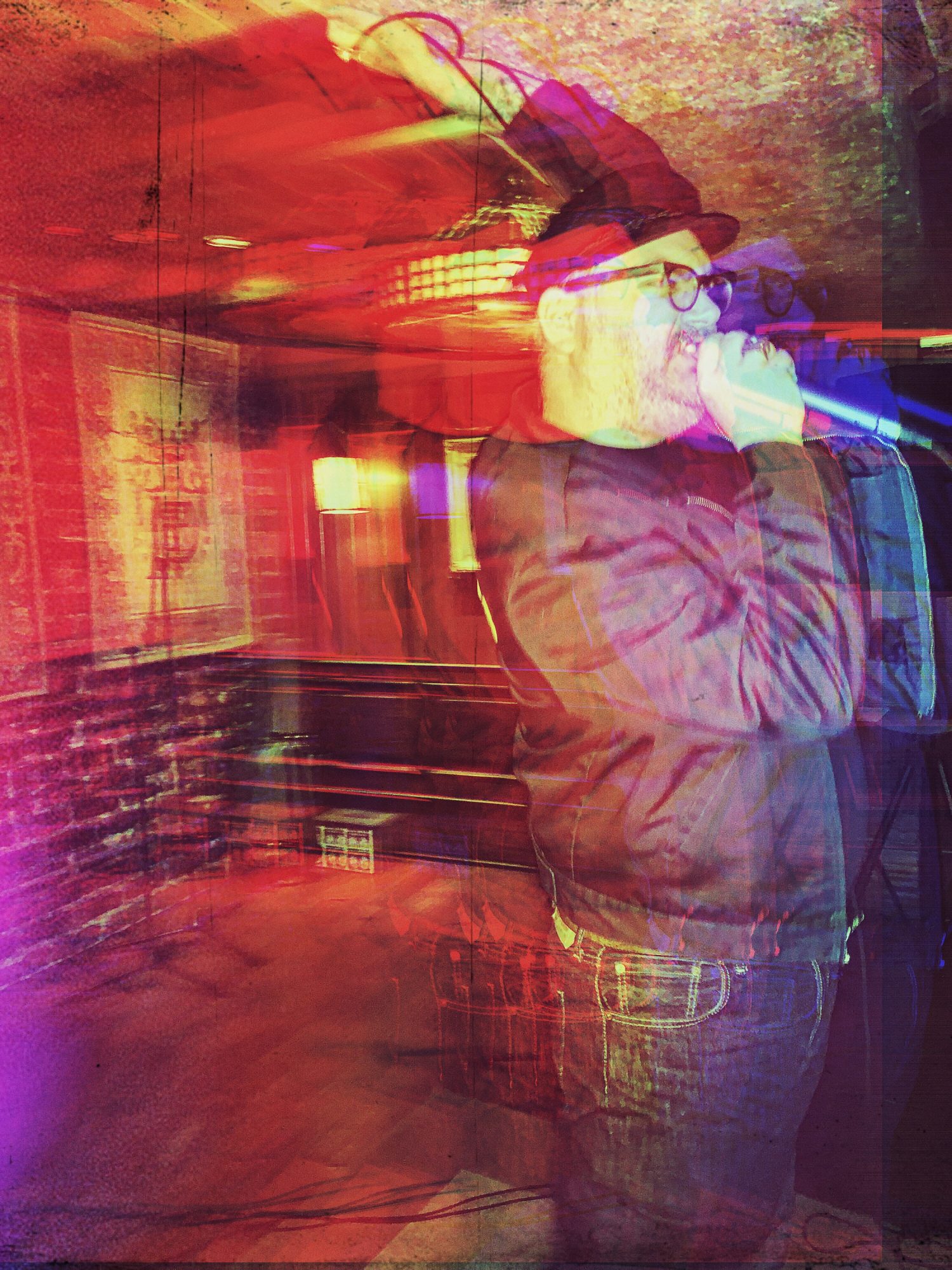 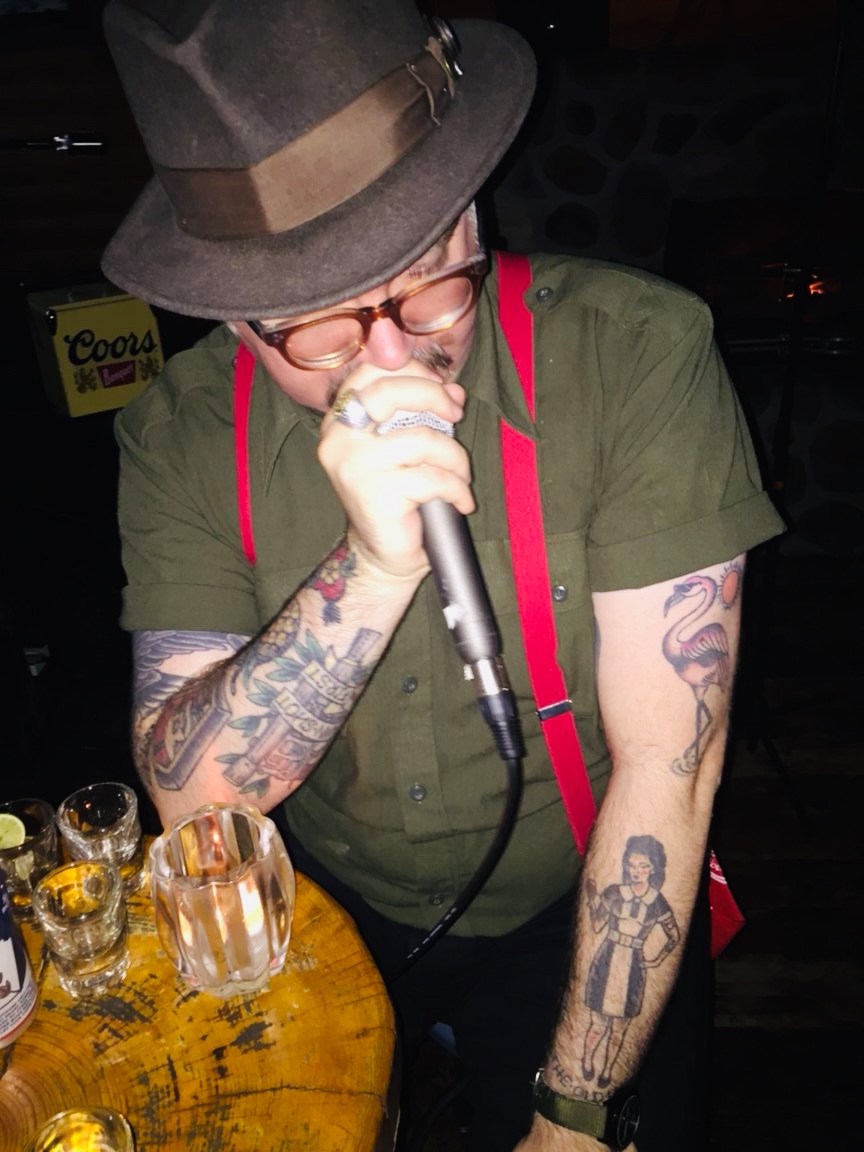 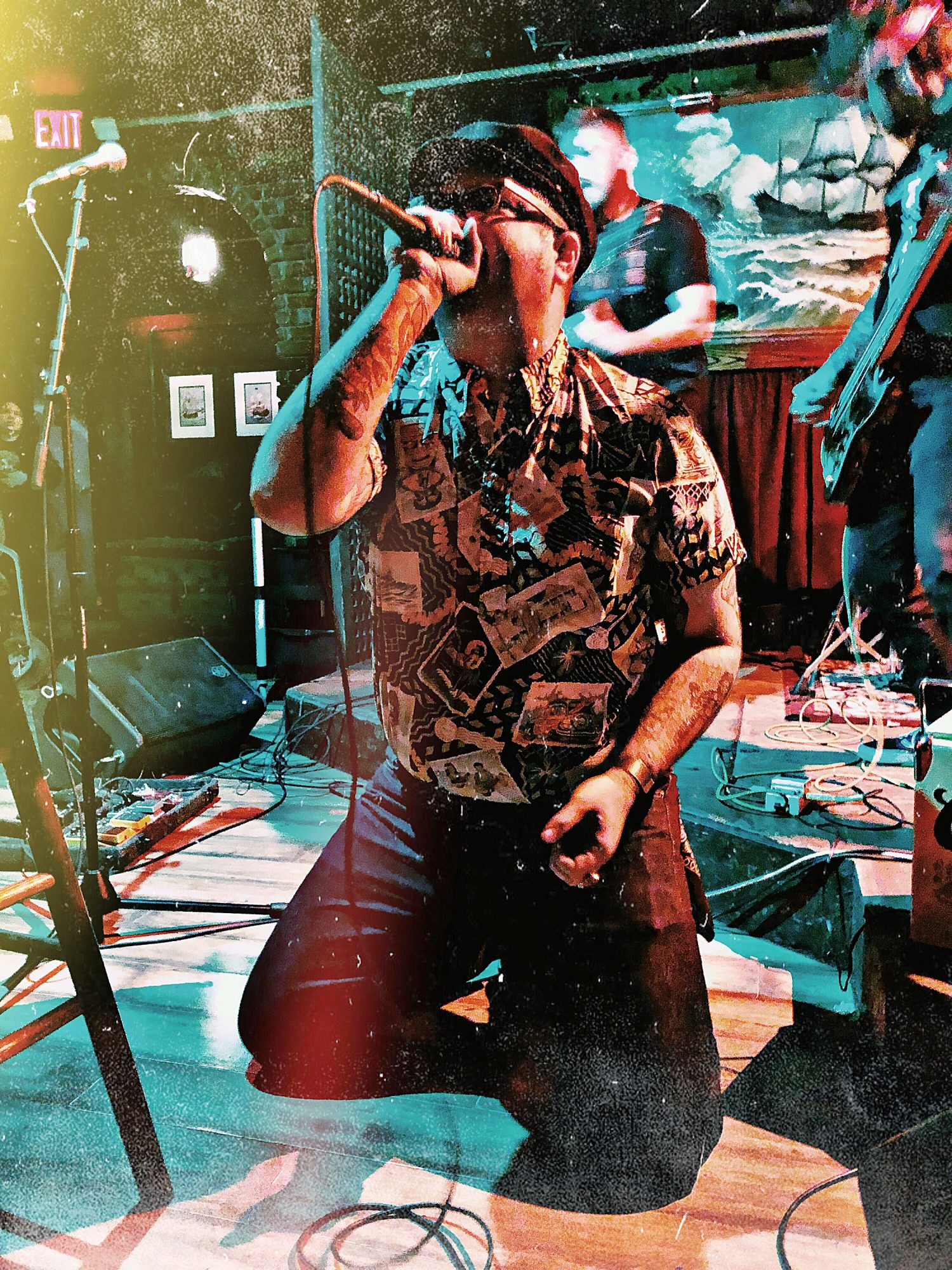 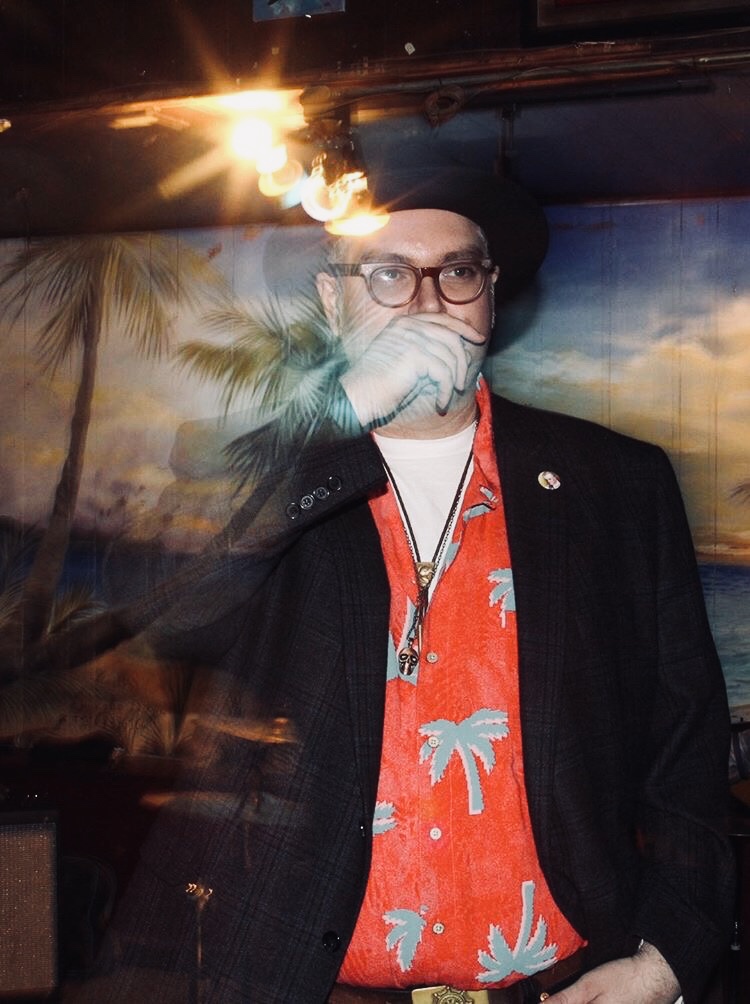