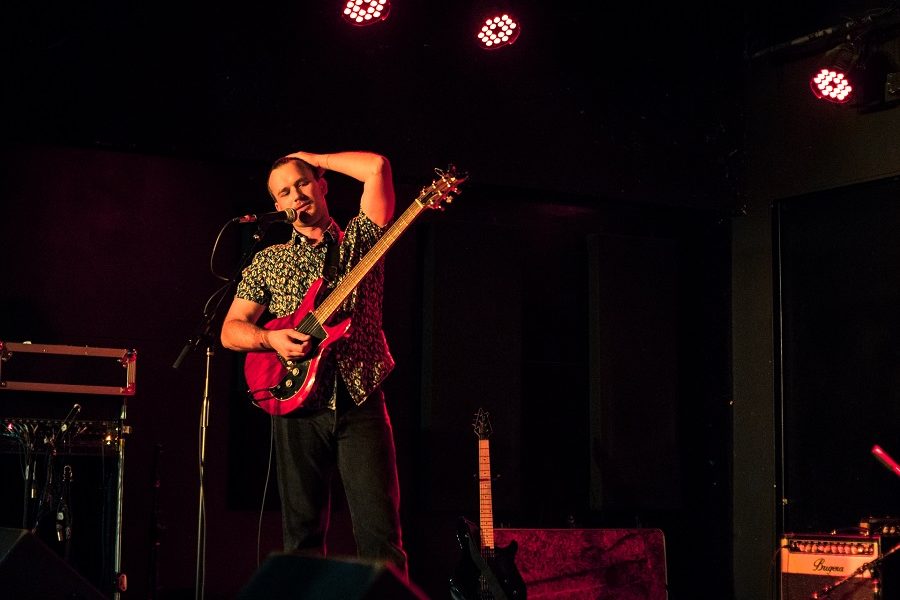 Today we’d like to introduce you to Joel Heinrich.

Thanks for sharing your story with us Joel. So, let’s start at the beginning, and we can move on from there.
When I started learning the guitar in 6th grade I learned how to play three songs ‘Where is My Mind’ by the Pixies, ‘These Days’ by Jackson Browne, and (though I hate to admit it) ‘Macy’s Day Parade’ by Green Day. I thought, cool- but what can I make. I got on the family computer and opened Garageband and started writing my own songs. Over the next ten years, I wrote hundreds upon hundreds of songs- ranging from absurd to heartfelt- about relationships and breakups and talking pineapples and mermaids as I  honed my sound.

After college, I went on to play in a few different bands, always as a hobby, until I realized in December of 2017 that I had amassed a prolific catalog of music over the years. So, I started my own band, Rubaiyat, and for the first time, I gathered musicians to play my own music. I turned to my friend, Anina Denove to help me re-arranged old songs and write new ones with our newfound musical chemistry. Drummer Matt Camgros and bassist Ian Early joined at the same time forming one solid rhythm section. They took to my songs like ducks to water and soon enough we played our first gig at The Satellite in April 2018.

With a prewritten catalog we were able to head to my dear friend August Ogren’s studio, The Petting Zoo in Minneapolis, where we recorded twelve songs by the end of July. We are planning some releases next year, but in the meantime, we’re playing shows all around Los Angeles. So, keep your earballs on our social media/website for future shows.

We’re always bombarded by how great it is to pursue your passion, etc. – but we’ve spoken with enough people to know that it’s not always easy. Overall, would you say things have been easy for you?
I’ve always thought of myself as an actor. I always imagined my life in the theater. I went to a boarding arts highschool where I majored in theater. In college, I got a BFA in theater. I’ve produced/directed/acted in plenty of shows in Chicago and San Francisco, and by any normal measure of a career, I should be making theater. But something happens when you follow your childhood dream past its expiration date and despite my own stubborn continuance, that dream had been waning for a long time.

I found myself lost and not working in Los Angeles, making unfulfilling sketches with friends every few months, passing the time drinking and being unproductive as the space between auditions grew longer and longer. Like a lot of people who move to Los Angeles- I shriveled and lost sight of why I wanted a theatrical life to begin with. In fall of 2017 I sat at home browsing Reddit where I stumbled on this quote from Stephen Fry paraphrasing Oscar Wilde:

“Oscar Wilde said that if you know what you want to be, then you inevitably become it – that is your punishment, but if you never know, then you can be anything. There is a truth to that. We are not nouns; we are verbs. I am not a thing – an actor, a writer – I am a person who does things – I write, I act – and I never know what I am going to do next. I think you can be imprisoned if you think of yourself as a noun.”

And I realized that I had unwittingly been working on a life of music while I thought I was being an actor. My noun had, in my mind, always been Actor, but my verb had always been songwriting. Since I first picked up a guitar I’ve been writing songs. In my brain and every interaction, there are songs playing in my head or little ditties about the world around me.

In the plays I’ve written there’s inevitably one character who sings little songs to themselves to reveal their inner life. In my own life, as I’ve said before, I’ve written hundreds of songs. With this epiphany, my life changed completely. Suddenly I felt like I wasn’t swimming upstream anymore. Everything fell into place and my experience as a theatrical director and playing in other bands supported me as I became a bandleader.

It’s funny when you considered your obstacles and challenges and realized that you are your own obstacles and challenges. How you view yourself in the world is so important, and it’s amazing to me that a slight shift in focus can allow you to grow into who you are meant to be. I don’t believe in fate, but I do believe that as one grows into themselves, there are different paths to becoming the best version of oneself. That’s all to say- don’t get in your own way.

We’d love to hear more about what you do.
My band, Rubaiyat, is a four-piece Doom-Wop band playing earnest love songs in the key of Chad Vangaalen that explore the raw emotional side of relationships. Rubaiyat captures the spectrum of our emotional love lives in song. The word ‘Rubaiyat’ means a collection of poems and true to the etymology Rubaiyat is a collection of songs I wrote between bands from 2004-2016.

Starting in a bedroom at boarding school, I crafted and demoed songs which are now foundation for Rubaiyat’s sounds. From the bedroom to the stage of The Satellite or Hotel Cafe, Rubaiyat has grown up from the early days where I played all the instruments myself. With the support of my band, I feel such freedom to explore areas of music I was once afraid to delve into.

I am incredibly proud of my bandmates and their commitment to exploring the sonic landscape of these songs– to help tease out little motifs or to expand sections beyond my initial riffs or ideas. We all have such different musical backgrounds that each personality helps the songs to grow. I can unequivocally say that Rubaiyat’s commitment to the music is greater than any other band I’ve been a part of. I count myself very lucky to write songs for Rubaiyat.

So, what’s next? Any big plans?
As I’ve said, we recorded a full-length album in July 2018 and are planning to release some singles next spring/summer.

For now, we are focusing on playing a local show every month and building our audience as we prepare to drop an album or EP next fall. We are also looking to launch a biweekly video series this spring where we invite another band to play a cover with us and sit for a short interview on what they’ve got coming up.

We just launched our website and are starting to gather merch for all of our Ruby-Babies to proudly wear. Come out to one of our shows (listed on our website) to meet us and help support the local music scene. 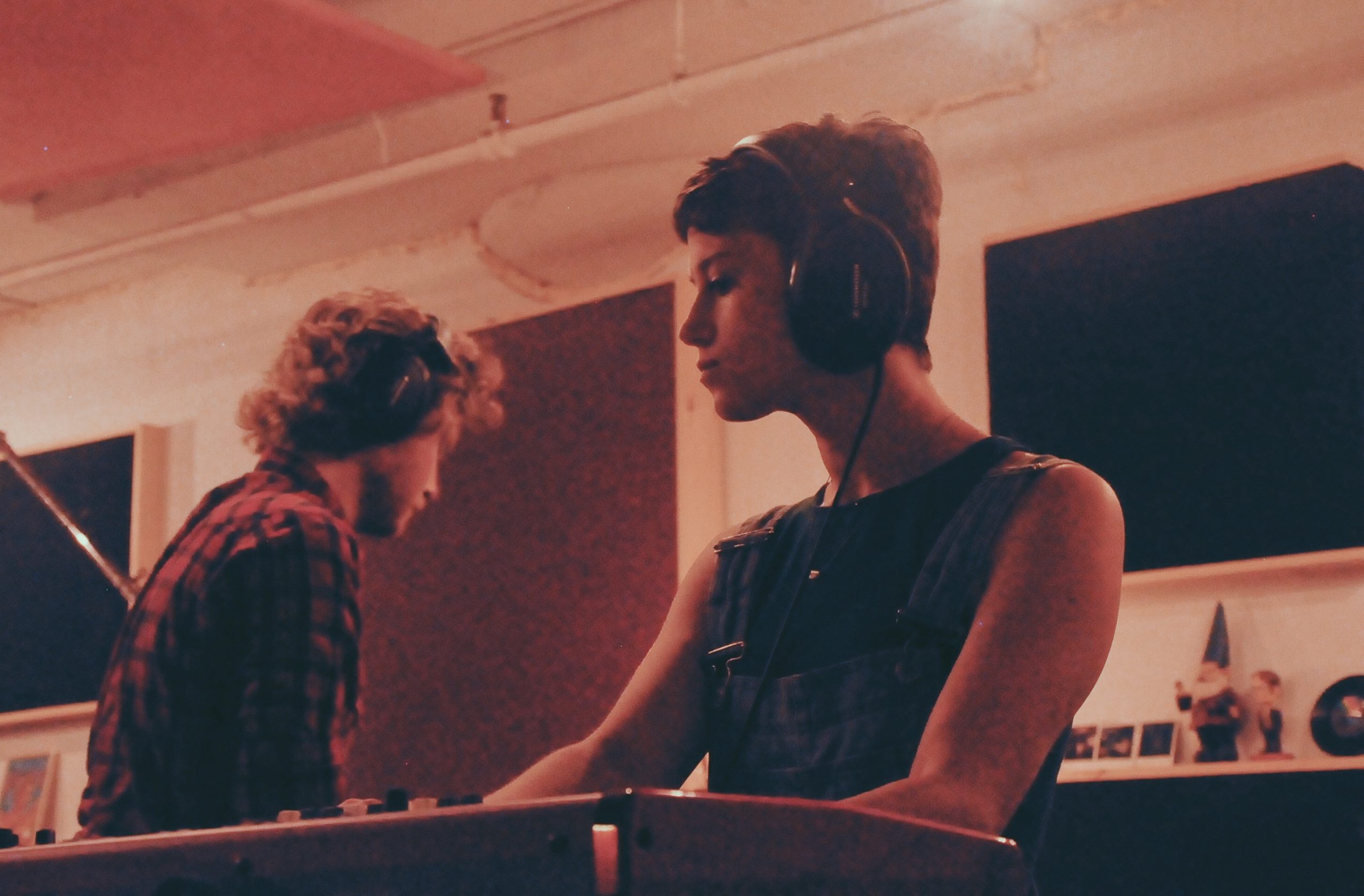 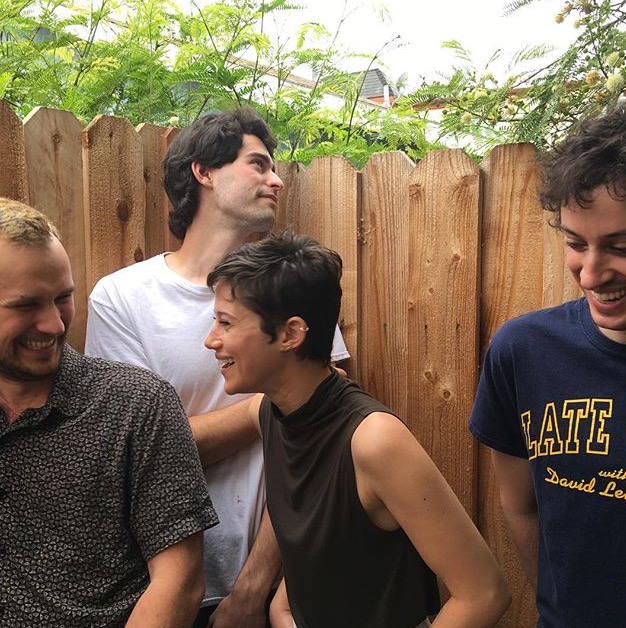 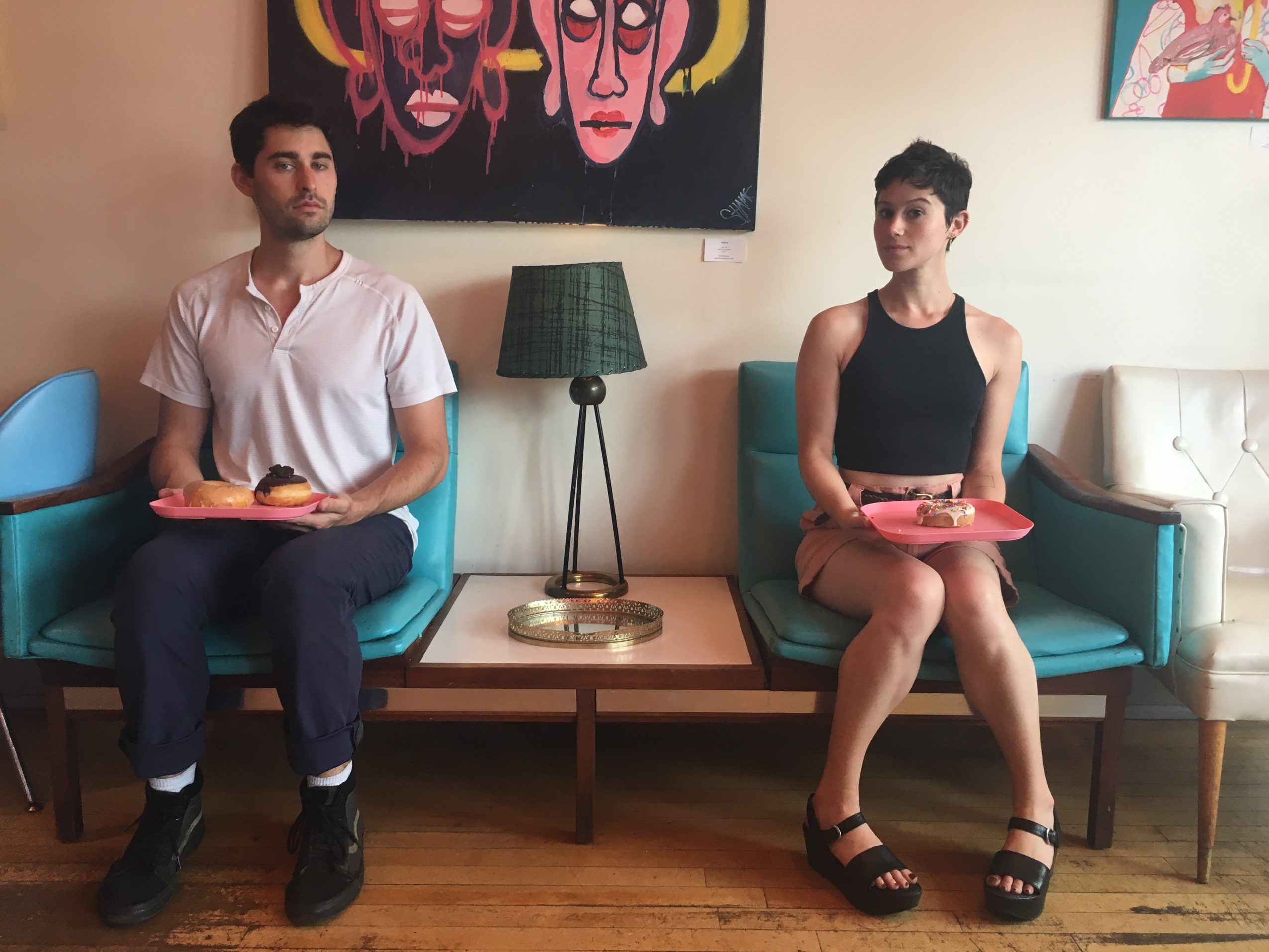 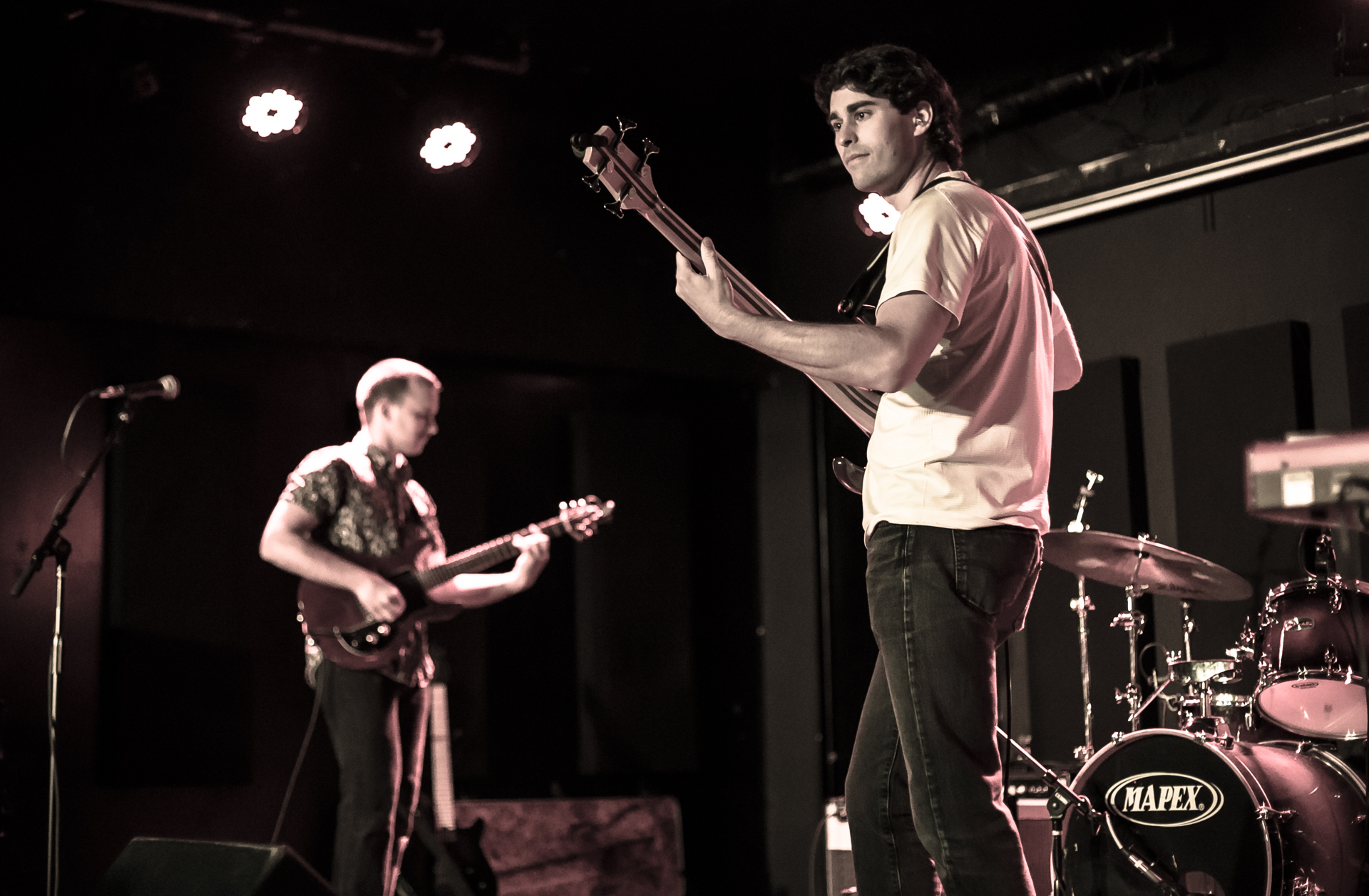 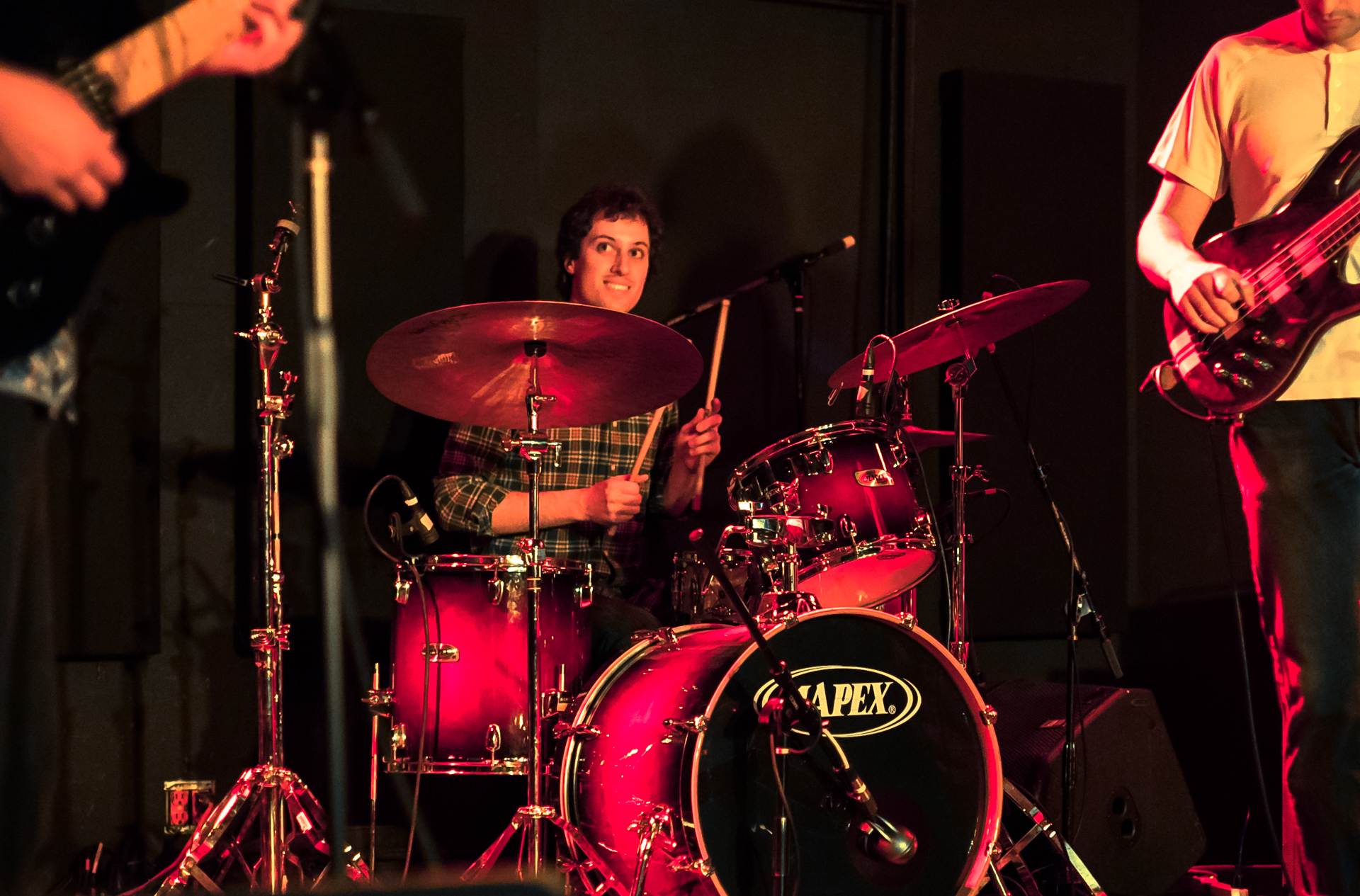