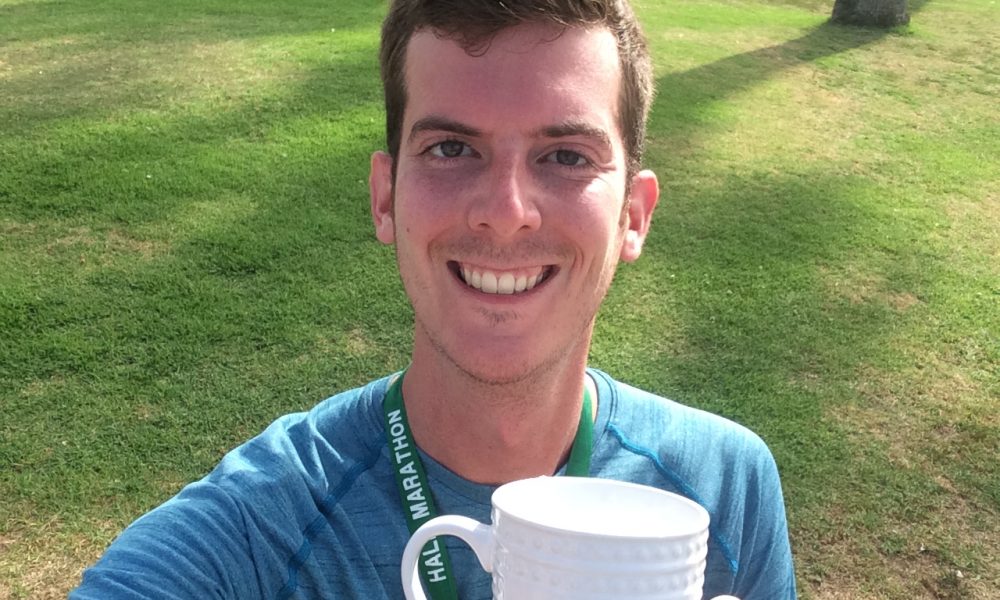 Today we’d like to introduce you to Joe Wolff.

Thanks for sharing your story with us Joe. So, let’s start at the beginning and we can move on from there.
I suppose I can point to my 3rd grade picture book, “The Video Game That Came to Life” (where, in one instance, the main character uses a dinner plate to deflect an oncoming tidal wave.) as a starting point for my love of narrative. However, a more “recent” memory is circa 2010 while I sat bored out of my mind in a general psychology class at the University of Florida.

To my professor’s credit, I don’t think even Morgan Freeman could have delivered the day’s topic in an interesting fashion. So, while learning occurred all around me, I instead chose to script out the beginning of a governmental time travel story. It was basically one scene (which I still have) where a man by the name of Mickey Rider is sprinting through the hallways of a destroyed Pentagon while, outside, a war wages.

Rider runs into his boss, Jeff Parker, and tells him that he’s going to put an end to their secret time travel program. Parker’s pissed, but also dying. In fact, I think he does die in that scene. You know, real feel-good story.

That scene eventually evolved into my first screenplay, “The EA Program.”

However, before I would fully pledge myself to the writing fraternity, I had to:.

And, unfortunately, the nuclear meltdown came.

My relationship exploded, the school morphed into a daily episode of “The Twilight Zone,” and, after twenty-eight years on this planet, I learned how badly I could break.

However, I also realized something else – I had spent far too long believing only in others because it was easier than believing in myself.

That sounds very cynical. Let me be clear – I still believe in other human beings. But, more importantly, I’ve bought stock in myself as well.

After a prolonged  post-breakup bender where I got trashed off the notion that “everything happens for a reason,” I decided enough was enough.

I had told myself in college that Los Angeles was a pipe dream. Now, it became a one-way flight. I had never been to Los Angeles before, nor had I even stepped foot in the state of California, but I didn’t care. I gave Chicago a hug, threw up the bird to everything that had happened in February 2019, ignored all of Reddit’s advice regarding finances and gave myself one month to, for lack of a better phrase, “get my shit together” once I got out west, and then stepped on a one-way flight with nothing but a suitcase and a backpack.

That was almost eight months ago, and I’m still here.

Great, so let’s dig a little deeper into the story – has it been an easy path overall and if not, what were the challenges you’ve had to overcome?
No road is smooth. I always find stories of “overnight success” to be rather humorous, because I’m sure if you really asked the person featured in that story, he/she would have a different tale to tell.

Have there been struggles along my current journey? Yeah, I’d say moving to a state I had never been to was a bit of a struggle at first. But I’m not complaining, because it was my choice. People fear change. I think one of my elementary school teachers put that on a report card of mine. Well, not that phrase specifically – that would be weird. Rather, she put that I wasn’t good with change.

But yes, if there’s no struggle in trying to achieve something, I don’t think there will be any sort of catharsis to actually achieving it. Right?

My time in LA can be spelled G-R-I-N-D. I can say with full confidence that if I had come out here as a twenty-two-year-old, I probably would have catastrophically failed. LA’s a beast, and that’s coming from someone who [thought he] lived in a big city. But LA makes Chicago look like, well, Woodstock, IL (did I mention that “Groundhog Day” was filmed there?

I’ve written more in eight months than ever before but, as all artists know, the “art” sometimes takes a while to pay. So, lots of freelancing for me. Odd jobs. Part-time teaching. All while producing work that I feel comfortable passing around.

The nice thing, though, is that being in LA encourages you to grind. Because while you’re taking a day off, there are thousands of other people vying for an opportunity. There’s no reason not to be motivated out here. I stay humble, prioritize my work, and keep committed to the goals I’ve set for myself.

We’d love to hear more about your work.
Over the years, “The EA Program” has evolved. What started as one draft of a script that will NEVER see anyone’s eyes but my own turned into a second draft. Then a half-finished draft of a TV pilot. Then, in 2016, I decided I had much more to tell and couldn’t do it in script form. So, it slowly (between school years) transformed into about 60,000 words of a novel.

Cut to Los Angeles, where I (for some reason) tried to start writing it as a script again. Luckily, the writing group I’m in is full of intelligent and reasonable individuals who all said something akin to “Why don’t you finish the book?”

I did that. I published it on Amazon in September 2019 under the title “Temporium,” It’s Book One of “The Event Alteration Program Trilogy.” Book Two will hopefully be done by Summer 2020.

Since my early 2019 life explosion, I’ve also written another feature and two pilots. Rome wasn’t built in a day, but it’s been fun to build it.

My favorite genre to write in is sci-fi. Why? I think, in large part, it’s because of the opportunity that science fiction offers to explore fear. I can relate – my personal writing path has encountered plenty of obstacles that arose from fear. Be it fear of change, fear of acceptance, fear of ability; Science fiction offers a perfect opportunity to explore fear in all its forms. And if there’s one thing that humanity fears more than anything else, it’s the unknown. For me, it’s fun to operate within the genre and ask – what are we afraid of? And why?

Do you look back particularly fondly on any memories from childhood?
There’s something magical about writing and creating new worlds. However, some worlds don’t need to be created because they already exist. Perfect example? Wrigley Field.

To outsiders, Wrigley may seem like a place full of prolonged sadness (although I was standing outside the stadium during Game 7 of the 2016 World Series and it was AWESOME). To me, Wrigley Field is a magical place, and I think one of the best childhood memories I have is seeing it for the first time with my dad.

As a kid, it was something I only ever had seen in pictures and on television. To see it up close and sit inside the stadium while hearing all of my dad’s stories that he had about the place was unforgettable. It’s something I can’t wait to do with my own kid one day. 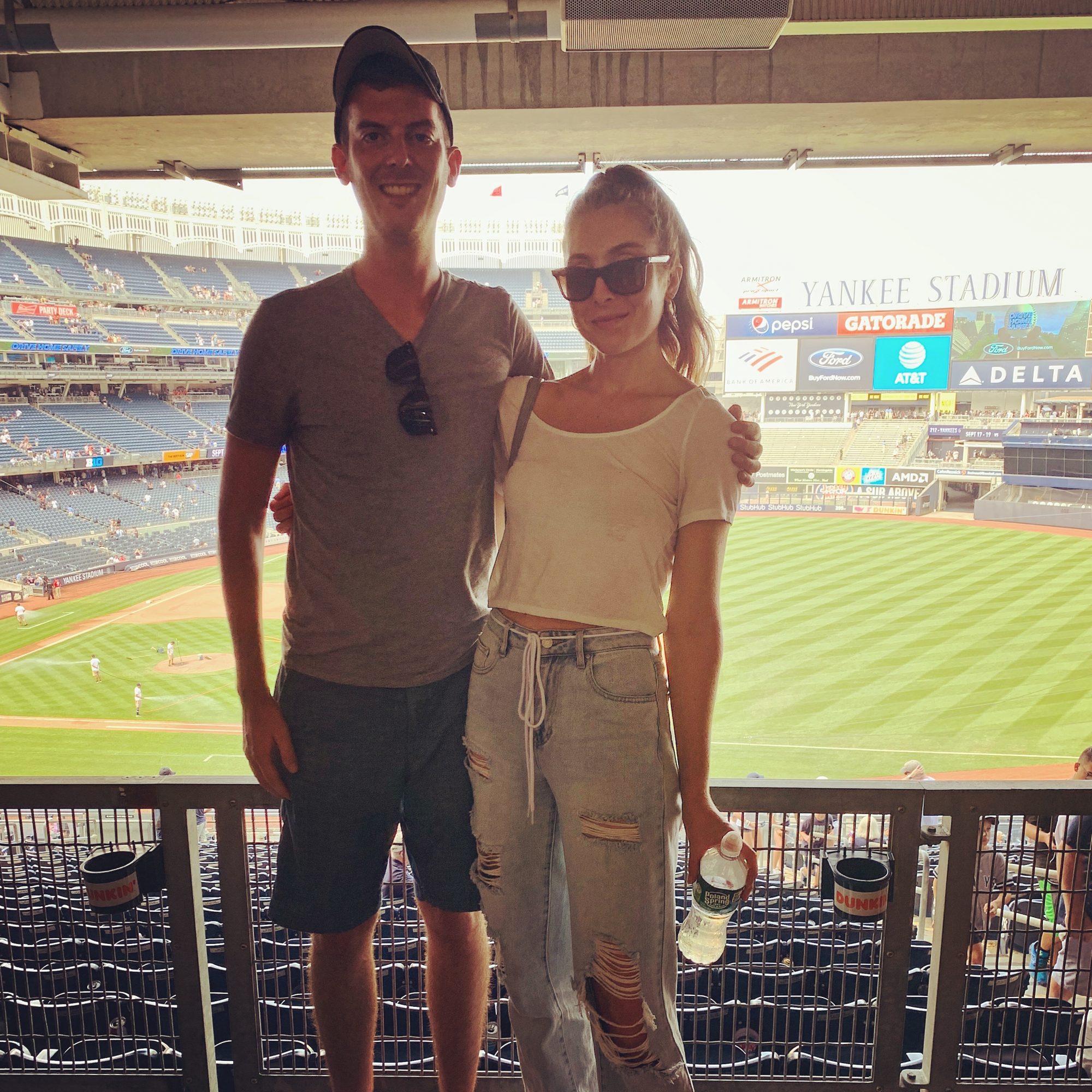 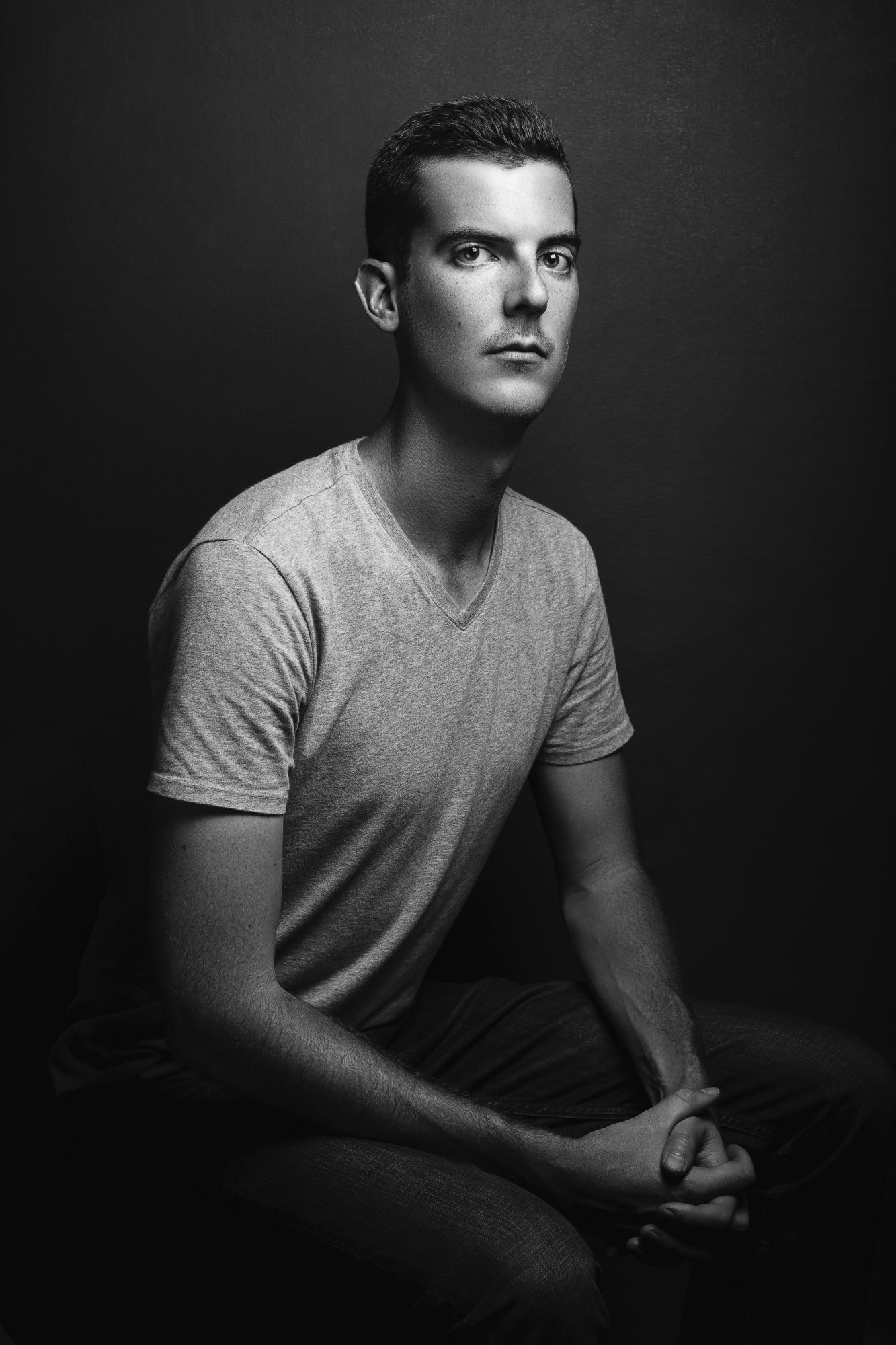 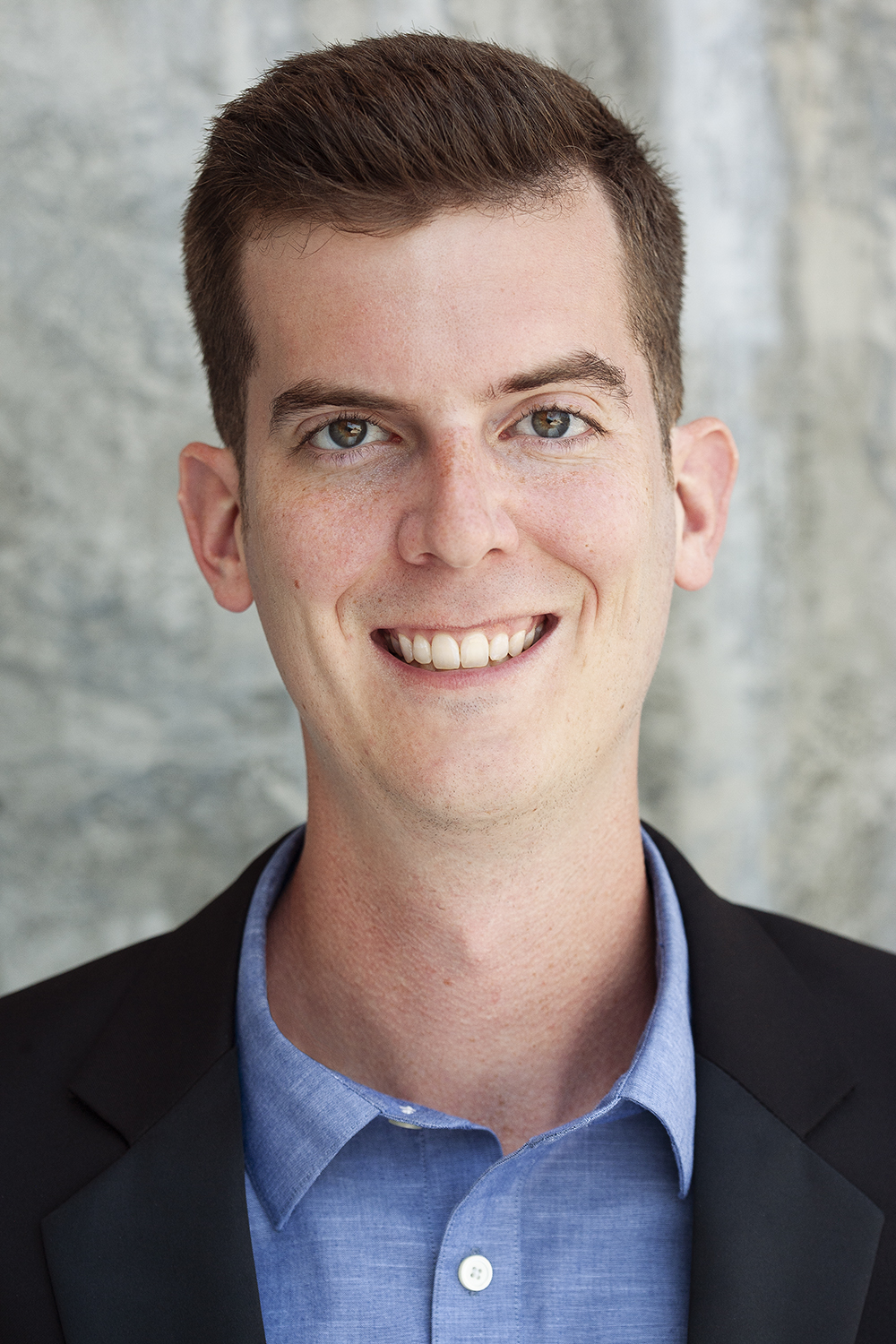 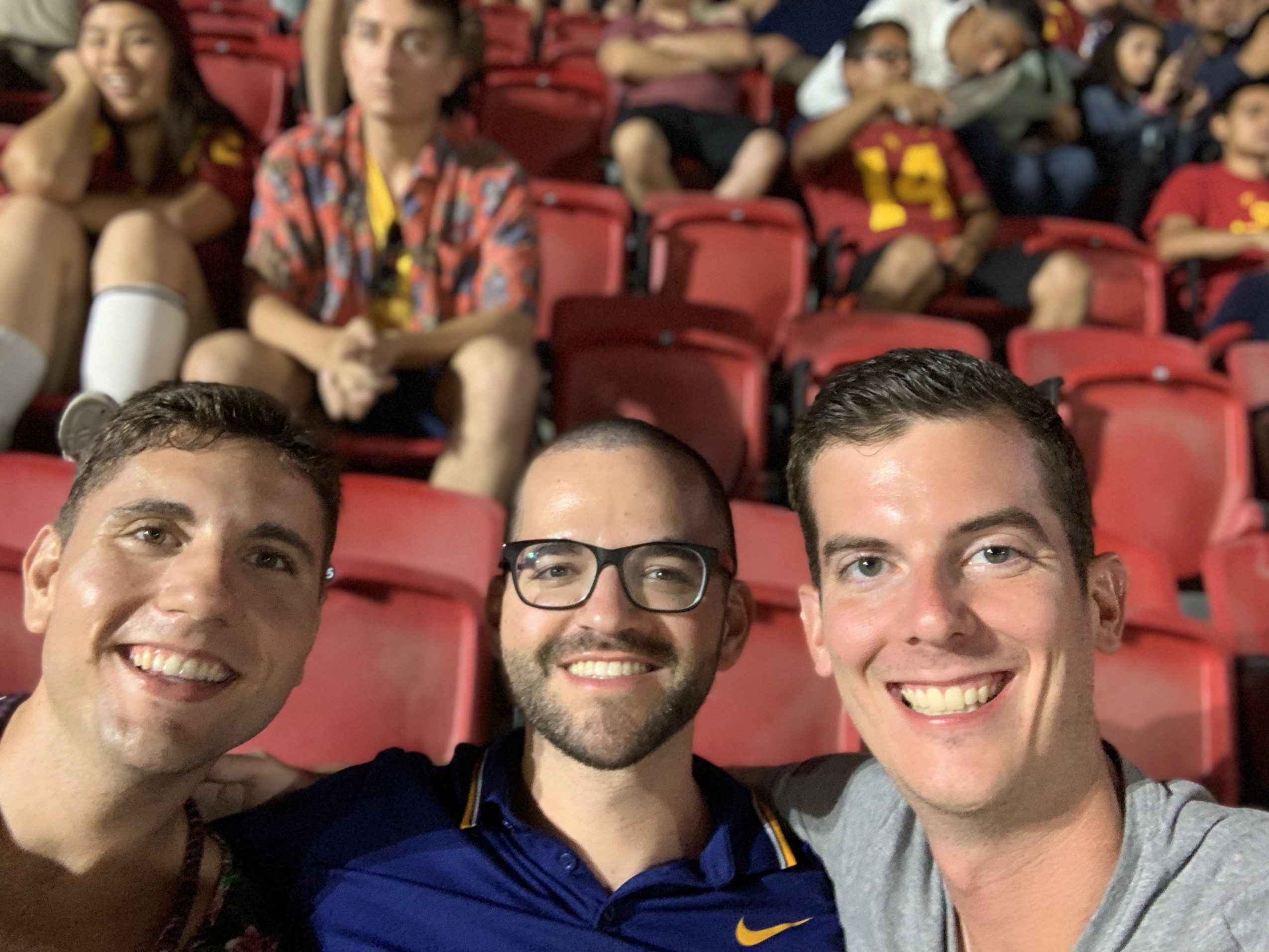 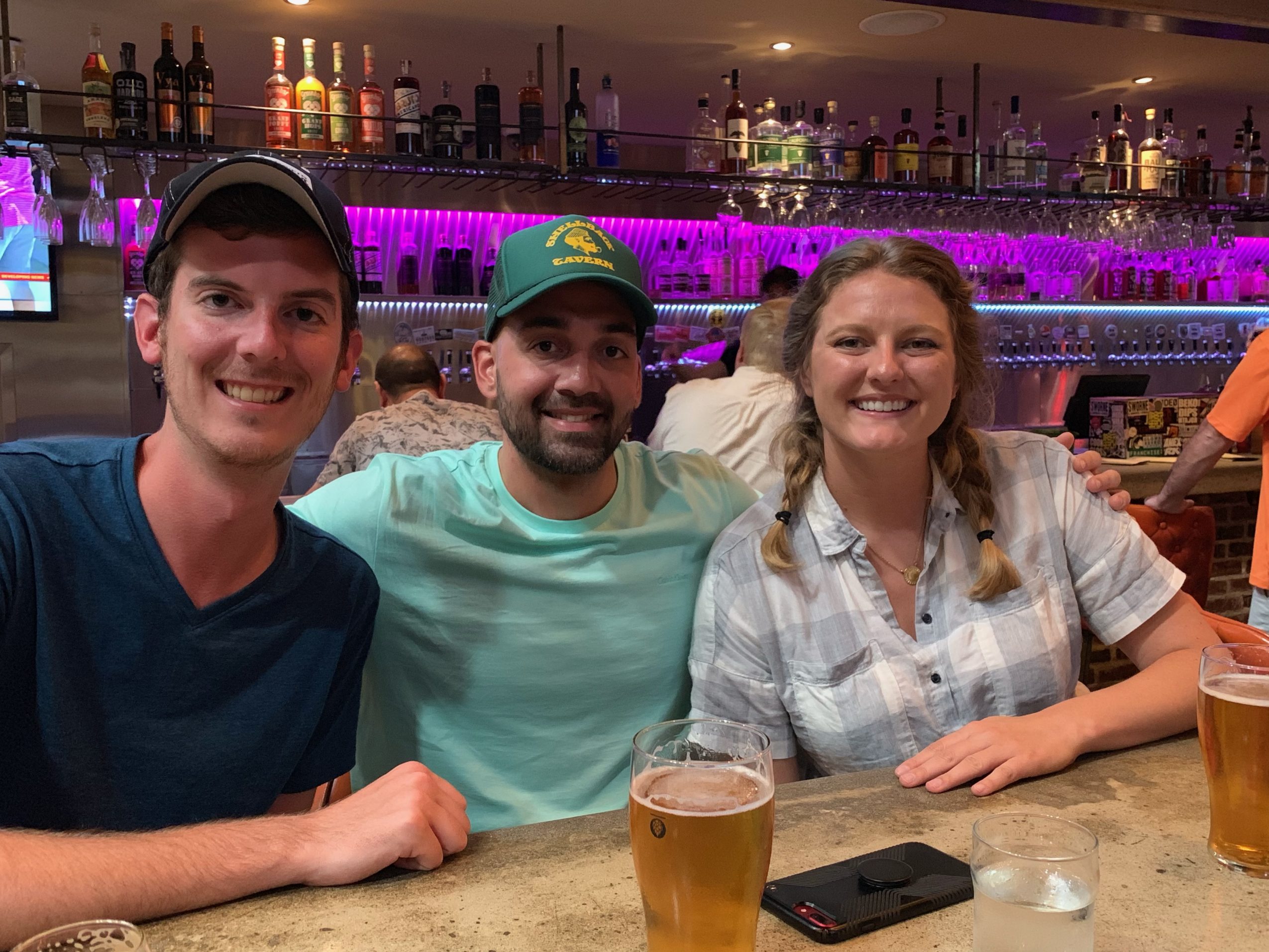 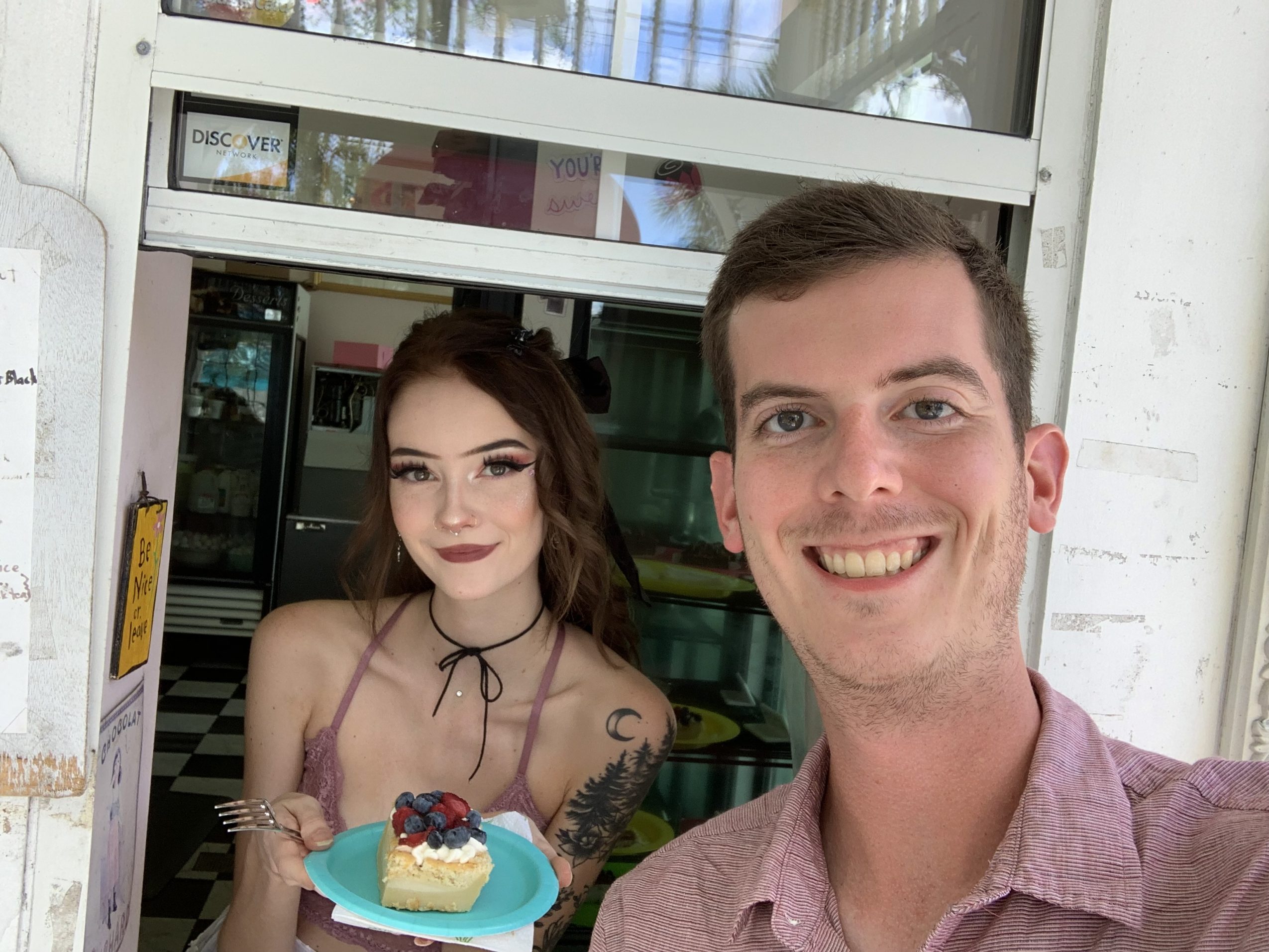