Meet Joe Towne of The Performers Mindset in Hancock Park 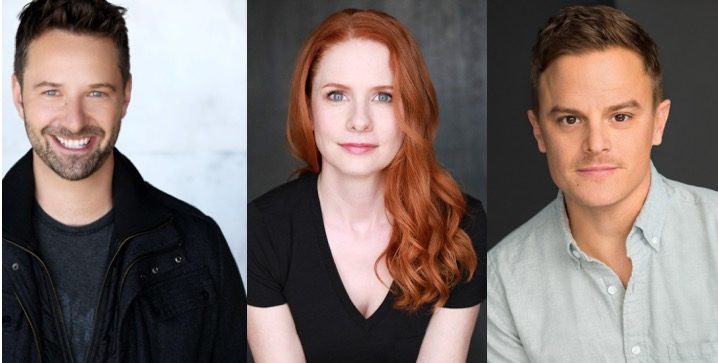 Today we’d like to introduce you to Joe Towne.

So, before we jump into specific questions about the business, why don’t you give us some details about you and your story.
I am a native New Yorker. I was born upstate but raised on Long Island. Early in life, I decided that I wanted to perform. I asked my mother how I could get in the movie playing on our television. That movie was the Wizard of Oz. I had an opportunity to be on Sesame Street growing up (some friends of mine were) but my stepdad was concerned about it, so we decided not to.

The only other thing I ever dreamed about was being an athlete. I had dreams of going to college for baseball (in the Pac-10, back then) and to become the next Dave Winfield. The Yankees were my first love as far as sports were concerned. I loved soccer and was invited to be on the traveling team but there was a lot of travel involved and so my parents decided not to accept. I became afraid of the high inside fastball (it turns out I needed glasses but didn’t know until I got to college) and so I ran track. And in high school, I was cast in my first play (the Miracle Worker) and it was hard to do both sports and plays at that time. Soon, acting had my heart. I acted and assistant directed 30 plays in high school. I attended Stagedoor Manor during a summer before my junior year of high school and I auditioned and was called back several times for a Broadway show (Lost in Yonkers.) I didn’t get the role but the casting director encouraged me to “keep going.”

Ultimately I decided to attend USC for theatre and psychology. I did both plays and films at USC and even got an internship at 20th Century Fox as a script reader. I was offered a producing track but I loved acting and so I decided to graduate early and go to NY to start a theatre company. I wrote plays and acted in NY (and also the Edinburgh Fringe Festival) for a few years and then, after my mother died, I took a big leap and moved back to Los Angeles to work in Film and TV.

I booked a few jobs right away, got into the union and then hit a wall. I took acting and improv classes but also studied anything I could get my hands on to give myself a competitive advantage. I become a coach in between acting jobs and have been coaching for 20 years. At first my focus was more like helping people brainstorm and strategize but eventually my focus turned to performance coaching. I have been acting and writing and coaching now for 20 years here in Los Angeles (and sometimes internationally) but in the last five years my passions for sports and my passion for coaching seemed to spark a new idea: Athletes have a lot to learn from Artists. And Artists have a lot to learn from Athletes. And the same science that helps us understand best practices for these world-class performers can benefit entrepreneurs and teachers and students and anyone who considers themselves a performer (hint: we all are, in some way.)

The Performers Mindset launched in Los Angeles a few years ago and we have been leading workshops and doing one on one coaching ever since. We have taught in Hollywood, Vancouver BC as well as universities like USC and UCLA. Our work has been featured on the NFL network coaching up high school quarterbacks heading to Universities across the country. And we have worked with CEO’s and executives from several Fortune 500 companies. It is our passion to help revolutionize our approach to performance and it all begins with our Mindset.

Losing one parent and almost losing another was challenging. Missing out on some dream jobs has been devastating. Letting go of a business I worked at for 18 years to start a new company was an incredible leap of faith.

One of the biggest moments of struggle happened after my father was hospitalized and I left the industry. By the time I returned I had lost my representation, my momentum as an artist and ultimately, my confidence (I didn’t act or audition for almost a year.) Then I knew I needed to get my butt back into class.

But choosing a teacher or guide is a very important decision. And sometimes a person with their name on the door isn’t the right guide for you. I learned this the hard way. I went to an acting studio which sapped every bit of my confidence. It was at my darkest moment that I was connected with an incredible human being, a woman named Warner Loughlin.

Warner helped me rebuild my confidence with her guidance, her technique, but most of all, her love. You can feel her love shine through everyone that comes through her doors. It was in her community that I have met some of my dearest friends and colleagues, my wife Erin (!) and also several collaborators for life. I owe so much to her and I will always be grateful for her encouragement and her wisdom.

So let’s switch gears a bit and go into The Performers Mindset story. Tell us more about the business.
The Performers Mindset is a training company for Performers. We are experts in the Performing Space who are seeking to revolutionize the way we THINK about performance… and we help people TRAIN accordingly. Mindset is everything. It impacts our confidence, our creativity, it affects our ability to recall information and to embrace our nerves. Our techniques are backed by science.

Whether you are preparing to make the leap from college athlete to the pros, whether you have lost your edge and confidence in your process or whether you are seeking to impact the world in a powerful way we can help.

We value Relationships, the spirit of Play, the Courage it takes to dare, the commitment to Awareness and the game-changing quality of Presence.

They are cornerstones of everything we do.

How do you think the industry will change over the next decade?
Within the Acting Industry, there have been tremendous changes to the way we book jobs. More and more people have to put themselves on tape. And the increased demands leave less time to prepare and higher expectations about what is required of them. Acting schools and institutions are not preparing people with Technique and Craft, but we believe it is simply not enough to prepare the modern artist have long term success.

Within the world of Sport, people are in the best shape they’ve ever been in. They have endless avenues to get better at their craft. But the next frontier is their mind. People are working with Sports Psychologists and mindset coaches to create a competitive edge.

Within the corporate world, people are edging towards burnout and are seeking success by doing more and working longer hours. We are losing ourselves in our quest to be successful.

Within the school system, kids are battling anxiety and depression at unprecedented rates. This is pervasive in each of these categories, actually. It seems to be a problem of this time in our history.

Social Media is getting us addicted to Dopamine hits (from likes and double taps) but we are sacrificing connection and important hormones like Oxytocin and the ability for us to connect face to face.

We are training multitasking instead of training our ability focus. Authentic confidence is being eroded by comparison and the questioning of what others might be thinking. And things are moving so fast we can’t get quite enough to hear.

We see trends towards training Mindfulness. We see people figuring out what is missing from their current models and support systems and searching for solutions with others on similar paths. 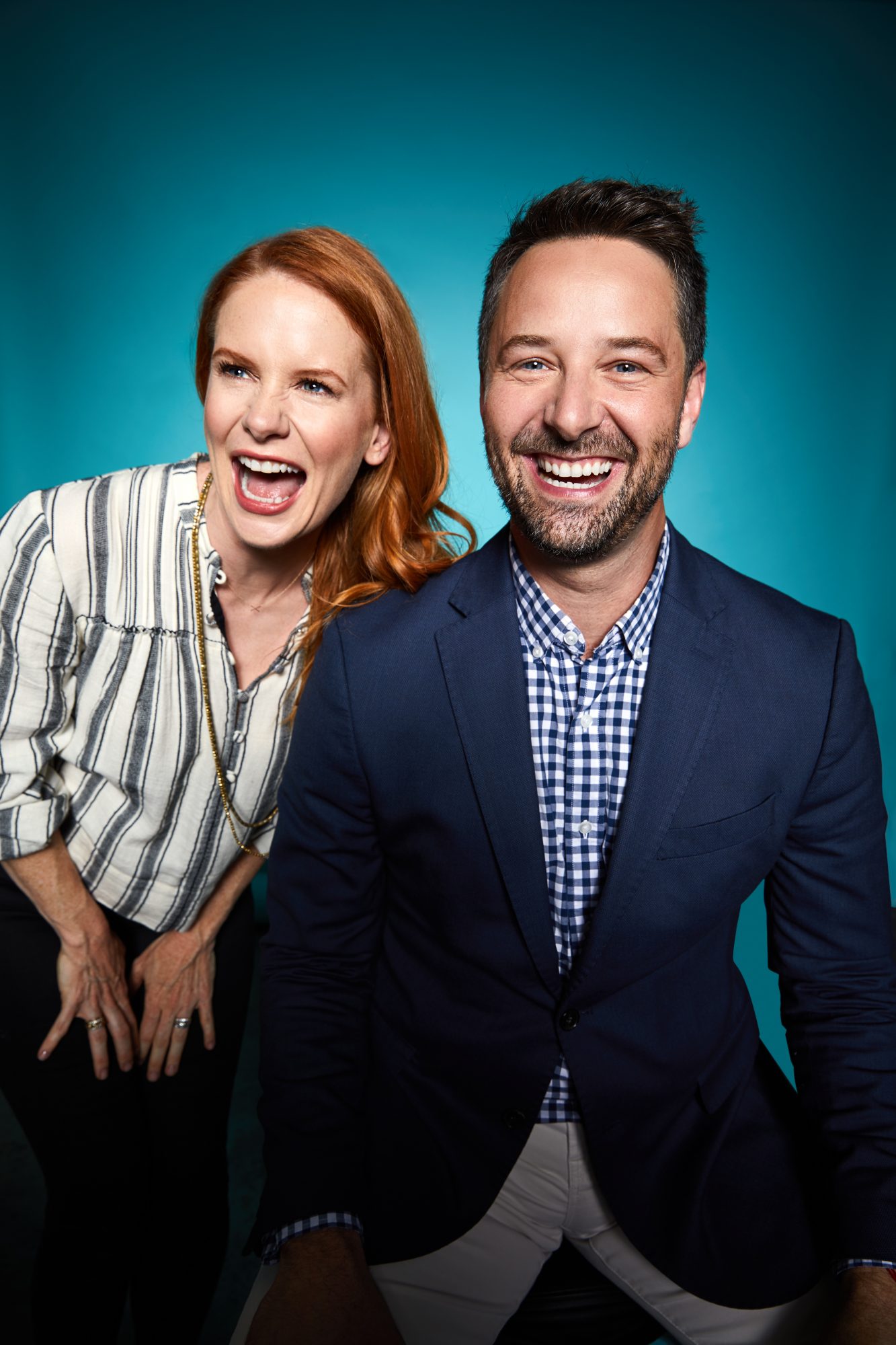 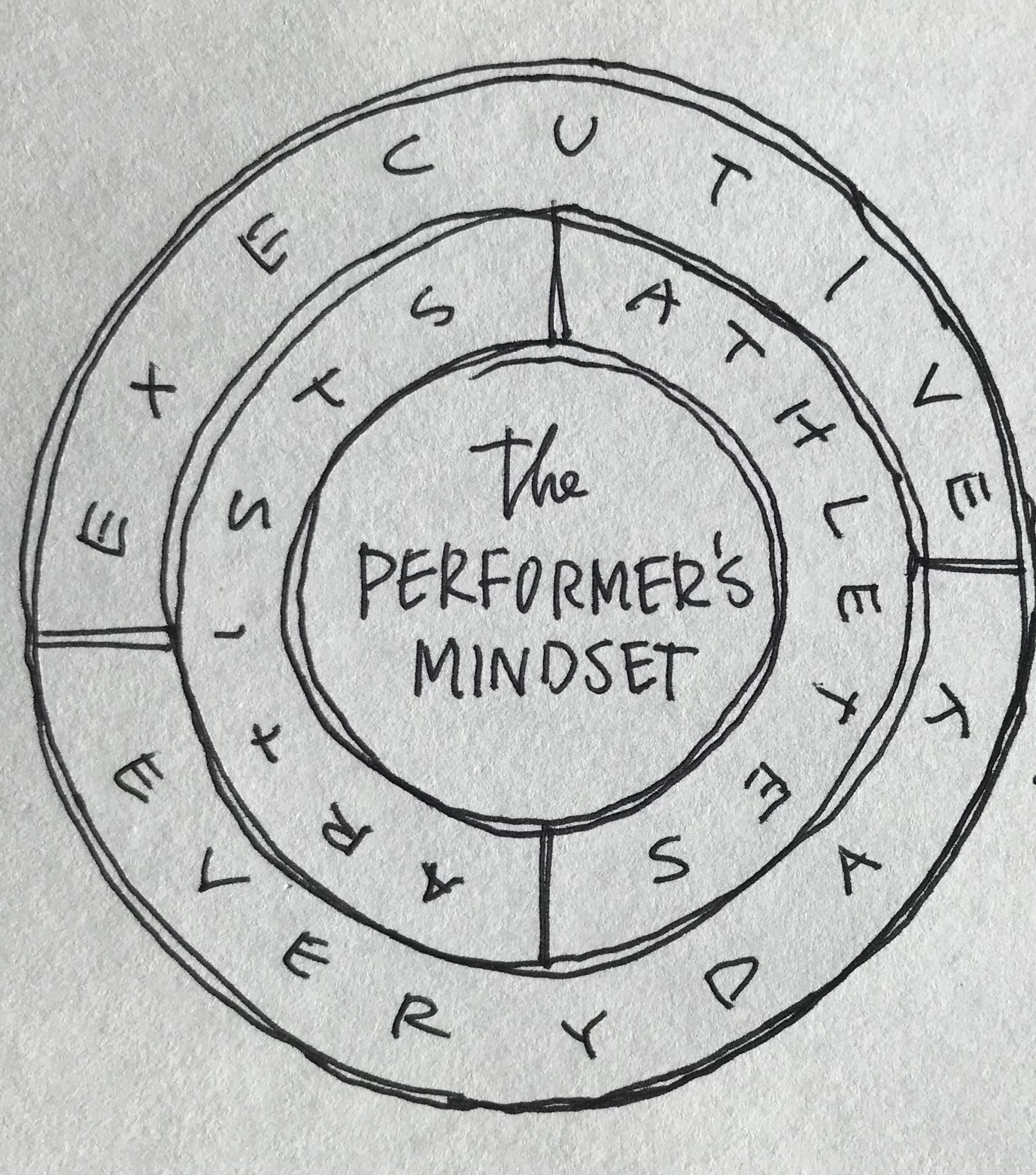 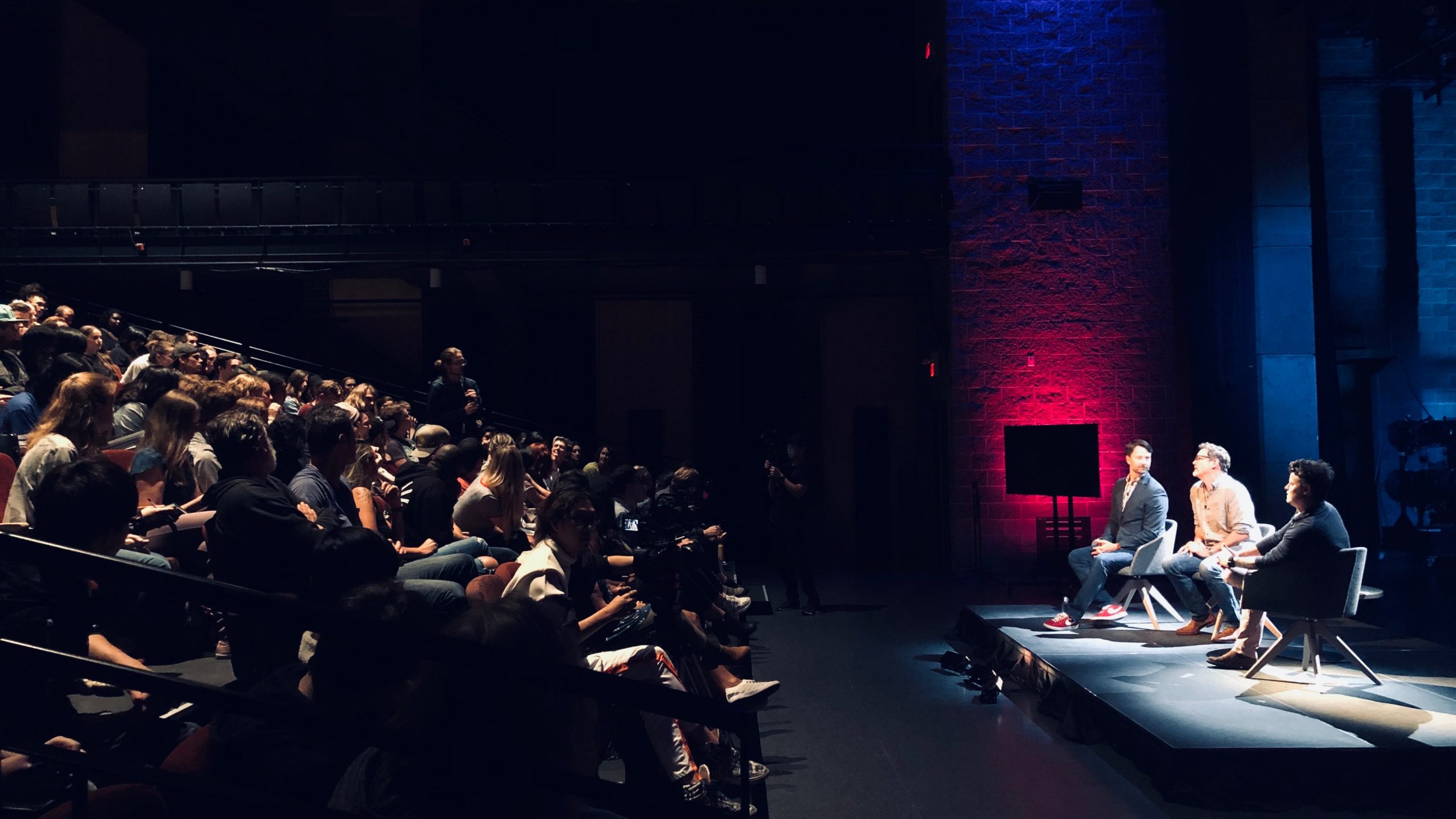 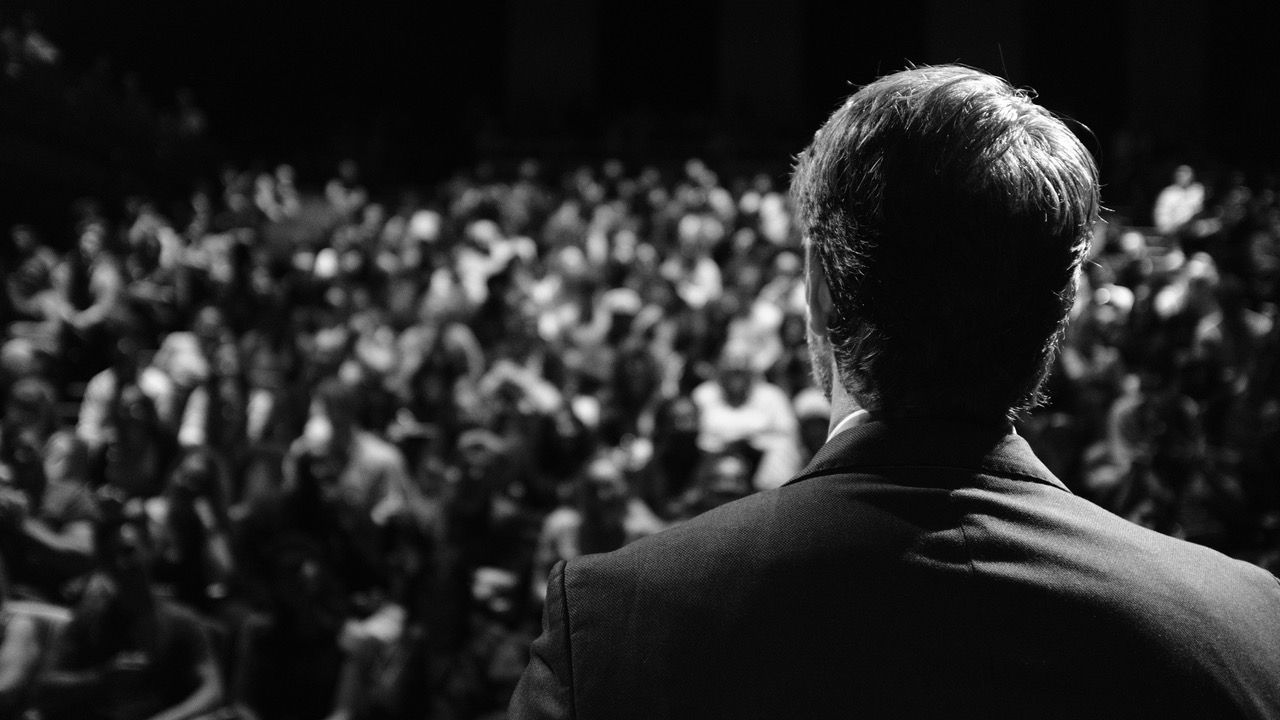 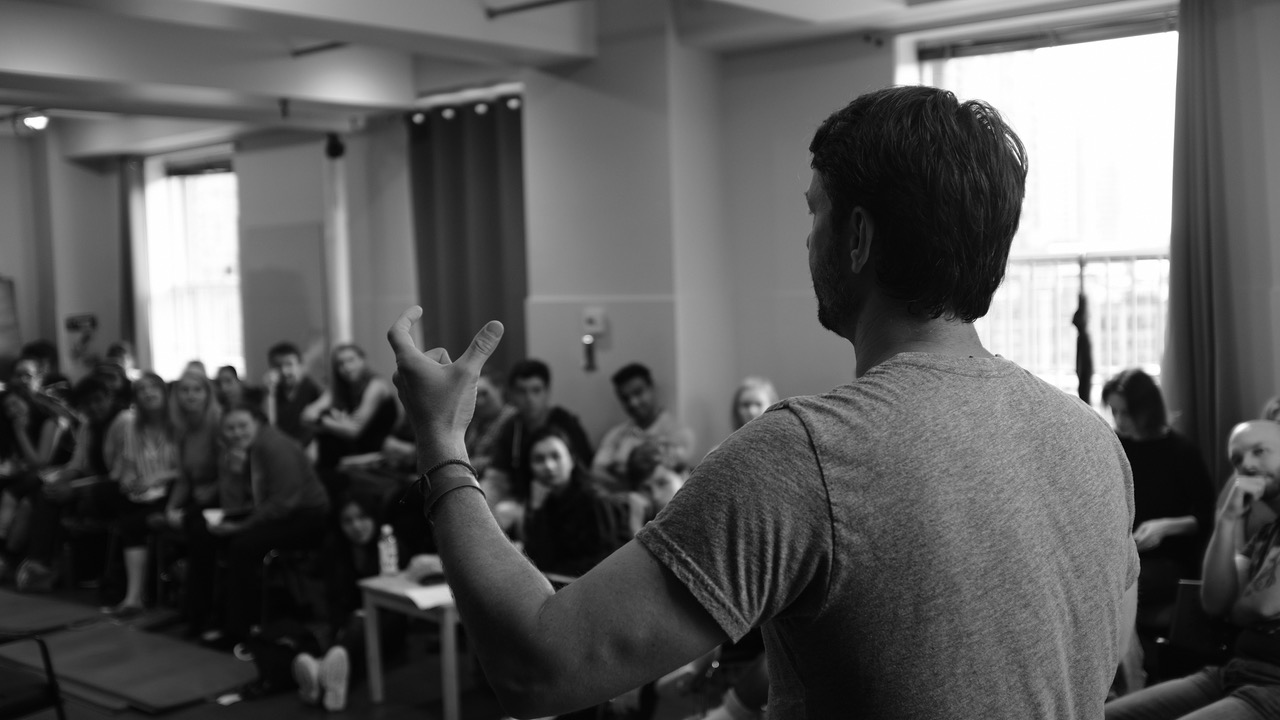 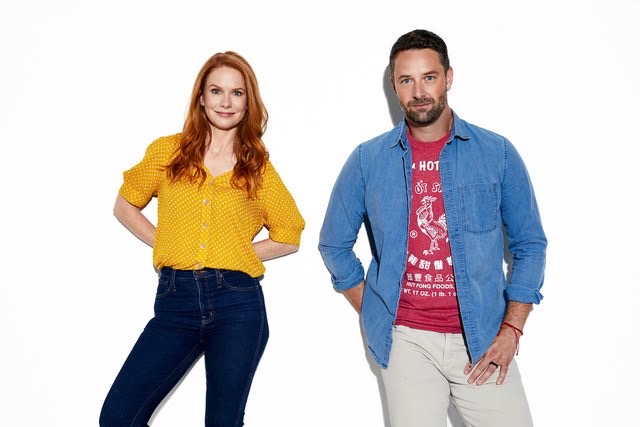