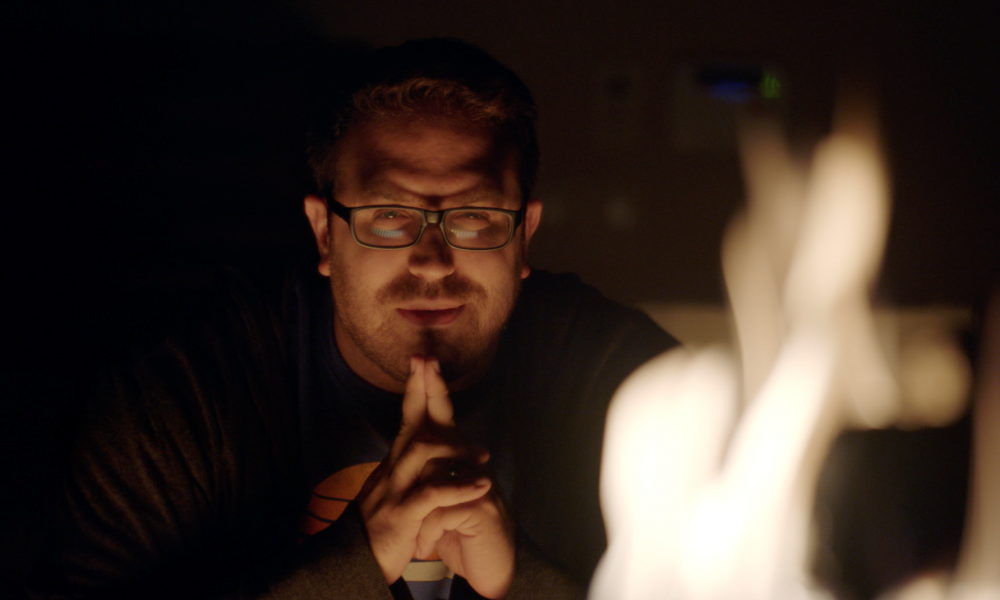 Today we’d like to introduce you to Joe Russo.

Joe, let’s start with your story. We’d love to hear how you got started and how the journey has been so far.
Growing up in Connecticut, I never thought I’d end up working in the movie business.

I mean, I love movies. My parents love movies. Some families bond over watching sports, we bonded over movies and television. It was what we did together as a family when I was growing up.

Connecticut is about as far away from Hollywood as you can get. I thought I’d marry my ex-girlfriend and work for her father’s import/export business — but that all changed when my parents moved to Arizona my first year of college.

Phoenix was a helluva lot closer to Los Angeles, so I transferred to Arizona State. It’s one of the biggest schools in the country — it had to have a film school, right?

So, I did the closest thing I could think of — I went into their journalism program. From there, I met the film club kids. They were in the process of petitioning to start a film school, so I got involved with that initiative, and we were successful. ASU has had a film program now for over ten years, and every year more and more students are making the jump to Los Angeles. It’s something I’m very proud of being apart of in the early stages.

At that time, Arizona still had a tax incentive, so I started working as a day-player in production. The Peter Berg movie The Kingdom was shooting in town. I got to work on it as an office assistant. I snuck out onto the set every chance I could — including the movie’s famed car crash sequence. Watching cars fall from the sky. Racing gatorades to stuntmen while fires literally blazed around me… it was incredible.

Once the tax incentive dried up in 2010, I knew I had to move to Los Angeles, but my wife had the “steady” job in Scottsdale. She told me that I could go out to Los Angeles during the week to try to find a job, but she wasn’t going to leave Arizona until I found steady employment. So, I started driving back-and-forth. Every weekend. It was a grind. In retrospect, I don’t know how I did it physically and mentally, but somehow I did.

I landed my first internship at a small production company called Level 1 Entertainment. While I was there I directed a short film. I got a meeting with the CEO. He watched my two post-college shorts and said “You’ve got the talent, but you don’t know anyone and you don’t know how the industry works. Come work for me and I’ll show you.”

And that’s how I got my first job in Los Angeles. And it’s one I stayed at for five years, working my way up from Executive Assistant to Creative Executive, and eventually Director of Development.

We only released one movie that we acquired while I was there, but the job was an incredible learning experience. We set projects up at major movie studios and networks. I worked with so many wonderful writers — both new and experienced — and I just soaked it up. I read every script I could get my hands on. I took everyone to lunch that I possibly could. It’s where I sold my first TV shows and movies as a junior producer.

After that, I went out on my own. I worked as a consultant helping to run development for Christina Aguilera’s company for two years via their deal with Lionsgate TV, which was a ton of fun. We produced a pilot for Spike TV while I was there. I got to go to some incredible parties and concerts. I helped on Hillary Clinton Fundraisers. But more-and-more I was getting pushed into my guilty pleasure, the genre I loved the most — horror.

My dad LOVED Halloween. We’d always decorate the house. He had all these scary monster masks saved from old costumes. My fascination with the macabre started there. Watching gateway horror with my parents like Abbott and Costello meet Frankenstein and Ghostbusters. Riding The Haunted Mansion at Disney World over-and-over. My love of all things horror grew from these experiences.

So, after lots of heart-breaking stops and starts where movies and television projects I developed *almost* got made, in retrospect, it’s no surprise that my first movie as a full-fledged producer, NIGHTMARE CINEMA, was a horror movie. The fact that it’s been so warmly embraced by critics and fans was just a cherry on top of an amazing opportunity and learning experience.

I also produce a critically-acclaimed horror podcast series, POST MORTEM, which has been sponsored by horror staples like Blumhouse and Fangoria. Over its three year run we’ve interviewed over sixty legends in the genre like Stephen King, John Carpenter, Roger Corman and more.

My writing partner and I also became the first screenwriters to make The BloodList three times and three years in a row. It’s “The BlackList for horror” honoring the best dark genre screenplays of the year as voted on by industry executives. It’s opened the door for some amazing creative opportunities moving forward outside of just producing, like directing my first feature, a thriller called THE AU PAIR, which I’m currently in post-production on.

Overall, has it been relatively smooth? If not, what were some of the struggles along the way?
Absolutely not, but I think that’s how you learn and get better. Even back to my days working as a production assistant, there was one low-budget horror film that was so hard to make, I credit it as the movie I learned how not to make movies on.

When you’re working in development, every new film or television project is like a new business. There’s new personalities to deal with. New egos. New politics. New drama. New heartache. There’s almost no way to look at what you did last time and expect it’ll work again on the next one when it’s an industry focused on creating such a subjective product. It may be a cliche, but it really is a miracle when a movie gets made.

The movie business is filled with creative types — sensitive souls that are passionate about their art — and each has to be handled in their own way — me included. It also seems to attract sociopaths who are in it for the glamor and the power. There’s a lot easier ways to make money than working in film and television, so it attracts a special kind of crazy. Passionate dreamers and slippery narcissists… it can be a pretty toxic combo.

I’ve had projects get blown up because of untrustworthy people. I’ve had movies stolen. I’ve had A-listers come in and suck up all the oxygen on a project I’d been spearheading for years. Nothing surprises me anymore. Even wins like Nightmare Cinema came with behind-the-scenes executive drama that fell on me to help manage.

We’d love to hear more about your work and what you are currently focused on. What else should we know?
I’m attached as a writer and producer to quite a few projects in development at studios and financiers around town. Every day is about trying to move them forward toward production. Since I’m an independent multi-hyphenate competing against much more powerful producers, writers and directors, I try to focus on the one thing I can control — quality. I’m very protective of that. It’s how I helped writers — including myself — land on The BlackList, Hit List, Young & Hungry List, BloodList… It’s how I’ve helped writers get representation or their first sales. When I call people and ask them to read a script, I’ve earned a pretty good reputation that you’re probably going to at least enjoy the read, if not want to get involved with the writer or project.

Any shoutouts? Who else deserves credit in this story – who has played a meaningful role?
My wife, Crystal, has been there for every up-and-down the entertainment industry has had to offer — and there’s been a lot of them. She’s my partner and my rock.

My parents have been unbelievably supportive. It helps that they love movies and television, so I think they really enjoy all the behind-the-scenes stories. My dad especially — since he spent his career negotiating with major corporations on a daily basis, he loves to hear about and help strategize on the deal-making front.

I’ve been very lucky that some incredibly smart and talented people have helped me along the course of my career — from my reps, to other creatives, executives and successful business people… There’s too many to list here, but these are three that stand-out:

One of the first to make a big impact was Chris LaMont, who was the youngest teacher in the ASU film program when I met him and the founder of the Phoenix Film Festival. He ripped my first student film to shreds. That’s how I knew he would be honest with me creatively, and it’s how our friendship grew into a writing partnership that’s lasted a decade.

The next was my former boss, Bill Todman, Jr. During my five years at Level 1, I learned so much from him about how the industry works — both politically and creatively. I learned from the successes and the mistakes. There’s no doubt he helped shape me into the producer and an industry professional I am today.

Since Level 1, I’ve been so fortunate to work with so many amazing creatives that have been excited and encouraging about my steps into writing and directing, but no one more so than Mick Garris. Between Nightmare Cinema and the Post Mortem podcast, I’ve had the great privilege of picking Mick’s brain for his thirty-plus years of experience making movies and TV series from Hocus Pocus to Stephen King’s The Stand, and so much more. More than anything, I love Mick’s supportive and nurturing approach to working with other creatives. It’s really changed how I develop and work with other writers and directors. 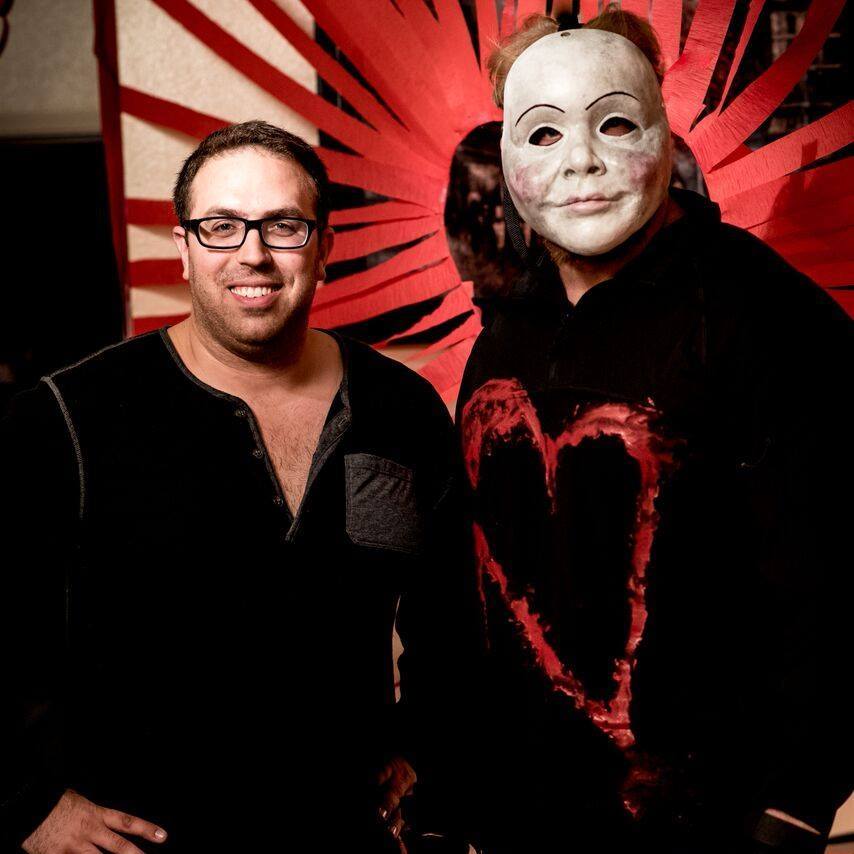 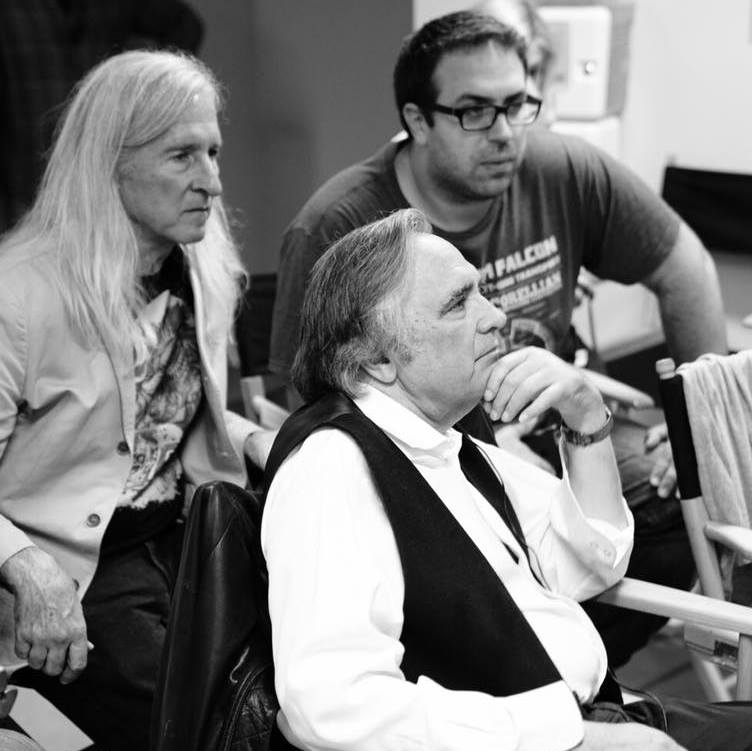 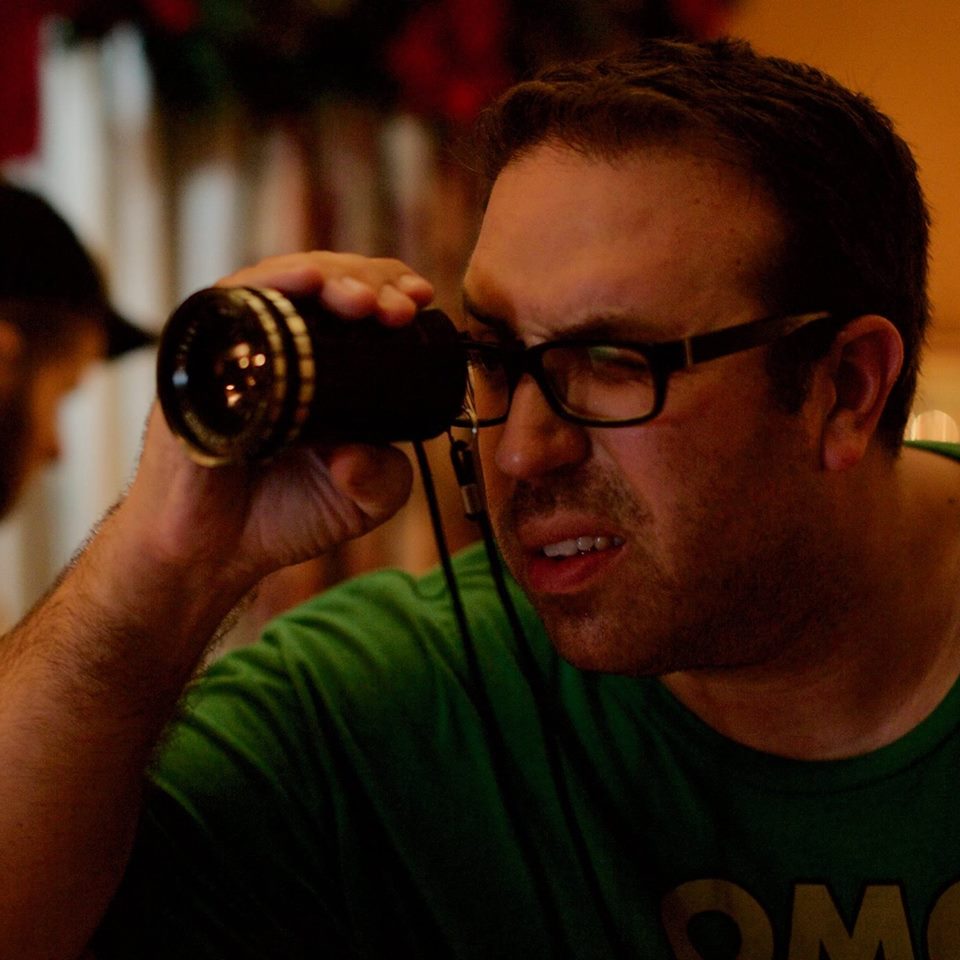