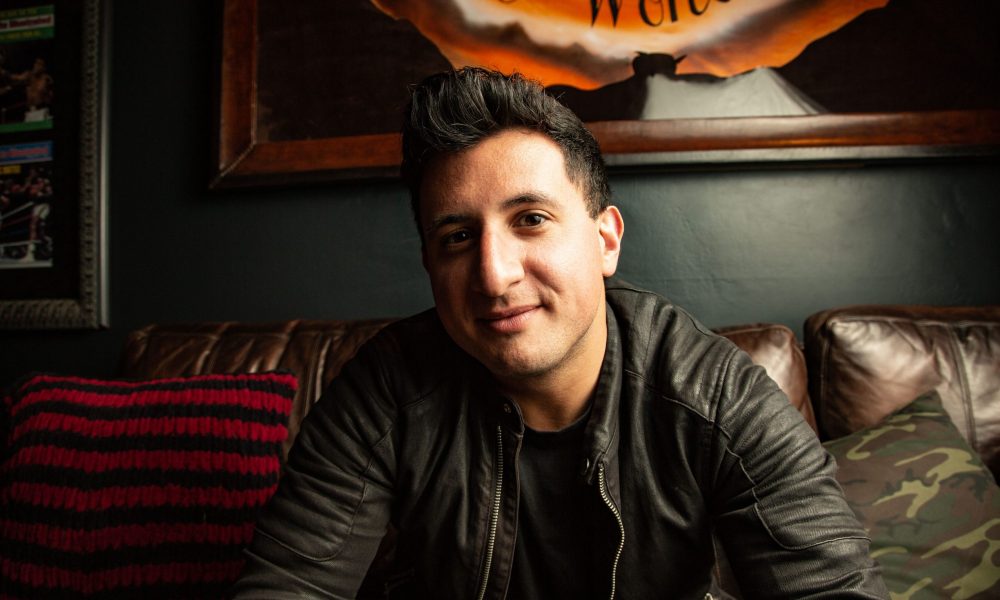 Today we’d like to introduce you to Joe Marquez.

Joe, please share your story with us. How did you get to where you are today?
Music became an inescapable part of my life when I studied piano with Peter Yazbeck. Up to that point, my passion for music stemmed from my dad (a songwriter and guitarist), my grandfather (an aficionado of big-band jazz) and my mom (had an ear that would bludgeon me when my technique was sloppy from practicing too fast). It also came from exploring jazz on saxophone and piano while in my high school band. However, Peter Yazbeck brought my piano technique to a level where I felt like I could play and learn anything. This culminated in playing Rachmaninov’s Piano Concerto No. 2 before leaving home for college and gave me the confidence to start making music of my own.

College was a whirlwind of exploration and doubt. I was lucky enough to get lessons at the school of music with Elizabeth Parisot who was a phenomenal teacher but juggling premed, psychology, and music prevented me from committing my focus to a specific path. The best thing that came out of it was taking the time to learn composition; I would be in the music notation lab for hours writing orchestral ideas because it was where I discovered that not only could you write sheet music on the computer, but it could be played back to you! Listening to my own music being played back to me was at first unsettling (since you can hear how bad your first ideas are) but over time my orchestral music got to a point where I was pretty proud of it.

College ended and I decided to go back to California since I didn’t want to rush into an internship or job that I wasn’t 100% pumped up about and I still wasn’t sure what I wanted to do. During my first year back, a friend of mine who I met while in high school had passed away at 97. While we only met a handful of times—the first being at her house with my studio art class painting landscapes from her hilltop residence in Malibu—we had a great connection since our favorite composer was Rachmaninov (she actually got to see him perform which to this day I’m deeply envious of) and she was able to watch me play his music before leaving for college. I mention her because after she passed I inherited her Chickering concert grand piano and it was at that moment when I felt like she was dropping a piano on my head to convince me that I should commit to making a career out of music.

After this realization, I decided to focus on music production since that seemed like the most marketable skill. I was lucky to meet Nilo Juaneza early on in my career who bought some expensive equipment I was able to use when learning the basics of producing music. I’m also grateful to have worked with Alexandra Fresquez since working with her gave me a foundation in collaborating with another artist. As excited as I was to make music that showed him some of my potentials, my music still kind of sucked as it does when you first start out. For about two years I was frustrated because in my mind I couldn’t fathom how symphonic music came pretty easily to me but making a three-minute pop song that sounded nearly as good as anything out took a mountain of effort.

That’s how things always start though, I knew that making music was in me and after that two-year mark my music wasn’t as bad and only got better. Several artists and songs later I was introduced to Cory Rooney, a seasoned vet in the music industry, who not only invested his time and knowledge into me but gave me the confidence and affirmation to know that I was on the right track and that there was no turning back. Now I write, compose, produce, and engineer for artists in LA and abroad knowing that even in an impacted industry, my grab bag of musical knowledge, performance, composition is what helps me stand out.

Has it been a smooth road?
Coming from a supportive family, I can’t say that I have had any serious struggles. Even though I don’t come from a wealthy family, their support and encouragement have given me the energy to persist through any financial and mental hardships that come with tackling the music industry. Sure I’ve had to take odd jobs to pay bills, as anyone in entertainment has had to, but it’s been by my choice and I celebrate the fact that I’ve been able to survive on gigs instead of killing my flexibility with a full-time job.

I’d say that the toughest challenges that I’ve faced is partnering with the right people and valuing what my time is worth.

Regarding finding the right people to work with I was happy to collaborate with anyone and serve whichever role I needed to in the beginning of my career. The biggest thing for me was finding transparent people who truly had everyone’s best interests involved for whatever the project was. Luckily I have found that with the artists and talent I work with now, notably Hailey Johnson (Hailey J, Jay II), Eya, Diana Inez and Jean-Marc Tardieu (Me an Di), Anthony Dooley (AnDel) Brandon Behymer, and Eric Erickson. From working with other artists I feel that sometimes that there is pressure to put up with toxic egos and hide knowledge from people to salvage any advantage we might have. One pivotal moment in my career was meeting Cory Rooney. He came at a time when I was taking my career more seriously and was trying to pursue projects with people who were more accomplished but would ultimately get ignored (read: ghosted) and the majority of them definitely didn’t give off humble vibes. Cory was not only the most accomplished producer I met at the time, but he reached out to me and since then has invested in my talent and has been a mentor of mine who I greatly appreciate. Most of all though, he showed me that you don’t have to be a secret-hiding egotistic jerk to make it in the music industry. This affirmed that my genuine need to help, teach, and share is something that I should hold firmly to in order to be truly successful.

Luckily I’ve developed a skillset where I can wear several hats and while I’m grateful that I have the knowledge and ability to finish pretty much any project I start, that has definitely led me into situations where I would get taken advantage of. I take full responsibility for that though and from developing several partnerships and working on various projects with different artists, I’ve learned how to communicate exactly what I want out of the project (i.e. credits, fair splits, comp, etc.) and subsequently the projects and relationships I gained improved dramatically.

Can you give our readers some background on your music?
Jay Phoenix Music is a one-stop-shop for anyone in need of ANY kind of music. Having a background as a concert pianist and composer, I’m able to weave in and out of different genres and styles to produce music for a wide variety of needs. From being a composer, music producer, and sound engineer, I work with different clients to not only help them realize the musical vision they want for their project but create audio that is clean and ready-to-use for their production, whether the client be a film director, artist, or media creator.

This is also my specialty, I don’t just “make beats,” serendipitously click and drag Splice loops to create a song or borrow MIDI chord progressions from online libraries. I use my extensive knowledge of music theory and composition to meticulously capture what my client is looking for. This is also what I’m proud of and I would say what I’m most known for; I don’t need to guess what my client wants because from gathering reference tracks as well as understanding the tracks’ music and sound composition, I can give them the piece of art they’re looking for to a reasonable fidelity. I think that being a concert pianist and orchestrator sets me apart from most music producers while being a music producer sets me apart from most composers and concert pianists.

How do you think the industry will change over the next decade?
With music production technology and services making it easy for anyone to jump in and make their musical contribution, the pool of available music is going to be enormous which is both great and overwhelming for music listeners. Fusions of different genres are already popular, everyone is pulling all the stops to borrow from every possible genre to stick out from the crowd. Already you’re seeing people sampling across the decades and mashing it up with the popular sounds of today (trap, house, etc.). This is going to make the “experience” of listening to music become increasingly important for artists to consider.

What experience can they bring to their listeners that their competition can’t? We’ll have to go beyond music to capture the attention of viewers whether it be through new technology like VR or by refining how we target potential fans through bite-sized content on budding platforms like Tik Tok. Other than that, I think it’s going to be increasingly important to understand music theory to really push the musical boundaries of pop. Sampling can definitely elevate music, but a handmade composition is a tool that I think will be able to help artists and producers make their mark more clearly and strategically. 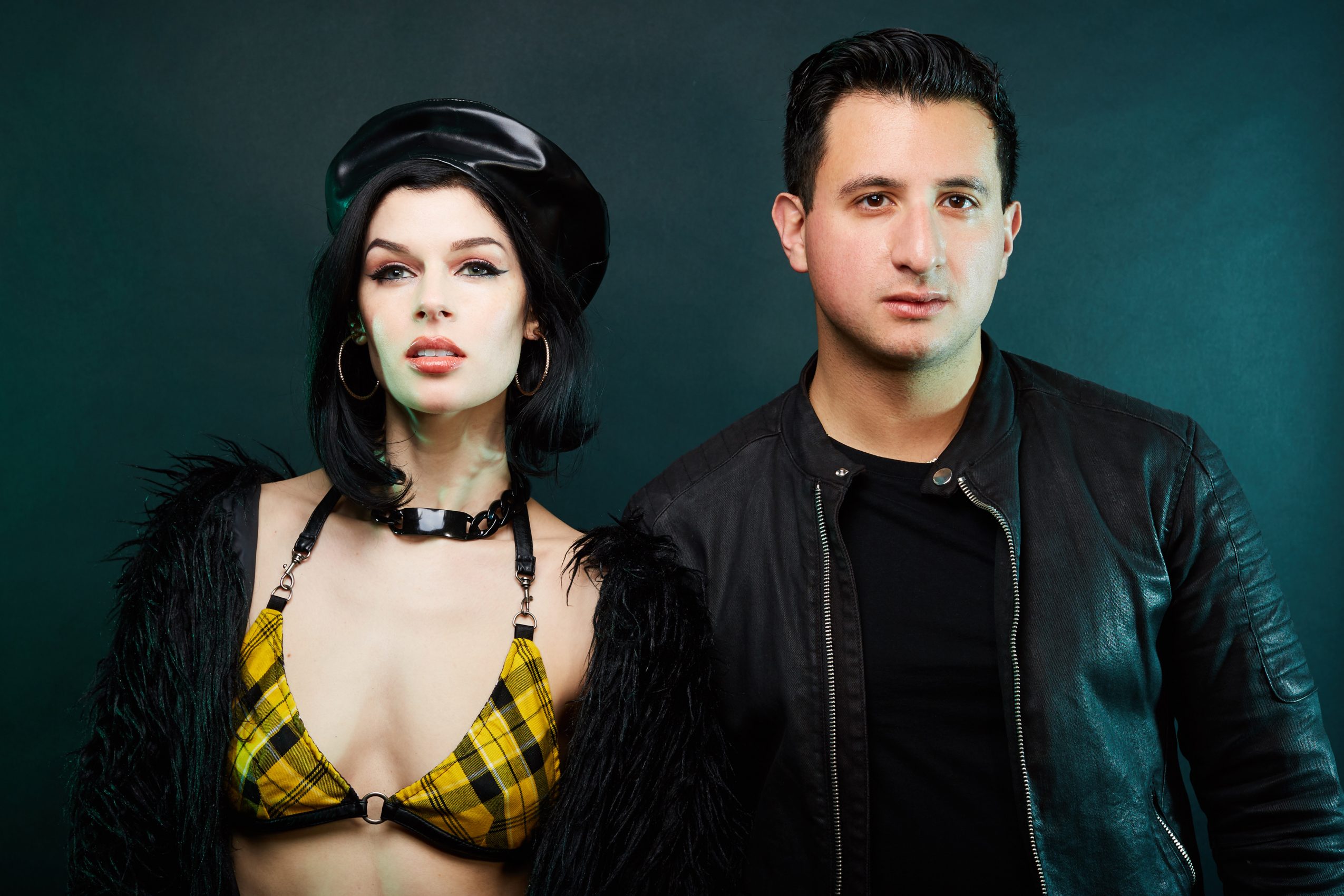 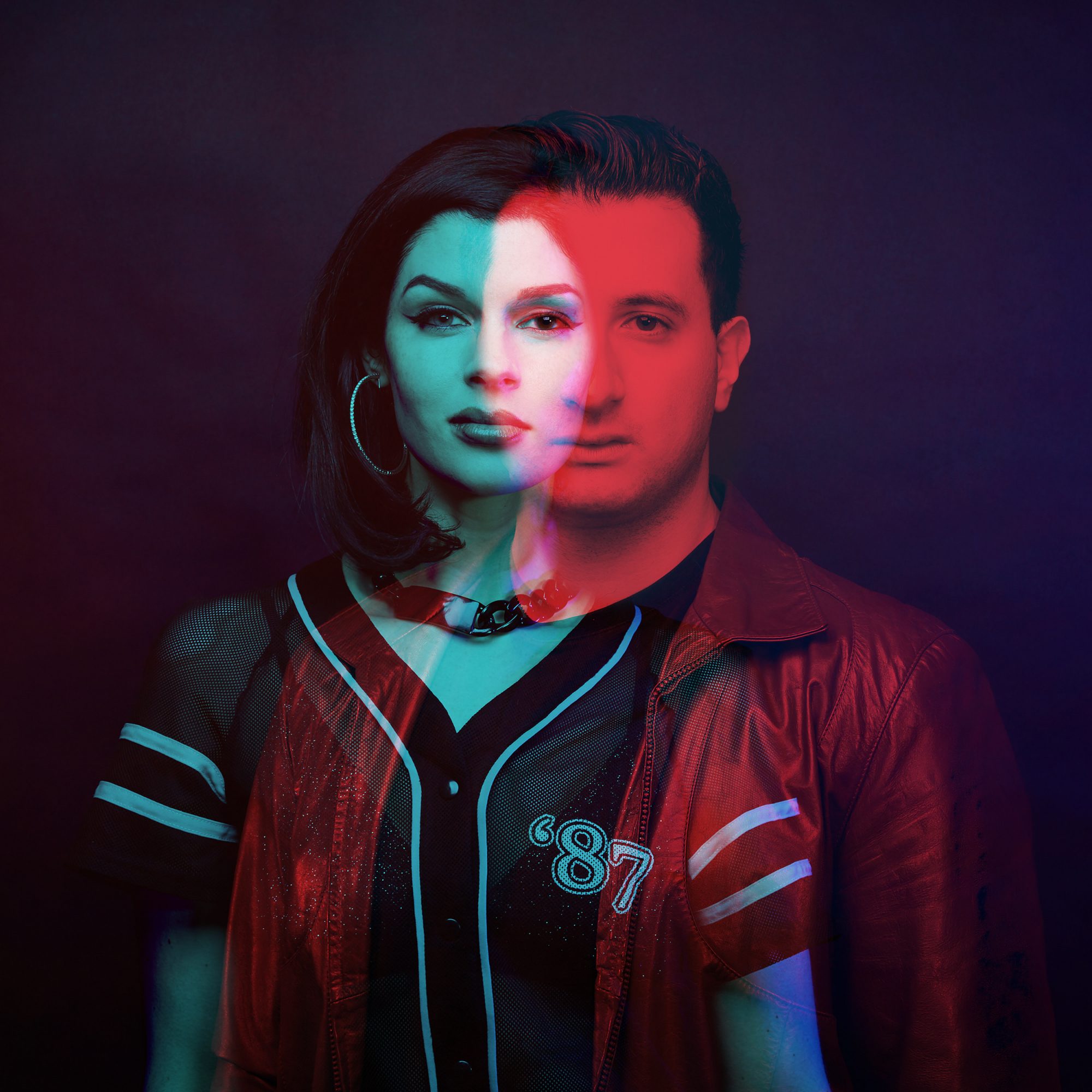 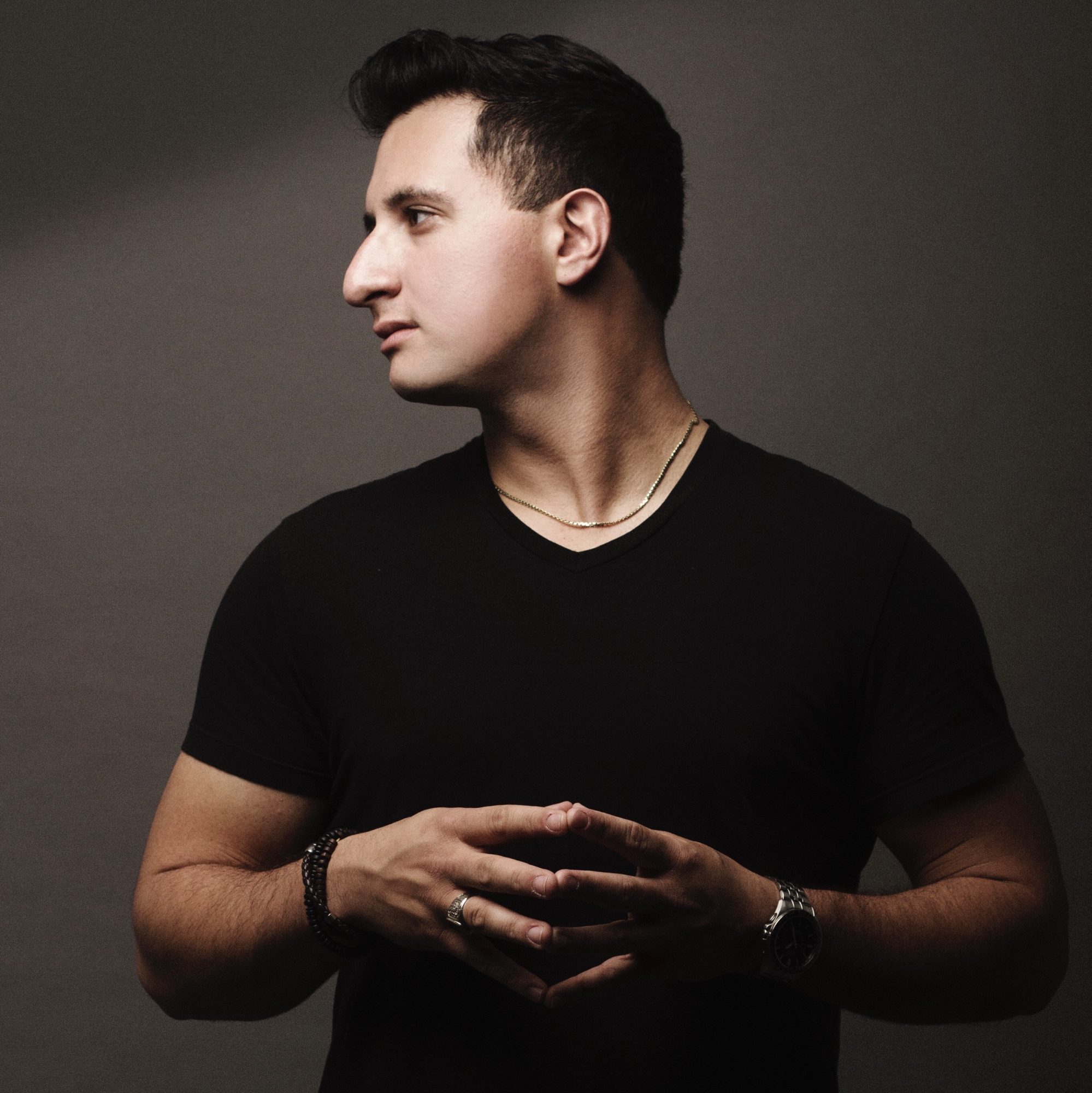 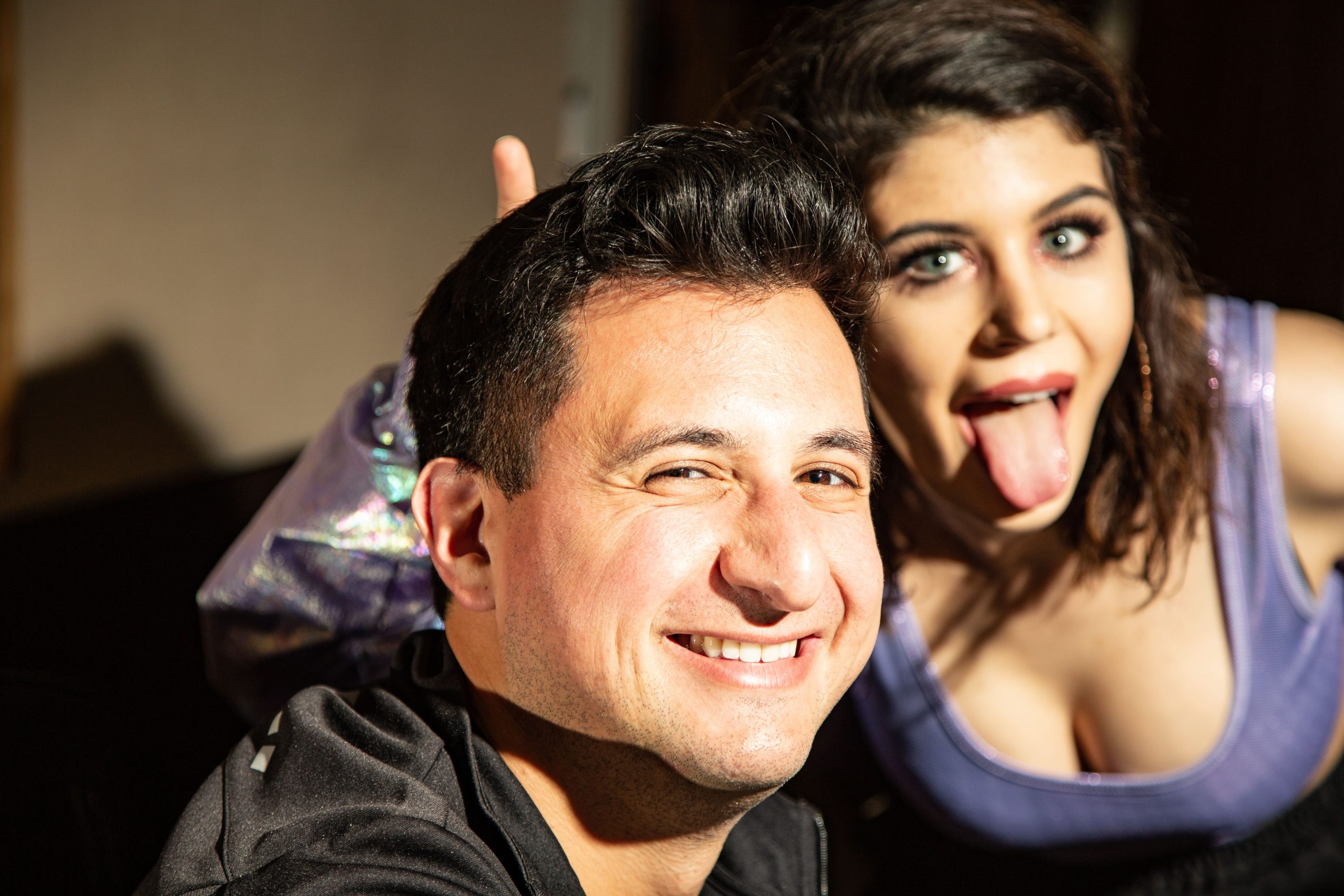