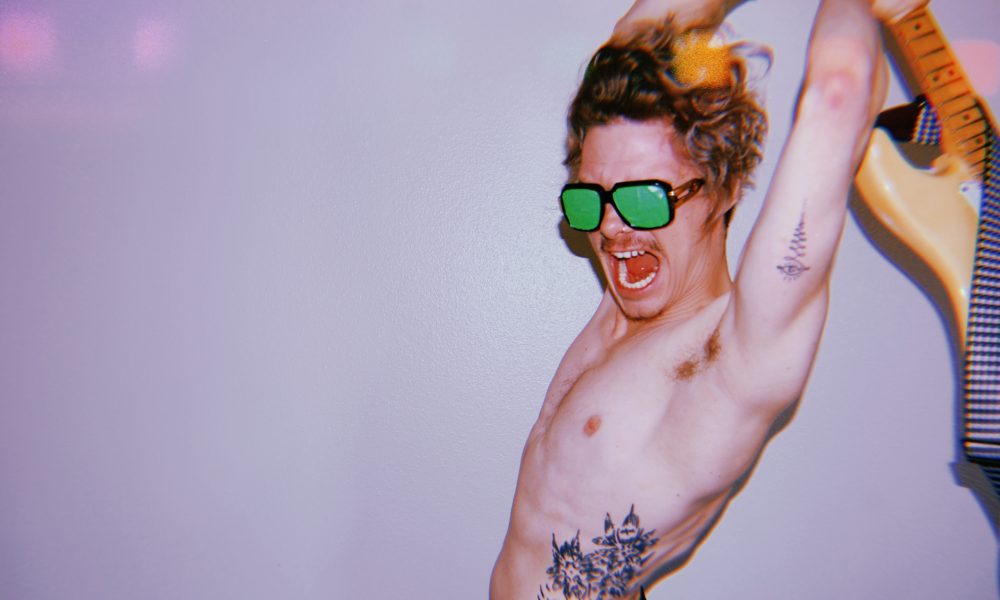 Today we’d like to introduce you to Joe Bissell also known as Zee Machine.

Joe, let’s start with your story. We’d love to hear how you got started and how the journey has been so far.
I was lucky enough to be born to incredibly accepting and liberal parents in Milwaukee, WI who provided a very unique and exciting childhood for me. Though I spent my earliest years in the Midwest, from the time I was nine till I was 18, I lived in Beijing. Not the most conventional middle/high school experience for a Midwestern white kid but the international school I attended while there sparked and fostered my love of playing music in a way that I don’t think I would have encountered anywhere else in the world. I played guitar and sang in rock bands all throughout high school and, after spending a year at the University of Denver on a guitar scholarship, was eventually accepted into Berklee College of Music in Boston as a vocal performance major.

My whole life blossomed from there in ways I couldn’t have imagined. I immersed myself in opportunities to perform and create music that helped me embrace both my queer identity and bravery as an artist. From weekly gigs as the frontman of my band at the local gay club to studio vocal sessions for hire to parts in traveling musical productions in Provincetown, I was laying the glittery groundwork for who the hell I always wanted to be.

Post-college life included time in New York City in San Francisco, where I encountered a lot of harsh realities of being a struggling independent artist and a young queer person. Life happens on life’s own terms and I struggled a lot with depression and substance abuse over the next few years. I very set back from the unstoppable roll I felt I had been on, but I’m blessed to have found the tenacity to put my life back together and eventually get my ass to Los Angeles which is where I knew I had to be if I wanted to continue to take my music seriously. In the two short years since moving here, I feel like a completely different person and a much more refined, focused, and creative artist than I have ever been. It’s a wonderful feeling to actually be excited about the path you’re on and what you’ll do next.

Overall, has it been relatively smooth? If not, what were some of the struggles along the way?
Much like the notoriously inconsistent hair follicles on my face, some parts have been smoother than others. I don’t want to be too much of a drama queen about it *flips hair* but those first few years in NYC and San Francisco after college were quite dark. Suicidal bouts of depression, excessive binge drinking, and a spiral into daily meth use for a year forced me to completely rebuild my life because however, I was living before it wasn’t working. Addiction is such a scary and insidious thing because it’s always going to be there in the back of your mind even if it’s laying dormant and, in my case, will require lifelong spiritual maintenance. But honestly, in a messed up way, I’m grateful for it. Recovery from that point in my life made me examine and evaluate so many other aspects of my life that I didn’t even know were a problem and I’m still learning and growing from it.

Can you give our readers some background on your music?
I go by ZEE MACHINE in my professional music career. It’s a reference and an homage to my old band from college (We were called “ZHE”) and the gay club we used to perform at (Boston’s Machine nightclub). I feel as though that experience performing there consistently for three years laid the groundwork for the kind of artist and performer I wanted to be and really gave me the guts to be unabashedly myself in the music I create.

My band was primarily did cover songs, so when I started making my own music I honed in on what I had to say and what made me stand out – I’m a Berklee-educated, guitar shredding, internationally raised, drug-recovered queer with too many opinions who could belt and write a dynamite hook so I made it my business to be that to the fullest extent. Someone that awkward 10-year-old me would look at and think was the coolest thing. I always had a hard time giving myself credit where credit was due (or processing any positive sentiments towards myself) but I was pretty proud to have gone from the brink of dereliction to being fully employed with benefits and a credit score of 800 with my debut EP debuting at #25 on the iTunes pop charts in less than two years.

Any shoutouts? Who else deserves credit in this story – who has played a meaningful role?
Looking back, I’m incredibly fortunate to have been born into a family that never made me feel as though I could be anything less than myself. And thank god for that, seeing as they ended up having two queer kids. It was that kind of nurturing environment that makes me want my music to be a celebration of queerness rather than recounting my struggles with it. I was also blessed to have had such ardent support from my middle and high school music teacher who fostered and encouraged my earliest interest in playing music and allowed my band to stay after school to practice and helped every step of the way in filming my college audition tapes. Then there’s everyone I’ve ever been in a band with, anyone I’ve ever written a song with, anyone who ever was there for me and showed me love when I couldn’t feel it myself… I’m afraid to try to name names lest I leave anyone out, this isn’t a Grammy speech just yet. 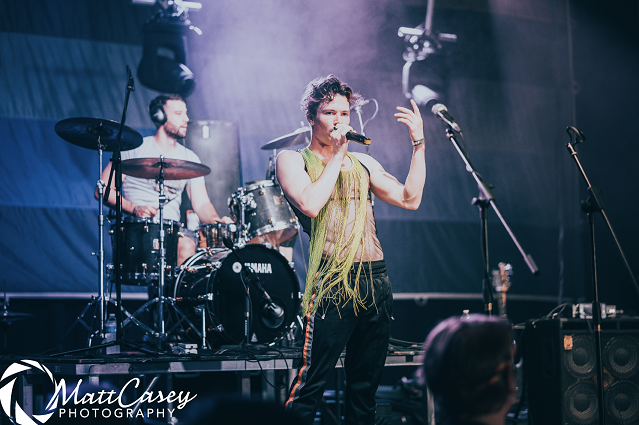 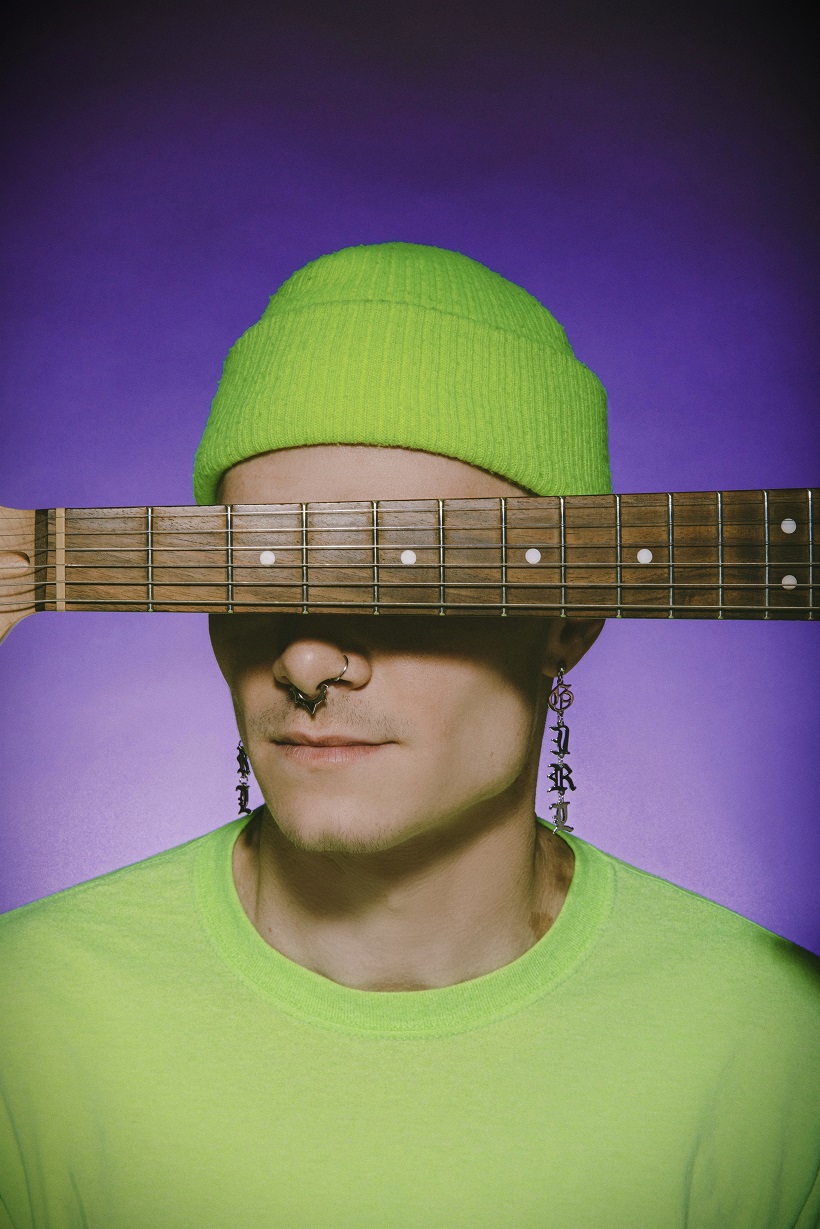 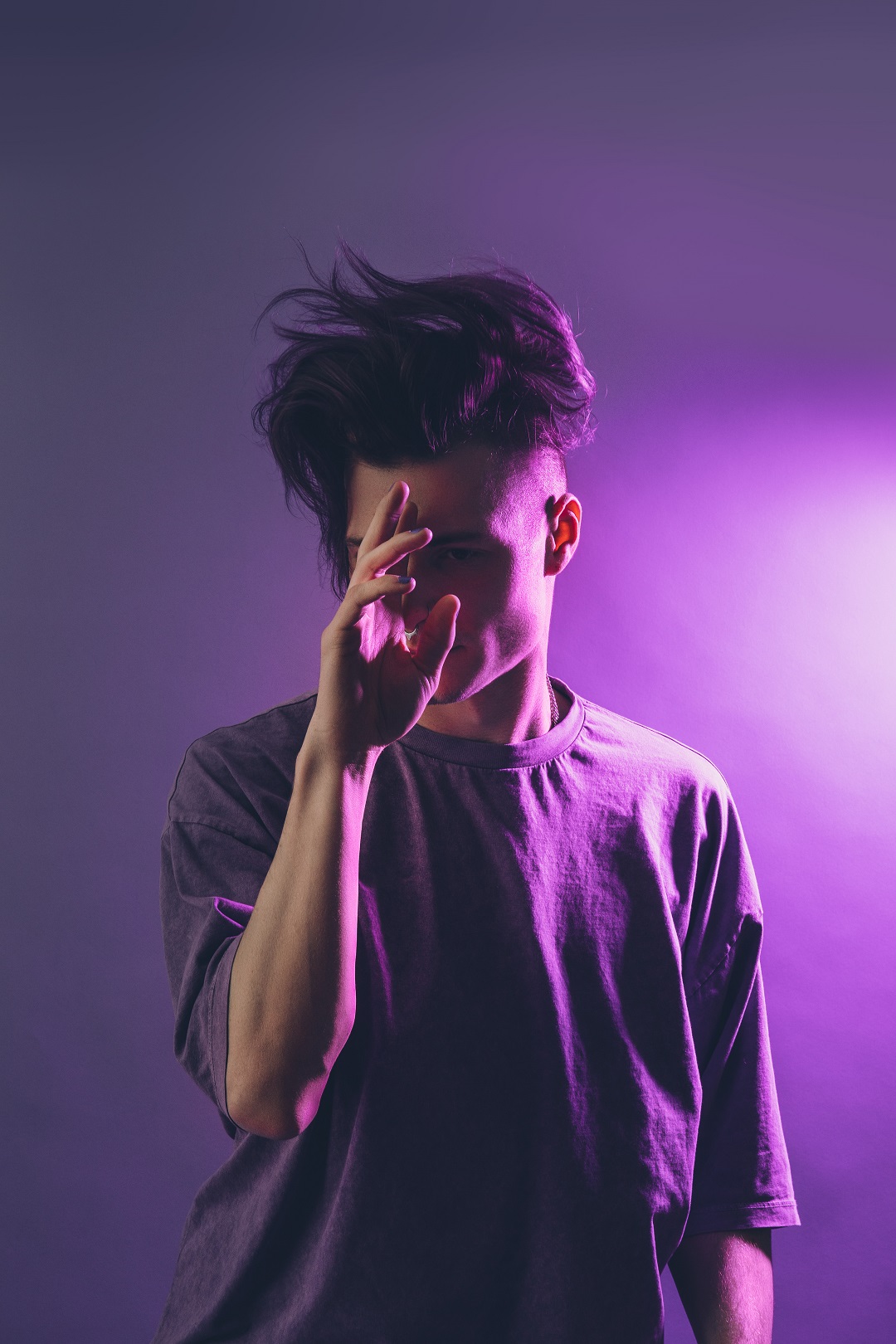 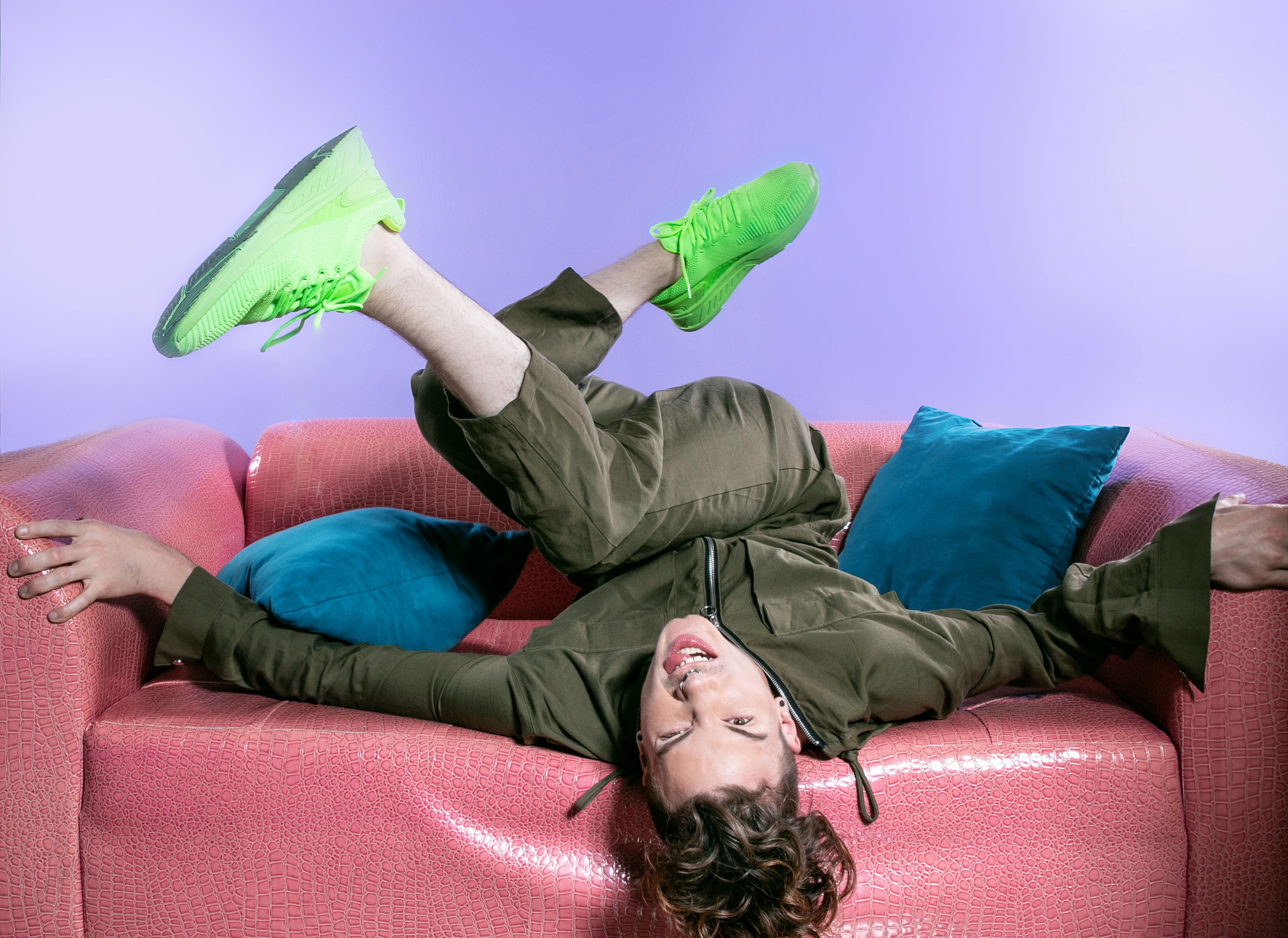 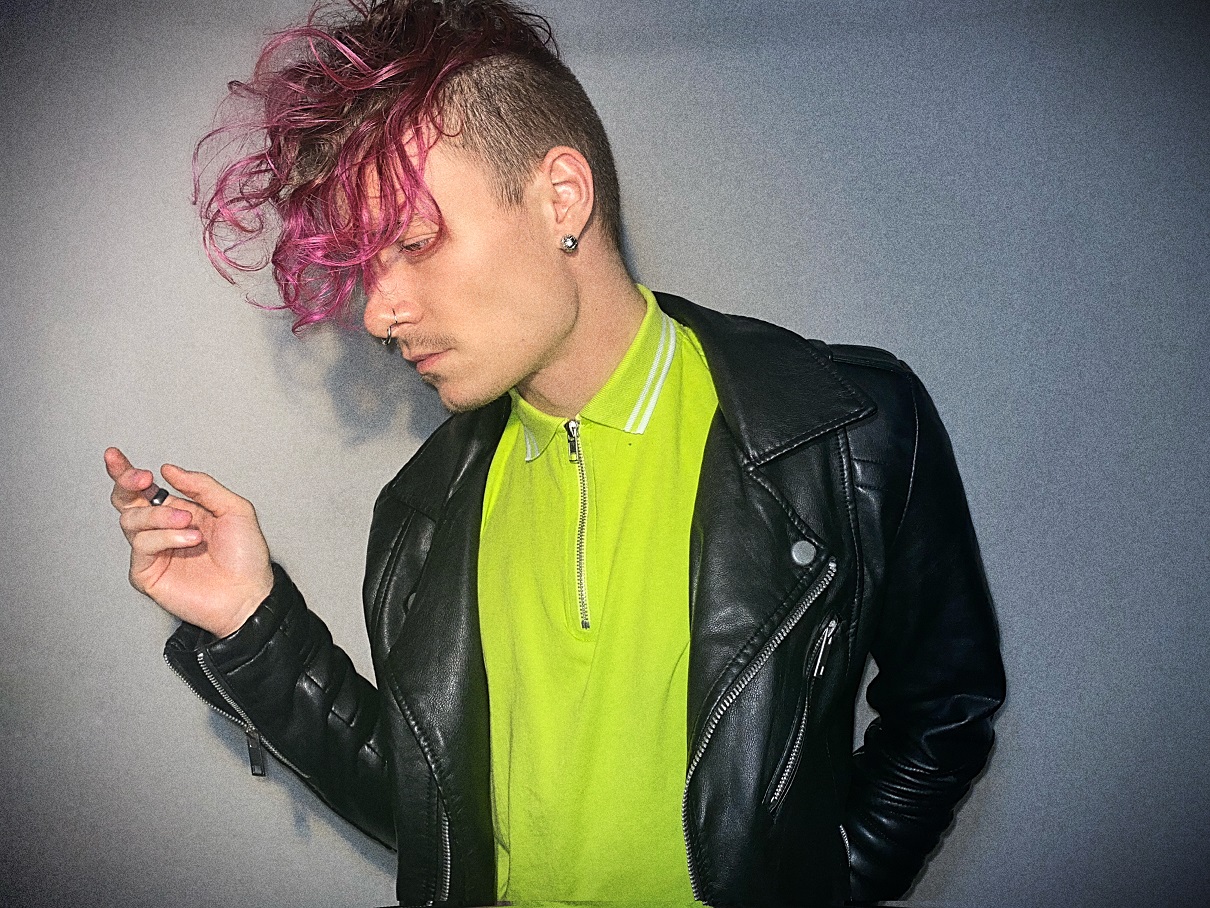 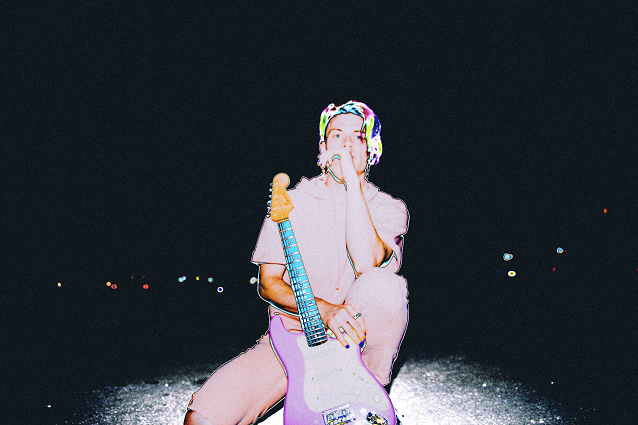