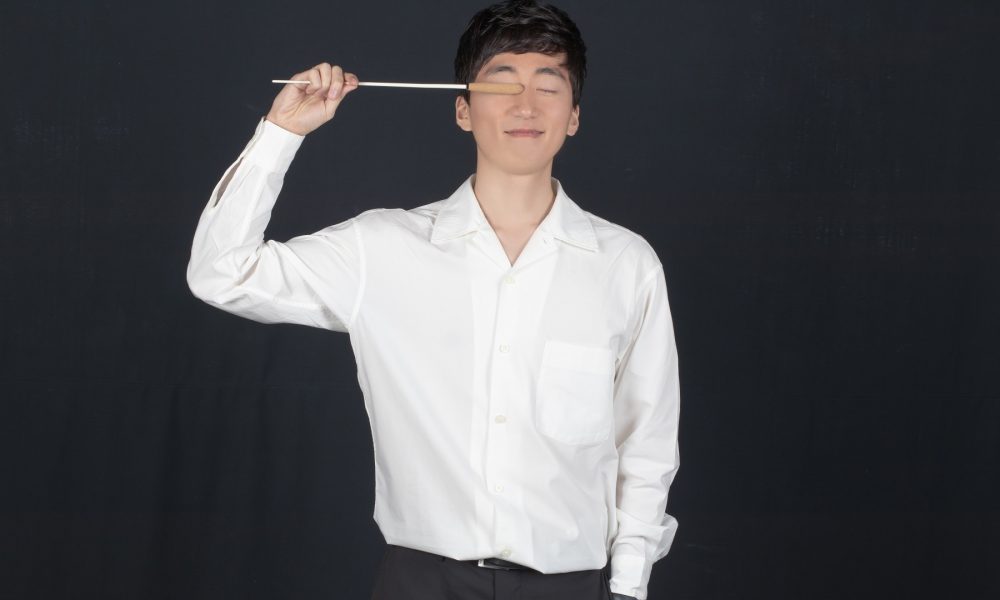 Today we’d like to introduce you to Jiwon Jeon.

So, before we jump into specific questions, why don’t you give us some details about you and your story.
I’m a composer deeply trying to compose music that portrays details of the story. I was born and raised in Daegu, South Korea. My father is an architect so he was always into many different form of arts. I was fortunate to experience many different forms of art since I was young. I always liked arts, music, and film, but never thought considered it as my career until I became 20 years old.

I actually wanted to become a social activist and join UNICEF to work for others. One day, when I was doing a volunteer work for various places, I saw musicians playing music for others. They didn’t do it for money and it was purely a talent donation concert. I cannot forget the emotional faces from audiences. Happy tunes brought smiles to their faces, and the sad tunes grieved together with them. At that moment, I was fascinated by the power of music. I realized that music is the true vessel that delivers emotion to others.

I always loved the creative process and that led to me, naturally, to become a composer. I liked to share stories and emotions through music with others. Not only with the audiences, but also with fellow artists. If you look at my works, I try to collaborate with other art forms as much as possible. That is why I mainly work as a film composer. Film is an art form that contains a variety of different creative talents. I love the vibe and energy that springs from this huge collaboration. Additionally, I work with choreographers, painters, motion graphic designers, and more.

I went to Berklee College of Music to expand my musical vocabulary; I learned and experienced so much from it. I majored in film scoring and contemporary writing & production as a dual major and also minored in Musical Theatre Writing. I developed my composition and orchestration skills for both classical and contemporary music.
I was very fortunate to learn from great professors like Richard Davis, Joe Carrier, Bill Elliott, Claudio Ragazzi, and more. Also, my fellow Berklee colleagues always show big support when I’m doing music.

After graduating in 2018, I moved to Los Angeles. Recently, I’m building my own career in the music scene based in LA. I consistently work in the film music industry, and am also a member of the K-pop composer duo ‘Yellow Lights’. I have been involved in several projects. For the project titled Eva, directed by Roy Huang, a film about environmental issues, which was awarded as the ‘Top-Short’ for best sci-fi, I had the honor of composing the music. In addition, I participated in the making of Don’t frack with Denton, directed by Garrett Graham, award Winner 2018 Colorado International Activism Film Festival (Best Music & Sound), a documentary about fracking in Denton, Texas that addresses important and urgent environmental, political, and humanitarian messages and brings them to the general public’s attention.

I believe in the power of music, I believe that ‘music’ is one of the greatest and most effective ways to communicate with other people regardless of age and race. Every time someone tells me that my music has moved them, I am humbled by the fact that my music encompasses the power to move and shape one’s thoughts. My passion for music is much greater than one can imagine.

Overall, has it been relatively smooth? If not, what were some of the struggles along the way?
If it was just a smooth road, I might not be a person I am now. I like obstacles and challenges, so I don’t take it as a ‘problem’. Instead, I think of it as something that I have to overcome to become a better composer and human being.

When I first started to make music, my family wasn’t very supportive. I had to prove my passion to them. But it wasn’t that I had to make enough money through my music in a certain time period. Instead, they wanted to see that my passion for music was not just a temporary, adolescent phase. Long story short, my family now supports my music career completely, and I guess I proved myself to them. Whoever listens to my music and supports my music in their own way truly becomes a big inspiration to keep me composing music.

Another challenge for me is language. I’m a Korean but lived in the US for about ten years now. I have no problem communicating in English, but I’m more ambitious about the language. I want something beyond just knowing the meaning of the words. I want to ‘taste’ the language in order to truly understand and connect with other creative minds.

To deliver an original thought, message, or story with someone, a medium called “language” has to be used. In that moment, the first obstacle of losing the message in translation occurs. When I work with someone, I try my best to express the original thought, message, or story in its purest form. I have the urge to minimize the loss in translation but since English is not my native language, I fixate on getting familiar with English to truly enjoy the ‘taste’ of the language.

Many people mention financial stability when they talk about obstacles and challenges in the music career but I don’t want to think of financial stability as a problem in my life. I’m not saying that I’m super rich. I do worry about my bills and the costs of producing music everyday. But who doesn’t? It’s not only a musician’s problem. Fortunately, in order to compose music, one doesn’t need resources. As long as I have my creative thinking and passion for composing music, I can compose it whenever I want.

Contrastingly, the biggest challenge I face is not music itself but the marketing of it. I need to deliver my music to more people but I constantly think of better ways to do that. People don’t listen to music just because it is uploaded on a streaming platform. I am still constantly composing music but I find myself struggling to think of the most efficient way of sharing my music with others. My biggest struggle is finding a way to create a positive cycle where someone listens to my music and the revenue from that comes back to me and helps me write more music.

JJJ Creative Studio – what should we know? What do you do best? What sets you apart from the competition?
JJJ Creative Studio audio post-production company in Los Angeles. I am the lead composer and mainly produce original music and sound for visual media such as film, animation, advertising, choreography and other form of media. Some of our works have already been screened and received awards at international festivals. We actively work with clients from all over the world. We can’t wait to share more upcoming projects with the world.

When it comes to what sets us apart, I’d say it’s our unique, original audio for each project. Each project has its own colors. We always create unique sonic worlds to fulfill our client’s sonic imagination.

What is “success” or “successful” for you?
Personally, I would have to define success in two ways. Firstly, success as an artist would be working with other creative artists to create quality music and solely focusing on the quality of the work. Receiving awards, working with my idols, or making a fortune would be great, but that doesn’t define success for me. On the other hand, success in my life is defined by living everyday with more passion and hope than worries. I don’t view success as my final destination, rather, I view it as a process. I succeed and fail everyday, and I plan on enjoying this very process. 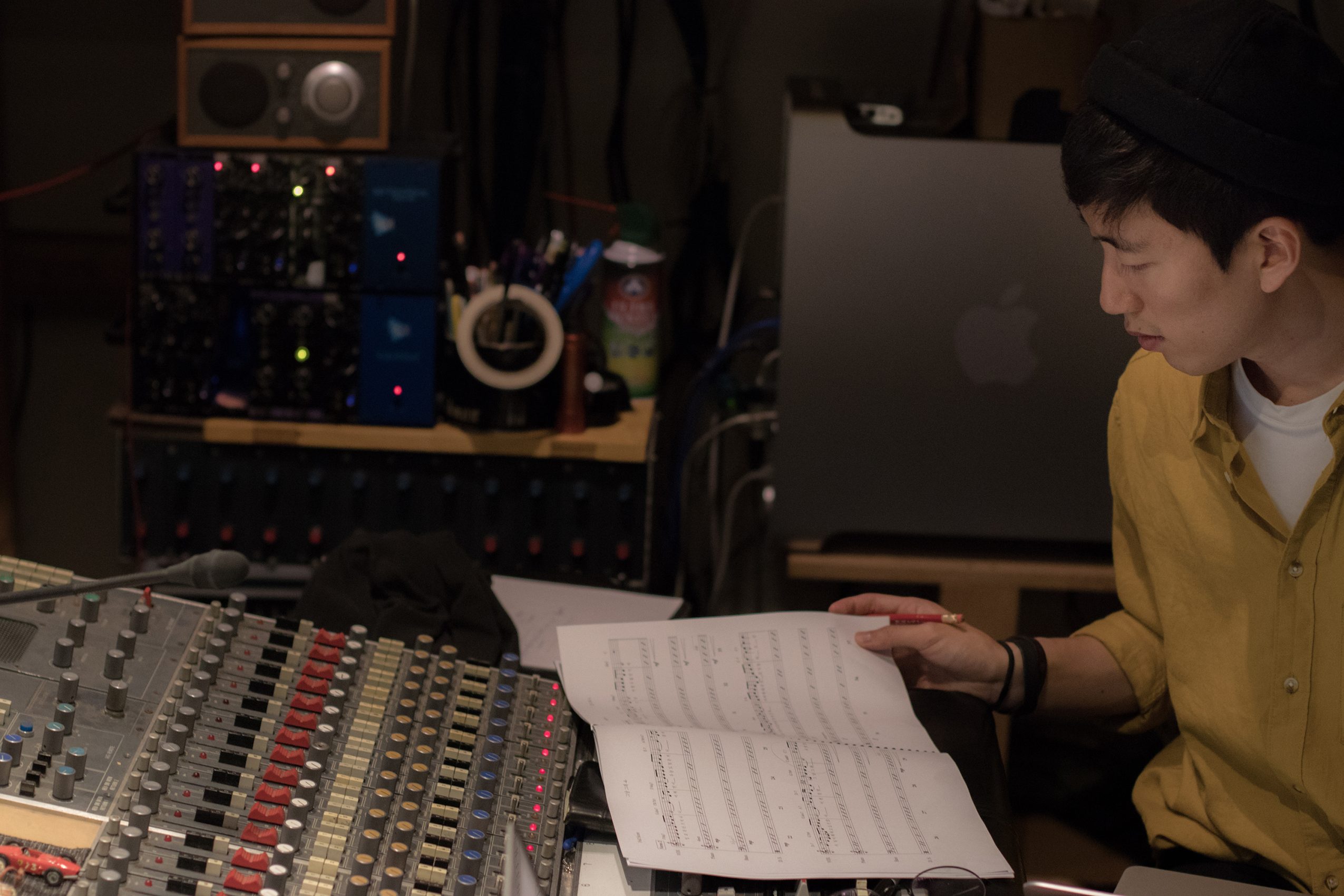 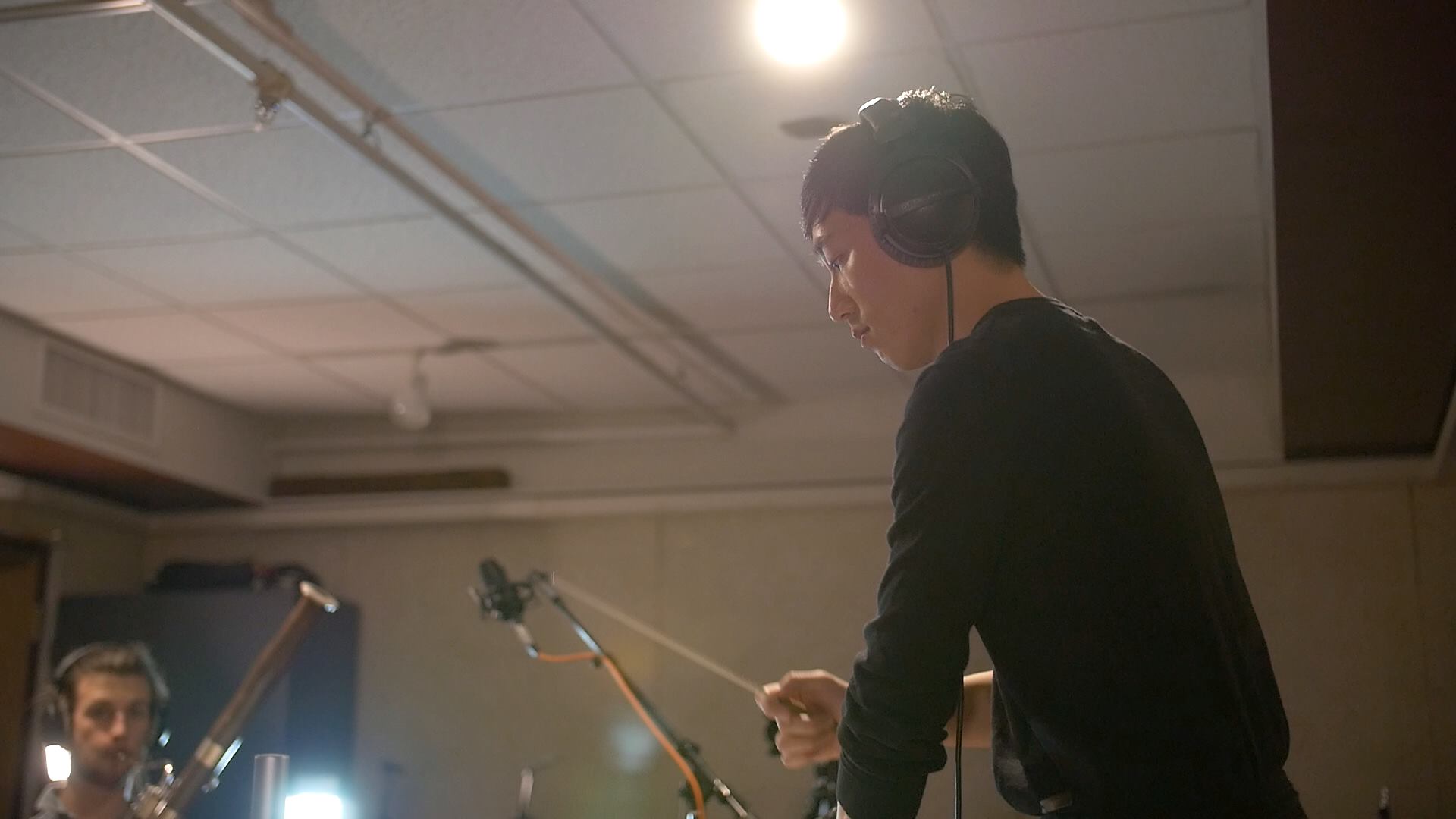 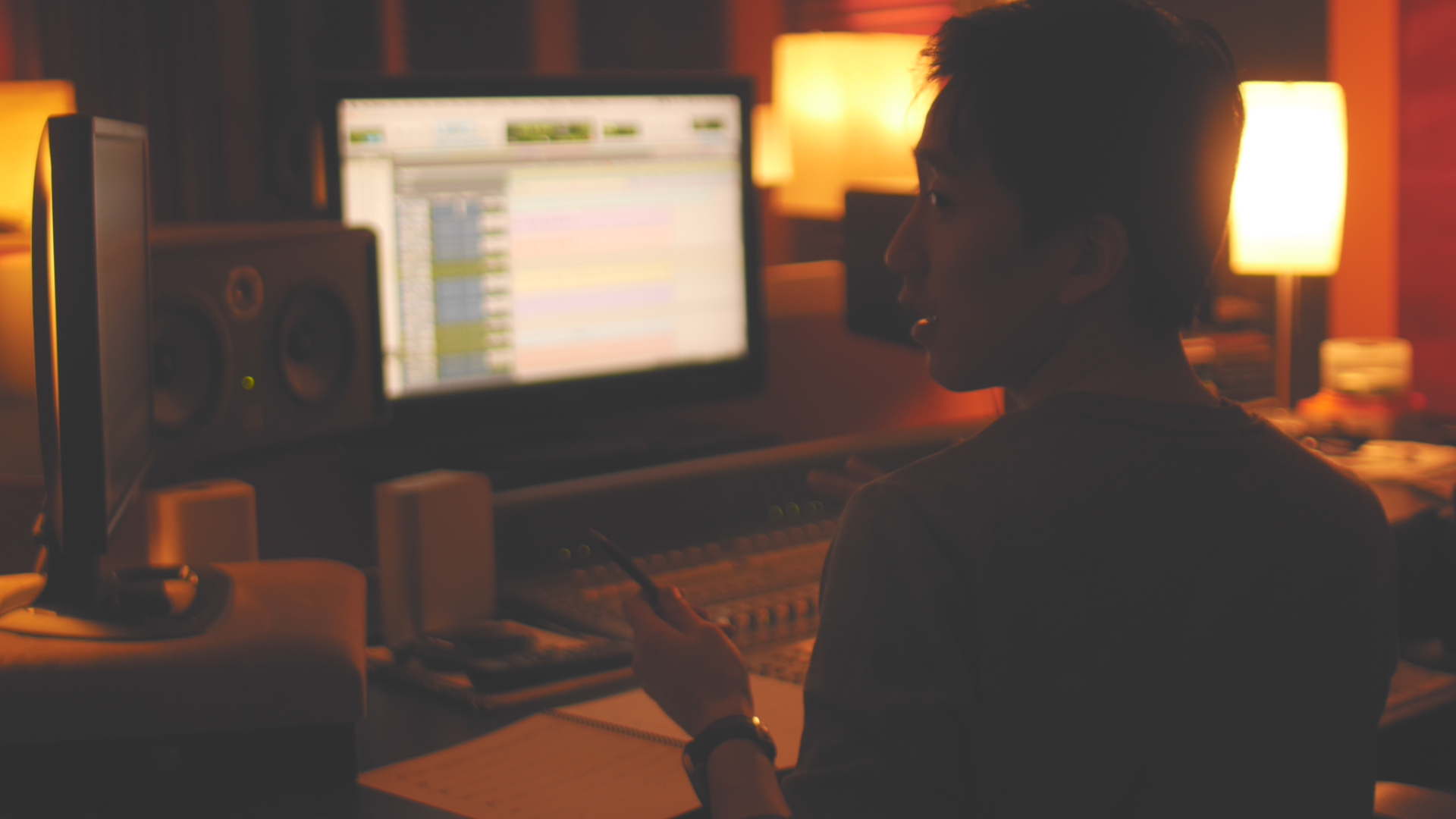 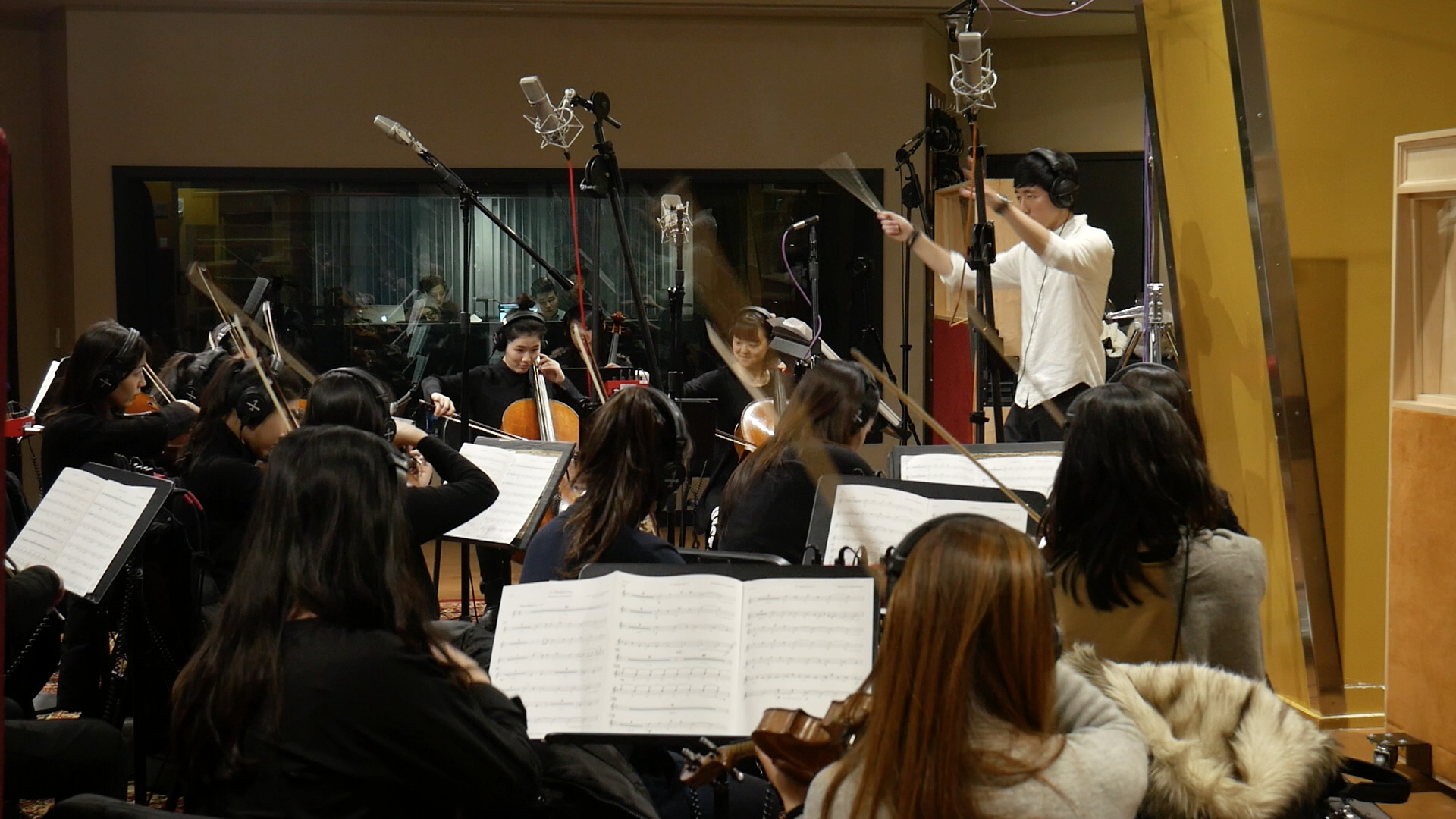