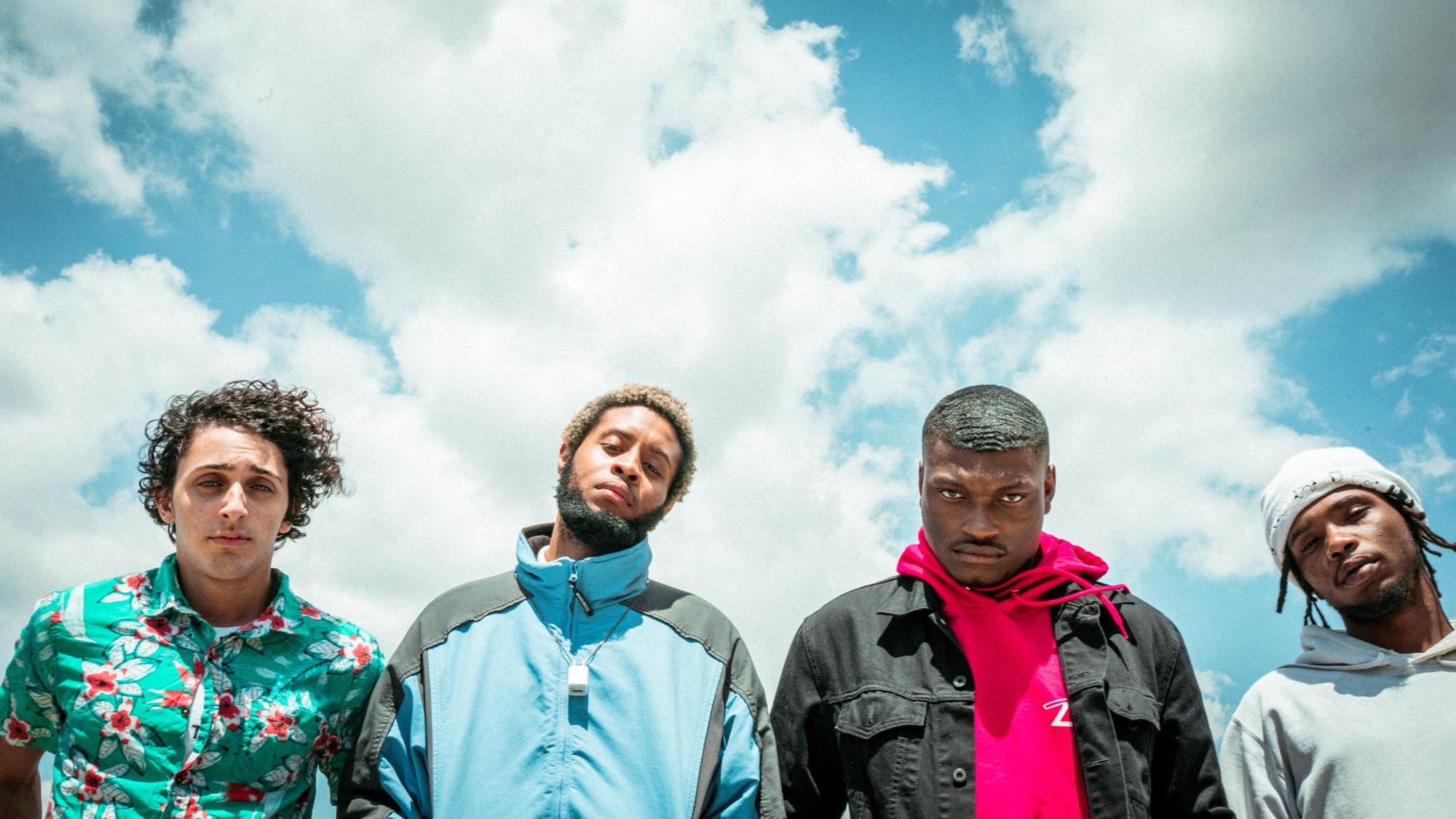 Today we’d like to introduce you to Jimmy Luna, Jesusontherocks, SckSolo and Ash Sekito.

Jimmy, Jesusontherocks, SckSolo and Ash, please share your story with us. How did you get to where you are today?
Jimmy Luna: I started writing songs and practicing production around 2013 when I was 14-15 living in Long Beach. I didn’t get serious about it until I moved to Vegas with my mom in the summer of ’13. I got serious because I use to watch Odd Future videos and interviews and I see how much fun they were having just creating and touring together so I hopped right in and started learning everything from graphic design to production. Eventually, I got to a point where I started sketching my own vision for a group of a leaders. I was listening to the Dark Side of the Moon album by Pink Floyd really heavy around this time which eventually led to me trying out Prism Tribe as a name for a collective. I liked the idea of it so I rolled with it for a little while. However, our start as a group is a mildly complicated one.

I met Solo and Casey in high school in Vegas about a year after I first started, we were all on the football team. I was a junior and Solo was a sophomore, I think we clicked immediately once we found out we were both into making music and being completely independent in the whole process. We both enjoyed producing our own beats, writing our own lyrics, designing our own artwork, the whole nine. One of the first things I asked em’ was “do you listen to Tyler the Creator?” He was like “yeah, he’s cool, I love WOLF.” I was like “oh, which songs you like?” He said “Wolf, the song, there’s an album?” I just laughed to myself, bro didn’t even know what WOLF was. Then he was talkin’ about how he wanted us to be like the new Outkast and kept sayin’ like “you’re like Big Boi and I’m like Andre!” I was like “what!? Why you get to be Andre!?” Very fun times, they were much simpler. From there, we got closer till I finally invited him over to my house (pause) and showed em’ the idea of Prism Tribe and the prototype logo ideas I had been sittin’ on for about a year and he kinda gave me stale vibes about it and went home. The next day at school I seen em’ and he showed me his lock screen and was like “look, it’s the logo! We on this now!” It was a moment I didn’t realize would be so important until after the fact.

Then I met Jesus through another mutual online friend and asked him to be a part of Tribe after mixing his first album and working together on songs after a couple of months. Then I met Ash through Twitter, he DM’d me after I released my first EP. He always showed love and kept in contact for over a year, so I always considered him a part of the group until eventually, he was in. I met Sandisz in Denver at a Thouxanbanfauni concert that I snuck into while I was ditching classes in college. We rolled with about six solid members for a while until I moved back to Vegas and invited Erik and Gordo to join. Them two and Casey are basically like the support characters of the group, the backbone. Whenever we need help with something. Need a hype man at a show? Need help with some gas money? Need a hug? They’re there for us.

SckSolo: Woke up and I was here.

Jesusontherocks: How I got into music was my aunt got married which brought another cousin into the family. I was already rapping as a hobby but he encouraged me to potentially take it seriously so I did. I bought my own setup and started recording songs. From there, I met a friend in high school and he introduced me to Jimmy and the rest was history after I met him.

Ash Sekito: I grew up in a musical family. My uncle rapped, my father rapped and through him I’m related to Ella Fitzgerald. I always wanted to do big things beyond my reach like film, fashion or I don’t know maybe even take up some sort of political position. I figured music would be the stepping stone to attaining those sort of things so I took it more serious. I started writing reviews and recording songs here and there until I met Jimmy. We collaborated on a bunch of songs for about two years until I actually joined Prism Tribe.

Great, so let’s dig a little deeper into the story – has it been an easy path overall and if not, what were the challenges you’ve had to overcome?
Jimmy Luna: Back at the end of 2017, after emailing a billion different industry contacts I found online about our group, I got an email from a PR company that basically told us if we made an album, they’d help us push it (which we later learned was cap) and up until that point we didn’t have an official project so it pushed us to make it happen and that’s sort of where our journey really began for us as a group. We were all in different states so we decided to all meet up at my mom’s house in Vegas for a month to record the album, make music videos and everything else in between that we could. From there, despite my mom giving us a hard time being at her house rent-free for the month, having little to no money between all of us, adapting to each other’s lifestyles and quirks, we ended up creating our debut project, performing shows together for the first time ever, opening for the legend KRS-1 and shooting some music videos.

After that point, we released everything we made and seen a lot of success from them. We had blogs talking about us, people were reaching out to us left and right, we were getting thousands of views and streams, we enjoyed the whole process. However, after that point is also when things went left. Despite having so many exciting things happen, it felt like we didn’t accomplish much since we didn’t reach the heights of success we imagined for ourselves coming out of a post-BROCKHAMPTON era. On top of that, some of our personal lives got devoured by the hardships of transitioning into adulthood. But that’s just life I guess, just gotta keep on keepin’ on.

Ash Sekito: The hardest thing for me to do while making music is trying to keep my life together while moving place to place and pursuing my dreams. On top of that, musically trying to pave my own lane and steer clear from sounding like everyone else that comes out of Clayton County, where I’m from. I’m trying to create a unique sound.

SckSolo: It all went great, thanks for asking.

Jesusontherocks: I think I’d be lying to myself if I said it was a smooth road, I feel like we all have our own bumps in the road in our own respects throughout our journeys. I think the only real struggle beside the physical things like money and stuff would be the fact that I constantly get to a level mentally where I feel like I know exactly what I’m doing and know exactly what I need to know and life just always has a funny way to remind you that there’s so much more to learn, which is fine because I get to evolve as a human being. The idea of infinitely having more and more knowledge to receive throughout my lifetime is one of the best feelings to have in my opinion.

Jimmy Luna: The last two years have been a bit rough for me. I lost my mother, my father’s life took a hard turn for the worst, I found myself homeless in Los Angeles, my brother was shot five times (don’t trip, he survived), I’ve lost friends I thought were closest to me and just overall had to rebuild my life a billion times. However, with that being said some of the best things that could have ever happened to me snuck their ways into my life too. This is definitely the first time in a long time that I’ve been able to breathe and I’m glad I’ve been able to do it with my friends.

Please tell us about Prism Tribe.
SckSolo: I’m known for being a black, melanated king.

Jesusontherocks: I think what sets me apart is my chameleon-like skin for music as an art form. I can pretty much be around any setting with any genre and create something that I at least personally think is quality or stands on its own but also offers a sense of familiarity. I suppose this is from my daily curiosity of wanting to constantly dive into more and more as I evolve as a human being myself.

Ash Sekito: I’m a heartthrob, so I specialize in turning aesthetics into money!

Jimmy Luna: I do everything you can think of and then some.

Do you look back particularly fondly on any memories from childhood?
Jesusontherocks: I think having a solid group of neighborhood friends in my pre-teen to teen years. Everyday I would go outside after school, we would ball or literally just walk around our neighborhood and all the other surrounding neighborhoods and get into somethin’. We would terrorize people, adventure around, we were sort of like the Goonies to be honest. Our group was filled with people from all different walks of life. Latino, Black, White, Muslim, Asian. So I got to learn a lot about other people’s cultures at a young age and it busted my introspective ways of thinking right open.

Ash Sekito: My favorite childhood memory would be whenever me and my mom went to Six Flags.

Jimmy Luna: some of my favorite childhood memories is when I use to go with my friend Chris to his aunt’s house in Corona. At home, we had all sorts of distractions, parents telling us what to do, no money. When we went to his aunt’s house, we got whatever games we wanted, we got whatever we wanted to eat, we got to stay up late, play games all day, go swimming in the summer. Very fun times, I want to get back to that one day.

SckSolo: My favorite childhood memory is having a motorcycle and playing football in high school. I broke my leg. Rest in peace Pookie. 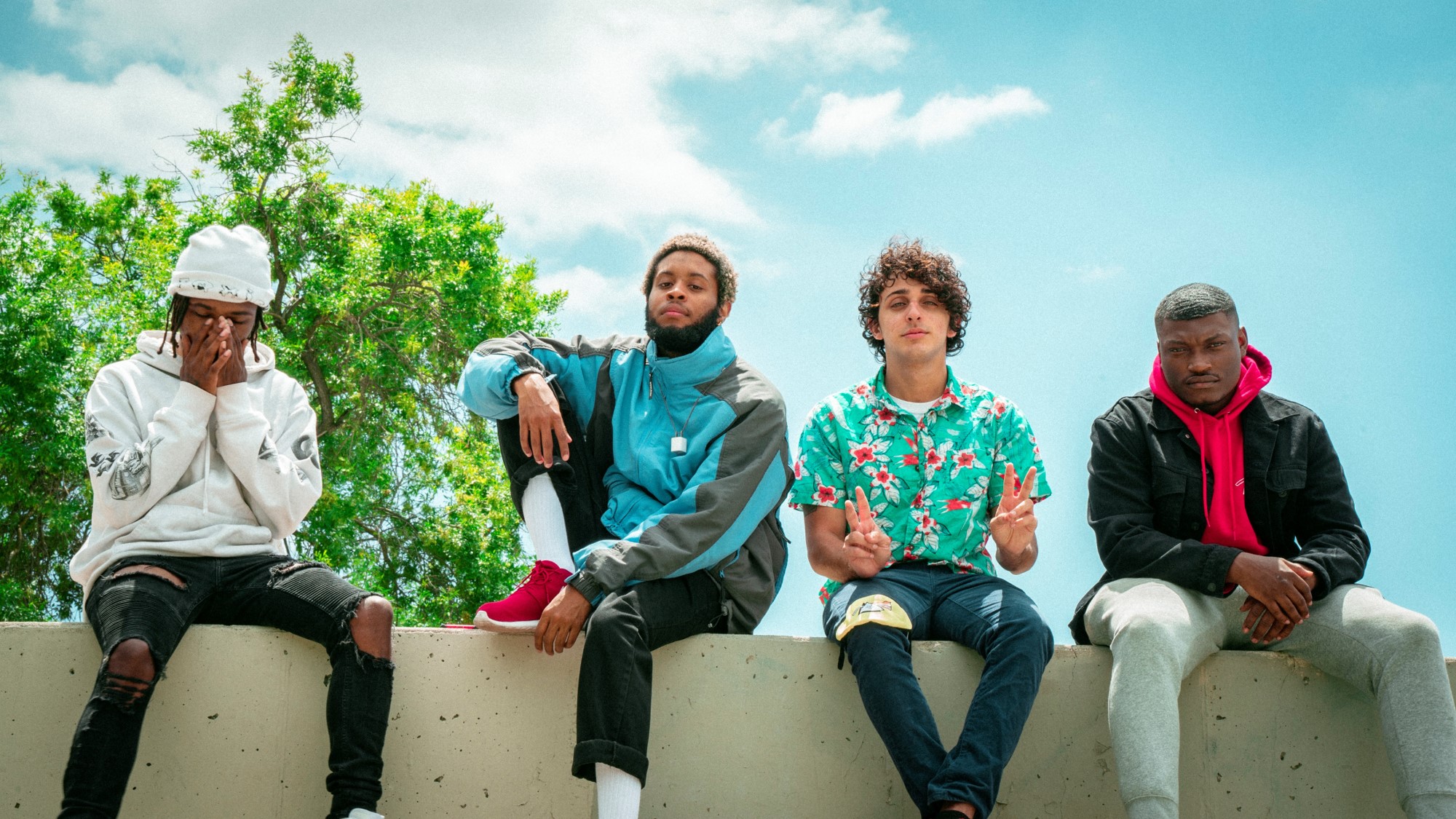 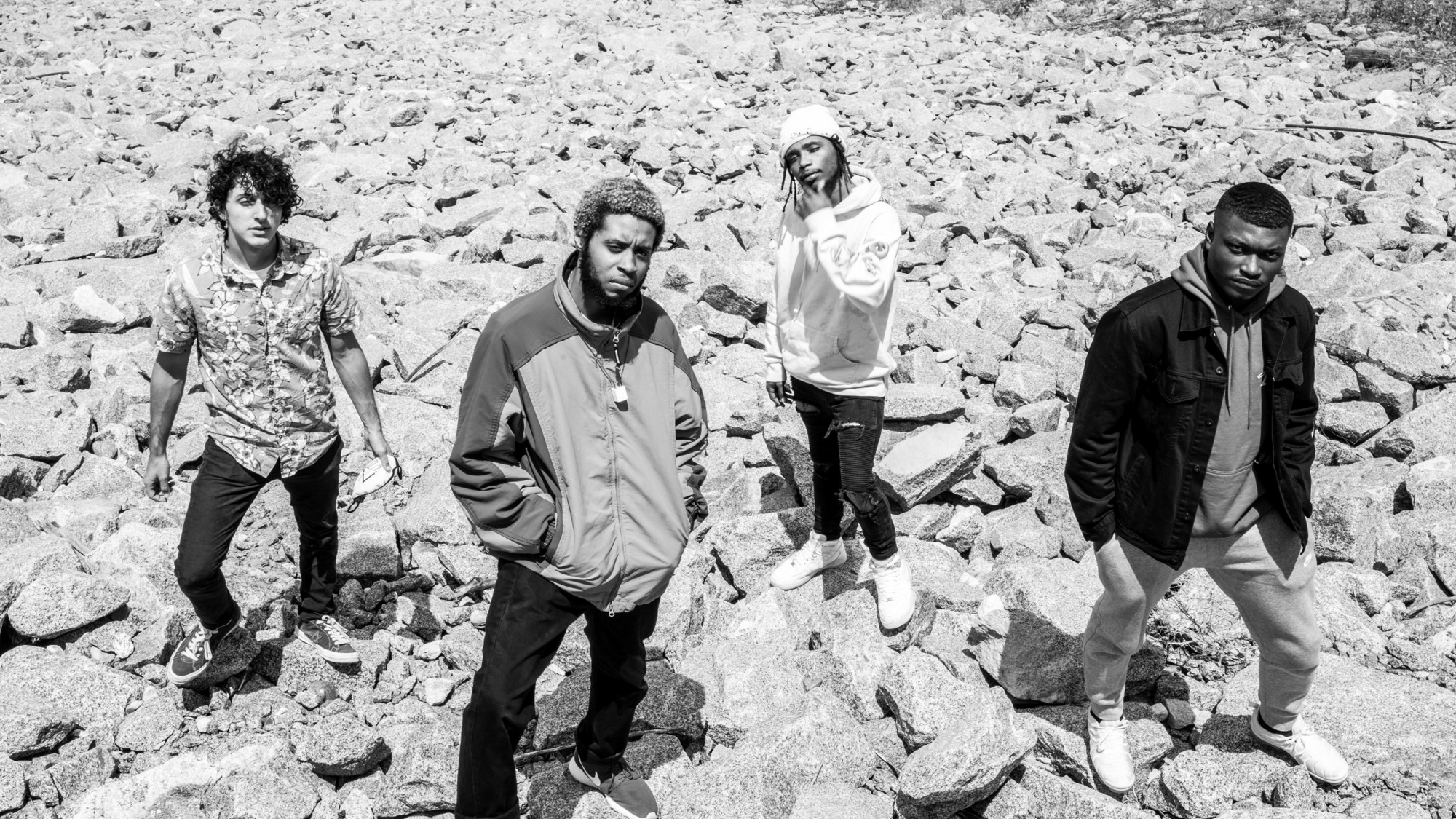 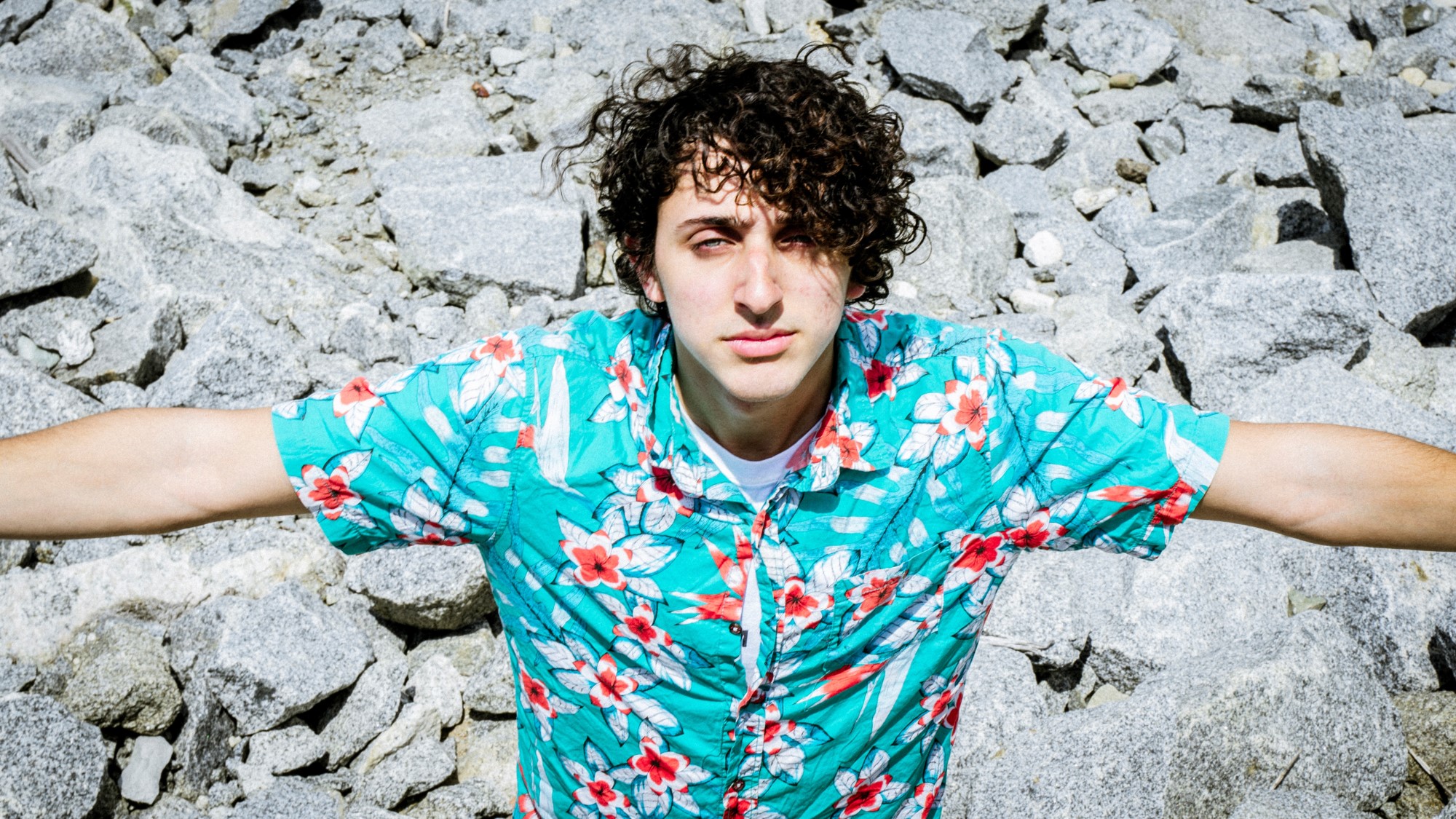 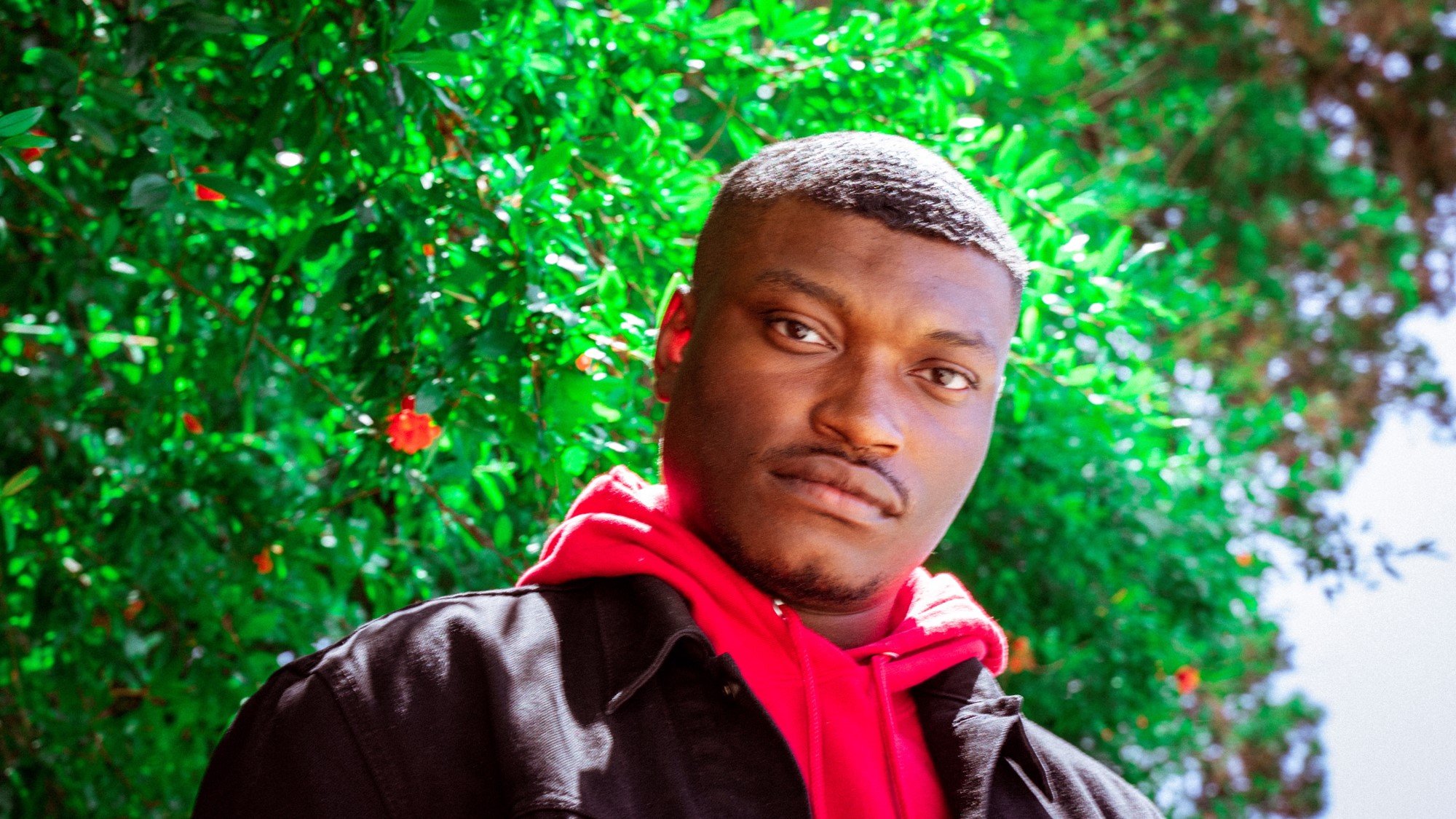 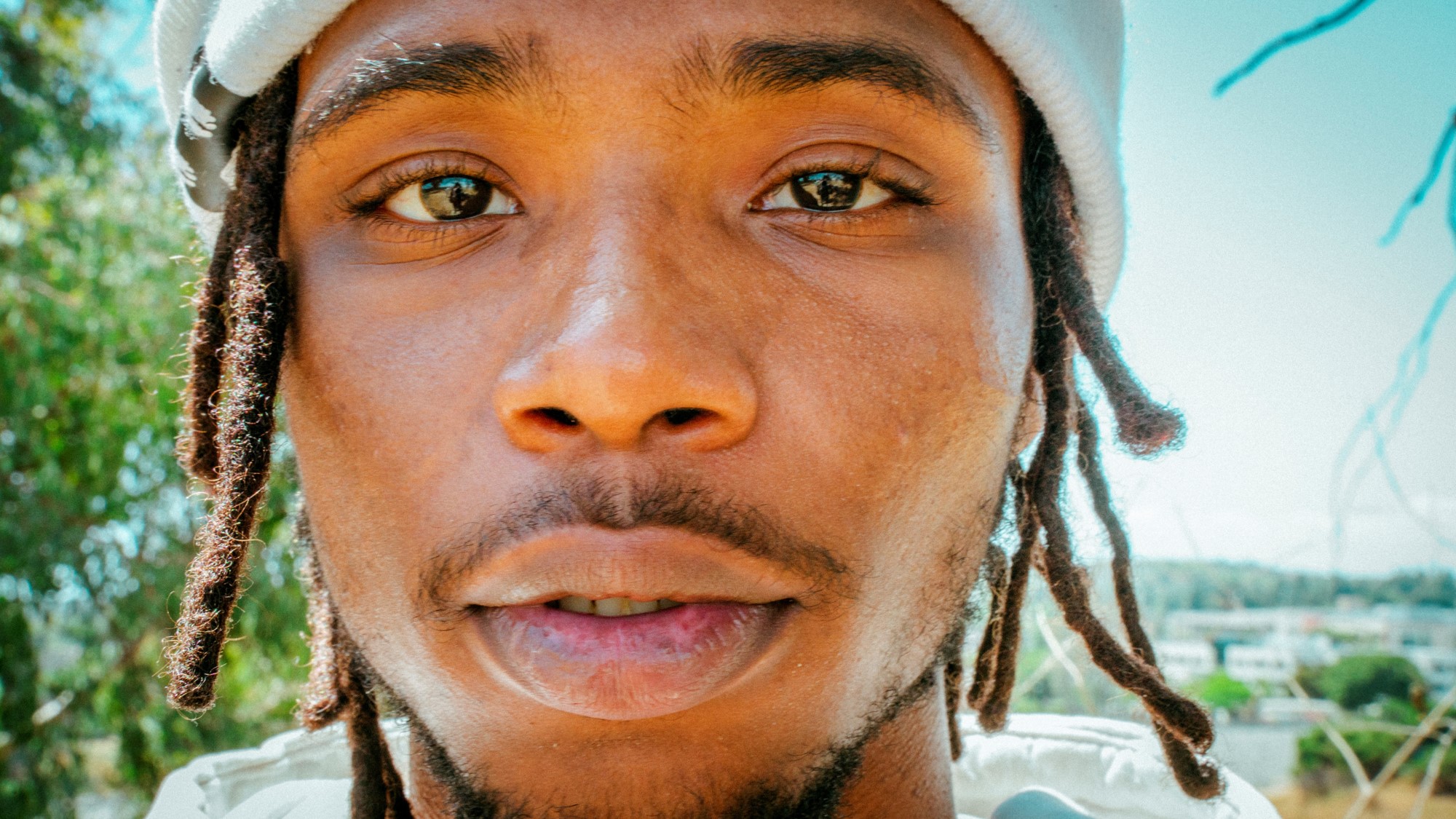 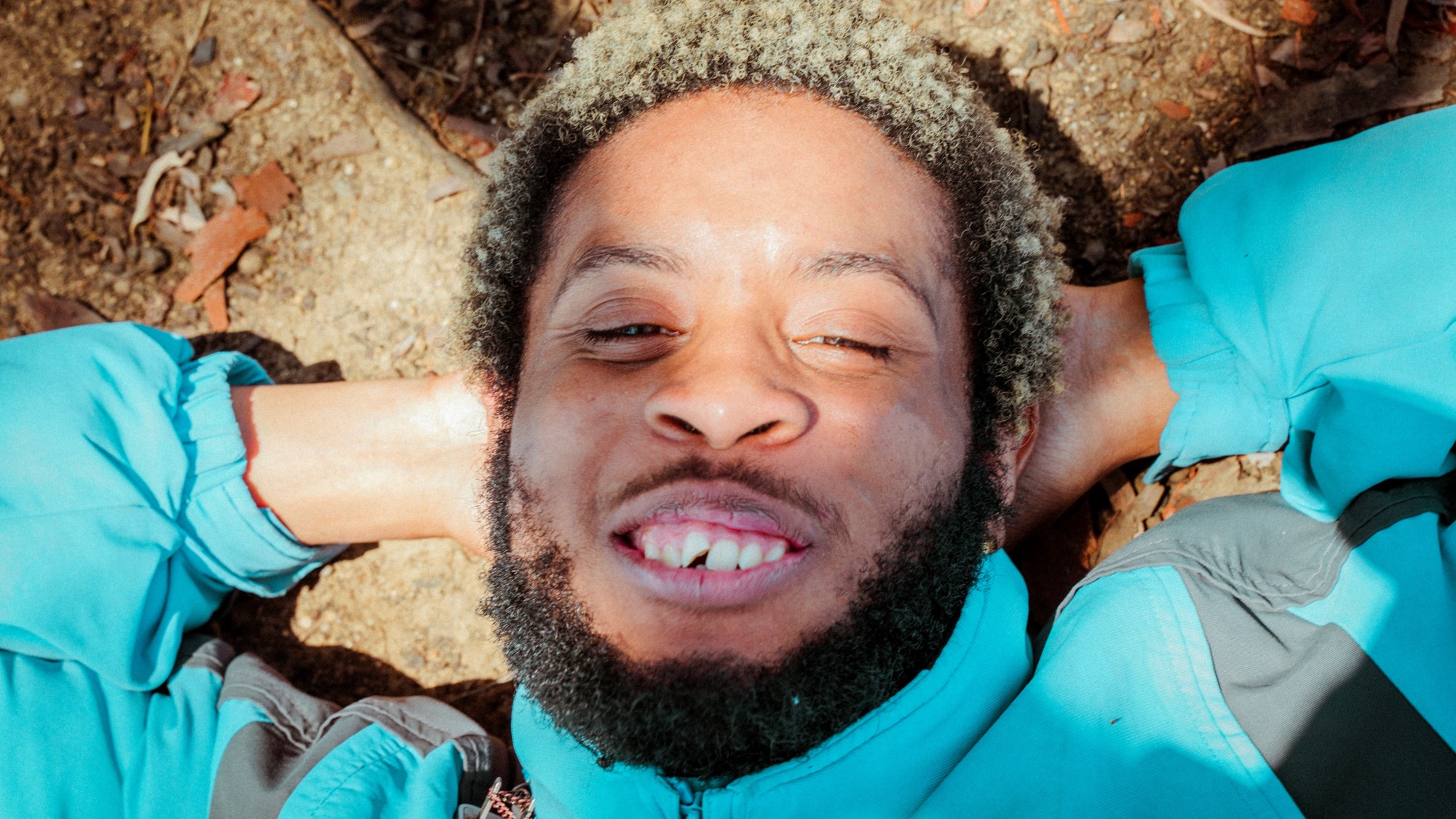