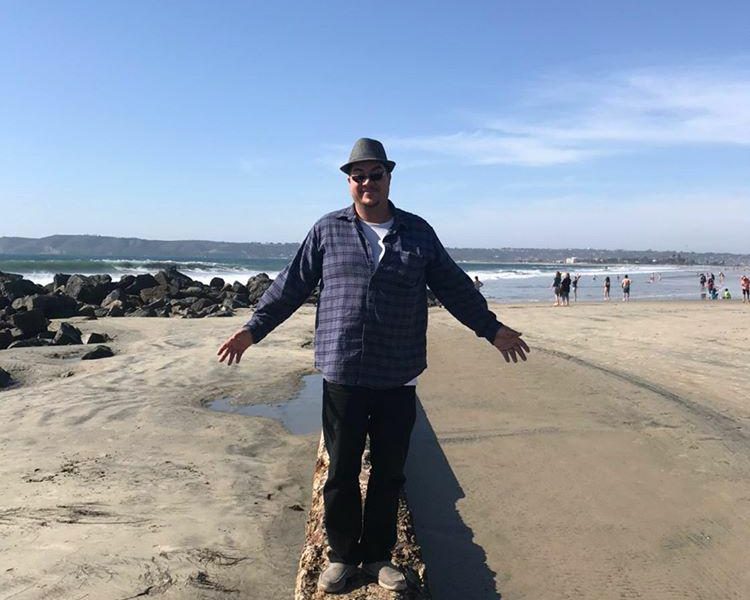 Today we’d like to introduce you to Jim Francis Meza.

Thanks for sharing your story with us Jim Francis. So, let’s start at the beginning and we can move on from there.
I hail from the northeast side of Los Angeles, better known as Lincoln Heights. I grew up in a humble, impoverished family. It was just the four of us, my parents, my younger sister, and me. Due to circumstances beyond our control, we lived in a gang-infested government subsidized apartment complex. My formative years were shaped by what I saw and experienced in this small microcosm of 112 apartment units. The running joke was that we were a notch above the government projects because we were up on a hill and looked like condominiums. My parents are immigrants. My dad came from Sinaloa, Mexico from a ranch with no electricity or running water. My mother came from a Jewish-Guatemalan family of wealth who owned businesses throughout Mexico and Guatemala. They met in the late sixties, fell in love and were married. My love and passion for humor, music, storytelling and cinema started at home at a young age. Because the neighborhood was riddled with violence and gang warfare, we spent a lot of time together indoors. There was always music in the house. My father is a self-taught accordion player and his uncle was an acclaimed musician in Mexico. So, naturally music ran through my veins. My mother exposed me to a lot of different music genres early on.

Together we would spend a lot of time laughing, singing, watching old films and telling jokes. My dad is the funniest man I know. I swear if he would have had the right management, he would be up there with some of the funniest comics in the world. My sister and I spent our afternoons putting on skits and pulling pranks on one another. When I was seven, my mom enrolled me and my sister in acting classes and guitar lessons at a cultural center in East Los Angeles. La Plaza De La Raza at Lincoln Park is where I got my first taste in acting. It was also there that I picked up the guitar for the very first time and it resonated and struck a chord with me. Pun intended. There was always storytelling at home. My grandmother would visit and tell us elaborate stories about our ancestors. My sister and I hung on every word. We would act out some of the scenes and the family would burst with laughter. It is something that greatly enriched my life, and I hold the stories so near and dear to my heart.

Imagination played a big part around the house. My mom always told us to dream big. We were taught what the words honesty, respect and class meant at an early age. We always felt that poverty was a “state of mind” because we were rich in so many other ways. We were rich in culture, in thinking, and spirituality. God was always present in our family as well as an abundance of Love.

After high school, I knew I wanted to be an actor full time but my parents insisted that I have something to fall back on. So I attended Cal State Los Angeles where I received a B.S. in Political Science as my “plan B” even though I was hell bent on plan A of taking Hollywood by storm.

The experiences of my childhood propelled me to take a leap of faith and pursue my dreams of being an artist.

Throughout college and after I graduated, I dabbled in a host of jobs all the while auditioning for parts and background work. One particular audition mix-up would set the stage for a new career in my life. Turns out, I was at the wrong place for an audition but certainly at the right time. I’m a firm believer that whatever is meant for you will find you in God’s perfect timing. What I mean by this, I ran into an old friend outside on the street whom I had not seen in at least ten years. I asked him where he was headed and he told me he was going to apply for a job as a limo driver. Since I had no time constraints, I decided to walk with him. He told me I was perfect for the job and the craziest thing happened. They offered me the job over him. After a few weeks on the job, I realized I could get good insight into Hollywood and maybe shake the right hand. During my time as a driver not only was I able to land several jobs but I had the best seat in the house in that I could interview celebrities, producers, directors on a 1:1 level.

While finding acting work was challenging and at times, I felt like quitting, it was these very conversations with Hollywood exec, actors and directors and their invaluable advice that kept me moving forward toward my goal and kept the wheels greased. I can either wait for the magic to happen to me, or I can create the magic. So I have chosen to do the latter and I am actively writing and creating various projects which are on hold due to the Pandemic.

Another facet of my artistic life is comedy. One of my many talents was making people laugh and I discovered that I could be a stand up comic. It was by far one of the most daunting experiences, yet the most liberating. I could come on stage and own the room or die onstage as nobody laughed. I have performed at the Ice House, and The Comedy Store to name just a few of the venues. In fact, I didn’t realize I could also do it in Spanish. So I was invited to 97.9 FM radio station in Los Angeles, were I performed weekly joking about the headlines of the day, current events, etc. It wasn’t satisfying me artistically because I still was drawn toward the cameras and missed navigating through the day to day life of an actor.

I have always felt Gods gifted me with so many talents to enrich the life of others. Another dream of mine has been to be a songwriter and music producer. After all, I had an ear for music and I had been bitten by the music bug since inception. During this quarantine, I invested my time into creating and someone online challenged me to write songs. I wrote three songs and a Mexican Ballad tongue and cheek kind of song. The coronavirus ballad, El Corrido del Coronavirus which has been a hit on YouTube. Since then, I managed to write four songs in four different genres of music. One in Spanish, One in Country, One Rock Ballad/ Gospel and one Punk style. In addition, I felt that our community of East L.A. and other underprivilege needed to get their local artists heard. I have taken the first step in creating a music label called “East Of The Sol”. As they say, your only limits are those you impose upon yourself. I want to help local artists to achieve their highest potential possible in the music industry. I once had the honor of talking to two major producers I personally admire, ” Polo Molina “and” Scooter Braun”. Both started from very humble beginnings and I learned that with hard work and dedication and believing in yourself, anything is possible.

I also started a Podcast called “Jim Francis Goes Rogue” with my girl’s help during the Pandemic. One afternoon I was feeling somewhat mentally drained and so we decided to go for a walk to take nature in as it was customary. We stumbled upon a Stone of Hope while going on our evening walk. We began planting Stones with a positive messages to uplift the human spirit. I blogged about the entire experience. You can find the story with extensive detail in my website: https://www.jimfrancismeza.com

Great, so let’s dig a little deeper into the story – has it been an easy path overall and if not, what were the challenges you’ve had to overcome?
As insanely wonderful as I would love it to be, this old beaten road has not been smooth by a long shot But definitely worth every sacrifice it takes. Which in my case has been rejection, false promises and many doors swung shut. I believe that a thick skin and perseverance accompanied by hard work and constant polishing of your craft is the ticket in any industry. I live by this wonderful quote in the bible, “Where there is no vision, the people perish”. I believe it wholeheartedly and know that if I stay the course I will see the fruit of my labor. Remember, every journey is different: There just isn’t two alike. When things go south and you do not get the part or things simply fall through, you learn to fall forward and trust the process.

We’d love to hear more about your work and what you are currently focused on. What else should we know?
I have started “East Of The Sol” Record Label. It’s in the preliminary stages. I do not like putting myself in a box, there may be other ventures tied to the label. (Films)

In addition, im working on writing a book. A compilation of outrages and overall fun experiences and adventures of a Limo Driver. Still havent decided on the title.

What sets me apart from others is the Passion and drive to help others.

Is there a characteristic or quality that you feel is essential to success?
The qualities that best characterize me are that I genuinely love to see others succeed. I love to give back and help those in need. My faith in God keeps me grounded and I truly can say I have a great support system. My parents, my son and my girl are my biggest cheerleaders. I cannot stress enough the importance of not micromanaging the moments we live in. That being said, practice mindfulness and Trust God, you will surely reach your destination on his watch. Not a minute sooner! 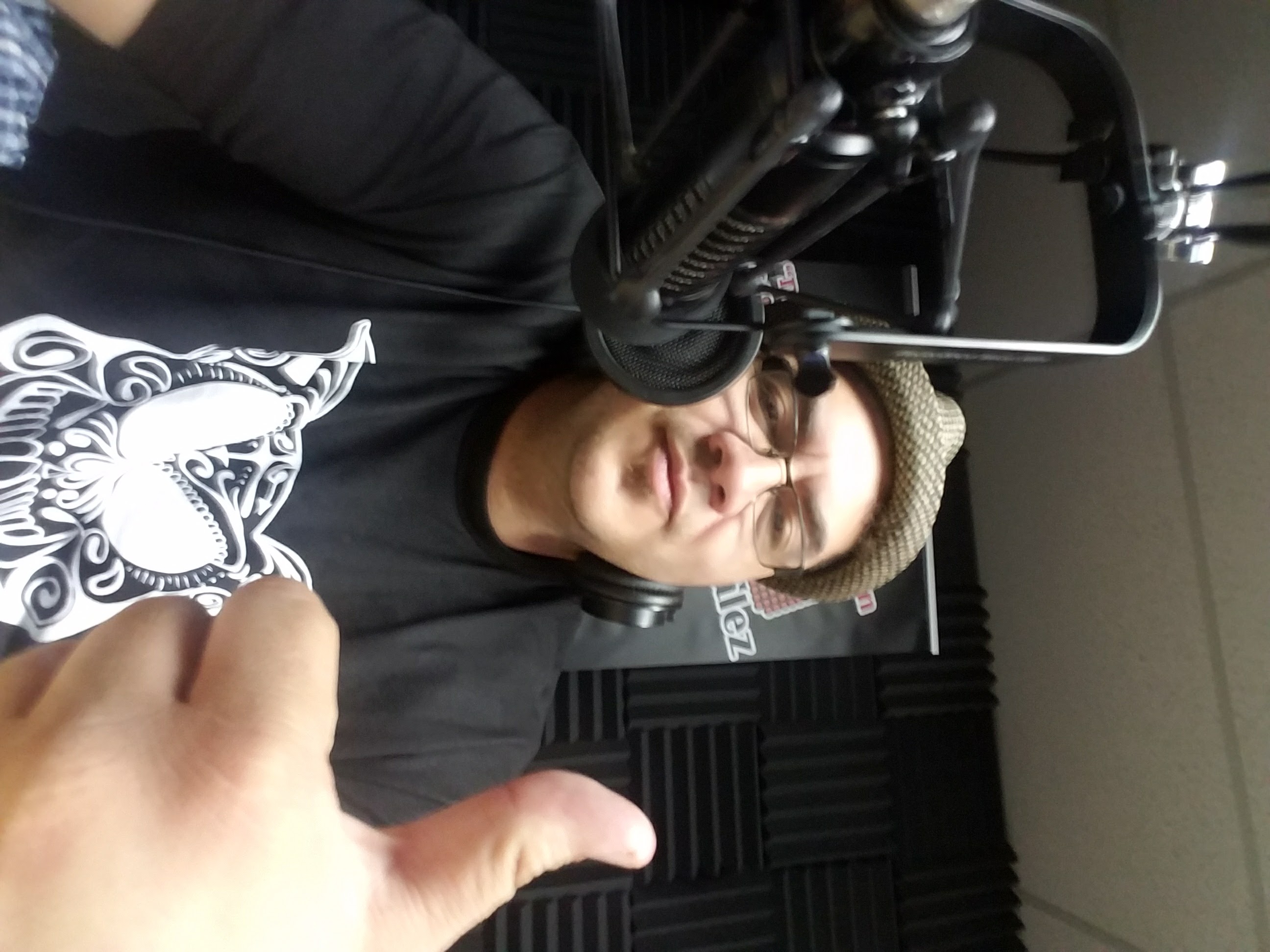 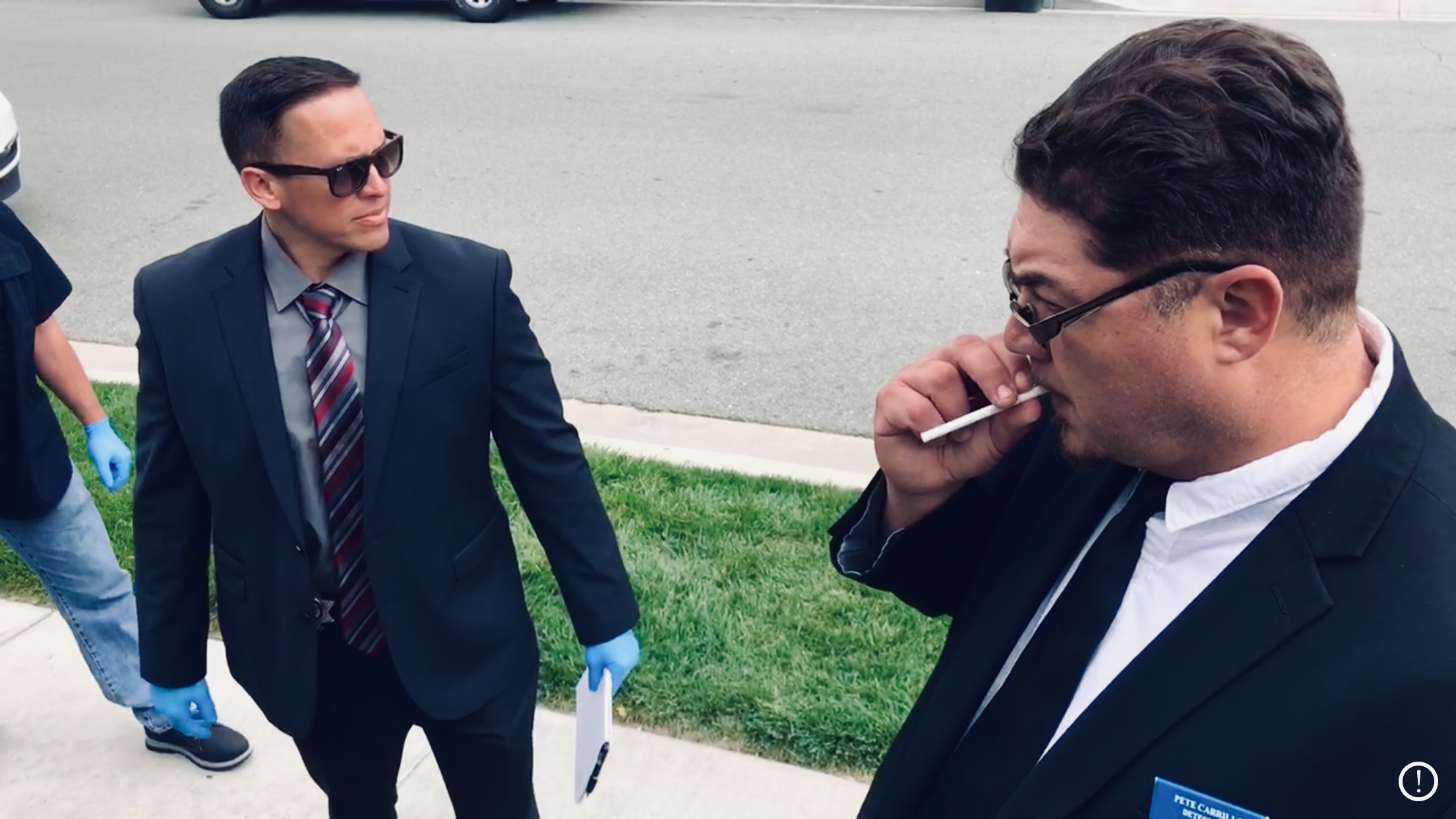 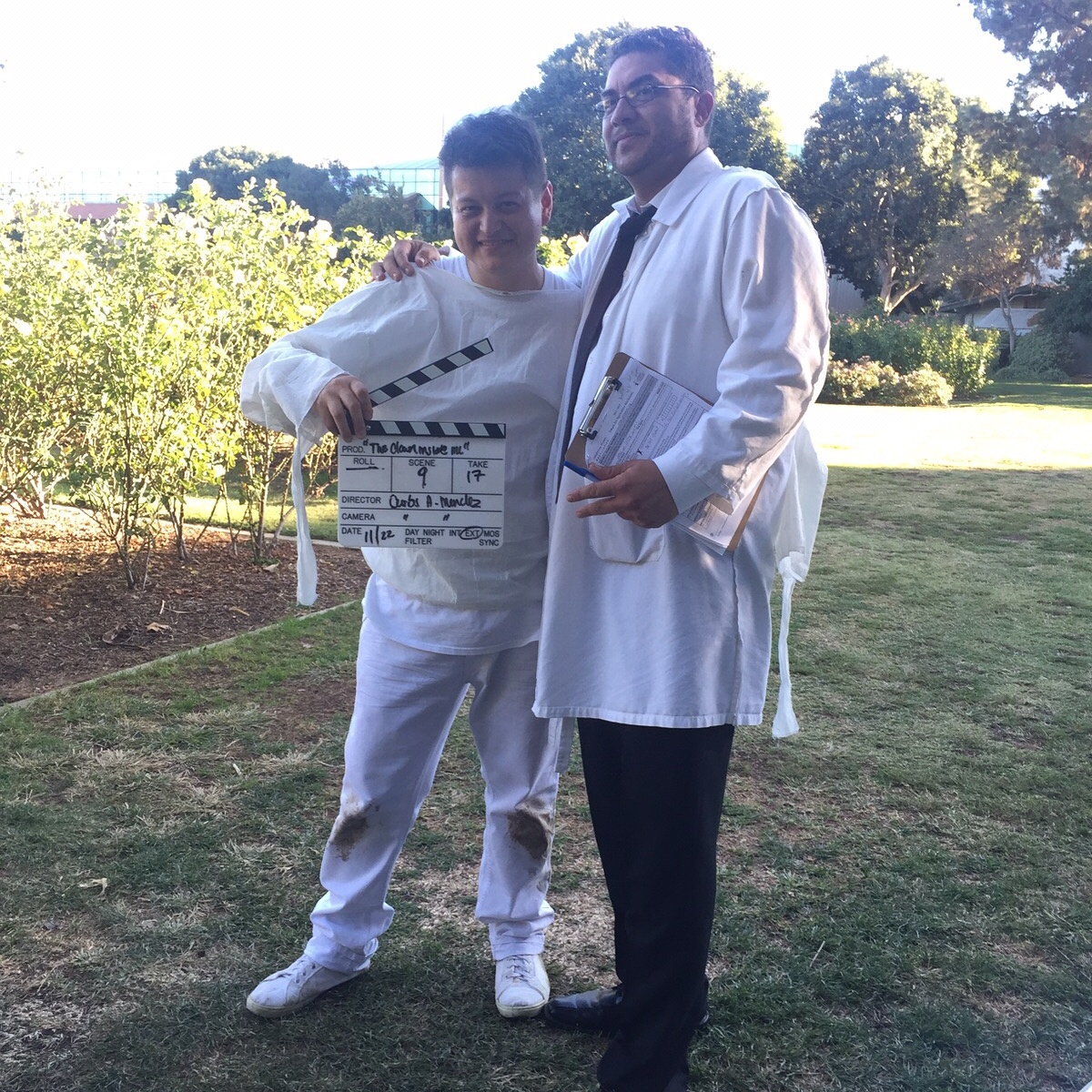 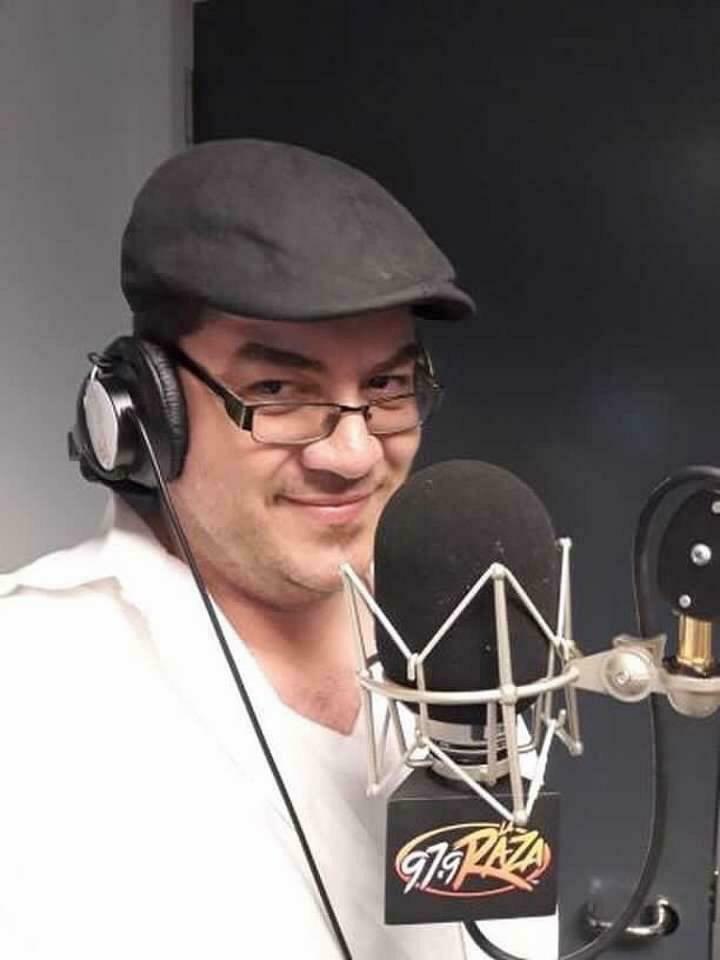 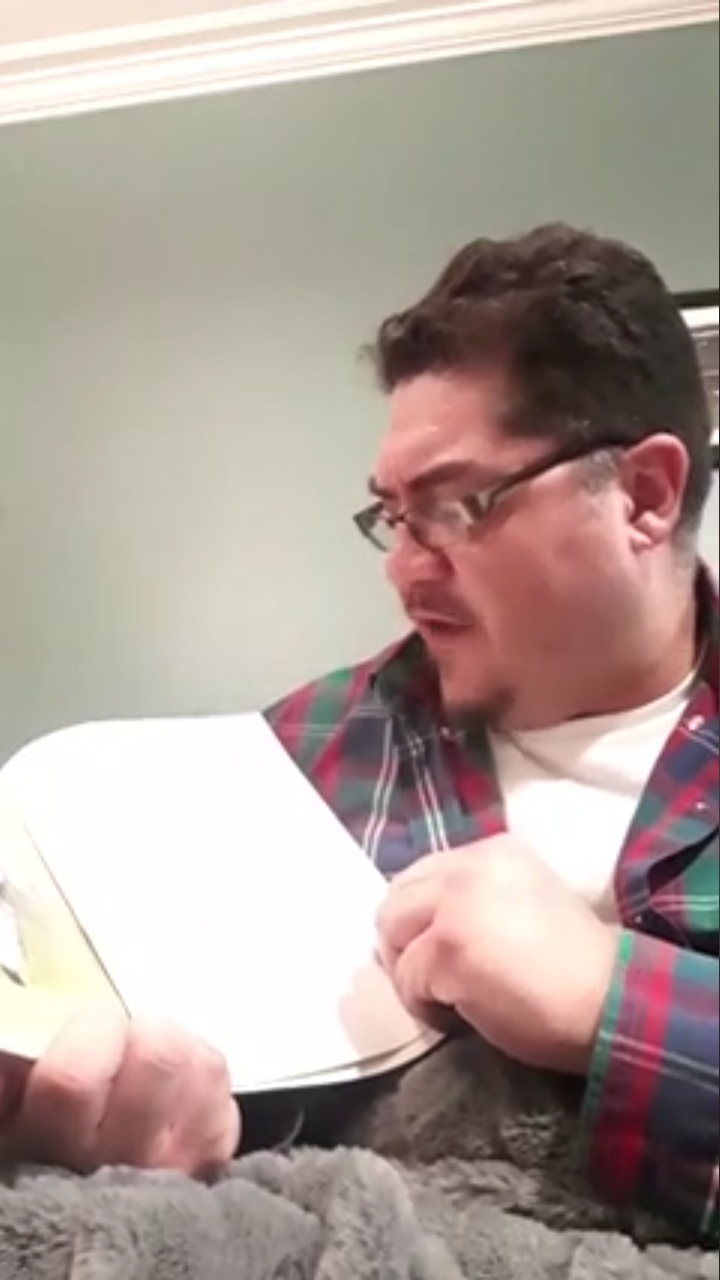