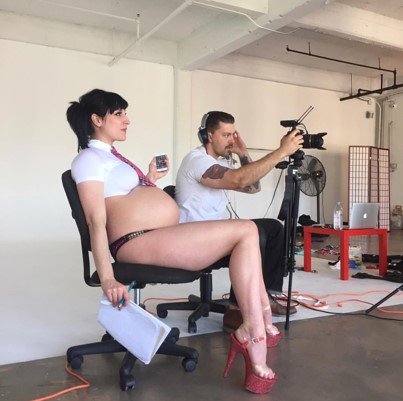 Today we’d like to introduce you to Jill MacLean.

So, before we jump into specific questions about the business, why don’t you give us some details about you and your story.
I got started as a Pole Dance student in Melbourne, Australia, at a studio called Pole Princess. I started taking classes and fell in love with Pole Dance! I was asked to teach shortly after and began training to be an instructor. I was working full-time in an advertising agency at the time but lost my job (during the recession) in 2007 so decided to really make something of myself in Pole Dance and Fitness. I was also engaged at the time to someone who was less than supportive of my new aspirations 🙁

I studied fitness and personal training, and basically became OBSESSED with pole dance. I lived, ate and breathed it. Of course, my body was changing and my then fiancé was really not happy with the direction I was going so that didn’t work out. I was told “I don’t want to wife to look like a ‘man'” because of my new muscles and strong physique. But I loved it. I never felt so good in my life and I LOVED my new shape! Strong is the new sexy isn’t it? So that was the beginning of my new career. I started competing and came 2nd in my first competition that took me to compete in the Miss Pole Dance Australia finals. I didn’t do very well. I was extremely nervous and looked down to the floor in my performance. I also kicked myself in the head. Had ZERO stage presence.

After that I was offered a job in Sydney at Bobbi’s Pole Studio and said YES immediately. I packed up and moved because I absolutely LOVED all the instructors at Bobbi’s. – Bobbi herself, Chilli, Sassy, Amber, Daisy, Porsche, Gypsy, Jedda and just wanted to be around everyone who inspired me. I literally transformed myself, with tons of hard work, passion and LOVE for what I did. I competed again and long story short, a few years later I WON the Miss Pole Dance Australia Comp twice.

The first time I won, I was asked to go on tour (teaching pole workshops) with Alethea Austin (The US champion) throughout Canada and America. This was my first tour and needed some t-shirts to sell. The routine I did previous to this tour was to Rock You Like a Hurricane and the intro was (similar to how KISS open their shows)….’The hottest Rock N Pole show in the world’. So I made t-shirts saying ‘I Love Rock N Pole’ and sold them at events and at workshops. This is how I got started selling merchandise.

So basically it grew from there. I wrote, produced, and choreographed 3 workout DVDs in fitness, flexibility and pole dance, which then lead me to designing and manufacturing clothing for pole dancers. Everything has a Glam Rock N roll edge because I really do love my 80s glam rock!

While on tour, I met my now husband Michael at a festival I was hired to perform at and ended up having a long distance relationship for about 2 years while I toured and worked as a pole dance instructor and performer. I also at this time was selling DVDs, downloads, t-shirts and leggings online.

I finally made the move to the US and lived in a work/live loft downtown LA. I had NO idea about fashion production and it basically took me a whole YEAR to kind of figure it all out. During this time I totally got ripped off, lost a ton of money, made some bad decisions, finally found people I could trust, a pattern maker, a cutter and a sewing team (a married couple with 3 kids who work from home). I still use them today plus 2 other sewing teams! It would have been SO easy with what I went through to give up completely but I was SO determined to make it work and figure it out myself.

I also set up the loft as a film studio and shot tutorials for my subscription site cleosrocknpole.com. Of course all the instructors wear the Cleo brand so it all works hand in hand!

After living downtown for 2 years, I got pregnant and we moved out to the burbs. My son is now 2 and a half and I work from home, building a studio in my back yard. I drive downtown about twice a week to check production, choose fabrics, do pickups etc. This allows me to spend as much time with my baby as possible. It definitely has been a challenge being a working mum but I’m so grateful I can do it all from home. Not going to lie, there are times that simple tasks seem so challenging. Writing a simple email can be challenging when there is a toddler pulling your hair for attention! I also tend to work in my pajamas until 2-3pm and I am always wishing I could have a reason to put on makeup and get dressed for the day! But I also think it’s cool that I’ve grown this empire to where it is mostly in my PJs!

Currently I am looking for studio space to start a physical pole dance studio because it’s been a dream of mine since I started in 2007! My son is also old enough that he’ll be starting school soon. This will really allow me to grow both the apparel side as well as the online training. I’m very excited for this new venture!

We’re always bombarded by how great it is to pursue your passion, etc – but we’ve spoken with enough people to know that it’s not always easy. Overall, would you say things have been easy for you?
However when I first started I used to take these struggles so badly. When I first started I had no idea about web hosting, so a friend of mine (at the time) said she would help me and host my website on her account. When I was in Berlin she without asking me deleted it completely and I honestly thought I was finished. All of my sales were online so this was huge. I was down for 2 weeks. I’ve had moments like that SO many times (maybe not as extreme, in DVD production, web, and clothing production) but after my little mental breakdown I get up and fix it or start again. Back then when issues like that arose I would take it so badly, want to bang my head on the table. Now, I still have issues that come up, but I don’t lose it like I used to. Because I feel so confident in my brand, in my product. And get to a solution quickly. Plus I’m still learning. ALWAYS learning. Plus there are things that are sometimes out of my control and I accept that. And when things go right… (Coz they do SO MUCH of the time) it’s like Christmas! It’s SO exciting!!!!

We’d love to hear more about your business.
Cleo The Hurricane is a Pole Dance brand with a GLAM Rock N Roll Edge. We specialize in sexy, shiny and cool clothing to make polers feel BAD ASS and confident rocking the pole dance tricks they’ve learnt from our subscription website!

The Cleo brand wants women to feel like Rock stars in their home, at the pole studio or on stage.

The Cleo brand empowers women to SHINE like FUCKING ROCKSTARS! (Am I allowed to cuss? haha)

I am most proud of the community around CRNP (Cleo’s Rock N Pole)! These women ROCK. These women inspire and support each other. I am proud to be in the coolest and funniest industry that is POLE!!!! (And I know I keep talking about women, but there are a few men also!) Because POLE is the funniest and COOLEST art/sport/fitness that I have ever tried and stuck with for so long! It ROCKS!

What were you like growing up?
I was wild. Free spirited. I did what I wanted. A little crazy. I also played drums as a teenager, played in a rock band. LOVED music. LOVED to dance and just move my body!

I did ballet because my parents made me do it. I liked it as a child but as I got older I hated it. I used to run away when I had ballet class. Glad my mum made me do it now though! Definitely helped with my pole dance! 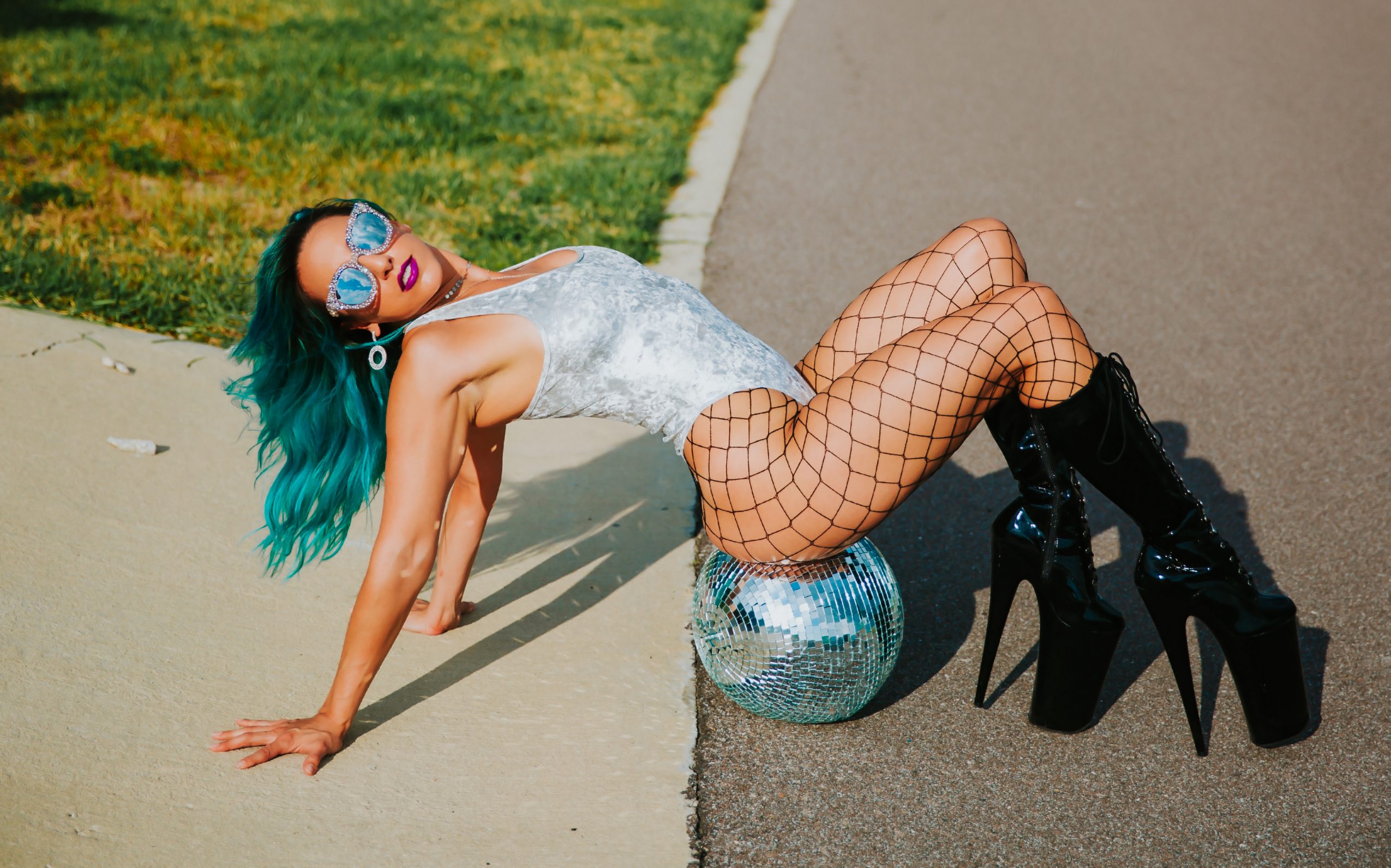 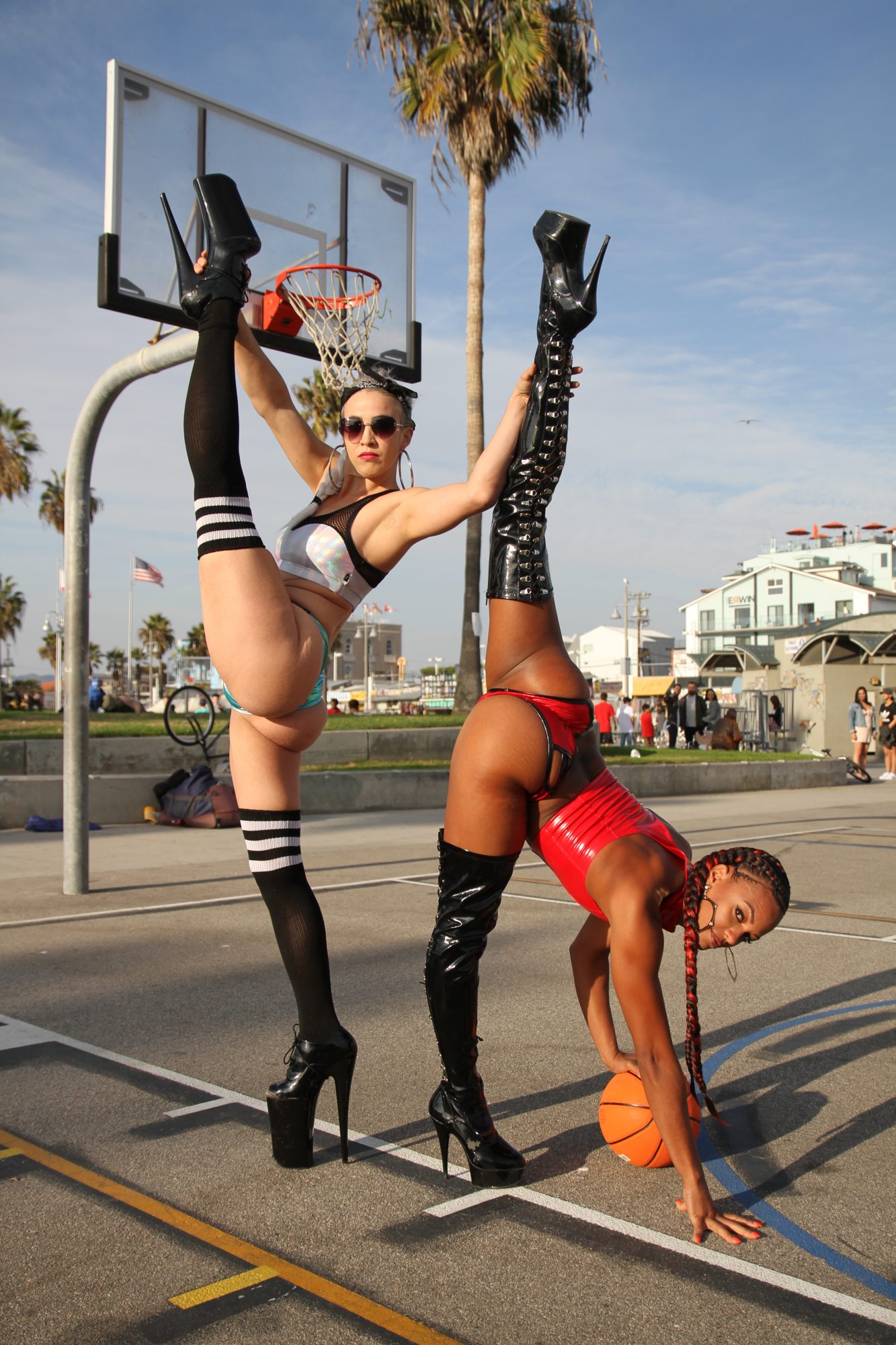 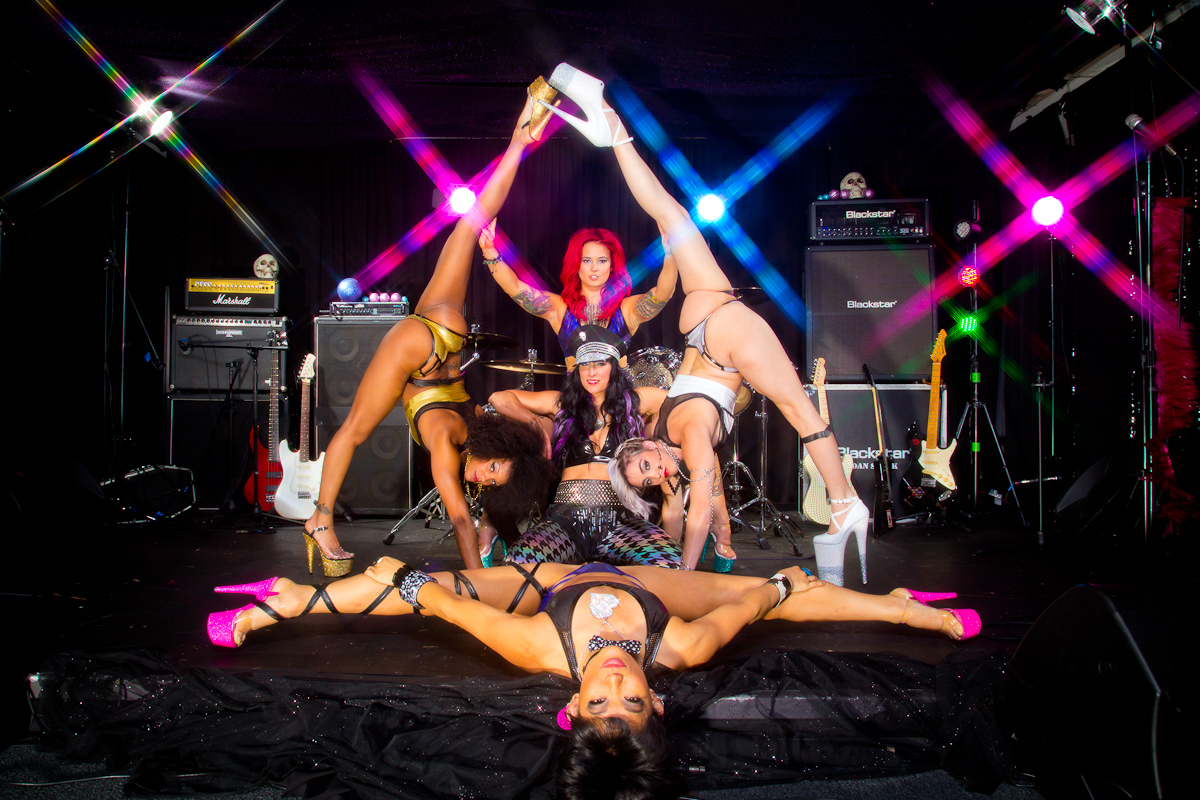 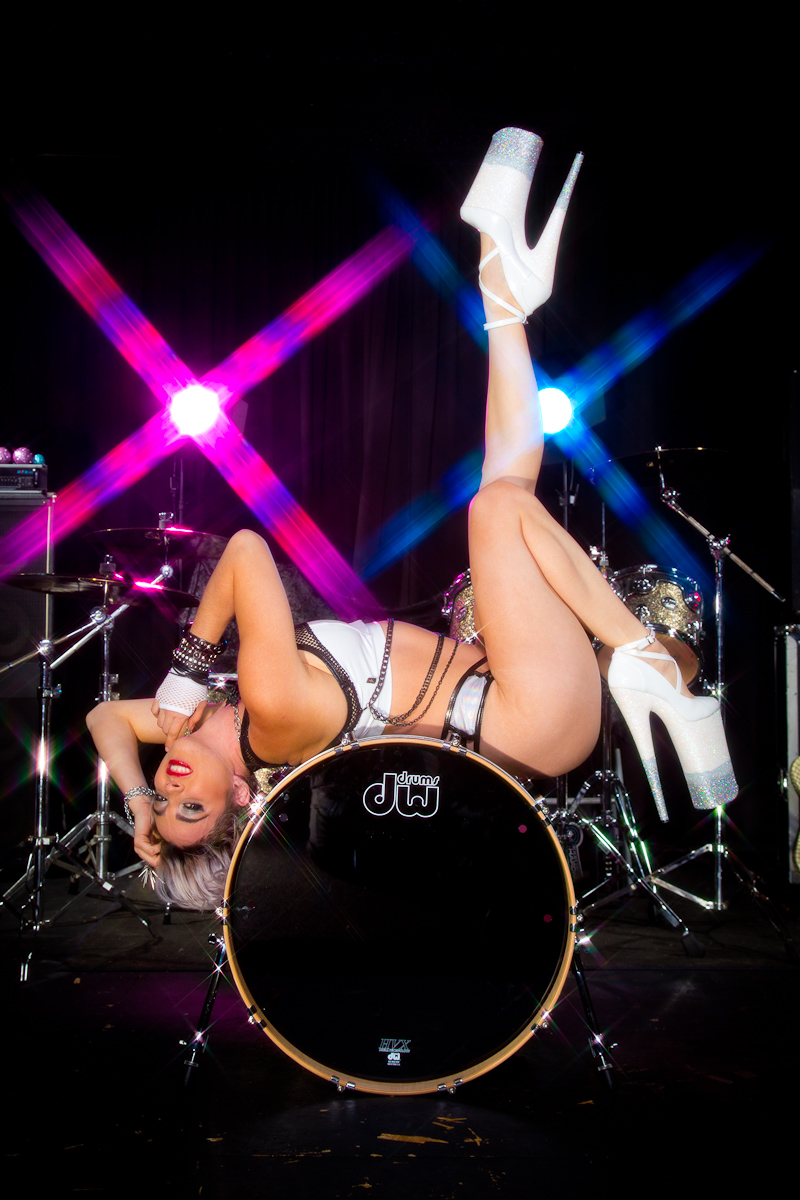 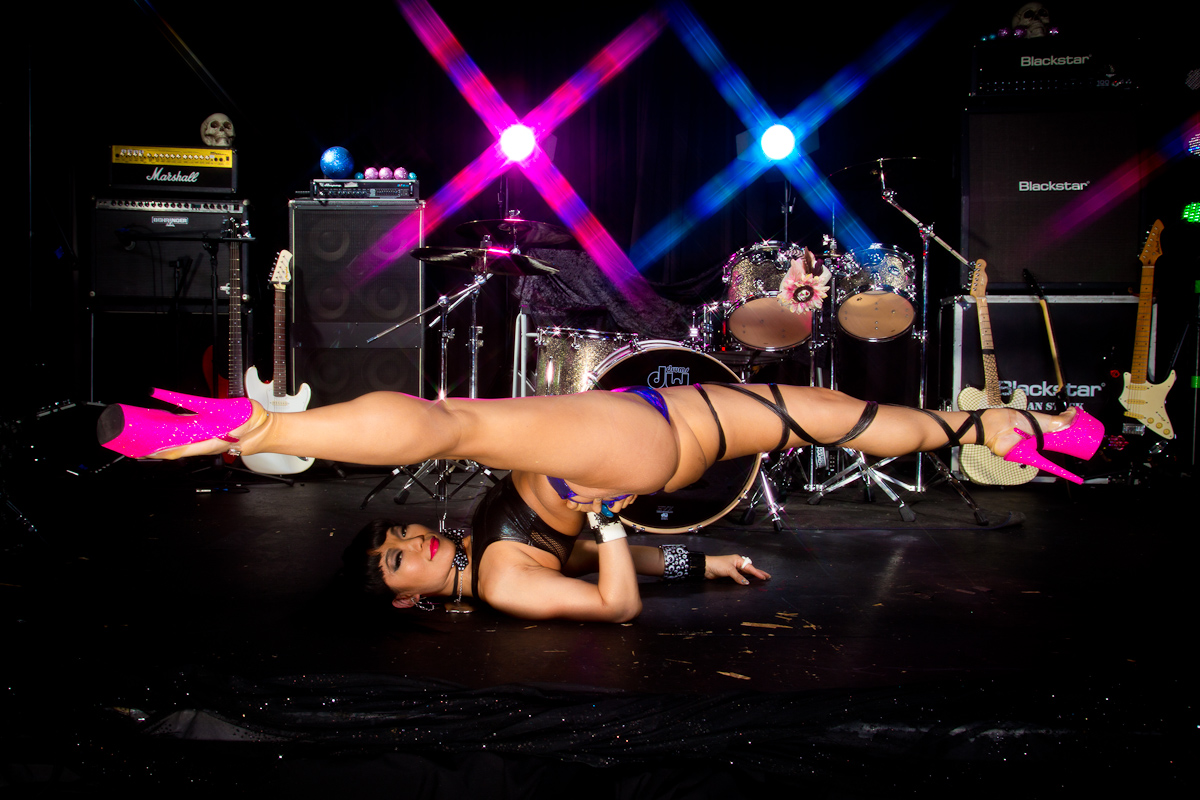 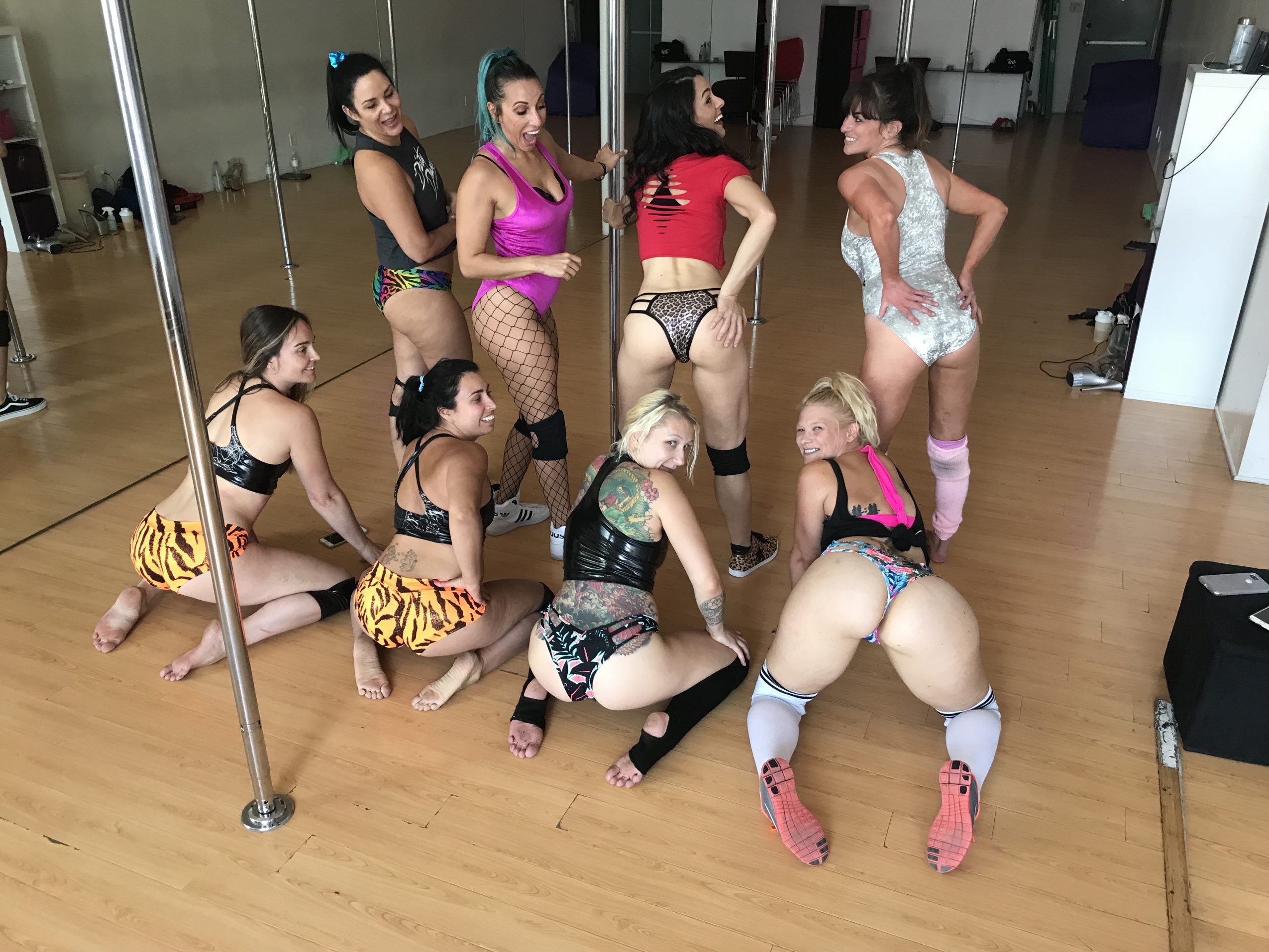 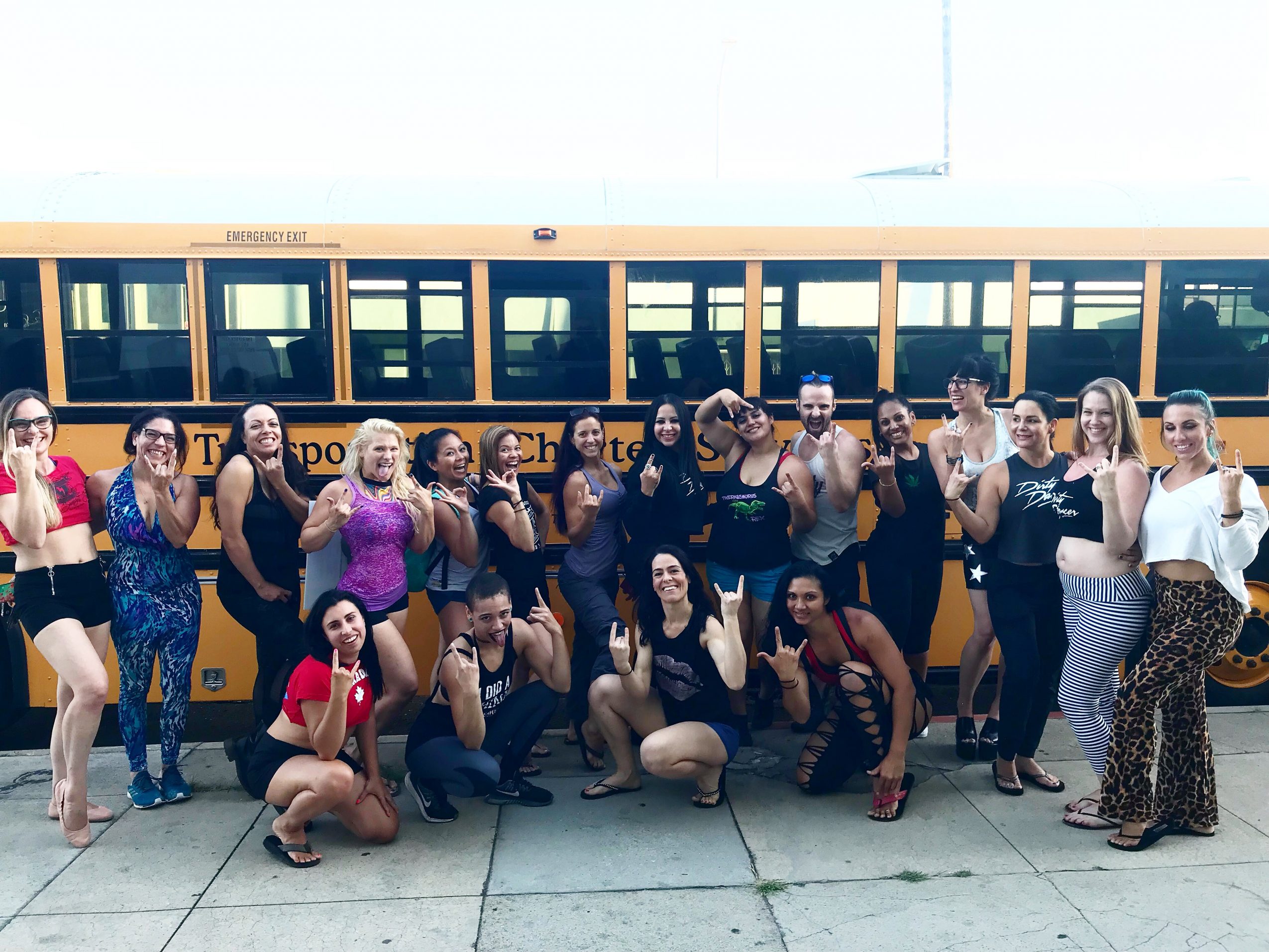